Inhabited by a young professional couple and art collectors, the flat is located in the centre of Milan, inside the Torre al Parco, a building designed by Vico Magistretti and Franco Longoni between 1953 and 1956. A 20-storey residential building, the symbol of an era, which stands on the edge of Sempione Park as one of the most important examples of Milanese living. 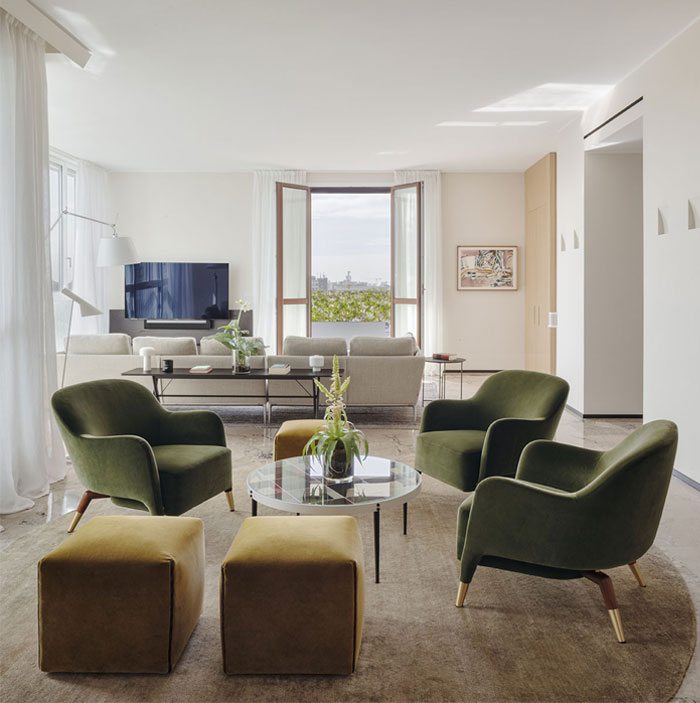 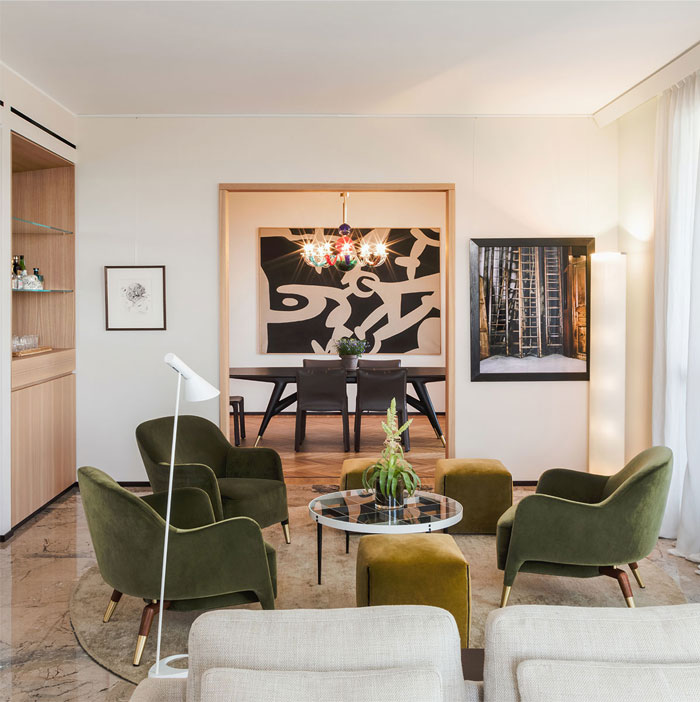 The layout of the flat, located on one of the top floors of the Tower, was completely redesigned by architect Flaviano Capriotti, at the helm of the studio of the same name, who, with a functional approach and respect for the context, created sophisticated interiors, also designing some custommade furnishings. The original finishes have mostly been preserved: a noble material such as marble is used to mark out the various domestic spaces, alternating with herringbone parquet, levelled and sanded. Overall, the stylistic choice was to create a dialogue with Magistretti’s architecture while preserving the concept of a sober, refined bourgeois home, where the high quality of the materials and the functionality of the spaces play a central role. 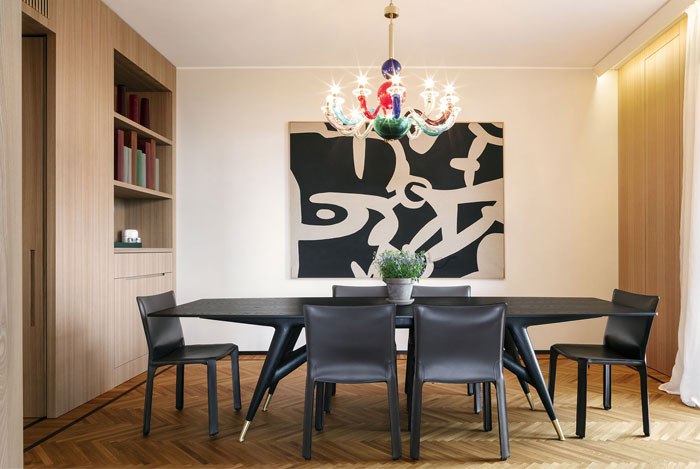 The entrance is configured as a small art gallery with the works in the foreground and is characterised by soft diffused light obtained thanks to the oval ceiling breakthrough, designed by the architect as a reference to Lucio Fontana’s Spatialist movement. Next to the entrance is the study lined with a bookcase in brushed light elm with cherry red lacquered backs containing a collection of early literary works, a series of small sculptures, books and design objects, such as the Eclisse lamp, an icon by Vico Magistretti for Artemide. The table is by AG Fronzoni for Cappellini, while Luisa, designed by Franco Albini for Cassina, was chosen as the seat. 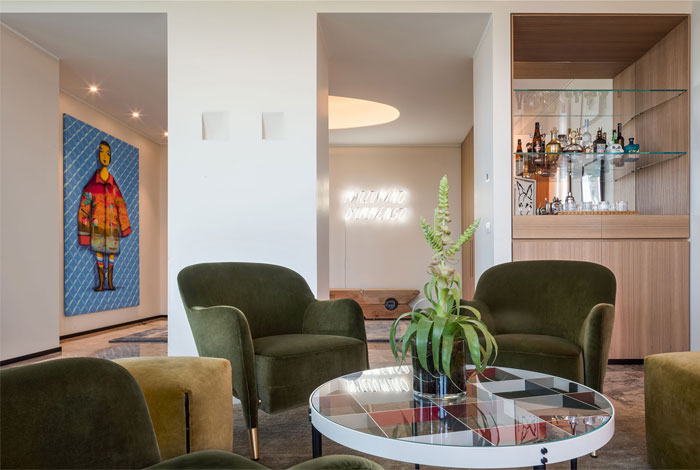 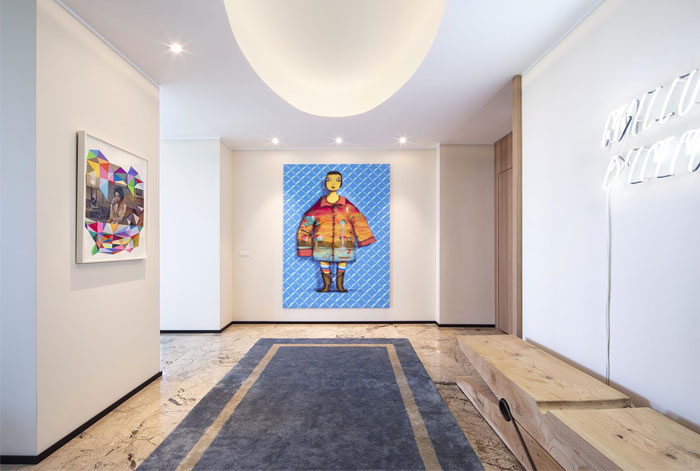 The large, light-filled living area, divided from the dining area by a slender oak casket door, has neutral tones alternating with darker details that recall the veining of the marble. Along with the works of contemporary art on display, Italian design by the masters remains the common thread in the flat: from the moss green D.151.4 armchairs to the D.555.1 glass-topped coffee table designed by Gio Ponti and reissued by Molteni&C; from the sofa by Antonio Citterio for B&B to the Tolomeo Maxi lamp by Michele De Lucchi for Artemide. In the dining room, the light elm wood panelling contrasts with the warmer, darker tone of the Cab 412 leather chairs by Mario Bellini for Cassina and the table made by Molteni&C to a design by Gio Ponti, who also designed the multicoloured chandelier for Venini. 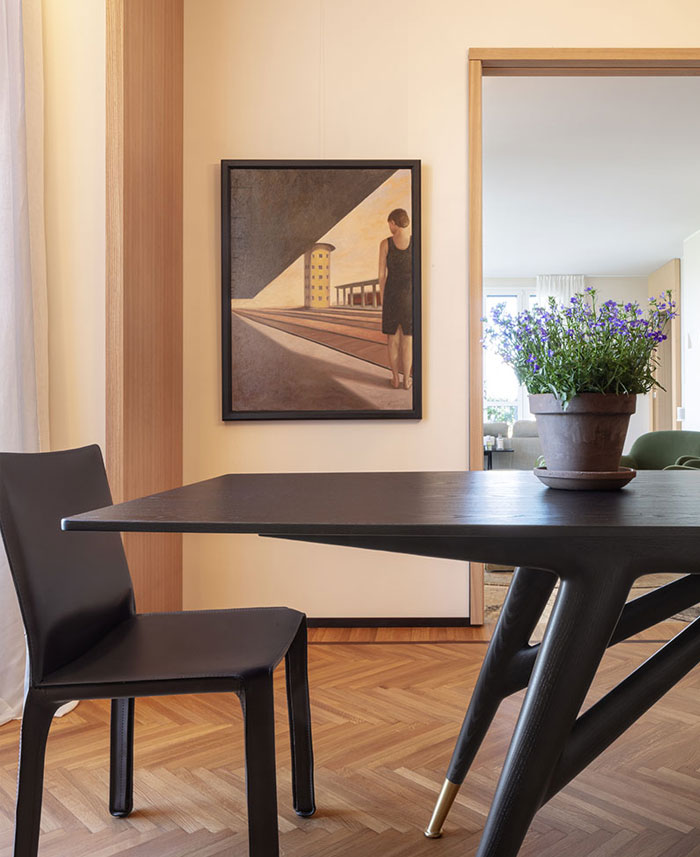 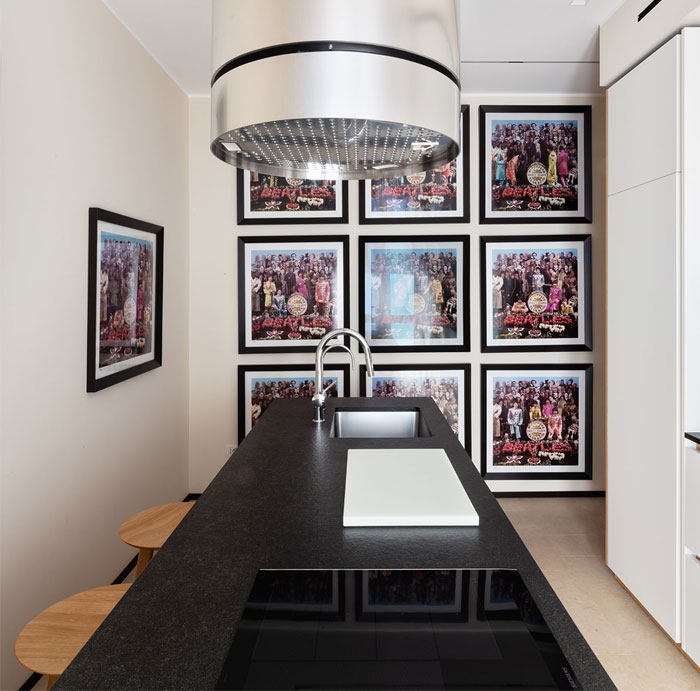 The kitchen, with its clean, essential lines, plays on the alternation of black and white. The master bedroom is enriched by a wall covered with Principessa Kocacin wallpaper by Rubelli, while lamps by Michael Anastassiades for Flos rest on Kelly bedside tables made by Emmanuel Gallina for Poliform. The home also includes a guest room, a wardrobe area and four bathrooms, including one with Hermès wallpaper and a floor and washbasin in polished Navona Travertine marble, which gives a very soft effect to the entire space. 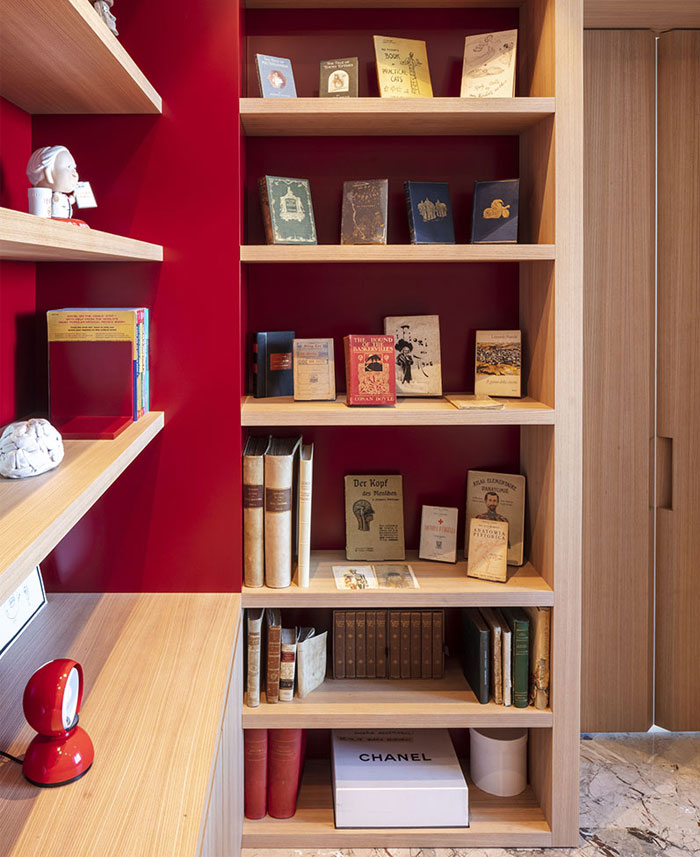 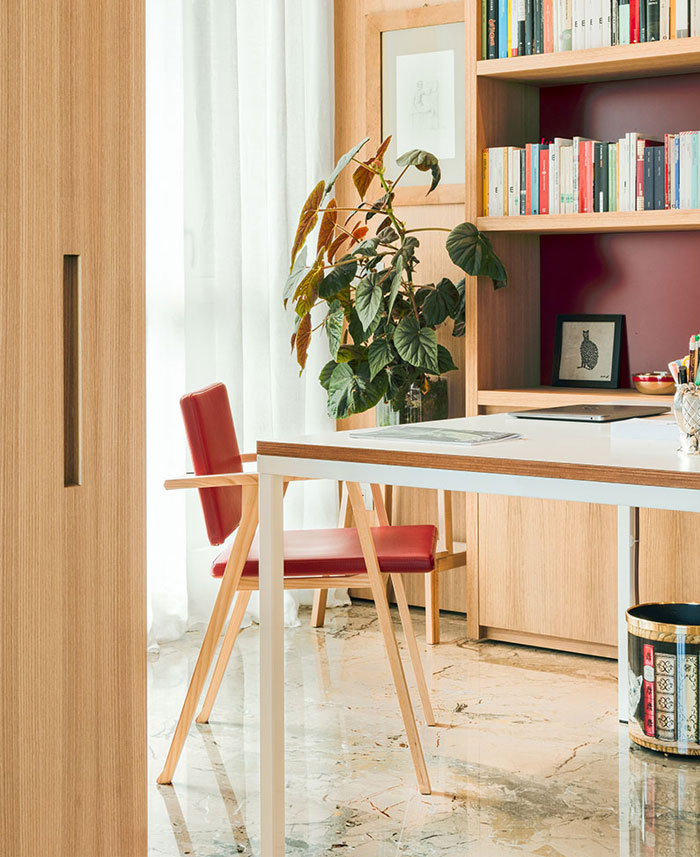 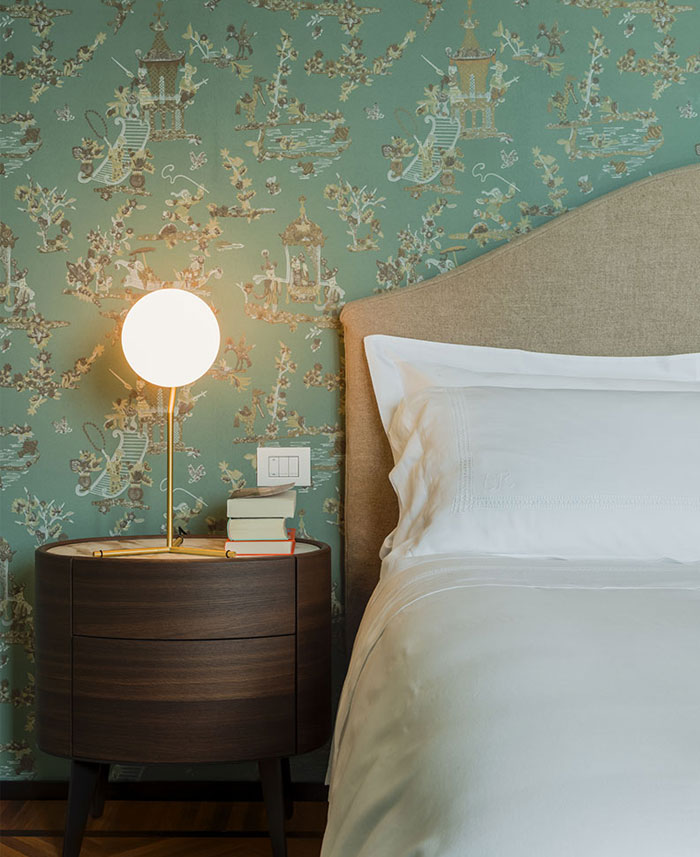 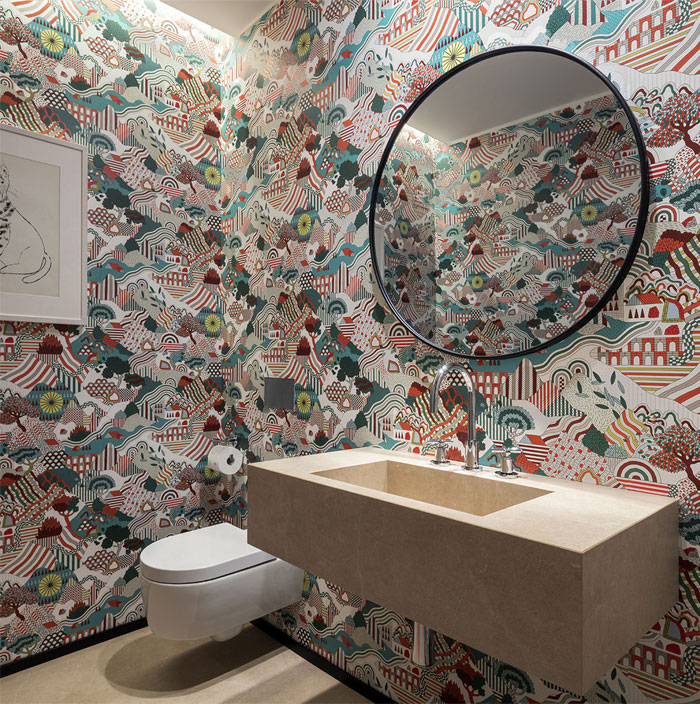