Shiroiya Ryokan was established in Maebashi, Gunma Prefecture during the Edo period and closed in 2008, despite having a history of about 300 years. It was reopened in December 2020 as SHIROIYA HOTEL which was designed by the architect Sou Fujimoto. 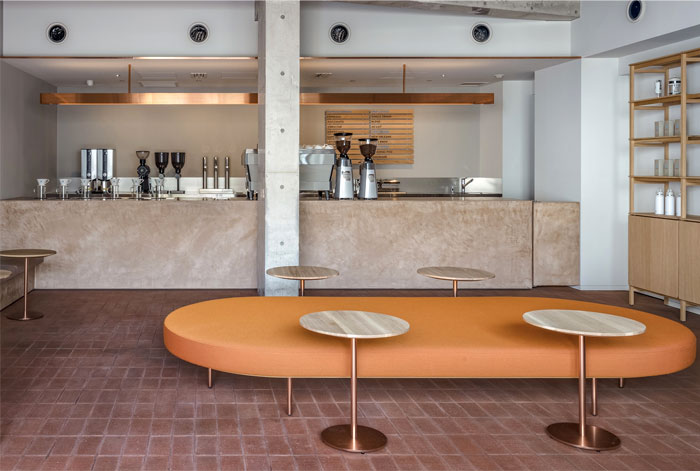 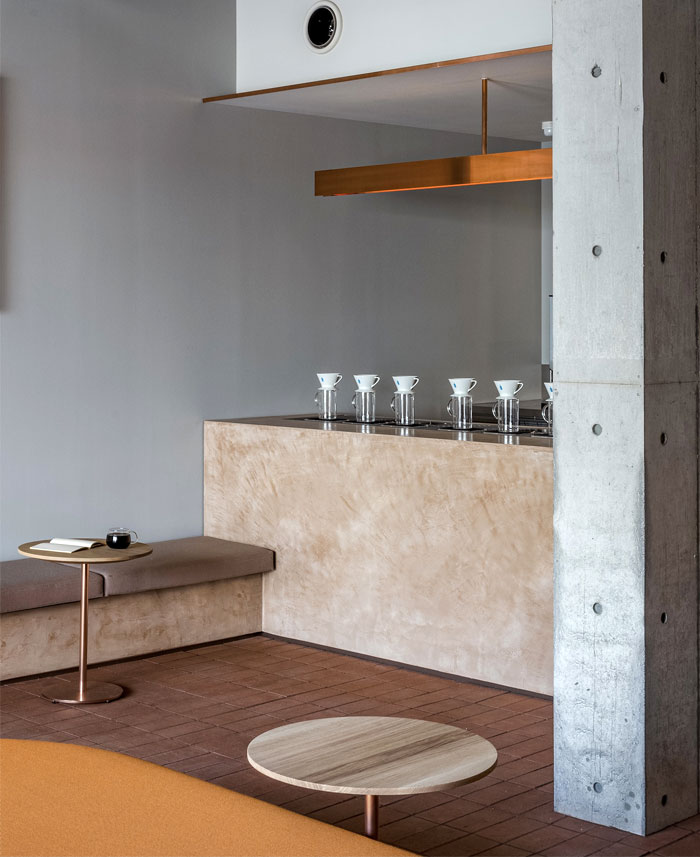 The new hotel consists of two buildings; the Heritage Tower, a drastic renovation of the former Shiroiya building, and the Green Tower, a newly constructed building inspired by the banks of the old Tone River. The new Blue Bottle Coffee was designed inside a cave-like space within the Green Tower. 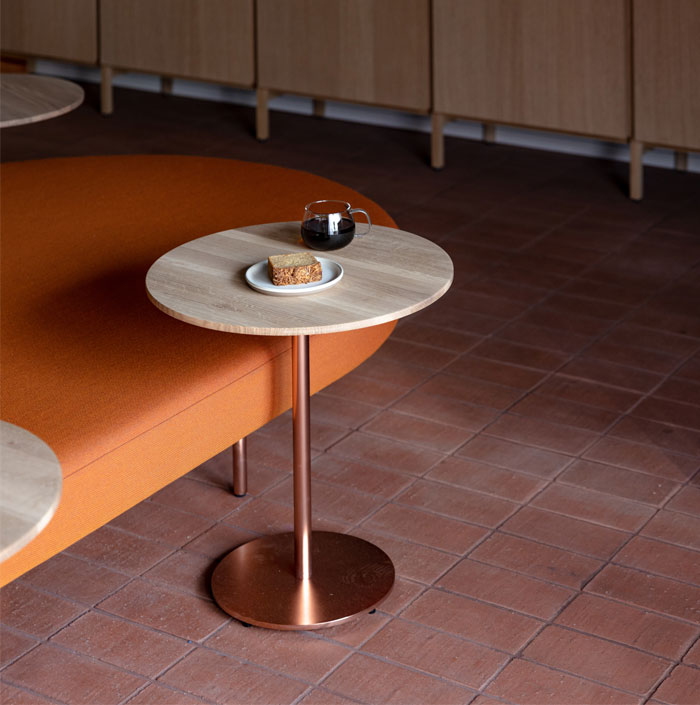 We wanted to utilize the coziness of being inside a cave-like space as well as maximize the limited light we can bring in by situating a large sliding door on the north façade. Additionally, in order to respect precedent designs of Blue Bottle Coffee cafes, we situated the bar counter in a prominent location so that it can be viewed from outside. Although it is a relatively small space, we tried to create a park-like environment where one can casually sit by providing sofa benches as the main type of seating. In particular, we ensured that the large sofa located in the middle would be comfortable for customers of all ages, from small children, parents to the elderly, so that the space would feel welcoming to everyone. 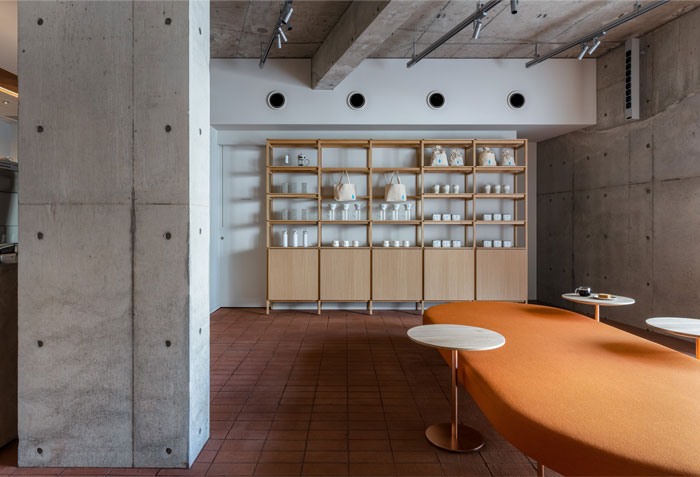 In order to bring in local design elements, bricks which are found in many historical buildings in Maebashi, as well as the SHIROIYA HOTEL was used for the floors, and the bar counter was finished by a local plasterer considering the relationship with the color of the bricks. Responding to the textures of the bricks and the counters, we chose copper with a slight shimmer for the lighting fixtures and furniture, paper cords for the entrance handle, and upholstery for the sofas which are a collection of materials that are tactile and felt by touch. Similar to the Blue Bottle Coffee Shibuya café, we have designed the furniture specifically for this café in collaboration with Karimoku Furniture. 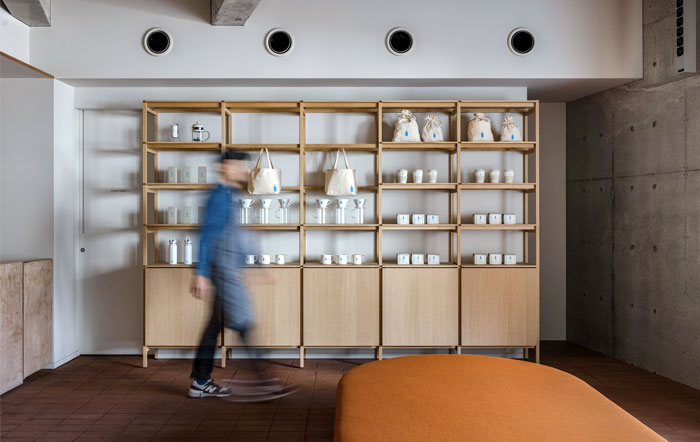 As a continuation of artworks that have already been exhibited at the SHIROIYA HOTEL, local artist Yoshio Shirakawa’s new piece was chosen to be displayed at the café as well. Shirakawa has been one of the first artists in Japan to express relationships with the local community through art. His new piece titled `Akagiyama Dragon Body` is inspired by the history of Maebashi, depicting how nurturing the culture transforms the region into a new form. 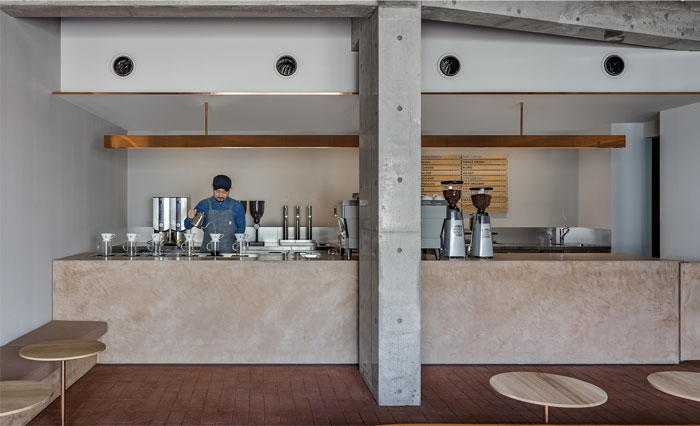 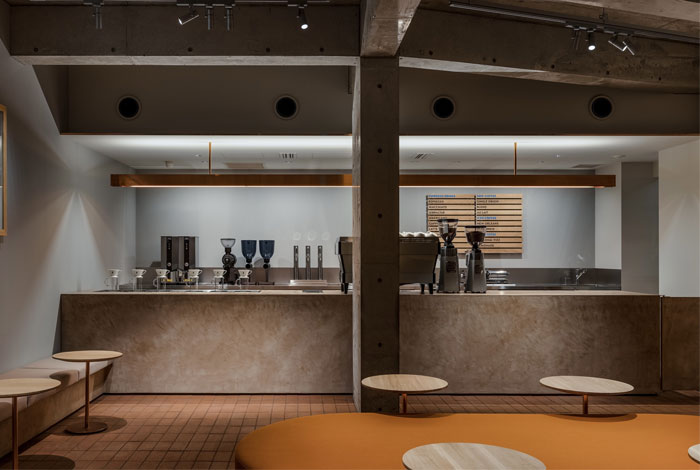 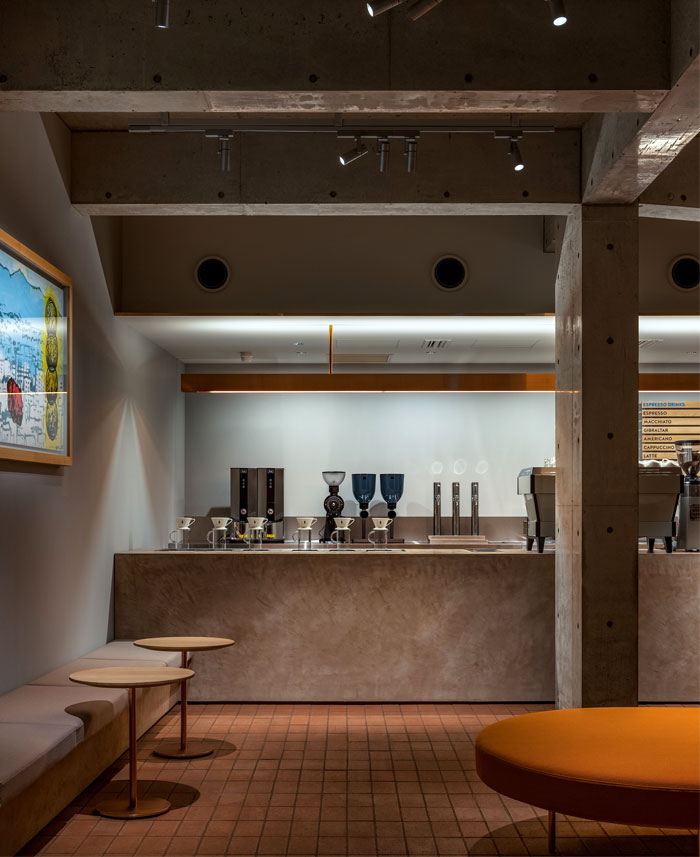 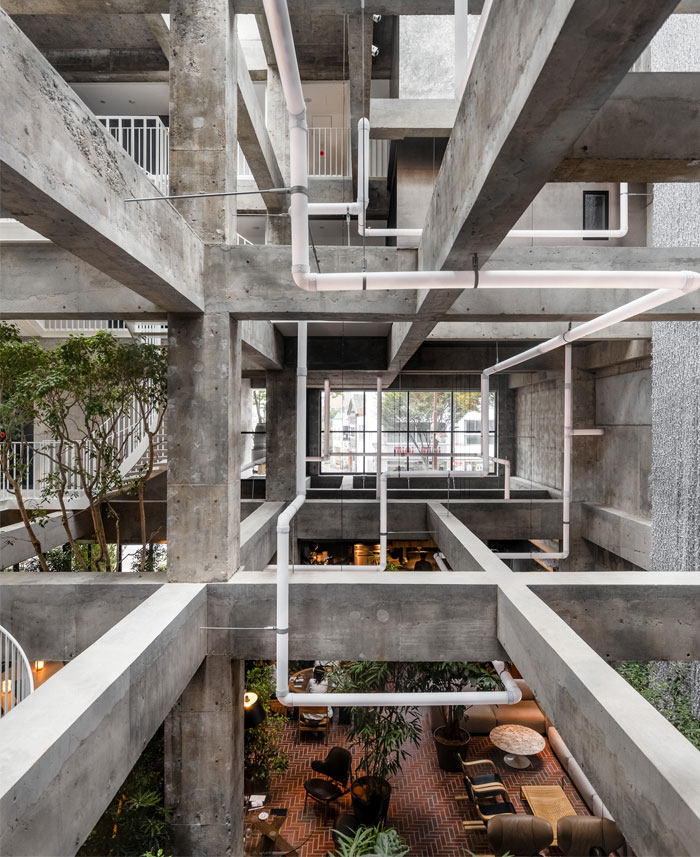 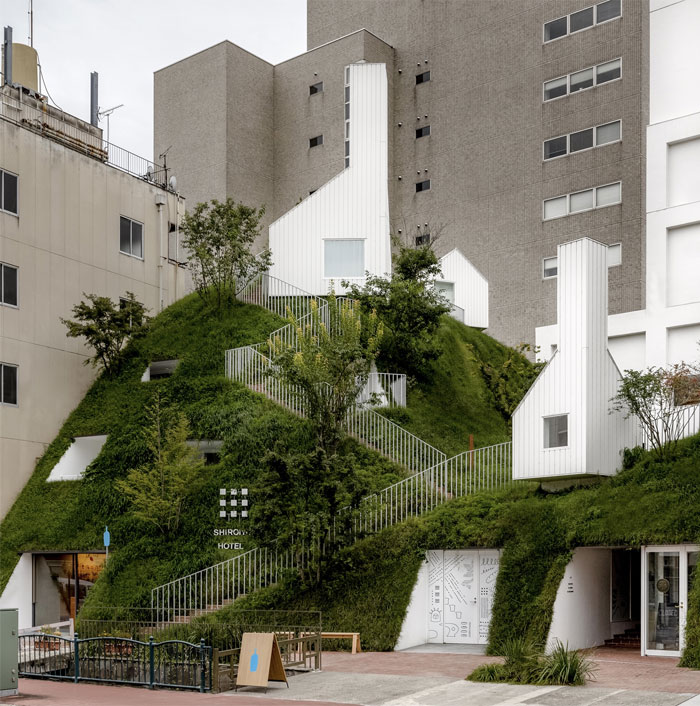 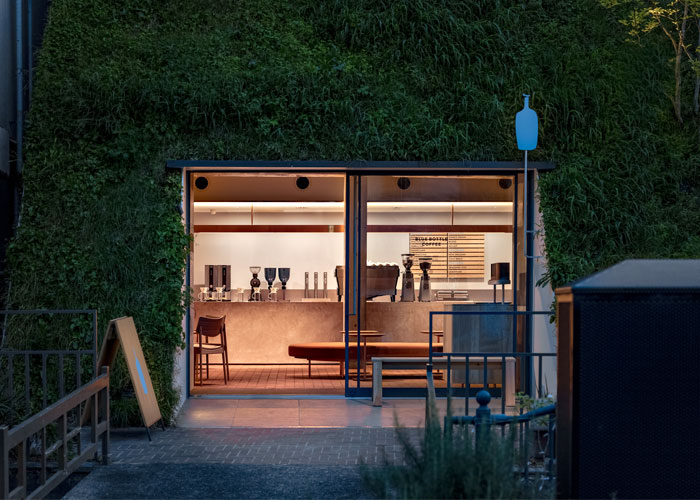