Horacio and Vanesa’s childhood memories are linked to the fertile plain of Granada; the murmur of the irrigation channels, the coolness in the shade of the poplars, the materiality and the light inside the dryers or the distant landscape of Sierra Nevada. In 2017, after acquiring a plot near Albolote, at the foot of the Tajo Colorao and in front of an olive grove, they commissioned us to build a house with the wish that we would try to link that agricultural image of the plain that resided in their memory with their needs. The plot is of narrow proportions, a situation aggravated by the existence of a right-of-way for use of the acequiero on one of the long sides. This route is necessary to carry out the daily maintenance of the ditch that adjoins one of the short sides. 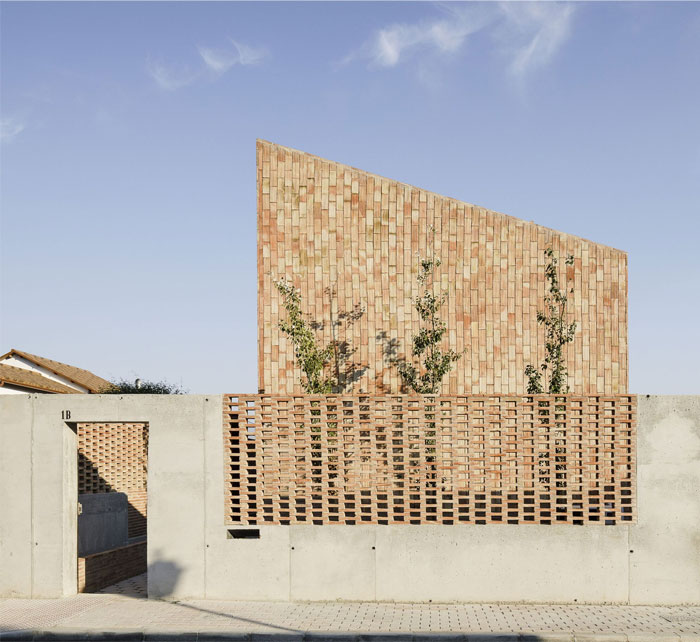 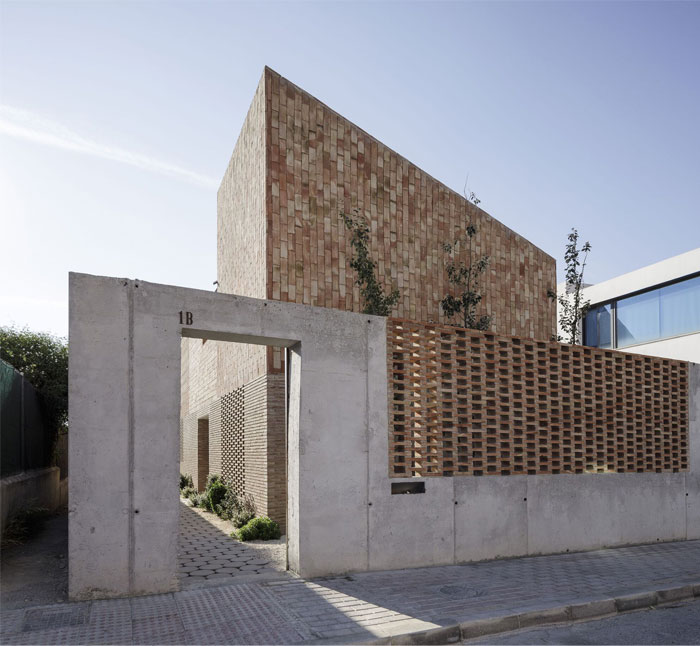 The balance between the wishes and memories of an agricultural nature of the clients with their needs was materialized through the elements present in the place and in the adjoining agricultural infrastructures. A poplar plantation arises as a welcome area and an elevated ditch accompanies from the entrance of the house to the pool. A large sunny orchard area is set up next to a pergola for relaxation. Among these elements and in relation to them is the house, of simple but careful construction, which shows concrete and ceramic brick as the main materials. 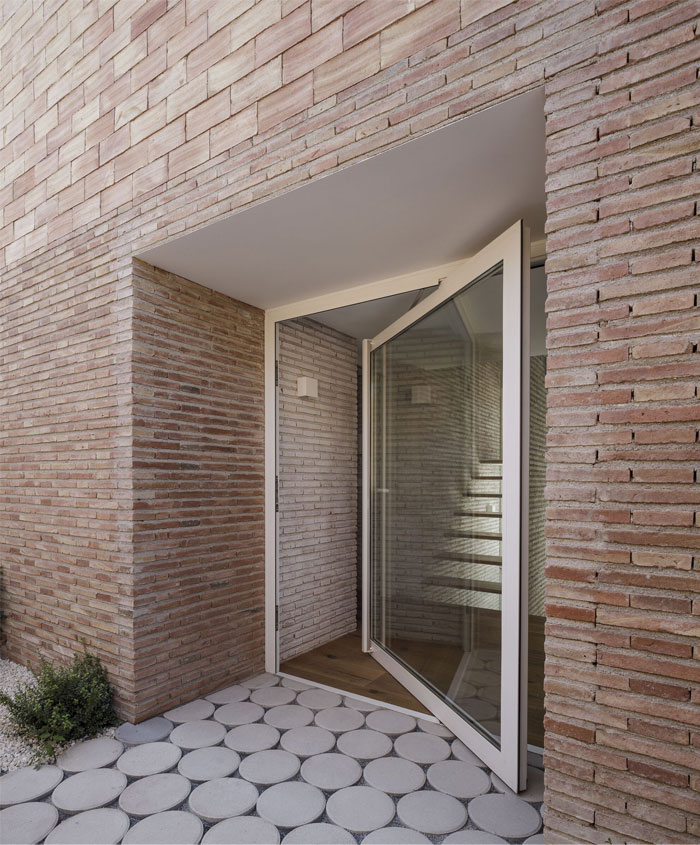 The project tried to respond to the geometry of the plot by adopting an elongated configuration, which is reminiscent of tobacco drying rooms. This situation allowed an interesting relationship and exchange between the two long facades, due to their proximity. We proposed a series of sections that responded to the different boundary conditions depending on their position. Thus, opaque walls of different heights appeared, covered with different slopes, skylights, lattices, and windows according to the chance for distant views, direct entry or filtered light, the presence of nearby buildings, contact with the irrigation ditch or the orchard, and the need for privacy. 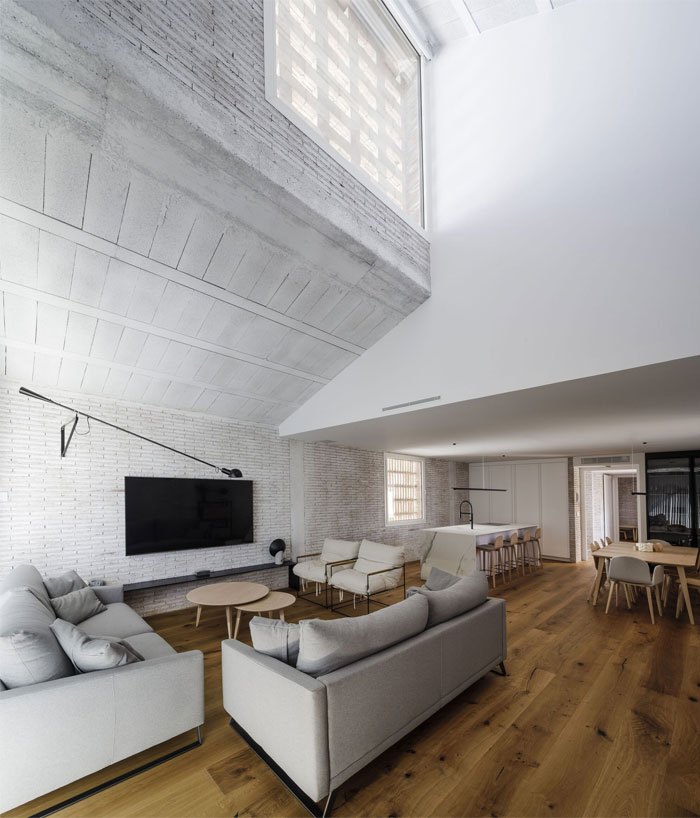 It was our intention that in certain points of the house there would be views that would cross it completely, allowing light, air, the sound of water, and the gaze to pass through the space contained inside the bay. Vanesa, Horacio, Marco, and Mauro could go through the volume longitudinally, through the sections that follow one another, and establish changing spatial relationships according to the hours of the day and the seasons. 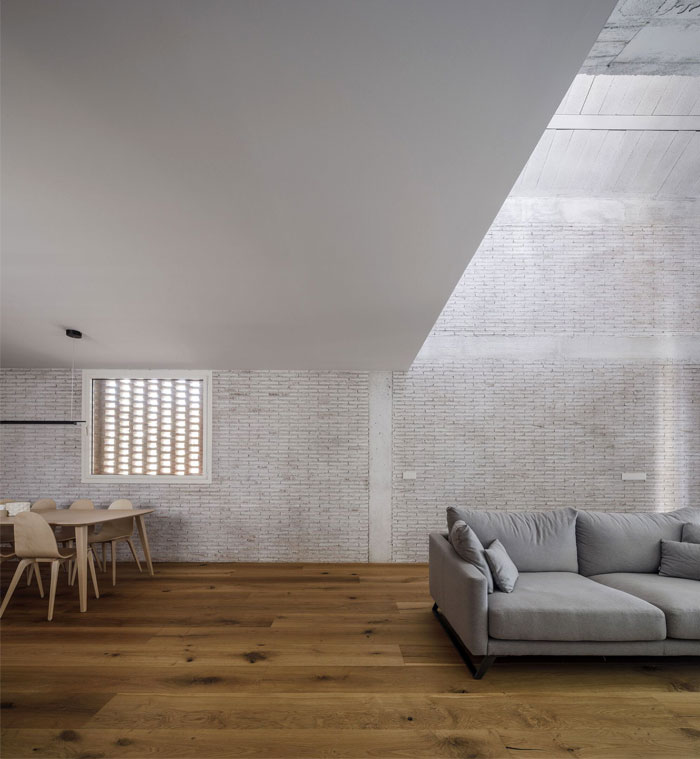 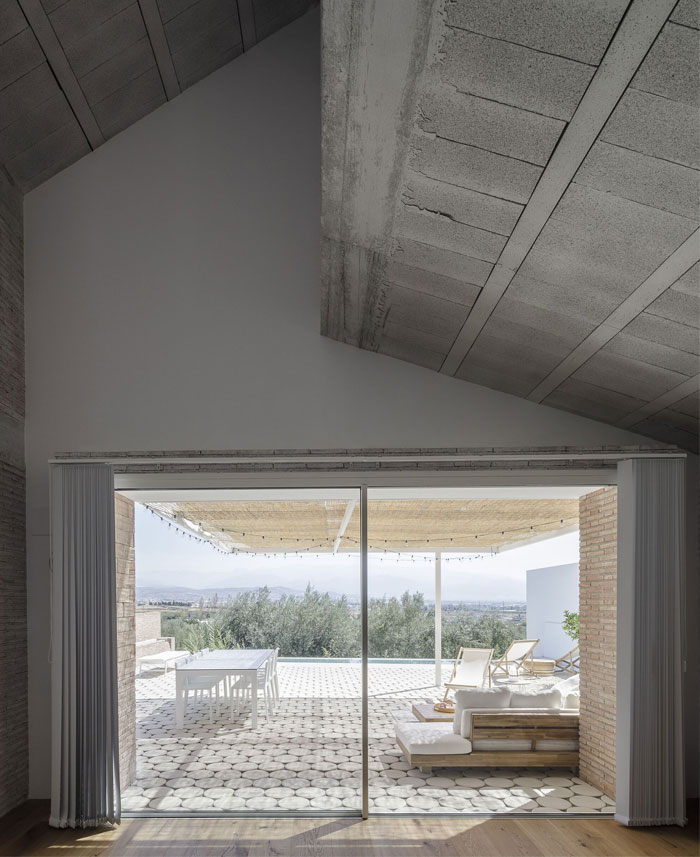 The Viva la Vega house serves as a manifesto and transmitting element of the love that clients profess to this agricultural territory to their two children, allowing them to also enjoy an atmosphere similar to that of their childhood. 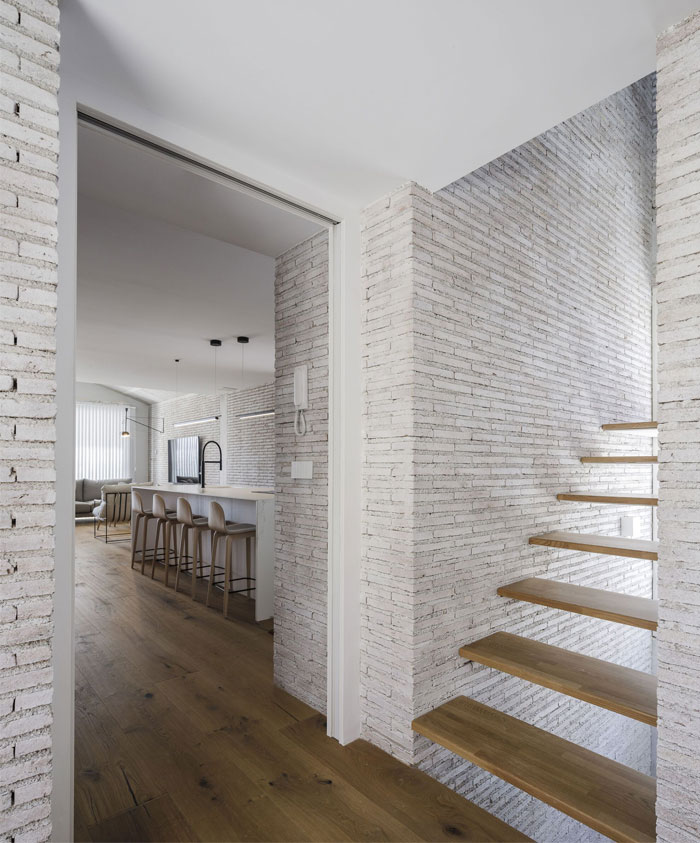 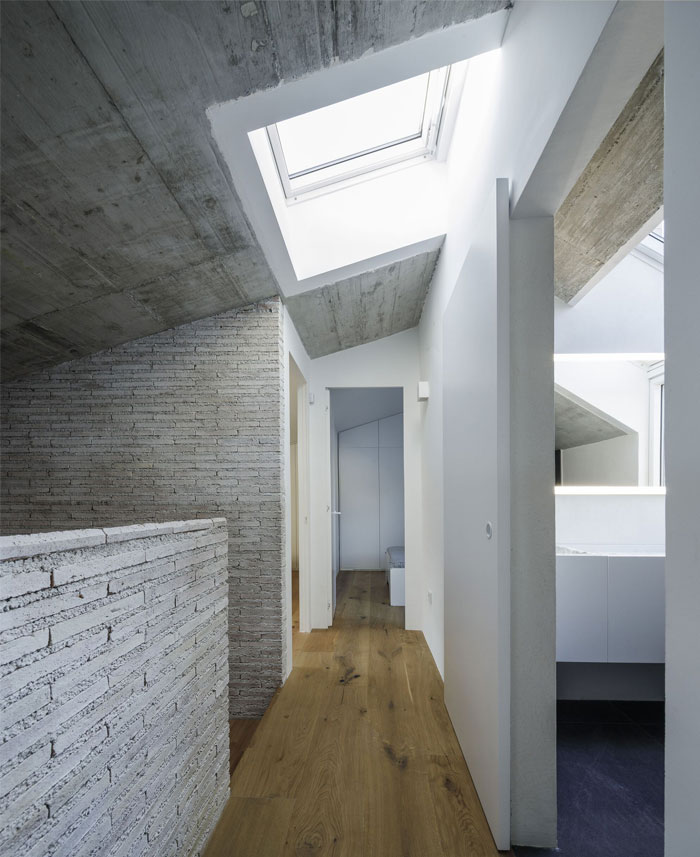 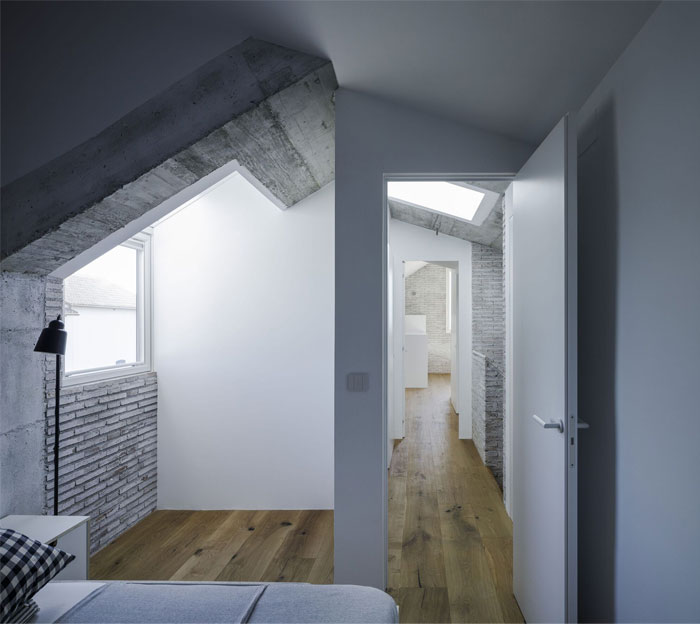 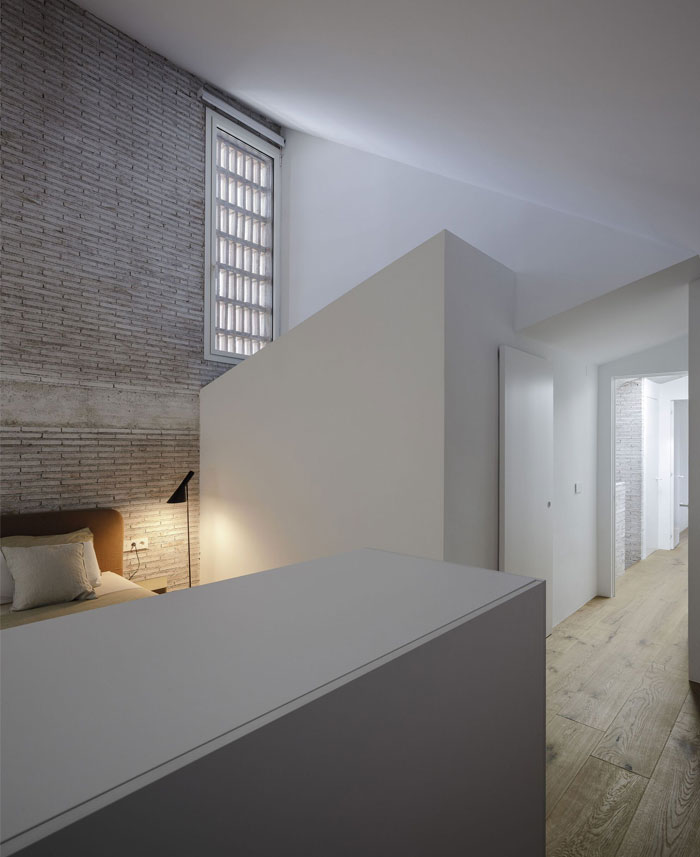 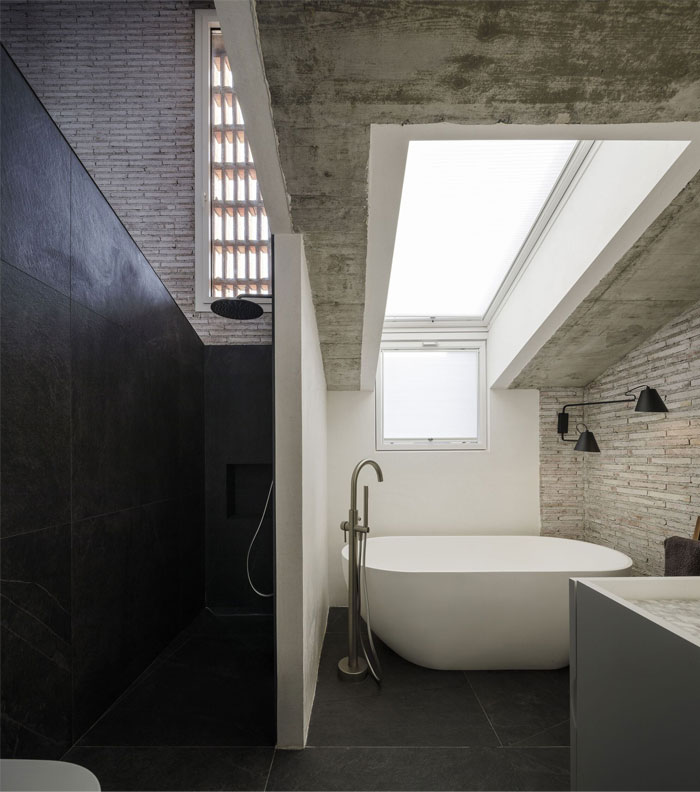 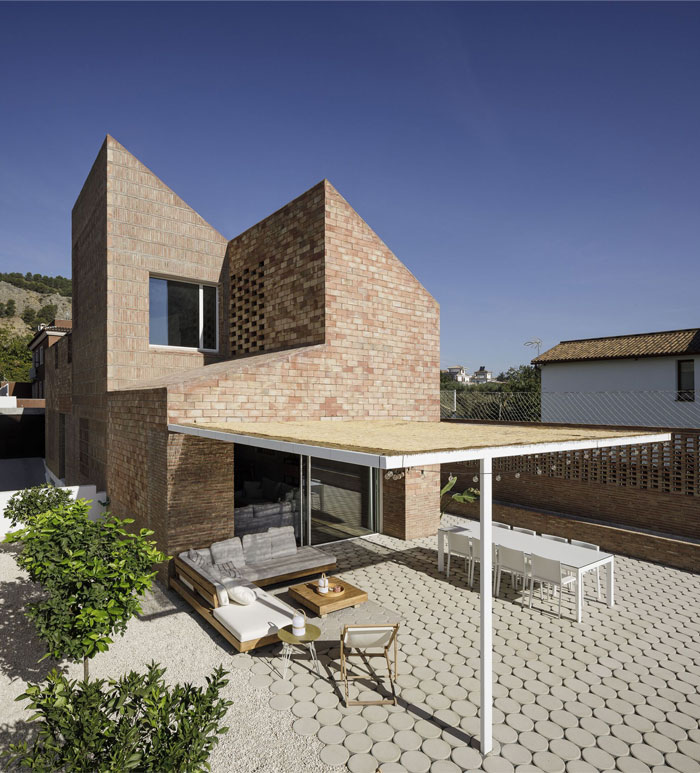 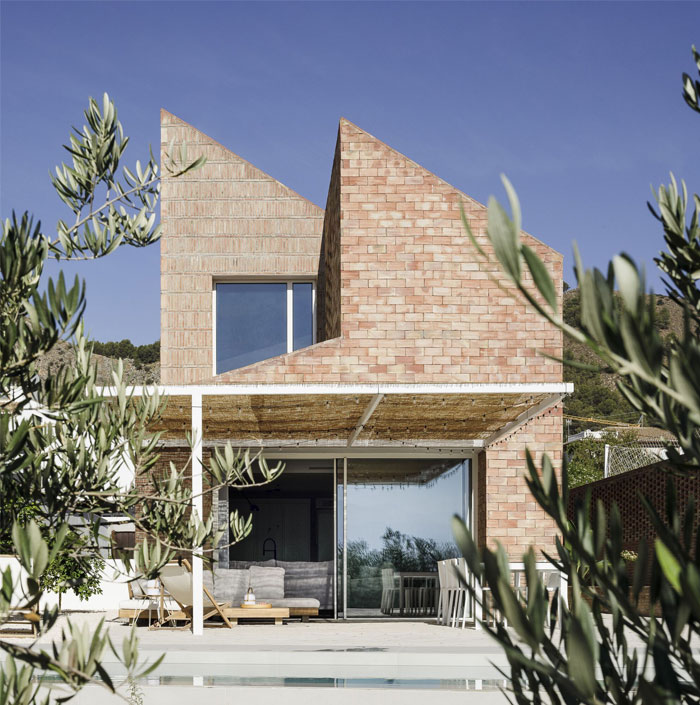 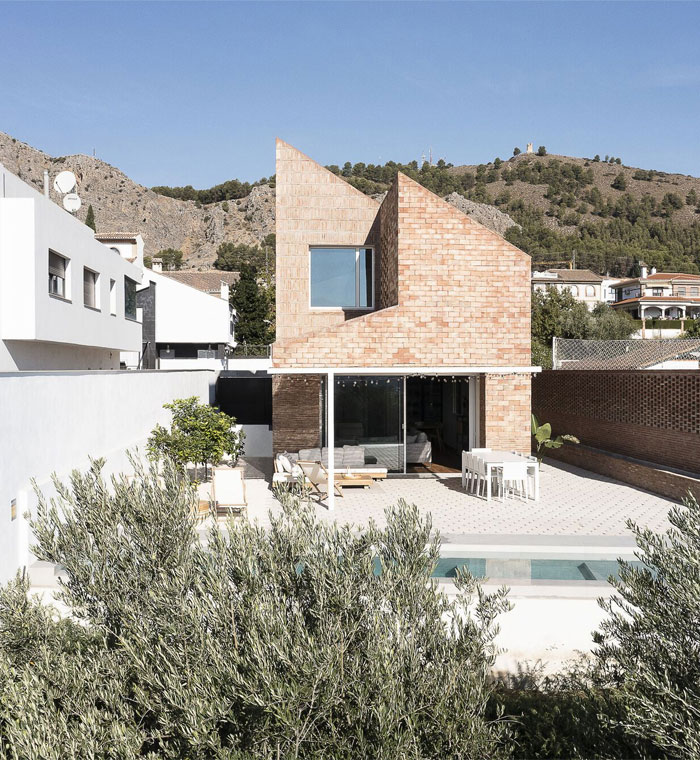