L’Esquirol House is situated in a row house of several storeys in the village of the same name in the county of Osona. Francesc, one of the children of the house’s owners, contacted Sau Taller d’Arquitectura, a Catalan practice with a great deal of experience in this type of intervention, to turn the ground floor into a separate dwelling, independent of the rest of the building. Francesc’s objective was to live in “a house with large shared spaces, with lots of light and easy access”, and for his mother to continue living independently. This meant that the biggest challenge of the project was climate control, addressing both lighting and ventilation. 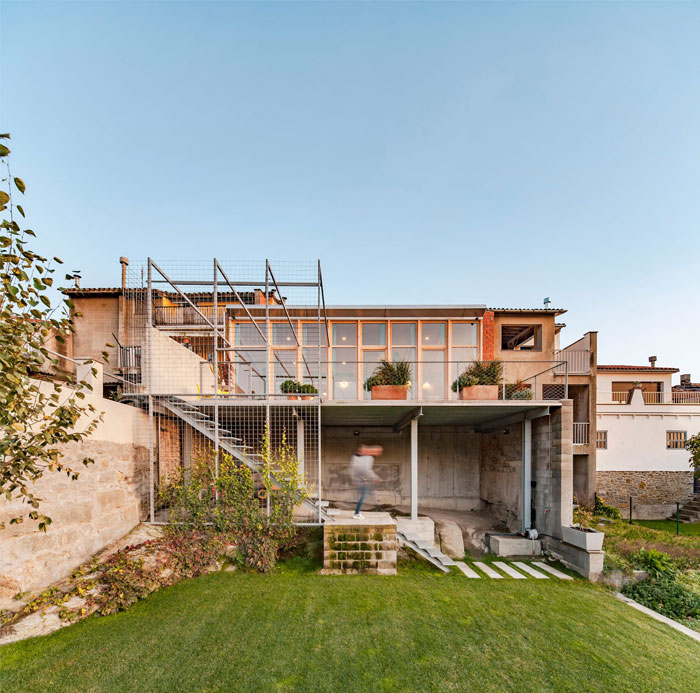 To respond to the needs of the brief, five metres of the courtyard to the rear were incorporated into the dwelling and, in keeping with regulations on sloping roofs, Sau Taller d’Arquitectura proposed a V-shaped roof that gives the dwelling views, as well as limiting the headroom inside and ensuring the resulting volume does not deprive the pre-existing house
on the first floor of views, light and ventilation. The chosen solution also generates a linear opening right across the rear façade, facing southwest and overlooking the market garden plots in the area, which guarantees light and ventilation in the central space. 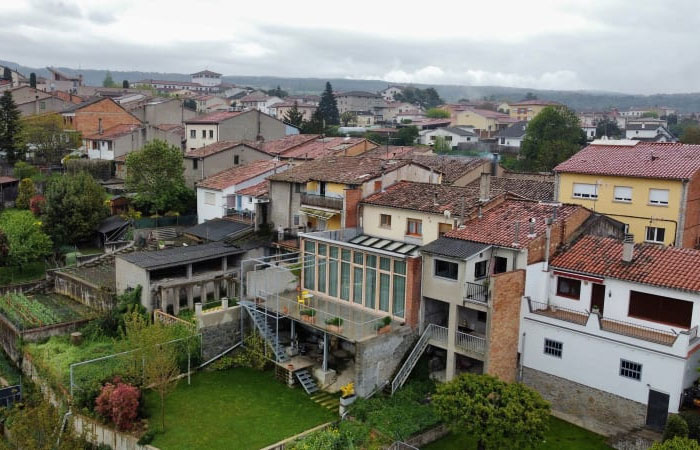 This V-shaped roof, however, involves some technical complications, especially for shedding water. To solve these issue, a large reinforced concrete beam-channel was built between the two party walls to collect rainwater from both slopes and serve as a support for the roof beams, while organizing the indoor space. 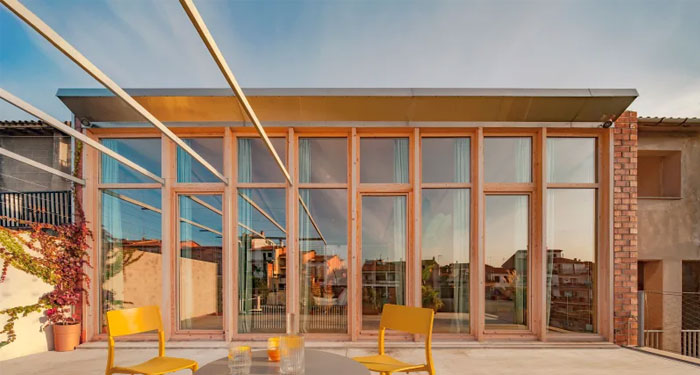 In terms of layout, the floor space is divided into interrelated bays, three inside and two outside. The first is a filter between the outside and the dwelling, containing the entrance and a parking space. The kitchen, bathrooms and studio are situated at the centre of the floorplan, where they receive daylight and natural ventilation through the opening in the roof.

The third bay houses the living room and the bedroom that connects in the form of an extension with the outside, a raised patio-terrace that offers a vantage point to enjoy the sunsets. The final bay is a back garden on a lower level, blending in with the market garden land of L’Esquirol and its native vegetation. 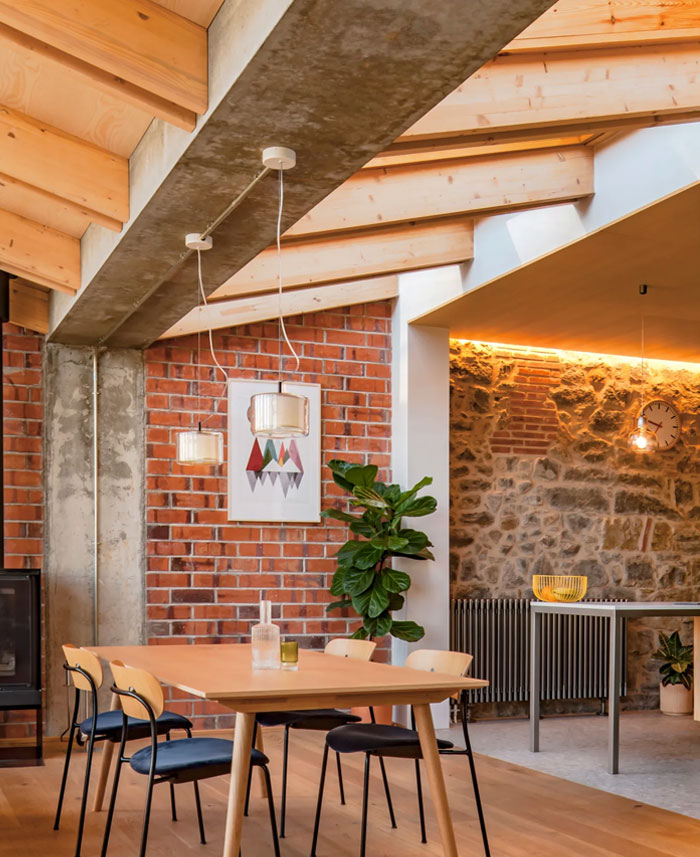 To guarantee that the light from the rear façade and through the roof opening floods the entire interior of the dwelling, the walls stop short of the ceiling and the elements parallel to the façade are made of glass, playing with different degrees of transparency according to the privacy of each space. 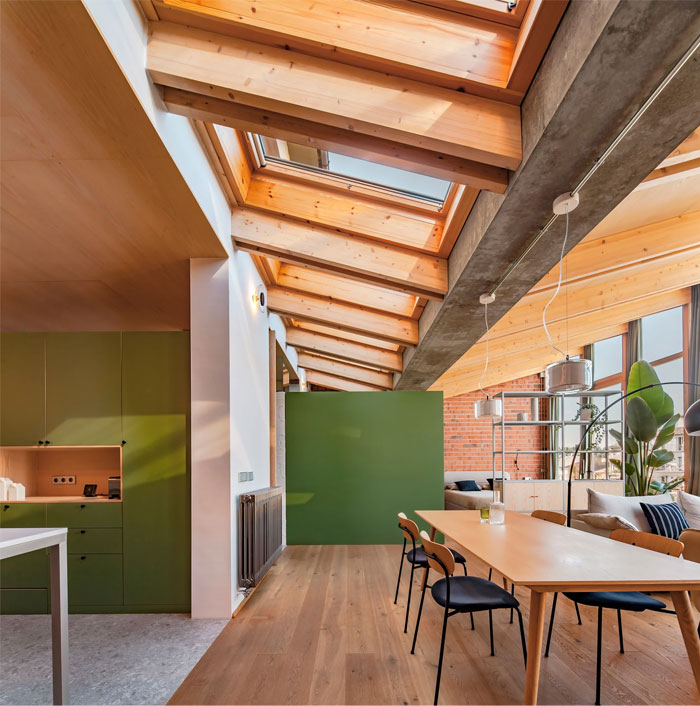 To adapt to budgetary limitations, Sau Taller d’Arquitectura approached L’Esquirol House as an eminently tectonic project, employing great precision in the choice of materials at all times. This is not just so that they illustrate the construction requirements and reveal the relationship between the pre-existing and the new, but also to meet the goal of leaving the project as stripped back as possible. 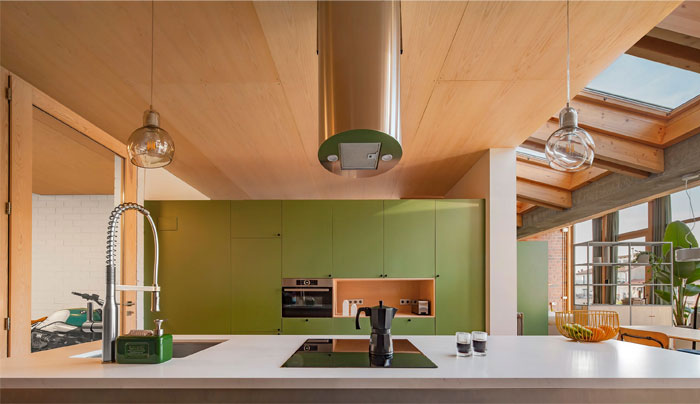 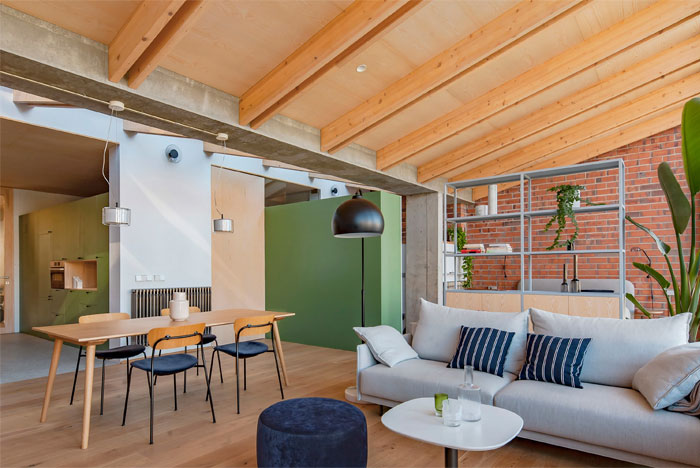