The architectural design of Estúdio Lapinha was conceived to be executed in two stages. The first was the construction of a modular housing inside two containers, exhibited at CASACOR Minas 2021. The second will be completed after its disassembly and reassembly in Lapinha da Serra, where it will serve as accommodation. 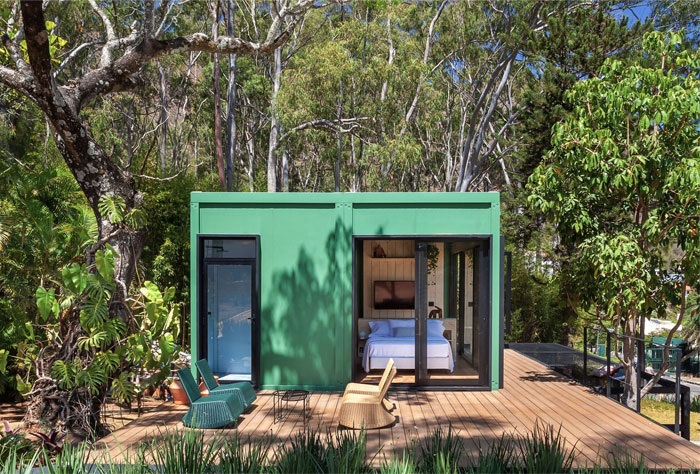 The construction process guided the project. Two container modules were attached laterally, their industrialized components exposed without camouflage. The hydraulics are concentrated in one wall, creating the infrastructural module. This strategy, apart from reducing costs, frees the rest of the space. Therefore, the other container is a flexible, indeterminate module, a free plan, which, in this edition, receives Estúdio Lapinha’s furniture. 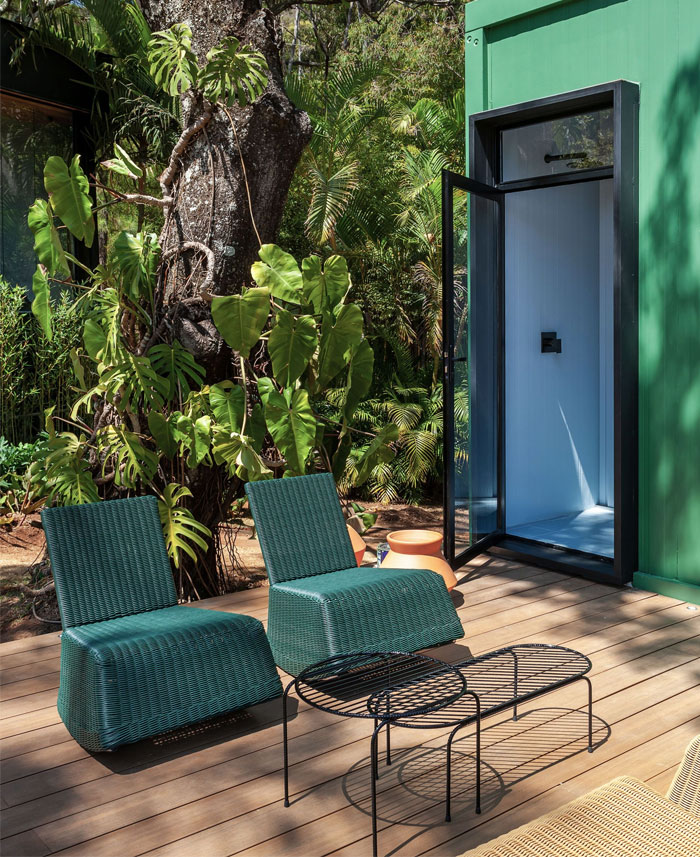 Inside, profiles on the floor and ceiling tie up the containers encounter loose frieze, and facilitate decoupling for transport. To reveal the construction system, the materials and colors differentiate the flexibility from the infrastructural module. The first is green and lodges the double bed and the naval plywood joinery. The second is earthy orange in the kitchen and blue in the ensuite. Partition walls separate the sink from the shower and toilet tub, optimizing the use of this area. The shower stall is a hybrid space as it is connected to the external deck by a glass door. The guest enjoys the view even while showering. 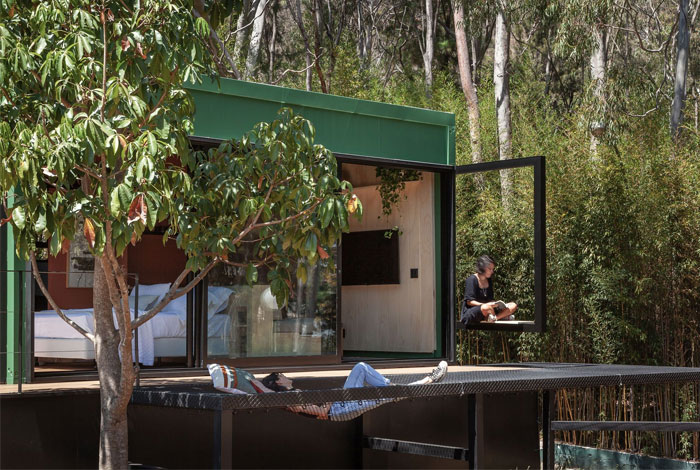 The landscape is the protagonist. The space is built for contemplation. Wide glass doors dissolve the boundaries between exterior and interior. The tones bring nature into this refuge. 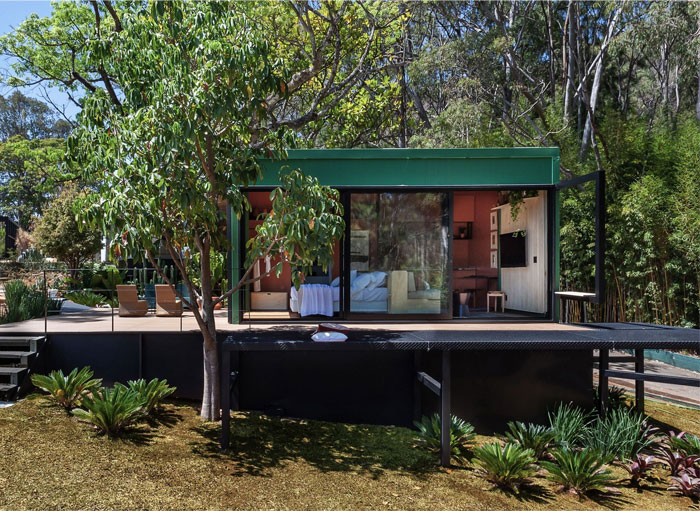 In addition to being a single physical space, the project embraces the idea of generating a system. For this reason, Estúdio Lapinha is a prototype that can be expanded, replicated, and implanted in other contexts. Different arrangements of containers create different spaces for different experiences to be lived there. 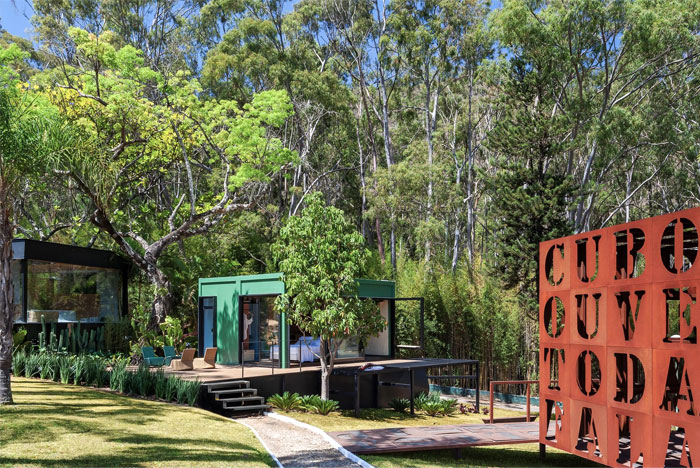 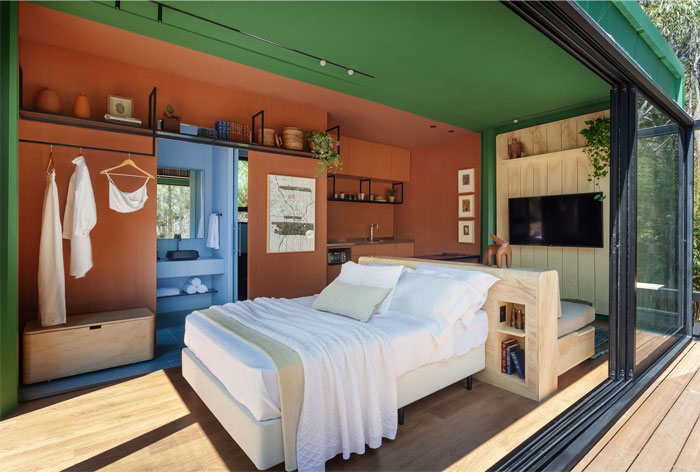 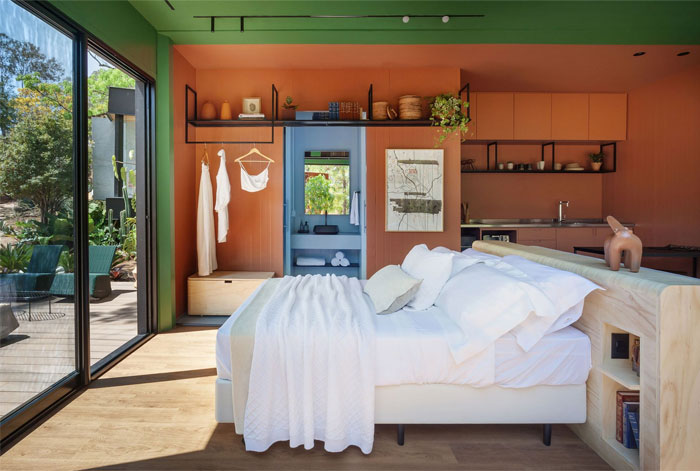 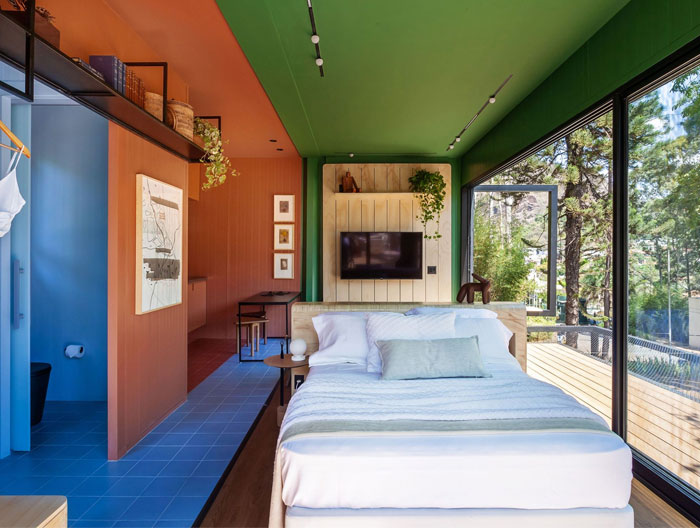 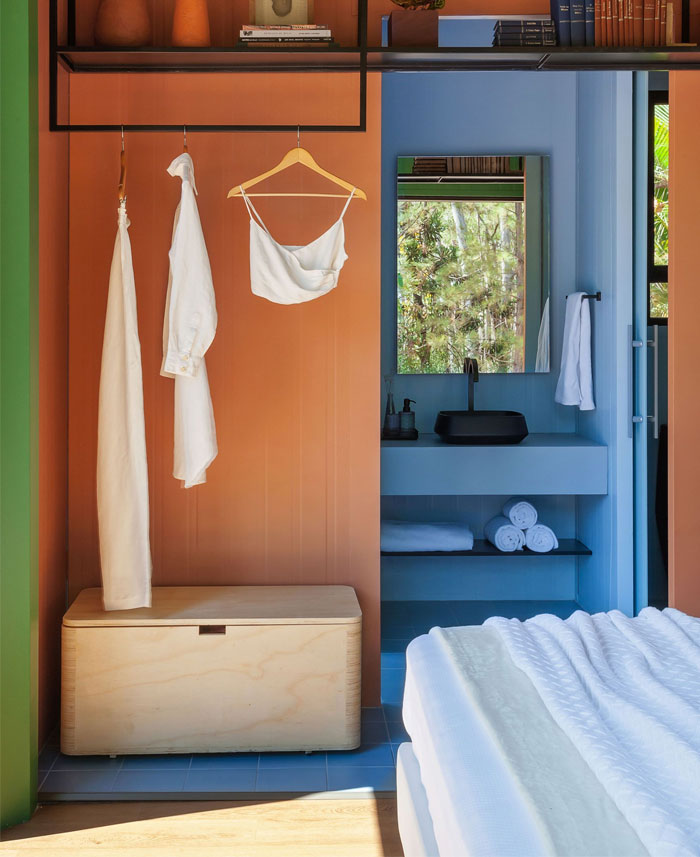 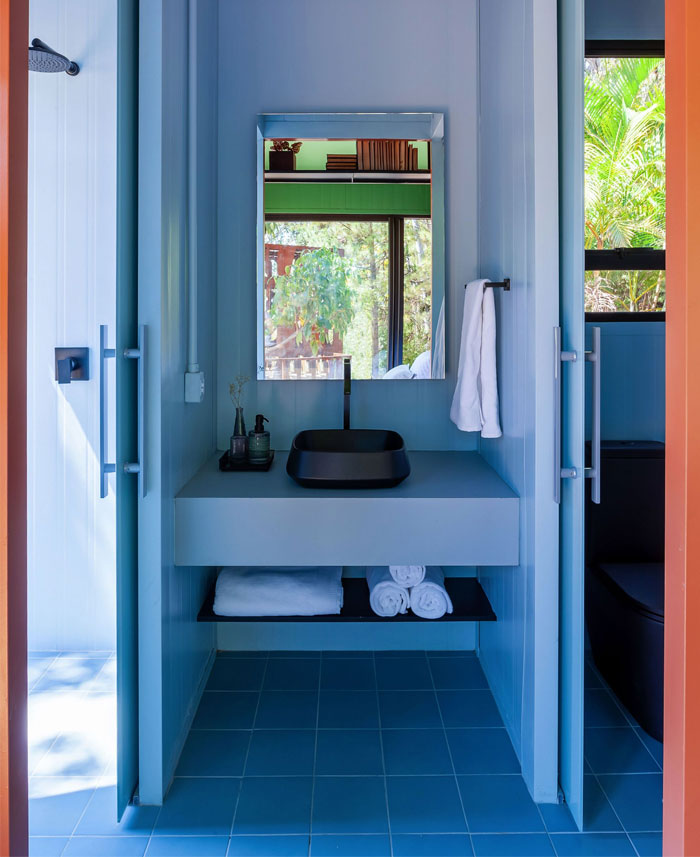 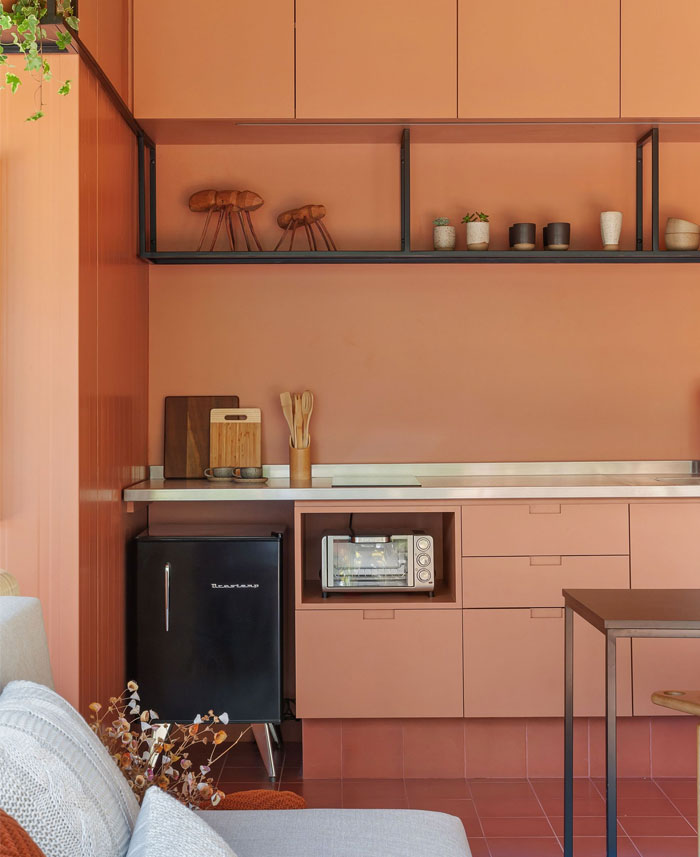 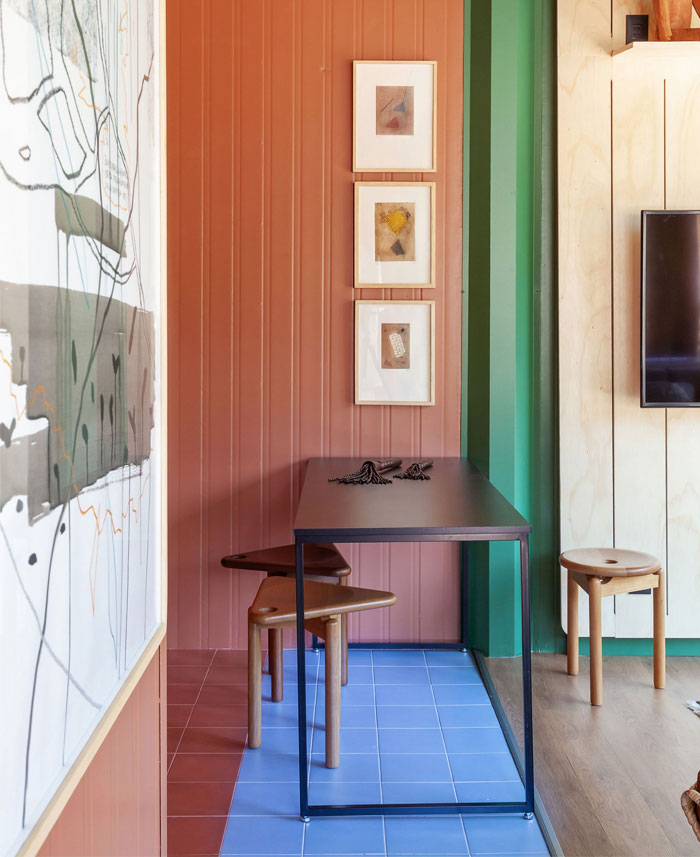 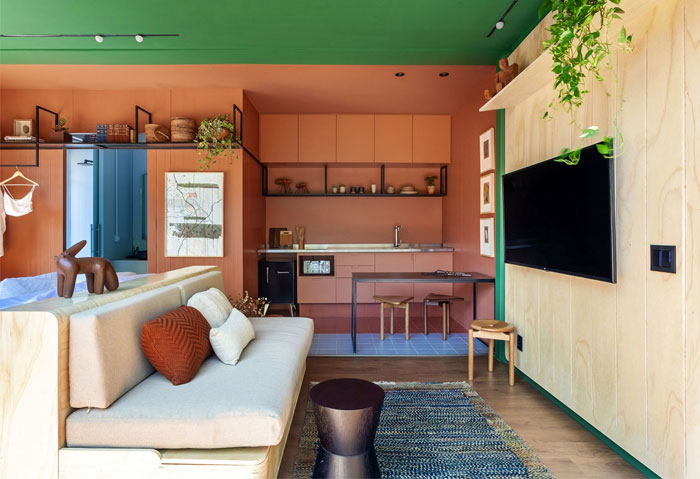