Protagonist is a café-bar located in a historical part of Kharkiv, Ukraine. It is a hangout place for the creative and imaginative people, to share ideas and express themselves. Every guest here is a ‘protagonist’ – a leading character of their storylines, and an advocate of the creative ideas. It is a loft with concrete pillars that we stripped of old finishes to reveal the beauty of the ceiling’s textures and intricate backside prints of previously removed floor tiles. 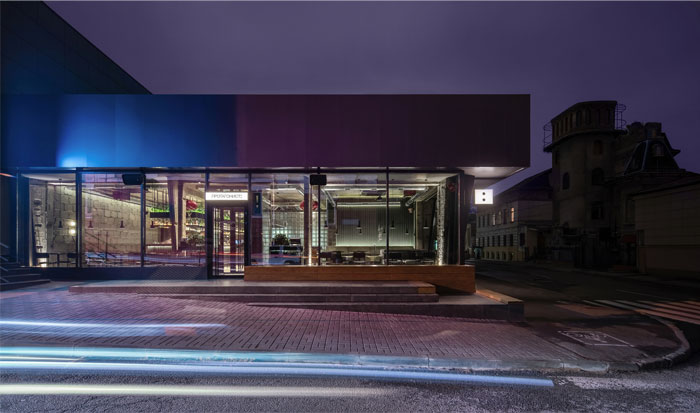 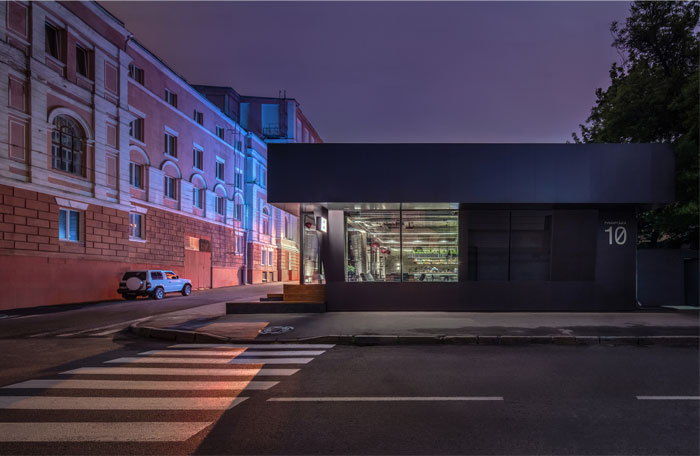 These were the key elements we wanted to preserve, thus emphasizing the original architectural design of the building. One of our tasks was to divide the space into functional zones and process flows. Thus, we designated the back of the room as a technological zone, while the central part along panoramic windows became the main dining area. A communal table that can accommodate large groups was placed in the middle of the room, and a full-size bar was positioned to the left of the table.

We stationed the DJ to the right side of the table, while soft seating –armchairs and sofas, – together with small tables for two were placed behind the DJ, along with panoramic windows. With exception of the communal table, most of the furniture elements were designed and produced by our furniture brand propro. The owners of the establishment, being true connoisseurs of quality sound, have placed a great emphasis on sonic equipment. They chose Void Acoustics, a leading manufacturer of the audio systems for the installed and live sound markets. Void makes it possible to not only play background music, and also to host parties with invited DJs. 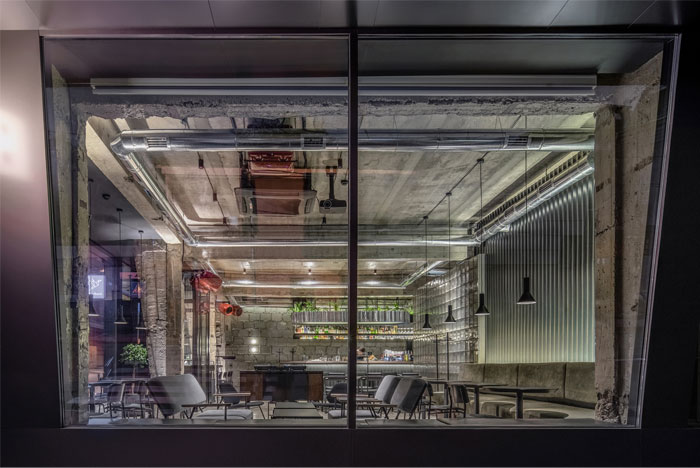 The hip theme of vintage design can be traced throughout the room. It can be seen in authentic wall panels of tempered glass, that we salvaged during the deconstruction of an old building. It is also in the DJ’s control panel that we created by modernizing a vintage radiogram. An aged mirror on the back wall creates an effect of the visual infinity, multiplying objects and adding perspectives. The DJ console is a modernized Soviet-era radiogram that we bought on a classified’s website. We cut the radiogram into two and added the missing piece made of modern materials. Electric leads were threaded through the radiogram’s leg, and the music control unit was hidden inside the radiogram. 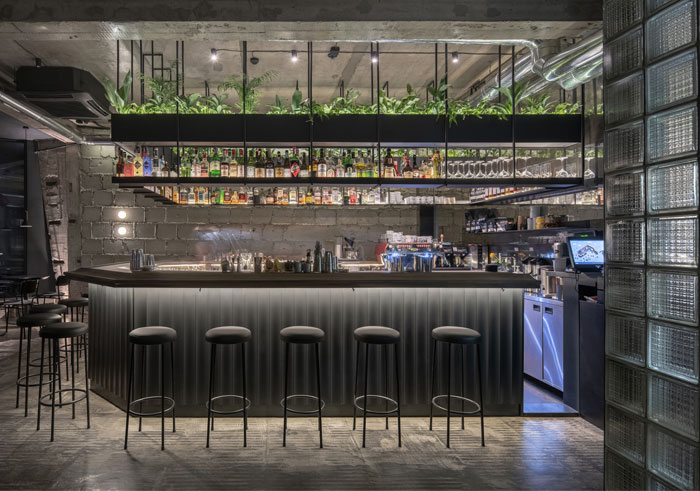 One of the focal points of the room is a light fixture suspended over the communal table. It is lifted to the ceiling during big parties, while the table is wheeled away to the glass wall. The shape of the light fixture is quite complex by no accident: it contains a special Protagonist phrase – ‘this city needs a leading character’, represented by a sound wave that was superimposed onto the oval shape by the project team.

Metal frame in the lavatories was designed in the style of an organizer – to orderly hold and conceal all the necessary accessories. In tune with the general theme of the space, the interior of the lavatories features a peeling tile design. The facade is simple and unpretentious. In tune with the interior, dark foundation is finished with aluminum composite panels. By the main entrance, we created an open terrace that is also a long seating place that attracts street traffic. 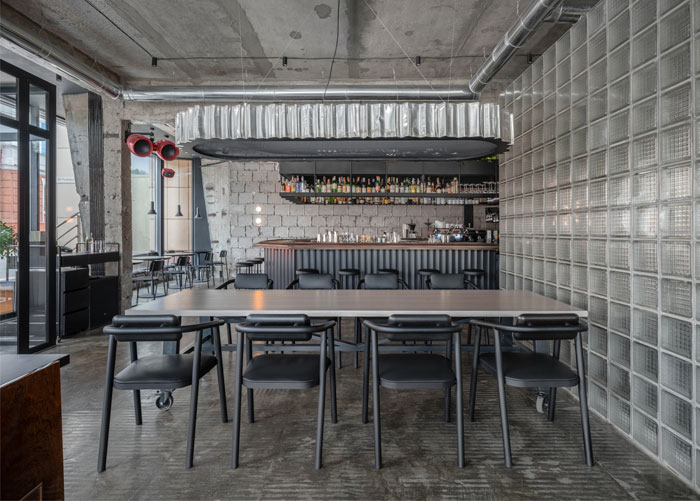 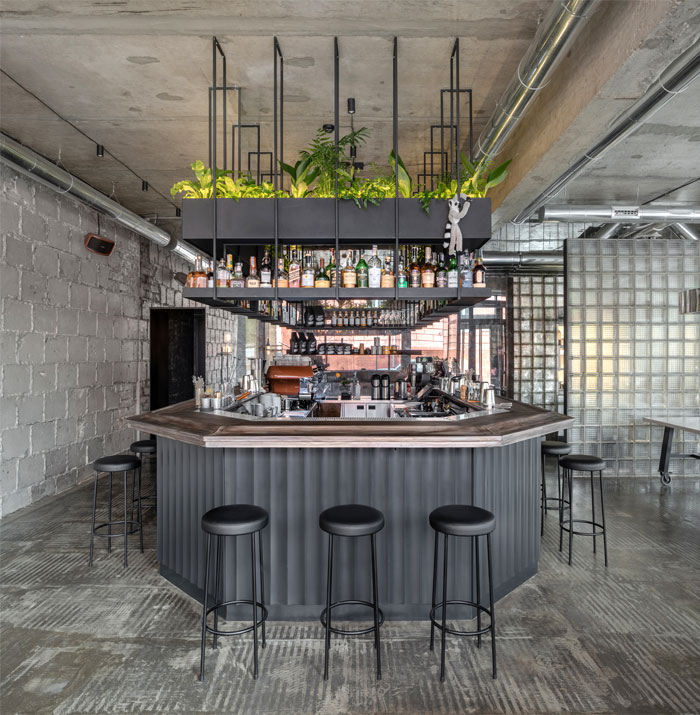 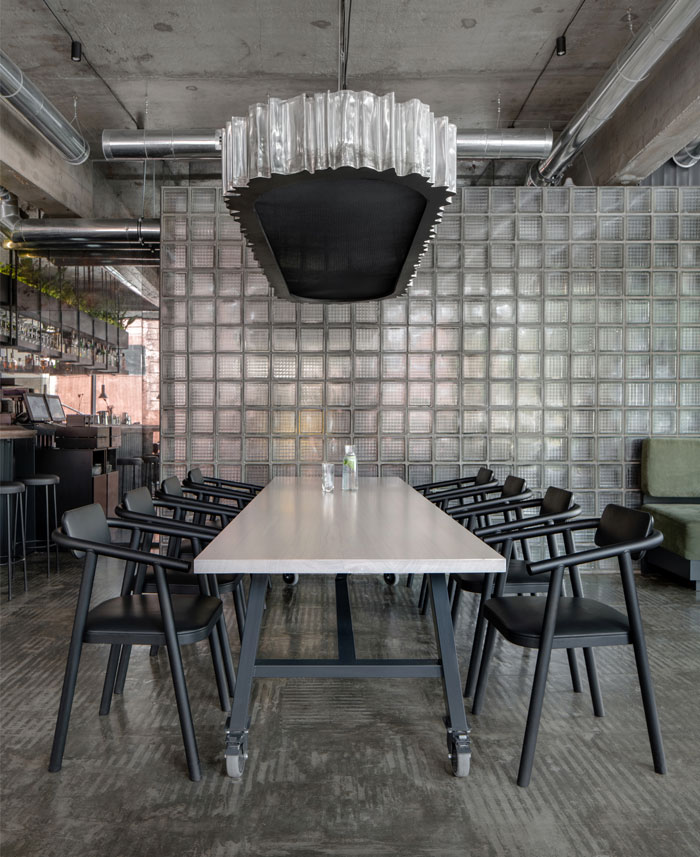 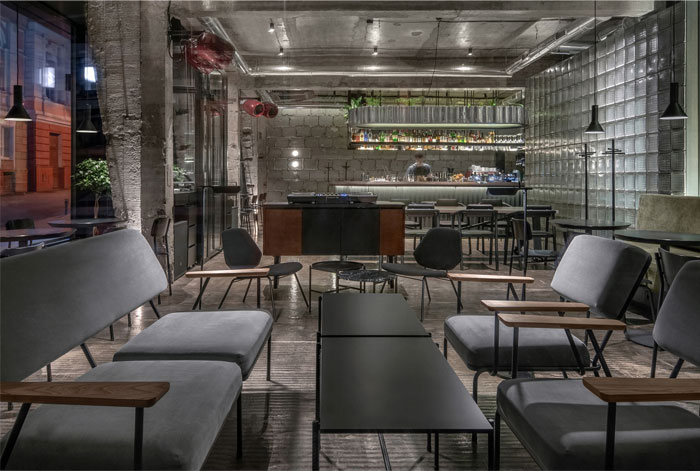 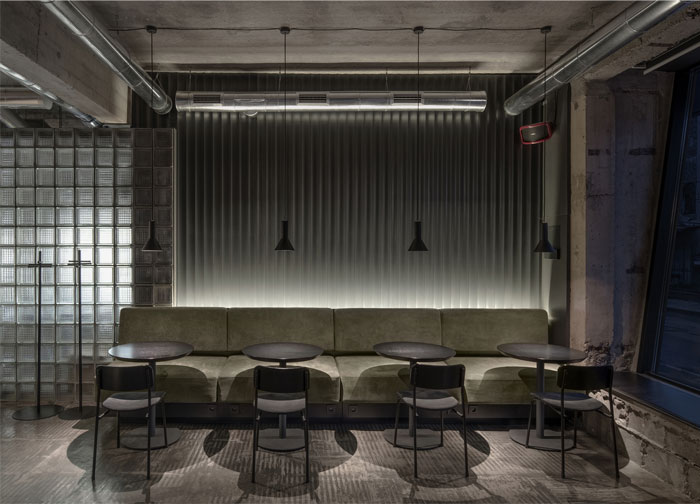 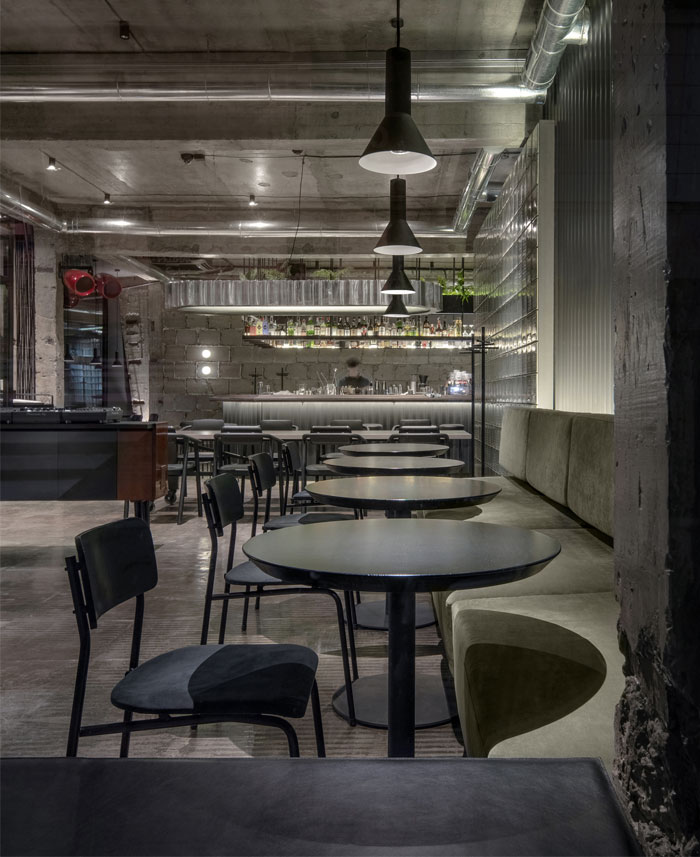 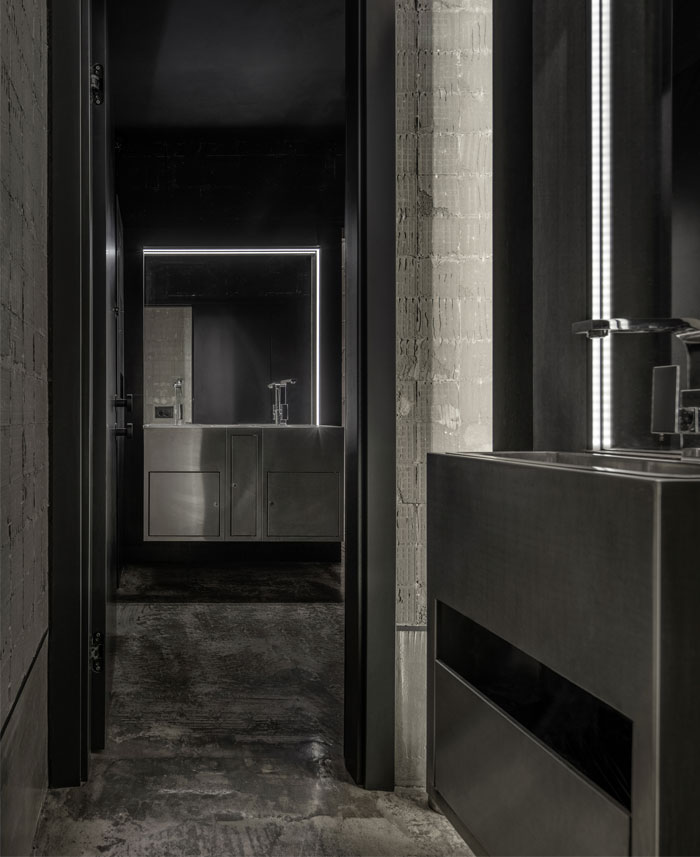