Kozina House is a very welcoming residence located in Trhové Sviny – a small town in South Bohemia, Czech Republic. The vast region is surrounded by mountain ranges including Šumava, also known as the “Bohemian Forest.” The landscape potential which, is exploding with state-of-the-art architects renovations. 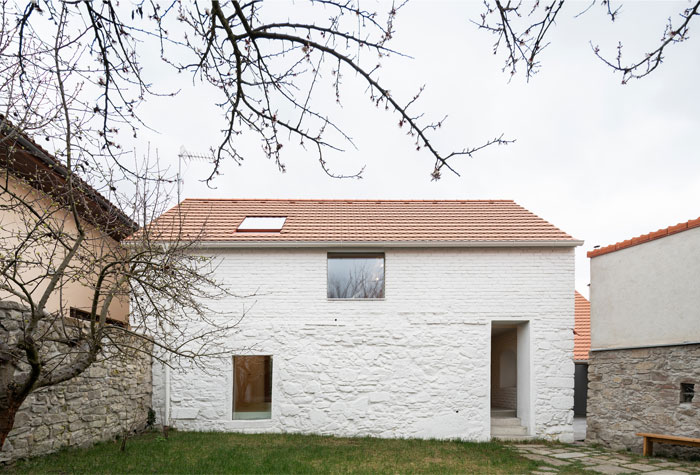 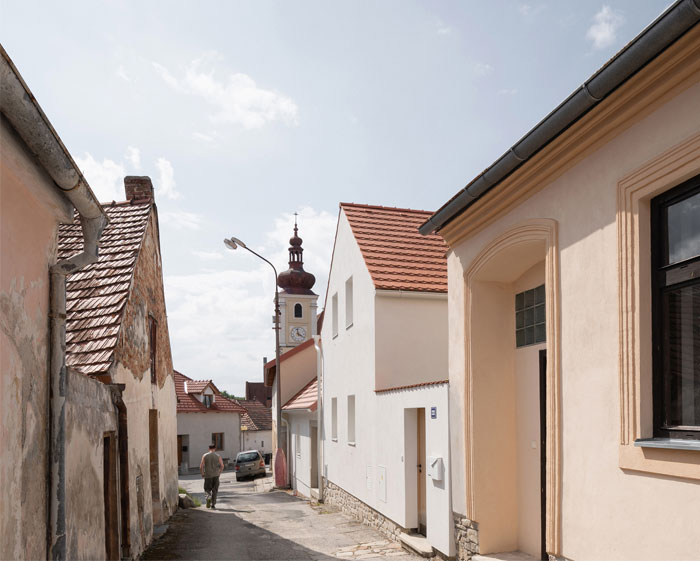 Atelier 111 Architekti: Our new home was created in a historical part of a small South Bohemian town, which, although neglected, possesses a rather strong atmosphere and potential. The place attracted us from the beginning for its distinctive character and great location. In the narrow sleepy streets, next to the grassy patch of Kozina Square, we are hidden from the hustle and bustle of the surrounding traffic, while only a few steps separate us from the town center with shops, services, and offices, schools, cinema, theater, and railway station. 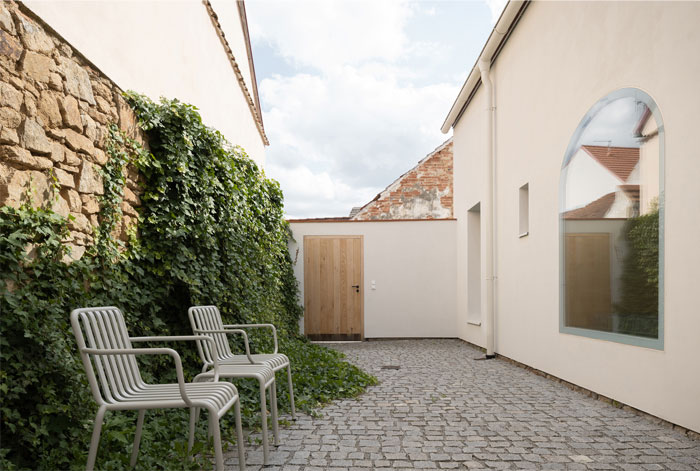 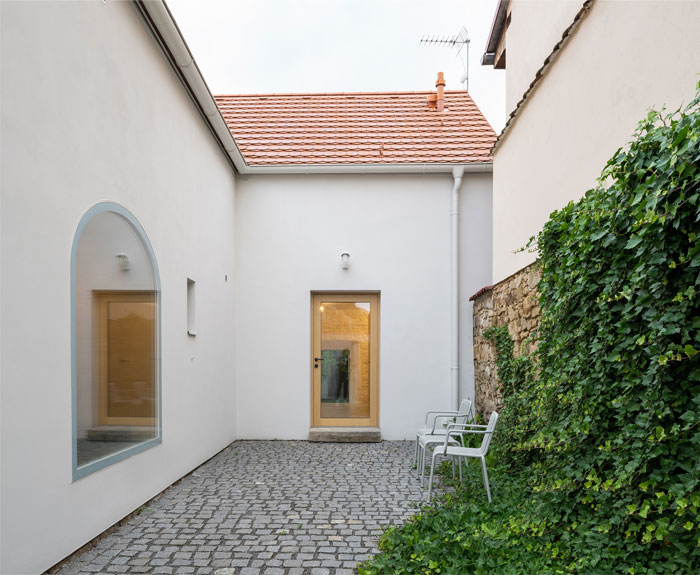 We perceive the reconstructed house as an alternative to suburban villas which sometimes disproportionately cut out of our landscape. On a significantly smaller area, we are implementing a building program that includes a sufficiently large living room with an adjoining outdoor terrace, an attic with children’s rooms and a playroom, a bedroom with its own bathroom, a garden with fruit trees, two garages spaces and a large workshop with a car lift. 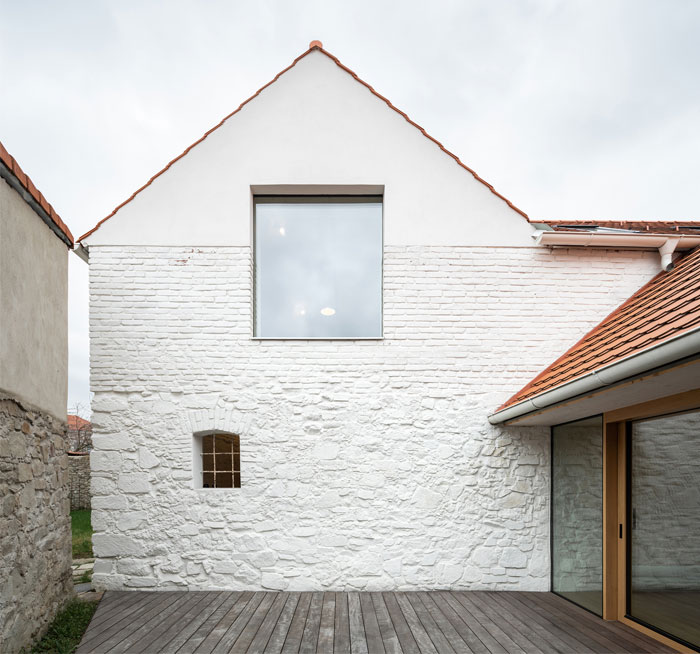 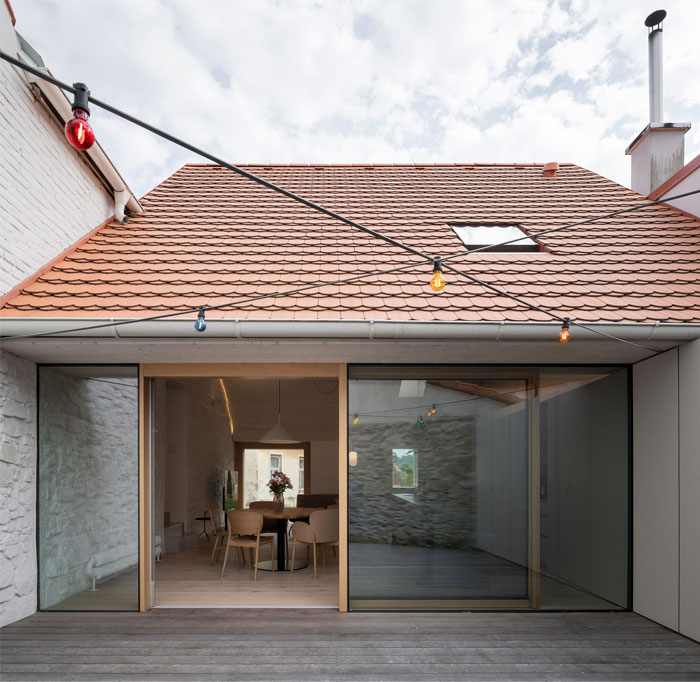 The residential building is created by connecting two neighboring houses. One of them underwent a significant reconstruction at the turn of the millennium, the other one is in a state of disrepair. We are getting rid of the unsuitable modern elements, such as a large dormer with a balcony and plastic windows. Behind brick backing, we discover original stone masonry and small historical fragments which hold value for us. 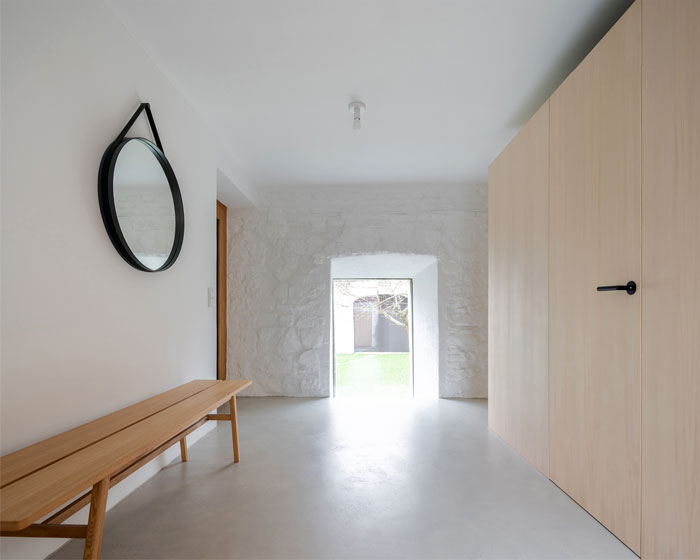 We respect the basic shape, scale, and materiality of the original masses. We adjust the internal disposition in an effort to make the building accessible from two sides – for pedestrians from the square and for cars from the opposite side. The large window in the gable of the courtyard facade is an answer to the unique view of the church tower. Views from the interior of the courtyards enrich the overall perception of the space. We intentionally leave the newly created openings minimalist to create a contrast with the original traditionally divided windows. 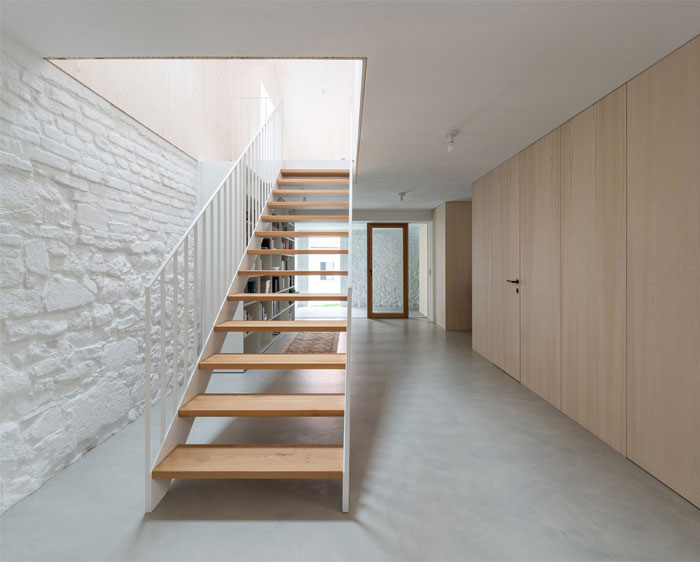 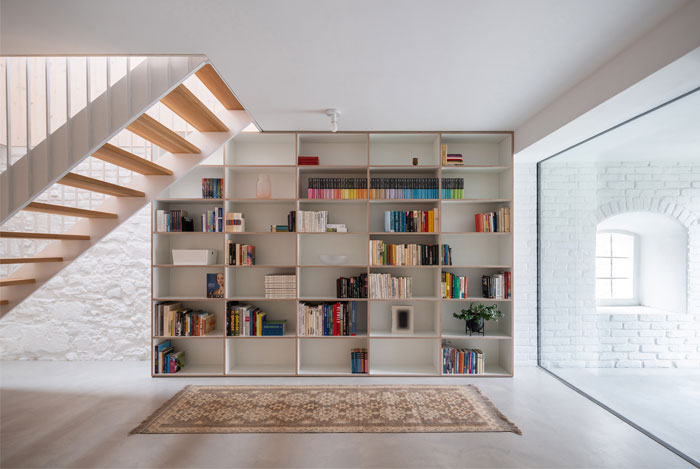 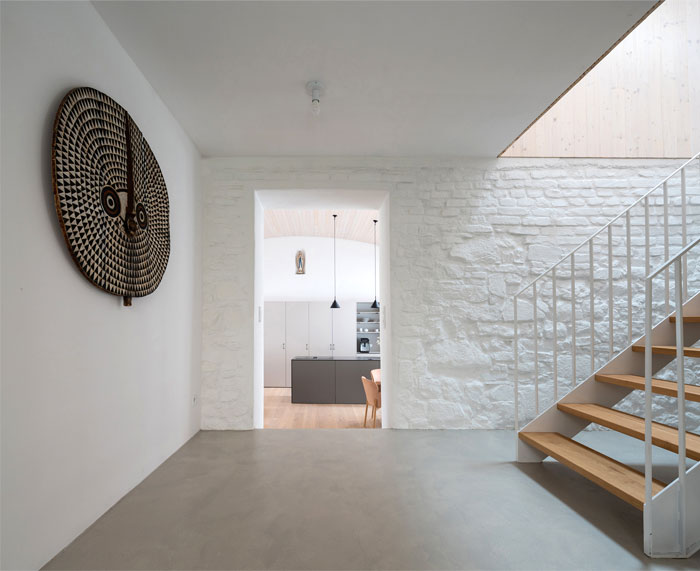 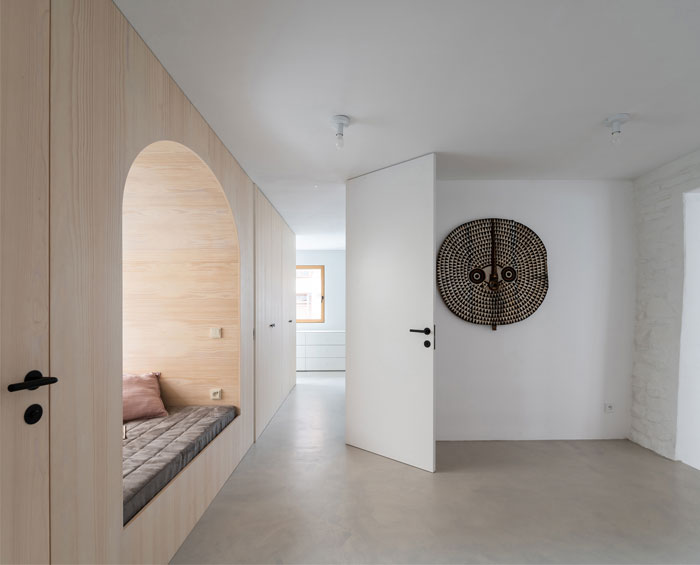 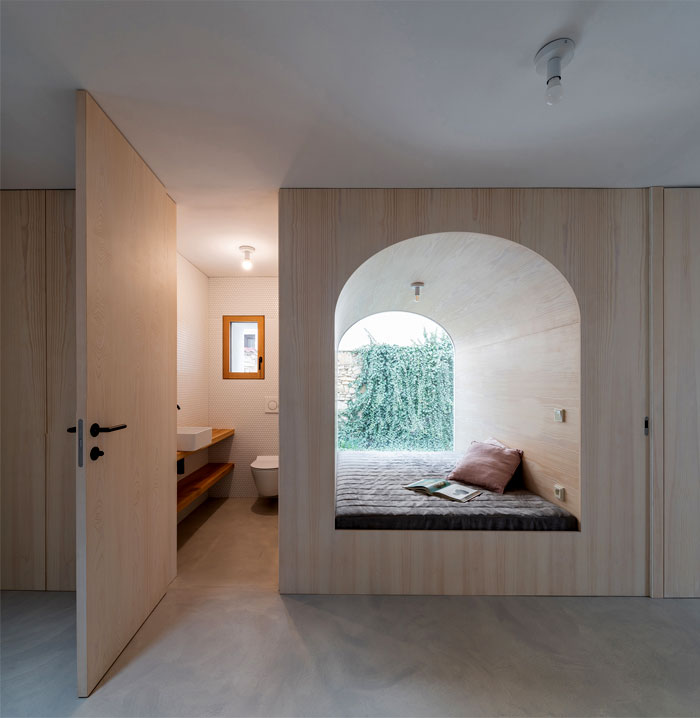 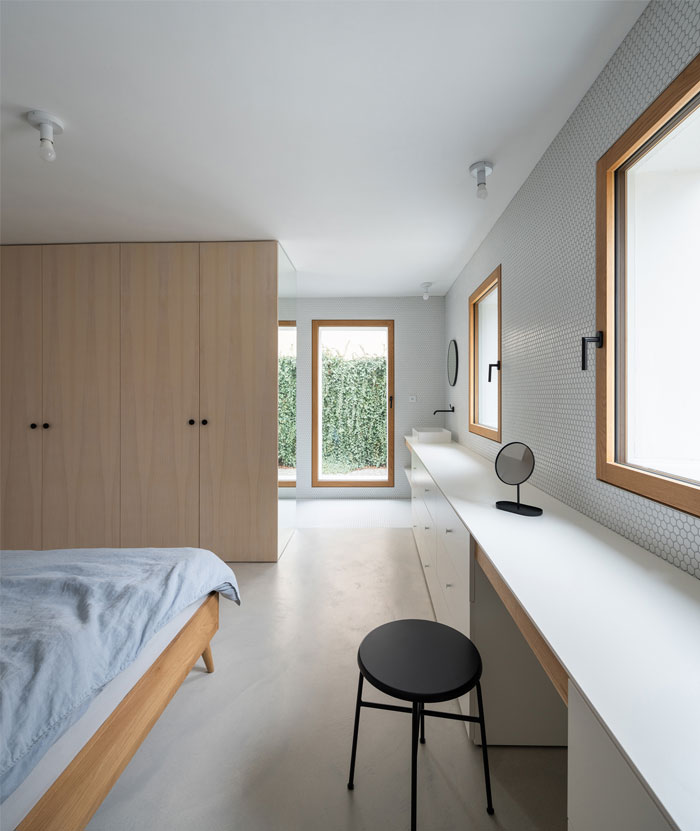 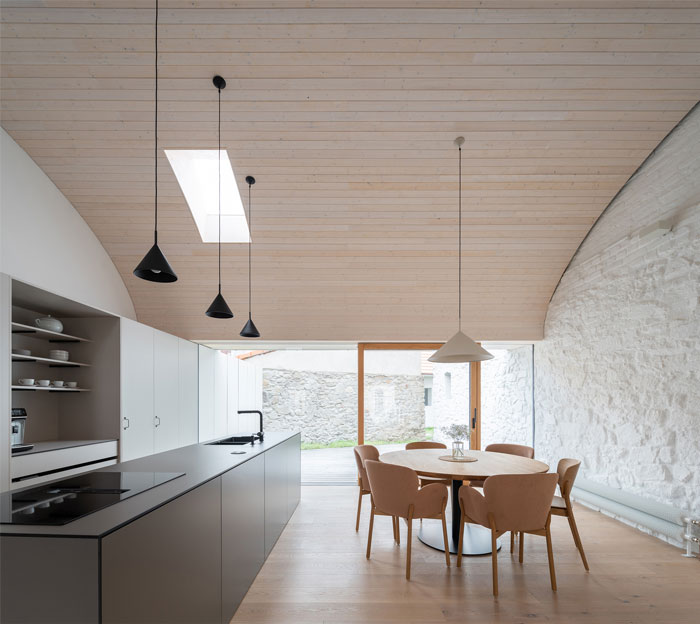 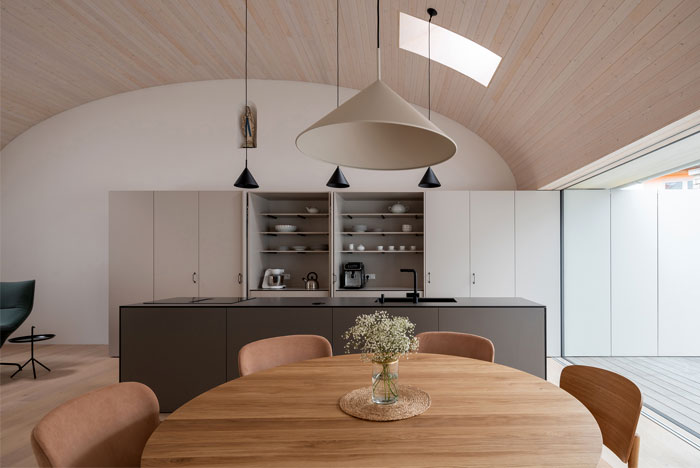 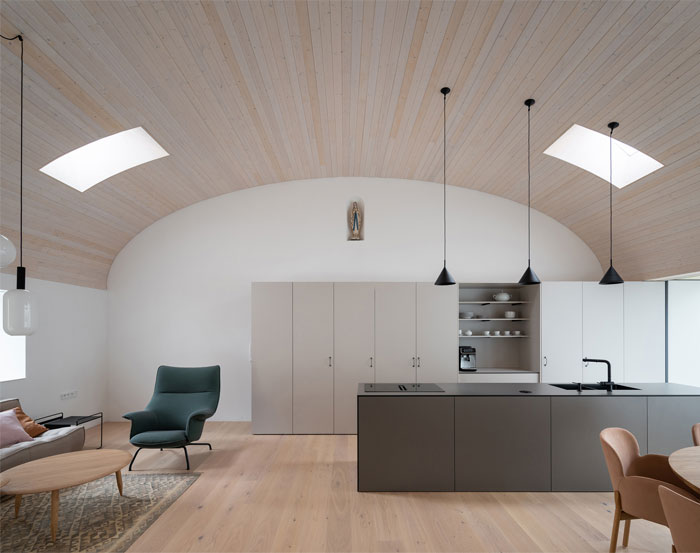 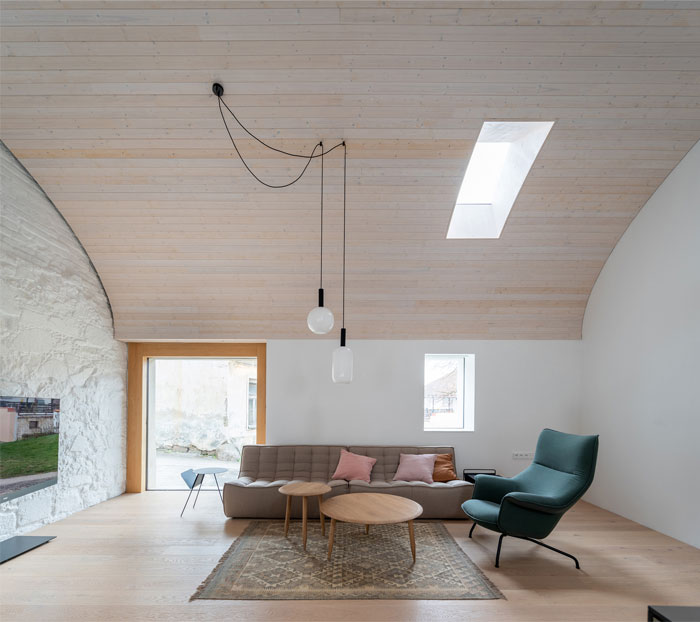 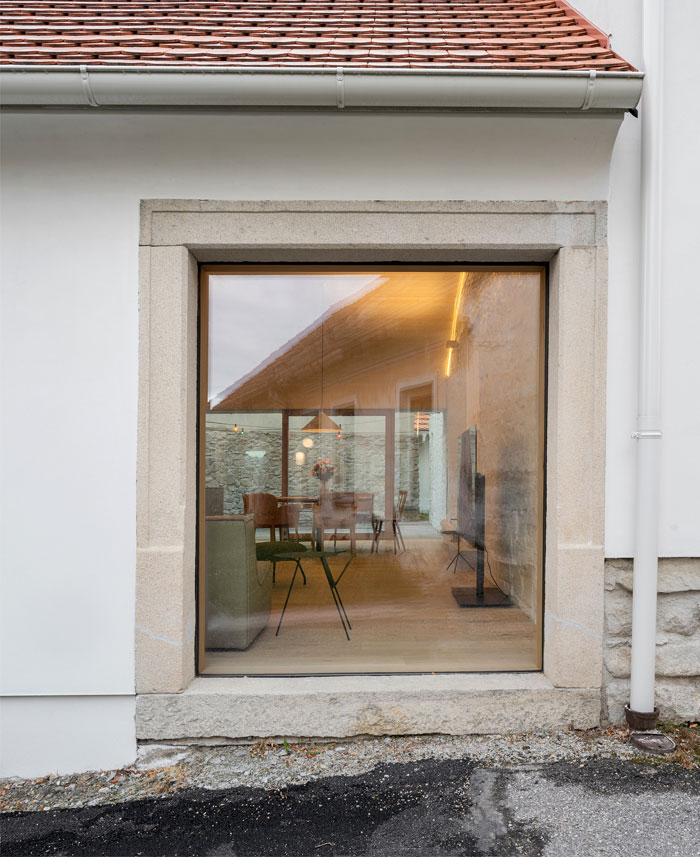 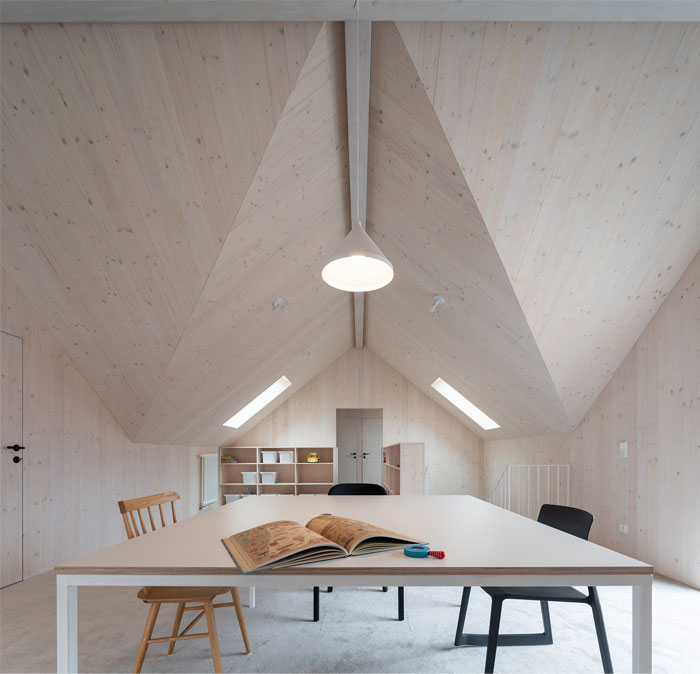 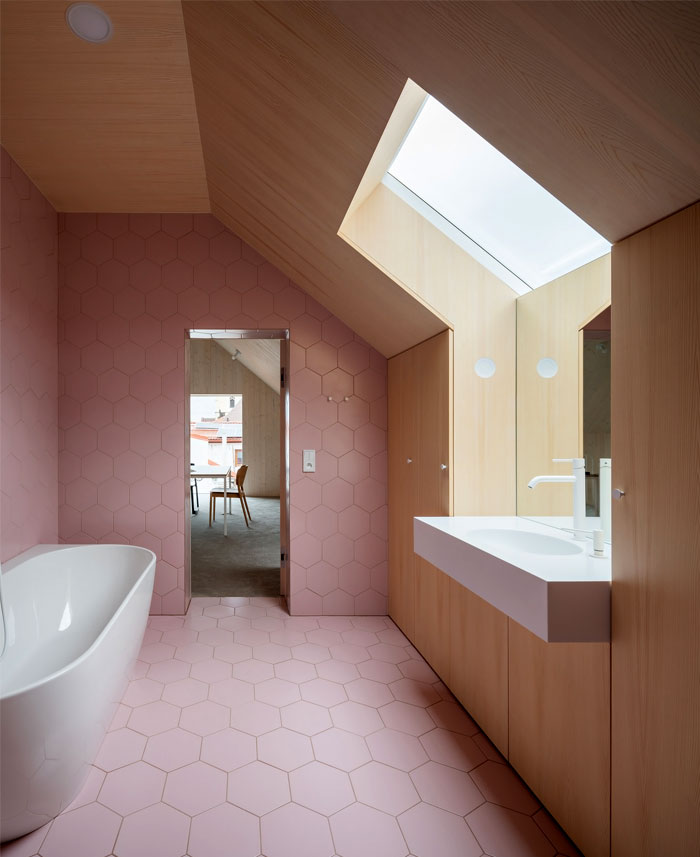 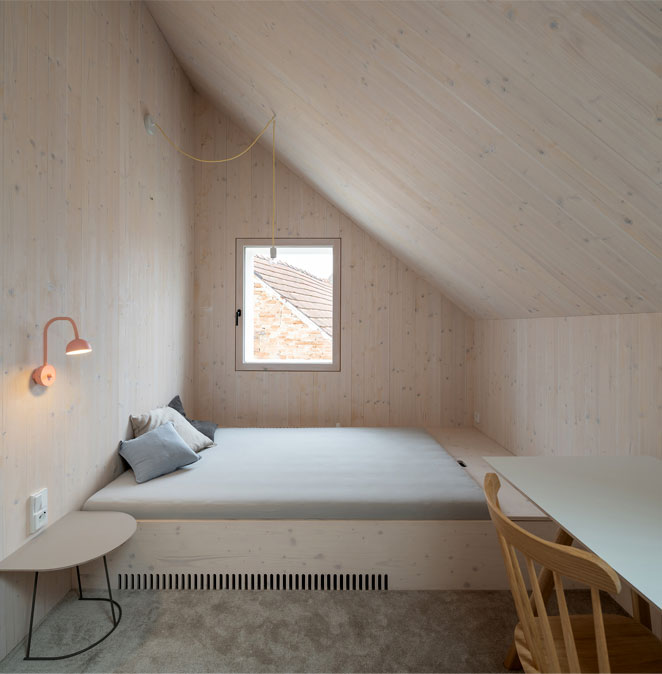