As an exercise in restraint, South Yarra Apartment uses a light touch to restore and renovate the existing 1920’s space into a robust and rentable contemporary home. Rosanna Ceravolo uses an expression of detail and takes cues from the building’s original ornate geometries to inject a welcomed personality in the process. 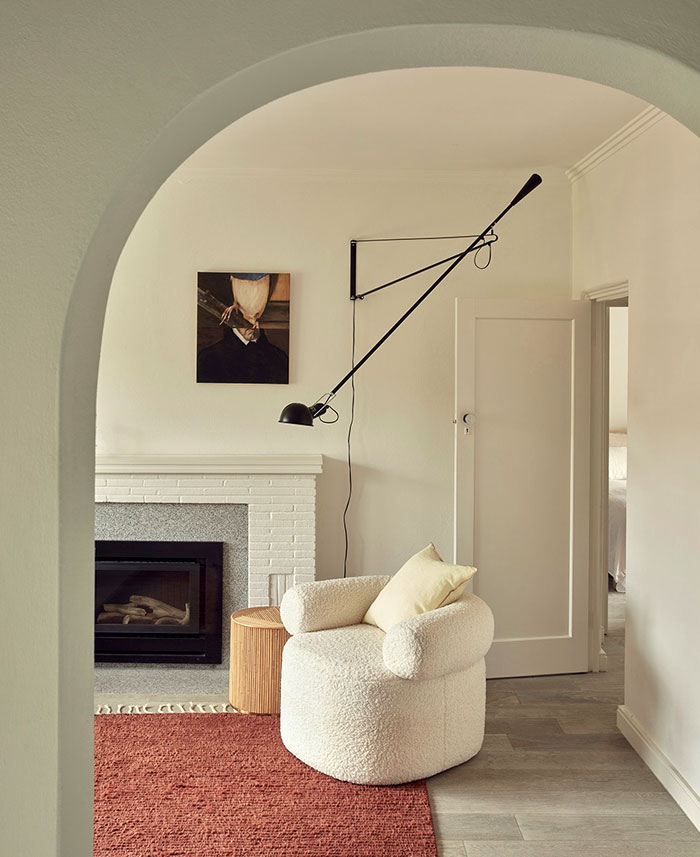 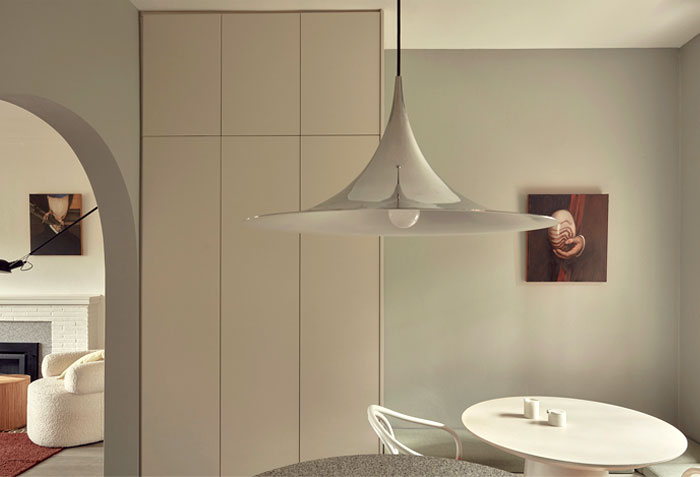 In amongst similar vintage apartment buildings that dot ascending hills around the Yarra River, the same-named apartment is located in South Yarra and is part of a larger story of the area. Inside a decorative Art Deco shell, the existing apartment space is revitalised through a combined restraint and the use of colour to animate the internal spaces. As part of an important part of the history of the area, the exterior remains unchanged, with the interior spaces able to be moulded around existing openings and access to views as they stand. 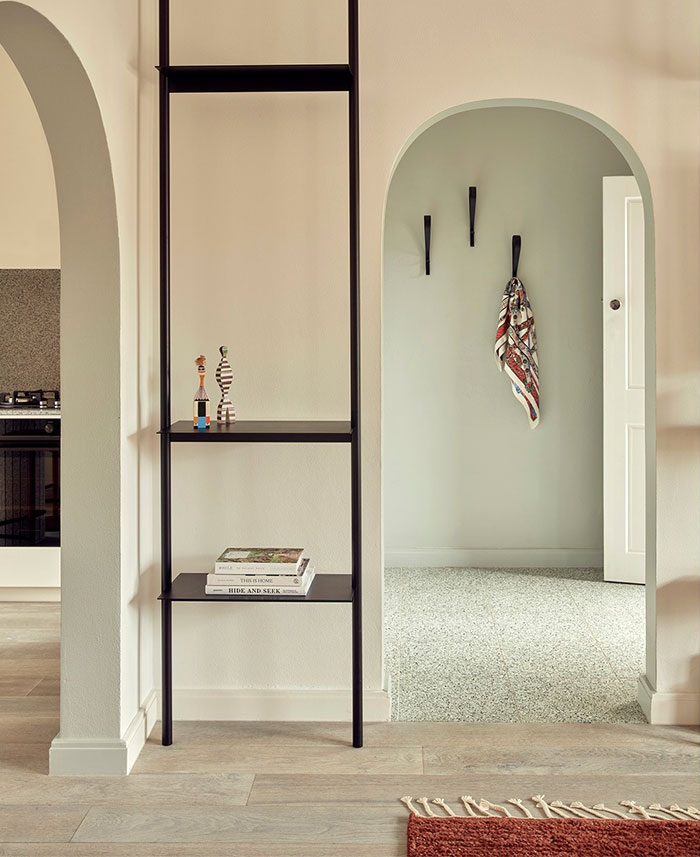 The intent for the apartment sees it remain as an investment property for tenants, where a relative level of robustness and low maintenance needed to be incorporated into the design from the outset. Resultingly, Rosanna Ceravolo utilise a considered and restrained touch in updating the interior, while remaining true to the essence of the building proper. 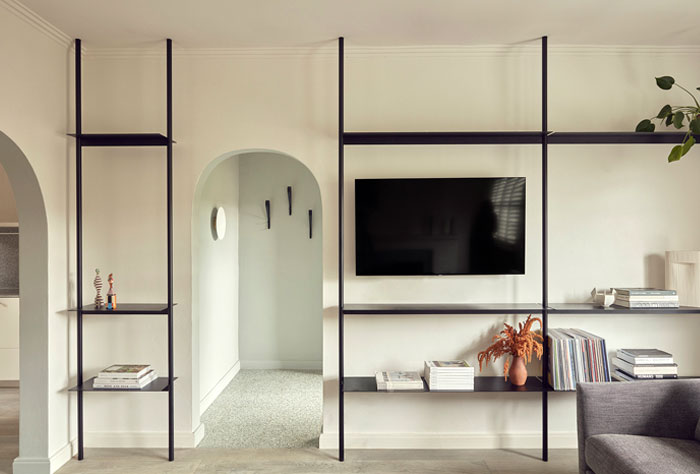 Built by A.P. Build, South Yarra Apartment incorporates a number of gestures that break the greater whole into smaller spaces of increased intimacy, connected to one another through a sense of journey. Encompassing two bedrooms, the apartment remains quaint while exuding a similar sense of charm, carried over from its original detailing. 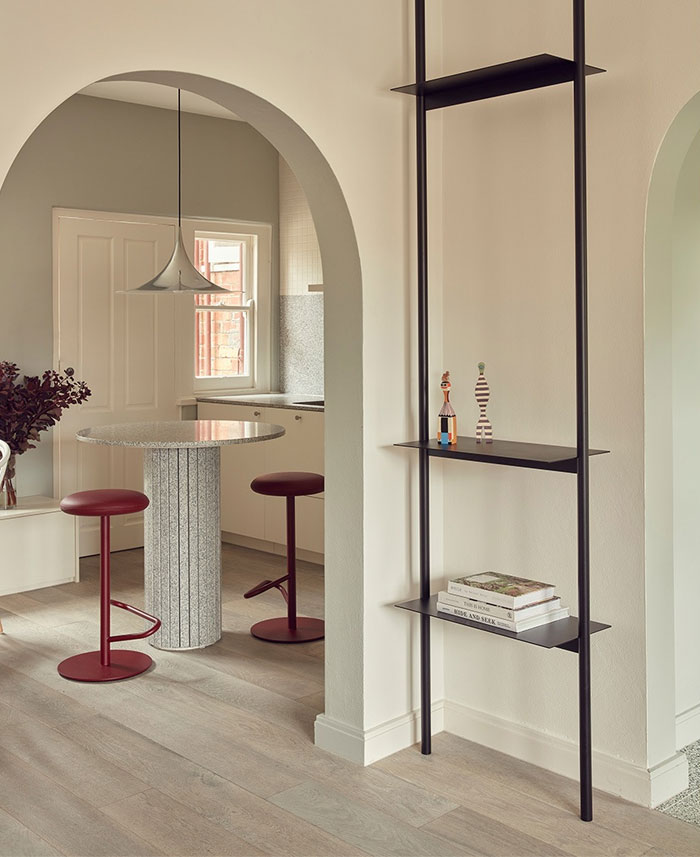 The apartment remains scaled down as a general rule, with shared sensibilities interpreted throughout. It is through the detailing and a universal language of shared geometries that connect the spaces and the inserted elements like furniture, artwork and lighting all being selected for similar aesthetic and formal qualities. 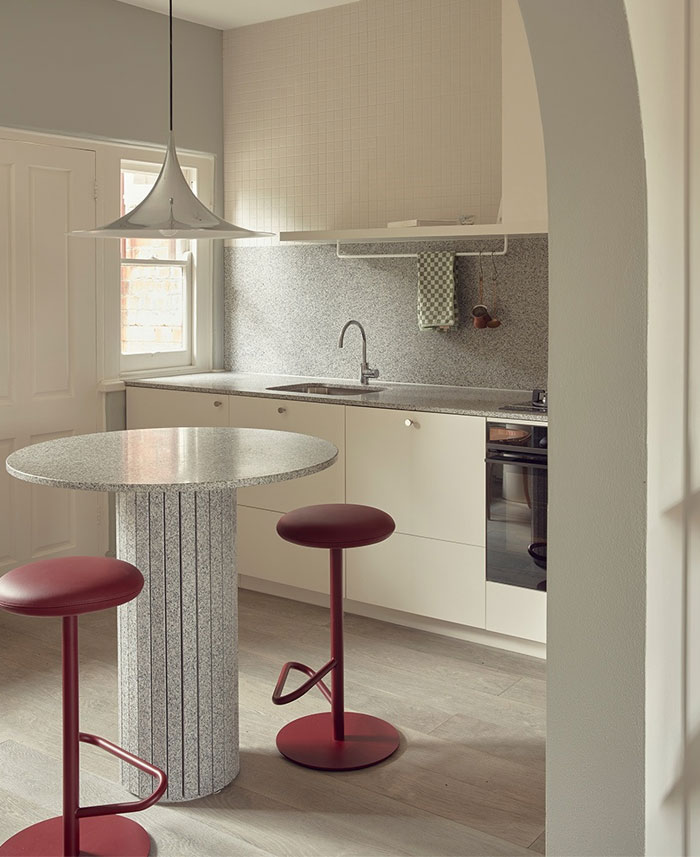 Commencing from the entry, a sense of arrival marks the beginning of the journey, which is then softened through the use of arched openings that lead into the living area. Further arches connect the spaces, subtly offering a visual connection to the adjacent function, while the irregular opening hinting at an unexpected detail. Underpinning the intervention is a need for ceremony and through a connection and preservation of the existing details, this feels intentional. In a similar vein, the joinery in both the kitchen and bathroom is kept minimal but effective, with the goal to increase amenity, while preserving character. Photos: Sean Fennessy; 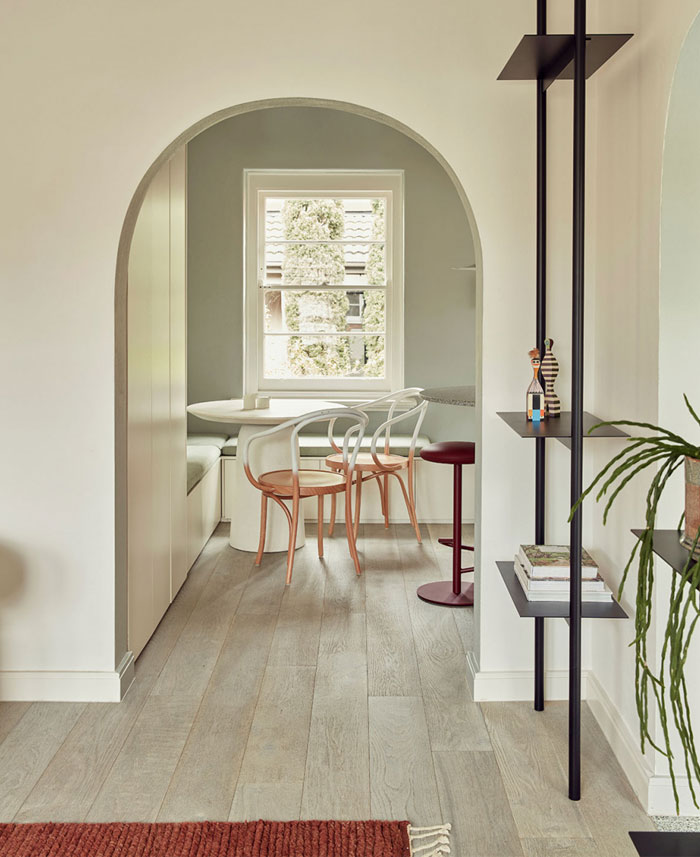 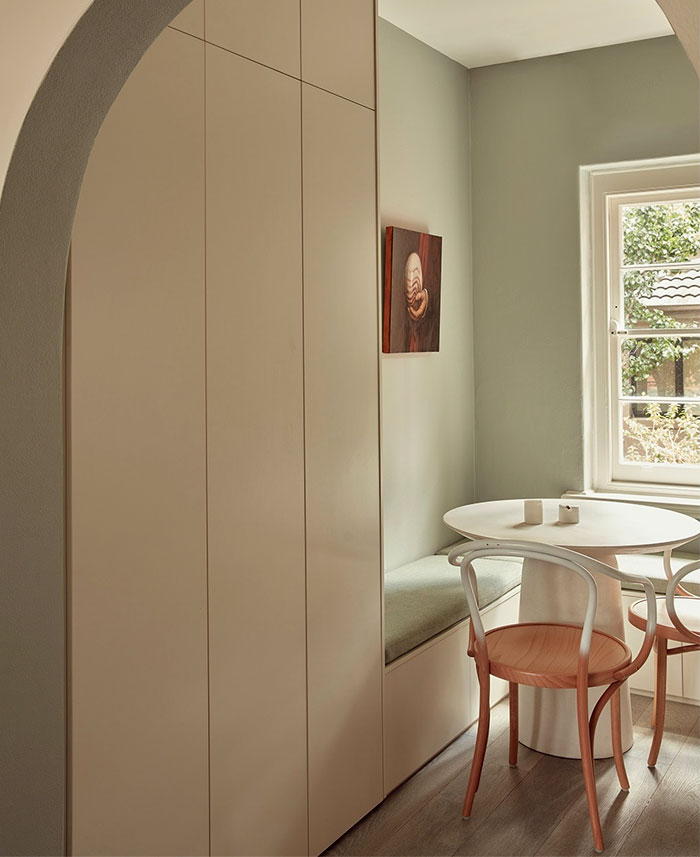 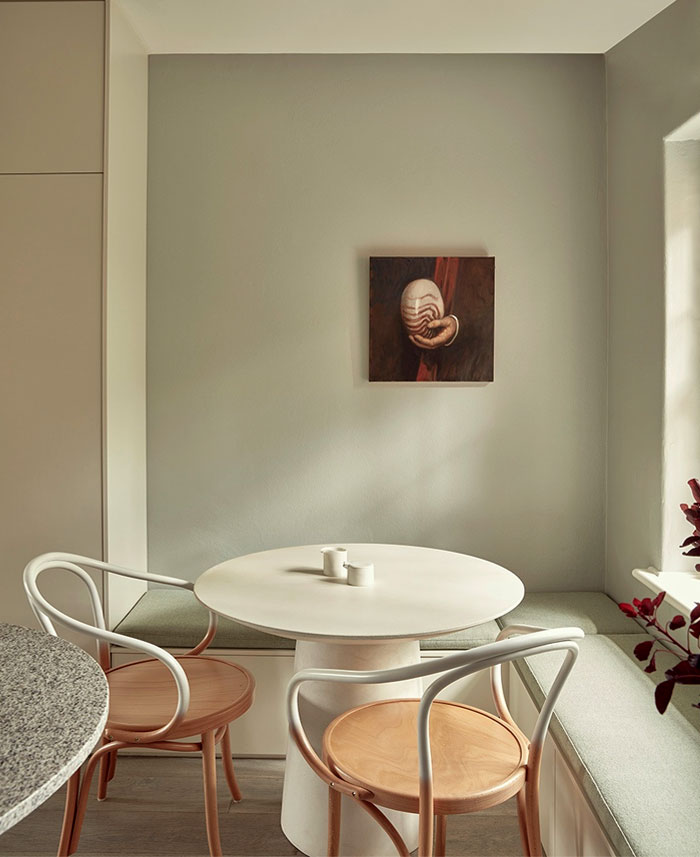 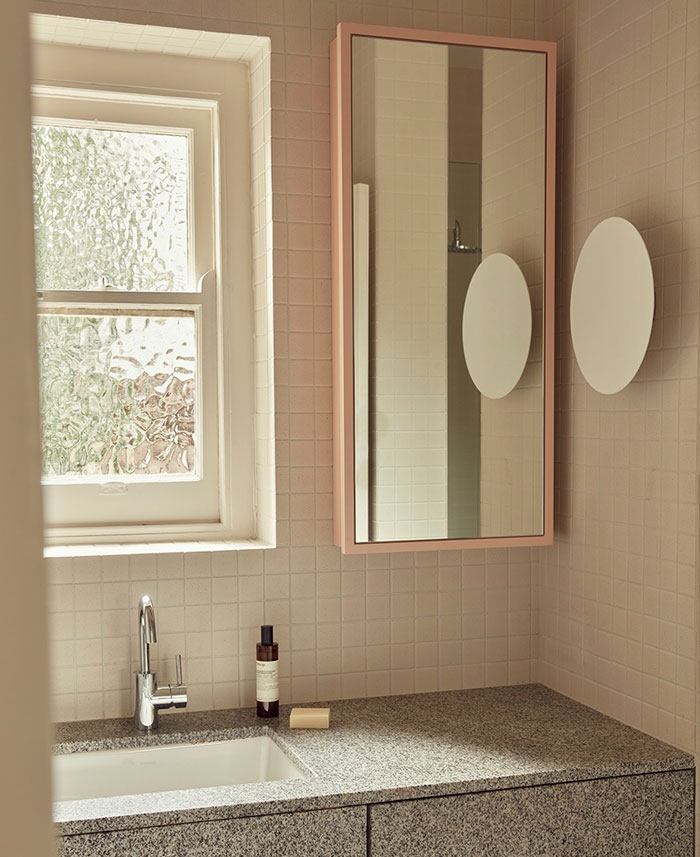 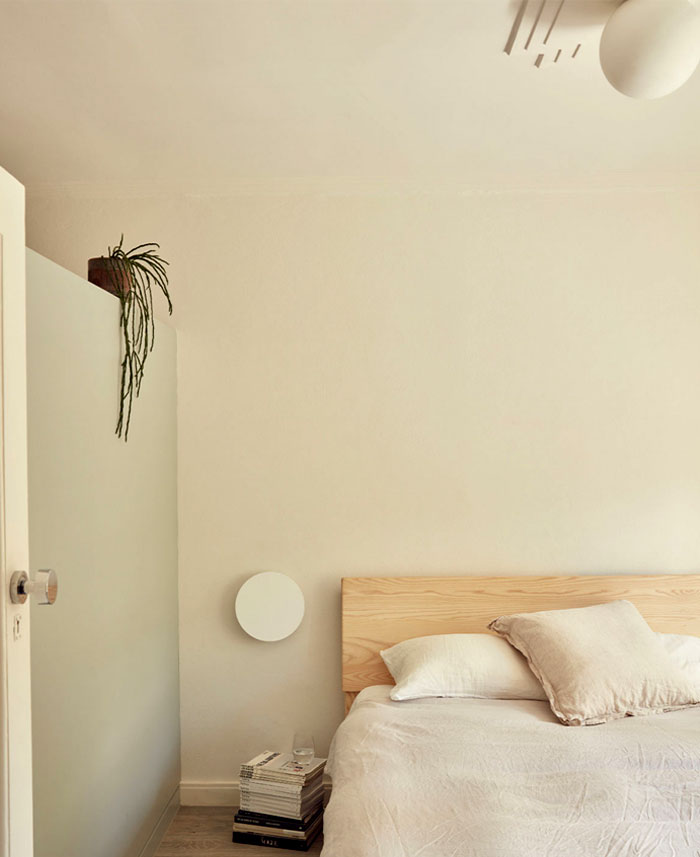