Our LUCH 6 project was carried out in 2021 for Glera Games, one of the game development companies in Belarus. We received a unique site at Luch Watch Plant in Minsk, so the project was named after it. The historical building had recently been reconstructed and a part of it was rented out to companies, following the concept of offices neighboring watches manufactory. 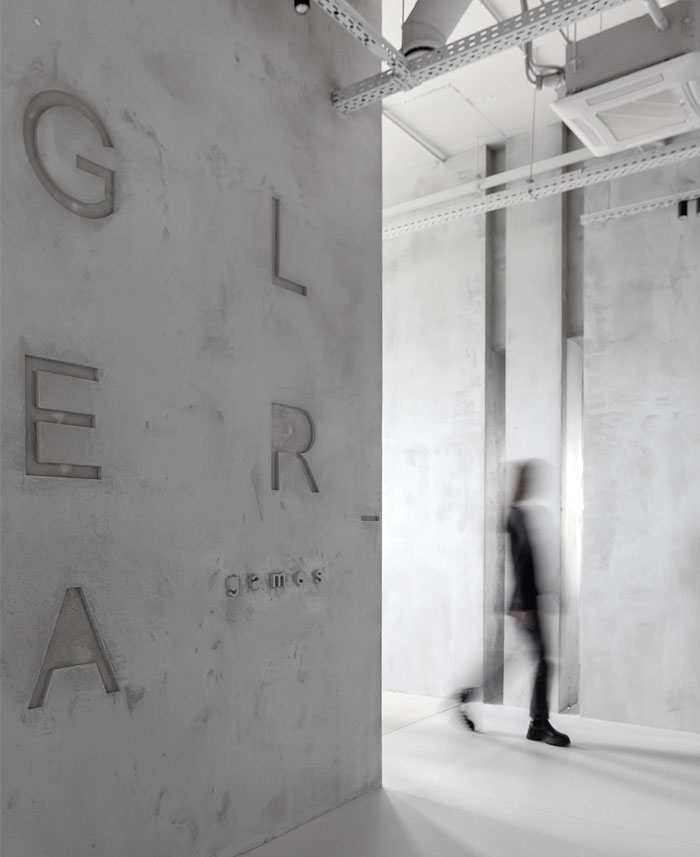 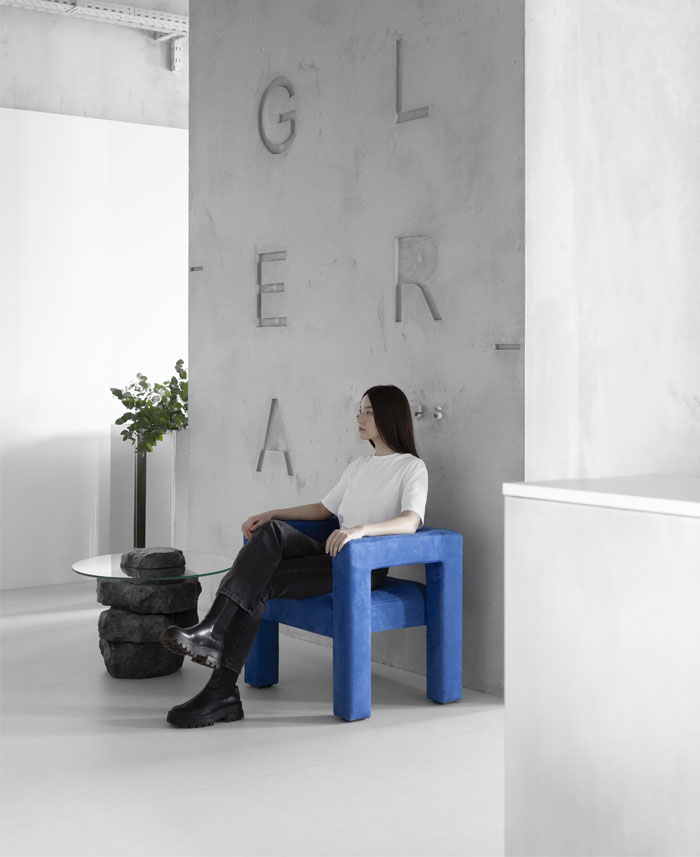 Glera Games was to occupy 1031 m2 on the upper level of the building. High ceilings and many symmetrically rhythmic windows provide fantastic natural light and volume. As the architecture affects the interior, the interior affects the architecture, this works both ways. We took this concept as a basis and focused on creating a functional non-decorative interior. We designed the office space to match the modern and laconic appearance of the building and the dimensional spacing of its facade. 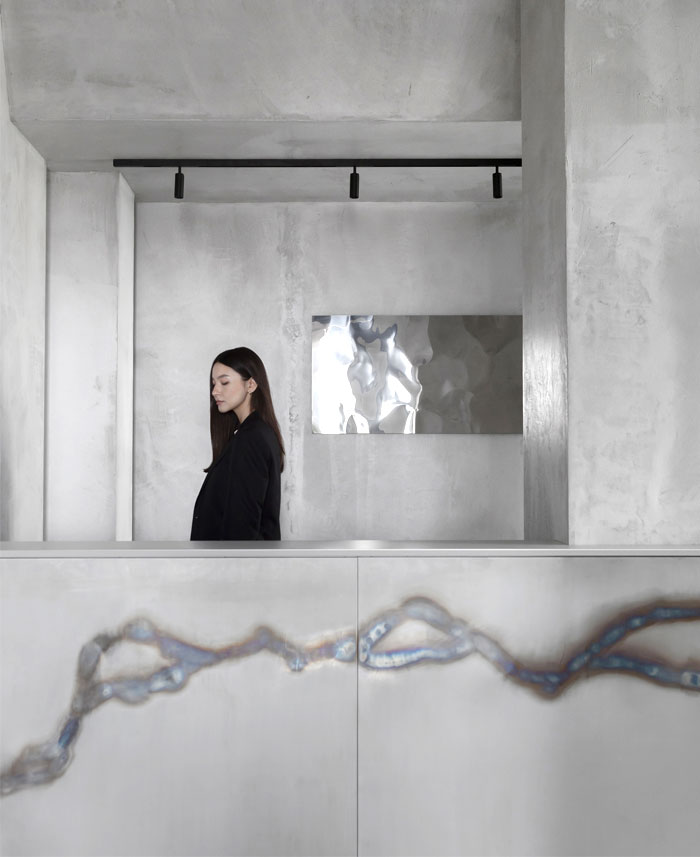 The emphasis was put on the composition of volumes, their combinations, and the creation of light openings in blind walls. The color gamut is quite ascetic and consists of 2 major colors: monochromatic gray used for ceilings, walls, furniture, floor coverings, and black used to balance the interior background. We added some orange as a bright accent, as well as red to achieve the required contrast in space and create additional associations with the main company brand color – warm orange. 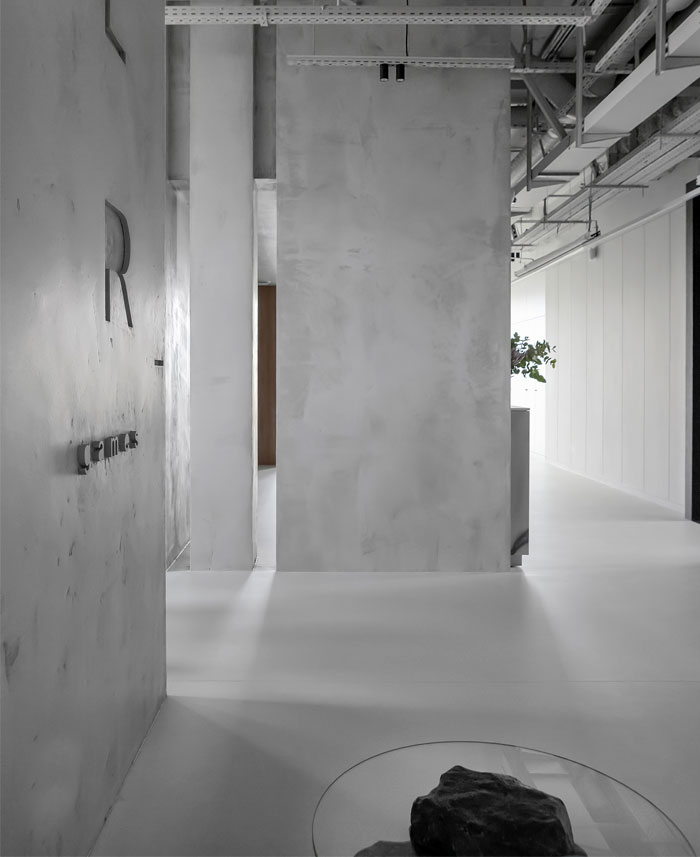 The office level is divided into 4 zones: 1. Entrance area: reception desk, wardrobe, elevator hall, waiting area. 2. Common area: amphitheater for informal communication and presentations, recreational area with desks for short-term work, kitchen combined with dining room. 3. Working area: open space, individual offices. 4. Meetings area: open and closed meeting rooms are evenly distributed across the office space for the convenience of use. Meeting rooms of M and S sizes can either be used for remote work or offline work for teams of 2 to 10 people. 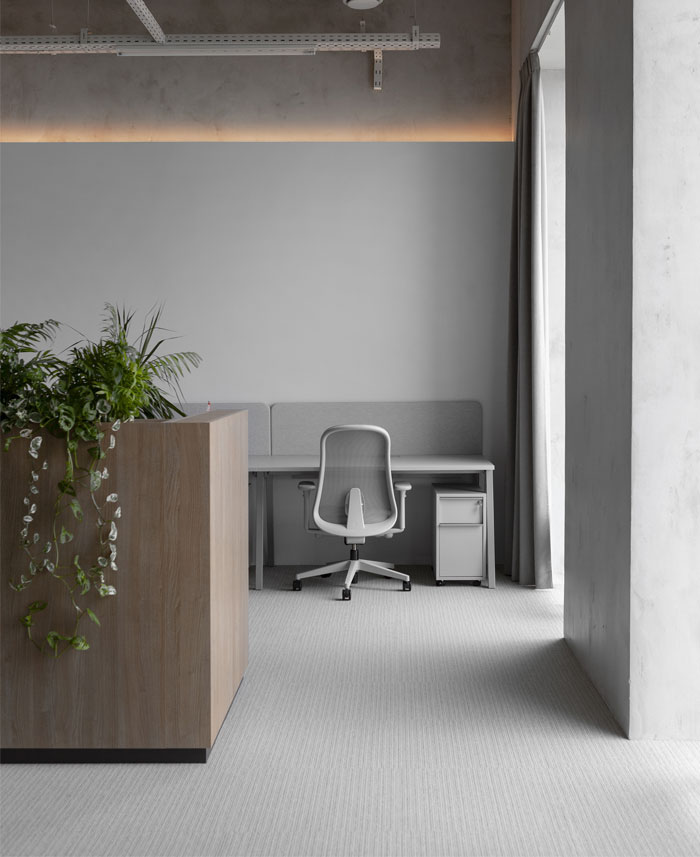 In this project, we aimed to create a neat space saturated with architectural elements in the interior and emphasize the unity of the appearance of the building with its interior. We wanted to create a holistic perception of the architectural object as well as form a flexible and functional space for effective collaboration, work, and rest. 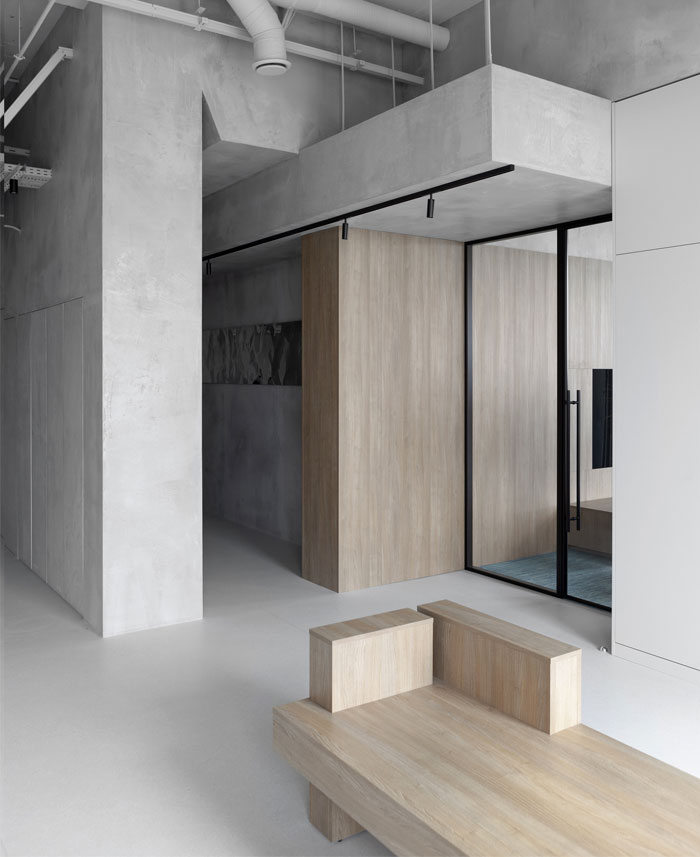 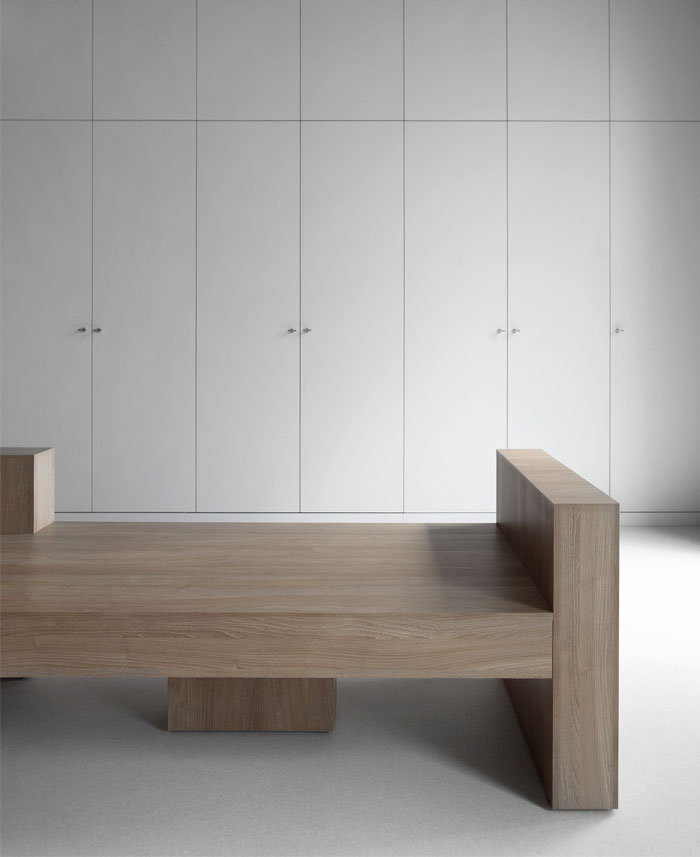 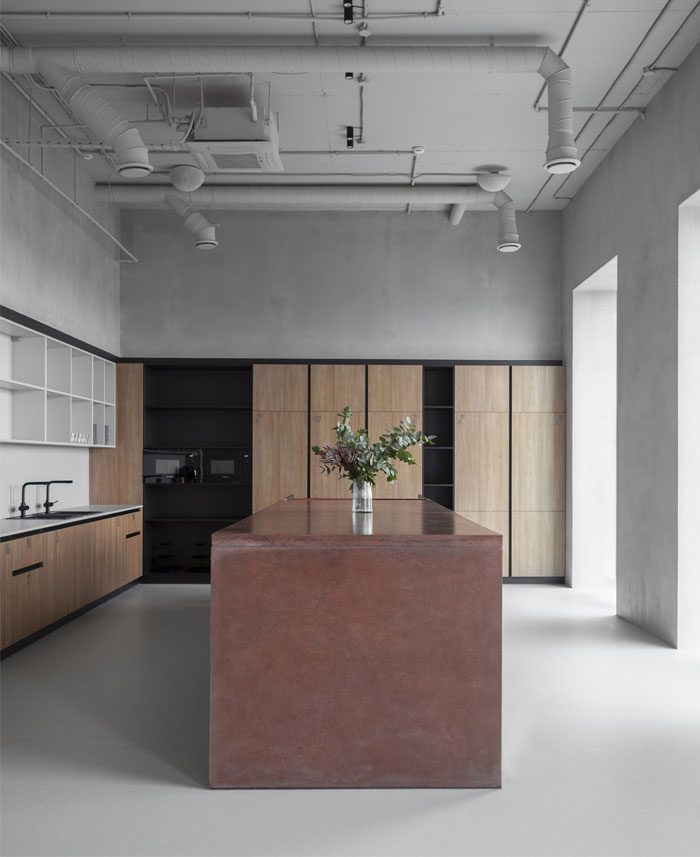 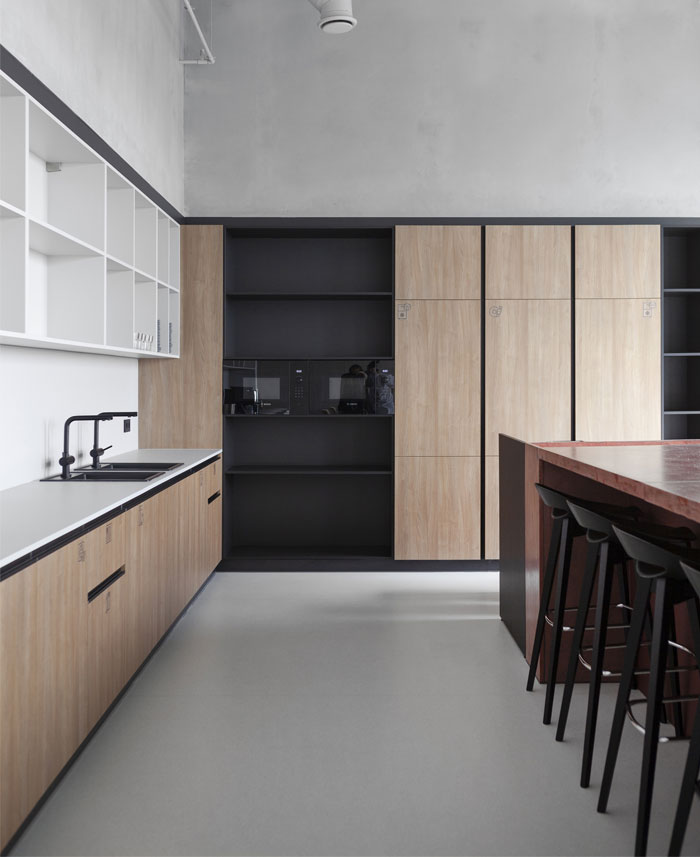 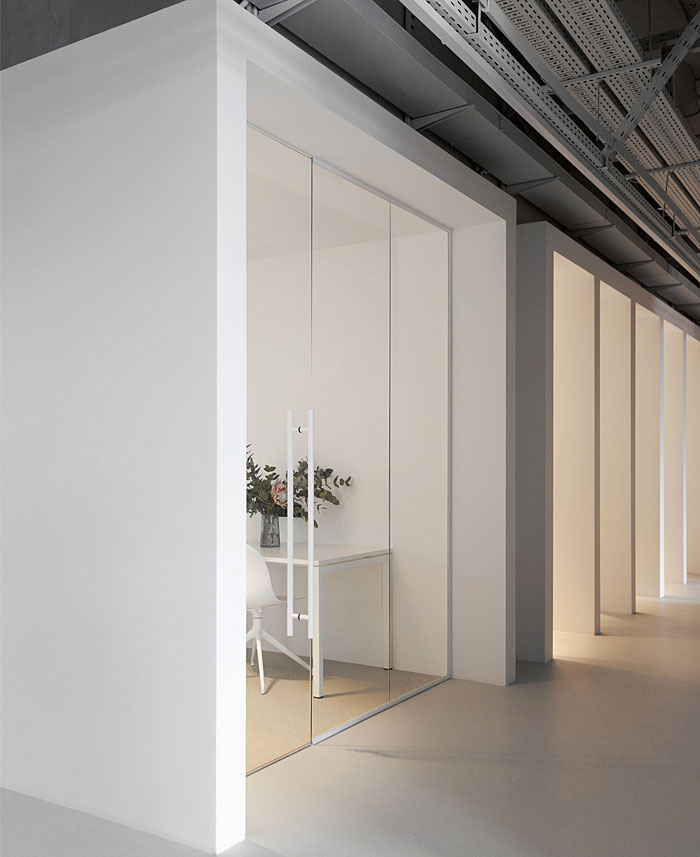 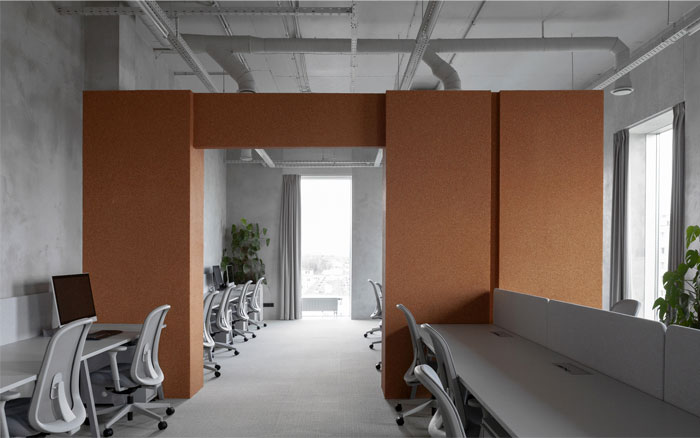 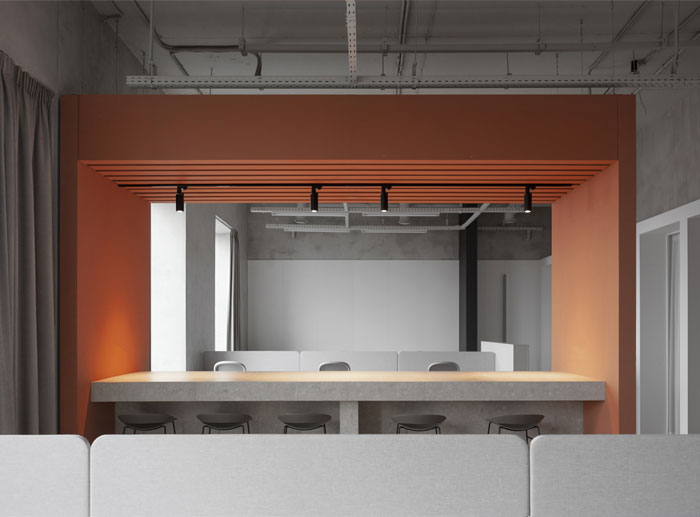 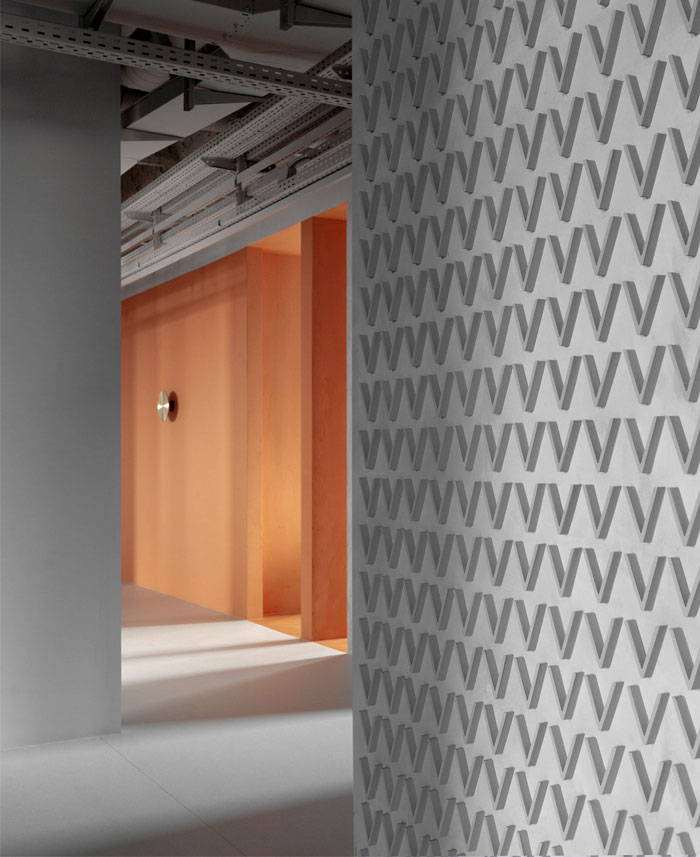