If you looked carefully, from the lot, you could see no fewer than three beautiful long-distance views of the surrounding rolling fields. However, the pastoral beauty was often hidden by the obstacles inherent to the (dis)order of a natural accumulation of buildings. The basic concept for the new building was therefore to reveal the panorama to its fullest by consciously framing it in a series of unique frames. In this way, an aesthetic added value arose from the need to provide an answer to the contextual limitations. 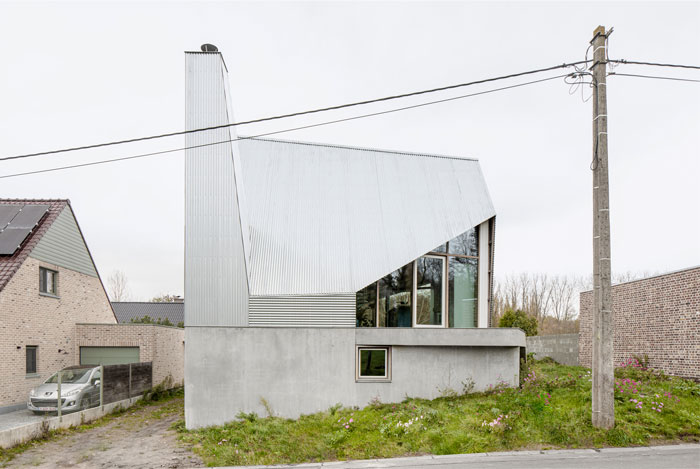 The architectural concept for the new building plays with typical elements (and strict regulations) such as the pitched roof and the chimney. As a result, the house still integrates nicely with its surroundings, but at the same time also stands out thanks to the use of materials and an original interpretation of the familiar Flemish typology. Three triangles have been cut into the plan, carefully positioned to offer views of the fields, the woods, and ‒ between two houses ‒ the country lane at the end of the street. 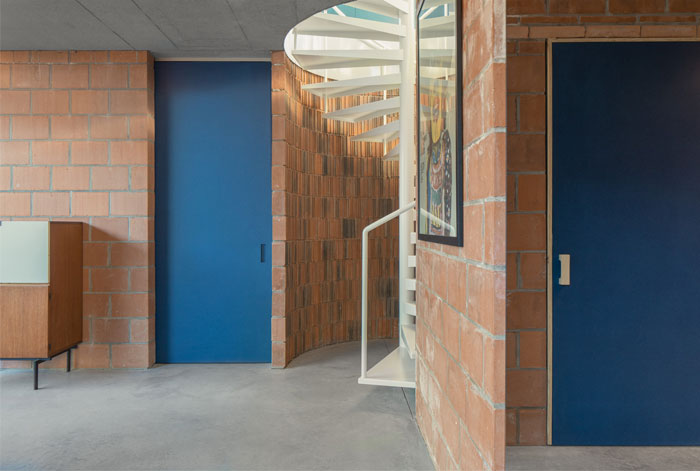 At street level, there is a concrete substructure, partly set into the ground. It is a straightforward solid block that only projects on the right into a garden staircase and on the left spans the entrance door at the back, forming a simple carport. In the downstairs spaces, the chiaroscuro effect created by the small square windows (some just above ground level) creates an intimate and protected atmosphere. The entryway, dressing area, bathroom and bedroom unfold around the central spiral staircase like the triangular wedges of a cake. 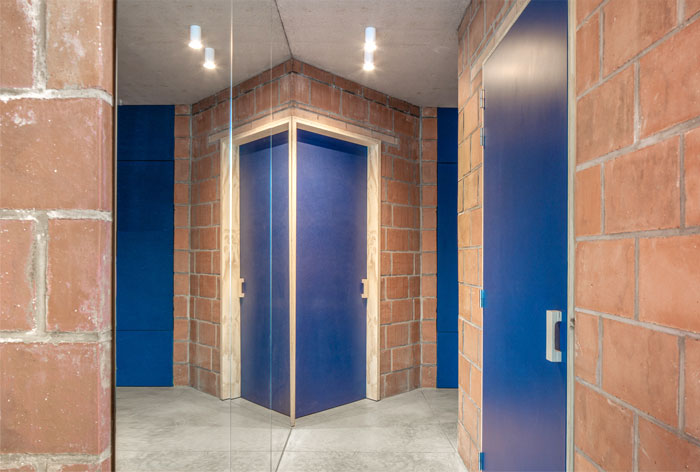 The second storey is a timber frame structure. In this open space, optimal use was made of the sloping roof to play with height in the kitchen and to create a more intimate atmosphere in the dining and sitting area. There is a cosy TV room in the loft under the roof. The feeling of security is enhanced here by the LVL wood that flows seamlessly from the walls into the custom-made sofa. 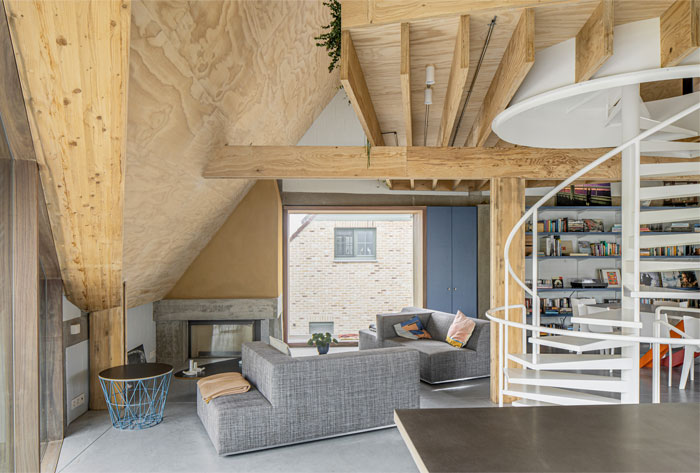 In addition to concrete, more raw building materials were used to finish the house, including in the facade and roof cladding. The corrugated sheets that were used for this are wafer-thin, which accentuates the materiality even more. Cut diagonally, they project above the sliding windows like a comfortable hoodie: sheltered and at the same time functional as sun protection. Cut-in bricks were used in the stairwell, creating a play of light comparable to the fluting in a classical column. On the ground floor, rugged ‘basement’ materials such as classic brick, blue MDF doors and white tiles were chosen, which enhance the intimacy of the spaces. It is striking that a similar atmosphere has been created on the first floor, but with different uses of wood. 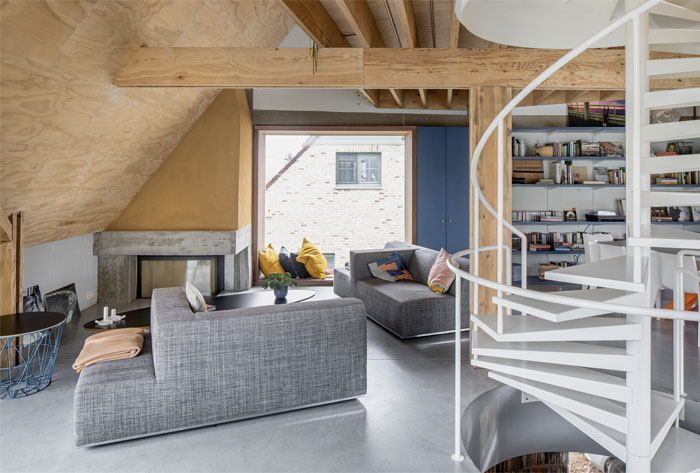 The typically Flemish context and strict urban planning regulations have been transformed in this new-build home into added value for the residents. They now enjoy both the space and intimacy that a pitched roof offers as well as the extra bonus of carefully framed views. 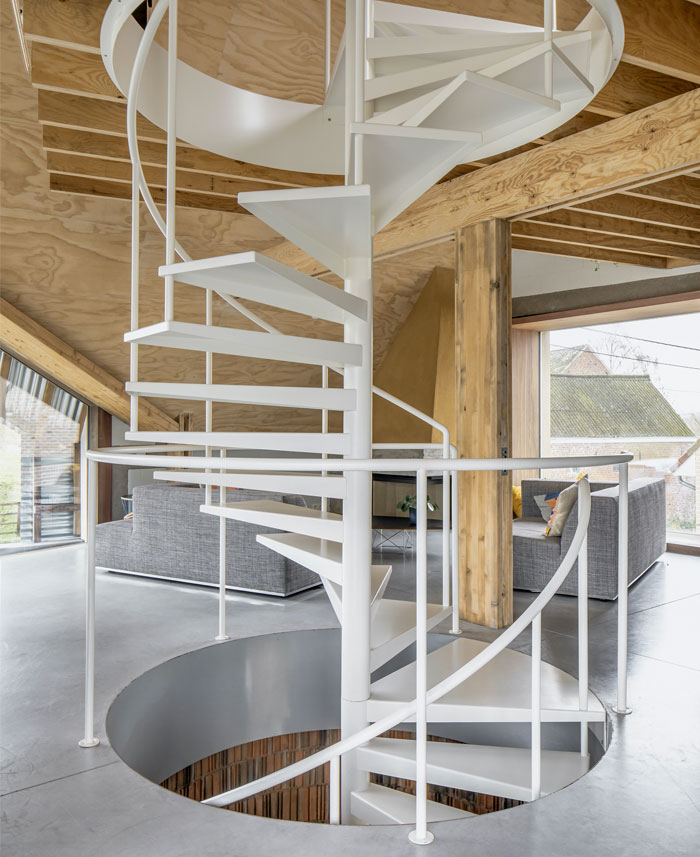 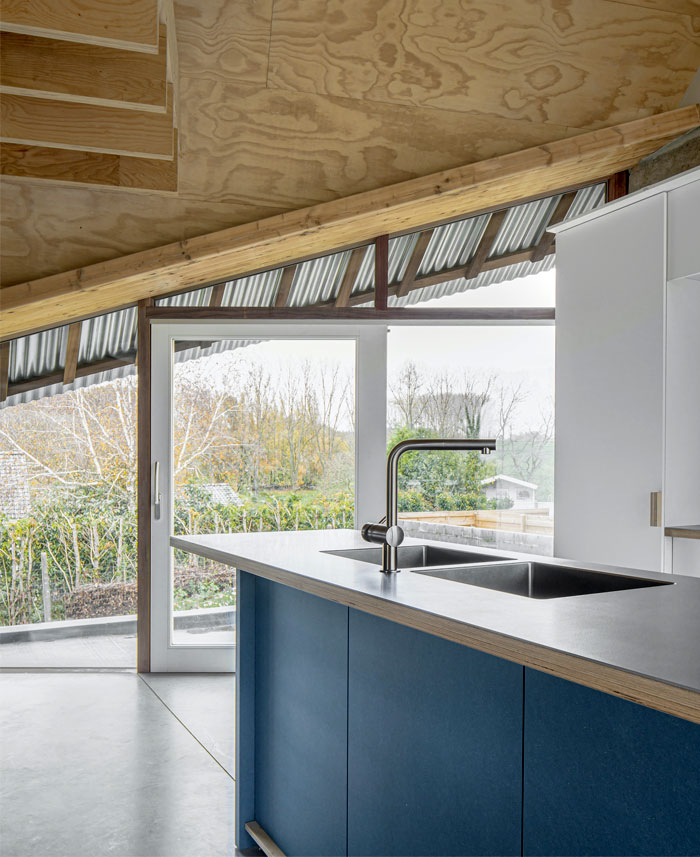 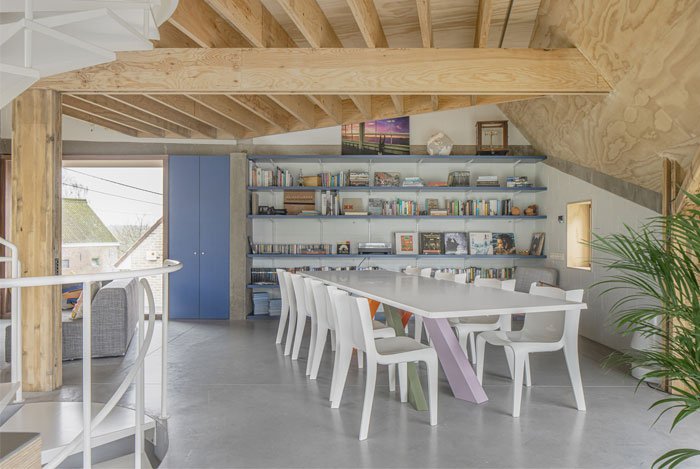 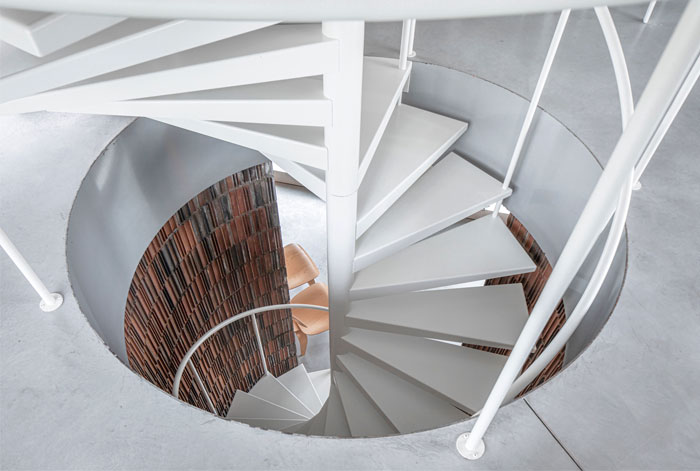 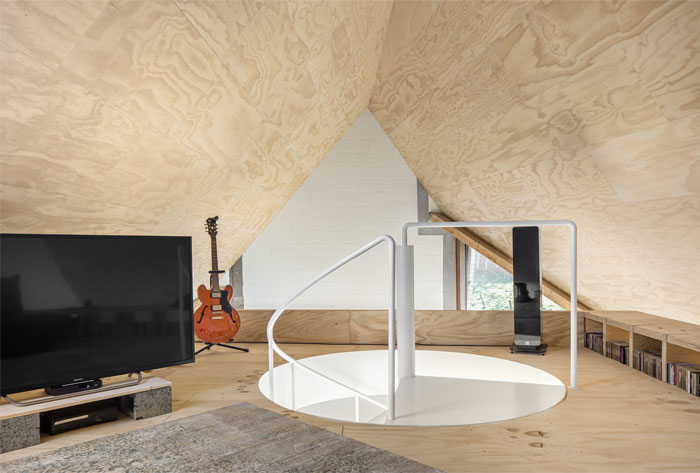 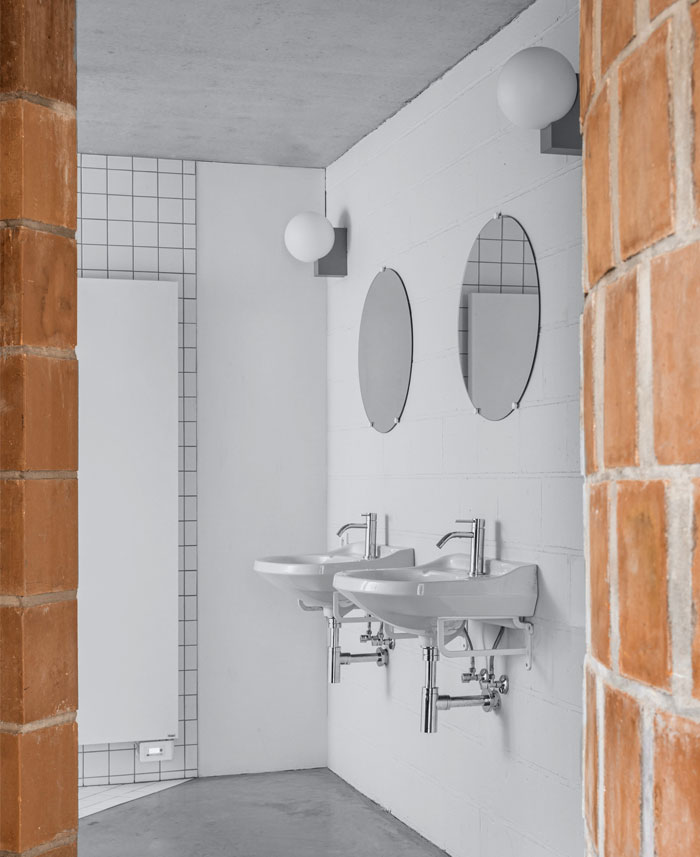 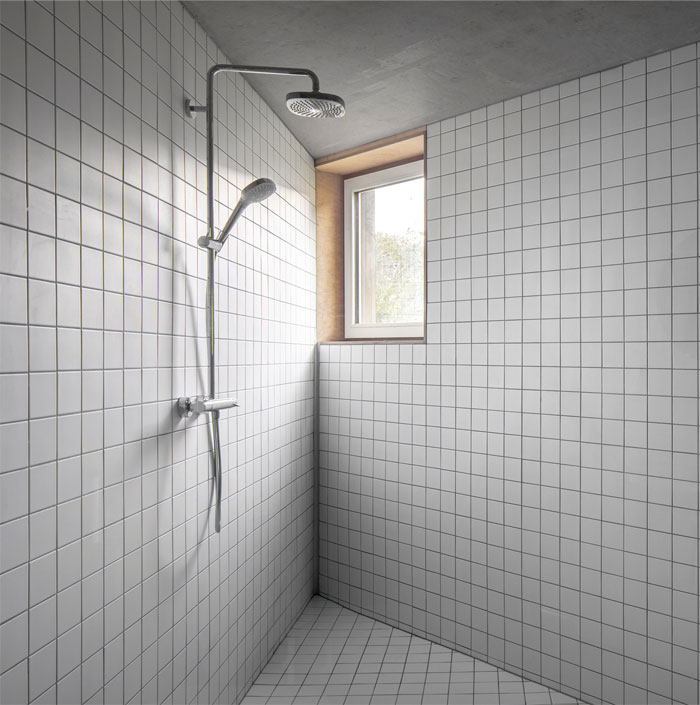