Designed by Arantxa Manrique Arquitectes, Atlantis gastrobar is a tiny eatery packed with big flavors in Barcelona’s Sant Antoni neighborhood. Covering just 20 sqm, the restaurant features operable glass panels on its façade to open the limited floor area outside, allowing the space to interact with both the street and passersby. 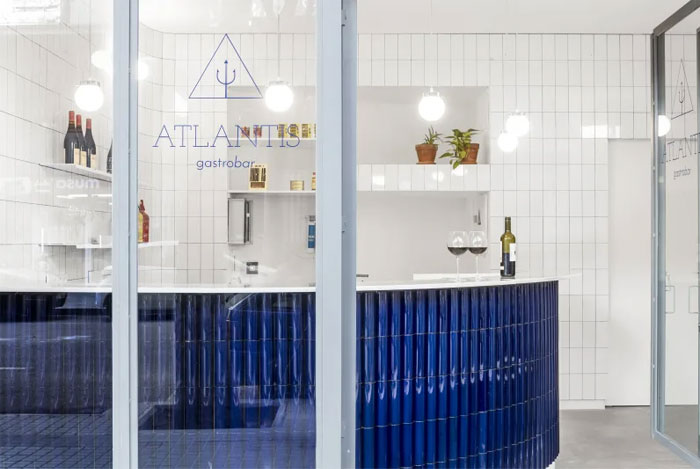 The architectural and design challenges were to endow this limited space with singularity and contemporaneity, maximising the space with special attention to details, enhancing the culinary experience. 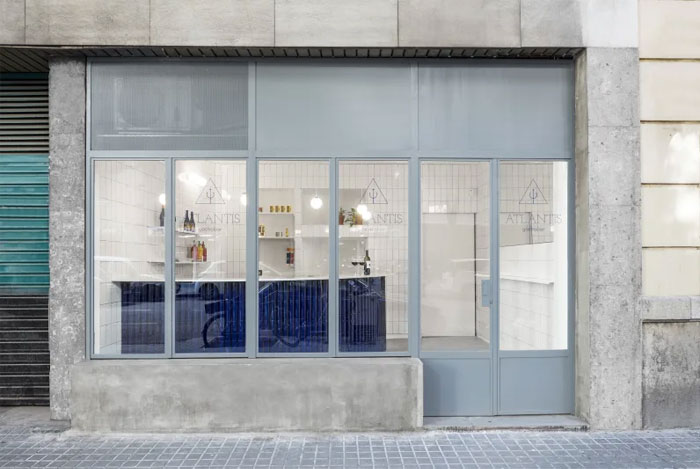 Atlantis gastrobar is conceived as a contemporary object that carries a nostalgic glance to the traditional corner shops. Opening itself to the street, the establishment catches the eye of the passer-by due to its radical aestheticism and form. The logotype is reminiscent of the sea, the mythical island of Atlantis, their protective god Poseidon, and his magnificent trident. 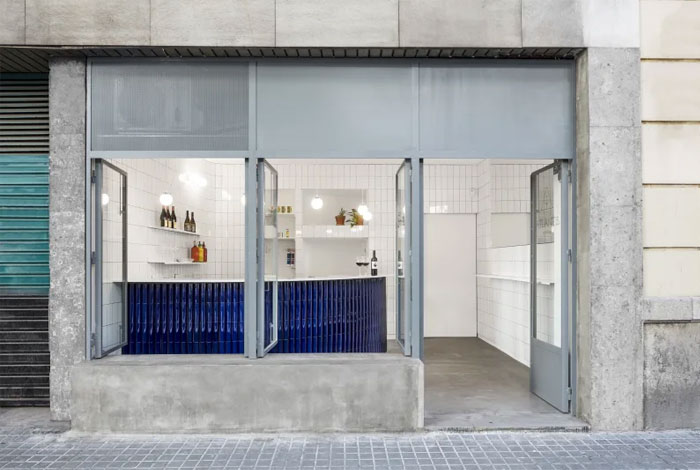 The inside walls are covered in white tiles, reminding the guest of a traditional fishmonger’s, and the space is dominated by a semi-circular bar made out of artisanal navy blue tiles. This waving geometry allows the space to be optimised to its maximum capacity, creating a balance between the working and the seating areas. Furthermore, the alteration of the angle of the back wall allows for it to gain enough space to allocate a reduced mobility toilet, a second washing area, and extra storage. 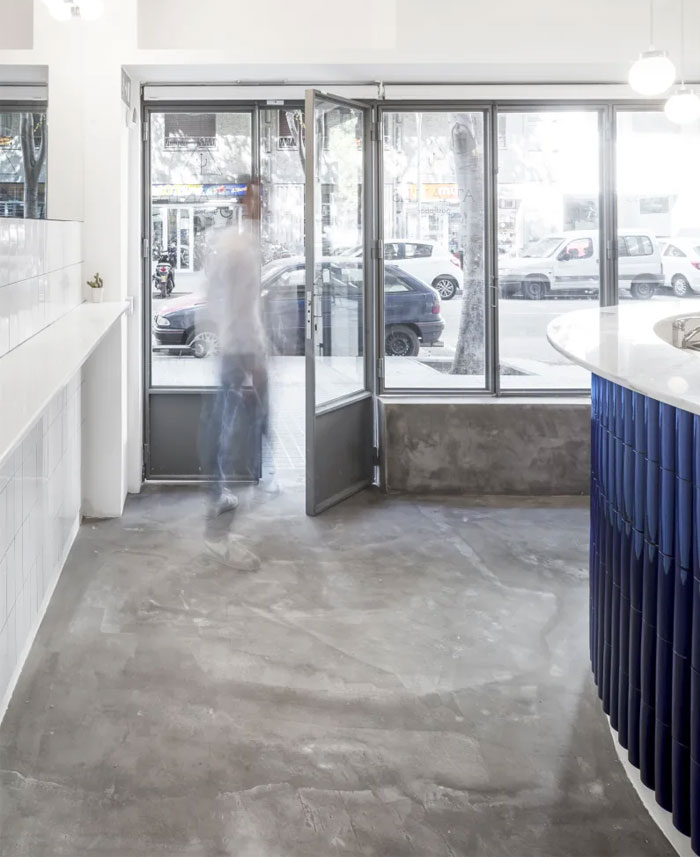 The modular facade is divided in three parts. The first one allows the entrance and exit of the establishment, and the other two are found on top of a concrete bench, creating a visual openness between the interior and the exterior, linking the establishment to the street and the neighbourhood. The opening of the metallic windows (made ex professo for this work) creates two intimate seating areas. Photos by Adriá Goula; 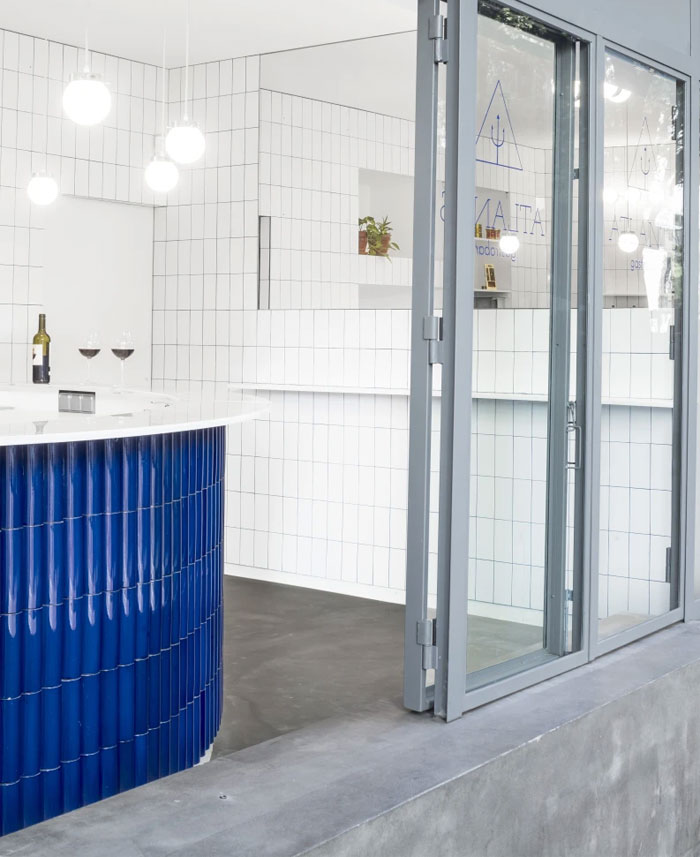 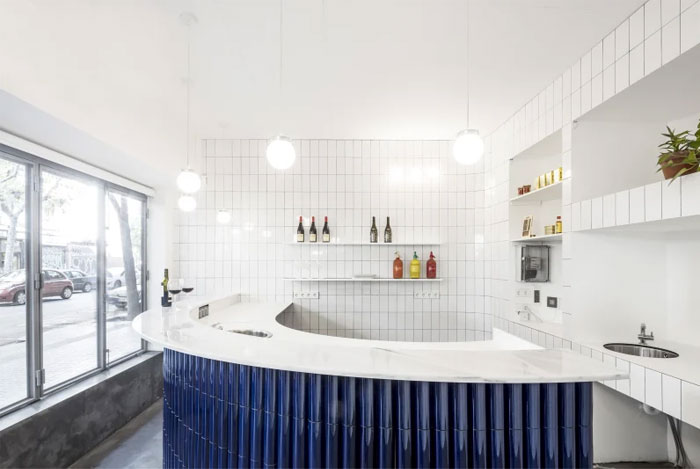 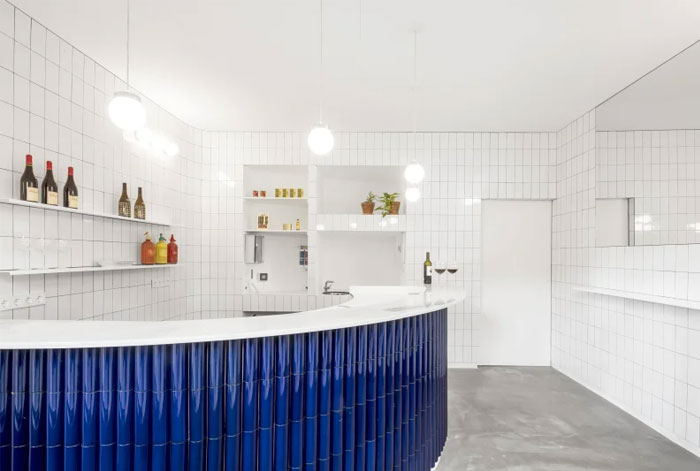