MG08 is an architectural intervention to generate a flexible dwelling, capable of being subdivided into different units, depending on the needs of its tenants. For many people, building their own house is the most significant personal investment they will ever make. In fact, it is one of the most stressful periods in an average person’s life. Due to this situation, many people turn to conservative housing models, appealing to the closest references they have, which is usually the family home they grew up in. 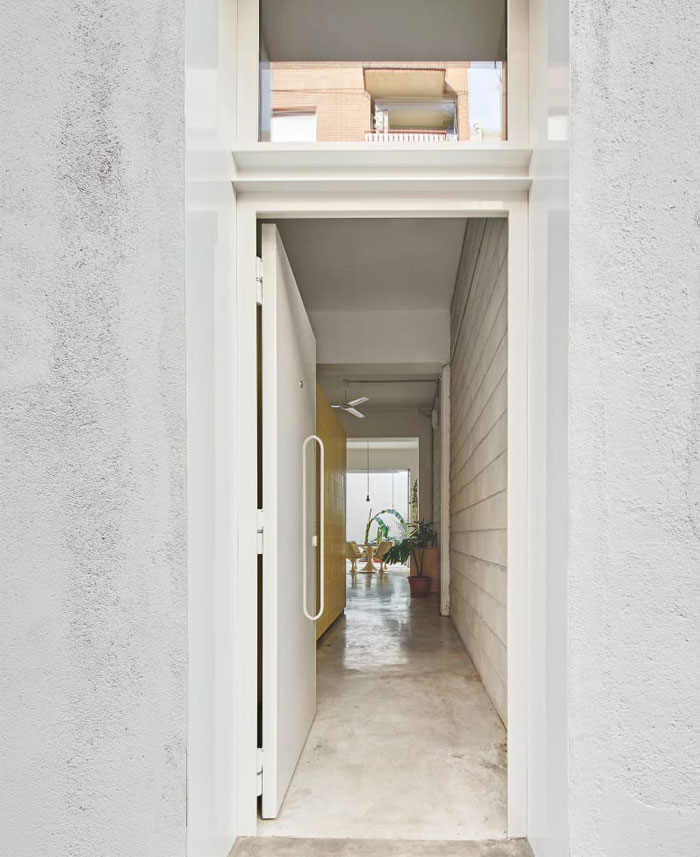 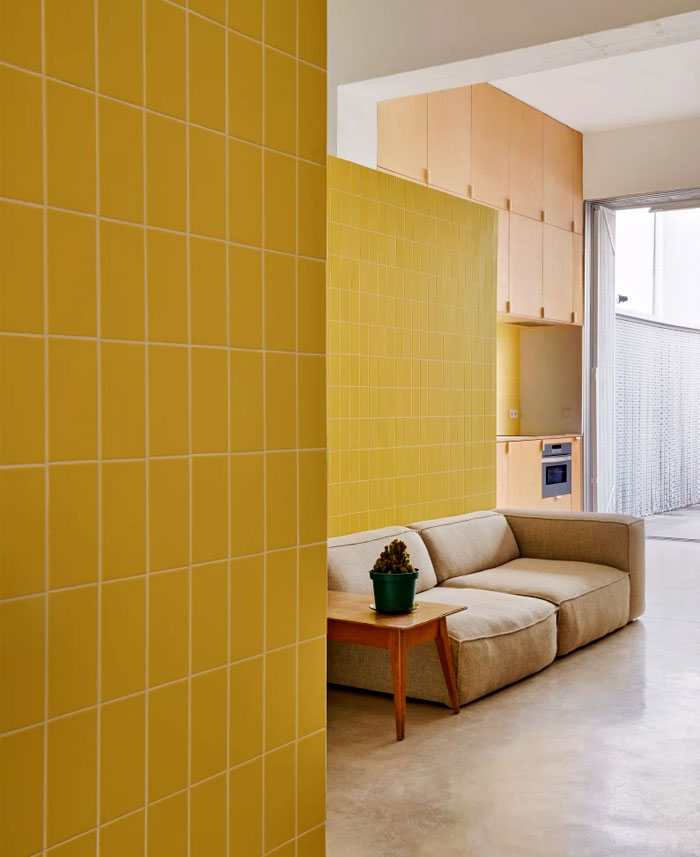 In many cases, people look for a place where they can live for the rest of their lives, despite the fact that their lives can change enormously in many aspects, such as the number of family members, socioeconomic conditions, mobility or health status, among many others. A house should therefore be capable of transforming or adapting to the changes of its inhabitants instead of being an invariable element. 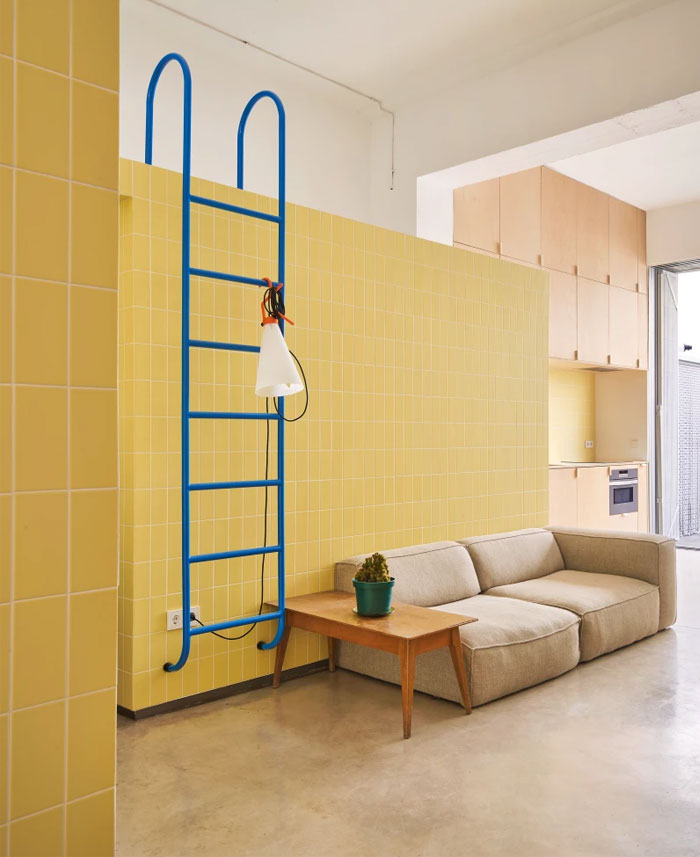 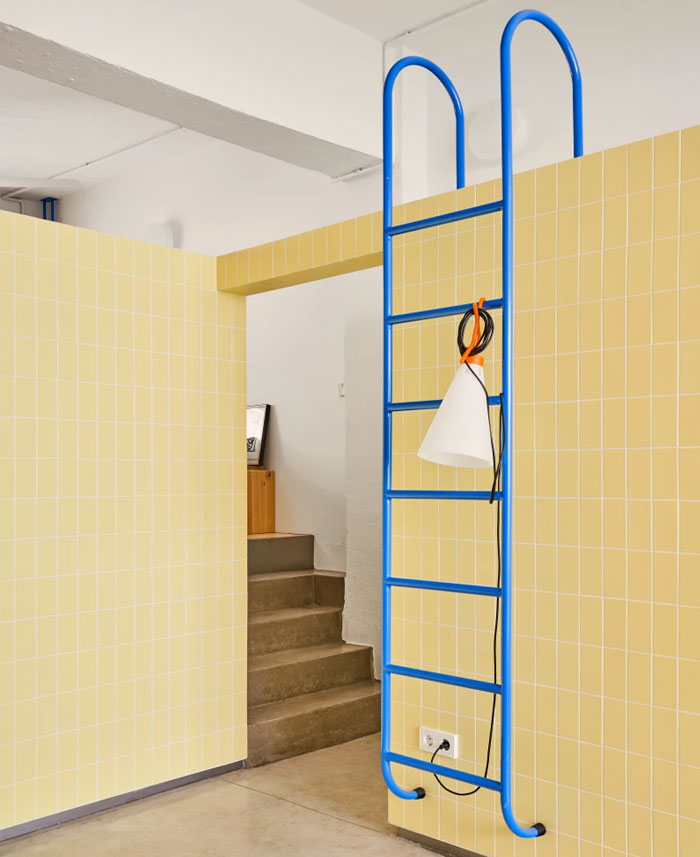 María Guerrero is a house that was born split in two. In order to be able to afford the purchase and construction costs, the inhabitants of this project start their life in this space by occupying half of the house and renting the other half as an independent home. The separation between the two spaces is made by an acoustic protection wall, which can be partially or totally demolished to add space from one dwelling to the other. The model can evolve parallel to the economic or spatial needs of the inhabitants, so that the space can be unified into a single unit for a period of time, to become two independent spaces again in the future. 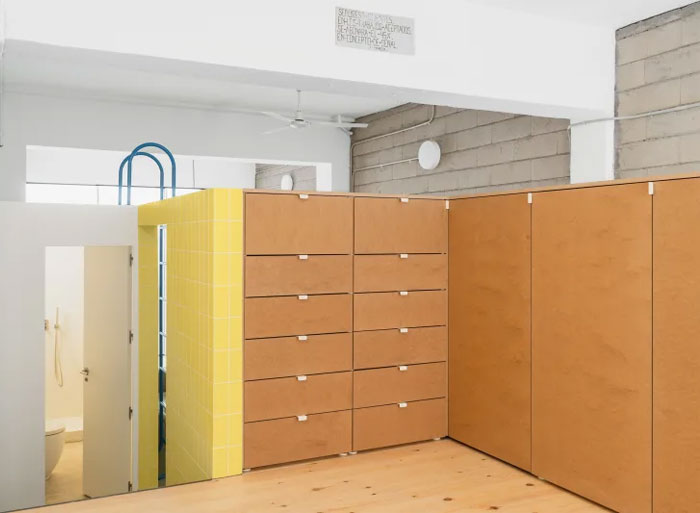 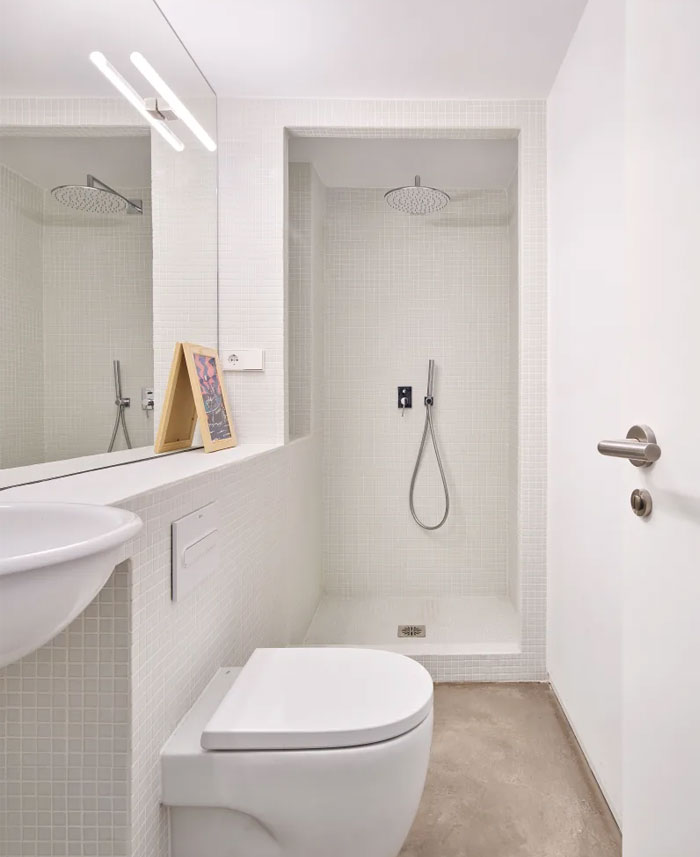 The morphology of this space, adjusted to the structure of the building under which it is located, allows the spaces to be partially modified, allowing one dwelling to be extended to the detriment of the other, without the need to directly unify them in a single piece. This process could be gradually reversed if the economic needs of the inhabitants again require additional income for a period of time by renting part of the space. 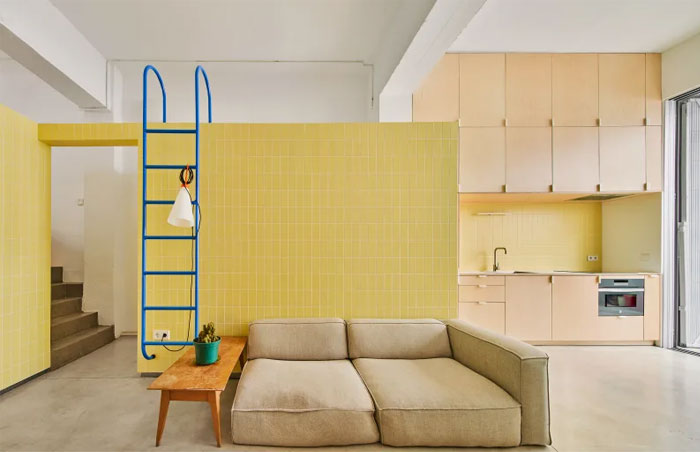 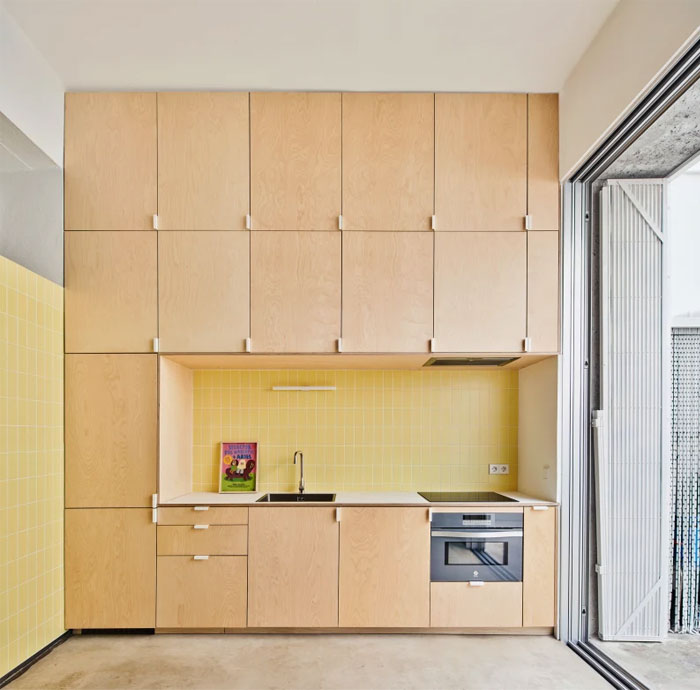 The project occupies a ground floor space, which previously sheltered different industrial, commercial or sportive uses, whose remembrance is guides the material selection such as a yellow tiled wall proper of a gym locker room or the use of cement-like materials and treatments on floors and walls, in order to create a raw, unfinished condition, especially for those elements that are intended to be removed, such as the dividing wall. Inner courtyards of both units occupy the space that was formerly a small industrial building covered by a gable roof, whose wooden structure has been preserved. 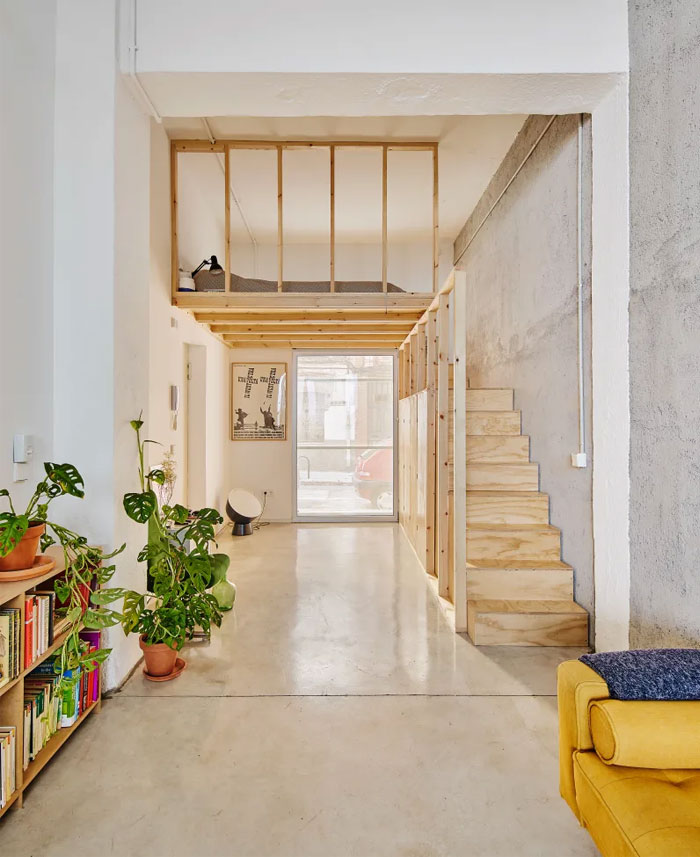 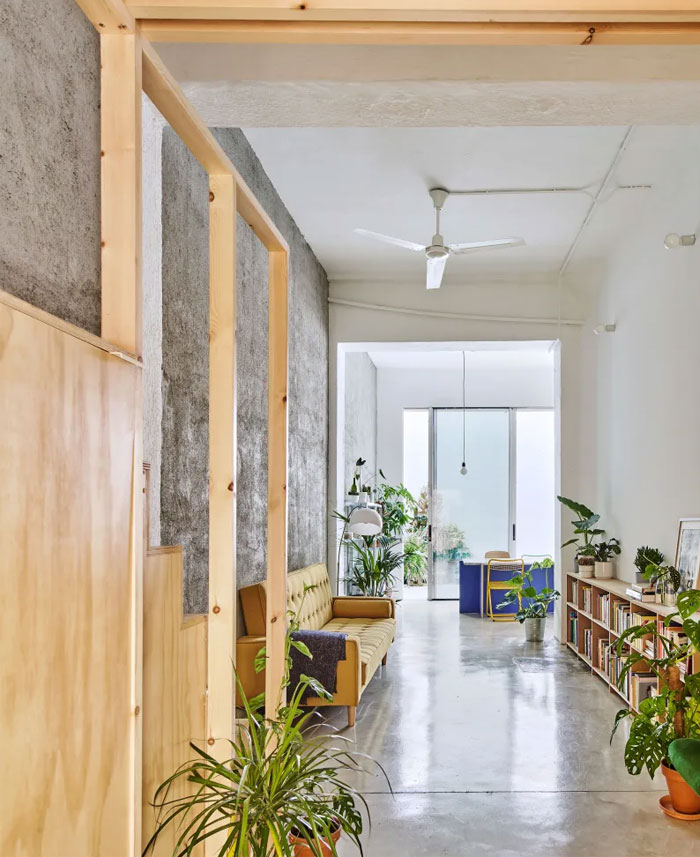 The kitchen project was developed with CUBRO, specialized in producing of custom kitchens out of standard IKEA units, in order to create an out-of-scale kitchen: a floor to ceiling structure that goes from being a kitchen to a storage element for the rest of the house. Architects: BURR; Photos by José Hevia; 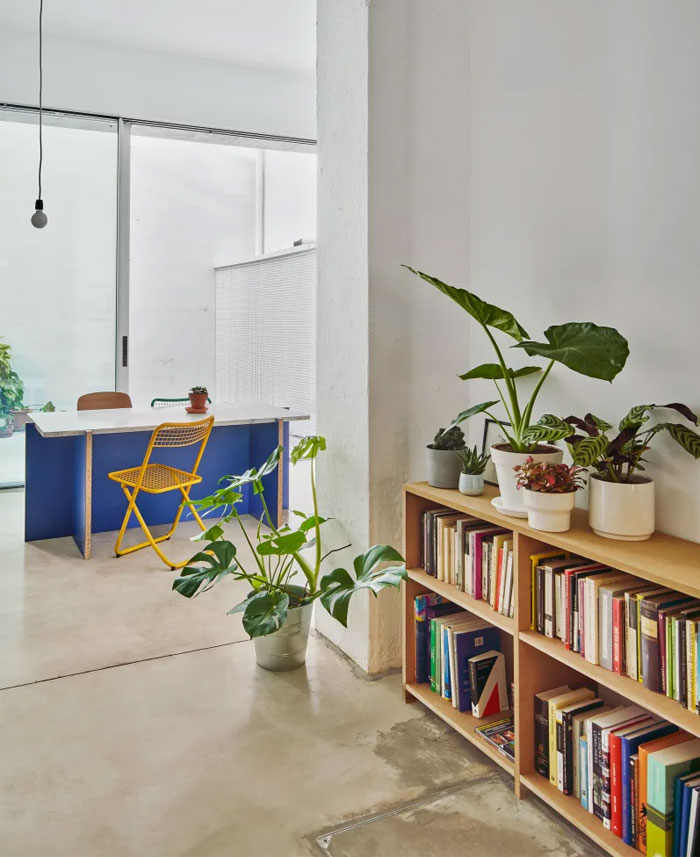 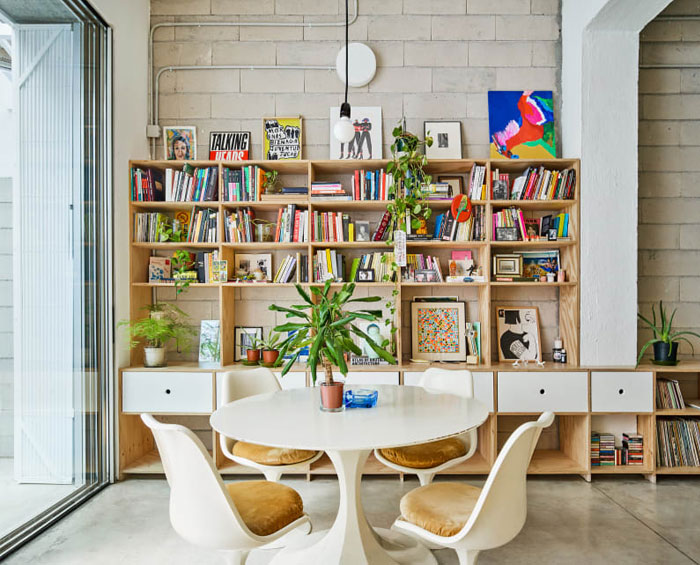 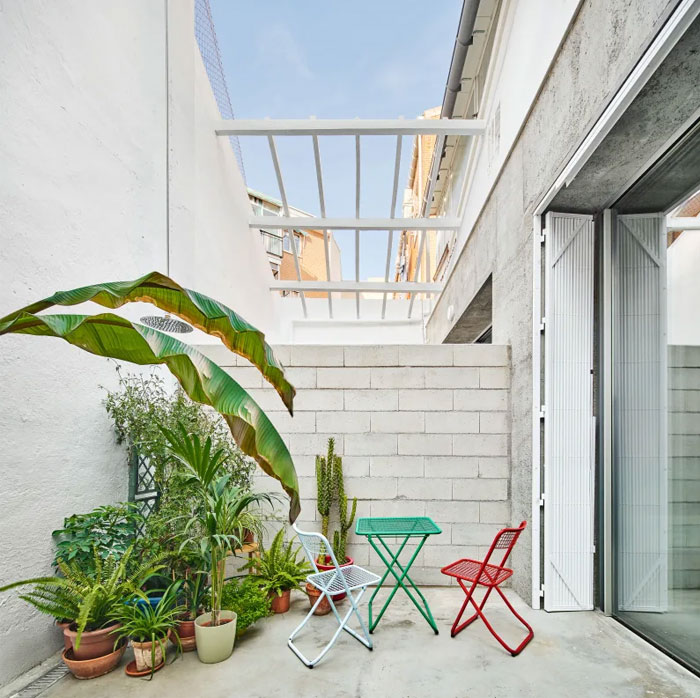