Dressed in a fit-out influenced by filmmaker Wes Anderson’s celebrated style, The Budapest Cafe in Carlton, a student-dense suburb of Melbourne, follows the popularity of its predecessor in Chengdu, China. Brought to life by local Australian design studio Biasol, led by practice principal Jean-Pierre Biasol, the interior of the 94-square-metre cafe is imaginative and evocative, showcasing offbeat design elements punctuated by compelling blocks of colour. 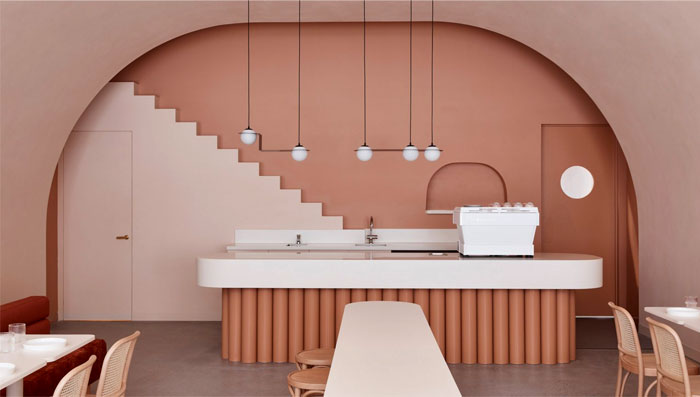 For the design team at Biasol, his catalogue of cinematic works was a rich source of inspiration. “Having studied Wes Anderson’s style for The Budapest Cafe in Chengdu, China, we evolved the design experience for the new Melbourne cafe, with a natural, earthy colour palette reflecting the local design sensibility,” says Jean-Pierre. 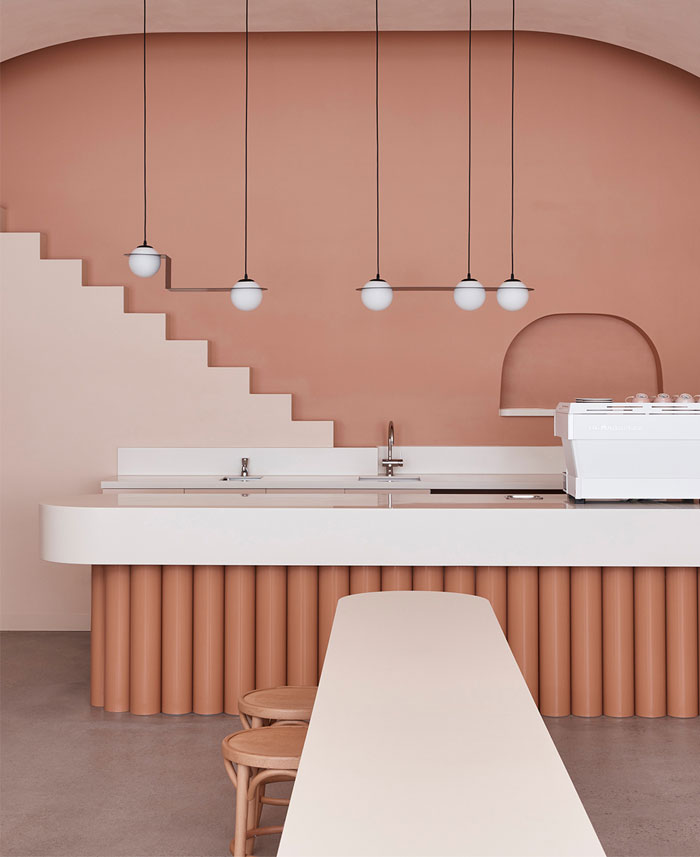 There are parallels with the work of UK-based artist Emily Forgot, too, whose layered architectural assemblages are reminiscent of an artificial stairway that ascends the side wall of the cafe before disappearing mysteriously out of frame. On the facing wall, this imaginative trompe-l’oeil effect is echoed by another ‘staircase’ housed within an arched recess. 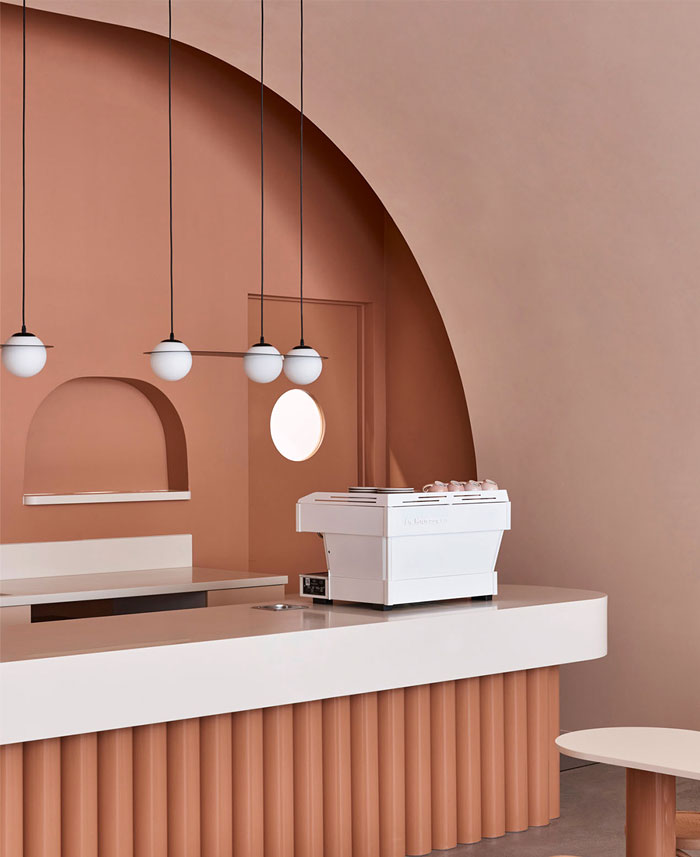 Curved banquette seating sweeps past the front of the cafe beneath a double-height volume, with a communal bar table positioned through the centre. A tunnelled archway at the rear of the cafe draws the gaze of guests further into the space and frames the main counter. Through these punchy gestures patrons are invited to engage with the interior by capturing and sharing the ultra stylised scenes on social media. 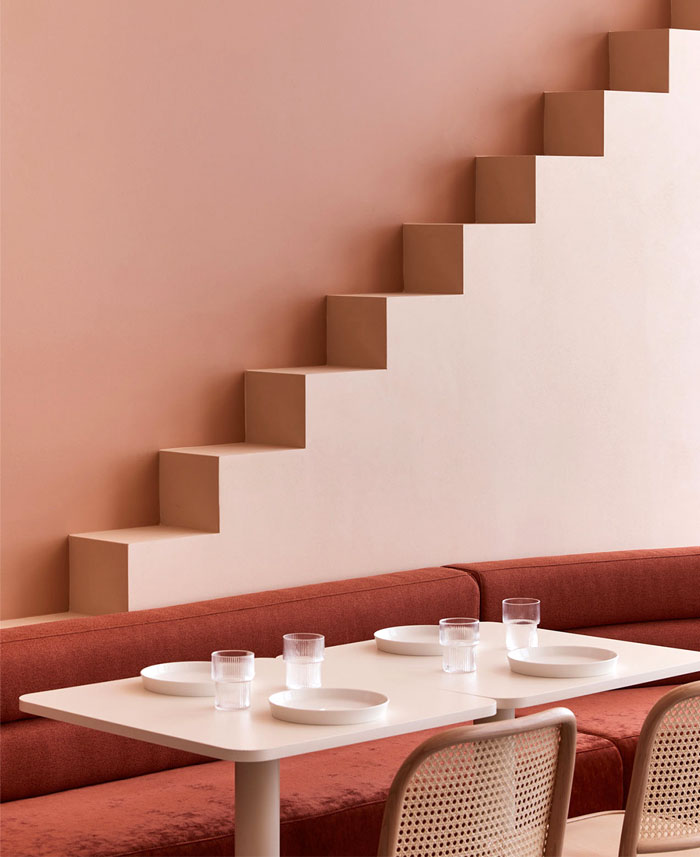 The natural earthy palette exudes warmth, texture and character, while still in keeping with the pink-iced facade of Anderson’s Grand Budapest Hotel. 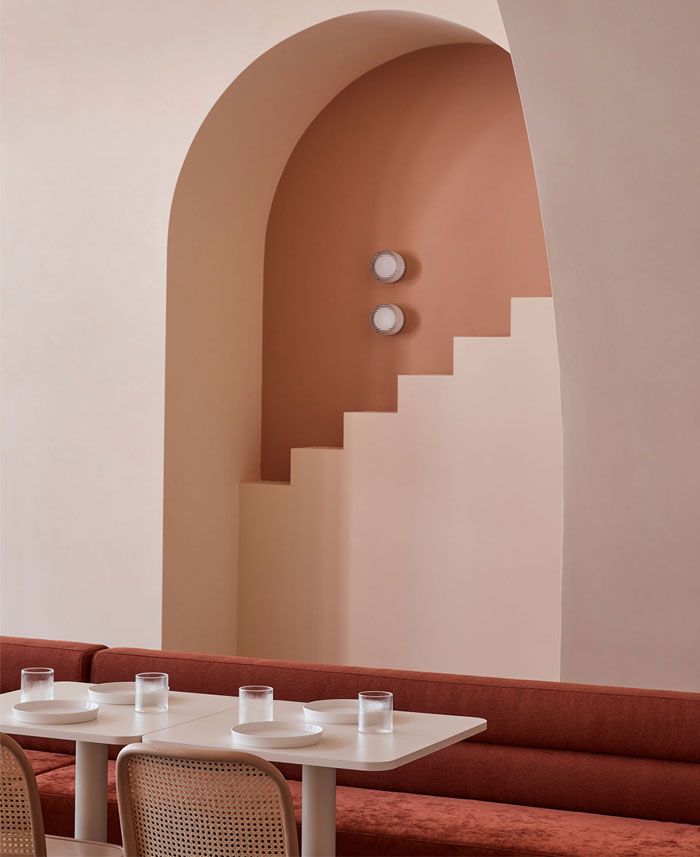 The designers specified a warming palette for The Budapest Cafe that ranges in its depth of colour, aimed at highlighting the fanciful elements and creating a unique sense of two-dimensionality. “The natural earthy palette exudes warmth, texture and character, while still in keeping with the pink-iced facade of Anderson’s Grand Budapest Hotel,” says the designers. “Minimising the built form allowed us to maximise the impact of colour.” 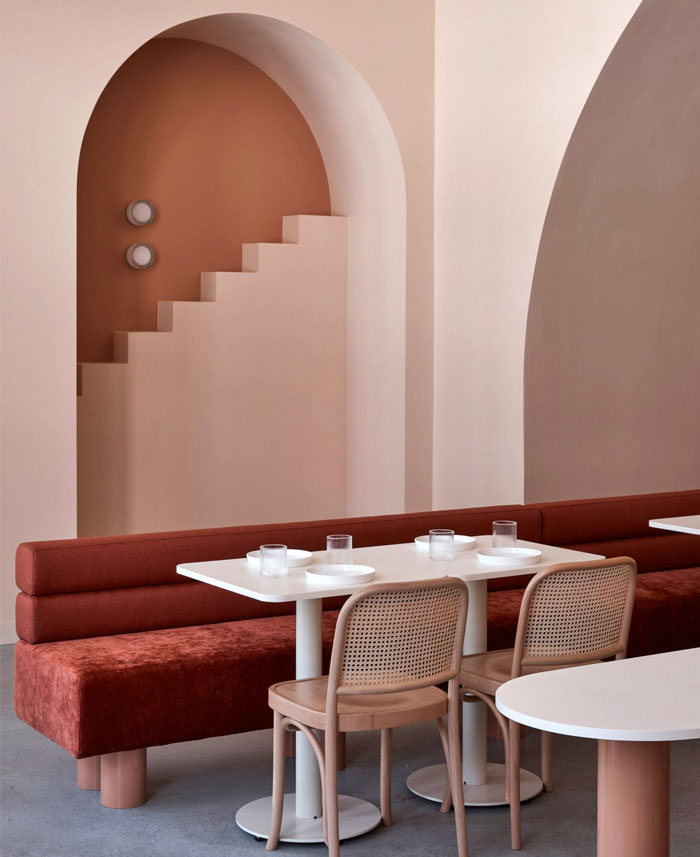 Lighter hues, such as sand and beige, were used in the foreground while slightly darker tones, such as terracotta and tangerine, were reserved for the background layers. The banquettes are swathed in rust-red upholstery fabric – adding more depth to the scene – contrasted by glossy tubing along the front of the counter. “We drew on our appetite for modern abstract art, design and hospitality to create an immersive gallery-like experience,” says the designers. 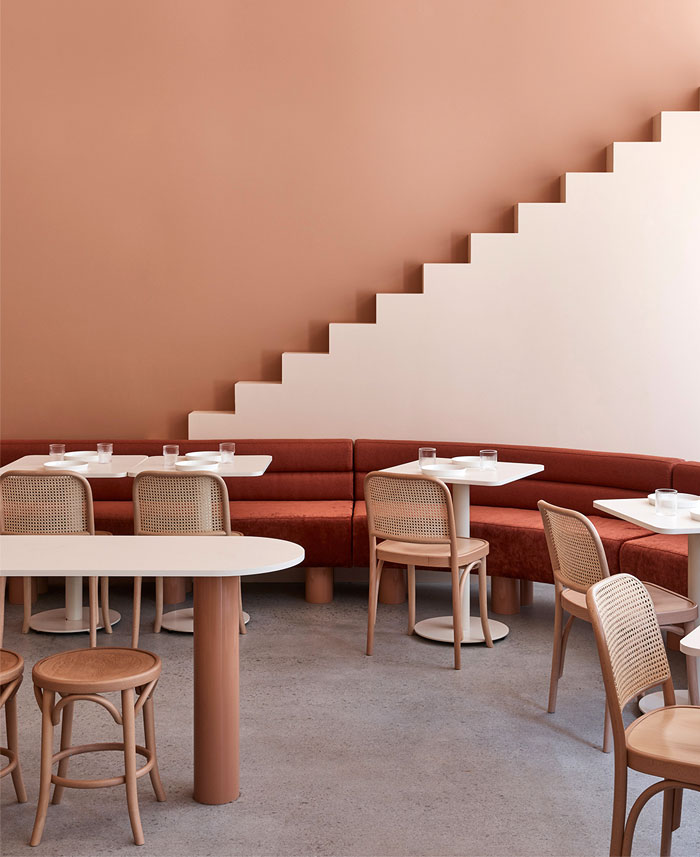 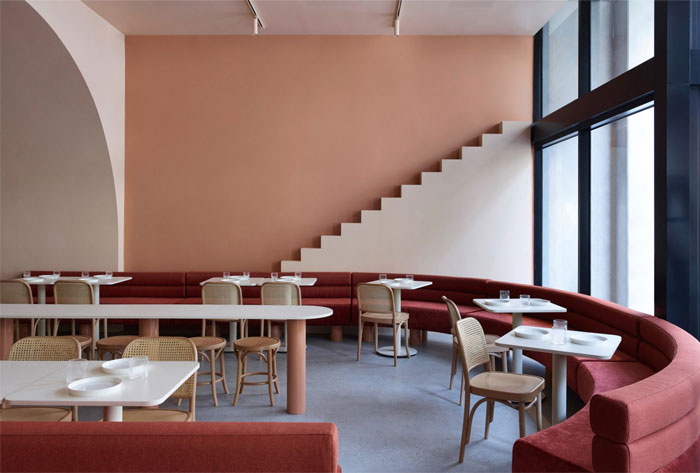