The Cabanyal neighbourhood is separated from the city of Valencia but connected to it. A location with its history and development always linked to the sea. This distant relationship with the urban center, produced a new urban node that would end up connecting with the main city through successive extensions since the 19th century. 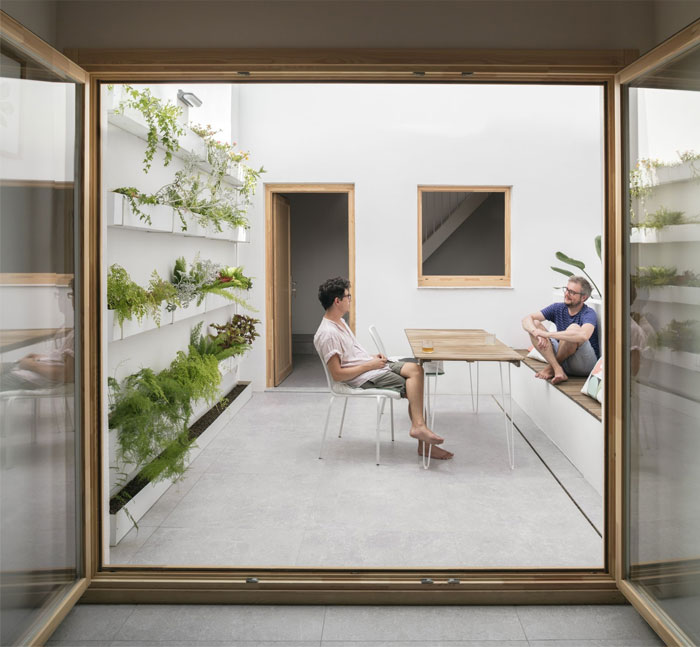 Today, the neighbourhood maintains its own character, with sprinkled examples of popular, modernist and contemporary architecture. The Cabanyal its preserving its essence despite some transformations and building incursions totally out of style and scale, and has overcome even the attempt to open a large avenue through the historical plot. 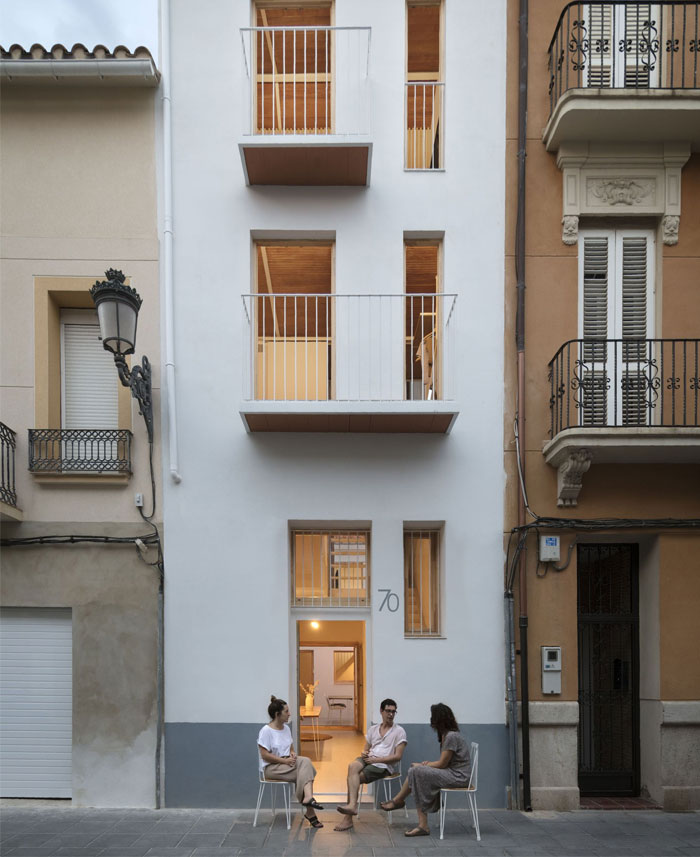 Rosari70 project is in one of these plots between party walls. Specifically, is located in one of the narrowest typologies with four meters wide and fifteen deep. A west-east facing plot surrounded by three-storey buildings that creates an alley perception. The difficulty of the project laid in making the most out of the buildable area, keeping all the spaces well lit and reducing to the minimum the connection surface. 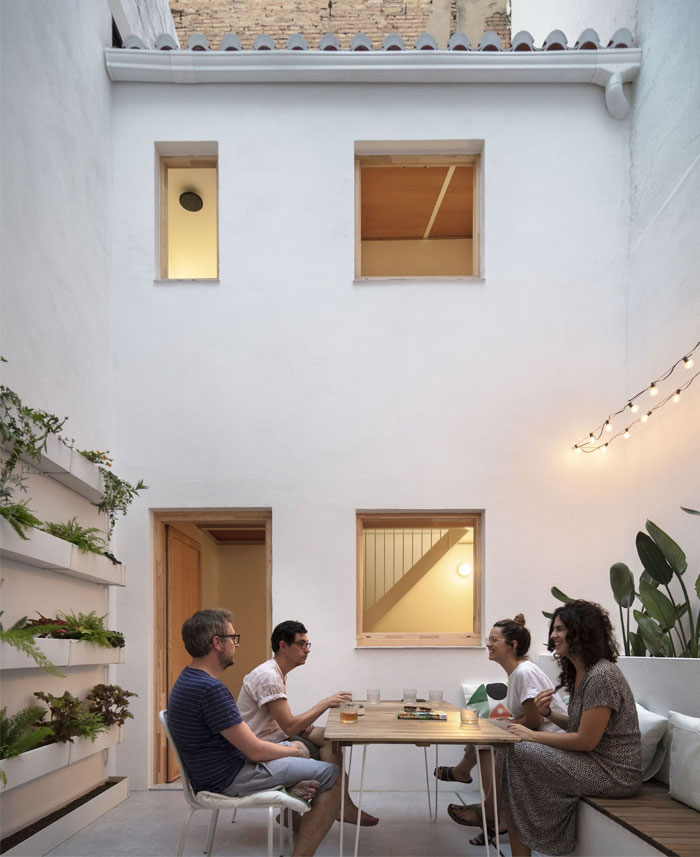 The first important decision was not to locate the patio as usual, at the back of the plot, but in an intermediate position. This way, the house is divided into two volumes, which allow better insolation of the interior spaces by reducing their heights. The second strategy was to relate the interior slabs at a middle floor height from one storey to the following, simplifying the development of the staircase by saving landings. In addition, the stair design was conceived to provide the greatest possible passage of light. 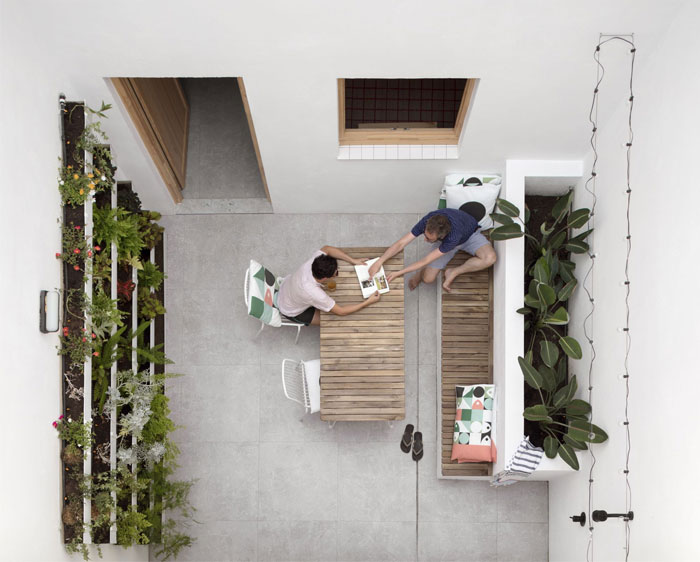 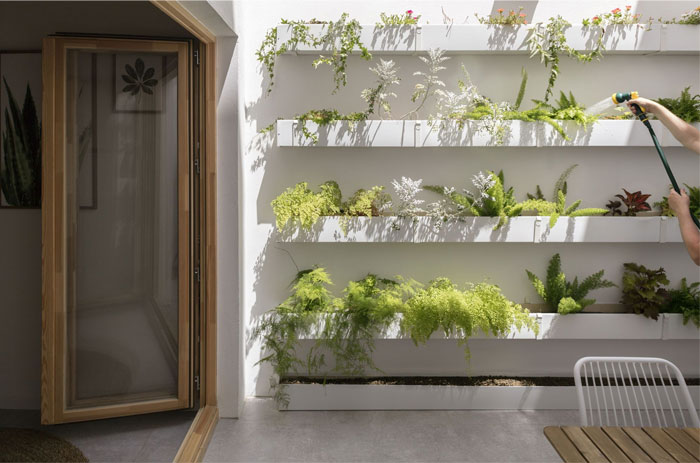 These decisions, together with the great height of the ground floor and the avoidance of transversal enclosures, result in a continuous, bright and fluid space that is far from the dark and linear interiors that one would expect. The reduced front of the plot, as well as the movement of the slabs, led to working with a metal structure. This was enhanced by showing it in most spaces and elements. Also, it was combined with more traditional materials such as ceramics or wood. These materials are closer to the construction tradition of the barracks that coexist in synergy with the structure of the house. 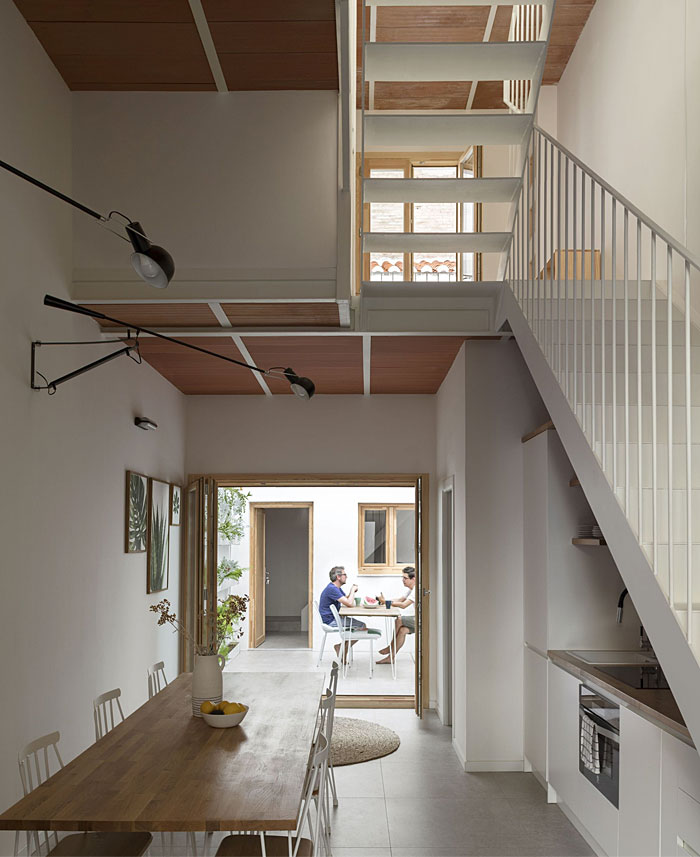 The facade is ruled by a simple and clear structure, following the traditional scheme of the neighbourhood and its materials, taking them to a level of cleanliness that gives it a contemporary character. The large gaps in the facade speak of the relationship with the neighbourhood, but the house organizes its life towards the interior. The patio plays with an interior-exterior language and the relationship of the two volumes imbues it with a street character. This character is accentuated by the terrace and the balcony windows that maintain the same language as the façade. The terrace takes advantage of the sunniest area on the second floor, turning it into a solarium. 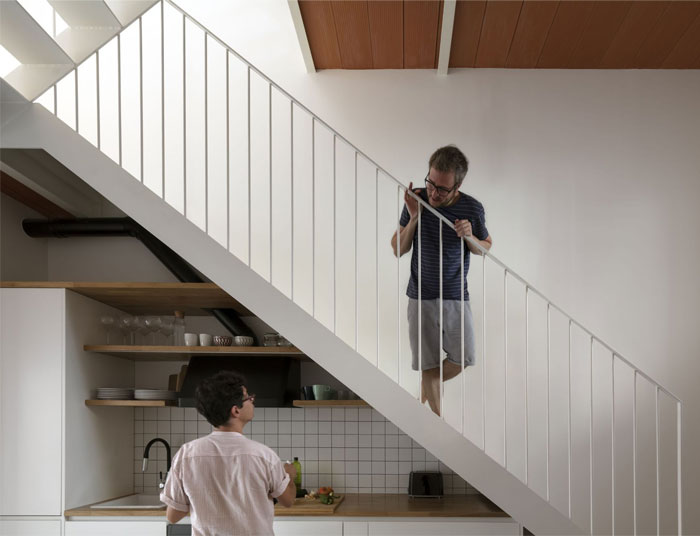 This sense of patio as a private street is accentuated by the landscaping project that combines benches and continuous planters with exuberant plants (Strelitzias) and terracotta pots with small fruit trees (kumquats). The landscaping culminates in a “vertical garden” as a mosaic of greenery in the shadiest area of ​​the patio. The orientation, distribution and vegetation turn the patio into a great thermal well-being space. This vacuum works like a heat engine. It receives sun (by reducing its tight through the terrace) in the early hours of the day and stays cool the rest of the time. It also facilitates the ventilation of the main body of the house with the ability to close to the west through the main facade. 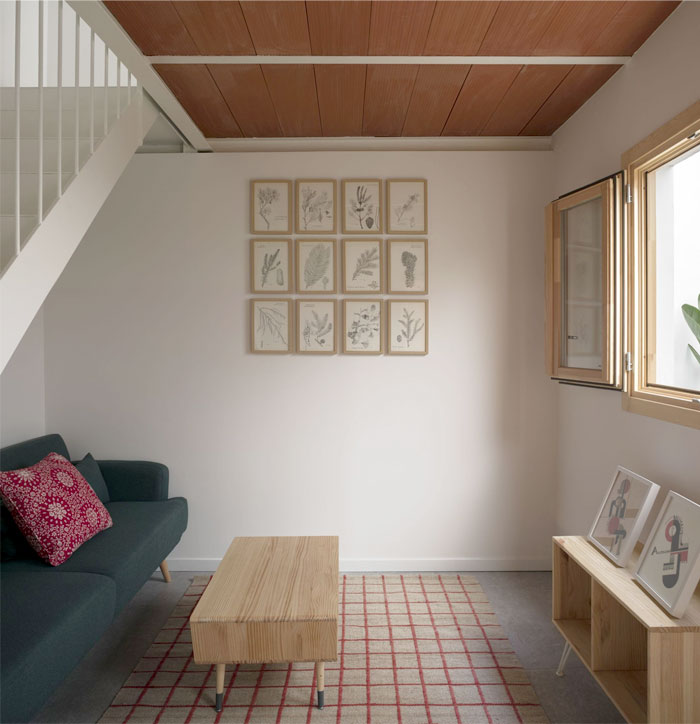 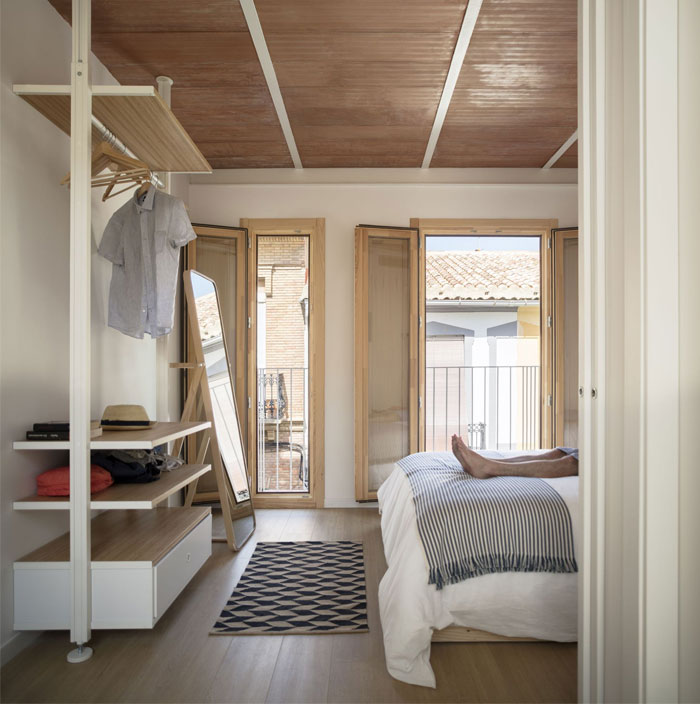