The very familiar task of renovating and extending an ageing, unavailing nineteenth-century Victorian terrace in inner-Melbourne quickly developed itself into a larger and more concerning conversation about how our constantly changing society lives and responds to the ageing and preservation of architecture of the past. 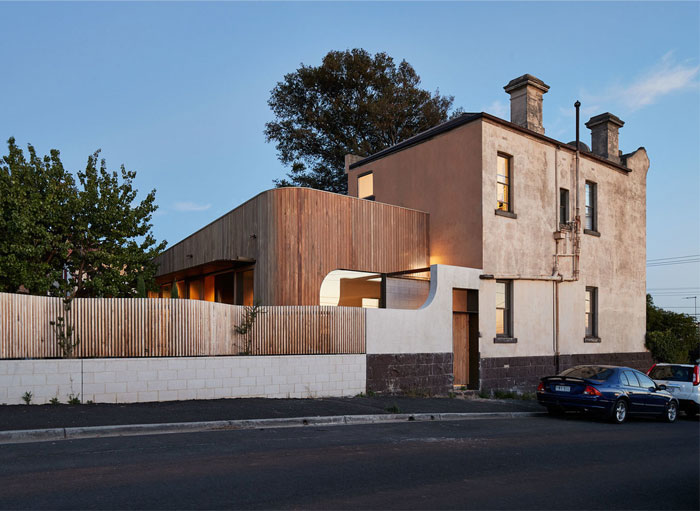 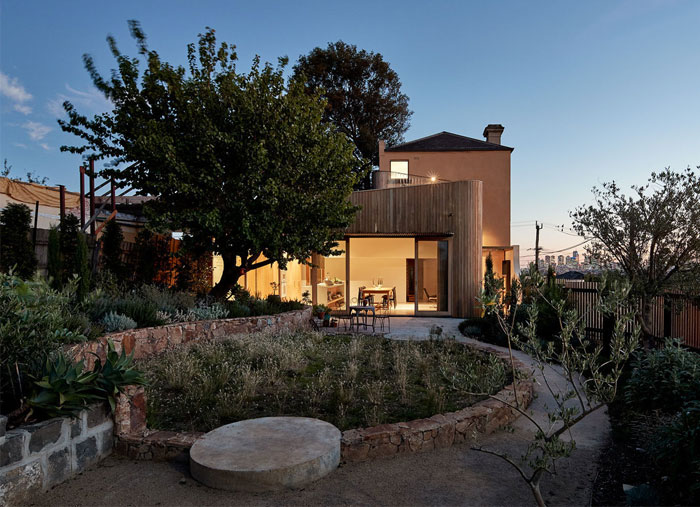 Our response was inspired and directed by the client’s determined assertion that she was merely the current caretaker of this ‘old lady’; of this building that had preceded and would surely succeed her into the future. Beauty, ageing, utility and continuity were explored through the analogy of the existing house as an ‘old lady’ with a bustle dress. Perched on a hill and on the boundary of an elongated corner site, the house was thought of through its side elevation.

With the Victorian ‘Lady’ in mind, we developed our architectural drawings as though they were Victorian portraits of women taken in profile – drawings historically used to illustrate the pronounced fashions of women’s bustle dresses. Used as a language of self-expression, the bustle dress became the architectural equivalent of how our extension would add character and presence to the existing house without dramatically recreating its identity and cloaking its aged grace. 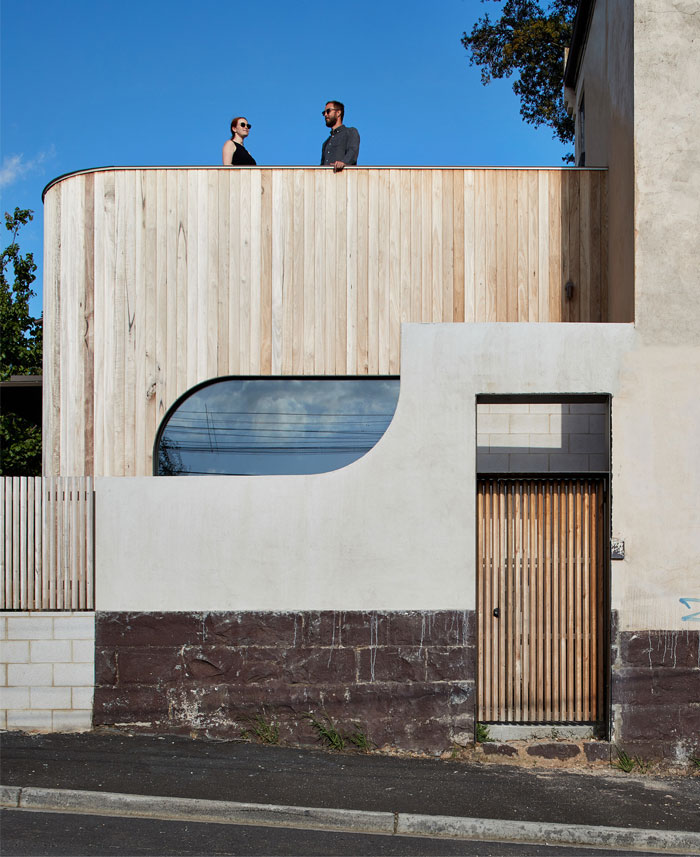 Containing a kitchen, dining room, bathroom and laundry, the modest addition was positioned to the rear of the existing house and centrally to the site and accompanying garden. This importantly also meant that the extension could build and blur the relationship between the house and backyard and the adjacent street and community, an important idea in response to the traditional private backyard. The language of the bustle is referenced in the curved walls and windows of the extension and the ribbon of timber that oscillates along the side boundary of the house. 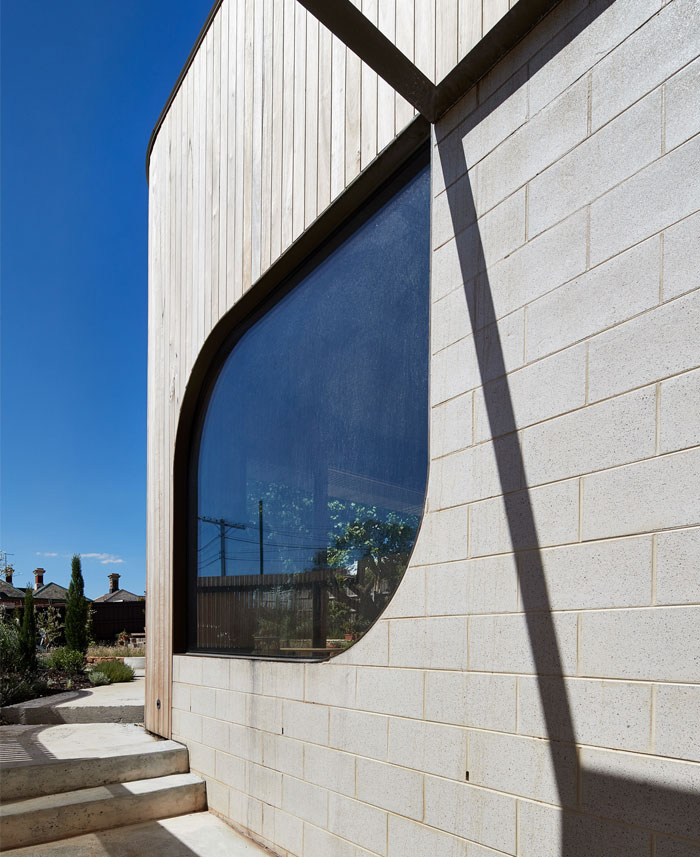 The language is of the bustle train with the timber balustrade its lacework and the trees that grow throughout its embroidery. This completion of the image of the carriage dress ties together these architectural additions to emphasise the existing house and modify it to its modern needs. However, they also delicately argue for the original home as something unfinished but with an undeniable beauty. Our architectural addition didn’t wish to re-shape who our building was, and we didn’t wish to change its face or identity. Instead, we were conscious of allowing the house to age gracefully by acknowledging its weathered nature as a thing of beauty and respect. 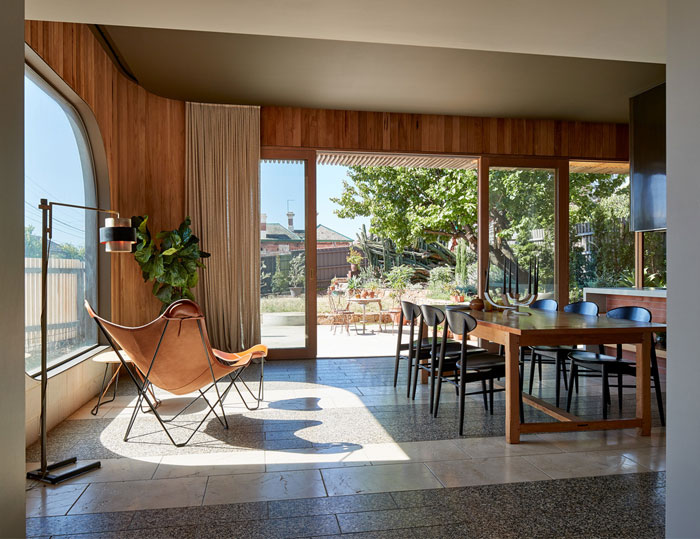 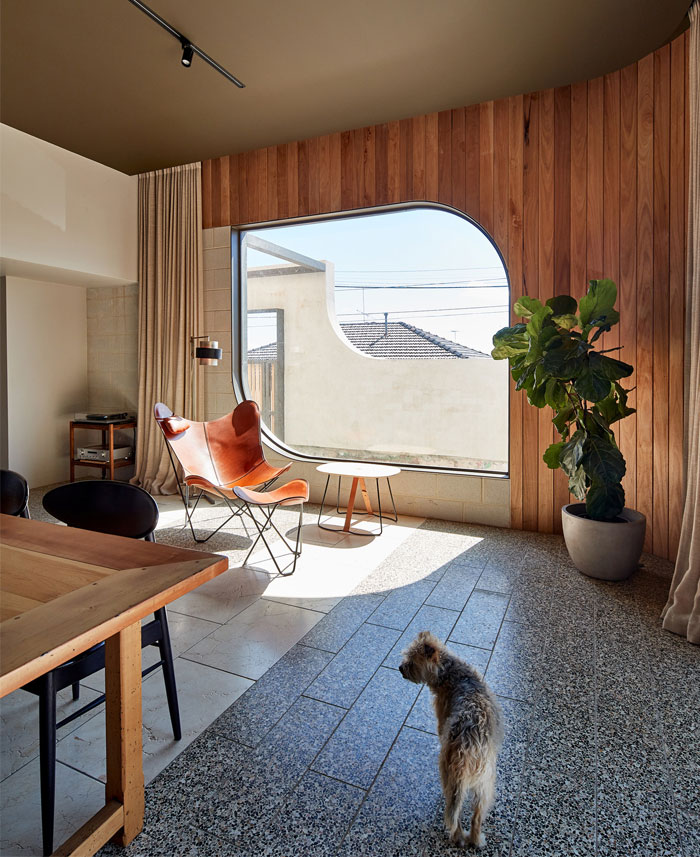 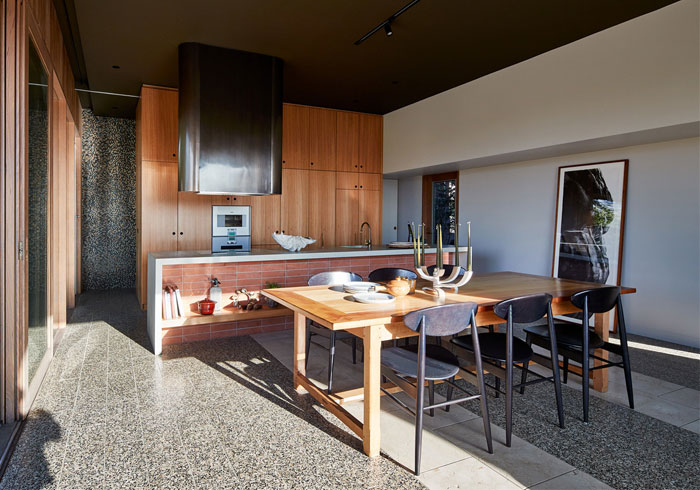 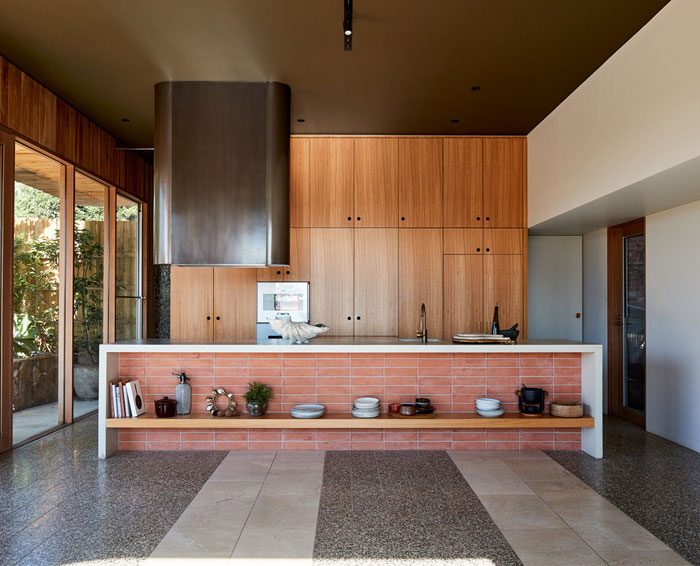 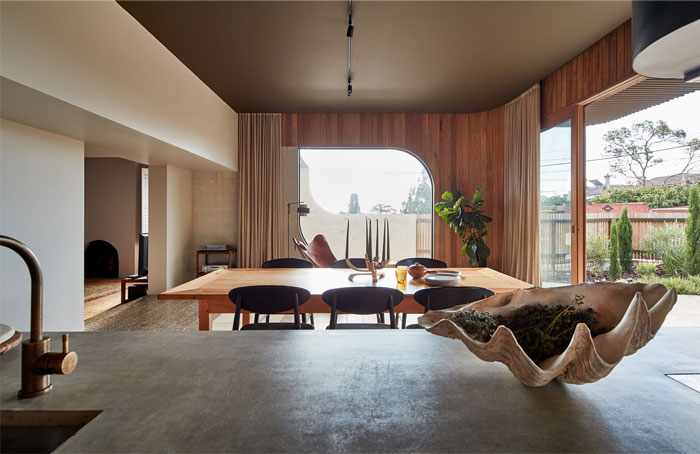 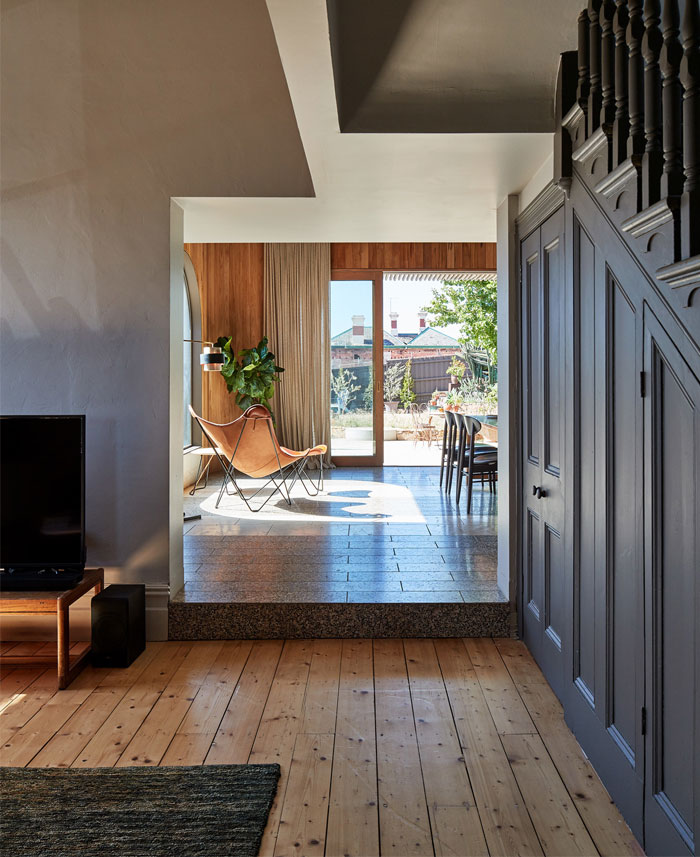 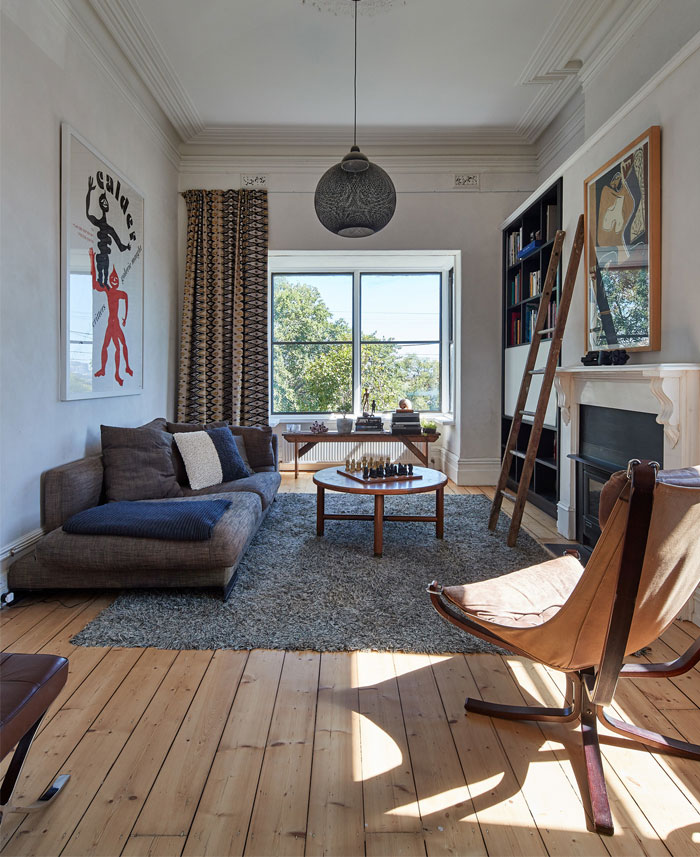 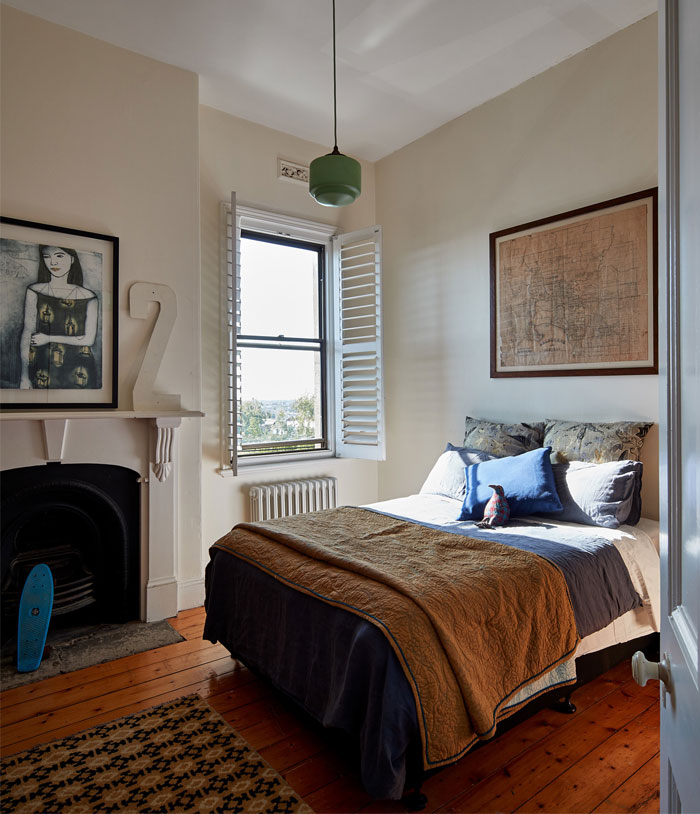