All designs in the TECTRA family are composed of “Tectonic” plates that interlock and merge as one organic form. The elements can be separated and drift apart as they would in nature, the design captures and conveys our ever shifting and mutating world and the natural beauty it manifests. 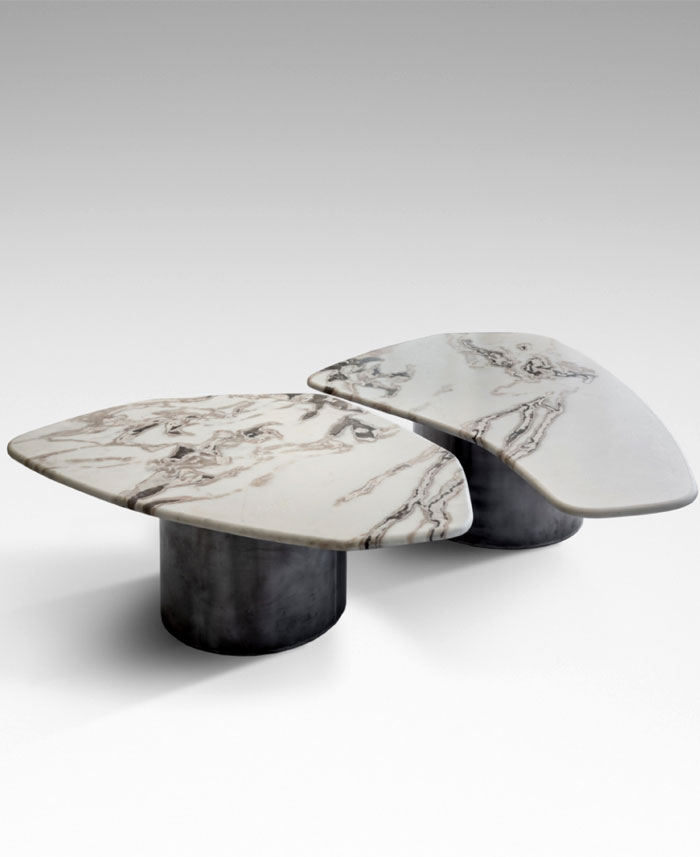 “TECTRA explores the concept that everything from materials and ideas, to anatomic elements, are in a perpetual state of flux and that change is the only constant.” 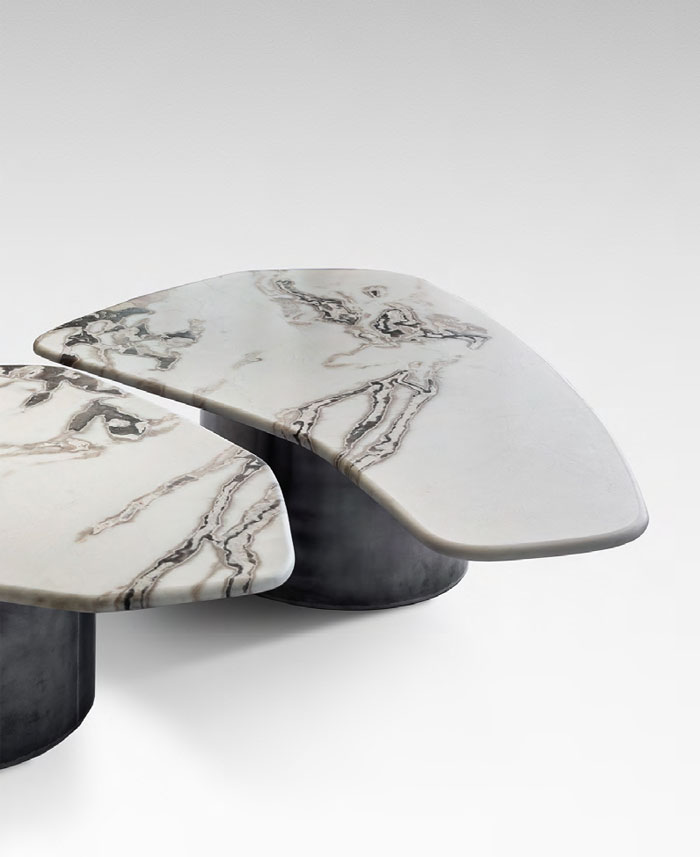 Adam Court – OKHA: What often appears as solid, immoveable and static is not; marble perfectly captures this paradox, a material that is forged under great pressure and micro-measure movement over millennia. 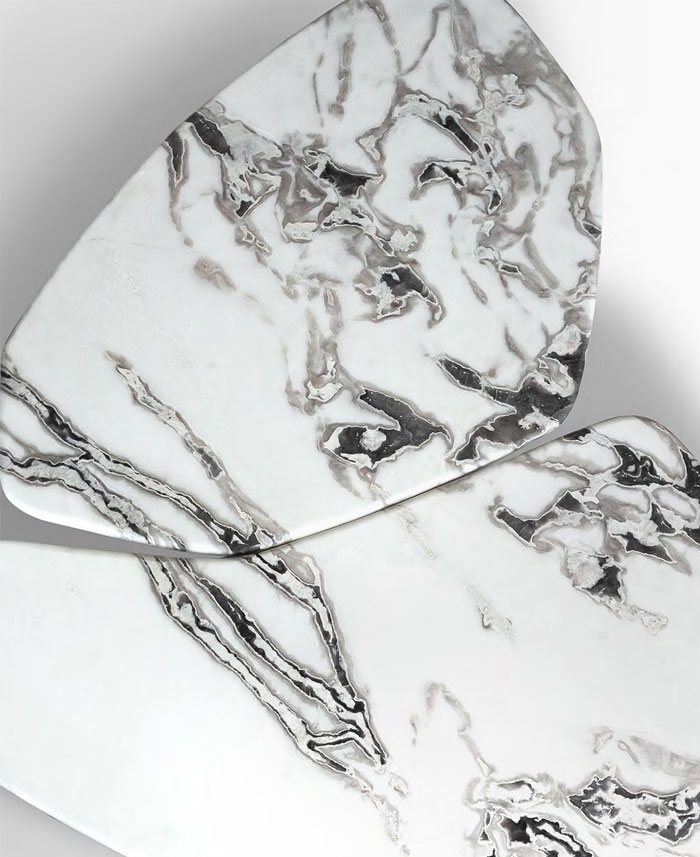 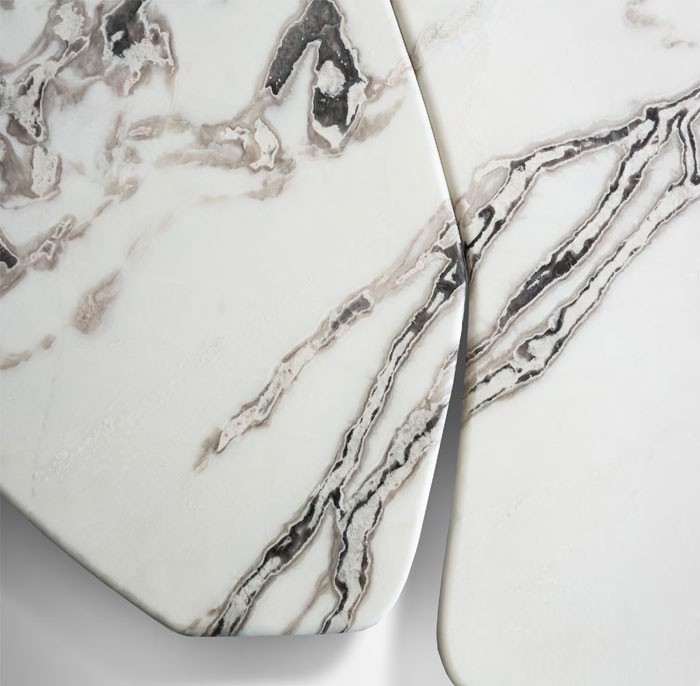 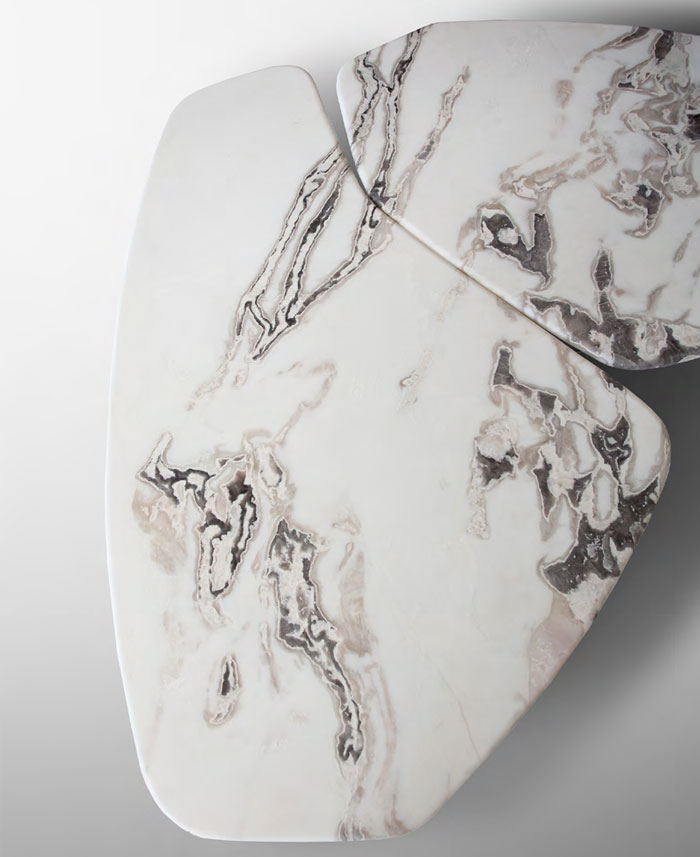