Apartment 33 is a study into the aesthetic and function of increasingly smaller domestic spaces and its relationship with individual expression and behavior. Where quality is given by the static elements that allow for a generous and undefined space in combination and opposition to moments of revelation and function given by the apartment’s dynamic components and secondary elements. 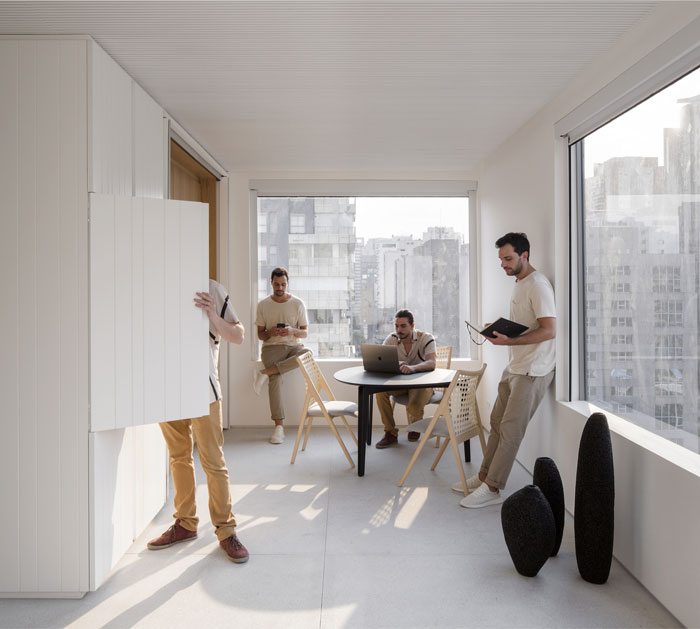 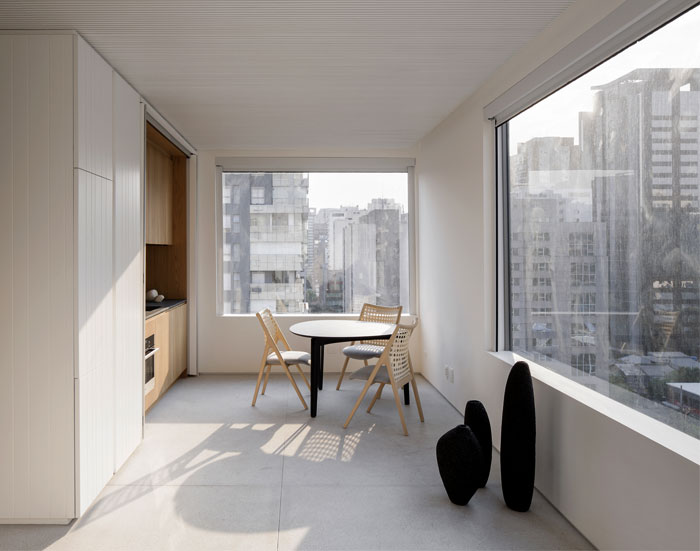 The renovated 33sqm flat in the city of São Paulo, was reorganized into a single open area with large window panes which allow for natural light to flood into the apartment and into different textures applied to the interior walls, floor and ceiling. 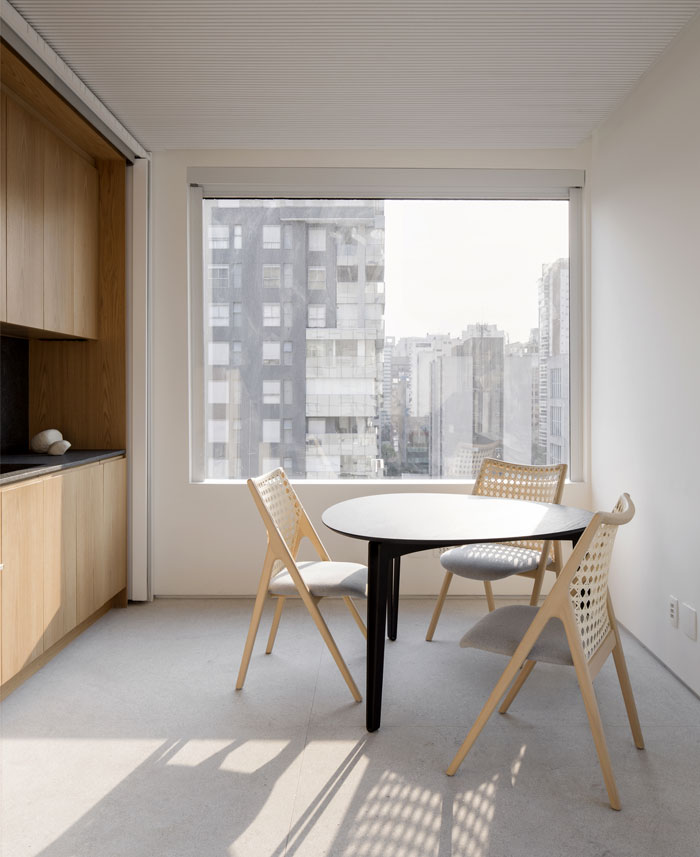 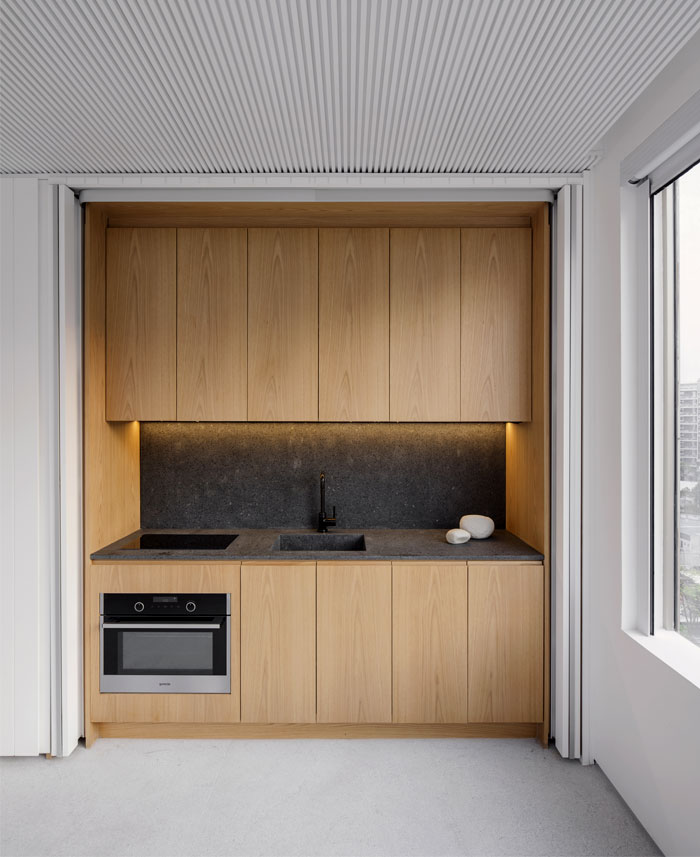 Cabinetry surrounding this larger space encloses storage, appliances and access to the bathroom and kitchen. The irregular vertical pattern applied to the white surface hides doors that open, slide and fold allowing for access to its interior, which then reveals a completely different material, texture and color palette. 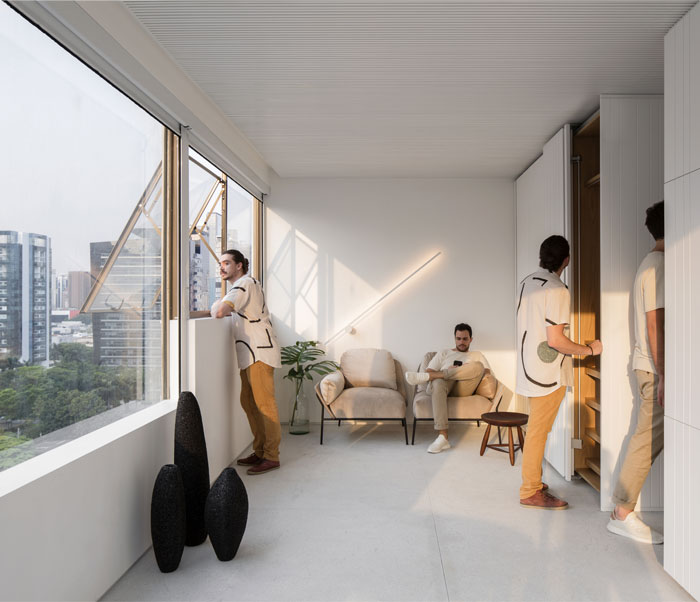 The relationship between the inner space of the cabinetry, which holds the functional and programmatic spaces of the apartment and the exterior, sober and flexible space, presents two distinct but complementary ways of utilizing and occupying the domestic space. 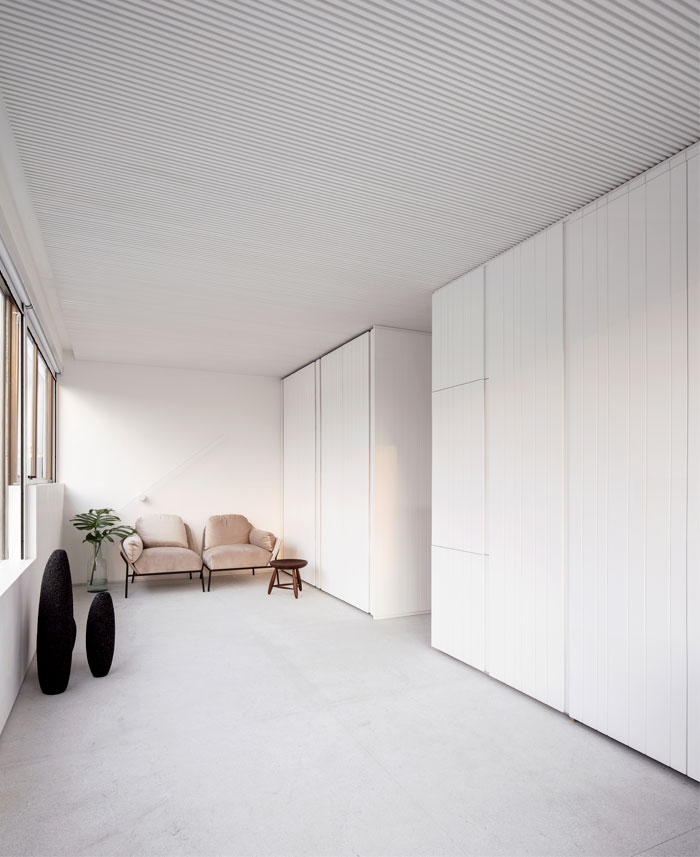 In Apartment 33, living is tied to the generosity of space instead of its reduction. An open canvas where furniture and objects allow for different configurations and individualities. 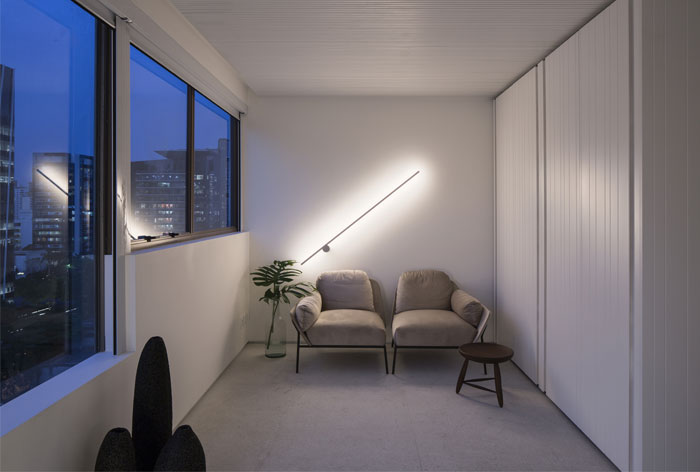 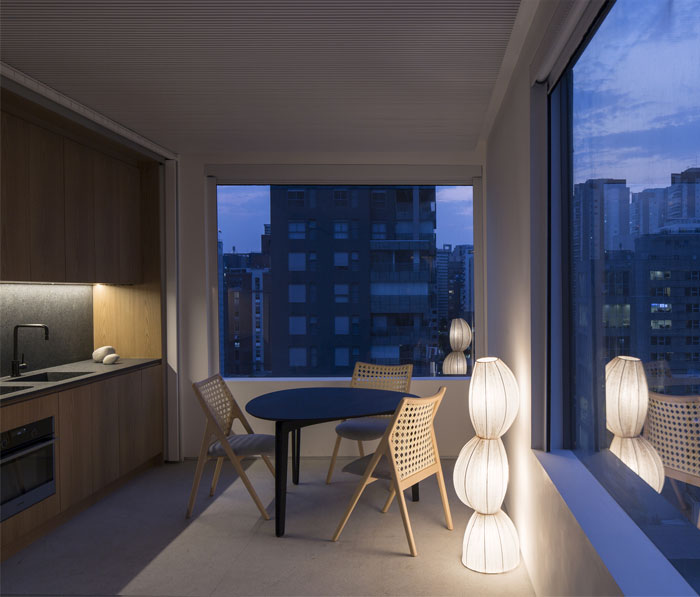 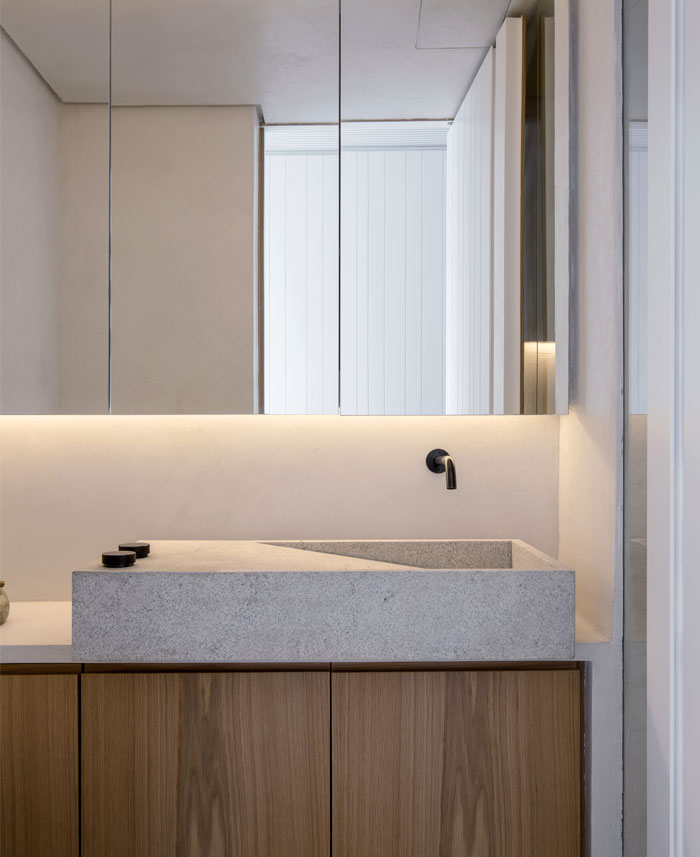 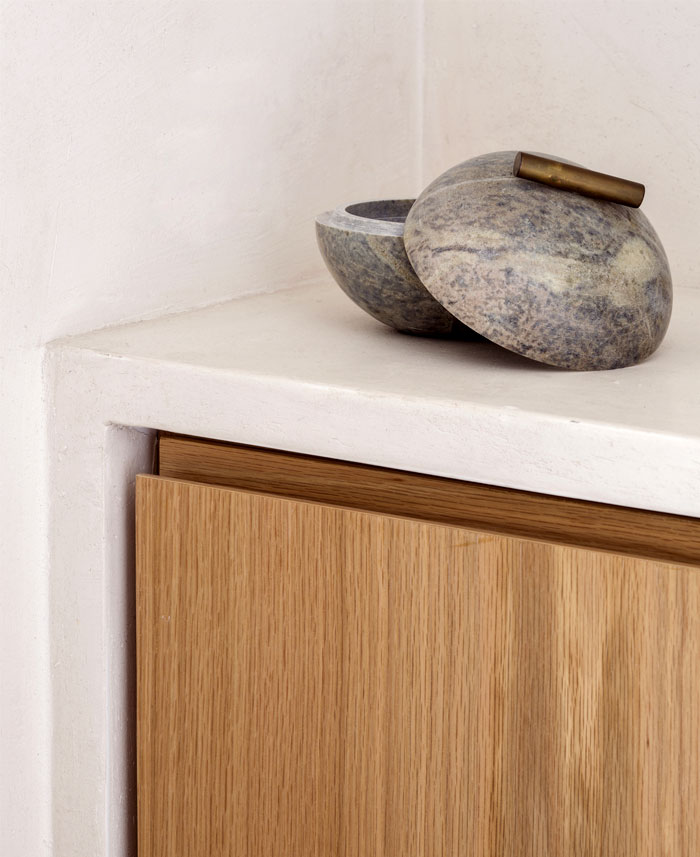