Project 13 is a renovation of a 30-year old HDB flat. The project seeks to re-examine the ‘interface’ between the flat and the public corridor, create a sense of space within a ‘Micro’ flat, and to create a dual function space – office and home. 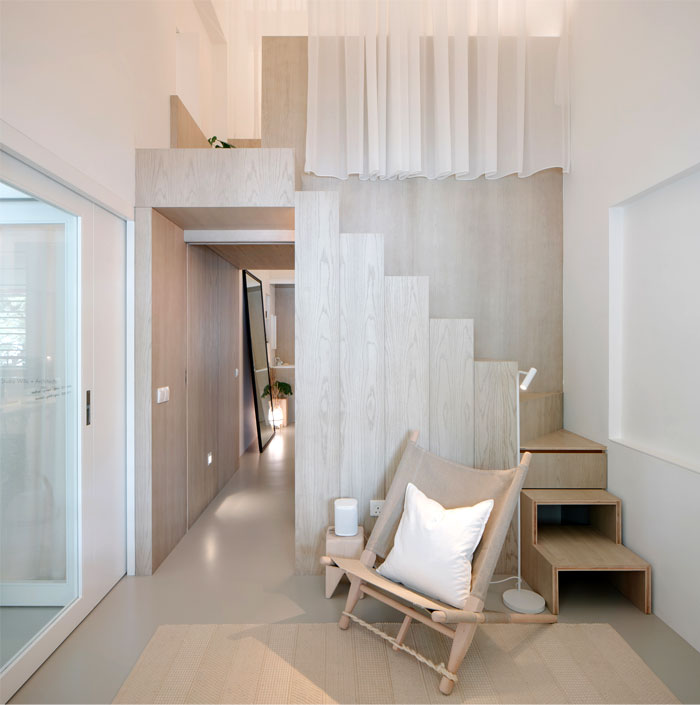 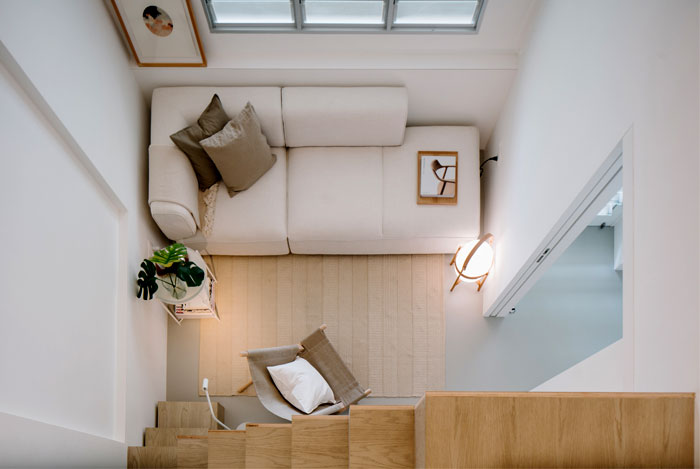 Nested in a public housing block served by common corridors, such corridors were originally envisioned as social interaction spaces. However over time many units facing these corridors were observed to have their curtains permanently drawn over its windows as a result of the changing behavioural patterns with increased need for privacy of its occupants. 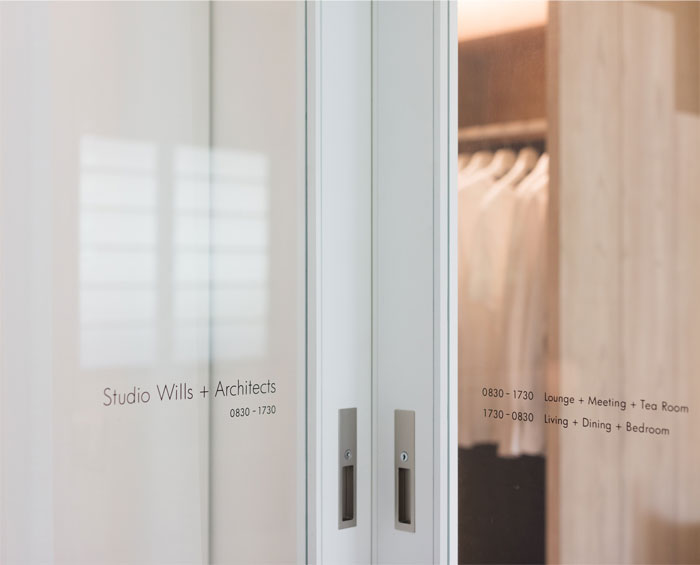 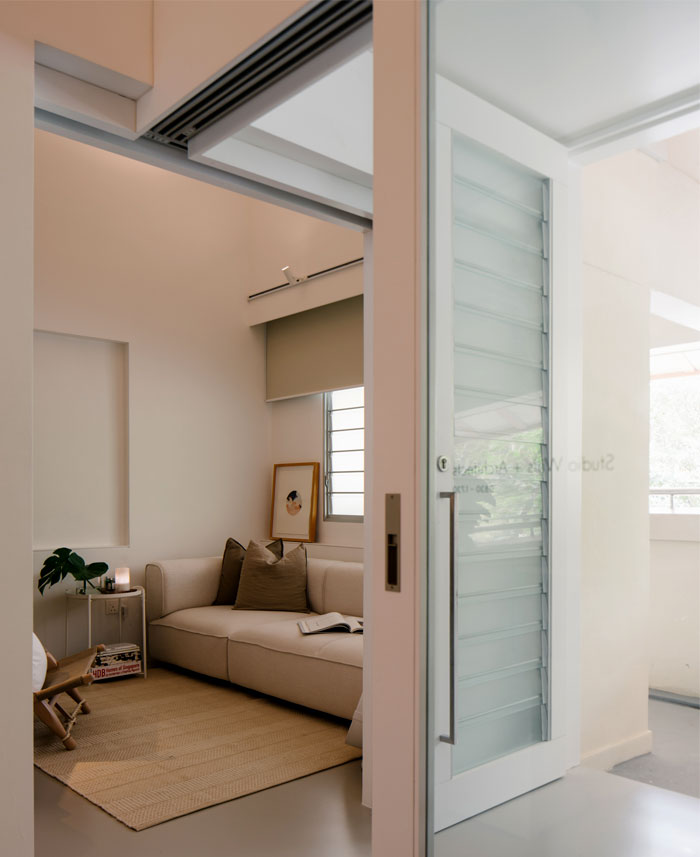 The introduction of a foyer, as the first space off the corridor, resulted in a ‘buffer zone’ between the public and private domains and 2 separate entry points enabling the spaces within to operate independently. 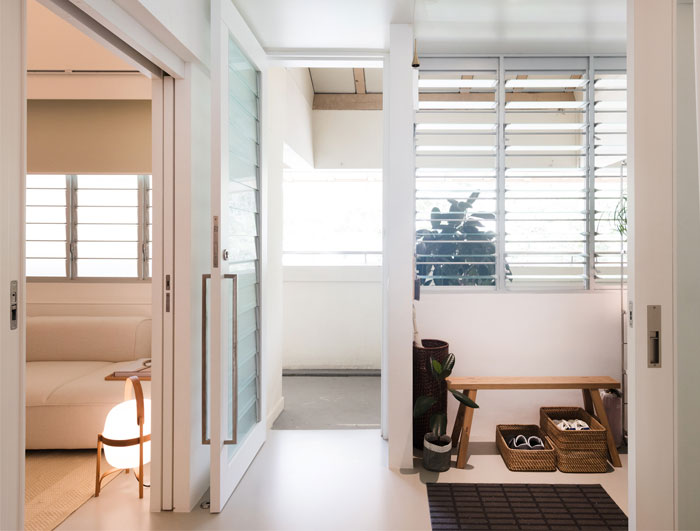 The need to accommodate the requirements of the office and home, lead to co-sharing of facilities and space saving strategies of compacting functions at strategic locations. 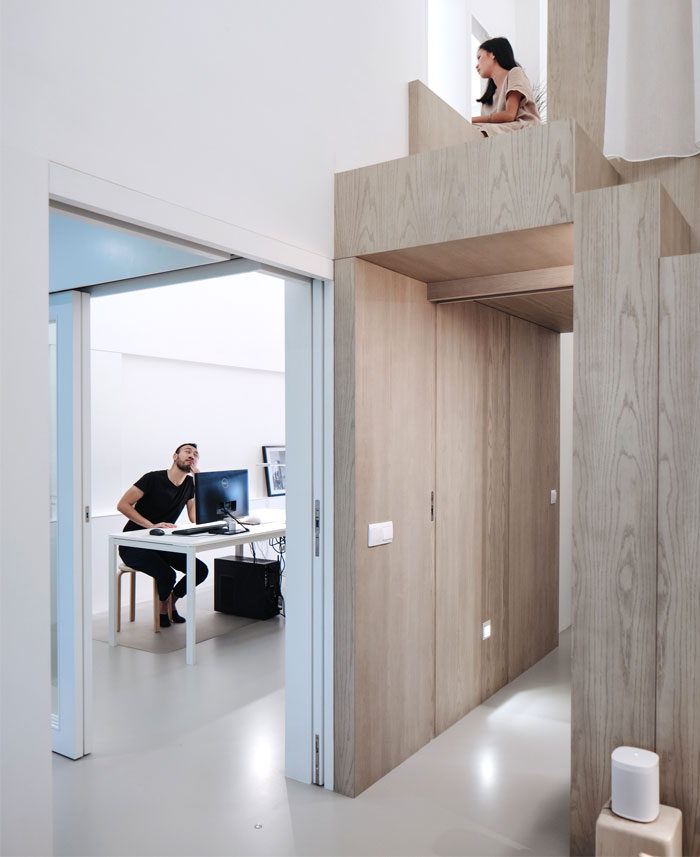 Louvered windows and epoxy flooring, commonly found in such flats, were adopted throughout the interior to assimilate the flat with its neighbours. Internal surfaces were kept white for daylight reflection with accents of timber for a warm appearance. 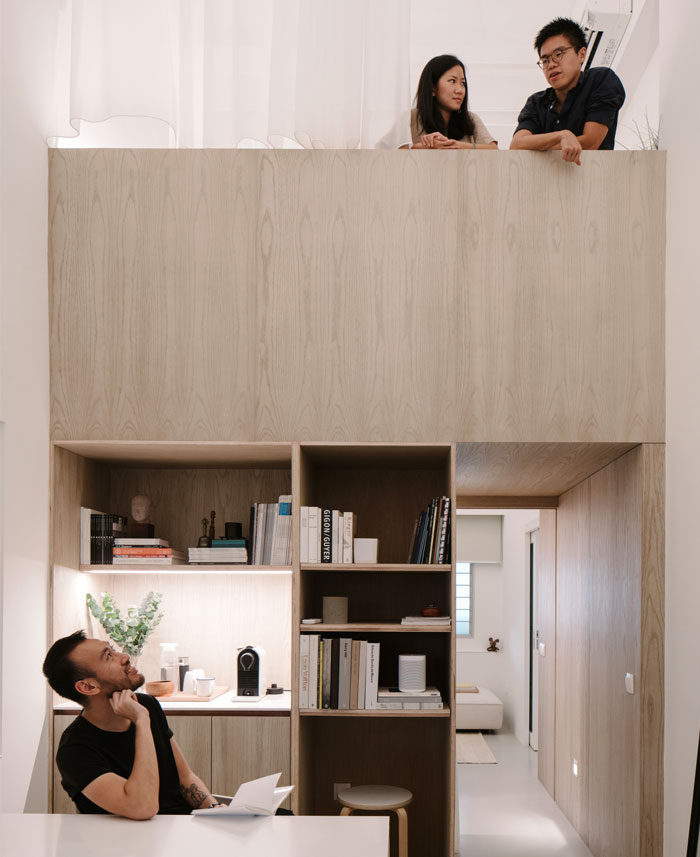 The result is a new flat that re-engages the corridor in varying degrees of openness and privacy, an interior of contrasting spaces which is open yet intimate and a framework that allows easy adaptation for a variety of uses – office and home, for one or more households within a formerly single-use residential unit. 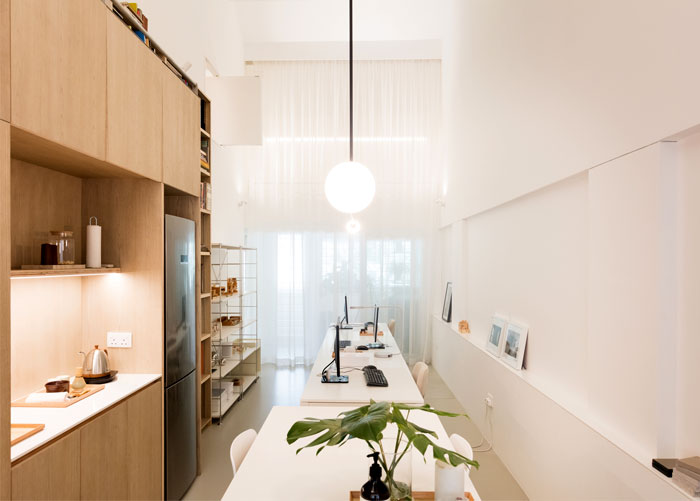 Project 13, while small in scale, hopes to serve as impetus for the re-purposing of a HDB flat where more than 80% of Singapore’s population resides, sustaining it over the course of the building’s life. 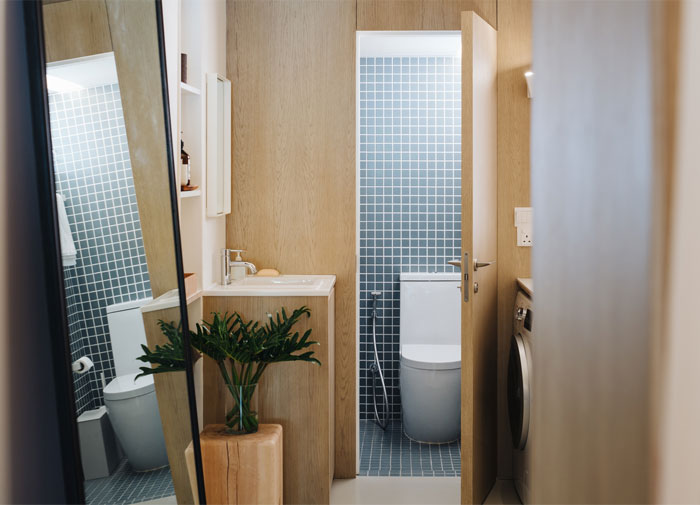 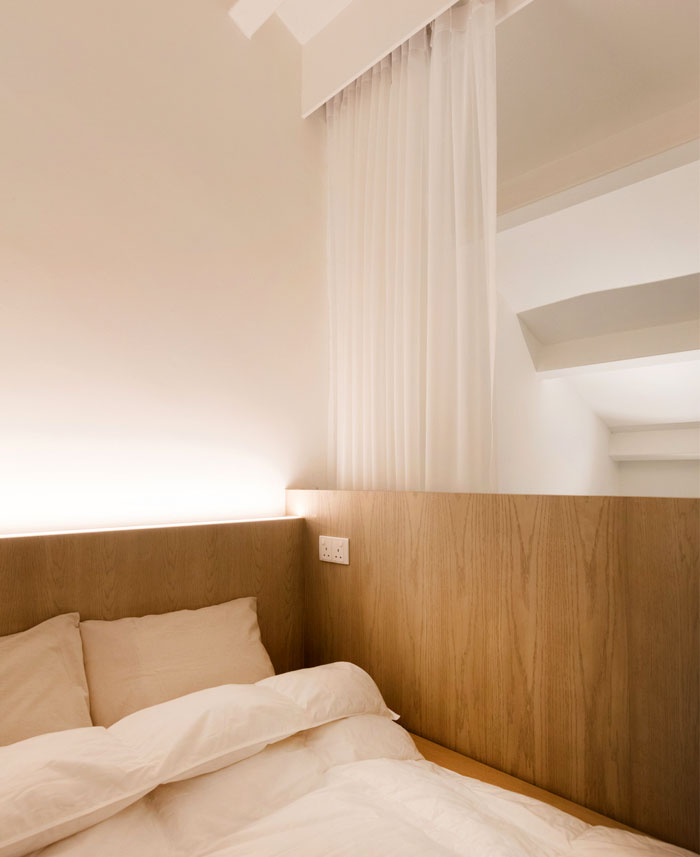