Carving into its previously commercial site and opportunistically creating additional internal volume, Clifton Hill is a bold apartment with a clear vision. Studio Goss takes cues from the building’s brutalist past to create a highly detailed and restrained apartment archetype. 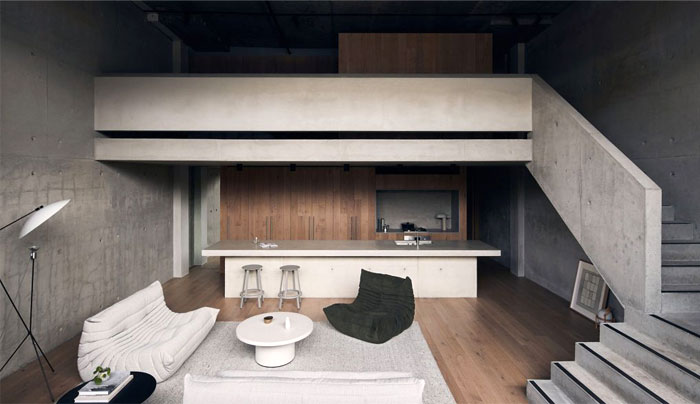 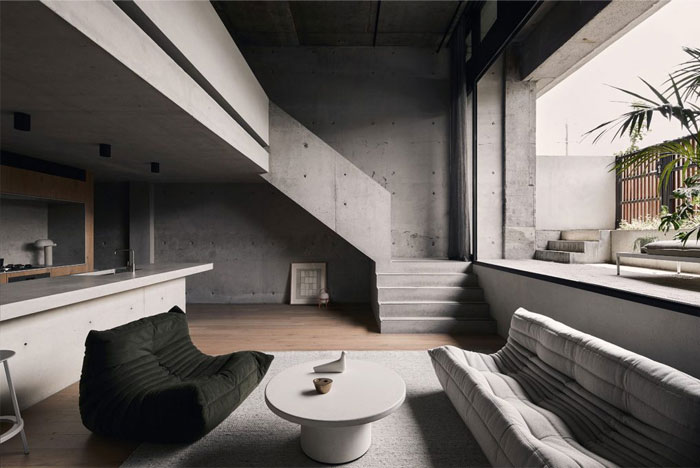 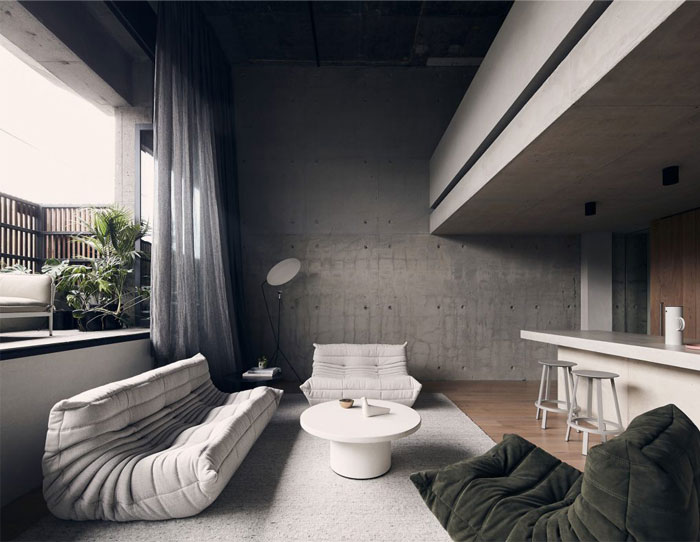 Originally a commercial building, the existing architecture within which Clifton Hill sits has been converted into a series of residential enclaves. A combination of townhouses and apartments now dot the floors, all taking on the personalities of their owners. Studio Goss and the brave client have taken a less traditional residential route and instead of adopting the expected foray of finishes, the result sees a mix between exhibition, or gallery, space and the utilitarian aesthetic of an industrial shell. Where it differs from both, however, is in the level of heightened, considered detail and ensuing refinement, which add both depth and richness throughout. 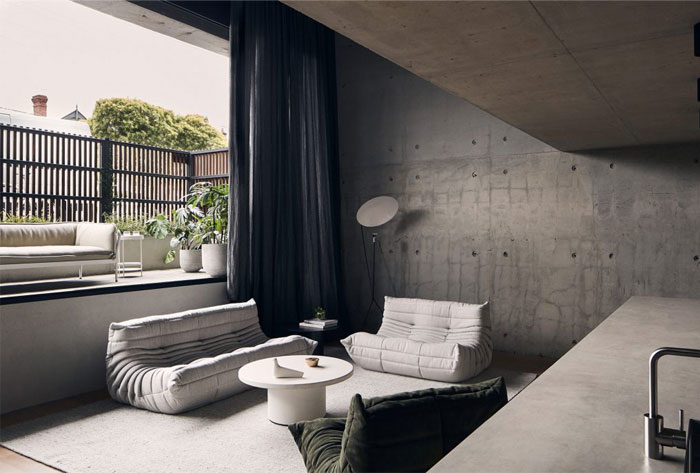 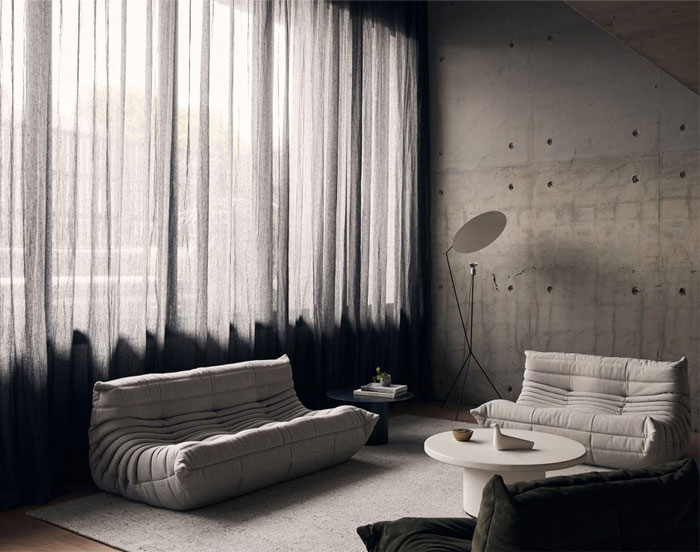 A curious interplay with natural and artificial light unfolds as each volume connects to the next, and the apartment’s unique positioning into the underside of the building sees controlled openings eagerly welcoming in natural light at every opportunity. Sunken 1500mm into the site, the main living space sits comfortably hugging the ground, with a curated view of the street with its myriad of activity and foot traffic as real-time entertainment. 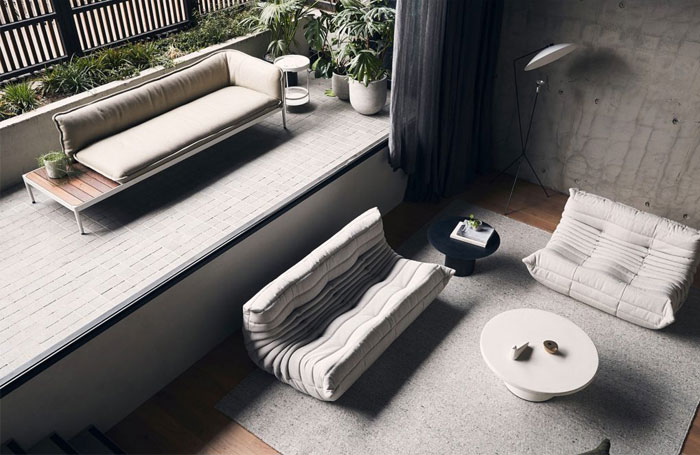 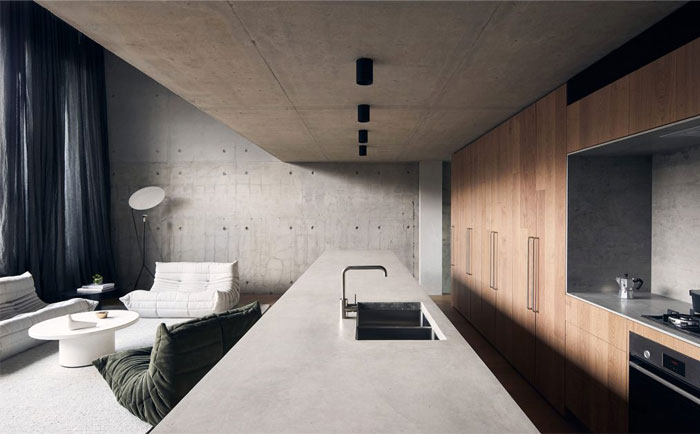 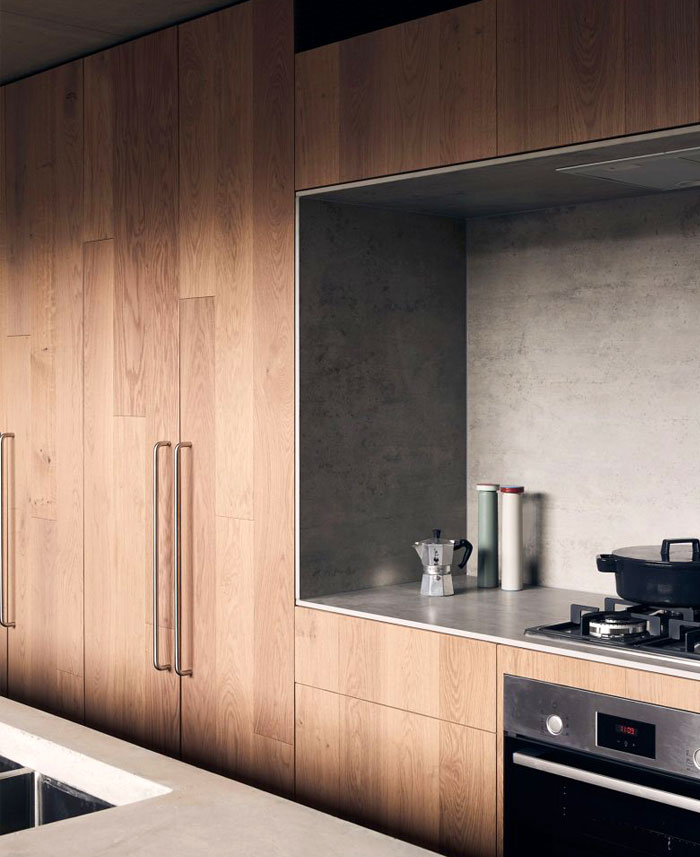 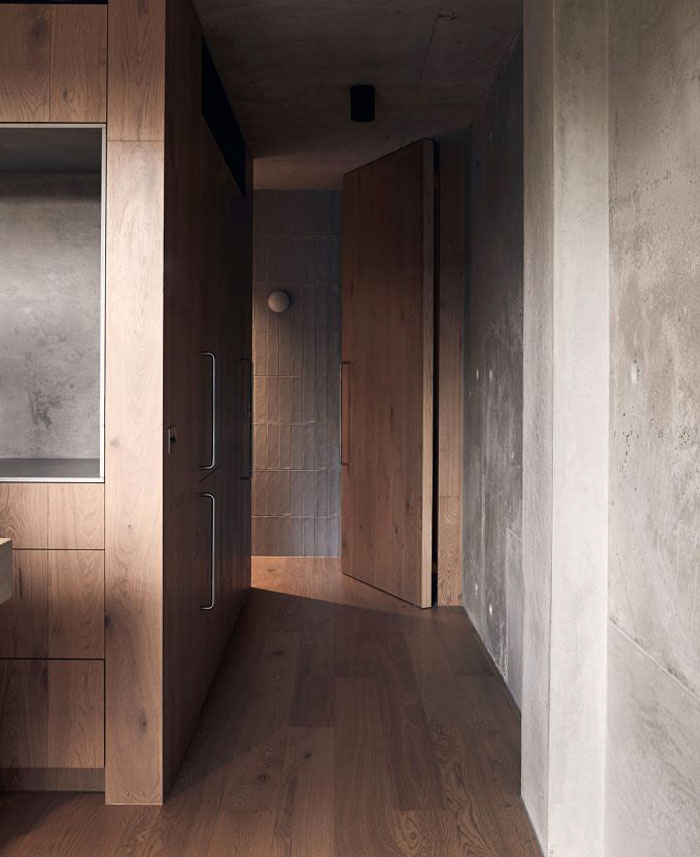 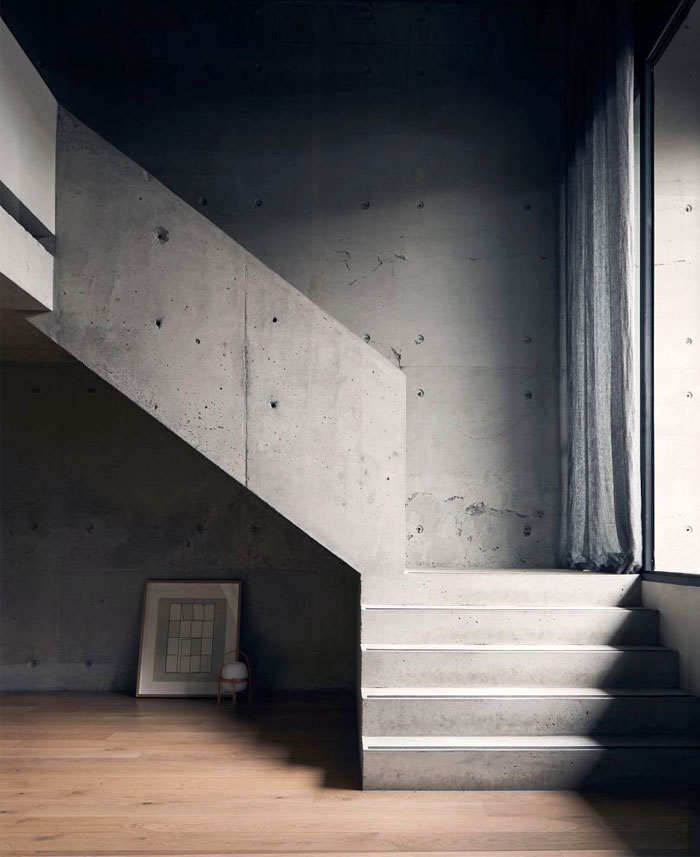 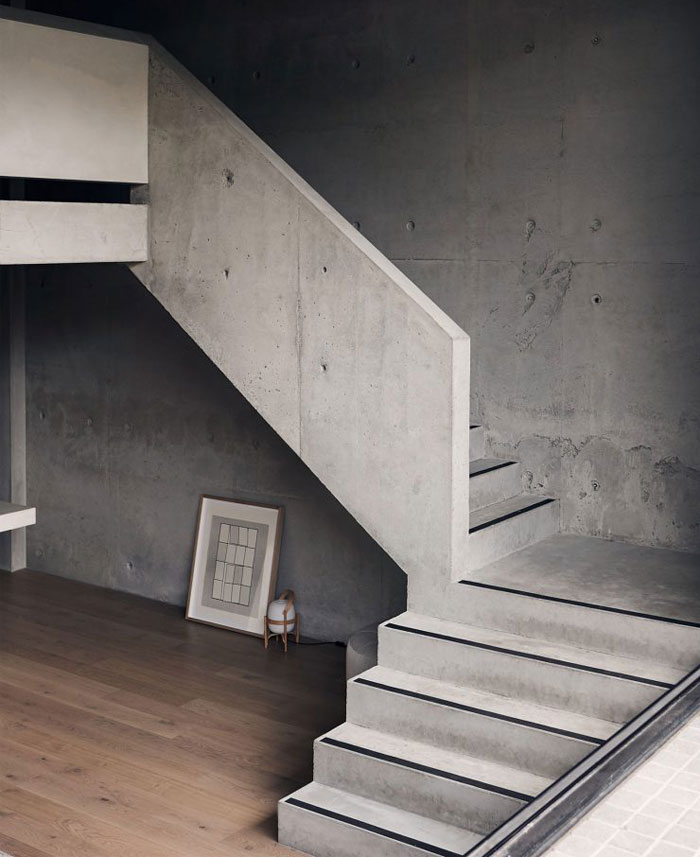 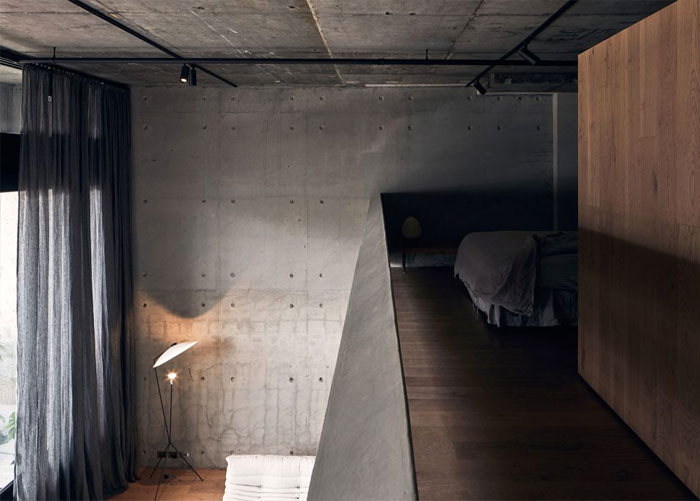 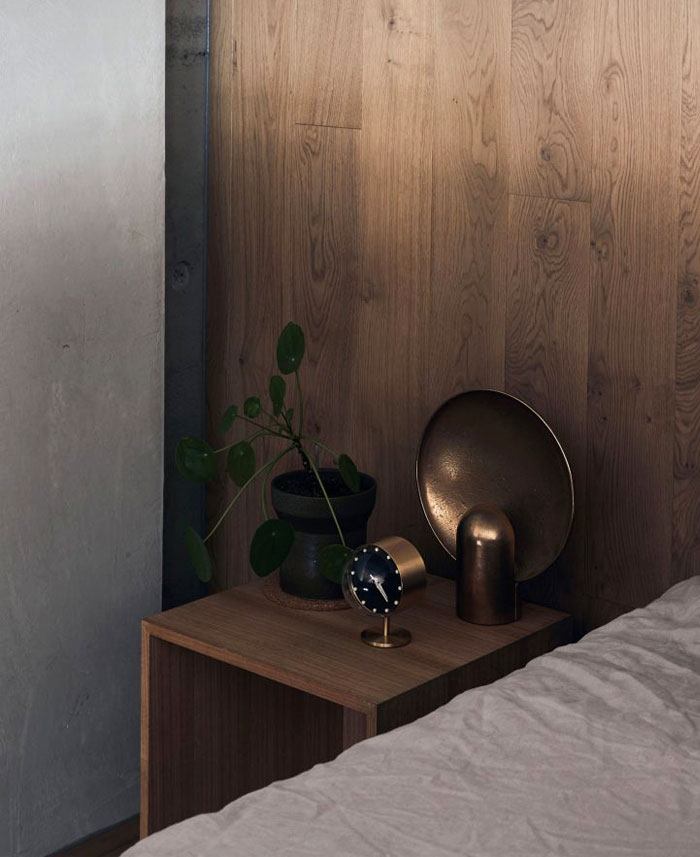 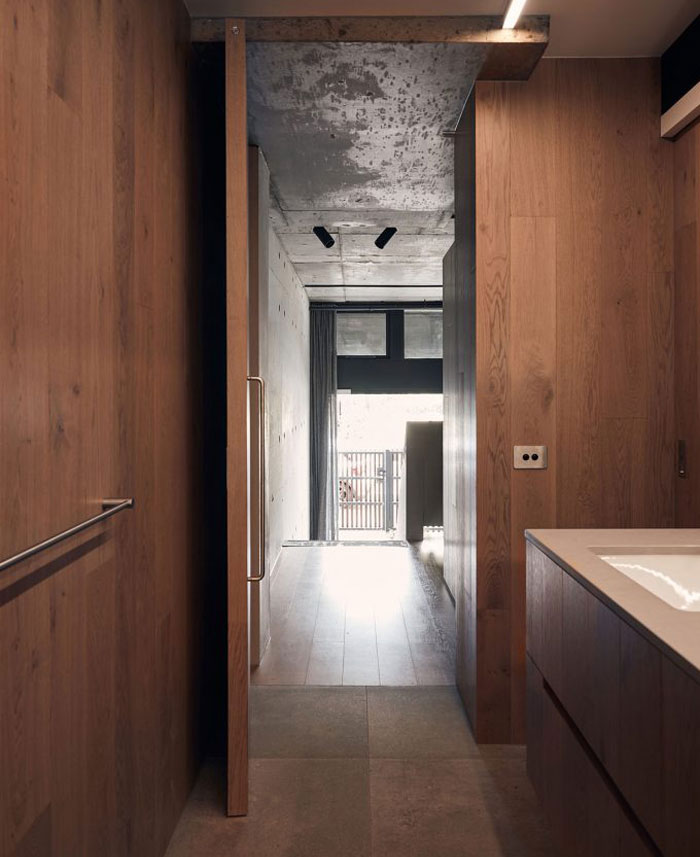