Located in Perdizes, a busy neighborhood in São Paulo, this apartment was designed to be the haven of residents in the midst of the bustle of São Paulo, Brazil. Lovers of the minimalist style, the couple of owners wanted an apartment with as much integration as possible, light colors and natural textures. 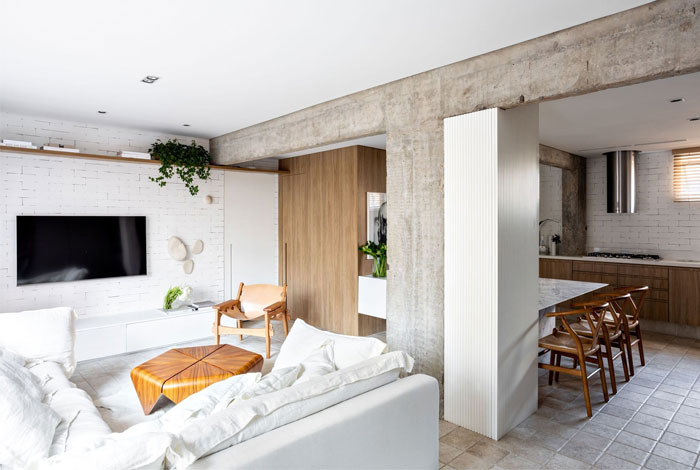 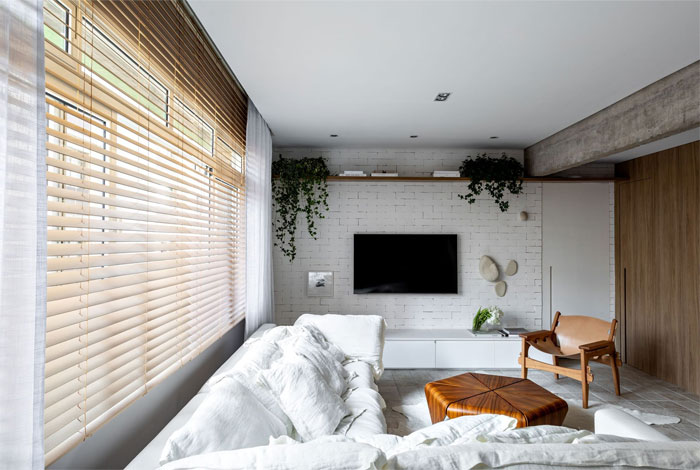 The central element and starting point of the project was a central column between the kitchen and the living room, which could not be removed. Thus, the solution found was to peel and leave the original exposed concrete structure, as well as the set of beams that design the lining of the social area. Almost all the walls were demolished and very few were rebuilt, allowing for a new distribution of the rooms. 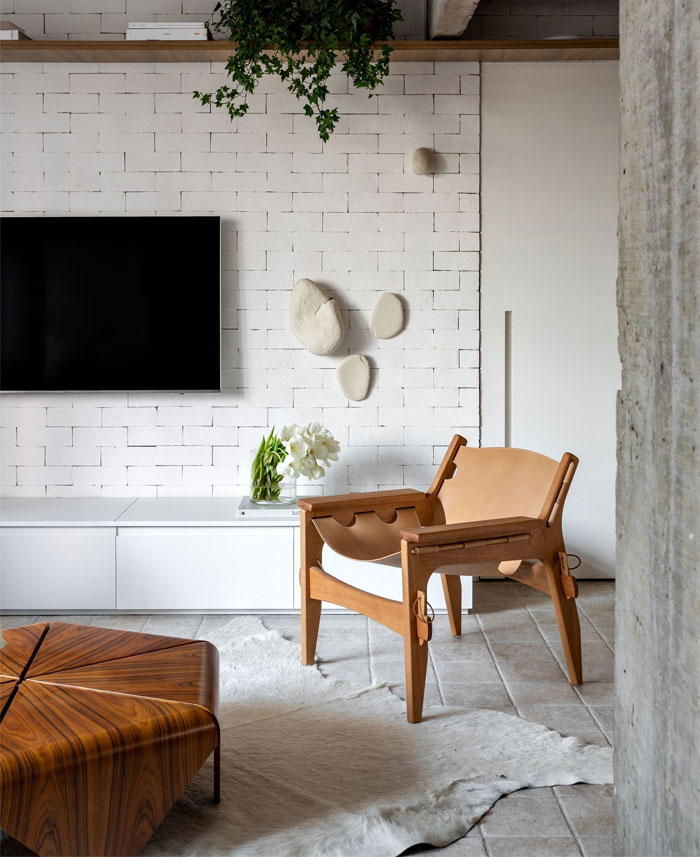 The apartment, which previously had only one bathroom, gained a master suite, an extension to the closet and a new toilet. The kitchen and the living room were fully integrated, but with solutions that are out of the ordinary. The concept of island or American cuisine gave way to the carrara marble dining table, which is born aligned with the exposed concrete column. 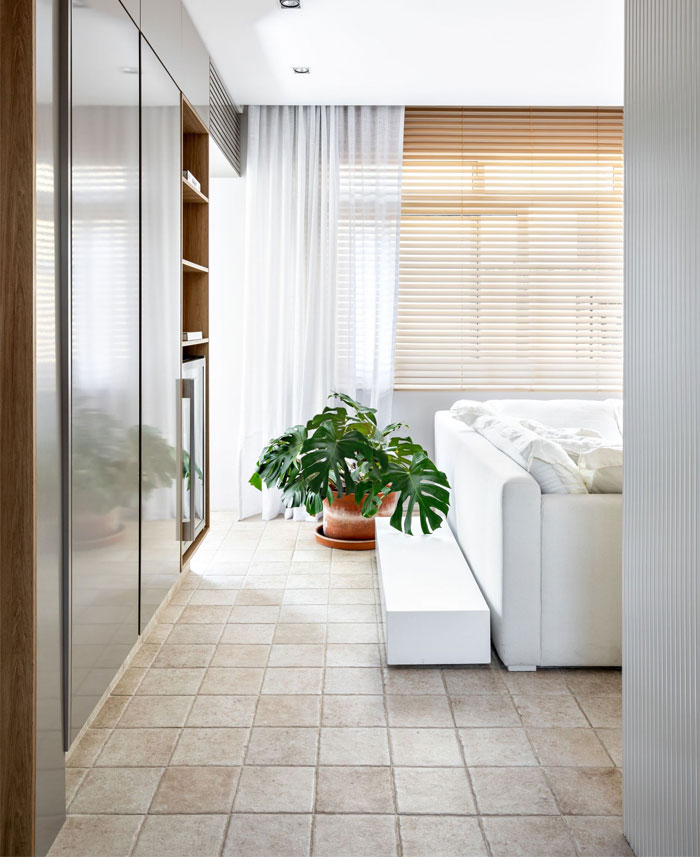 Ahead, a long bench in Ceaserstone serves as support for this entire region. The owners are from the interior of São Paulo and, therefore, wanted the new address to refer to the roots of their hometown. To bring the comfort and warmth from which they came, Nildo bet on a clear palette, wooden panels and natural textures, creating an atmosphere of comfort and refuge. Architects: Nildo José; Area: 93 m²; Year: 2018; Photographs: Fran Parente; 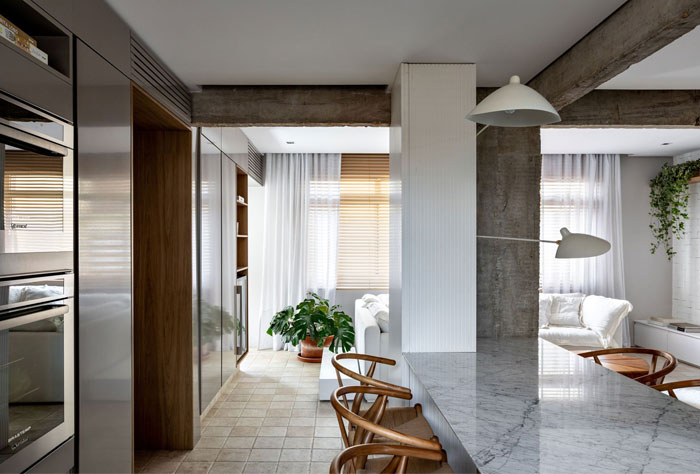 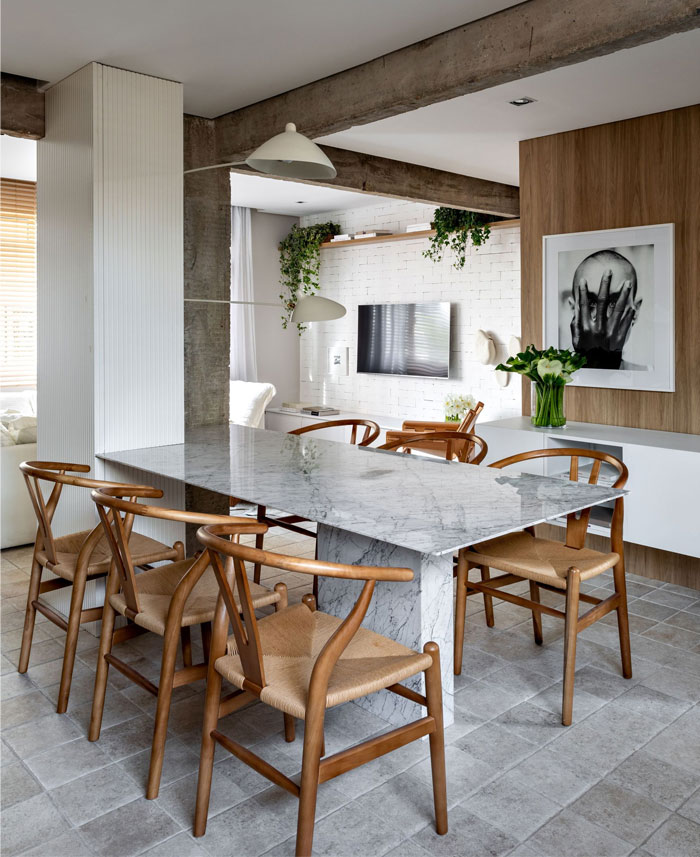 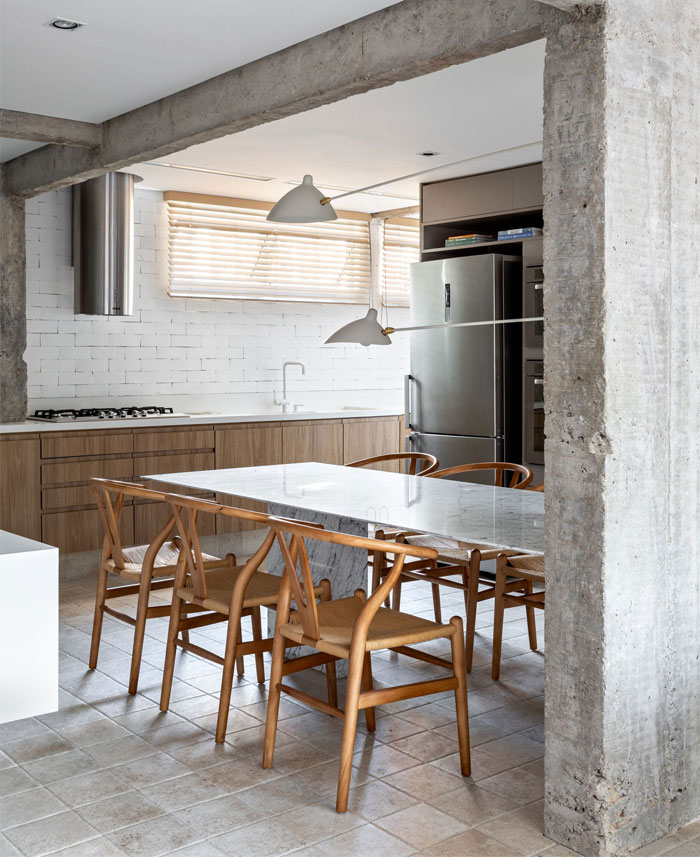 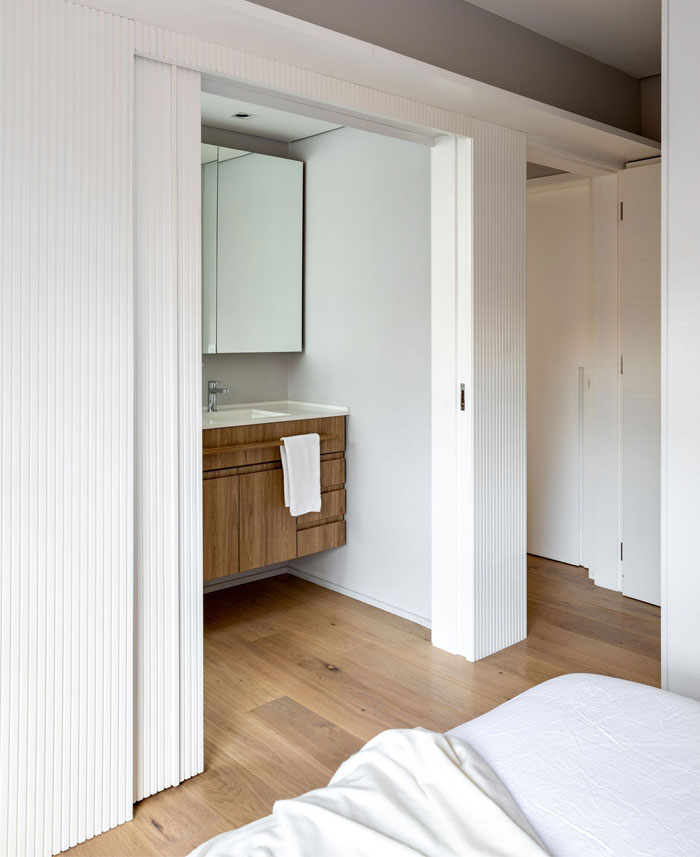