The flat is located in one of the oldest town quarters in Bratislava – “500 flats“ – this settlement emerged in the early 50s of the 20th century and it has sustained itself, without any major regeneration projects or modernisation impacts, despite the fact it is surrounded by the new financial and office district of Bratislava, Slovakia. 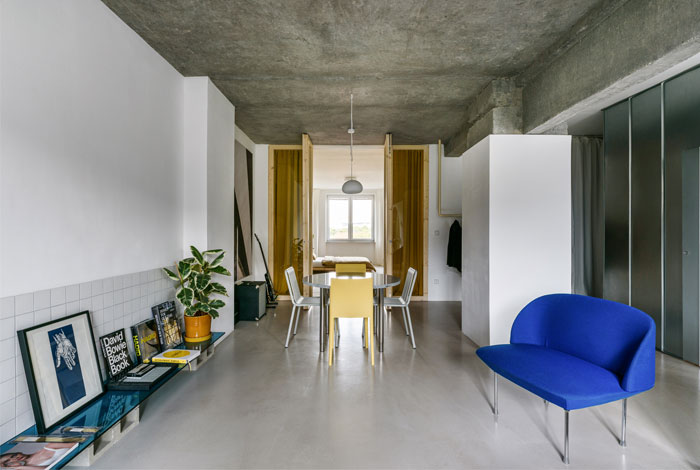 The interior is on the fifth floor, (out of six) in total in this block. Thanks to the high altitude of the flat, the east and west-facing large windows are a major attribute that creates a perfect concept for the interior. Originally a 3 bedroom flat with a small, unnecessary segregated day zone situated into the main entrance and without any direct sunlight, became a loft with spacy bedroom open-plan living room + kitchen, perfect for a couple or a small family. 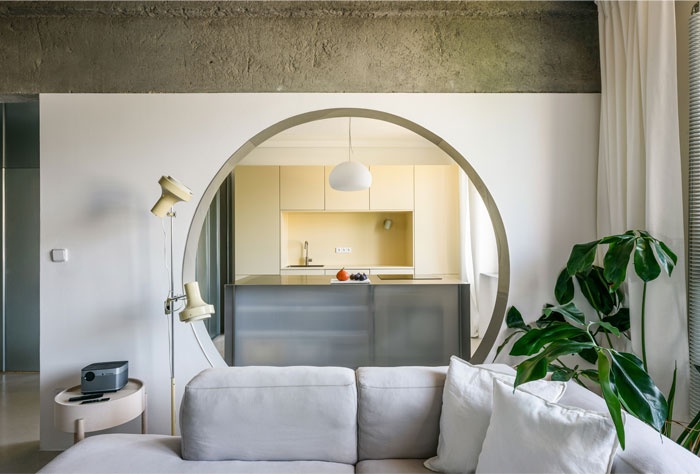 The goal of the reconstruction was to relieve unnecessary bars and open up the disposition, which resulted in a light and airy place, stripped to its core components. Original materials were exposed and only the carrier walls preserved which opened up the flat from the west side all the way to the east. Space is exposed, to a level that, each room is not defined by walls, but the space itself and materials within the flat. In the centre of the flat, there is a carrier column, connected by a concrete beam with a round aperture, creating a powerful architectural element in the middle of the disposition. 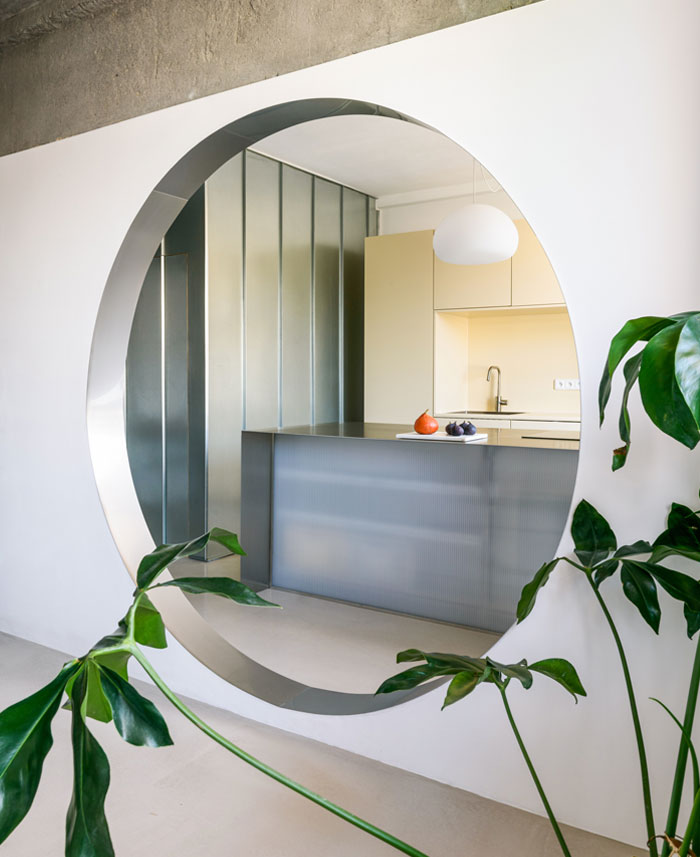 The only dividing element in the flat is a wooden and glass construction, which is replacing the original brick wall with a single-winged door. The desired intimacy of the room is accommodated by the clever construction, where the bedroom can be isolated by closing the wooden partition and pulling the curtains. Daytime mode allows the bedroom to open up, which adds a feeling of a bigger space. 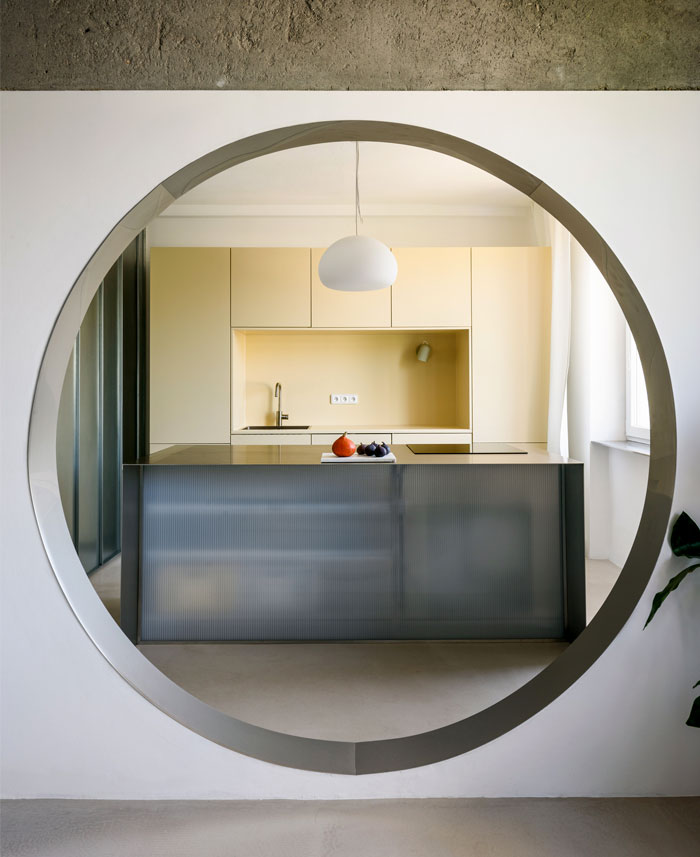 When choosing the materials, the metal took priority. Stainless steel, being a major component in the unit, has been used for windowsills, the kitchen’s bar, and the rim of the circle entrance. Hygiene rooms were preserved within their original place and are paneled around by galvanised sheet metal. Thanks to the lining, the doors to the toilet and the bathroom are hidden completely. This has created a feeling of a single unit, which acts like an artificial unit embedded into space around. Another aim of the place proposal was to use recycled surplus materials, from other projects and would be thrown out otherwise. 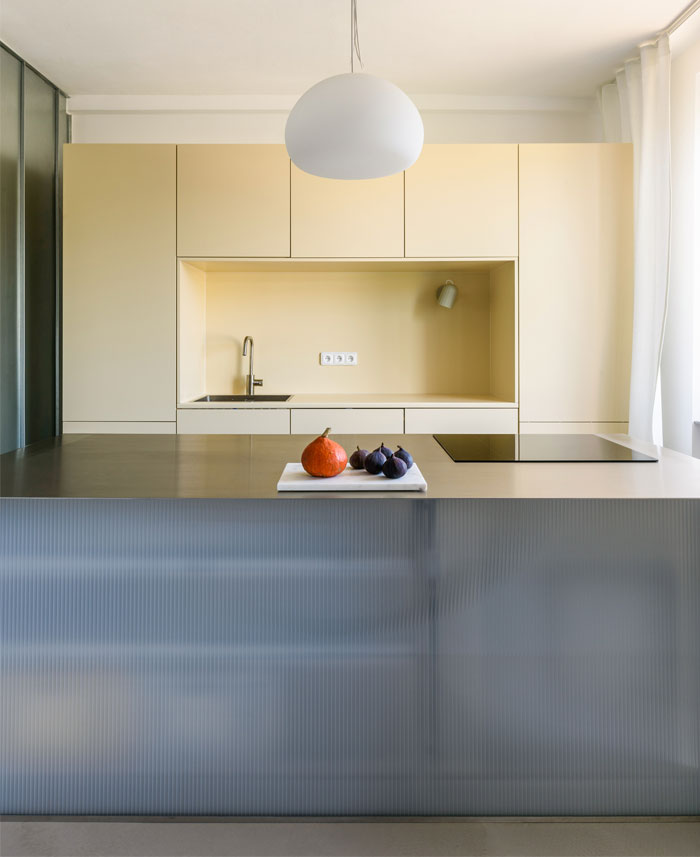 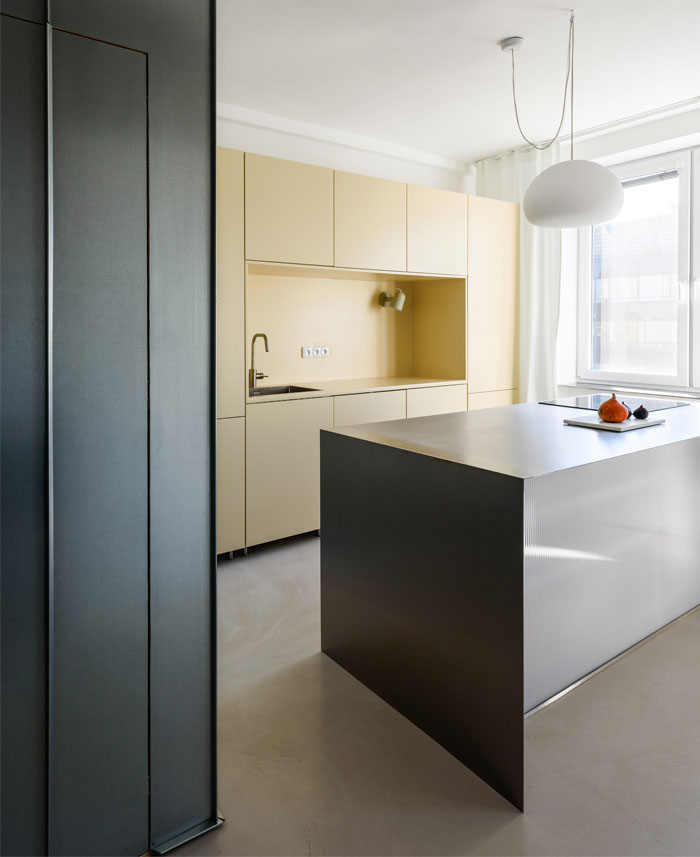 Materials were gathered from various waste collection places; then treated, and newly purposed in the interior. This is most prominent in the living room, which is lined with ceramic tiles. This adds structure with a more than a six-meter long bar. Underneath is a shelf made of waste concrete blocks and blue glass. There is no built-in furniture in the flat, to further enhance the feeling of the space. An open wardrobe is placed at the entrance of the bedroom, forming the forecourt. 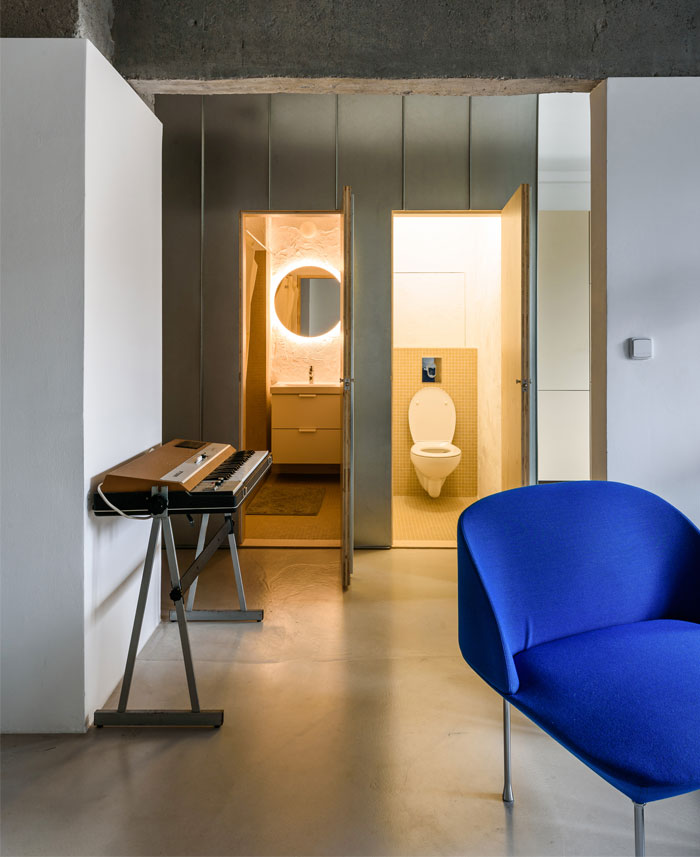 The interior is made from a variety of small details, which are joining into the feeling of the unit. Combination with the west facing sunset light and the structured sheet metal or the iconic circular view is creating a very attractive everyday visual effect. 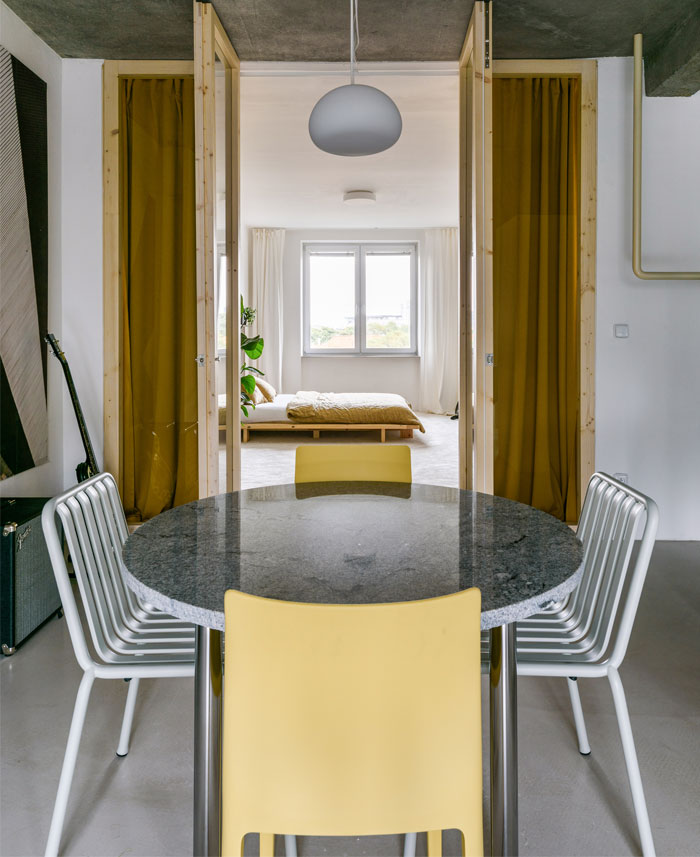 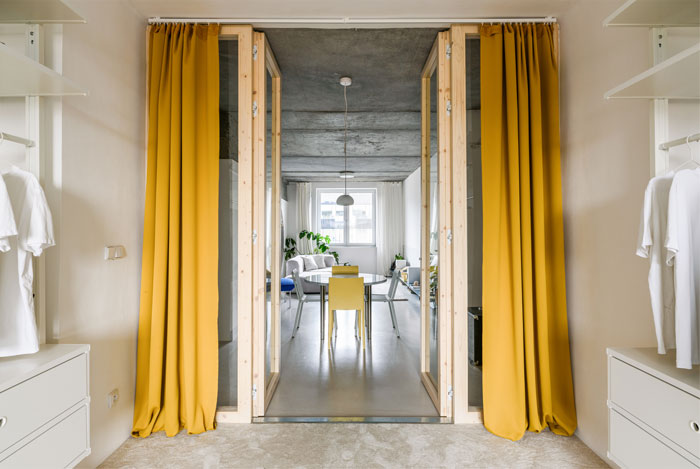 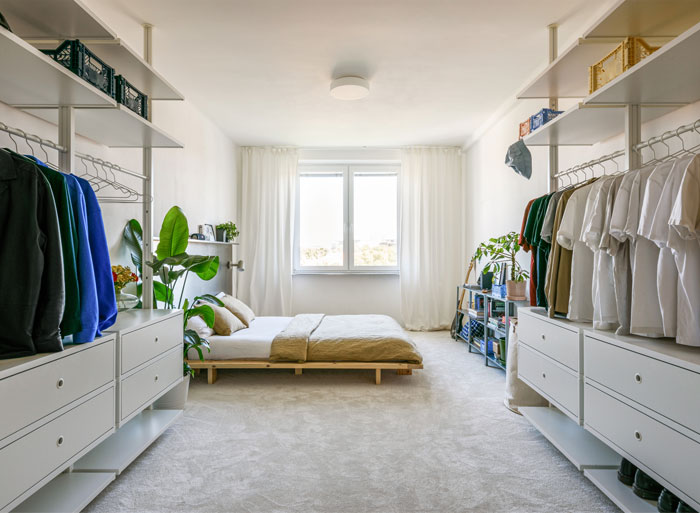 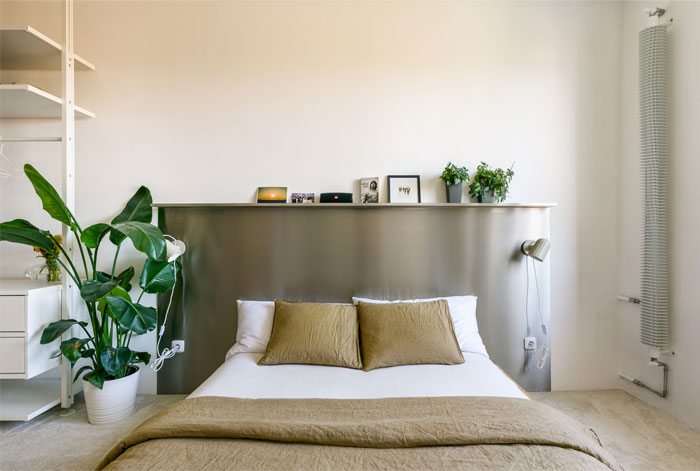