Located in Melbourne’s north, Kepler sits on Woi Wurrung country in Brunswick East. As an eclectic multi-cultural locale, it is a richly diverse neighbourhood blessed with a thriving arts and hospitality scene. Nestled within this milieu, Kepler is a family home that sits on its small site, providing a lively backdrop to the lives of its occupants. Employing materials such as cream brick and terrazzo that reflect the architectural vernacular of the area, the project gestures to its context while infusing a sense of contemporary eclecticism and charm into the interiors. 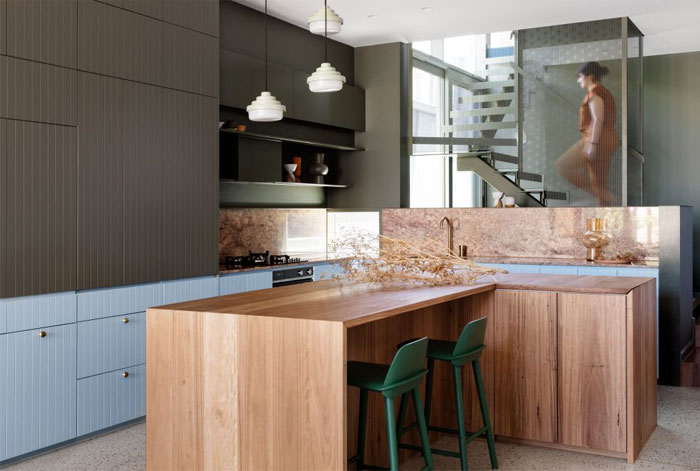 The unexpected pairings within the palette see subtle blues combine with greens and apricots – a combination that draws reference from the eucalypts in the garden. While the cream bricks, which are continued between the exterior and the internal spaces, provide a natural backdrop, crisp white walls and sharp lines create a clean and contemporary aesthetic. 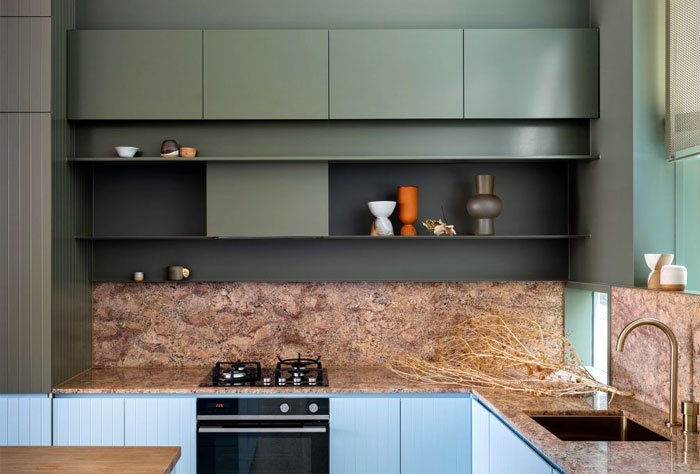 Just as the brick provides a subtle textural element, a perforated steel stair incorporates texture and a robust materiality while also injecting colour into the children’s play area that sits beneath. This tonal play between the stair, joinery and textiles even continues to the wall and window frame, creating an effect whose intensity is becalmed by the soothing tones of the green and blue that seem to draw the tones of the foliage outside the window inside. 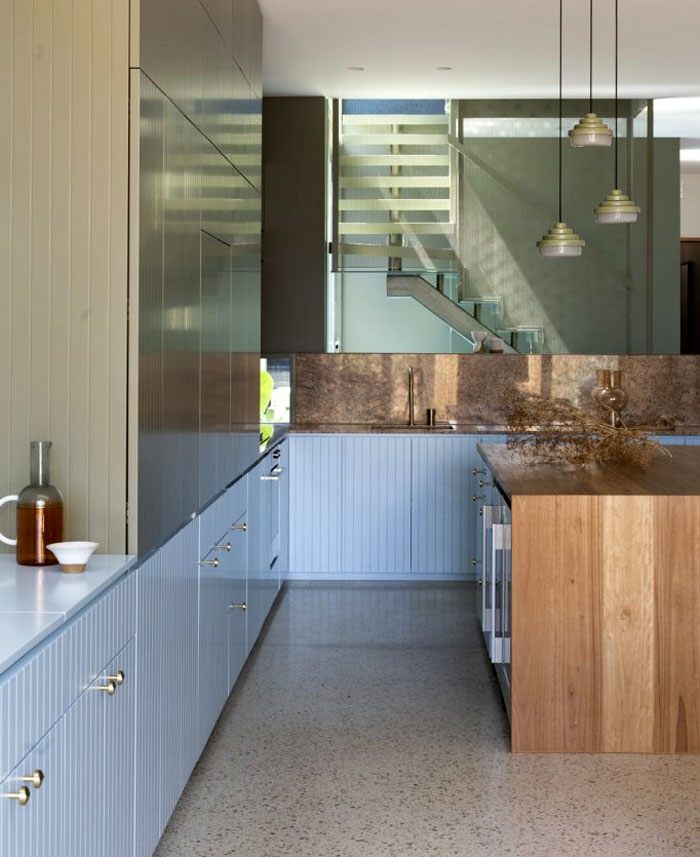 These muted greens carry through into the kitchen, which is then colour blocked in contrasting surfaces, materials and textures. The kitchen is the heart of the home; the focal point from which the family’s home life extends. “Central to the design of the kitchen was to make it feel spacious, generous and bright – not necessarily an easy task when working with a tight four-metre wide site, attached on both sides,” explains Monique Woodward, WOWOWA director. 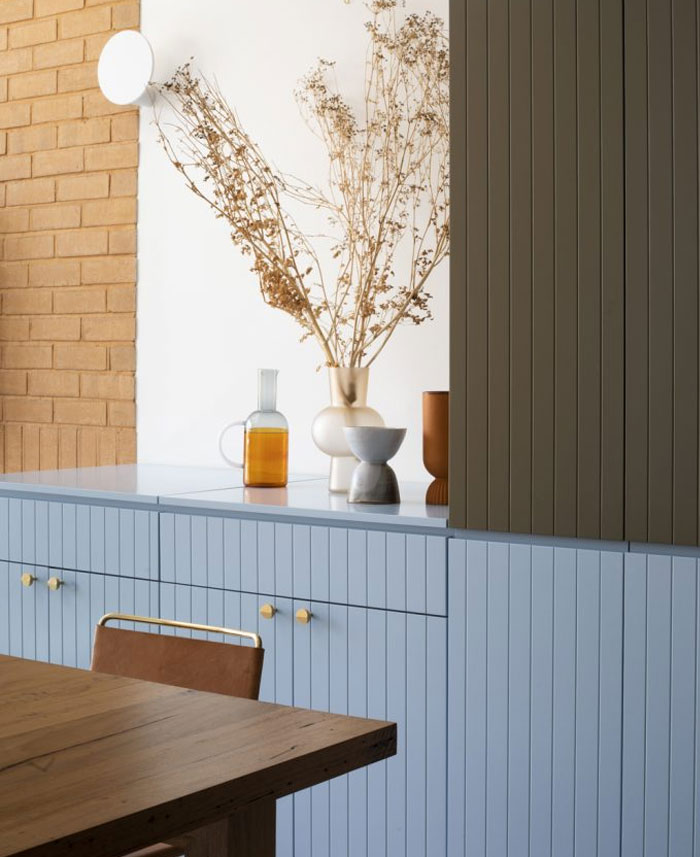 With the central stair and lightwell acting to draw light into the middle of the house and into the kitchen, the need to ensure access to natural light drove the layout of the kitchen with access to light, views and vantage points considered from both the sink area as well as the cooking area. The connection between the children’s play area and the kitchen was also important. 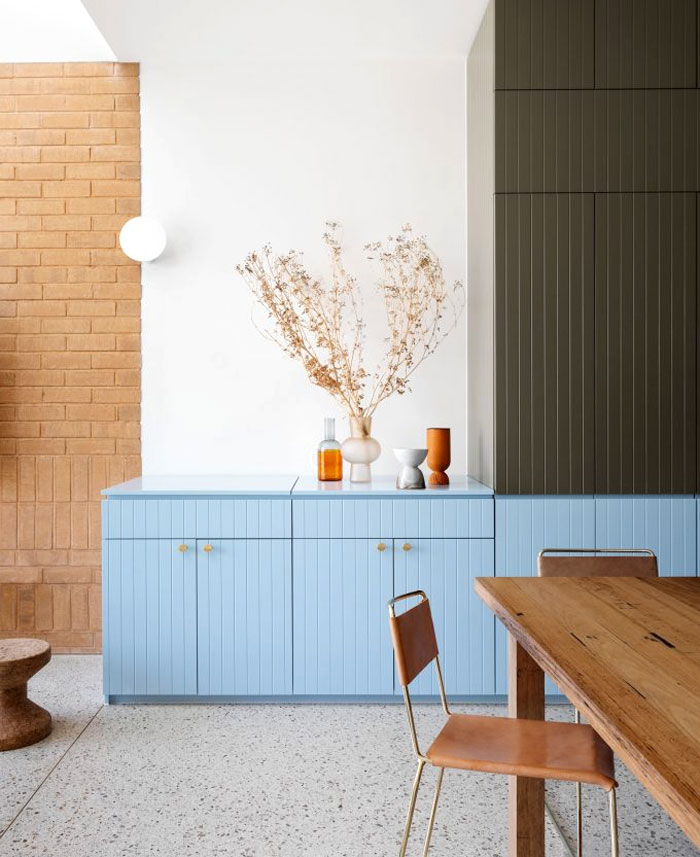 Working with the home’s modest footprint, a key design move was to create a visual break using the two-tone joinery to exaggerate the high ceilings and create a sense of dynamism that holds the kitchen in the centre of the house. With the light blue to the lower cabinets exaggerating the sunken nature of the main space while being light and refreshing, the tall green cabinets over benchtop height and the vertical groove helps draw the eye up and emphasise the ceiling height, making the narrow space feel voluminous and generous.

“Also key was the central island ‘nugget’ – made in timber, and feeling like an inserted piece of multi-functional furniture that becomes the physical and metaphorical heart of the house,” Monique says. With storage on the kitchen sides, enough space to house two wine fridges tucked beneath, facing the concealed bar and record player opposite, and breakfast bar seating, this island creates a hub from which all activity emanates. Photos: Martina Gemmola; Styling: Ruth Welsby; Architecture: WOWOWA; Words: Rose Onans; 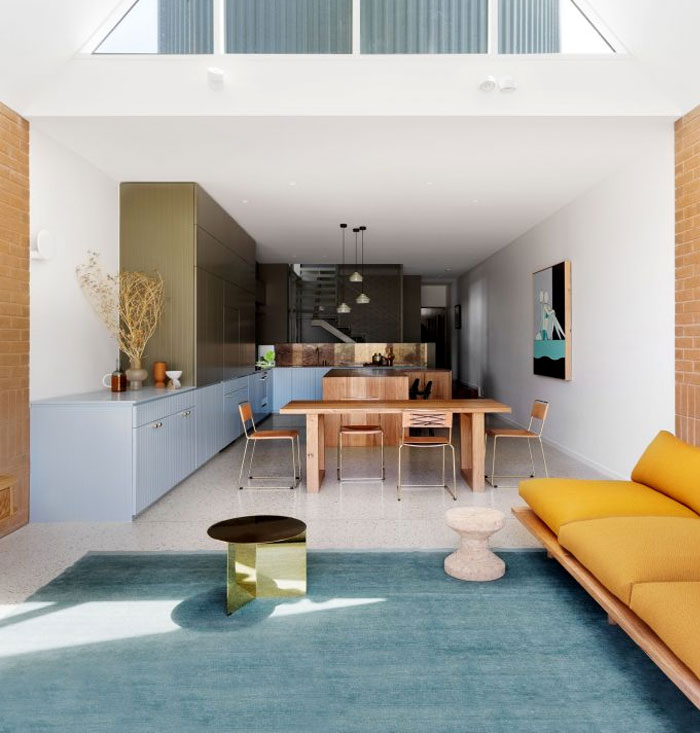 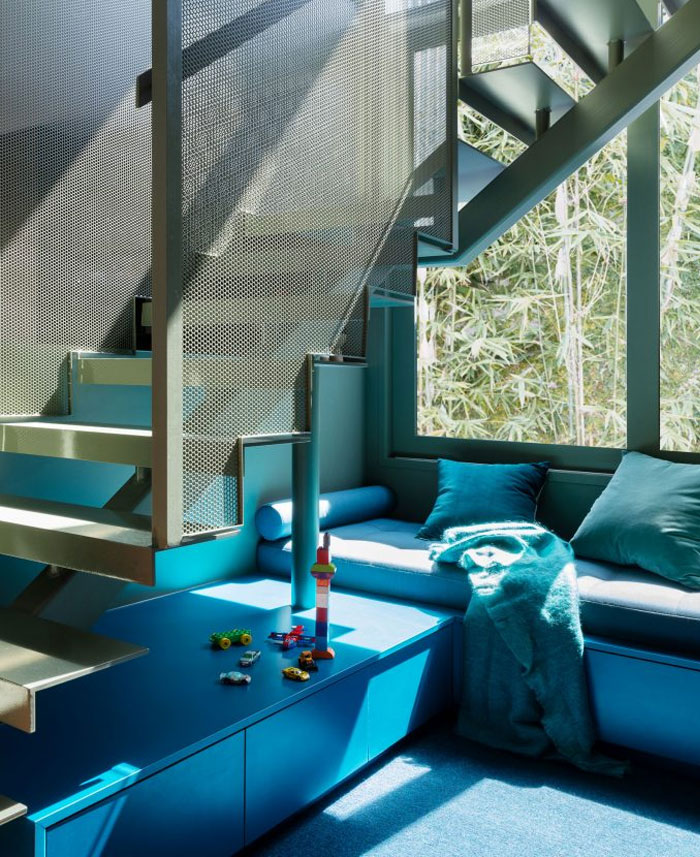 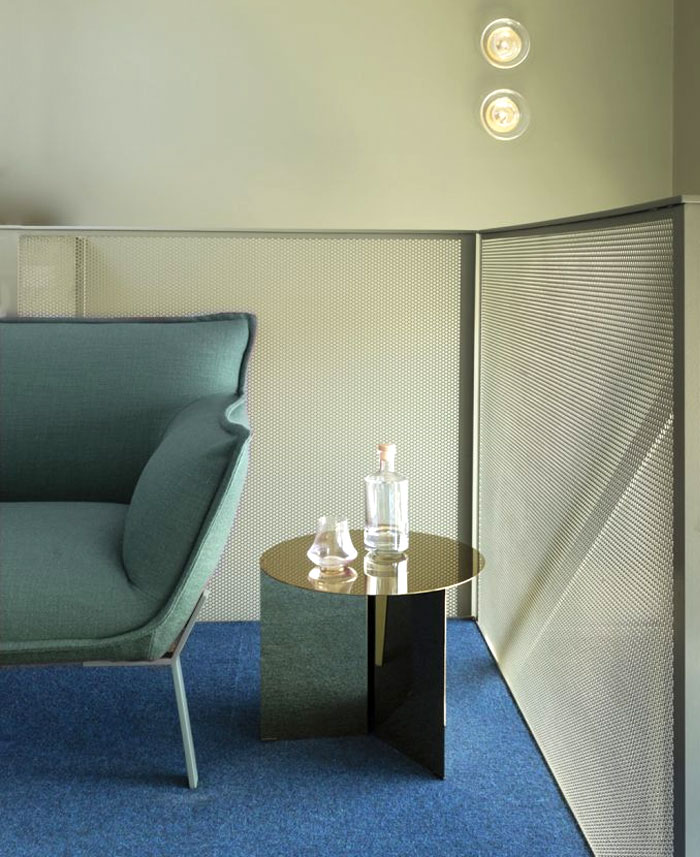