Apartmento Cass is a minimalist apartment located in São Paulo, Brazil, designed by Felipe Hess in collaboration with Patricia Sturm. Situated in front of the Trianon Park, on a high floor, the 75m² apartment had its layout entirely modified according to the needs of the new owner, the young contemporary artist Rodrigo Cass. 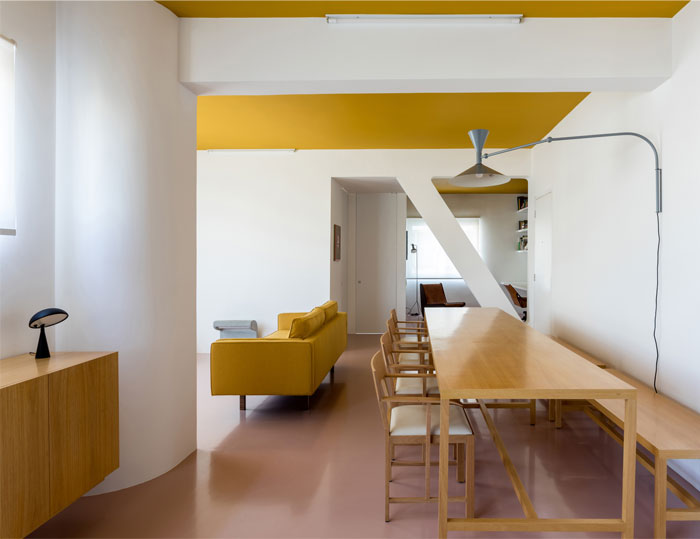 The concept arises from two colors provided by him, which dictated the chromatic palette of the project. In an attempt to create an integrated, simple and functional environment was discovered during the demolition phase an inclined column, which separates office and dining room and which became the hallmark feature of the project. 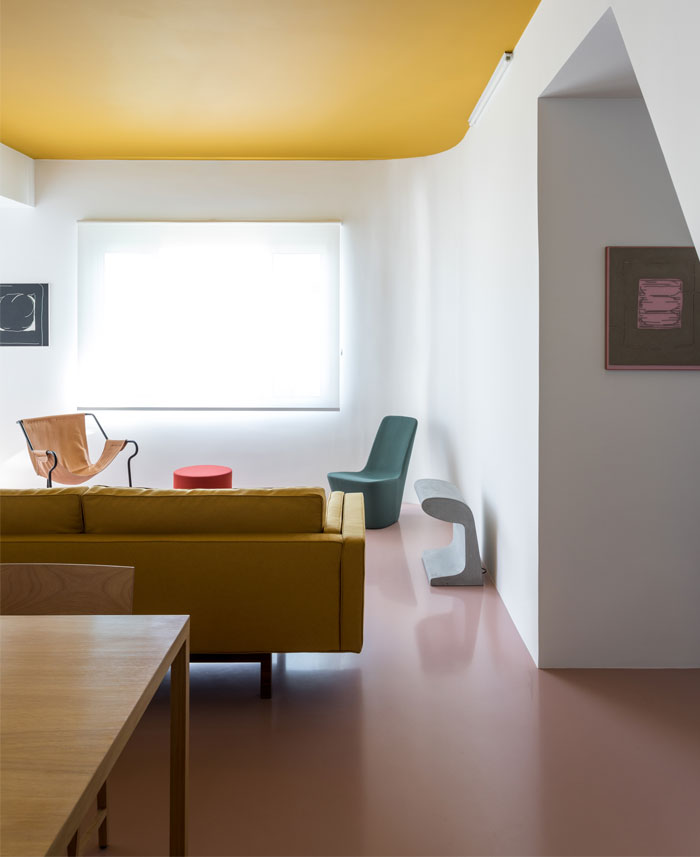 In contrast to the striking colors of floor and ceiling, walls and all apparent, structure were voluntarily painted white and rescuing the plasticity of the resident’s profession, geometries were created that bring strength to the meetings between planes. 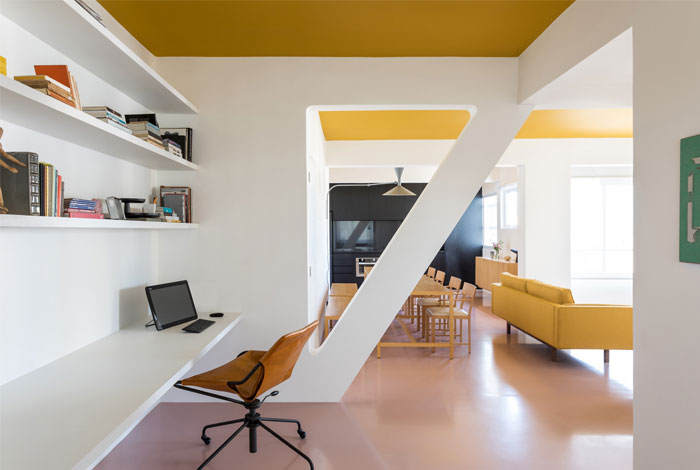 Other colors are found punctually highlighting themselves, as in the entire black kitchen and in some pieces of furniture, this reduced to the necessary and minimalist, so as not to interfere in the perception of space. Photographs:
Fran Parente; 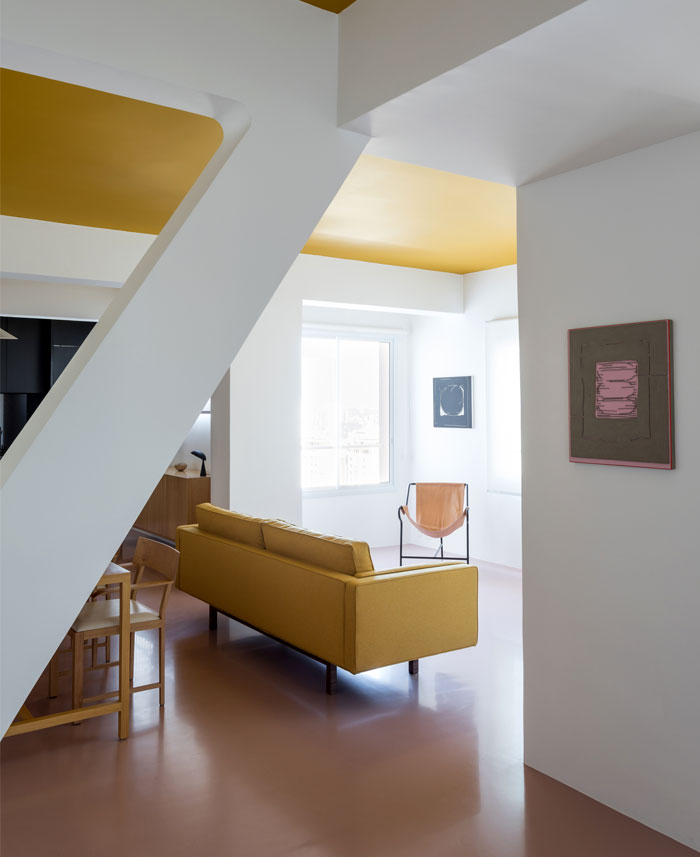 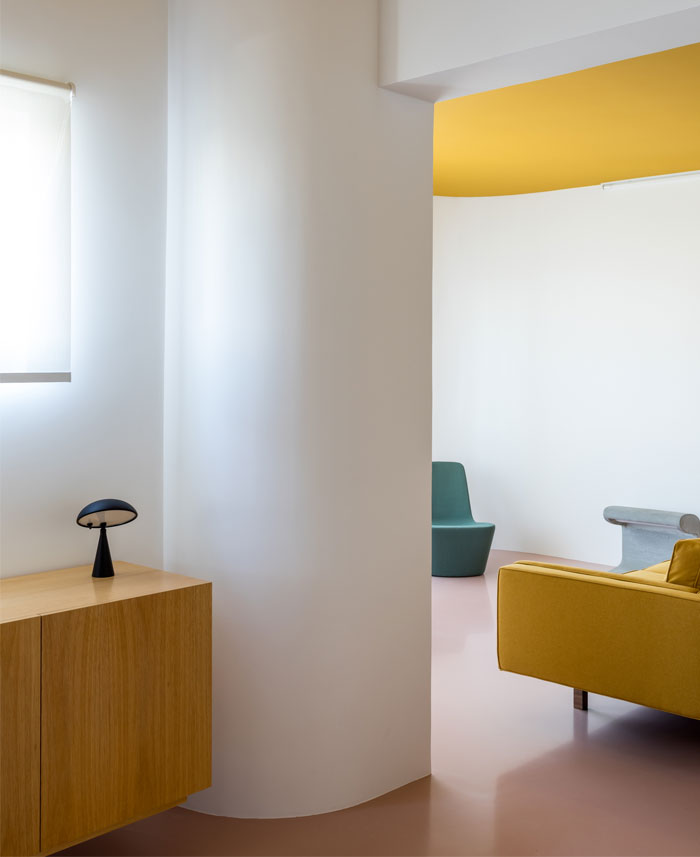 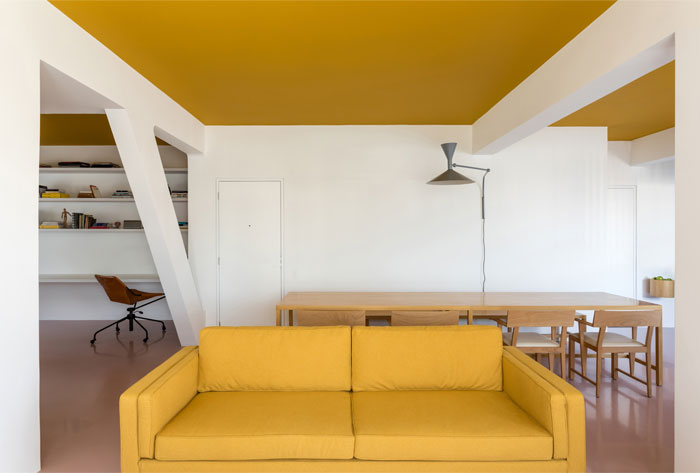 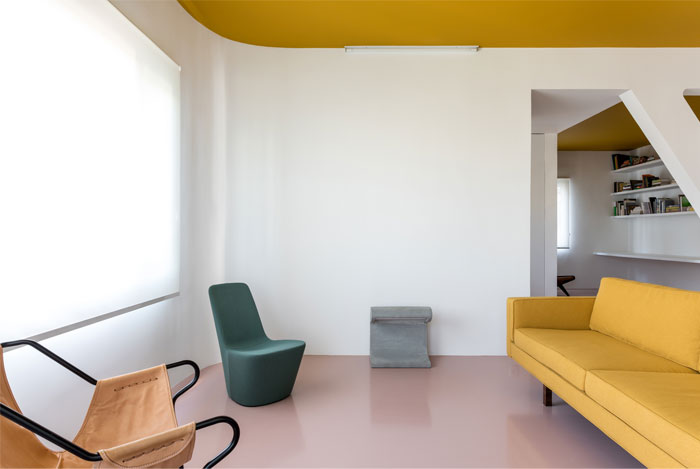 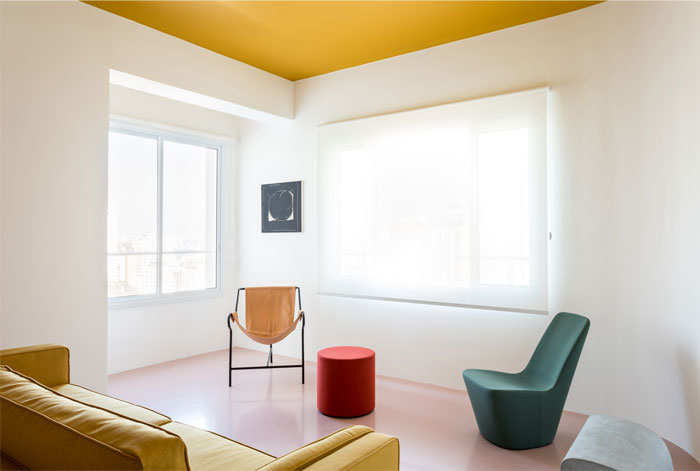 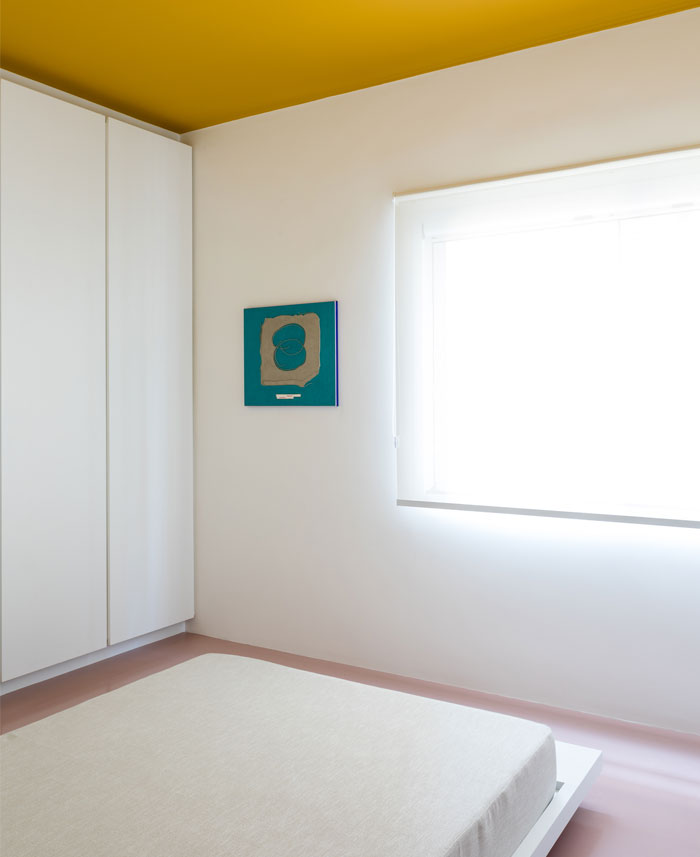