It is no exaggeration to say that Korea’s coffee industry, which is now experiencing more revival than ever, started with the enthusiasm of small rosters. The young rosters in this country continue to lead the development of the industry, consistently citing their own values. 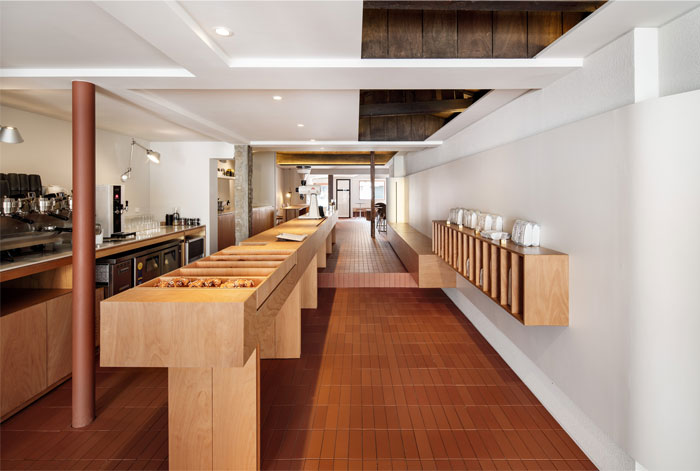 One of them, a Korean coffee roaster brand [pont], opened a showroom in Seoul by renovating an old wooden house with a space design studio [stof]. Yongsan, Seoul, where Pont is located, an urban image packed with tall buildings coexists with an old neighborhood that seems to have stopped time. The space of [pont] was originally a long-shaped railroad office building in the 1940s that connected the two horizontal paths in this town. Each side facing each road has a door, which looks like a shortcut to the neighborhood. 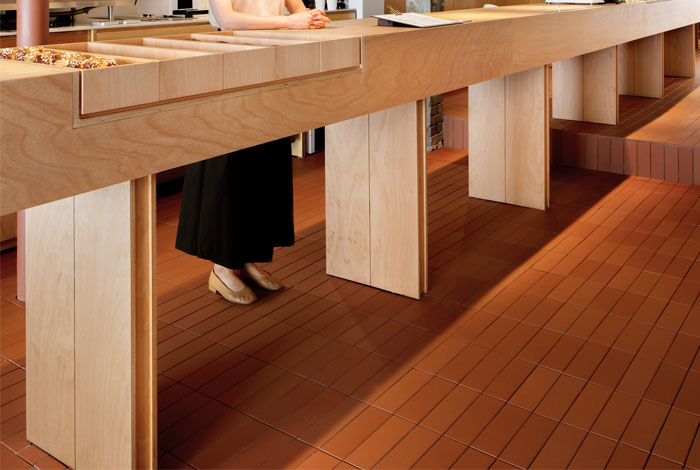 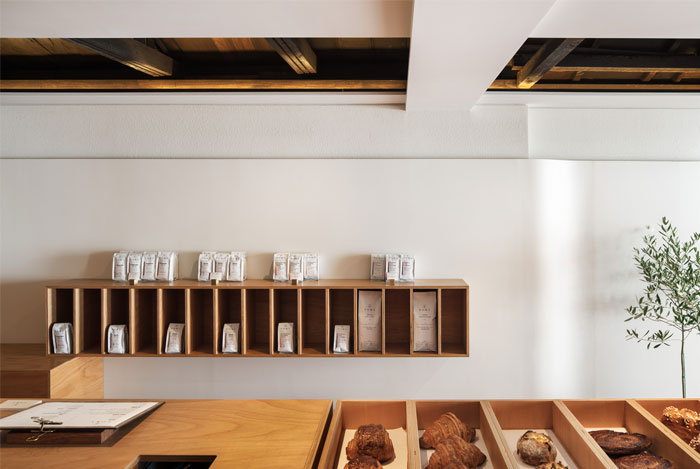 Park Seong-jae, the director of [stof], thought that the brand value of [pont](meaning bridge in French) is to connect producers and consumers, which is in line with the structural context of the space that connects the two roads. So, in order to visually emphasize the image of the ‘Connected Path’, [stof]intentionally placed walls, ceilings, etc. as devices to reflect images of roads in the area and induce movement within the space. 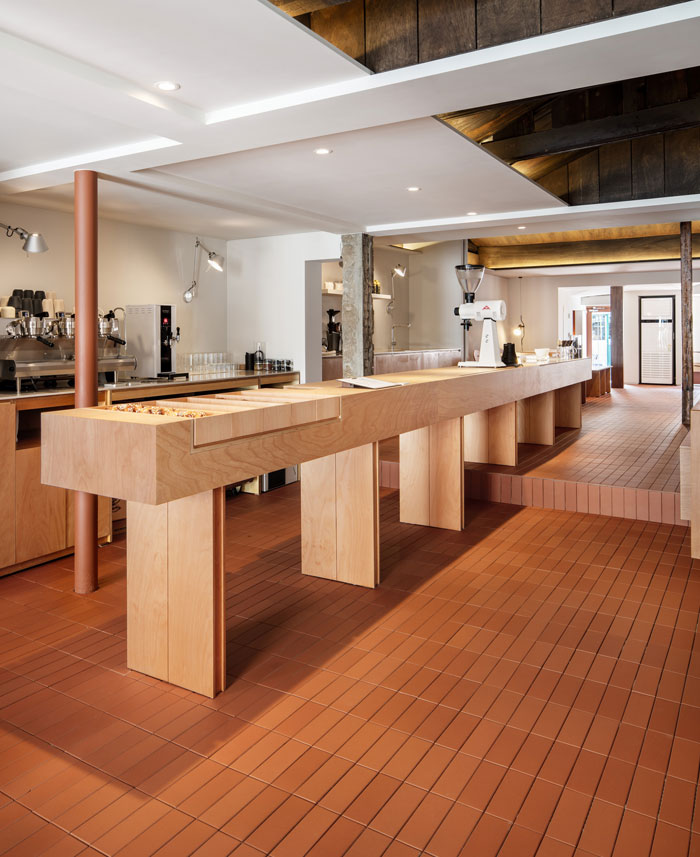 Various materials of columns and ceilings inside the space, such as bricks, metal, and wood, are structures that have remained throughout the history of this space, showing the flow of time that it has passed. A single layer of wall from the outside to the inside gently wraps the pre-existing wall into a curved surface and induces the movement within the space, and the terracotta on the floor creates the image of this space as a passage leading to a different path rather than just the interior of one store. 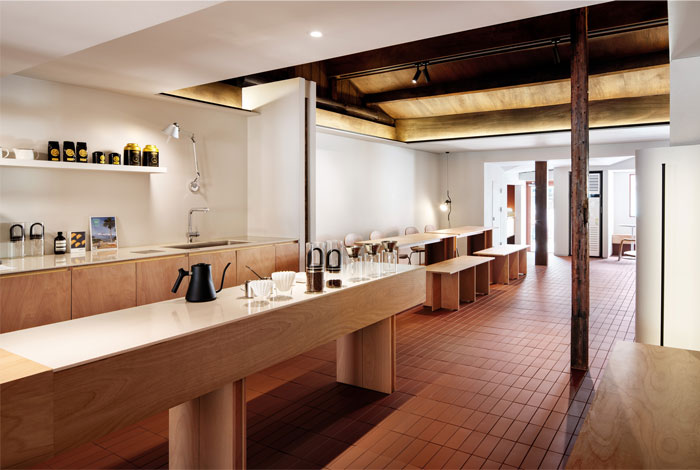 A long longitudinal wooden bar table, like the shape of a bridge from the entrance, is both a barista’s workspace and a place for communication between barista and customers. Therefore, it is designed to be as visually unobstructed as possible and is designed to give an open feel, with benches for customers on the opposite side. Architects: Studio stof; Area: 105 m²; Year: 2020; Photos: Kim Donggyu; 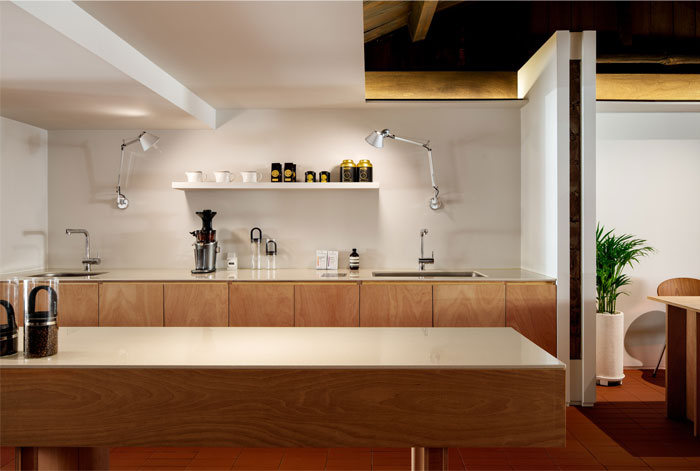 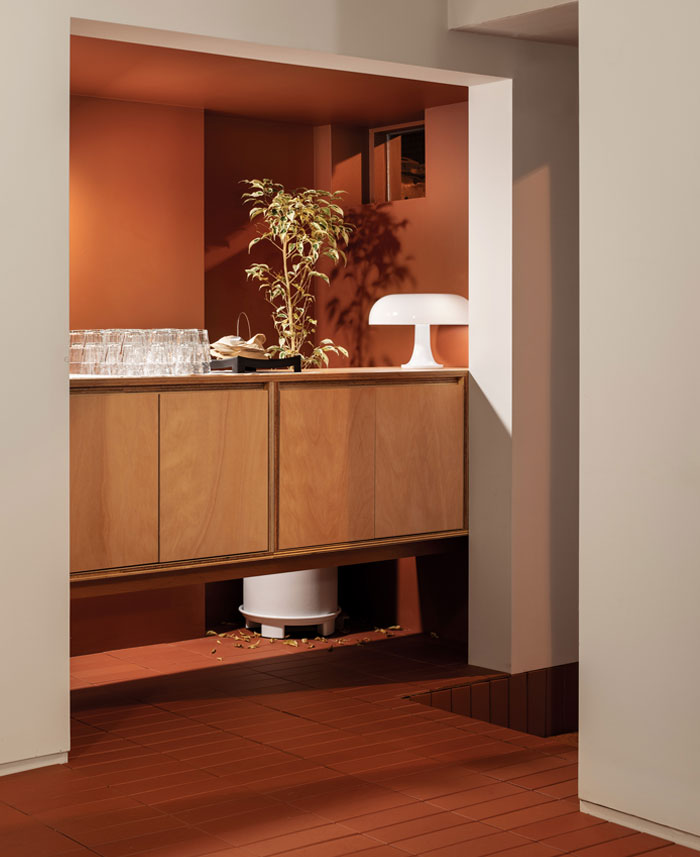 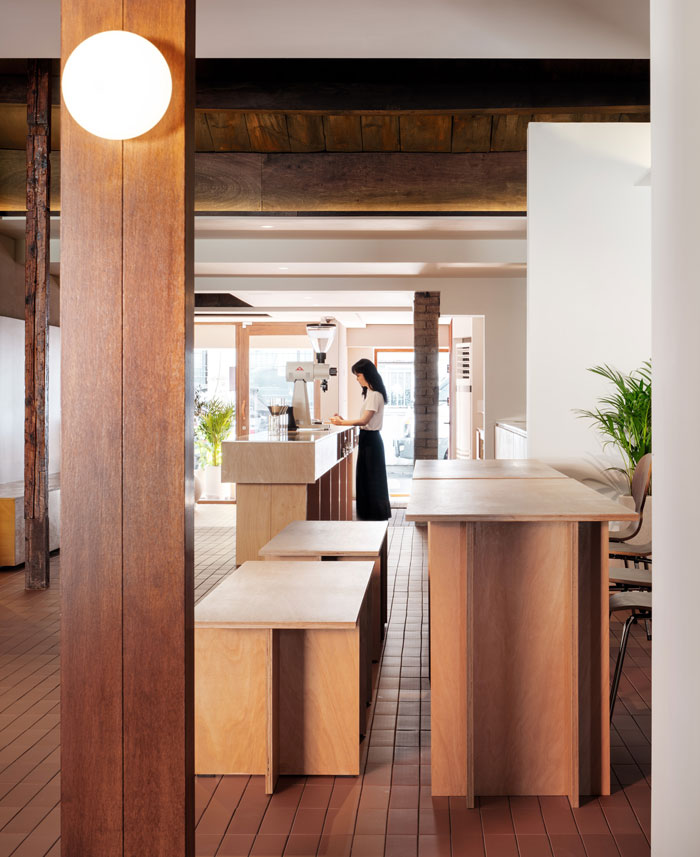 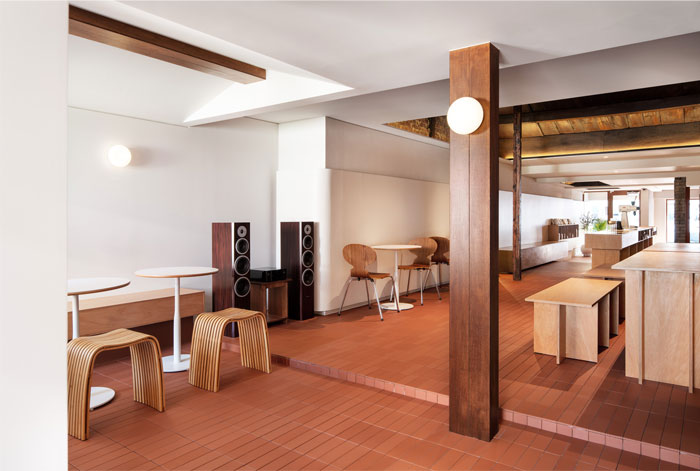 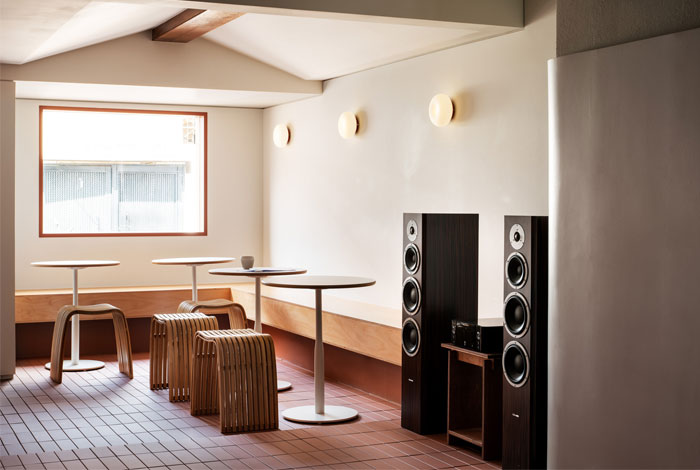 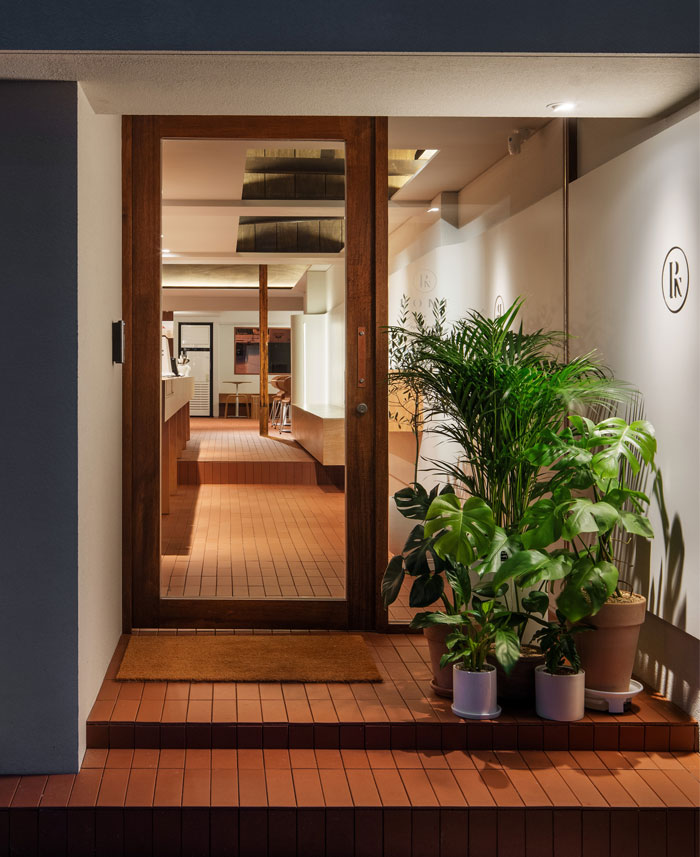 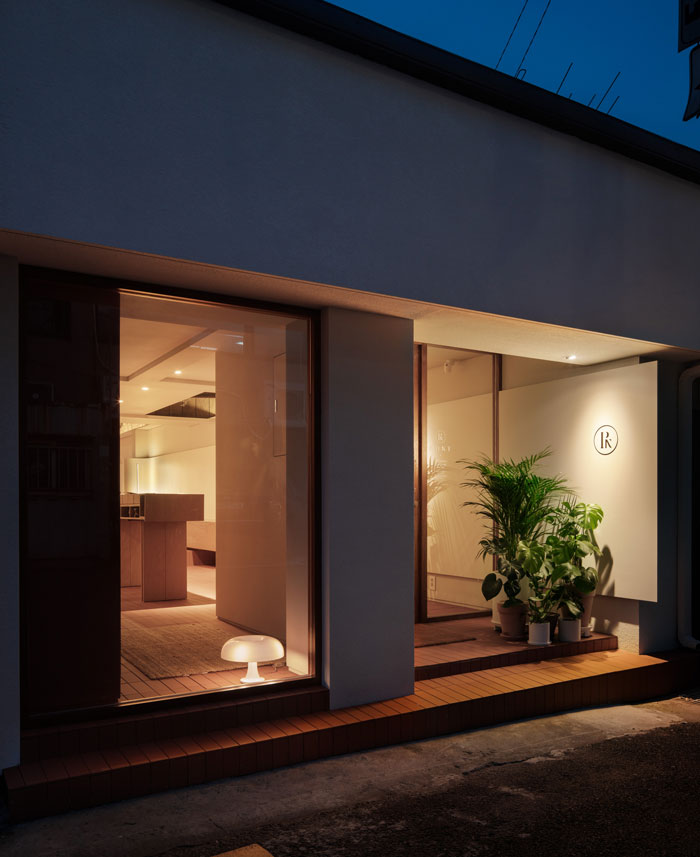