The dwelling to upgrade is located on the fifth floor of a building built in 1910 very close to the imaginary border between Gràcia and la Dreta de l’Eixample. Due to the narrowness of the plot, the building has only two floors per floor and a width of less than 6 meters. 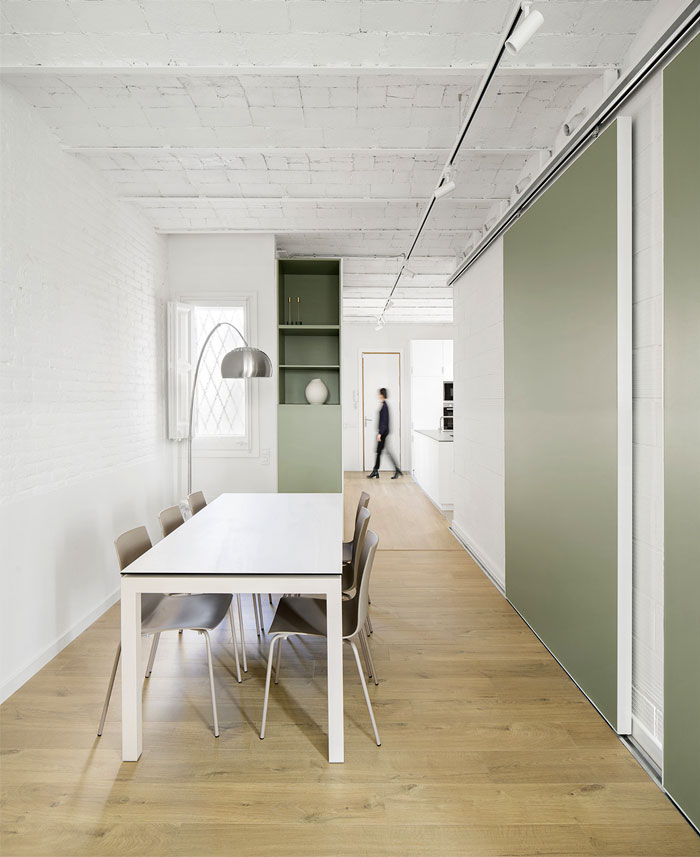 The proposal has two aims: on the one hand to highlight the typical building elements of the Eixample existing in the building. On the other hand, it is proposed to redistribute the flat in order to eliminate circulation spaces and enhance the feeling of spaciousness by offering visuals that cover the maximum dimension of the space, both in width and length. Some project decisions are viable because the reform is designed for a single user, so not much privacy is required. 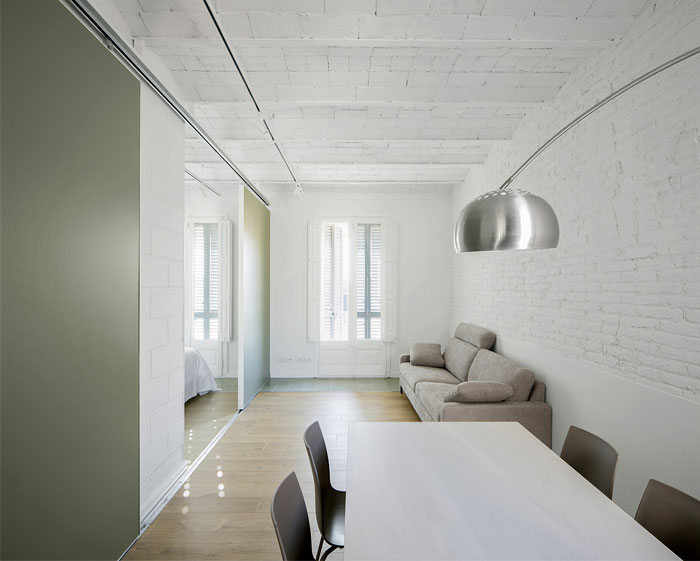 Two sliding panels of large dimensions that run through a suspended guide of almost 8 meters long separate the living area from the double bedroom allowing to establish different types of relationship between these two spaces. We avoid placing any partition between the access door and the façade. The arrangement as a sequence of the /bedroom – bathroom – dressing room – kitchen space/ and the position of its doors facing each other offers also a second itinerary between the facade and the access door to the flat. 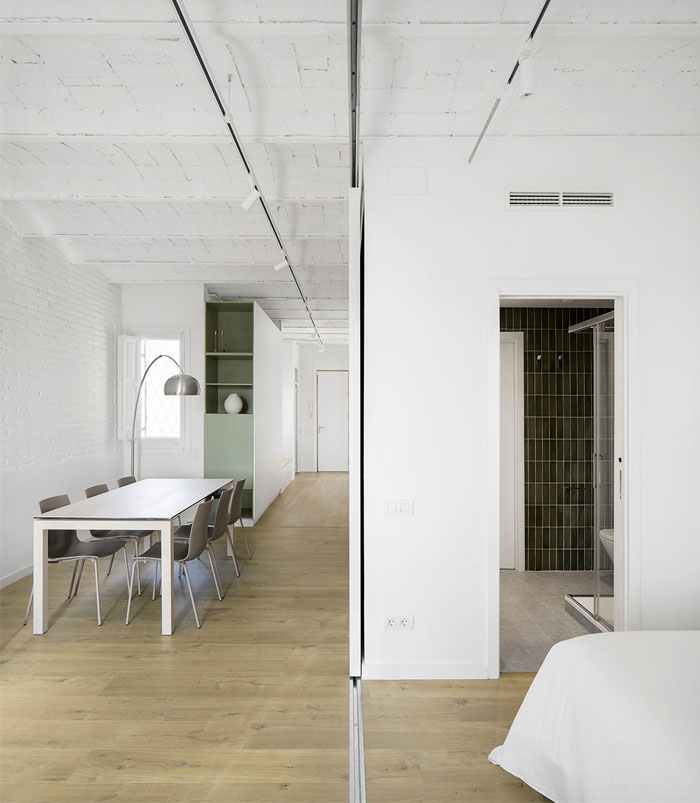 It has also been sought to highlight the existing elements of the typology. To achieve this, the ceilings are removed and the partition walls are stripped of their cladding in order to create a set of textures. The ceramic vaults and brick partitions are painted in white, emphasizing their texture but avoiding an overly rustic image.

The original carpentry is also restored and recovered and two interior doors with some value are placed in a new position; one to separate the kitchen from the office and the other between the kitchen and the dressing room. It should be noted that this dressing room has the minimum dimensions necessary to be turned into a second room in case it is needed in the future. 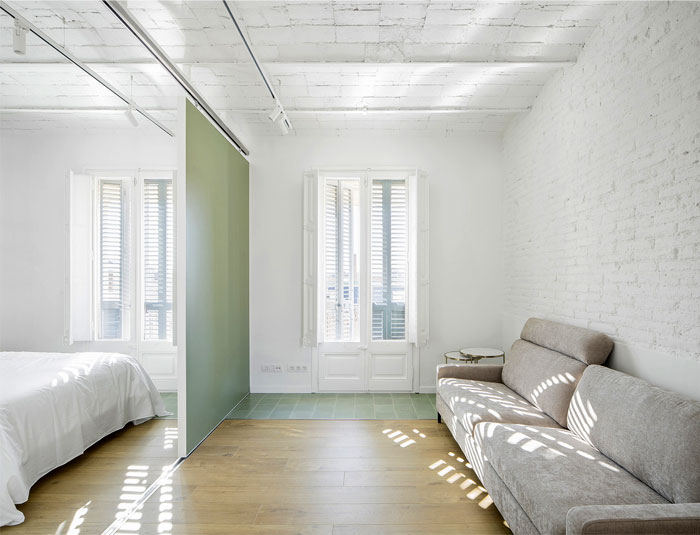 Finally, the new partition that runs parallel to the sliding panels and separates the living-dining room from the smaller pieces consists in a ceramic partition raised with large-format pieces. As a coating, again only paint was applied, preserving its texture and establishing a dialogue with the other elements that have received the same treatment. Architects: LAOS; Year: 2019; Photographs: Del Río Bani; 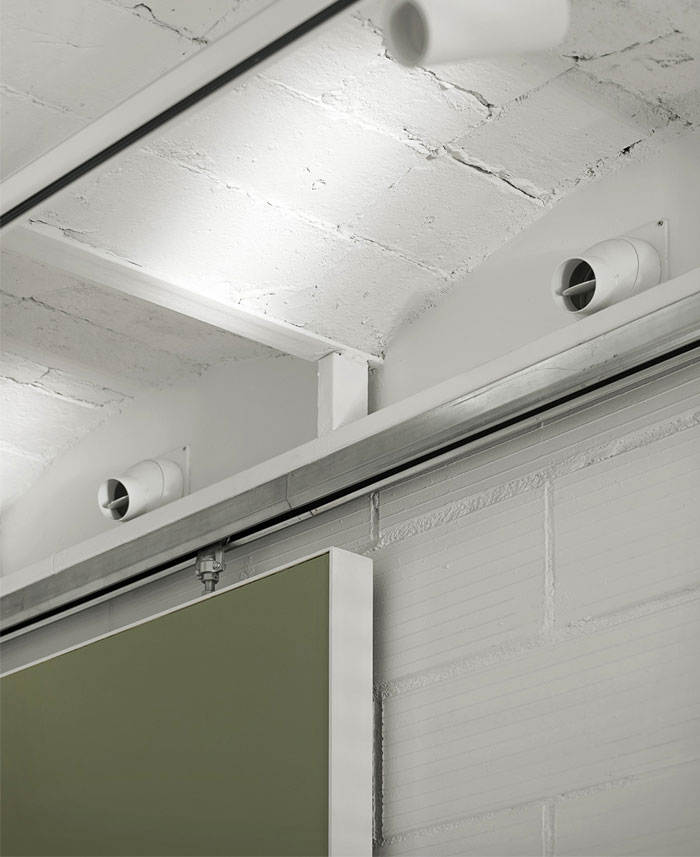 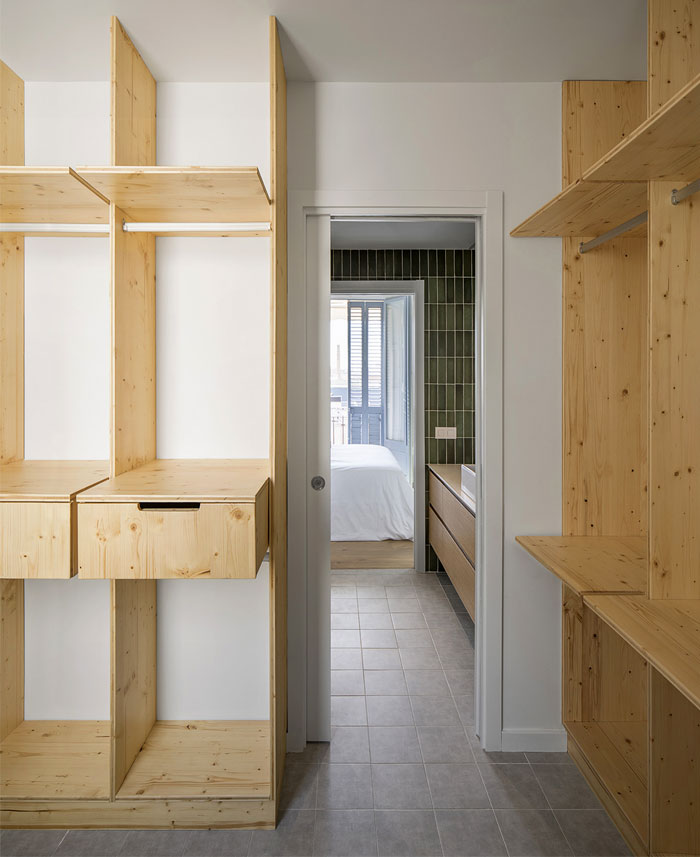 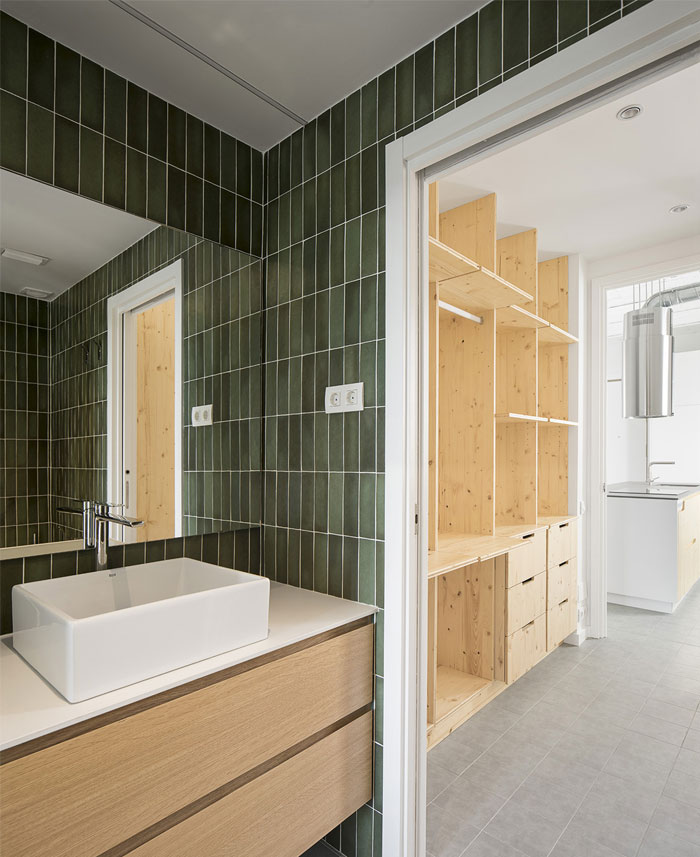 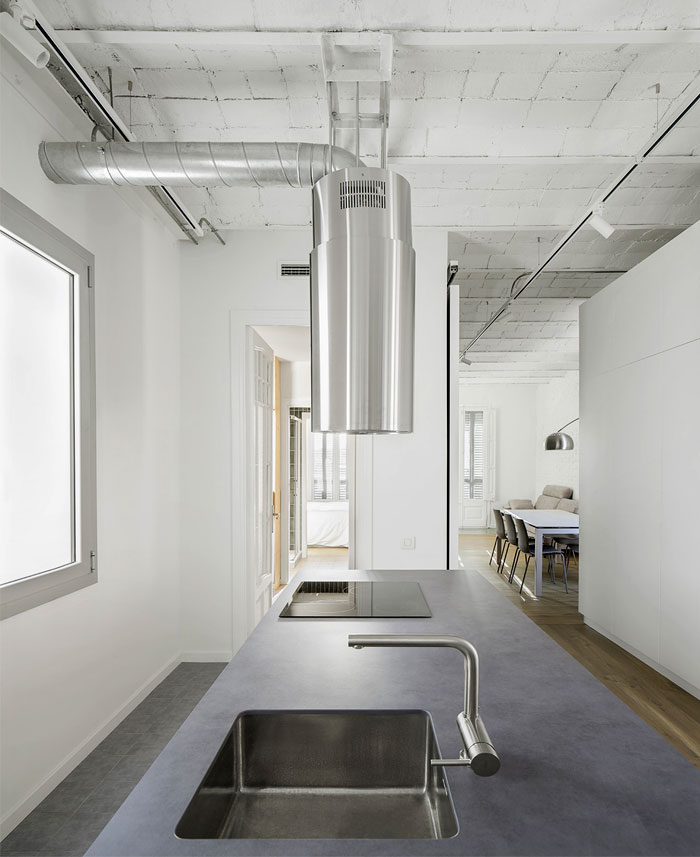 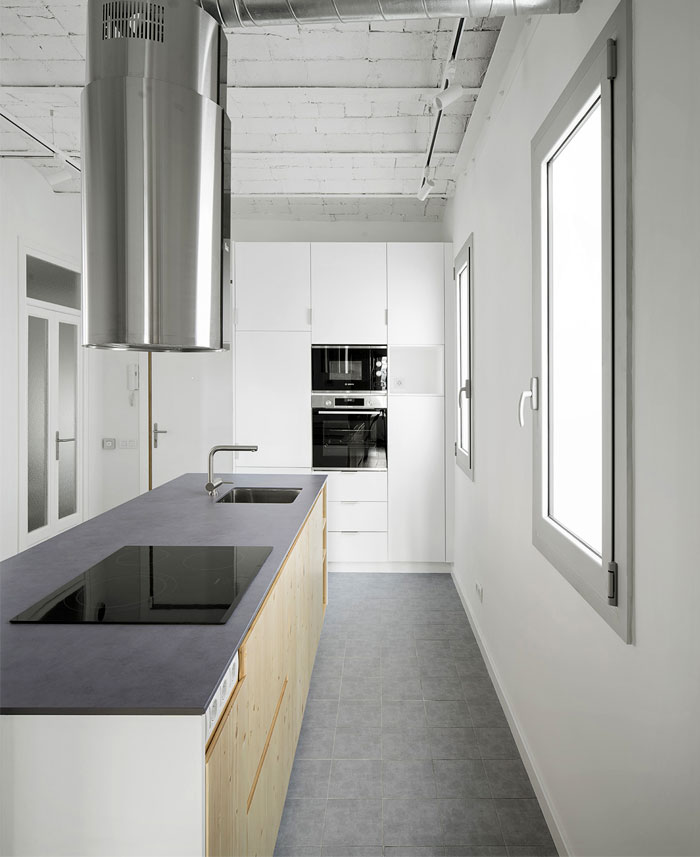