The architectural intervention in the winemaking estate known as El Tancat, located right in the middle of the Montsant Natural Park, recovers the old agricultural production buildings of the Carthusian Monastery of Scala Dei, in order to convert them into the small Hotel & Winery, Terra Dominicata. 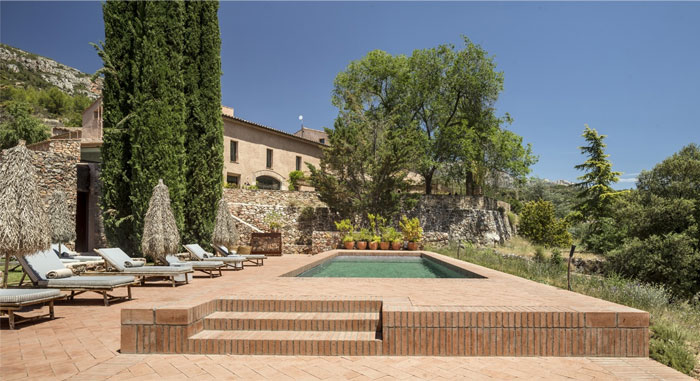 The landscape architecture project for the exterior spaces was carried out with the utmost respect for, and with the willingness to preserve the surroundings, the architecture and the customs of the nearby towns. The materials, the colours, the vegetation, the textures, as well as the construction techniques used, are inherent to the place and to its historic and cultural heritage. 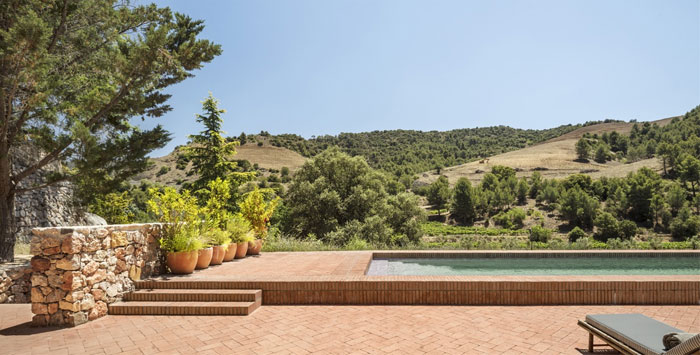 This project by scob won LILA 2020 in Hospitality category. From the jury statement: “Using simple and graceful design language, the project succeeds in creating a new interpretation of local traditional craftsmanship and history. It is in the combination of strong spatial and material uses and detailing with fulfilling sustainable goals that sets the project apart.” 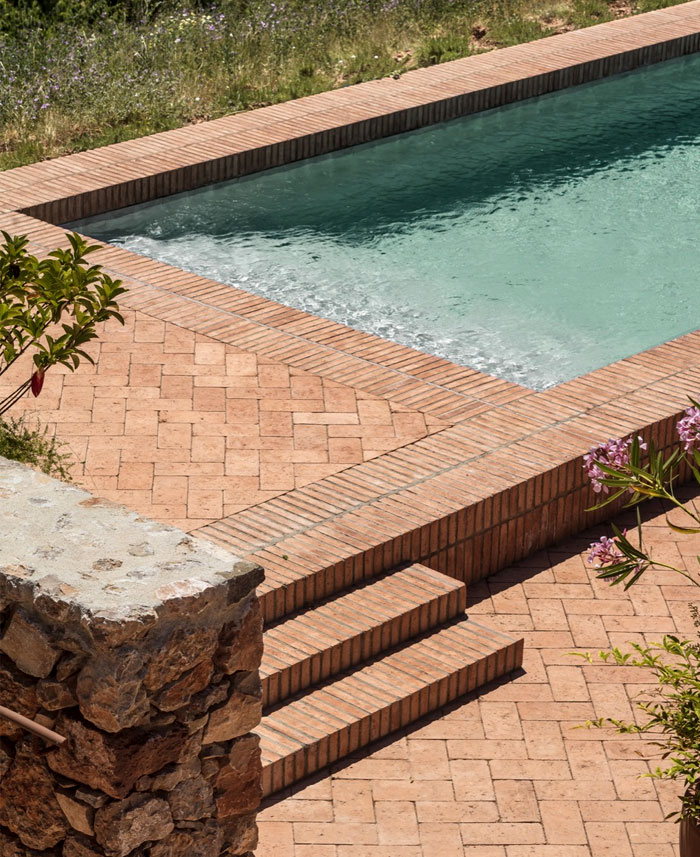 The Calm Retreat “El Racó de la Calma” is a small patio, encircled by walls and buildings which, interesting as it is, did not have a defined use prior to the intervention, due to the steep slope of the interior flooring. The project reclaimed it as an access area to various rooms, located on three different levels. It is organised by means of green lattices made from steel mesh (an abundant material found in the region´s landscape which is used in the construction of fencing and trellises for training grapevines) and also has jasmine vines planted on it. These trellises shape the small exterior areas and the access areas to the bedrooms, which in turn give privacy to the customers. In terms of the construction of both the flooring, the steps, the railings or the wall cladding; these were created by using materials such as manual bricks, lime render, or metal railings, with all these materials being used according to the local architectural practices. 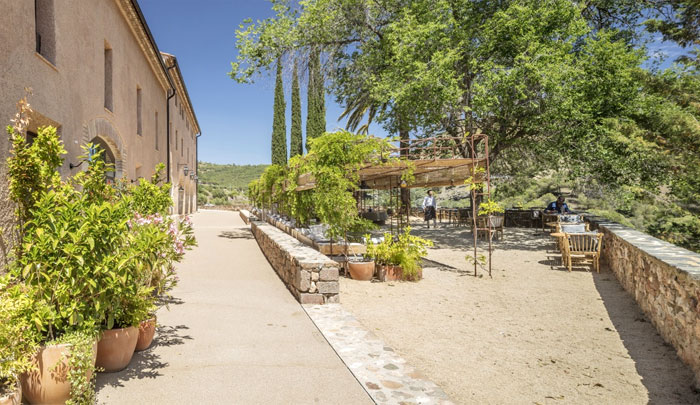 The Balcony of the Cypresses “El Balcó dels Xiprers” is a crescent-shaped space facing the main building which looks out onto the landscape of the Priorat vineyards. This vantage point, belonging to the hotel´s new restaurant, contains a large green pergola built solely out of metal railings, in the same way as the trellises are used by winegrowers to train grapevines. The plant used in this case is wisteria, it grows robustly, it is deciduous and it´s flowering is spectacular. During the summer this plant is used to provide shade in many southern-facing gardens in the Mediterranean. 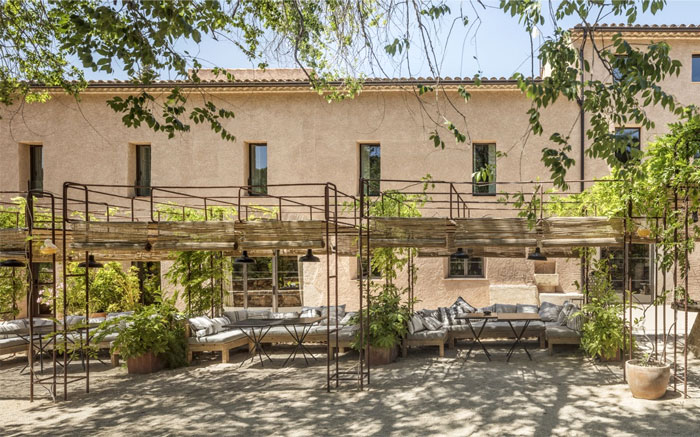 The Priorat Garden “El Jardí del Priorat” is located opposite the main entrance of the hotel and its shape was formed by respecting the existing terraces and dry-stone walls. At the same level as the entrance, a small vegetable garden housed in wooden boxes has been provided, to serve as fresh produce and aromatic herbs for the hotel’s restaurant. On the upper terrace more than a dozen species of plants native to the Montsant natural park have been planted, with the aim of helping to conserve and improve the biodiversity of the environment. 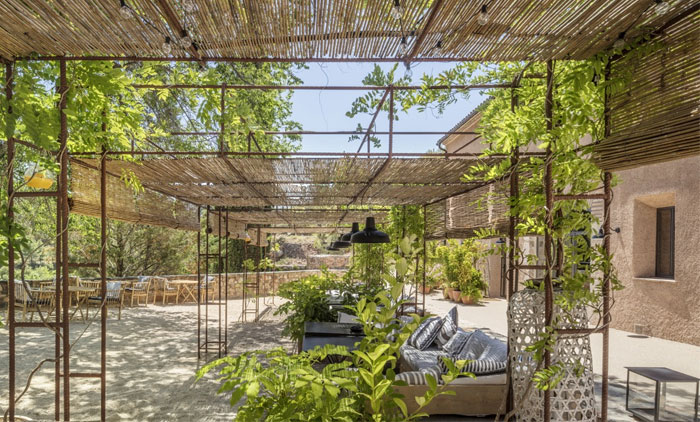 The Entrances “Els Portals” are each and every one of the entrances to the different buildings. Because the shape and the layout of the 25 bedrooms of the hotel remained in their current proportions, many of the entrances to the bedrooms are accessed from the outside, as if they were entrances to the houses of a small town. As a welcoming gesture, and as a privacy measure, clusters of plant pots, containing a large variety of plants, have been positioned at these entrances in keeping with the deep-rooted tradition of nearby towns such as Escaladei. 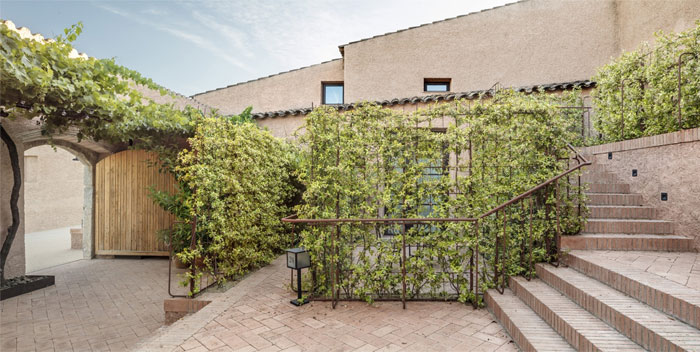 The Olive Grove “El Camp d’Oliveres” was and will continue to be an olive grove, the only difference being that now it has been made compatible to accommodate car parking for the hotel. The canopies of the olive trees have been reshaped to keep away the lowest branches, a blanket of gravel extends outwardly which permits the transpiration of the land and the flow of cars. Bay leaf trees have also been planted at the edges of the terrace to provide security and to obscure the cars from view, from the road. 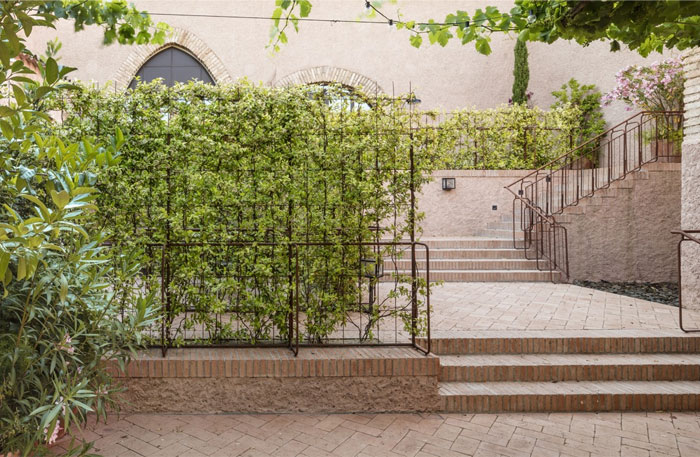 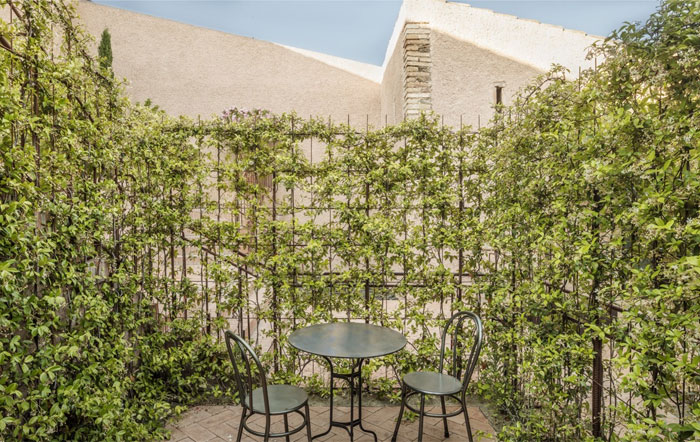 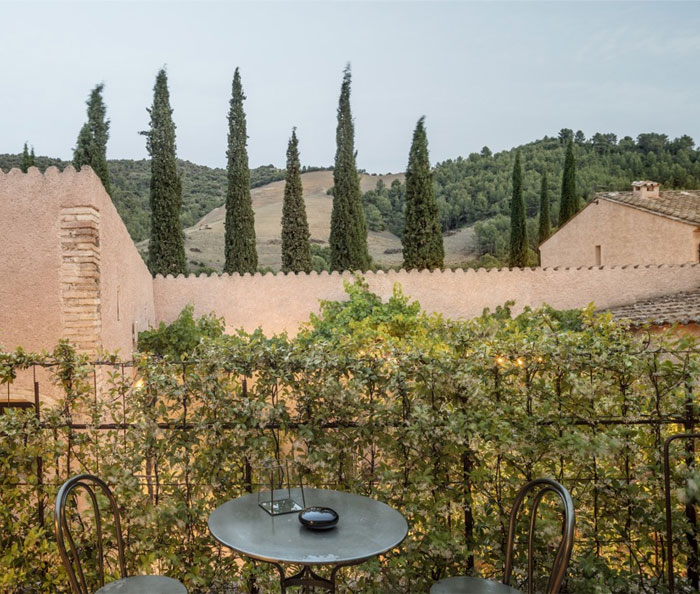 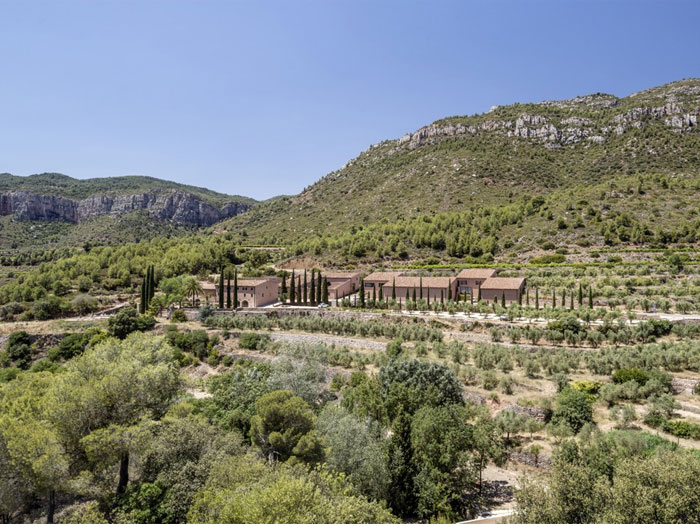