Located in Fremantle, Marine Residence sits amongst a familiar coastal architectural vernacular, one that responds in materiality, palette and form to its proximity to the sea. The resulting extension not only aims to preserve the original structure but to propose a language that speaks to the craft and massing of its comprising parts and rearranges them through a contemporary lens. 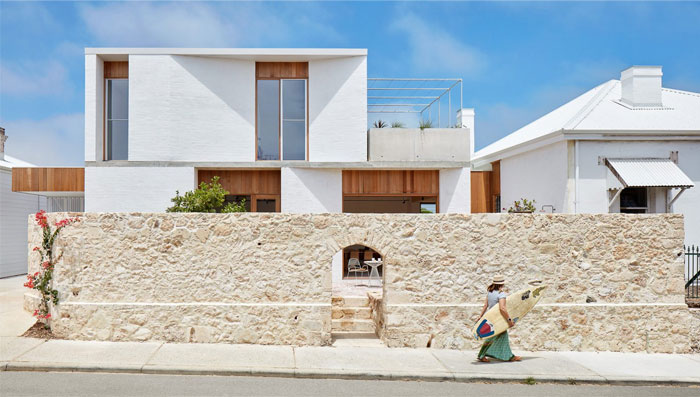 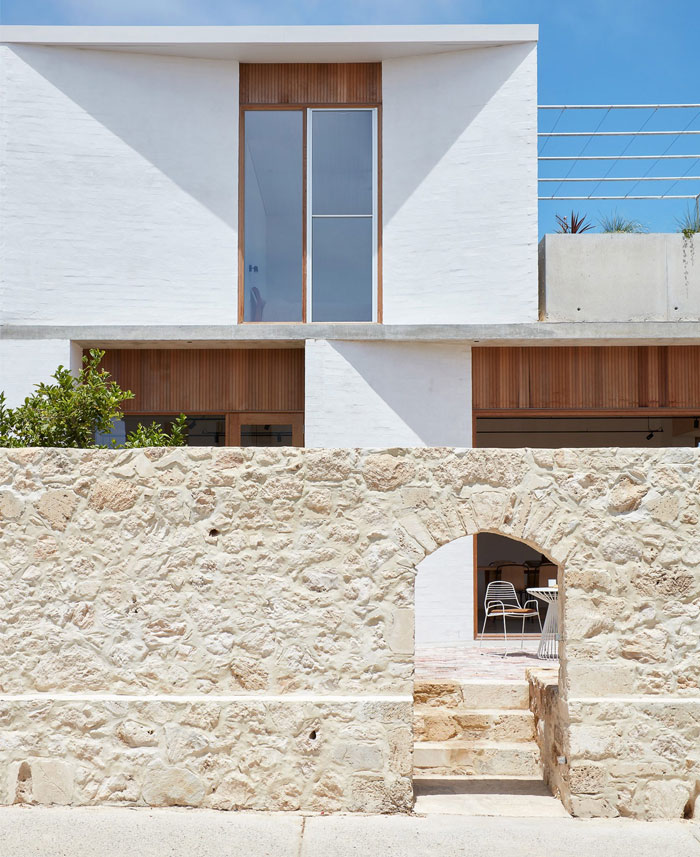 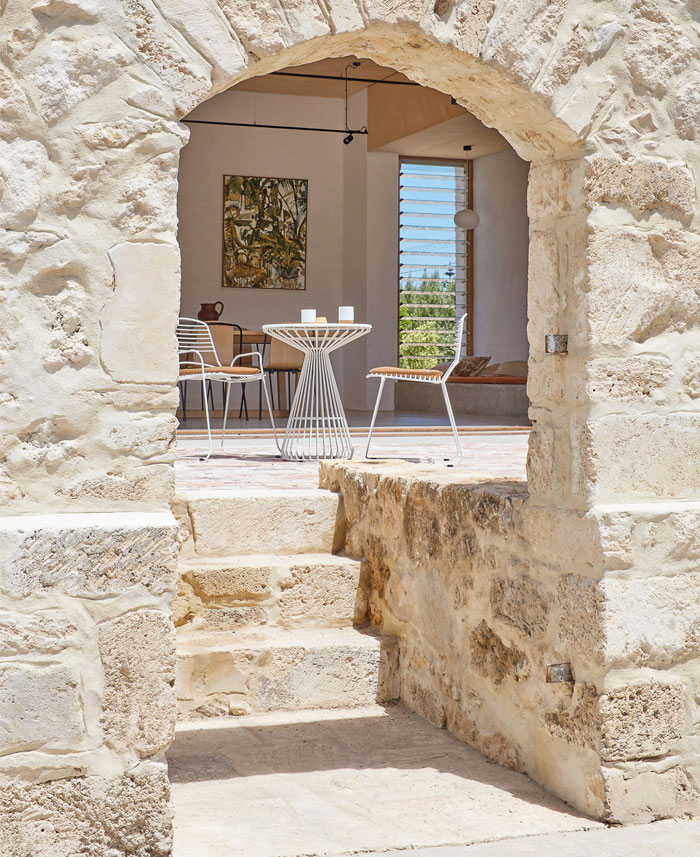 With an overarching lightness in colour, the home connects to the familiar coastal vernacular and emerges as a sculptural addition to the site, punctuated with geometric voids and warmed through the sparing use of timber. David Barr Architects combines a detailed refinement with the ease and calm of the occasional beachside abode. 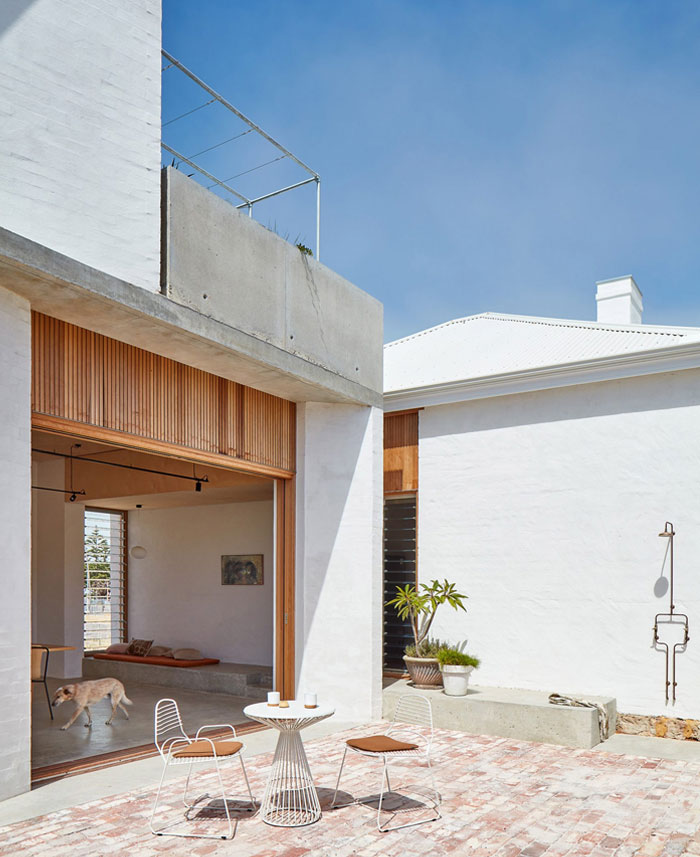 Built by Perth Builders, Marine Residence sees two additional volumes added to the rear of the existing heritage brick cottage. Both bathed in white, the robustness needed in the coastal environment is expressed through the masonry façade and the bold formal gesture of the comprising two levels. Externally, the use of paint-washed walls sits next to textural timber, where the façade is broken by glazed elements that connect the interior to the exterior. The chamfered walls add a sculptural element amongst the formal rigidity of the overall rectilinear forms and the angled walls direct the views. The glimpses of a warmer and welcoming interior are deliberately carved to reveal the character of the home from the street. 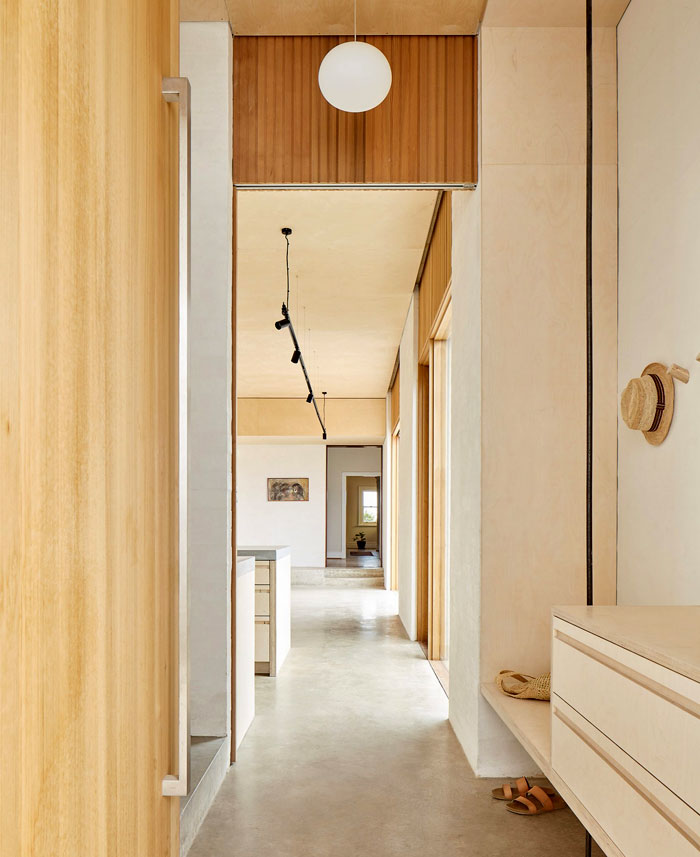 At the heart of the design is a connection to its owners. Home to a couple and their adult children, the extension is imagined as a place to bring people together in a casual, warm and inviting mode. The resulting approach to materiality and planning acts as an extension of this and the lightness of the home is felt in every varying space. Optimising the north facing aspect, the new build takes cues from the formal planning of the original home and its central corridor and orients the living and communing zones with ample access to natural daylight and ventilation. The more passive areas then taper from these open connected zones. Linking each of the levels is a light-filled stair that also acts to bring light deep into the lowest point. 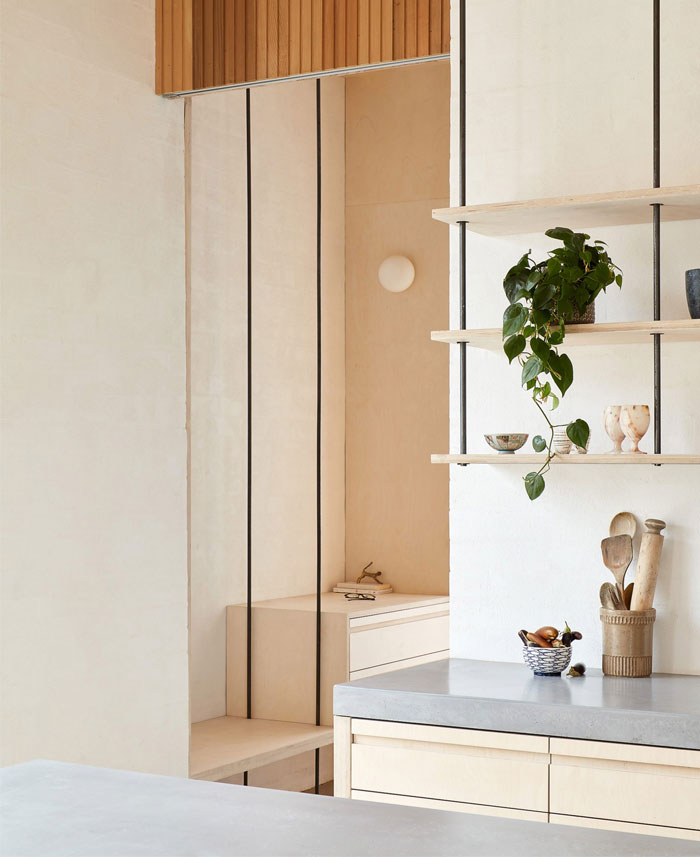 Marine Residence is as light and inviting as it is robust and weighted. Through an understanding of context and a controlled restraint, David Barr Architects has extended the life of the original home while injecting a sense of timelessness in the process. 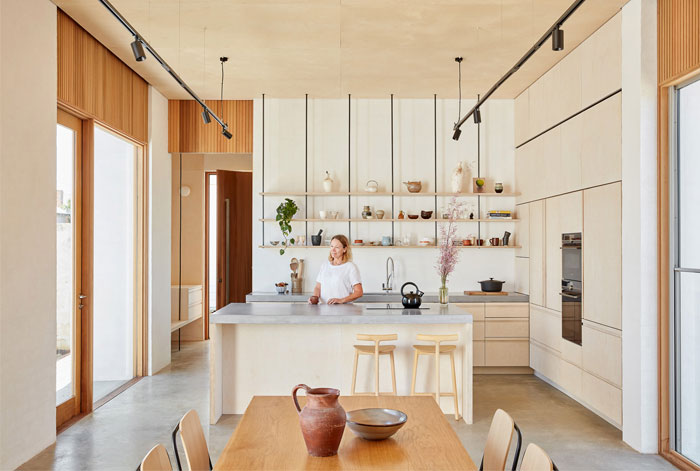 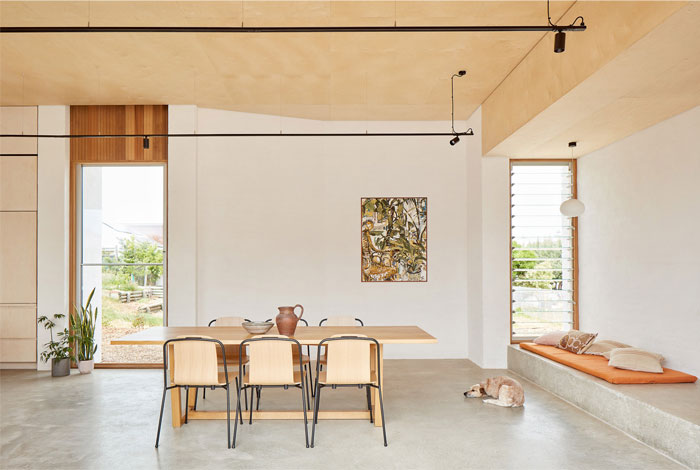 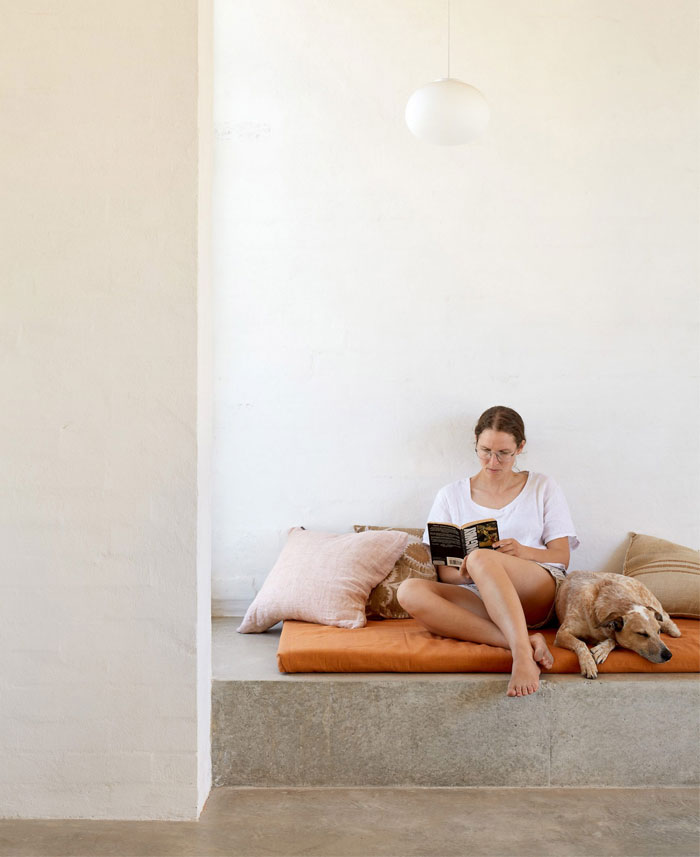 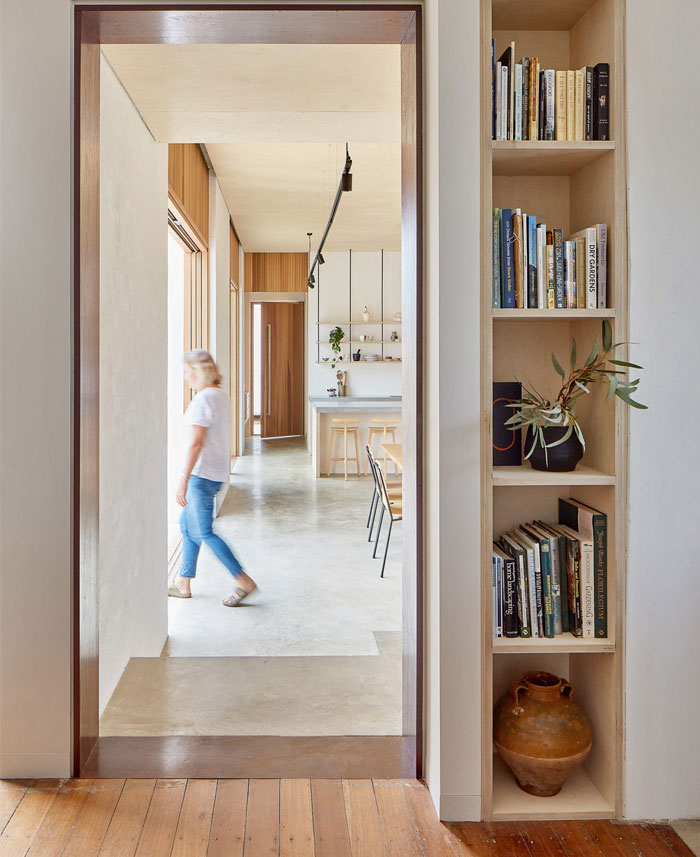 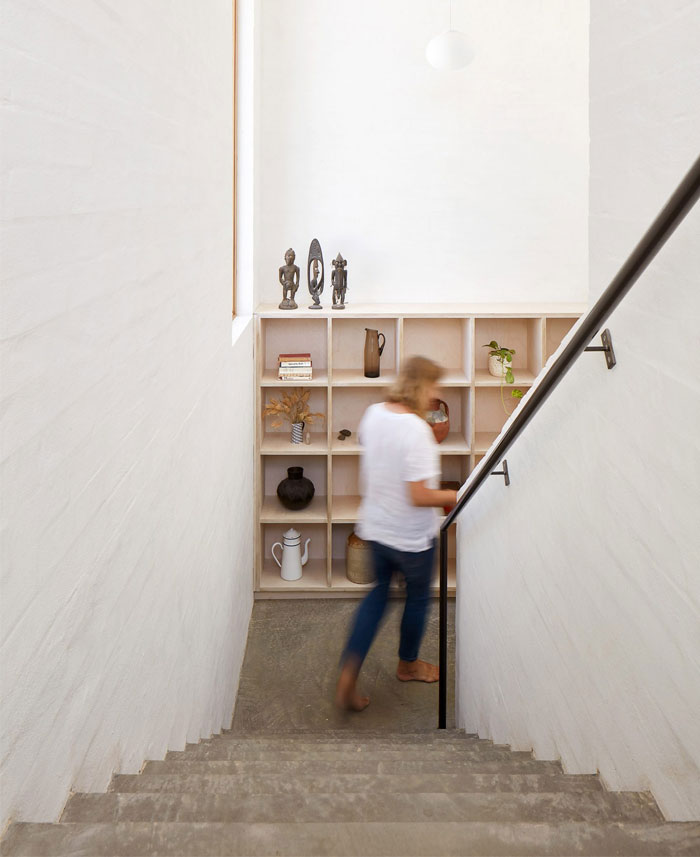 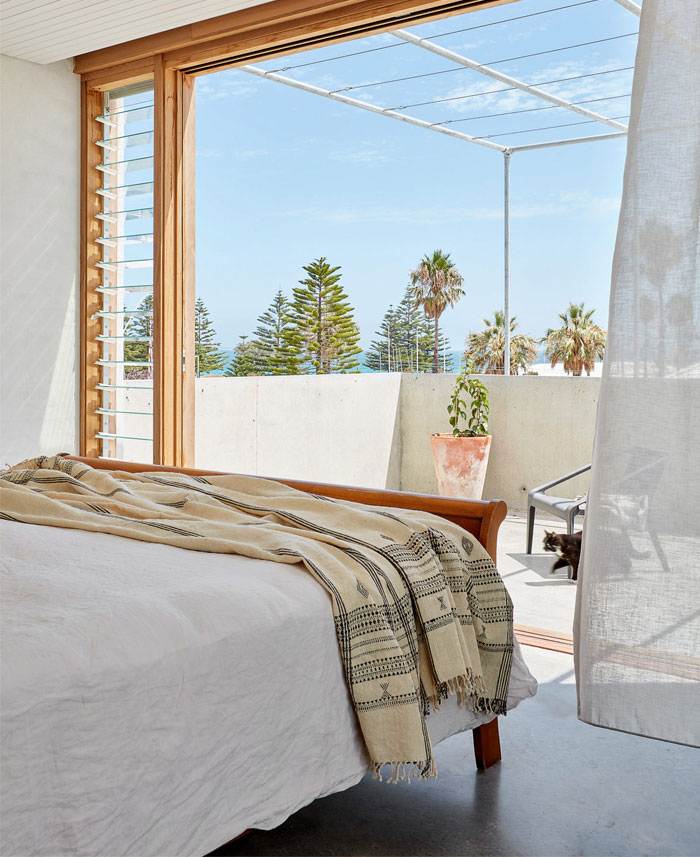 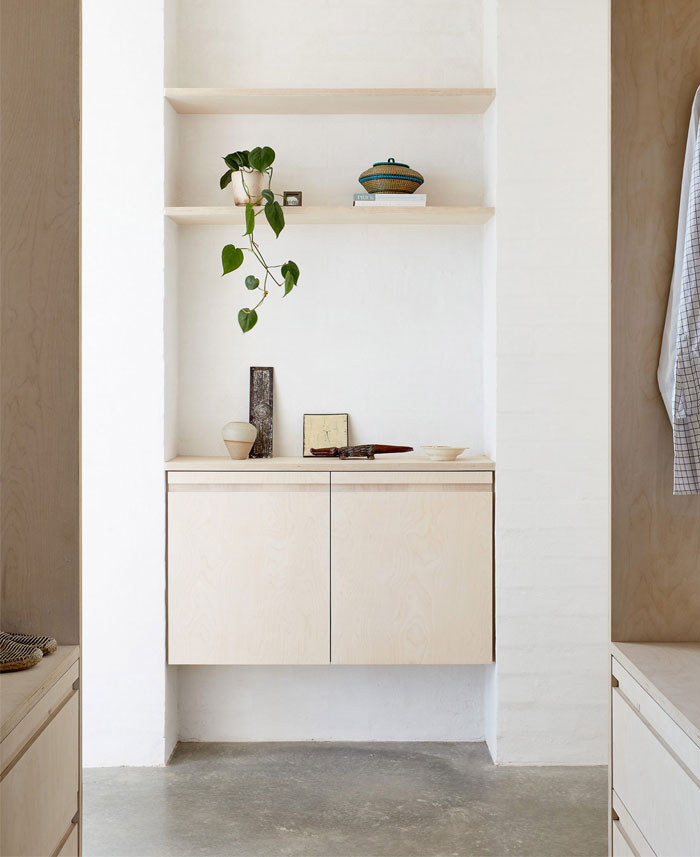 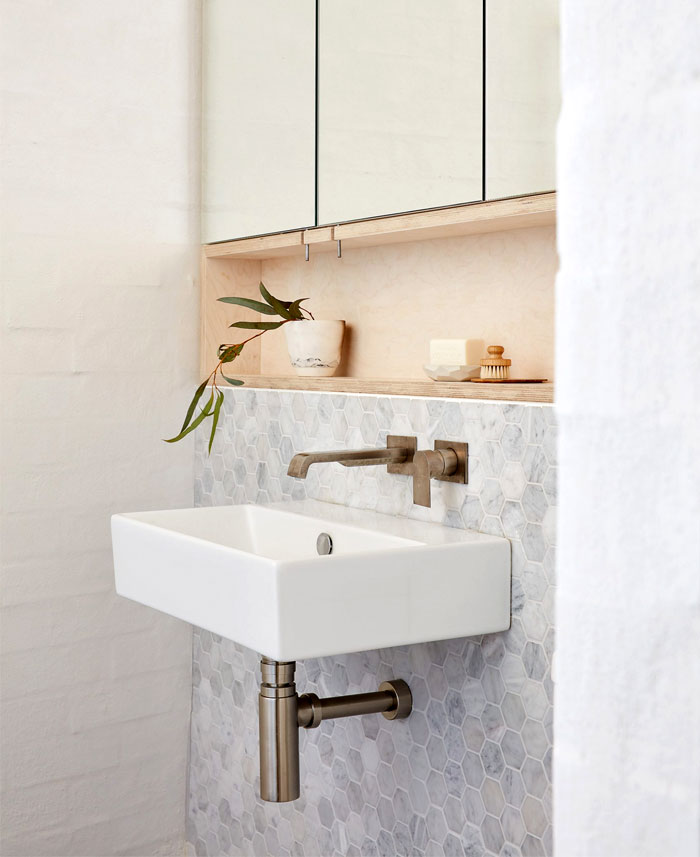