The verandah is an architectural element in regional Victorian towns that is fundamental for social interactions by drawing locals out of their houses towards the street front. Hello Houses, two townhouses in Port Fairy found 390 kilometres south-west of Melbourne, morphs this essential element to create frontal courtyards. 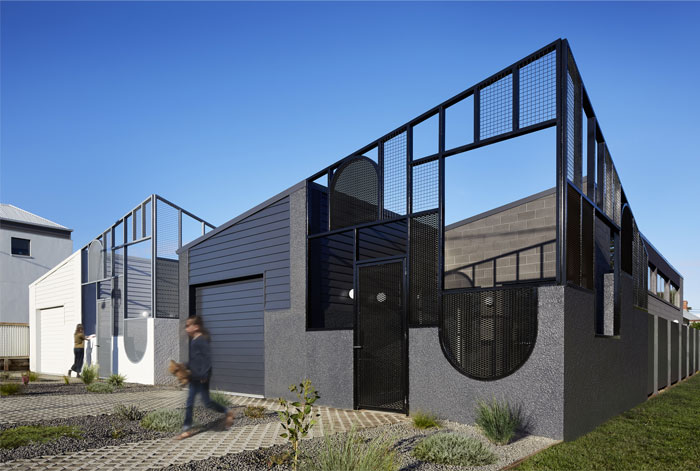 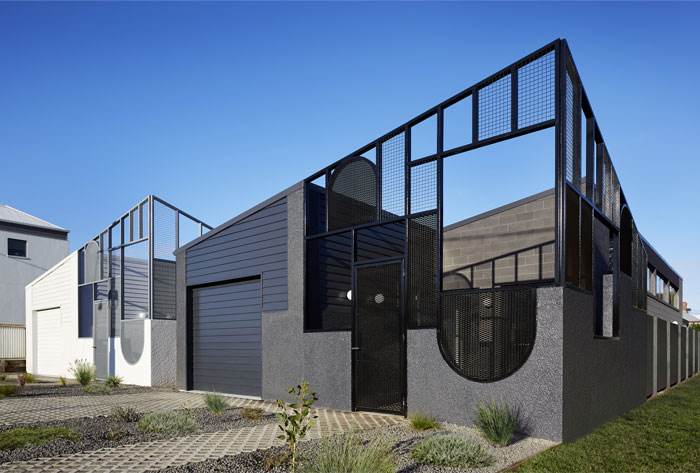 When Kristan Kirkpatrick purchased a block of land to build her family home on she had one very special request for the architects designing it. The mother-of-one wanted the property to bring her closer to the community at Port Fairy, south-western Victoria, and have the opportunity to speak with neighbours from her front yard. 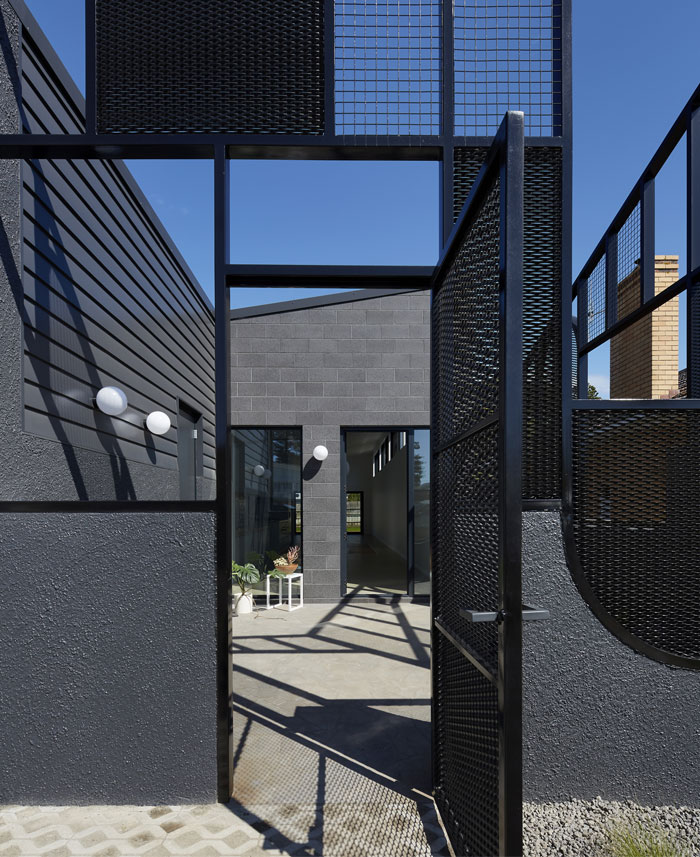 So she employed her brother Nick Braun, who is the director of Sibling Architecture, to build two houses – one to live in and the other to sell – that would ‘open up’ to the street. Having a veranda is key for social interaction but Nick and his team decided to create frontal courtyards, calling the project ‘Hello House’. 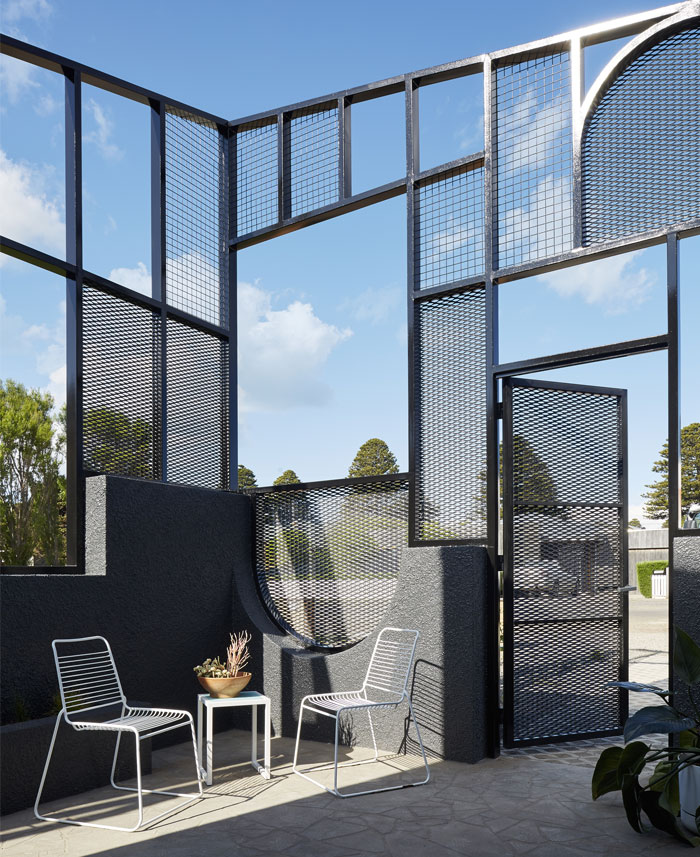 ‘The Victorian lattice-work is inspiration for the mesh screen that frames the front courtyard, which mediates between the house and the street while allowing for partial privacy to be maintained,’ the website read. ‘Archways that reference Victorian portico and doorway details punch through the screen to provide playful variation.’ 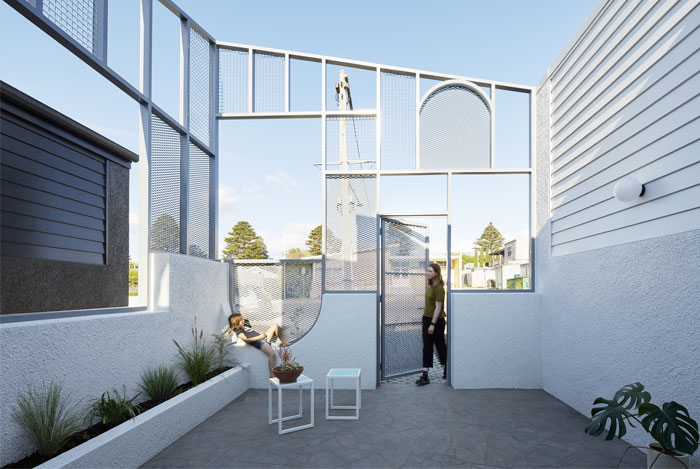 While the front is a feature all on its own, the inside is another work of art that lets in copious amount of light – another firm request by the family. ‘Inside beautiful light from the continuous north-facing highlight windows dances through the space all day long,’ Sibling Architecture said. ‘The kitchen becomes the central social space anchored between the open plan dining and living areas.’ 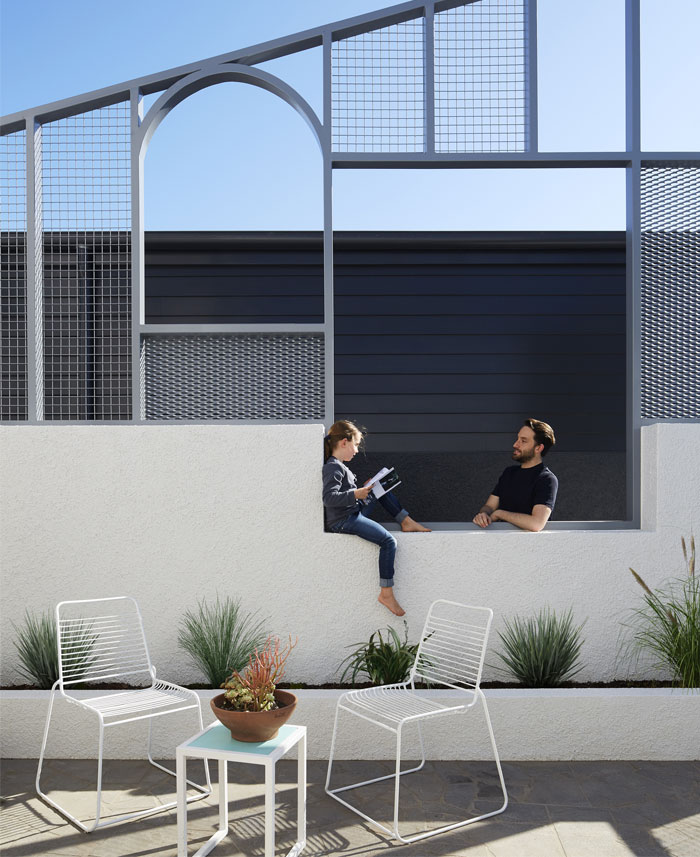 The mesh design from the courtyard continues with cupboards and storage areas throughout the house, intermingled with ocean blue colours and a statement orange bathroom sink. Kristan said working with her brother was easier in some ways because they could have ‘frank conversations’ about what she wanted without fear of offending anyone. But mostly she allowed the architects creative control and is impressed by the result. Source: DailyMail 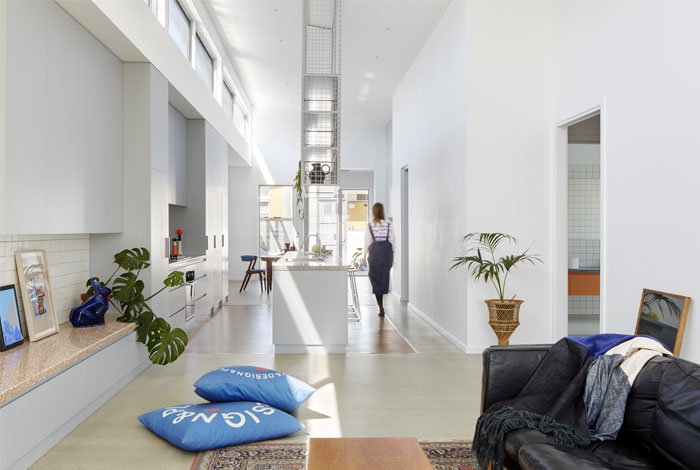 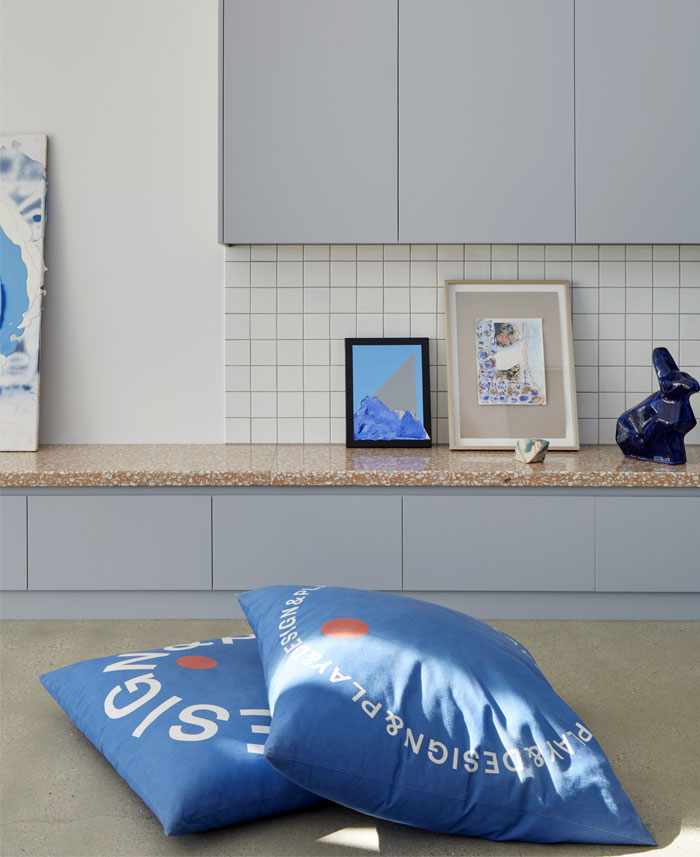 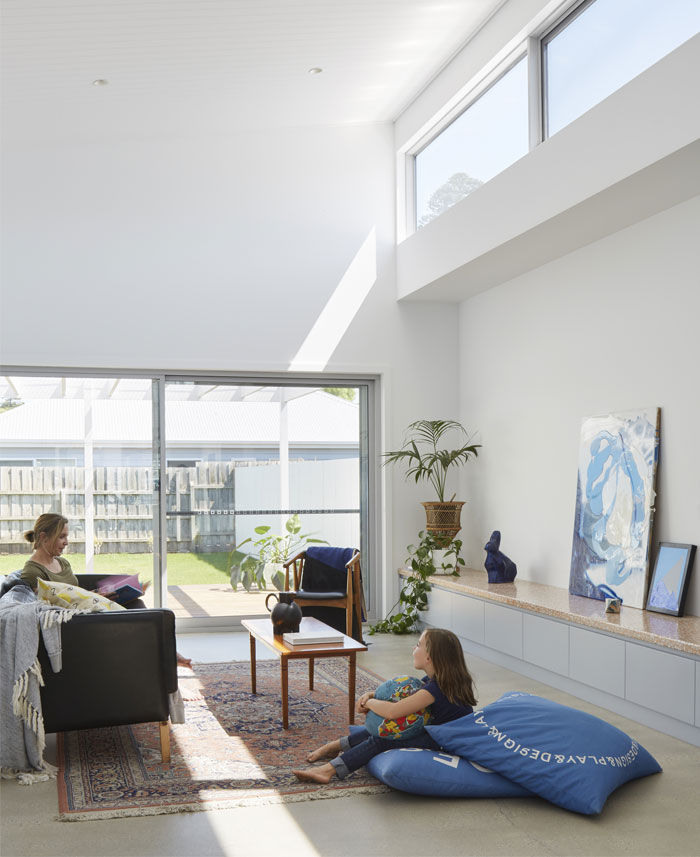 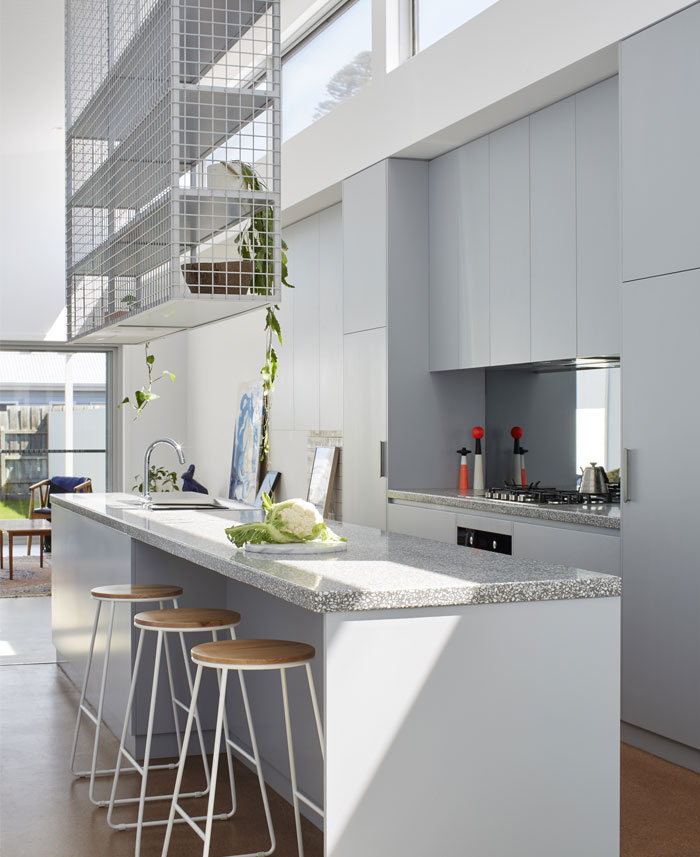 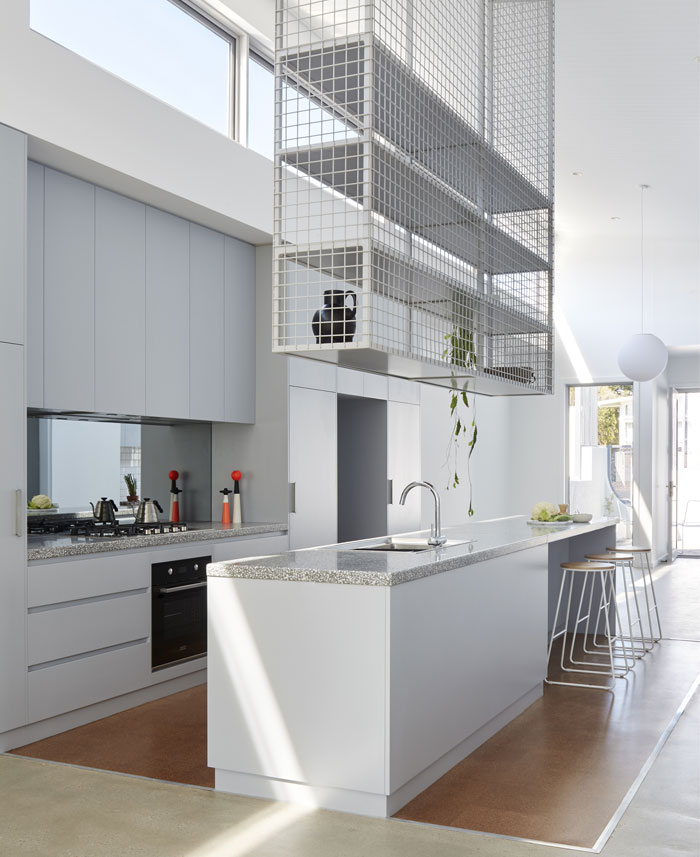 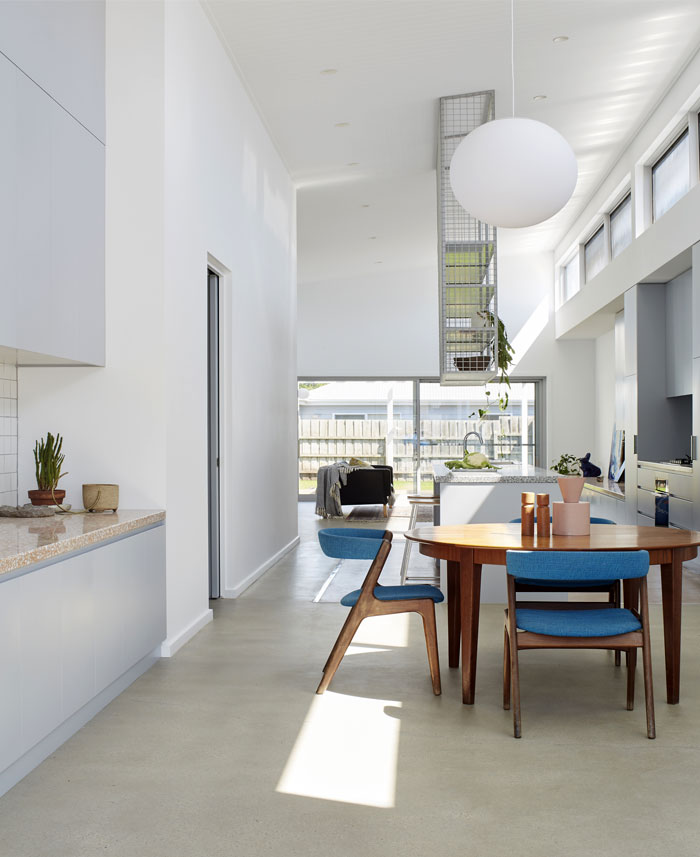 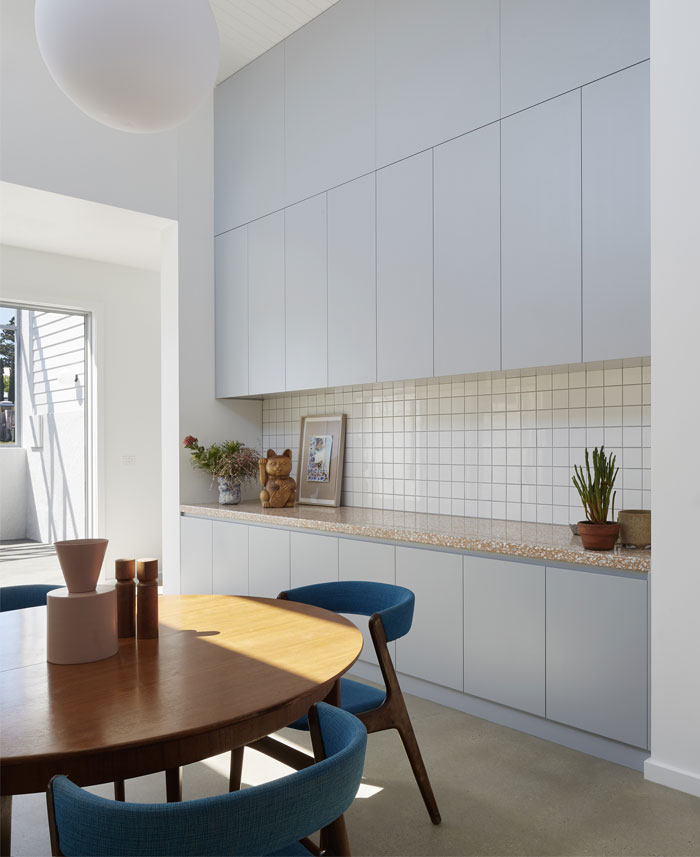 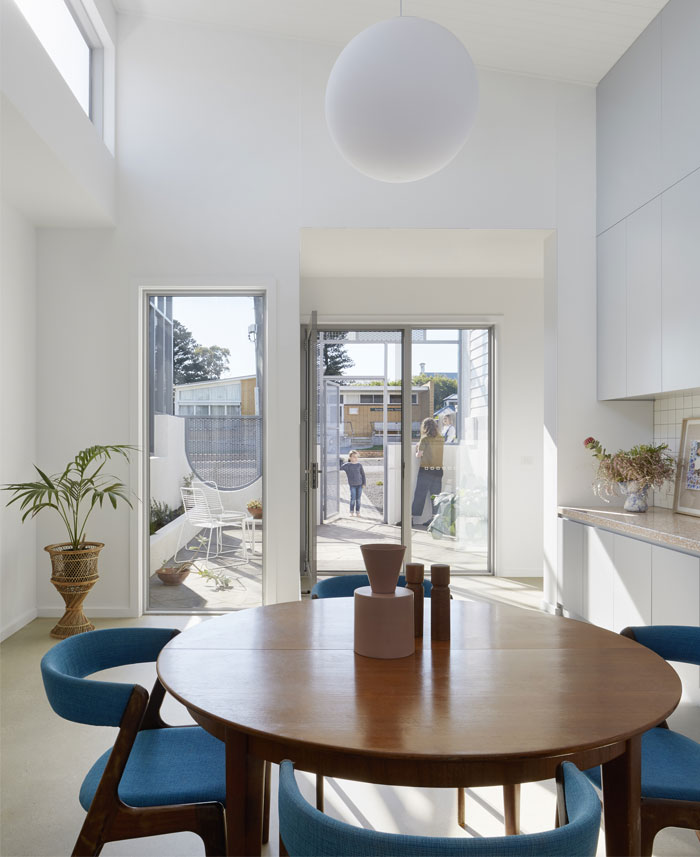 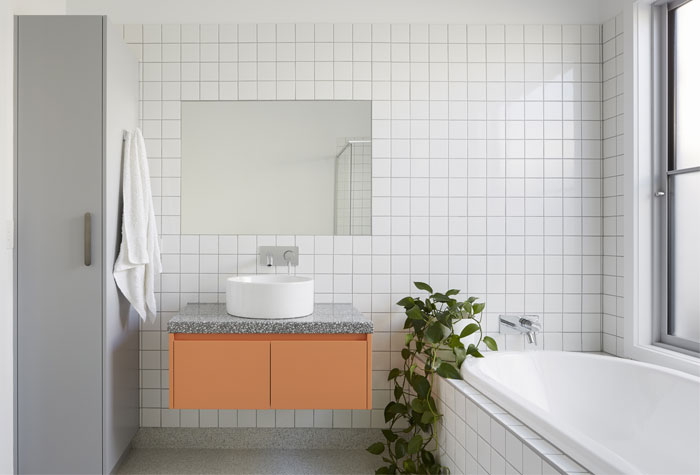 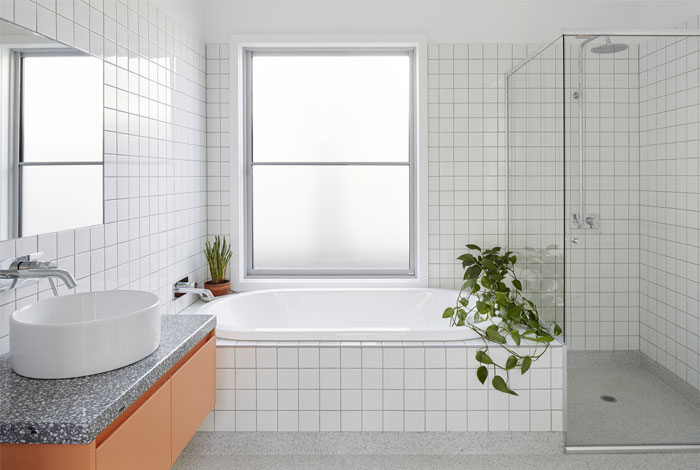