Local studio James Plumb has created PSLab’s London Headquarters out of a landscape of monolithic concrete plinths. The resulting workspace acts unlike a typical office or a showroom, but rather a home of collaboration and creative thinking. Quiet nooks, surrounded by potted plants and leafy vines that climb down from the ceiling create small enclaves within the expansive floor plan. 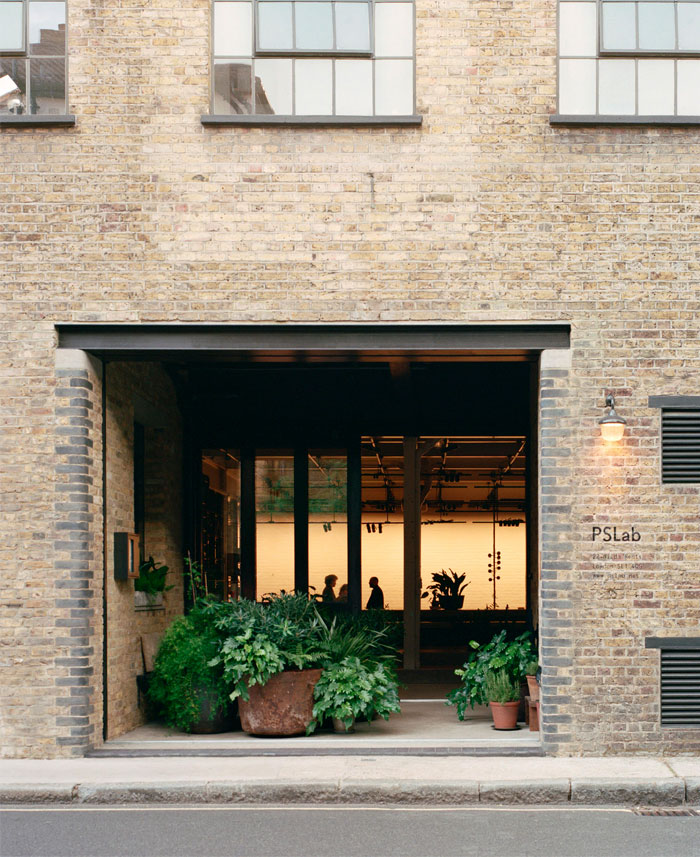 Soft light crawls in through large windows, creating cosy feels not usually associated with showrooms. The scheme distils the work of both spatial and lighting design studios, each space unfolding as an exploration of light and shadow. The result is a beautifully refined scheme where materiality, both of the building and the lighting mechanics, becomes the prominent voice. Not to mention this is one of the most enviable workspaces we’ve seen. For real. 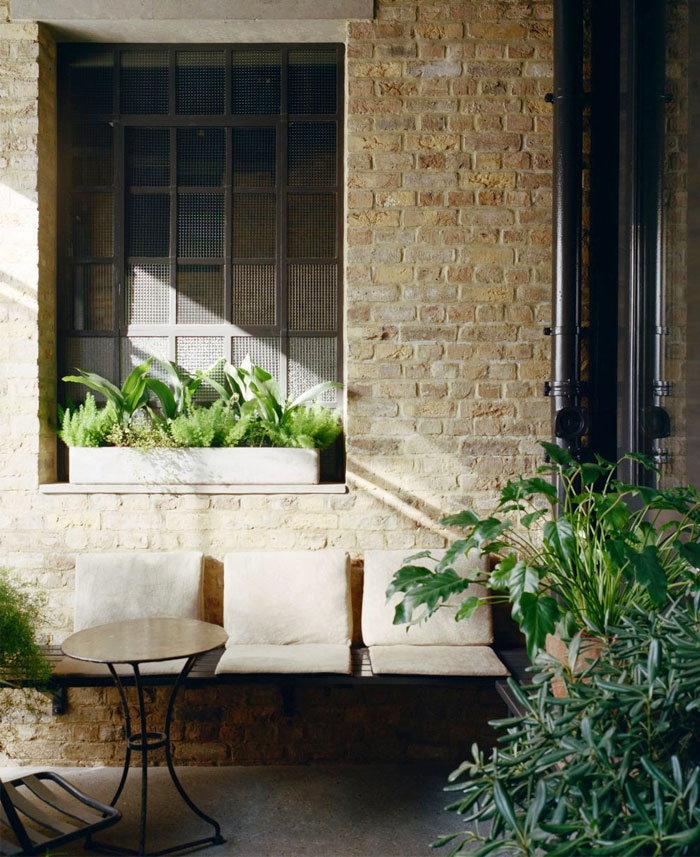 Exposed brick walls, steel columns, and a number of sunken pits are all that remains from the former Victorian Tannery building. The industrial heritage of the original shell has been exposed by stripped away unnecessary layers. The pits, once used to dye animal hides, become casual work zones and auditorium-style seating for events. Large amounts of concrete create different sized plinths, their volumes, despite obvious solidity and solid-nature, allow for fluid use. A bench becomes a floor, before morphing into a table, then a seat. 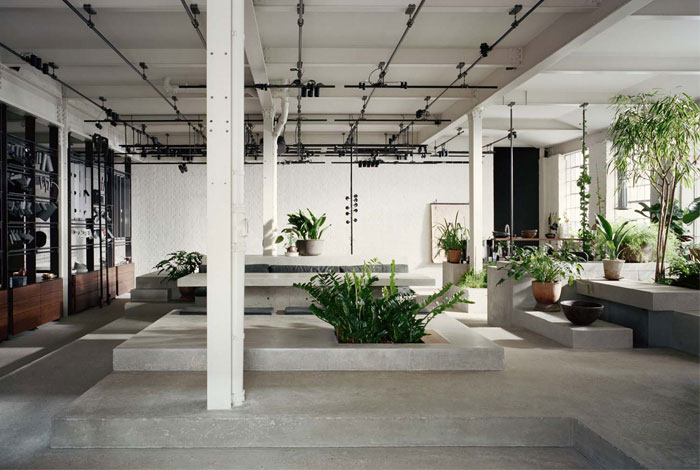 Each surface becomes tied not to a particular function but is free to be treated as needed. The designers have developed what they call “quiet brutalism” – creating something that is both “solid and permanent, yet inviting to inhabit.” According to JamesPlumb, “textures, deliberate imperfections and intentional subtle misalignments” combine to bring a softer, more human feel to the harshness of concrete. 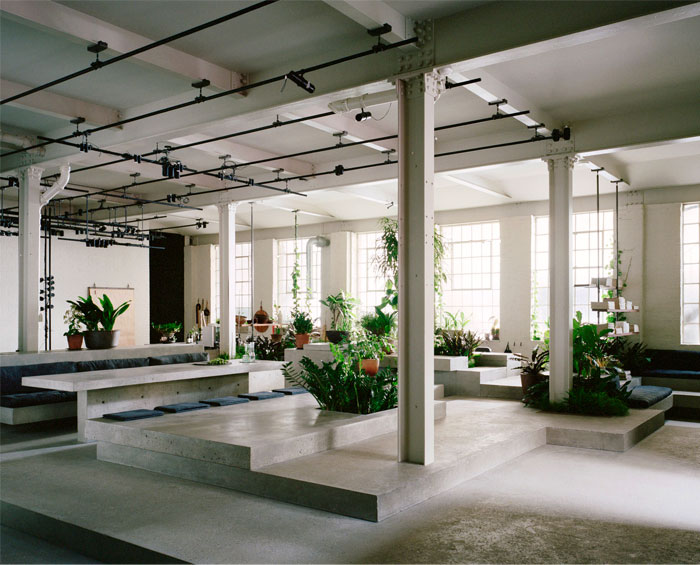 The collaboration between JamesPlumb and PSLab is tied with mutual respect for each studio’s creative practice. This relationship allowed for seamless integration of architecture and lighting design, creating an interior that feel so much more than one that simply houses the clients’ products. 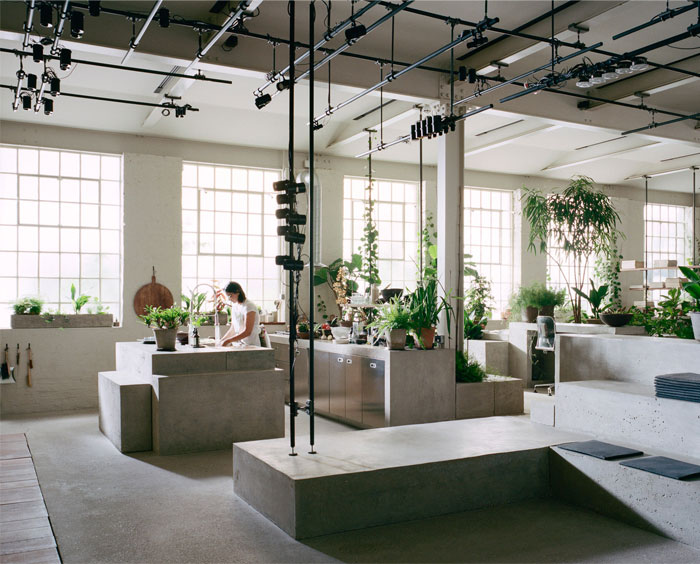 JamesPlumb managed to perfectly capture a delicate balance between the technical and the emotional elements that exist within PSLab’s creative practice. They delivered a pitch-perfect raw and robust, yet warm and inviting home, within the shell of an old industrial London building. Massive respect. Source: Yellowtrace; 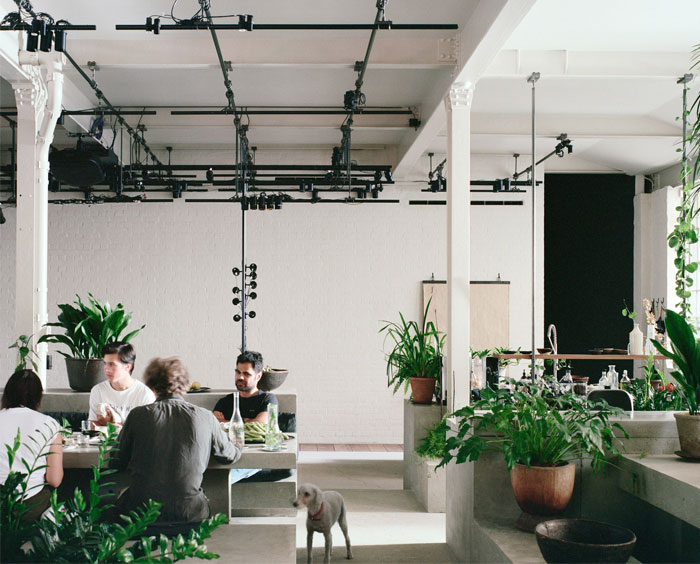 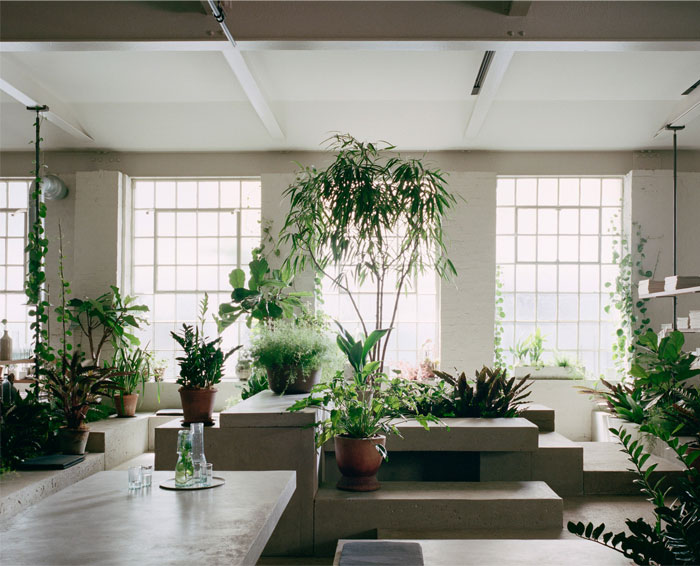 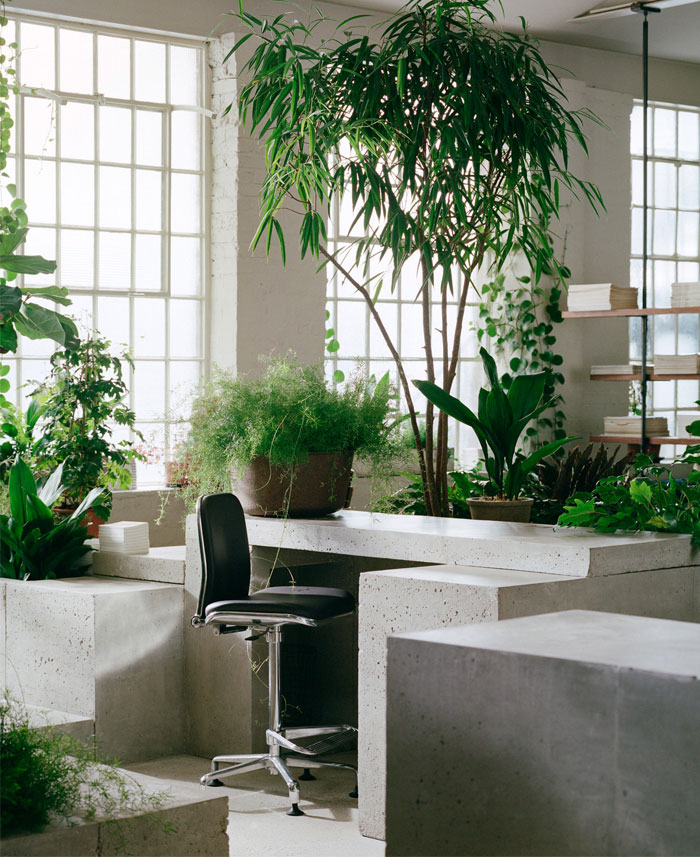 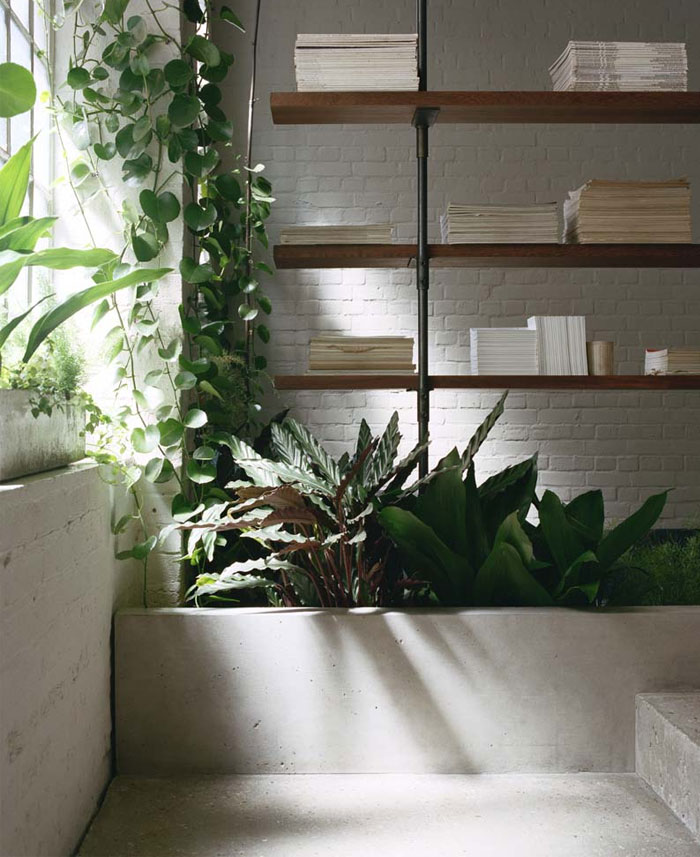 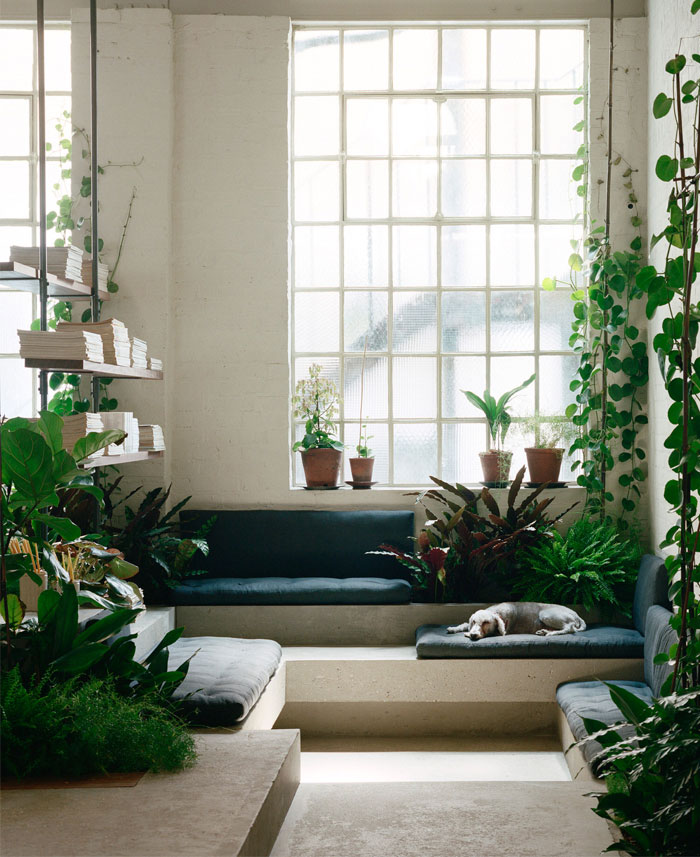 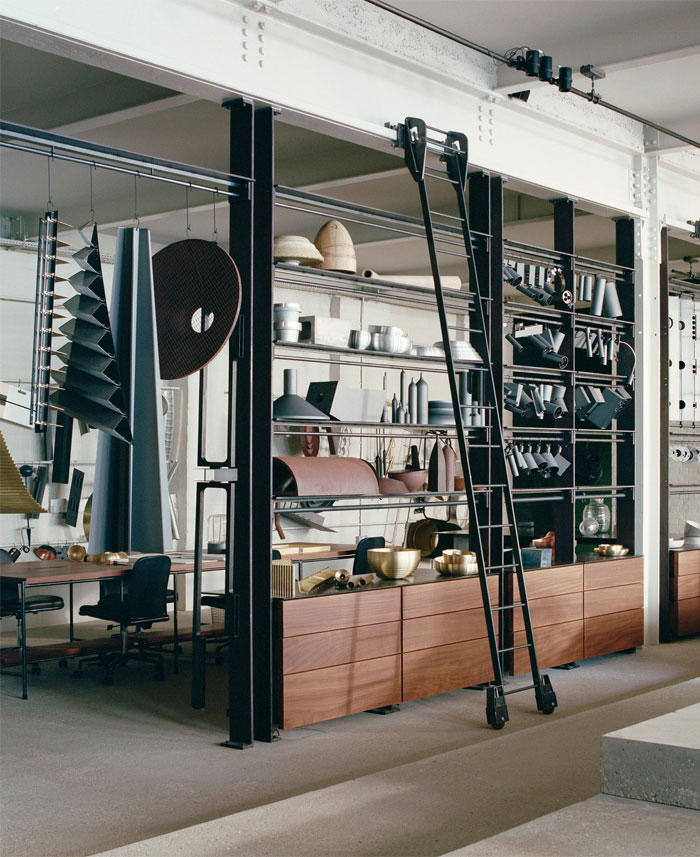 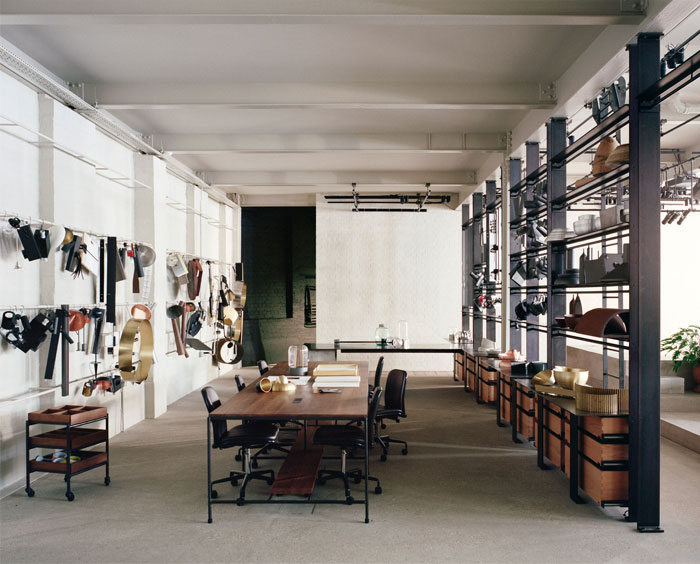 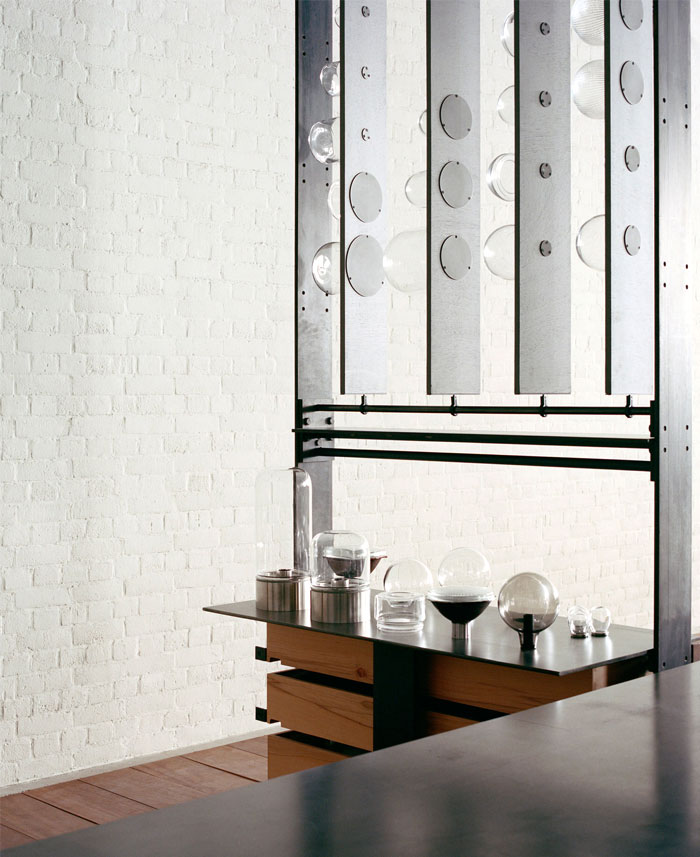 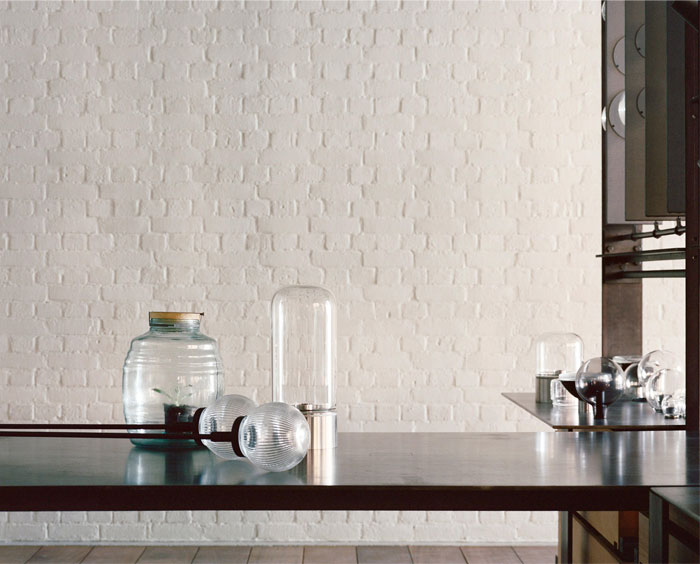 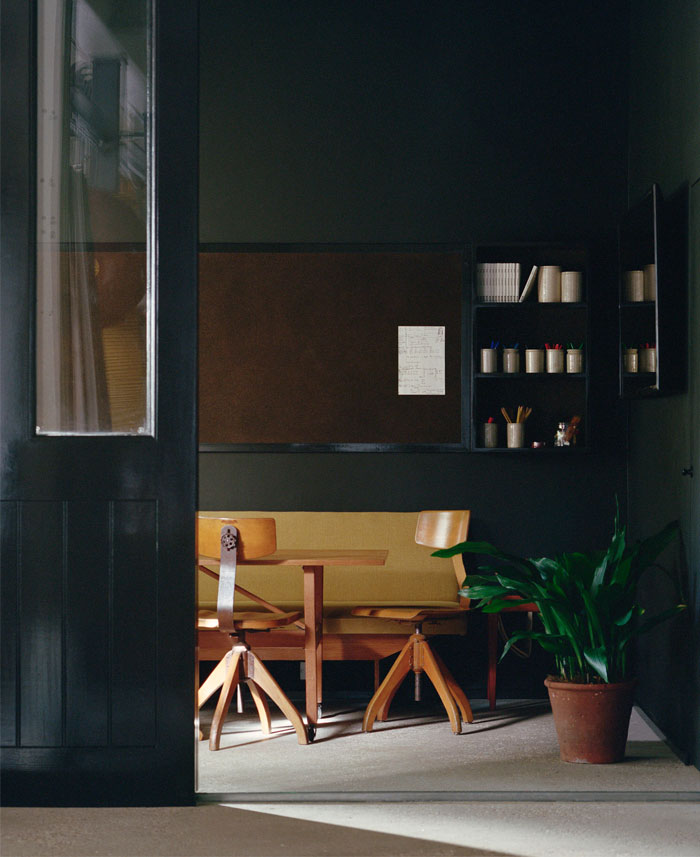