The New York Apartment’s project, located in the city of São Paulo – Brazil, is the result of a creative process that took into account important conditions. The family, consisting of a couple and two young daughters, before moving to this apartment, lived in the Netherlands for 8 years. Thus, constant references to Dutch culture and design permeated the composition process, so that the family would continue to identify with its own home. In addition, we considered the specific logistics of the four residents’ routine, categorizing the spaces according to the real needs of each one. Exclusive suites, one office and a playroom arose because of that. 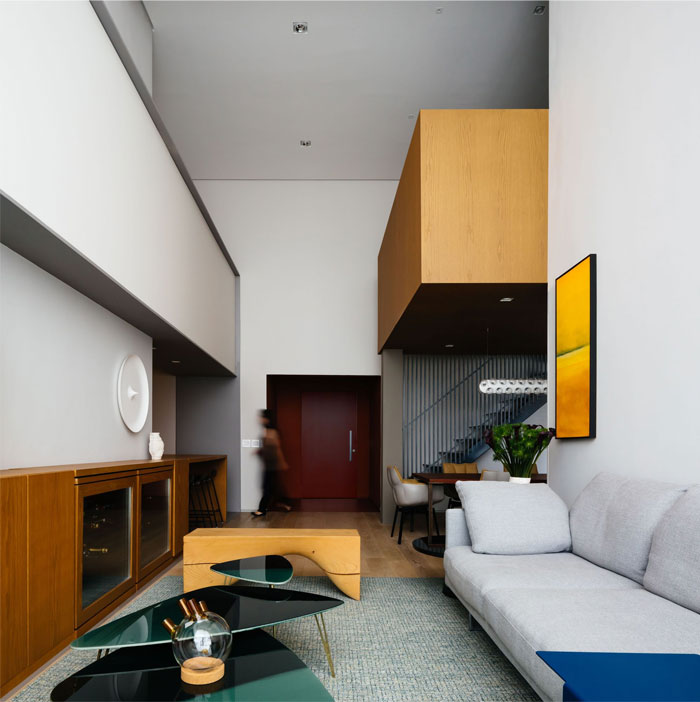 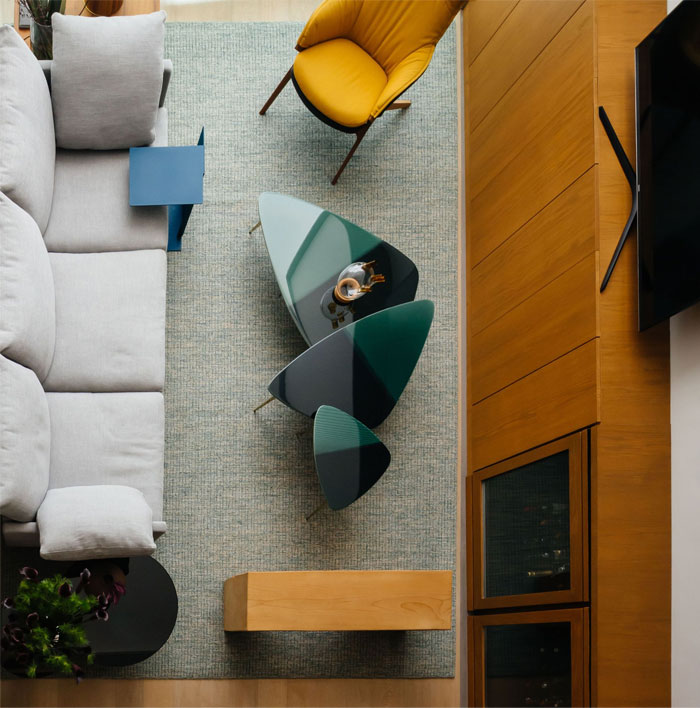 The formal and chromatic composition brought together areas with the same use, generating four programmatic boxes, within the single space with double height ceiling. This concept can be seen in the schemes that follow this memorial. The first box consists of the entrance hall and access to the toilet. The ruby color highlights this space that works as a break between inside and outside the apartment. 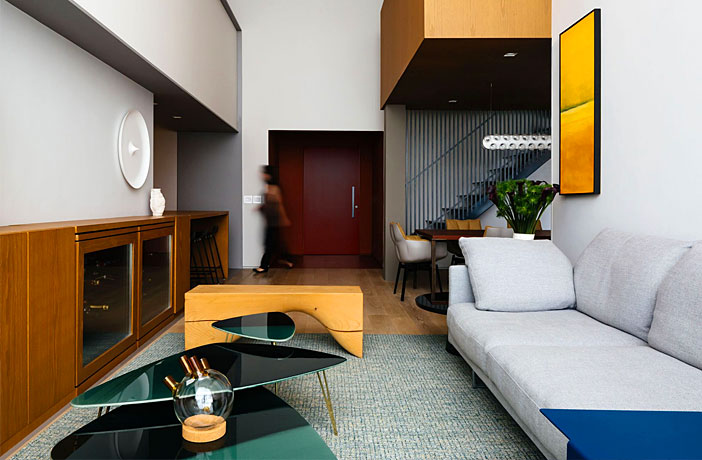 In front of the elevator, we exposed the couple’s collection of Dutch miniatures, so that right at the entrance, there is a connection with the family’s affective memory. The second box consists of the table that separates the kitchen from the living room, a large piece of furniture that received tensoflex as a lighting device that simulates the sunrise and sunset light, through the dimming of the LEDs. Through this warm and changeable light, we managed to change the atmosphere of the apartment’s integrated and single space. 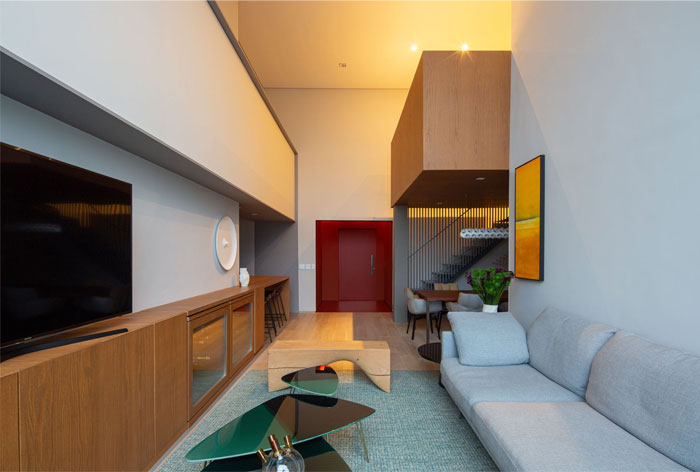 The third box is the mezzanine that houses the office and the fourth box is the bookcase of the playroom. The materials follow the same color palette. The use of light wood tones was the artifice that brought us closer to the initial references. 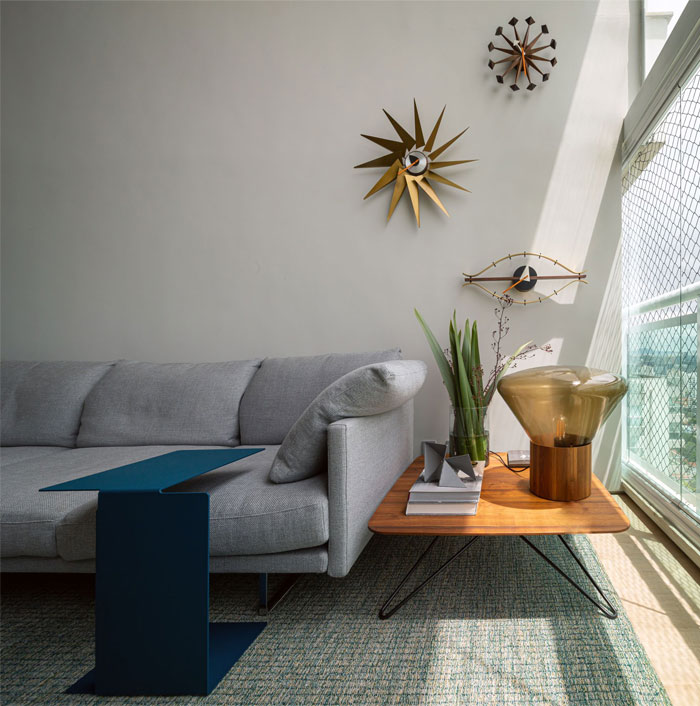 The furniture was brought from the Netherlands, with some pieces developed by FCstudio, which also designed the joinery. The design of the New York Apartment translated the family’s emotional desires into interior design, at the same time considering its necessary and particular functionality. 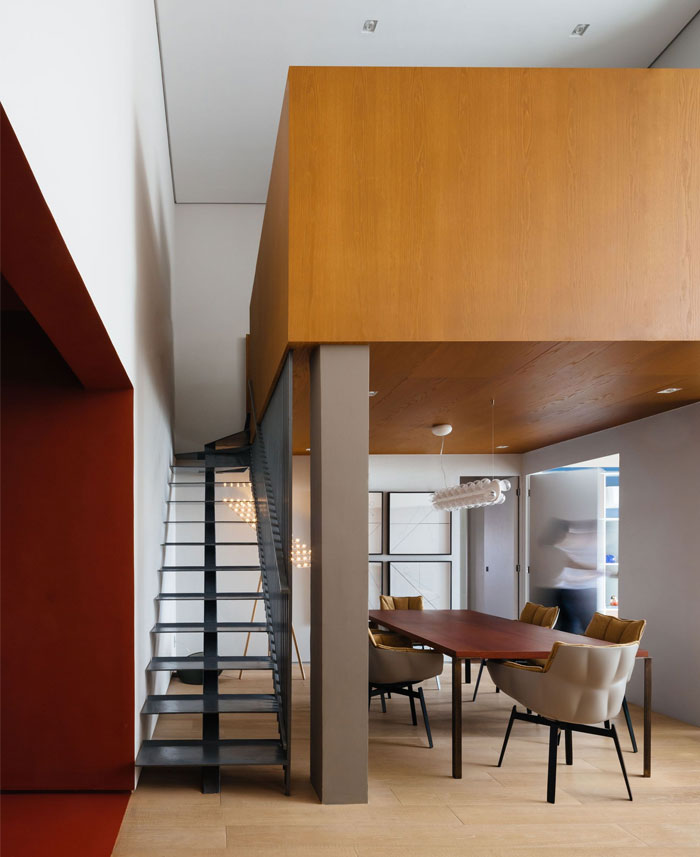 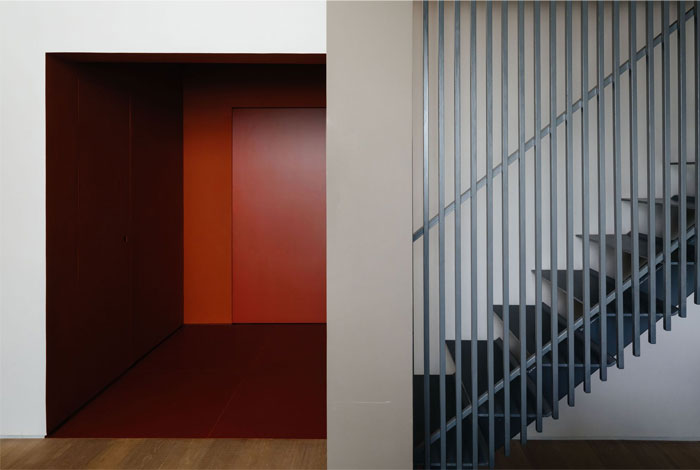 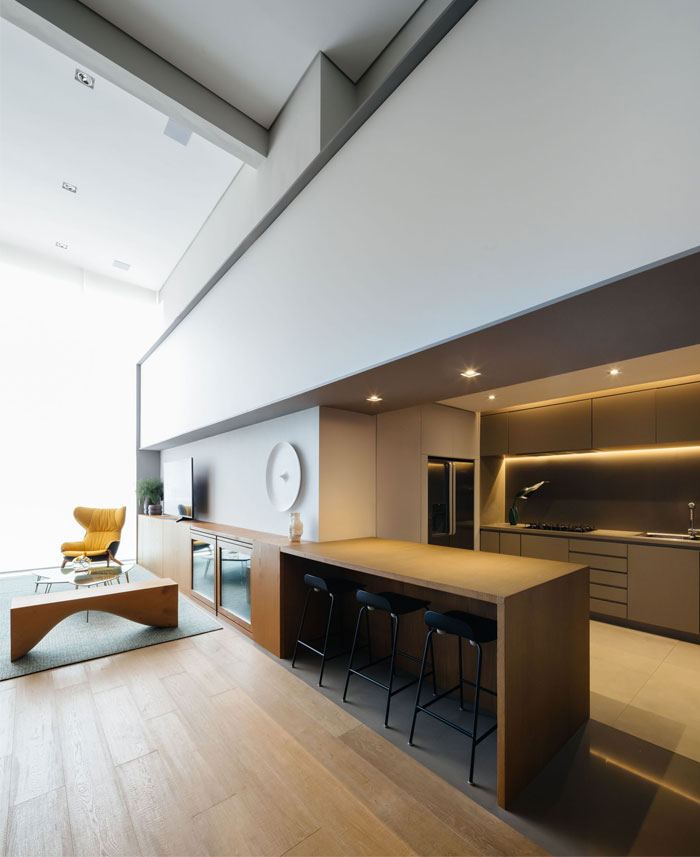 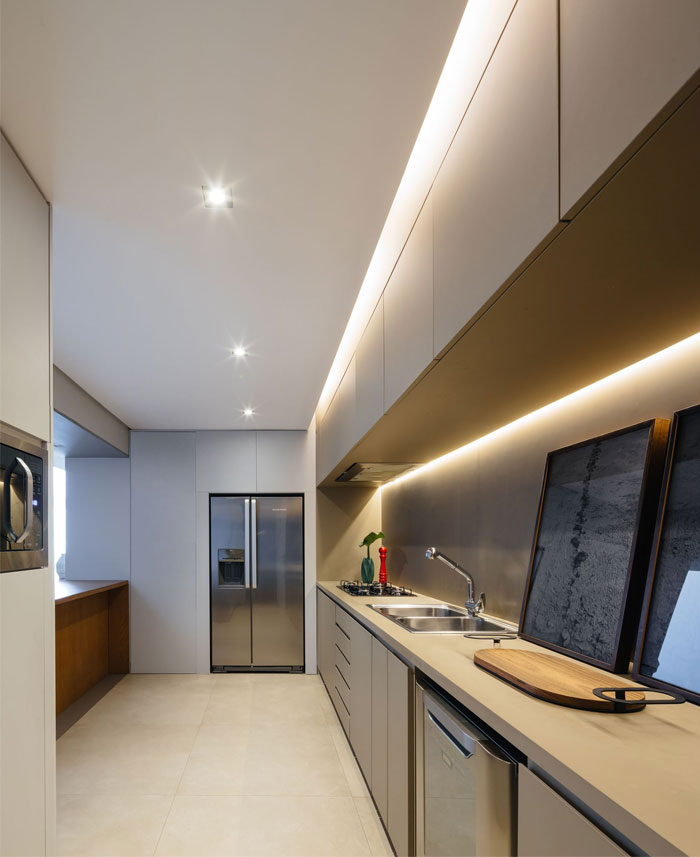 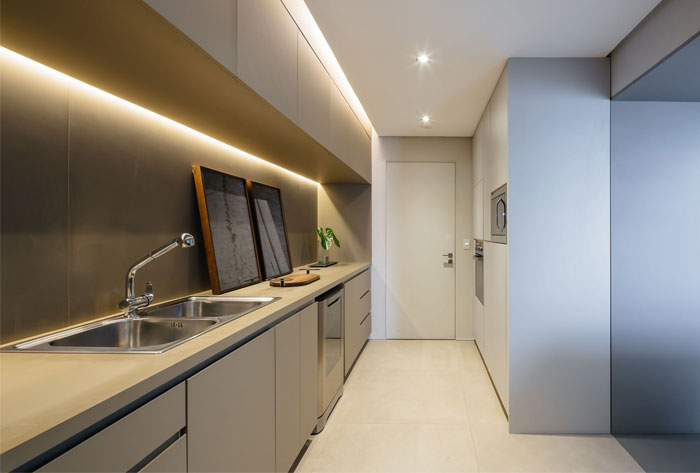 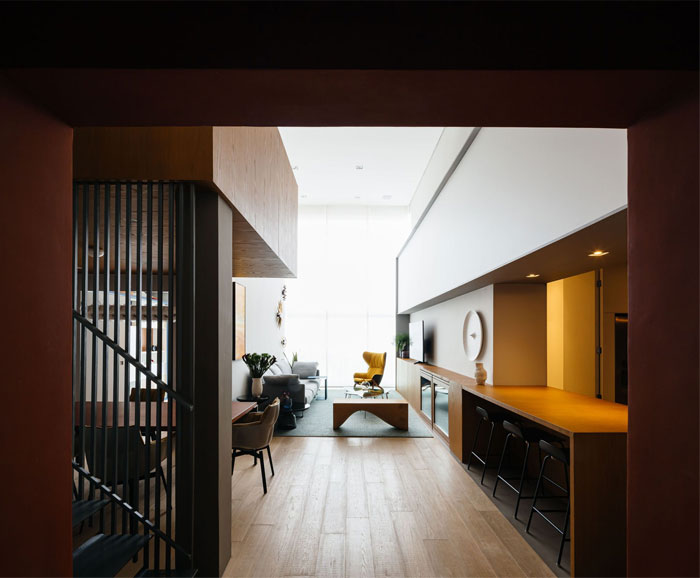 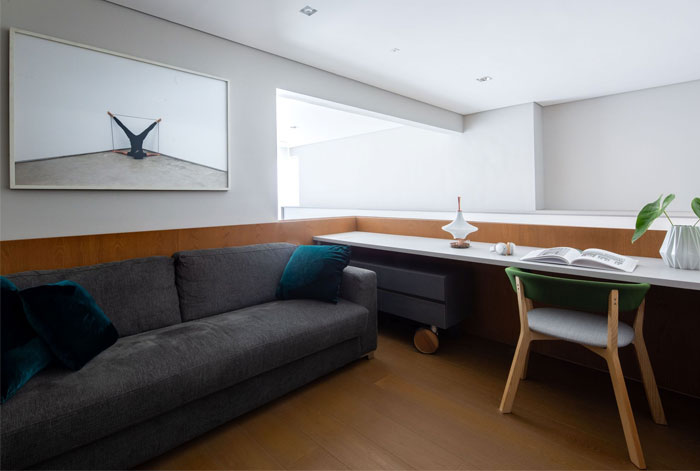 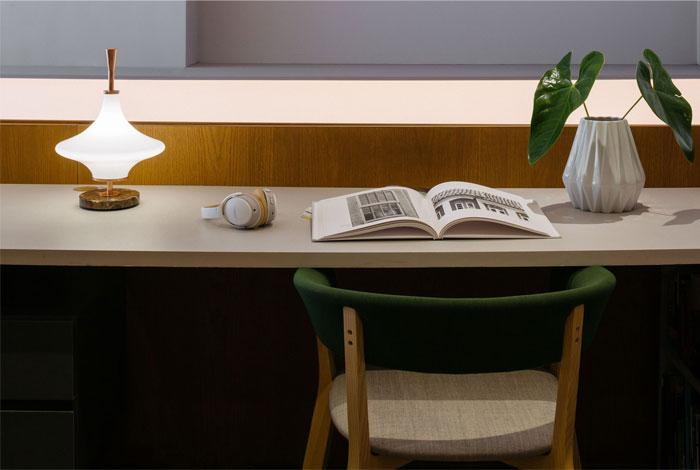 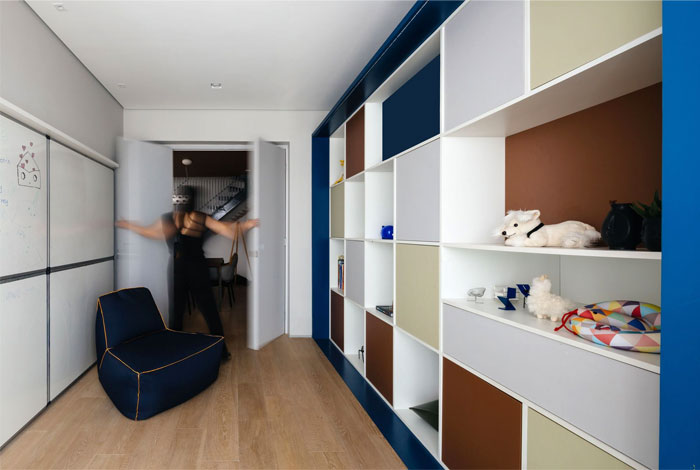 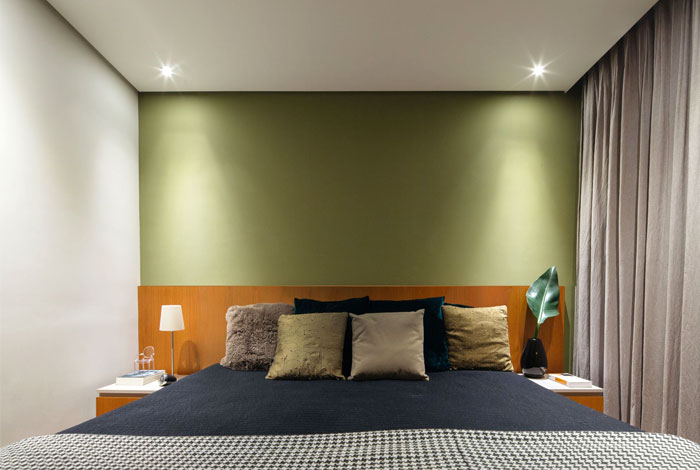