Along a long, narrow lot in Mexico city, Mexico-based design studio PPAA / Pérez Palacios Arquitectos Asociados introduces a townhouse-style residence occupied by two units, entitled ‘Pachuca.’ The boundaries of the plot are not typically suited for a conventional apartment scheme were only one apartment could have a private exterior space. With this site-specific restriction, the design team organizes the residential project between two independent households similar to a townhouse. 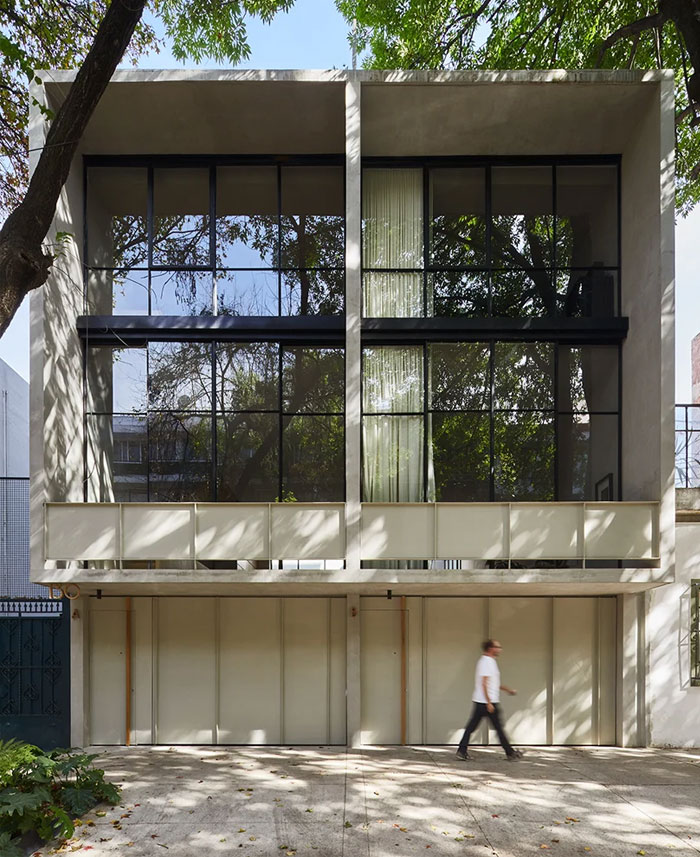 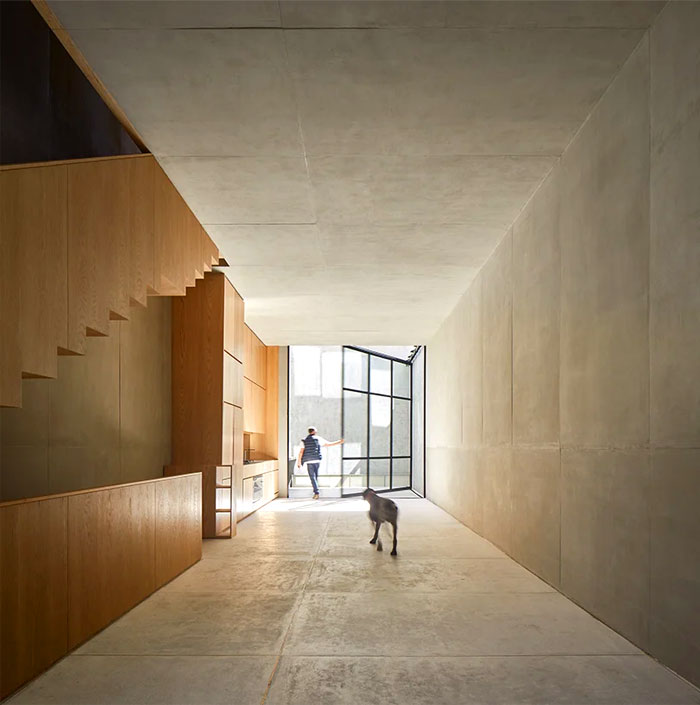 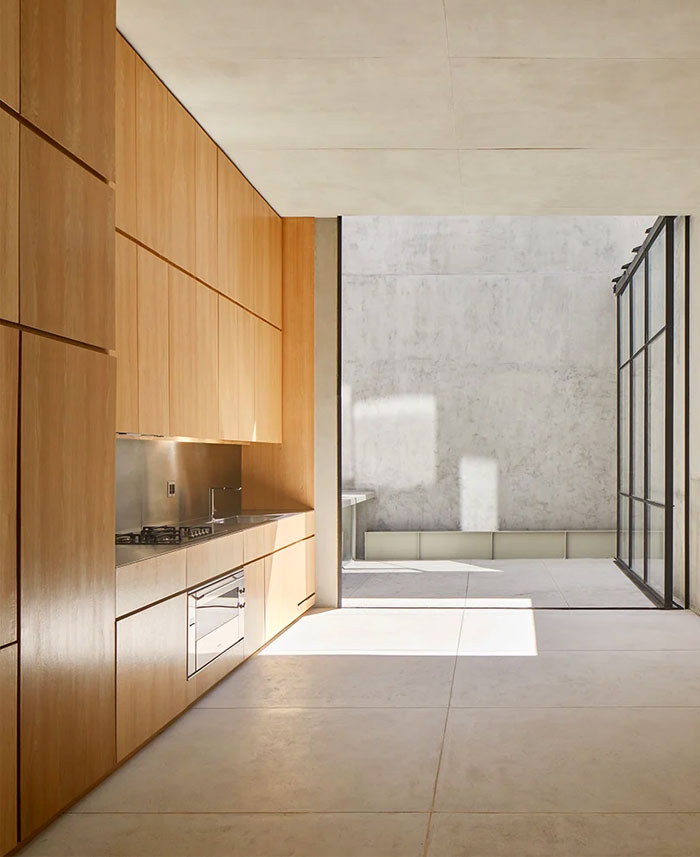 PPAA / Pérez Palacios Arquitectos Asociados divides the narrow volume of ‘Pachuca’ between two residential units, leaving each house with a facade measuring only thirteen feet. With this condition, the team faces a challenging programmatic layout during the design process, and ultimately transforms this challenge into a unique, thoughtfully organized space. Taking advantage of the east-west orientation of the plot, the design team arranges a collection of stacking volumes that receive light and ventilation both from the street toward the front and from a private patio toward the back. 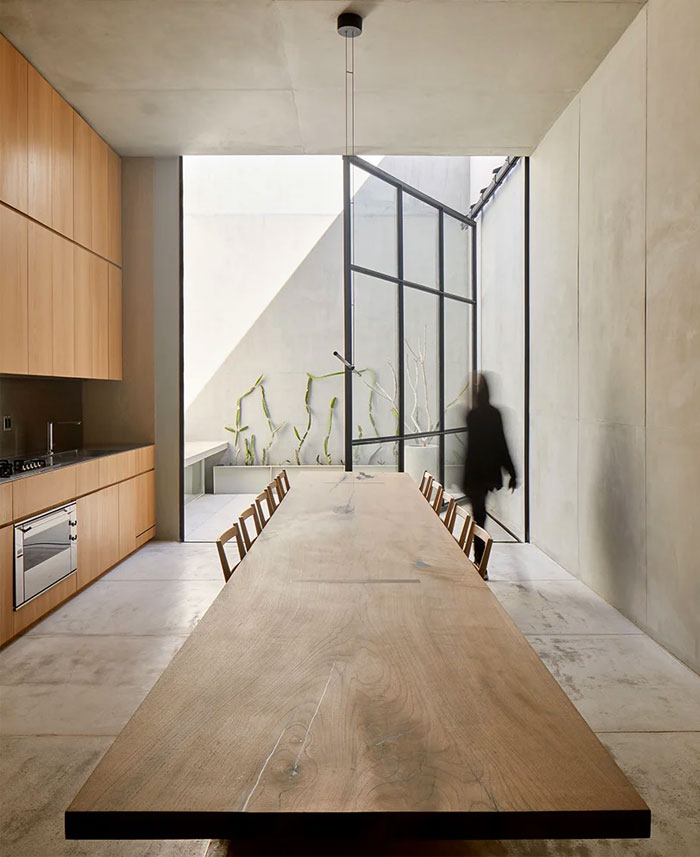 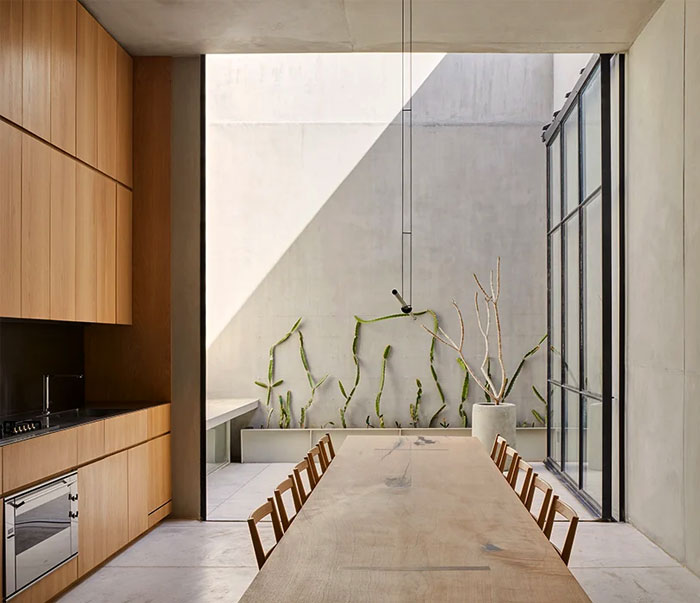 The design team at PPAA expresses the circulatory core of the house as a sculptural timber element, exaggerated by the raw concrete structure. While the construction is supported solely by three concrete walls and three slabs, the rest of the interior elements are not load bearing and are finished in light wood. The volume is built of a heavy exposed concrete but is left with an atmosphere of breezy lightness as it is enclosed with a series of full height window fixtures. the team introduces a massive patio window which opens entirely to eliminate the boundary between the interior and exterior. 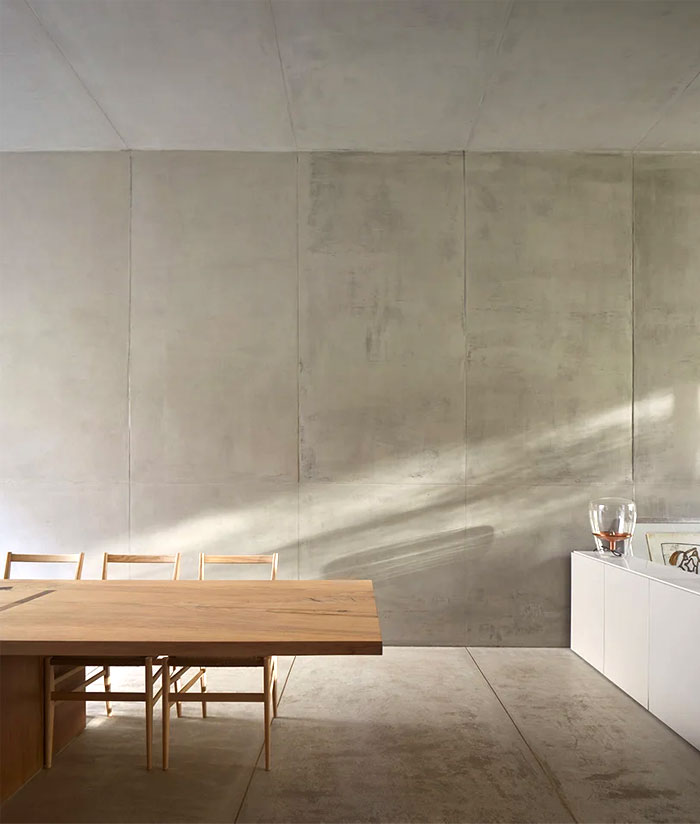 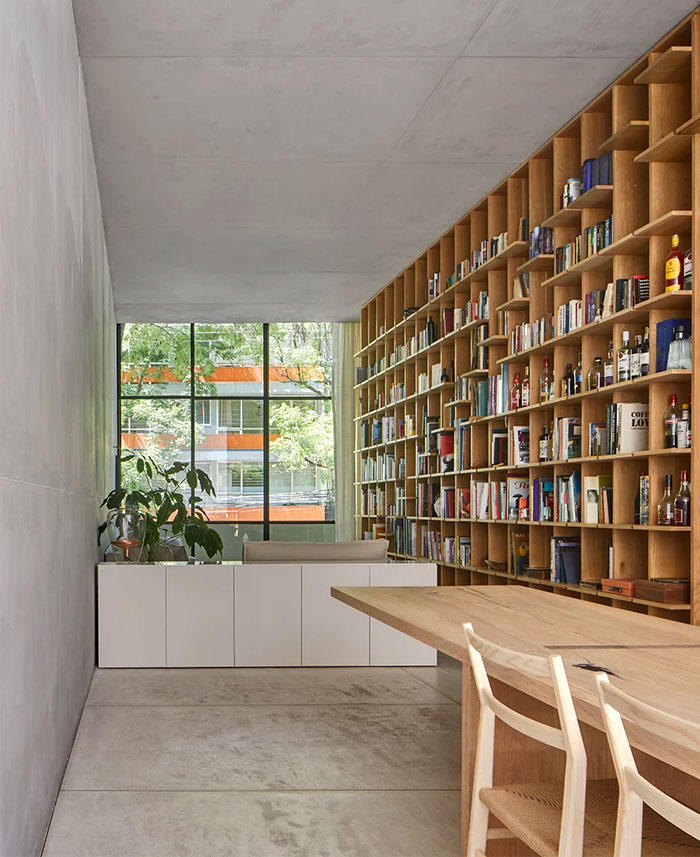 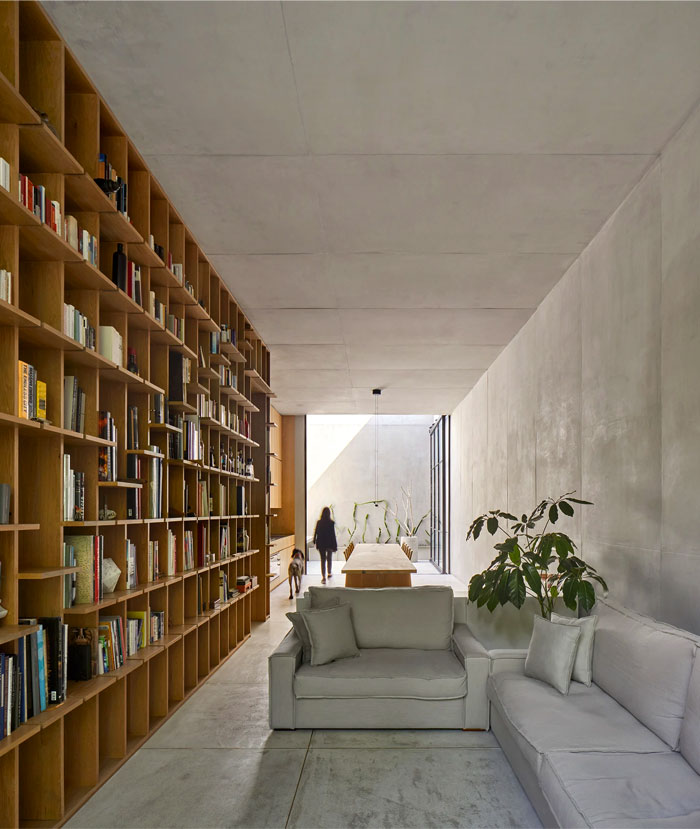 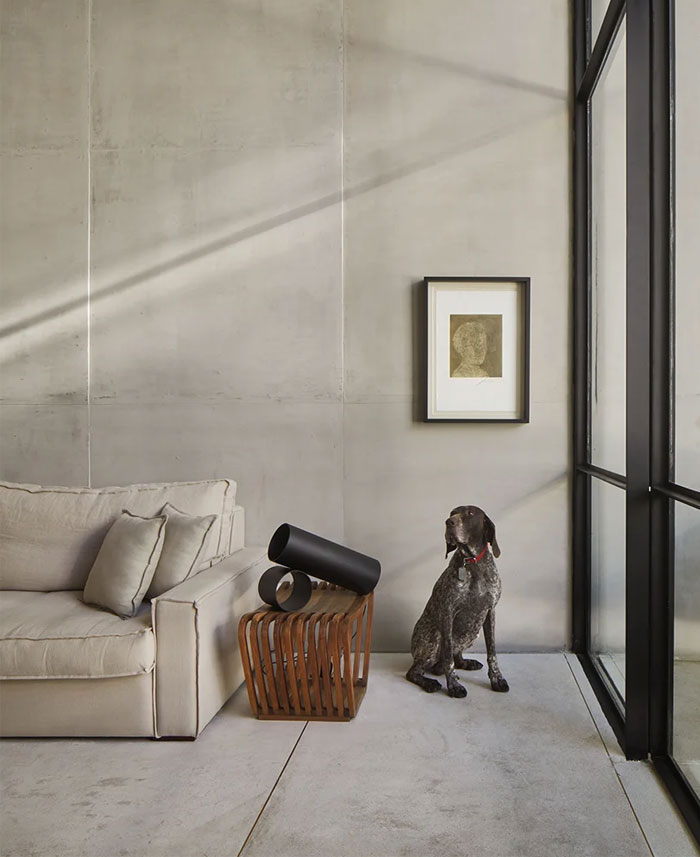 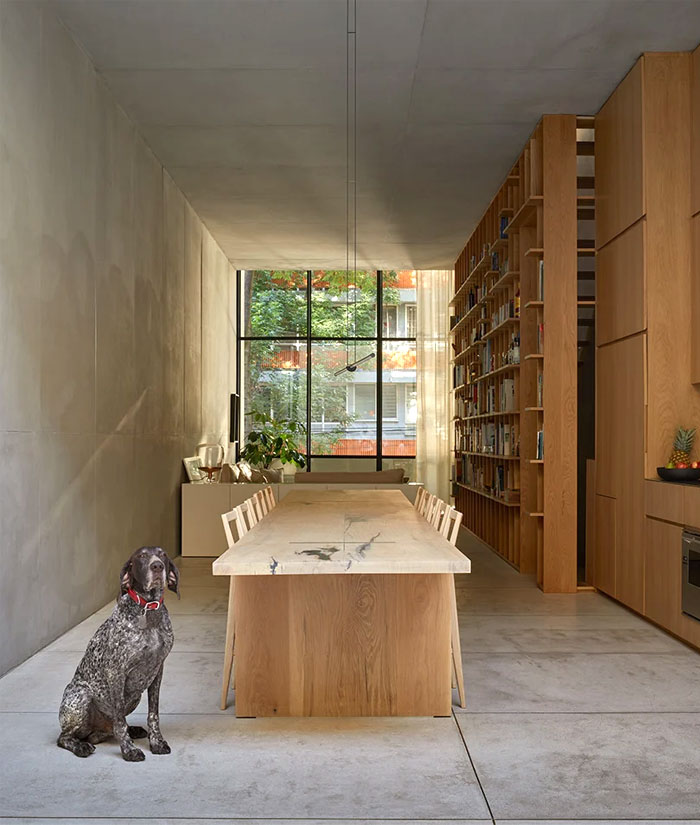 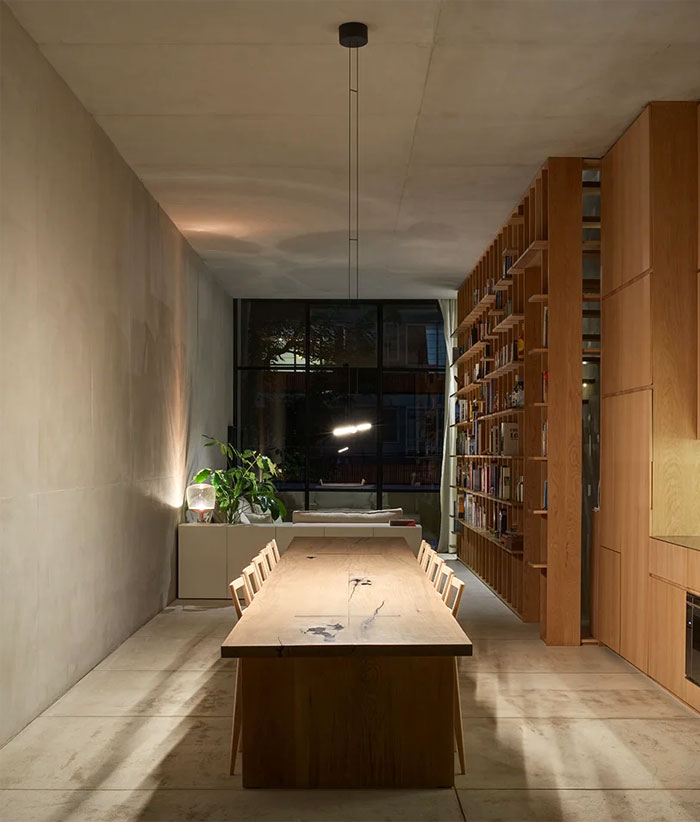