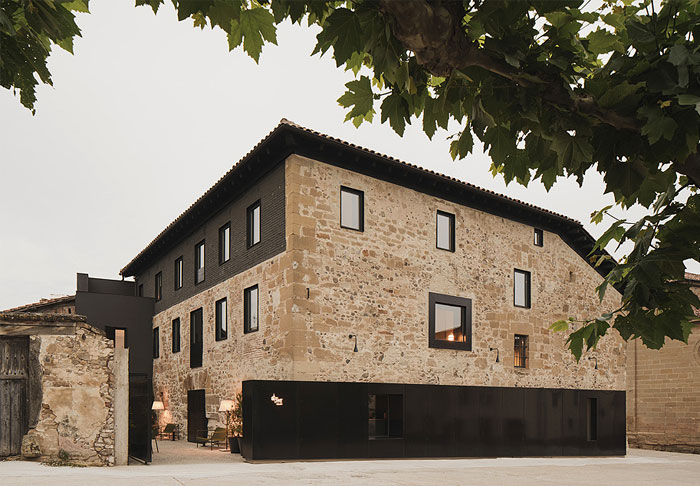 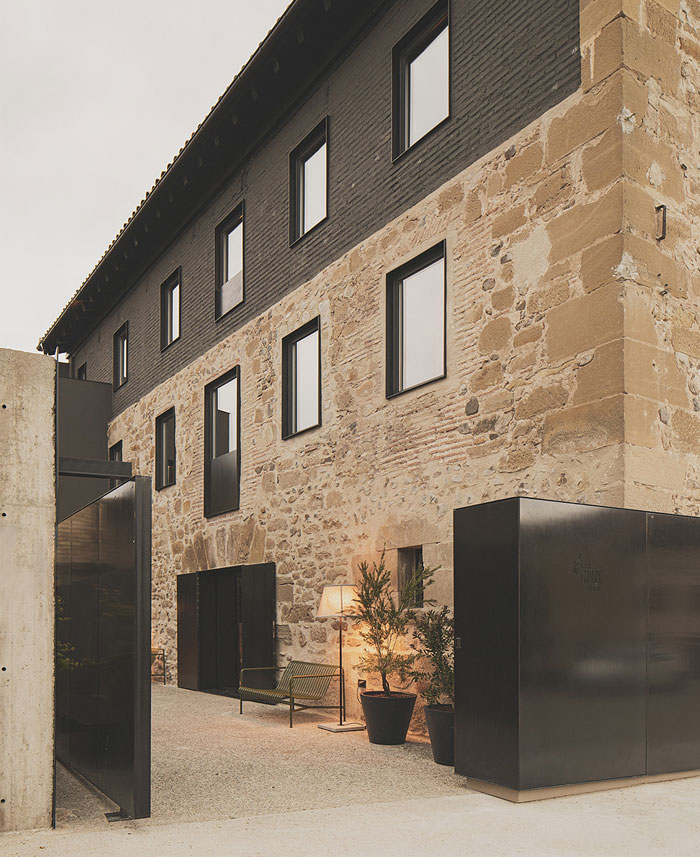 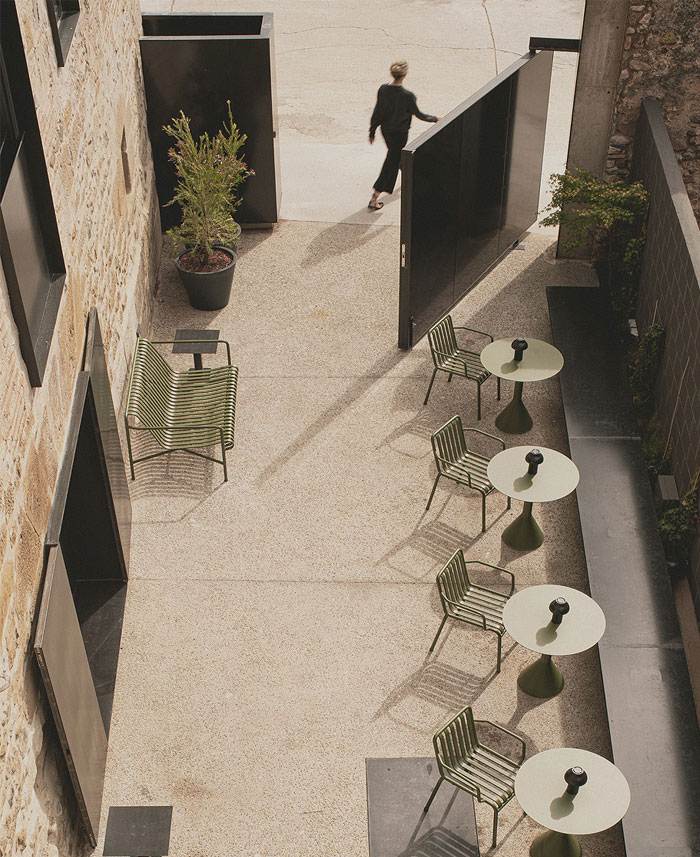 The hotel’s owners – a couple with two daughters – moved to the area from a busy tourist town on Spain’s Costa Brava, having grown tired of their hectic lifestyles. They had the idea to open Casa Grande Hotel when they came across a vacant 18th-century manor house. Barcelona-based Francesc Rifé Studio was tasked with creating the hotel’s 11 intimate guest rooms and communal spaces. 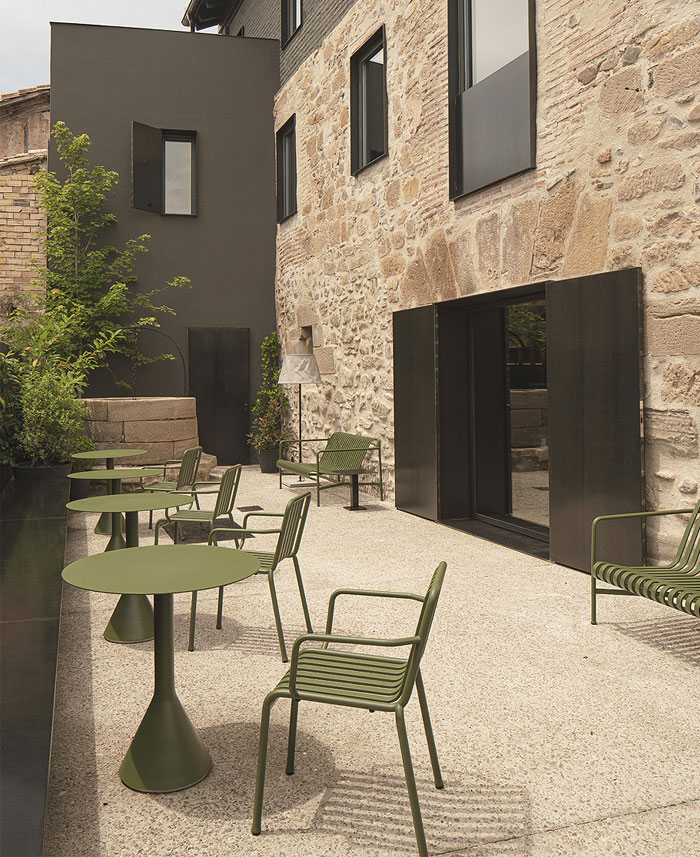 The studio decided to work with a “sober” palette of colours and materials that would “coexist with the story of the building peacefully” and draw attention to its historic features. “I think dark tones are always quieter and calmer than light colours and this project is asking to pause and breathe,” Francesc Rifé told Dezeen. “The new materials had to offer this aesthetic vision.” 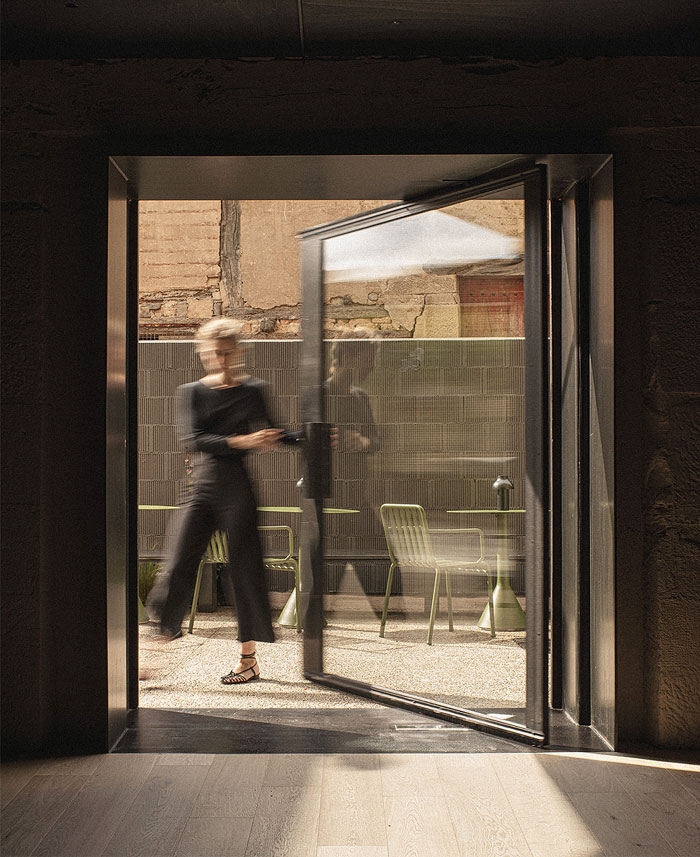 “There is nothing more gratifying and beautiful than deconstructing a forgotten building to recover the history that underlies it.” One of the building’s key historic features is its ashlar walls – a style of masonry that uses large, square-cut stones. 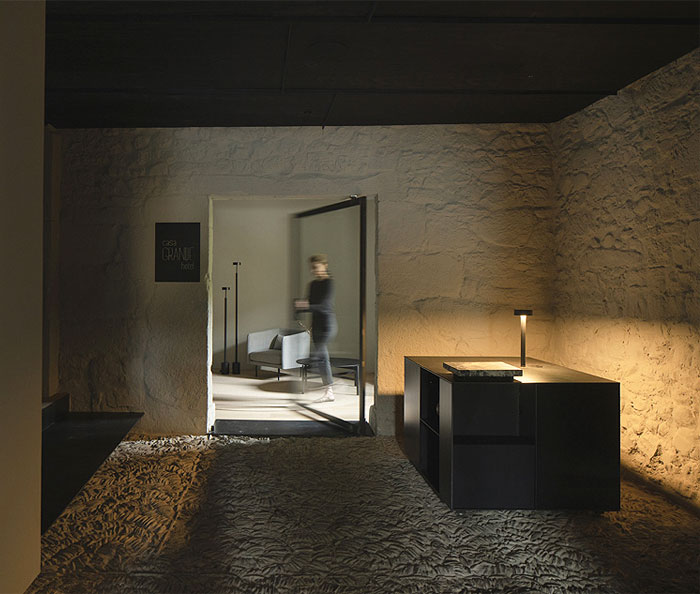 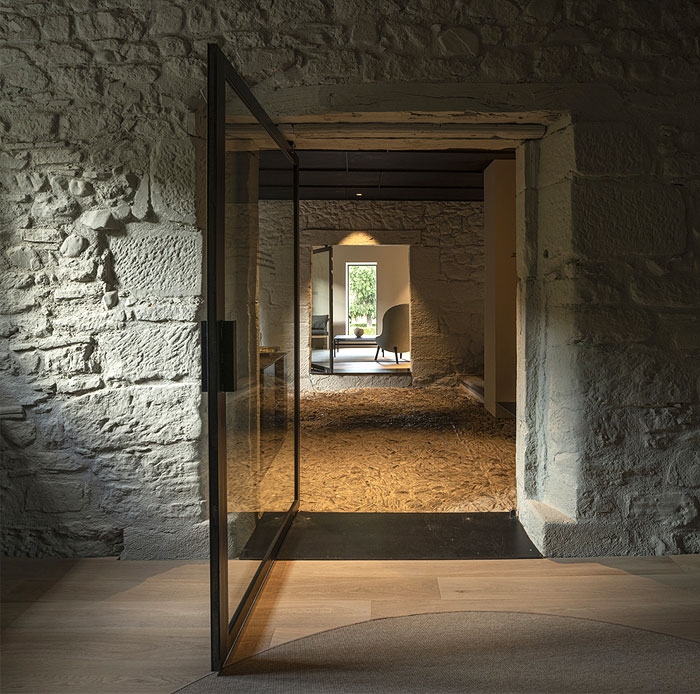 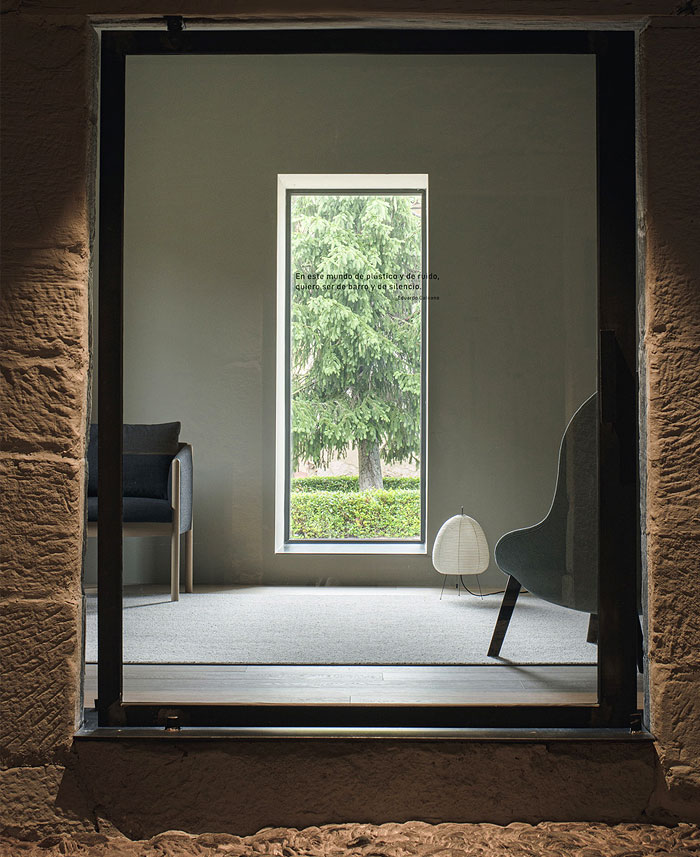 These walls have been left exposed throughout Casa Grande Hotel’s ground-floor interior, freshened up with a coat of light-grey paint. “This technique also aims to provide a certain luminosity to rooms where the thickness of the walls often does not help the entry of natural light,” the studio explained. 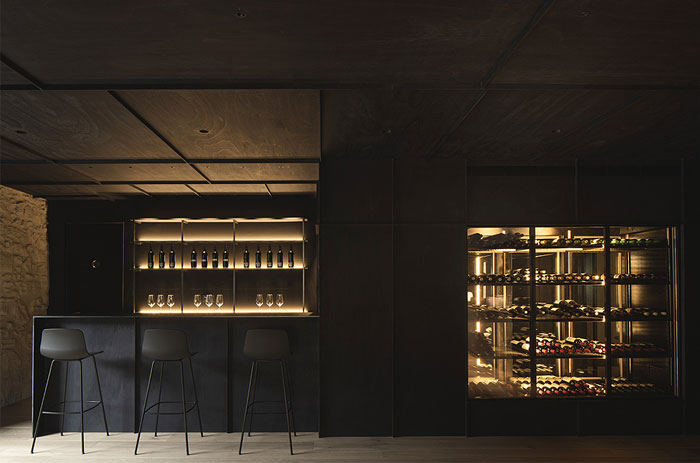 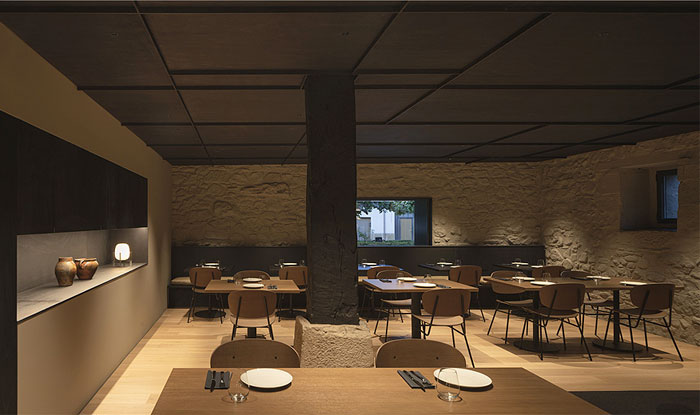 In the hotel’s restaurant, which serves dishes inspired by La Rioja’s regional cuisine, the brick walls have been paired with natural oak floors. Wooden dining tables and chairs have been dotted across the room. Nearby is a moody drinks area, where almost every surface – including the bar counter – has been lined with jet-black poplar wood. One wall is punctuated with a dramatically backlit wine cabinet. 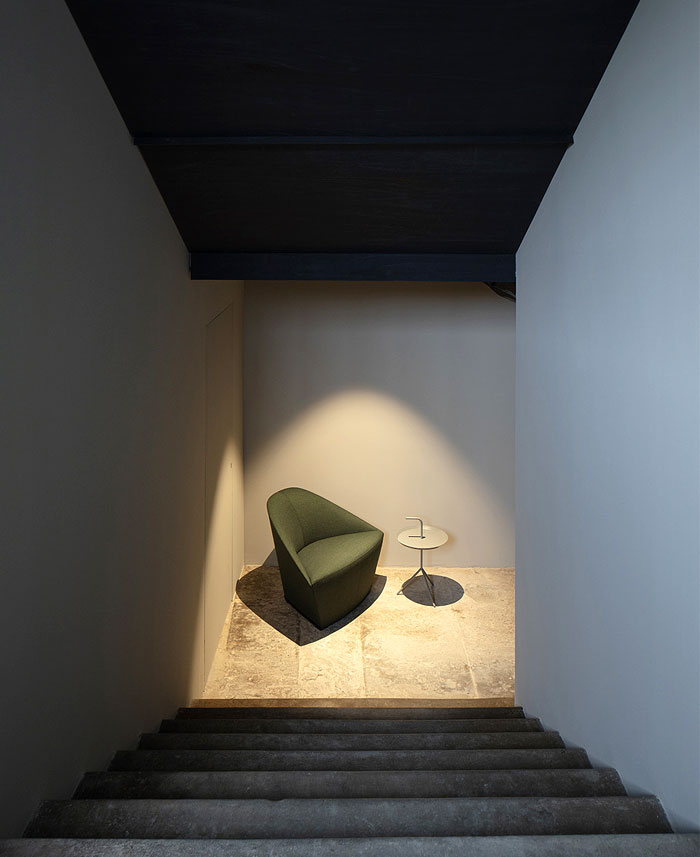 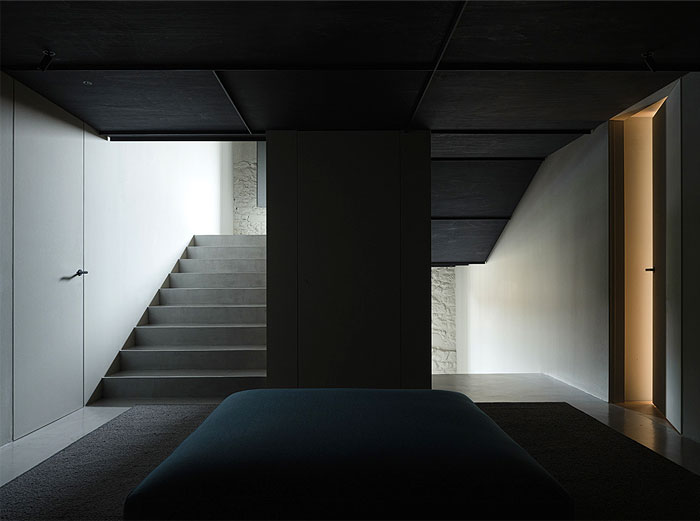 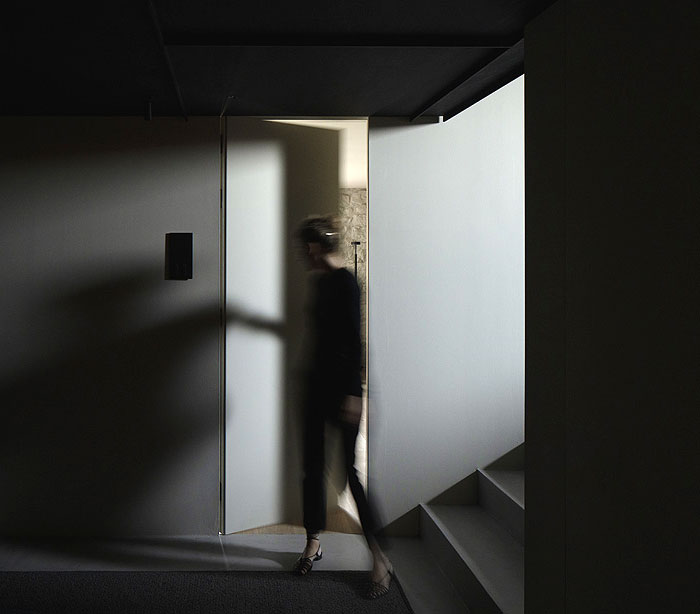 Stone surfaces continue to appear in the five bedrooms on the hotel’s first floor, but sit alongside brick and concrete walls which the studio had to introduce during the restoration works on the building. Black poplar wood has also been used again to create headboards and wardrobes. Some of the rooms come with in-built window desks that overlook the tiled roof of San Juan Bautista church, which is located directly next to the hotel. 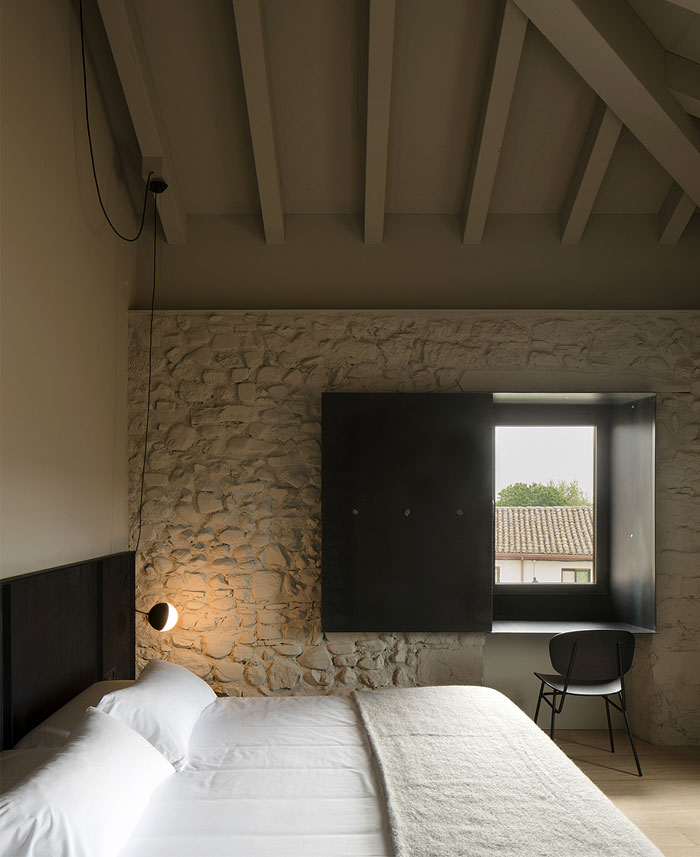 The six suite-style rooms on the hotel’s second floor each come with their own small lounge area, and feature loft-like ceilings with exposed beams. Francesc Rifé Studio also updated the exterior of Casa Grande Hotel, describing it as “perhaps the most monumental part of the project”. Photography is by David Zarzoso. by Natasha Levy / Dezeen.com 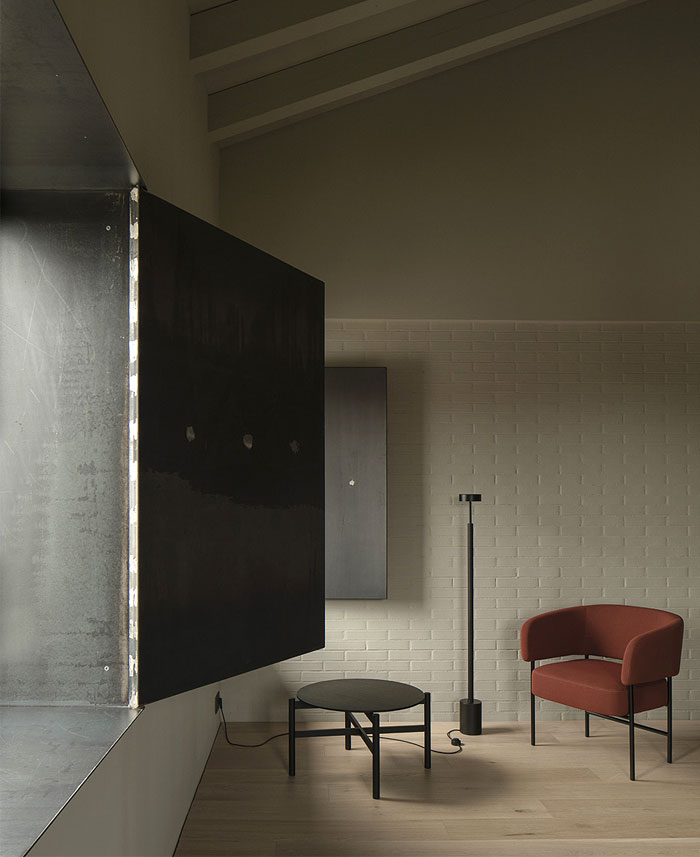 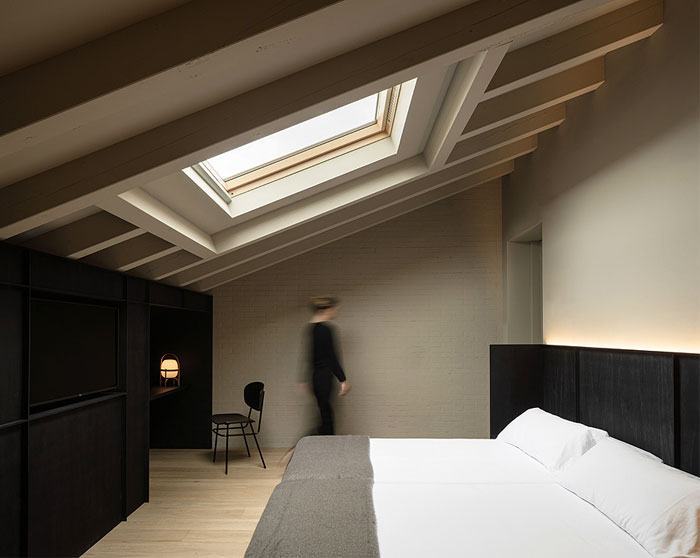 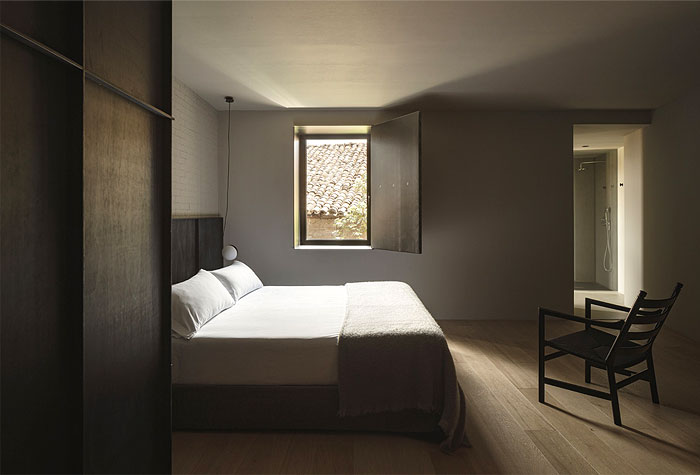 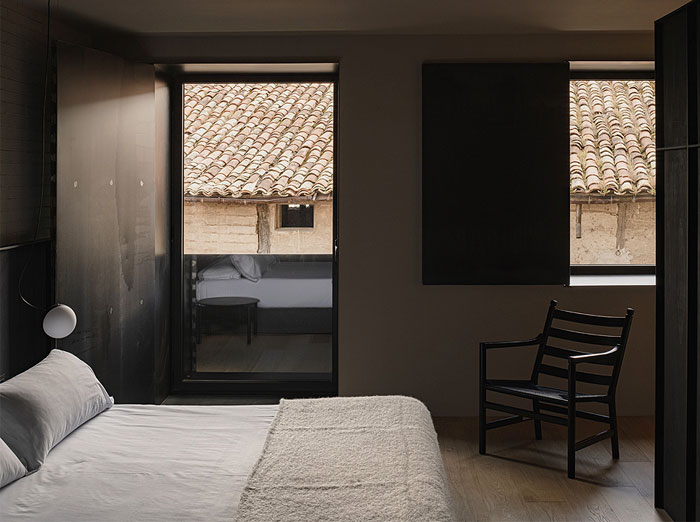 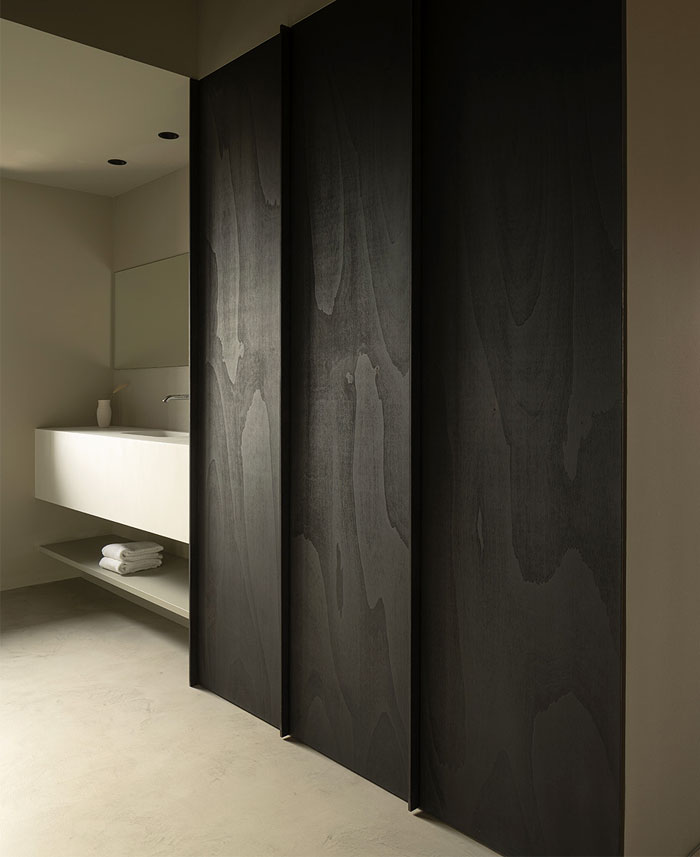 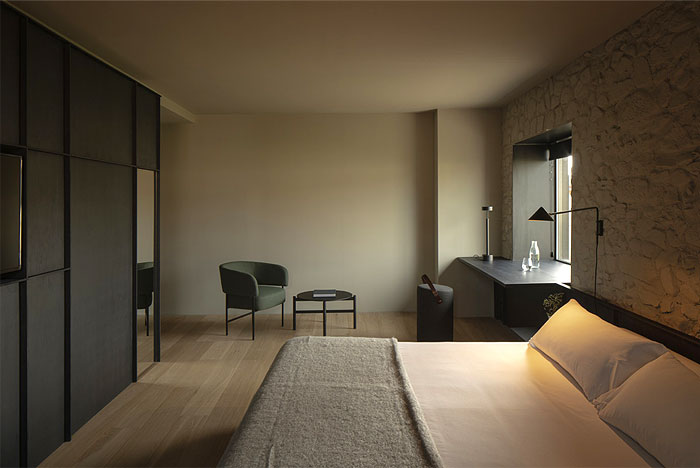 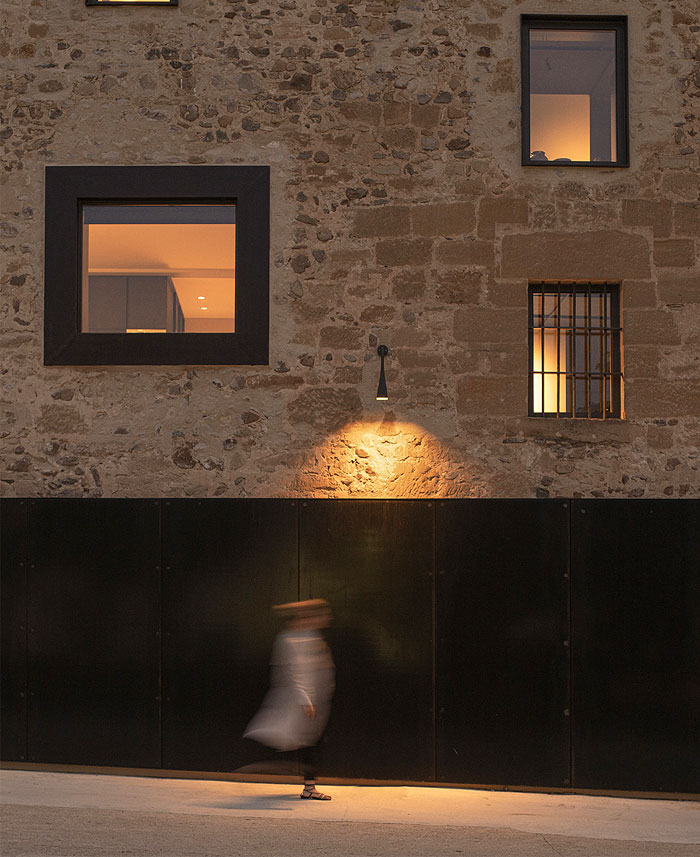