The triangular shaped plot has a total area of 13.850 m2 and is oriented South/North. The path to the plot runs alongside a white wall, showing the way to the entrance. Entering the plot, the building reveals itself. A perfect square with four similar facades. Facing south, a clearance in the garden holds the 15x5m swimming pool. 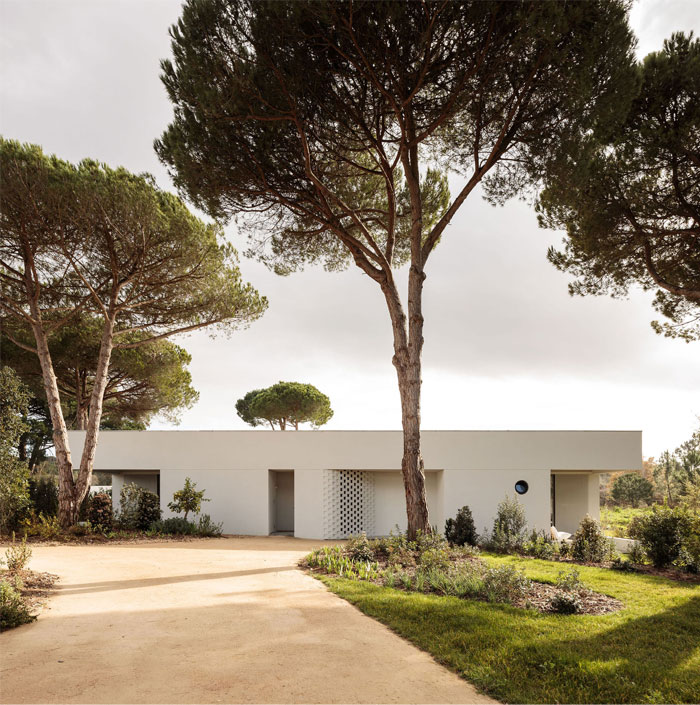 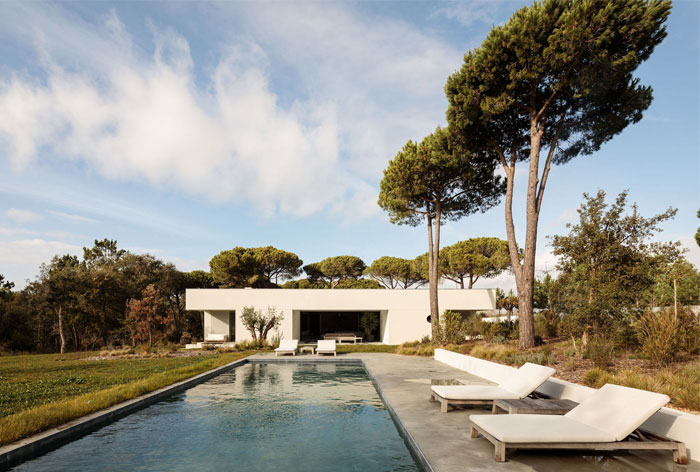 The building is one storey high. Shaded exterior terraces cut-out its quadrangular footprint. It is a volume composed of a large roof supported in its four corners by the volumes that correspond to the private spaces of the program. The common areas of the house are therefore open to the landscape. 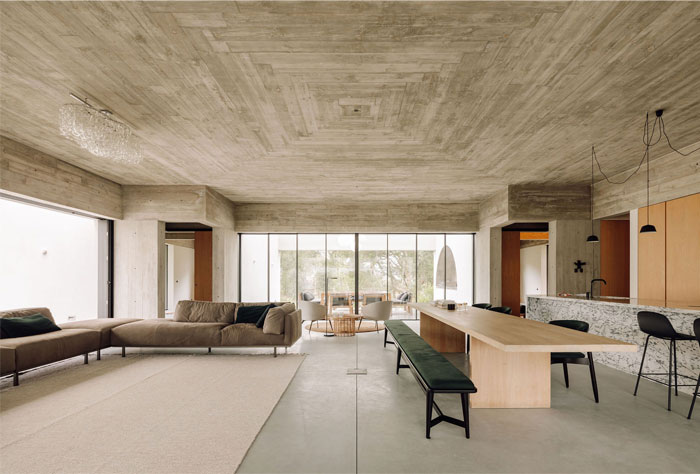 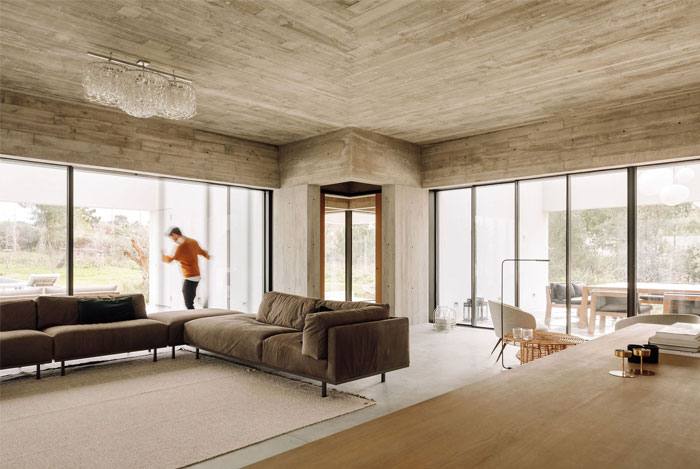 The building has a centralized plan, being the living room the space from where all other spaces derive. The entrance on the north façade articulates directly with this space, which subsequently opens to the exterior through large windows facing East, South and West. 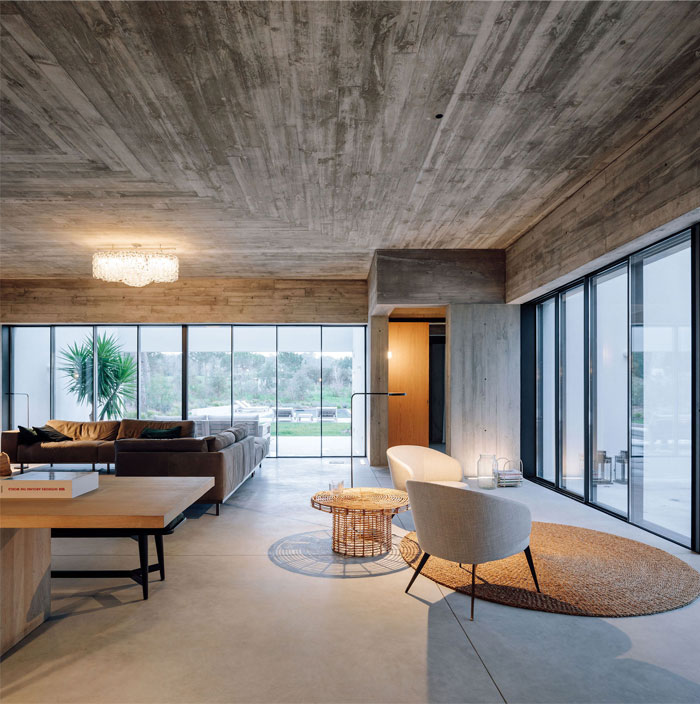 The bedroom clusters are located at the four corners of the 21m square footprint of the house. In open space, each of these clusters holds the entrance/dressing area, a toilet and the bedroom itself. Between them, towards East, South and West, three terraces emerge as a transition between the garden and the large central living space. Towards North, the technical areas of the house: a wash closet, a cloakroom, a pantry and utility room. The kitchen is part of the living area and has a cooking area and a large preparation island. 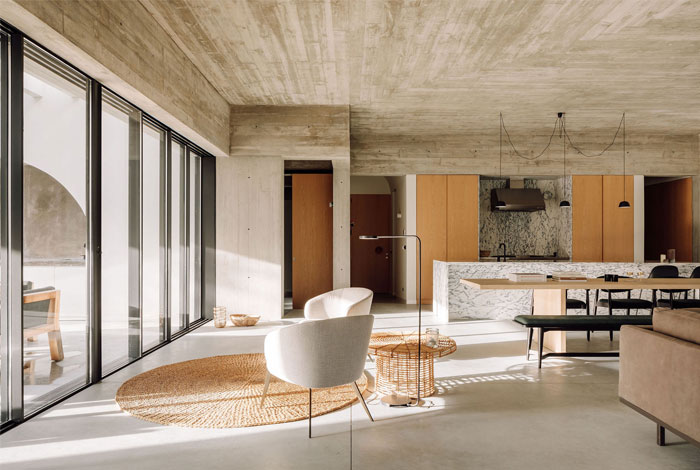 The diagonal progression through the house allows the discovery of different levels of intimacy. From the outside, one can wonder through the semi-private terrace into the bedroom. From here, space contracts in the bedroom vestibule that mediates the transition to the large living room space, that opens to the landscape. From here, the sequence inverts until one reaches the opposite corner of the house. 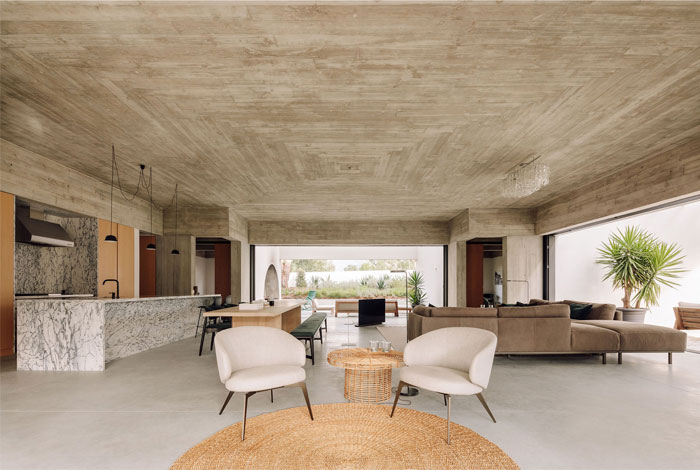 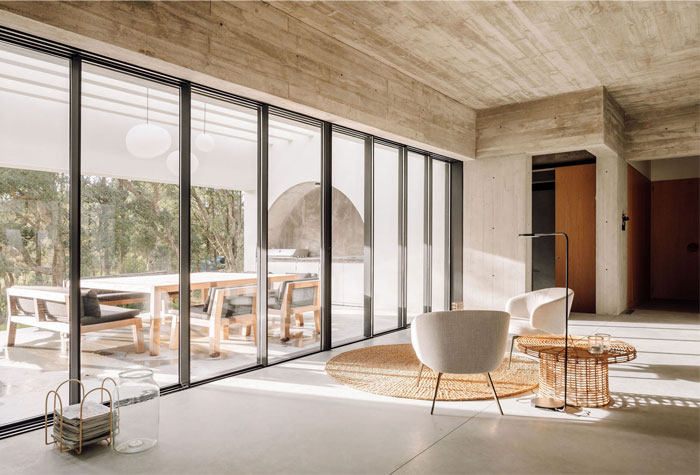 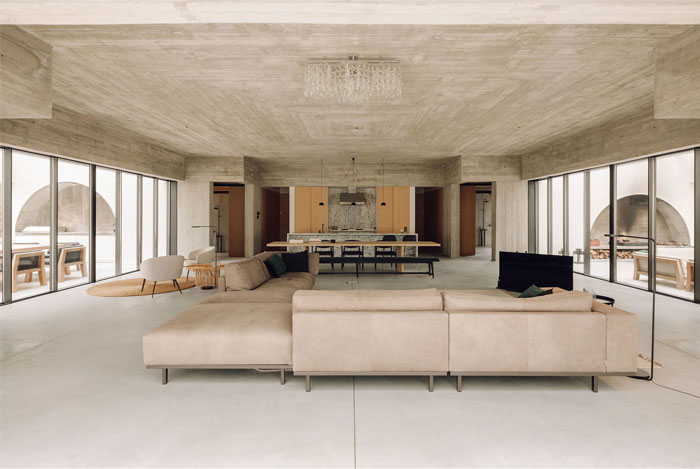 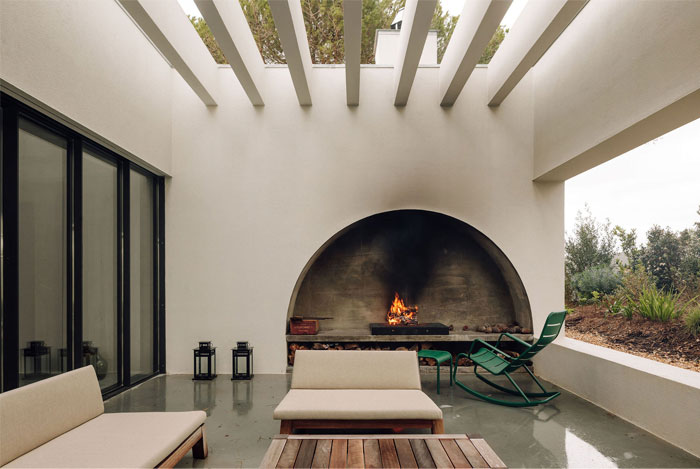 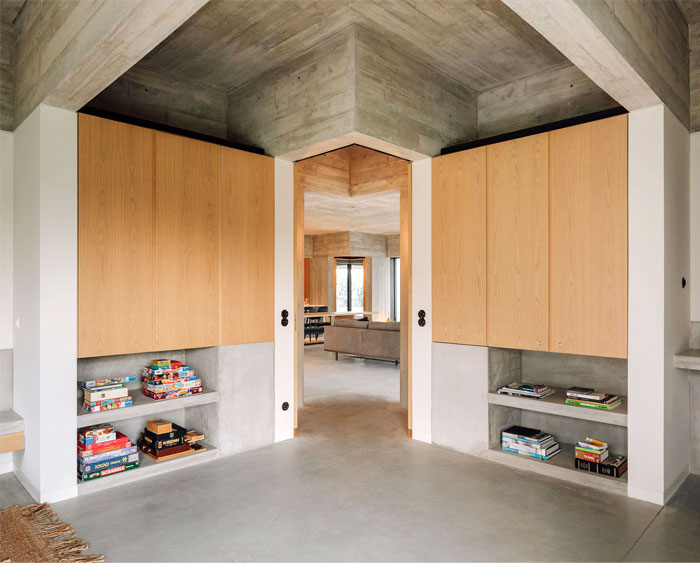 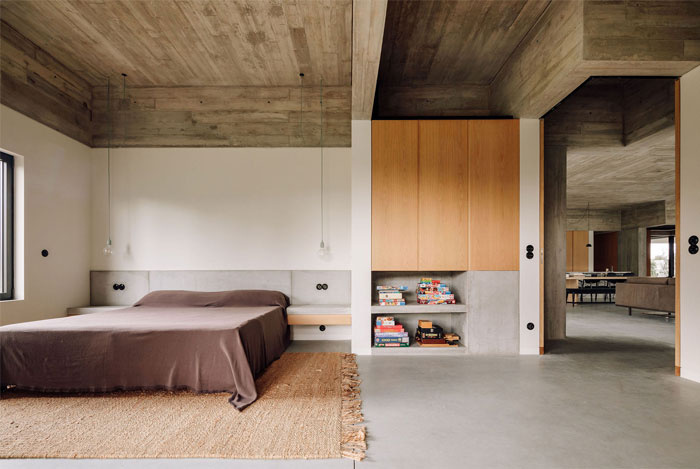 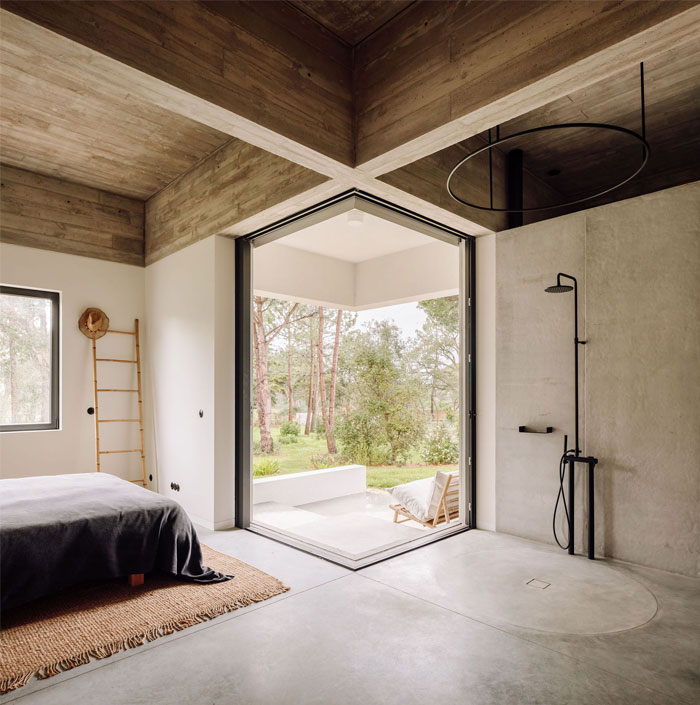 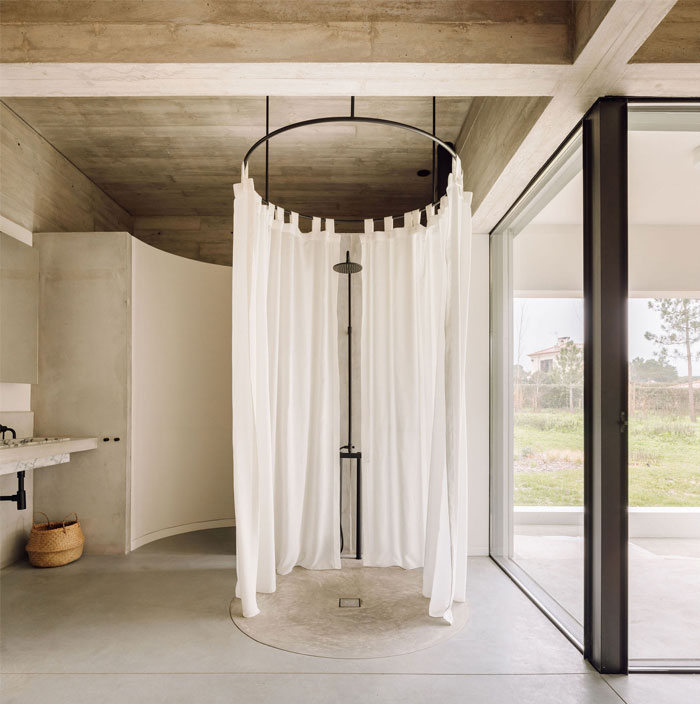 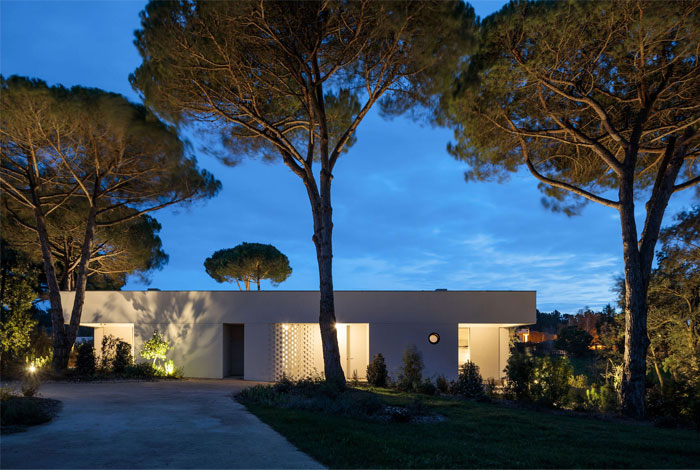