With a client brief for architecture and interior of contrast, the Mayfield Avenue residence became an exploration into the dualities that can be created between architecture and interiors, while still achieving a cohesive outcome. A strong, structural tectonic defines the architectural form, and is balanced with a distinctly warm interior. The clean-lined building forms are paired with a layered interior palette, that took its colour variation from the inherent veining of a striking natural stone selected early in the design process. 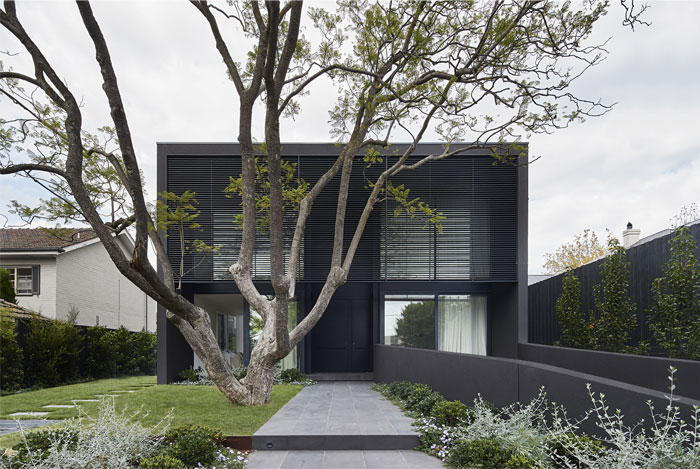 The refined architectural detailing is finished with natural textures and subtle colour shifts, from clay brickwork to rose linen accents, creating a robust yet calming home. Located on a north-facing greenfield site, surrounded by large scale dwellings, the site offered challenges with its size and orientation. The concept for this home was formed around a central garden, overlaid with an architectural framework comprising solid planes and interconnecting screens that is used to direct views and aspect through the site. 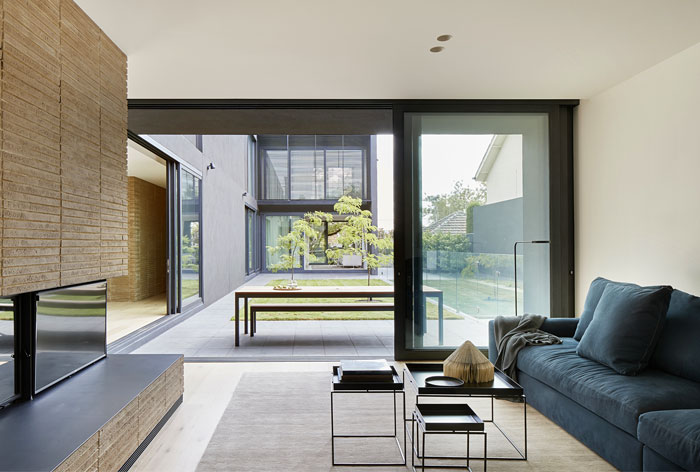 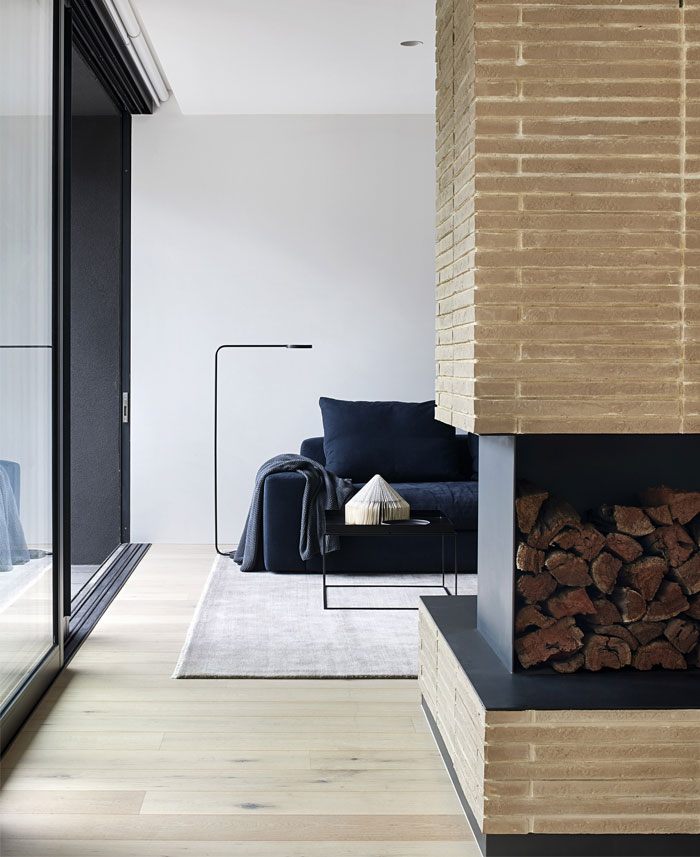 On the upper levels, the screen is used to provide privacy from the street below, whilst maximizing interaction with the adjacent landscape, in particular with the existing Jacaranda tree to the front of the site. The framework is layered with solid planes, these planes are used to define volumes, interconnect spaces, provide privacy, and ultimately control and promote engagement within the home and externally towards the surrounding landscape. 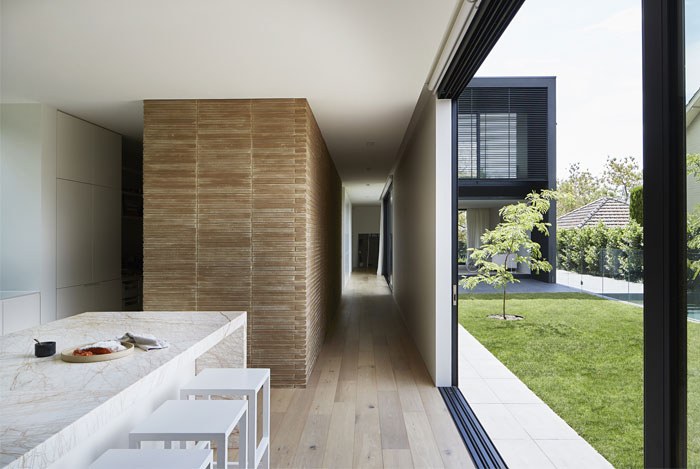 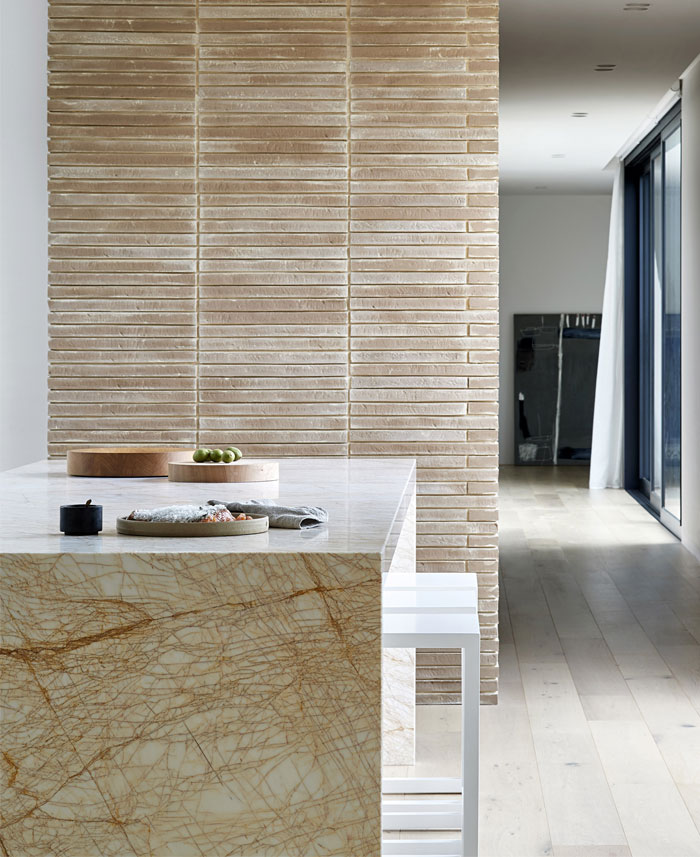 The architectural footprint upon which the framework was established was generated to capture northern light into two separate living areas, while softer light was sought for the kitchen, dining, and sleeping areas. Cold, dark stagnant spaces were avoided and expanses of glazed sliding doors ensure all volumes are provided with fresh air, an abundance of natural light, and garden aspect. 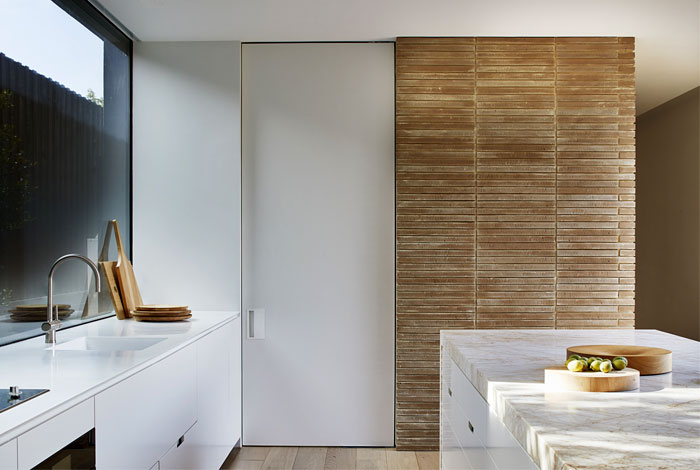 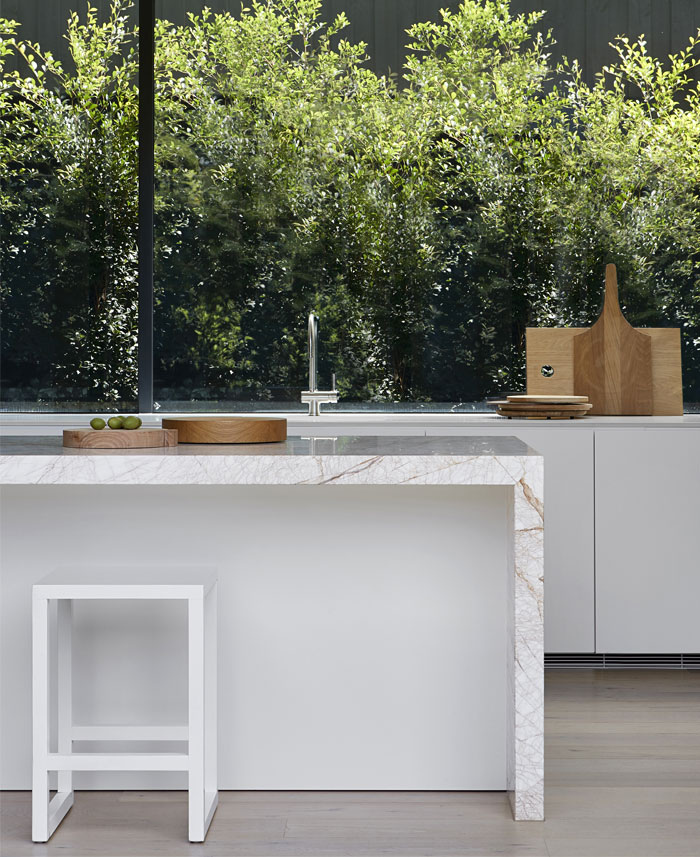 Typical open plan living was avoided in search of separate, calm, and purposeful spaces. This need for separation and acoustic privacy drove the form of the building, while a layered approach of filtered built elements, such as the steel screening and double-sided fireplaces, enabled the level of family interaction required. A quality of space that provides both a sense of sanctuary, enclosure, and comfort was sought; whilst offering a level of immersion within the landscape. Architects: studiofour; Year: 2019; Photographs: Shannon McGrath; 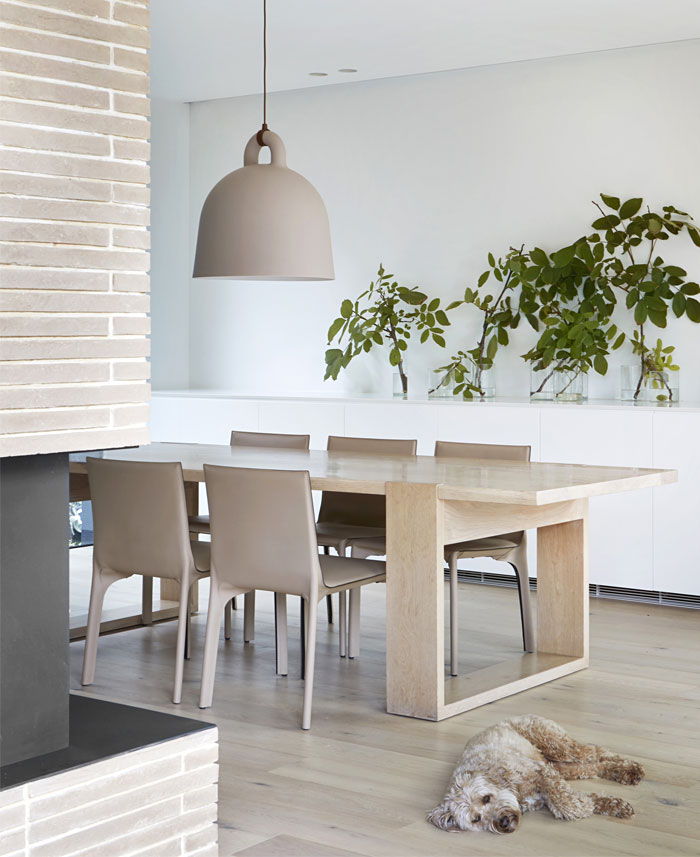 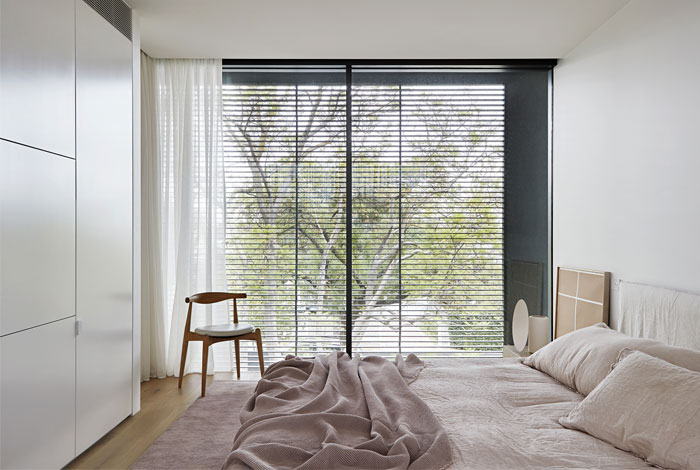 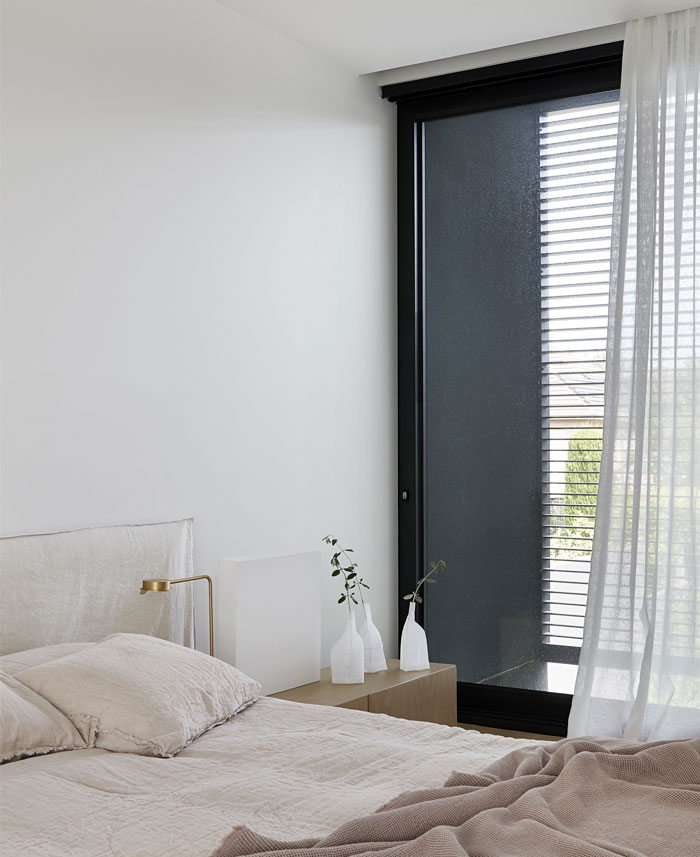 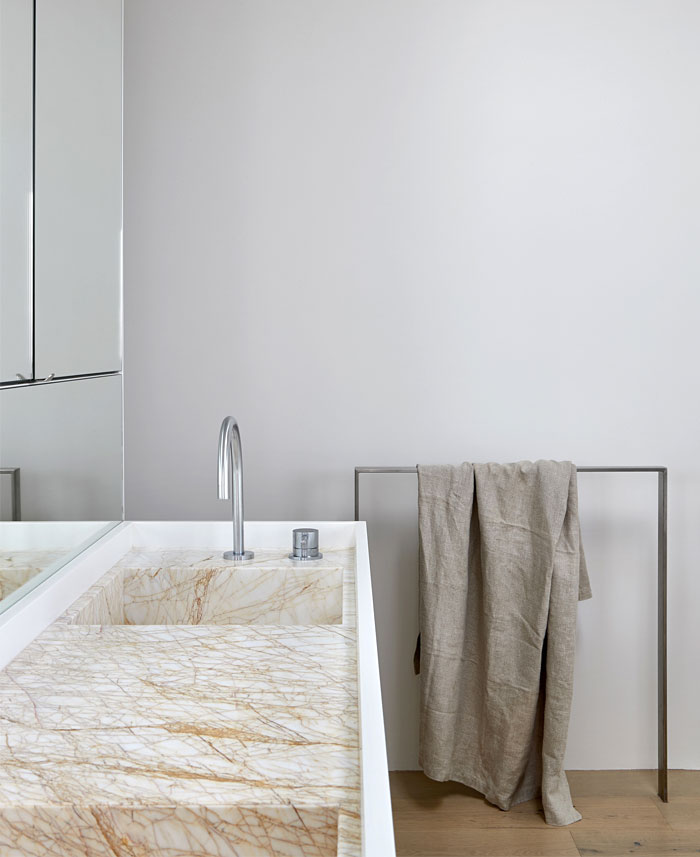