Alexandrine Lukach Ukrainian interior designer transformed the classic interior of Kyiv`s apartment into a modern eclectic. The designer’s mission was to refresh charismatic space which had been previously created by her three years ago and add up-to-date furniture, lighting, and decor. 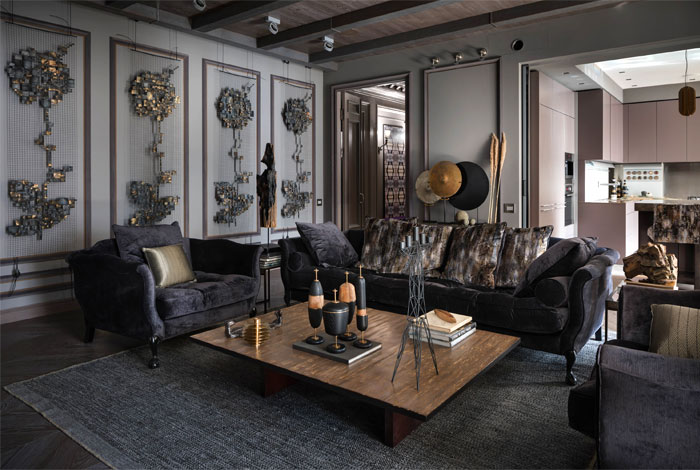 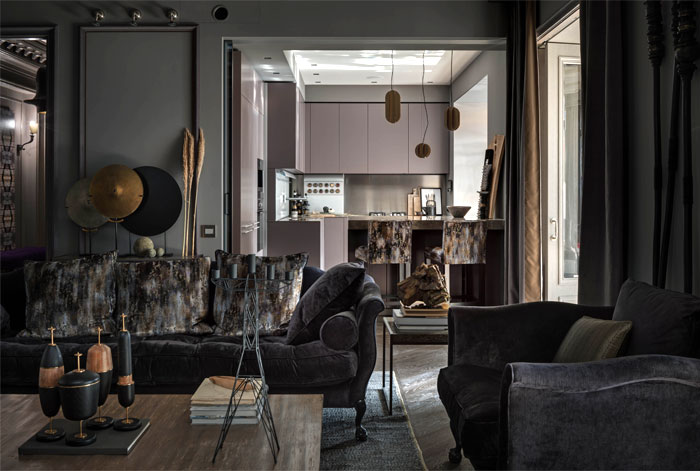 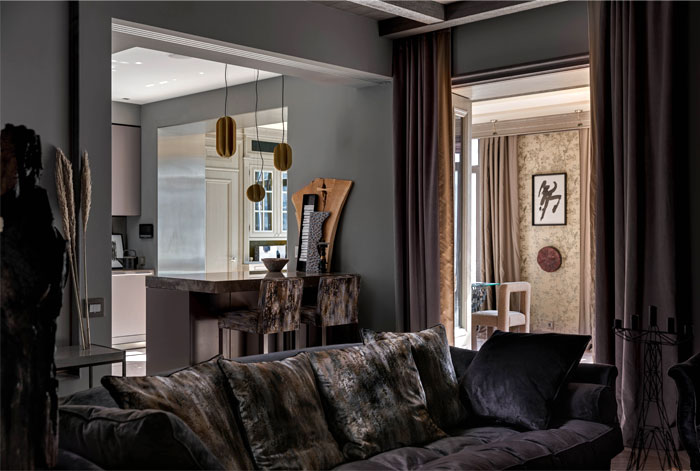 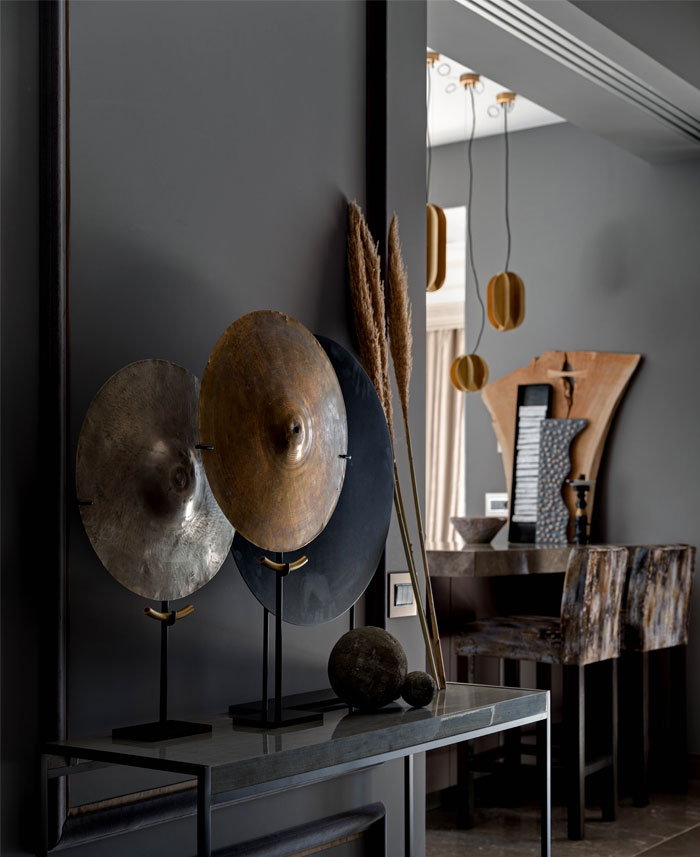 Noticeable intervention and a lot of new design and art objects were needed due to the large area of the apartment. Alexandrine decided to focus on local designers in her selection of objects and turned this project into a professional challenge for herself. She is sure that Ukrainian design is vibrant and prominent, it is something which is being created right now and steps beyond current trends. 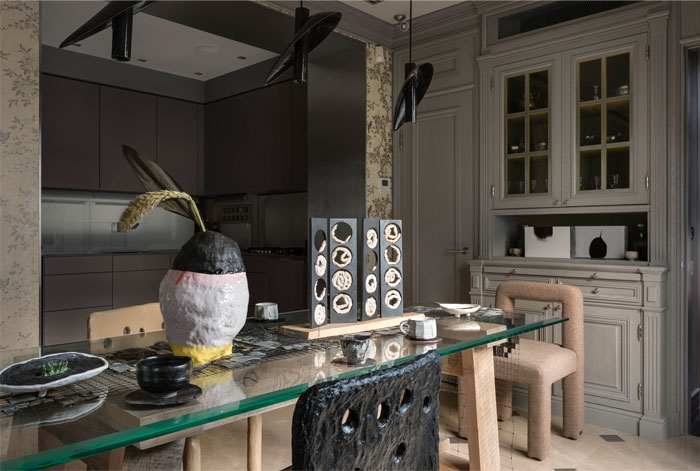 In two months Aleksandrine totally decoded an apartment – 196 contemporary design objects by 42 Ukrainian designers were integrated into the space. Among them were works of such brands as Noom, FAINA Design, Mahno design, OLK Manufactory, Olga Fradina, Tasha Oro, etс. 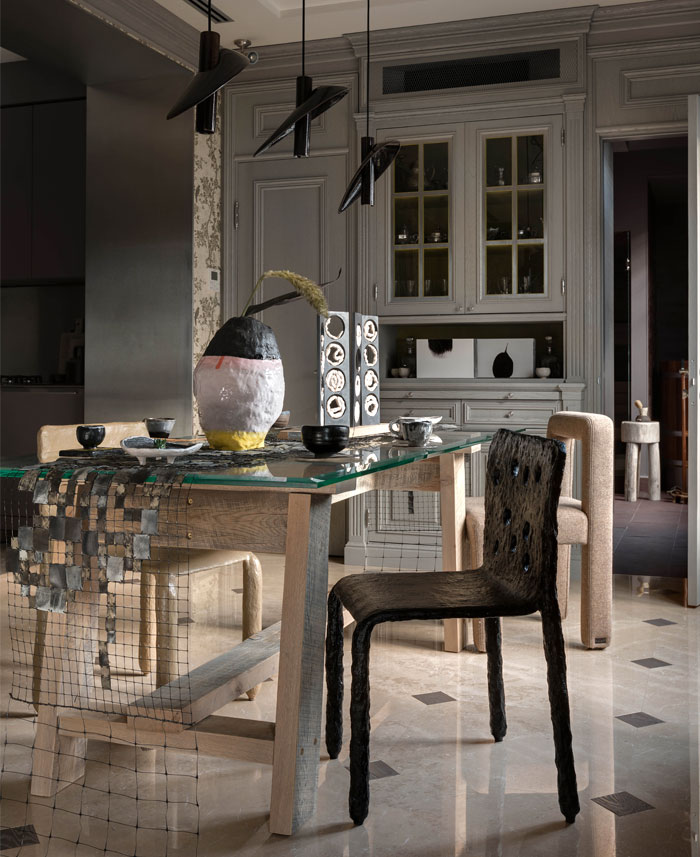 When all new objects were brought to the apartment, it was hard to believe, that all of them can be combined with each other. The interior enriched with art and design objects by local new-wave creators has obtained new depth. 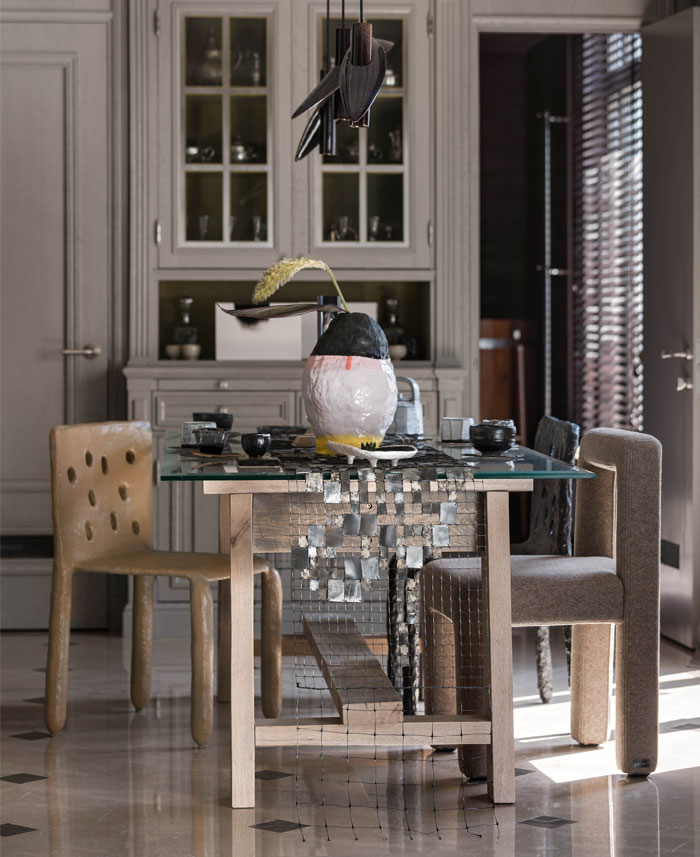 Interior designers nowadays use sensible artistic objects in their projects to imbue their new meanings. Thus an apartment could become a kind of private gallery. Alexandrine Lucach the interior designer who has created the DeCoding project tells about her approach: “I aimed to create the holistic and integrate space by placing in it objects by modern Ukrainian designers and artists. During two months I had been living in this flow and decoding a classical interior which I loved very much to get a totally different one – eclectic and artistic with a remarkable touch of Ukrainian new way creativity.” 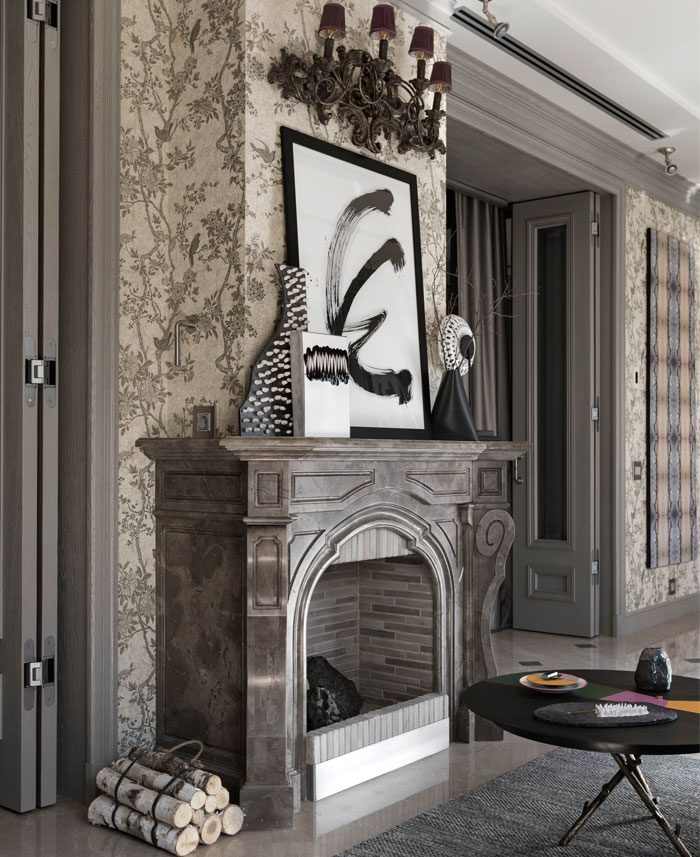 As it turned out pieces of Ukrainian designers based on modern comprehension of craft traditions can create unusual harmony with classical basis of the interior. 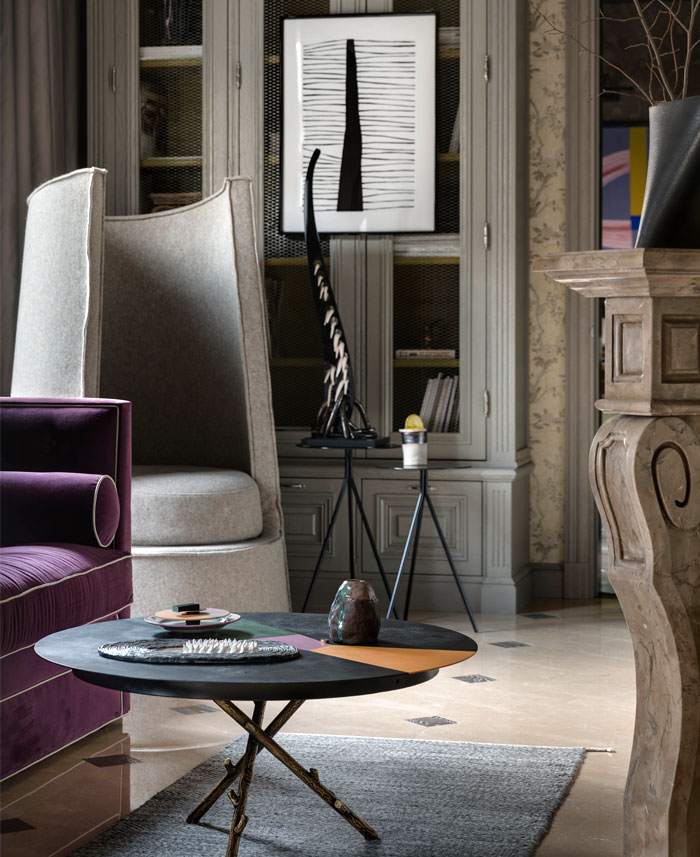 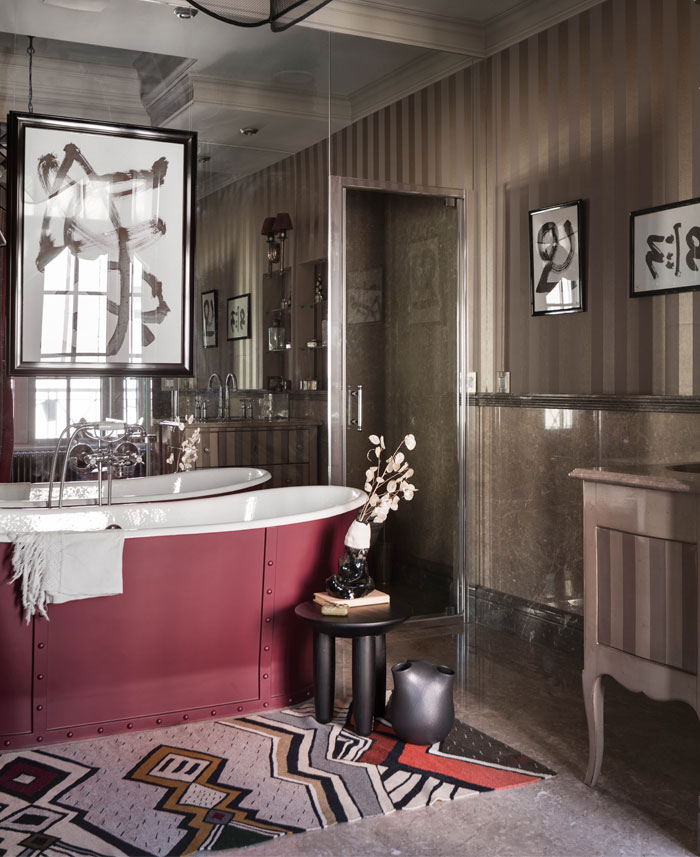