The new Comb small tables by Gordon Guillaumier combine great expressive originality with a strong pull toward structural components, recapturing the finishes and decorative style elements of the 1950s and 1960s. In the coffee table version, Comb displays its royal character with generous dimensions and harmonious proportions, synthesizing them instead in the smallest side table variation, which can also be used as a sofa table thanks to its ingenious C shape. 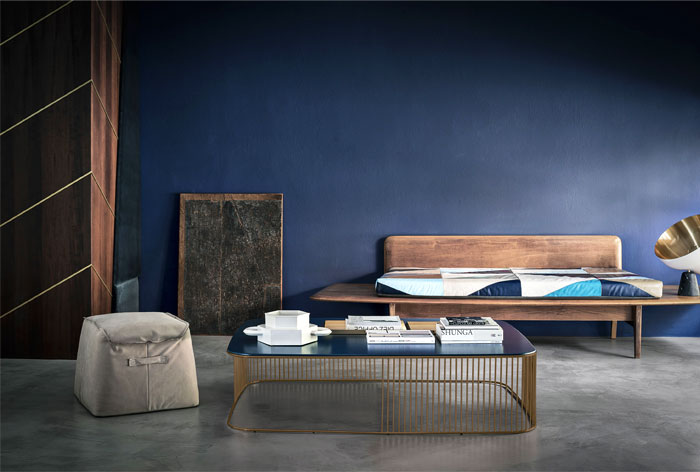 The tubular structure is the basis and a characteristic of the project, becoming its indisputable protagonist. The thin metal line traces the perimeters of two rectangles with a soft outline – respectively base and support for the surface – defining a rounded path which refutes the geometric synthesis of corners and straight lines, produced thanks to a masterful and balanced curving process of the material.
Uniting the two silhouettes are a dense series of vertical tubes describing a changing alternation of fullness and void, light and dark, giving the impression that the surface is suspended, scorning the laws of gravity. 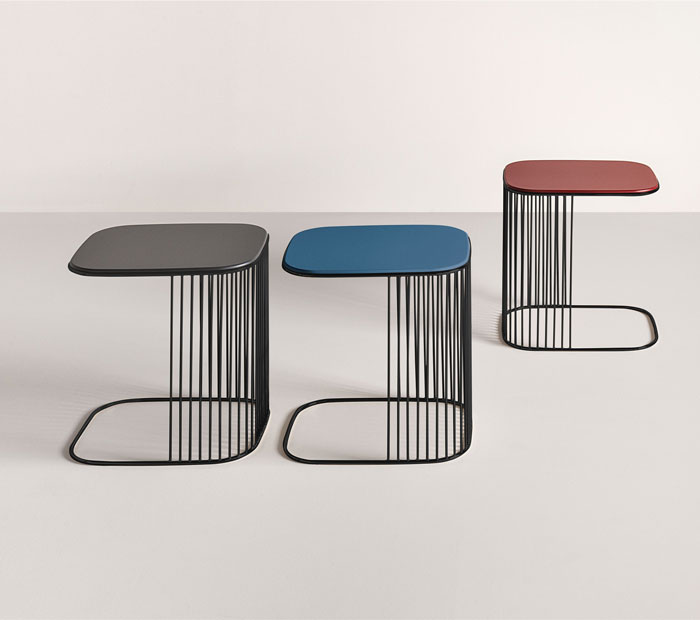 In the side table version the tubes draw a ‘U’ rising up on only one side of the table while, in the coffee table version, they place themselves in the two curves diagonally juxtaposed in the perimeter. The lacquered finish of the top, available in grey, dark blue and burgundy, adds color backgrounds to Comb, confirming its decisive personality. 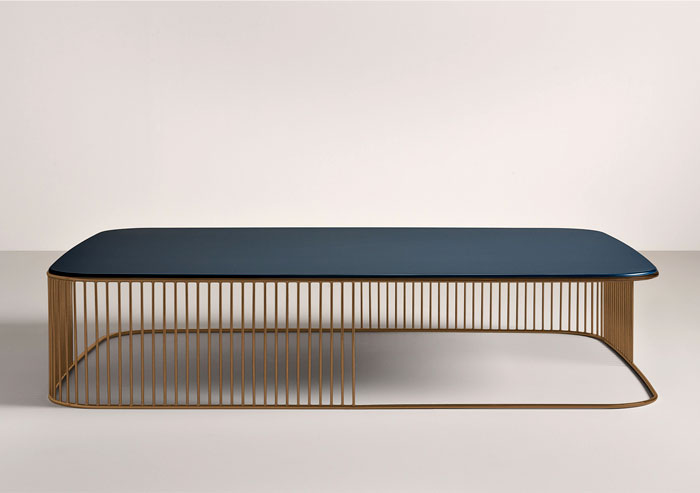 The family of accent tables Motif is signed by Andrea Mancuso of design duo Analogia Project. The heart and soul of Motif lies in the ornate and decorative aesthetic of the tabletop, and the contrast this creates with the simplicity of the metal square section frame which defines the legs and four crossed planks. 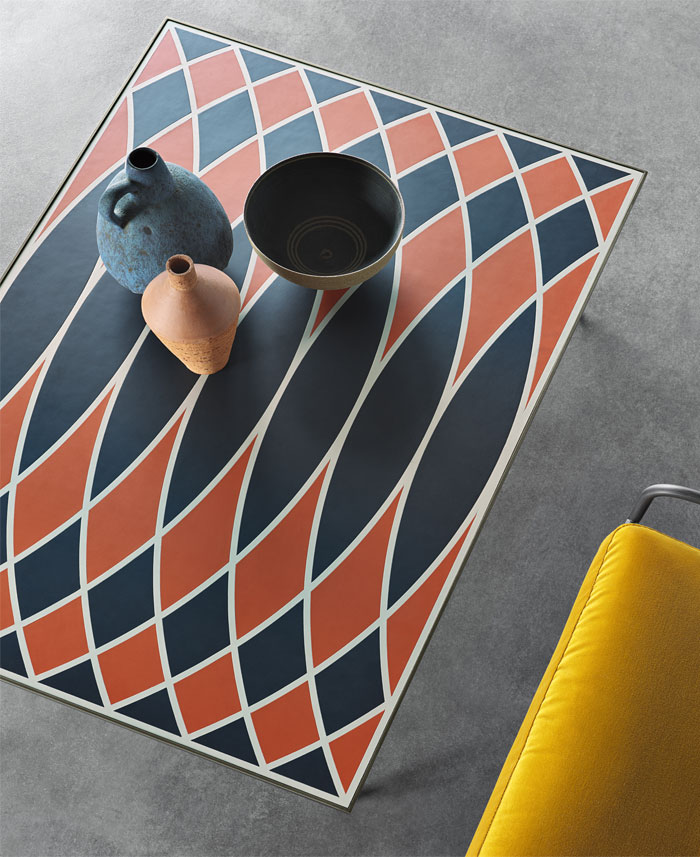 The leather inlay design of the tabletop is carried out with a high-precision cut of the leather into different shapes, which are then stitched together with meticulous craftsmanship. The design begins with the repetition of a circle, forming a pattern which varies according to the choice of colours of the elements which form it. The different colour options make the Motif table a “tailored” item, with the option to personalise it with a range of shades and tones. 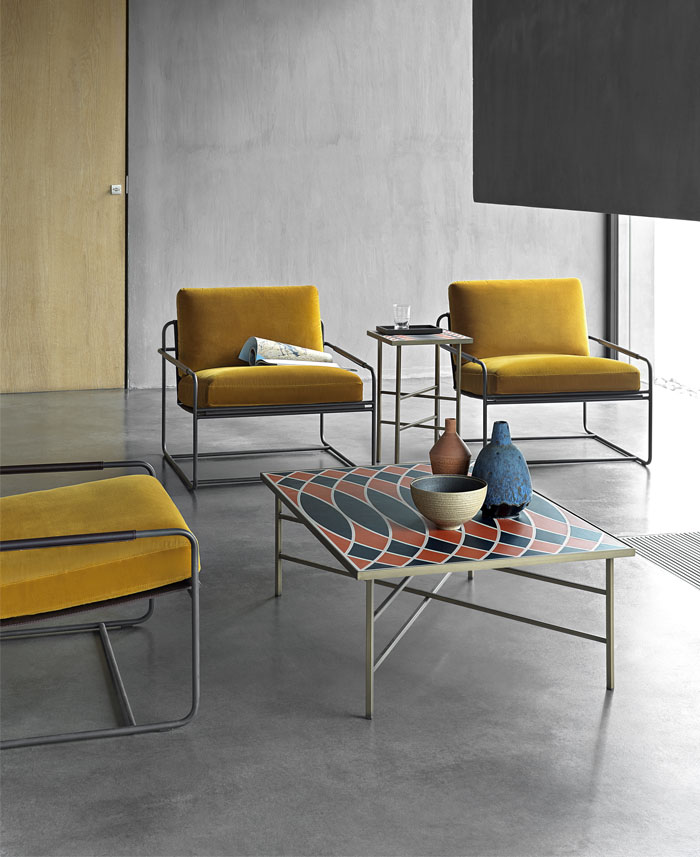 The Analogia Project design Viae, a collection of small tables inspired by the pebbles of the ancient Roman roads whose smooth, polished shape is the result of use and time.
The project includes two versions, one with 3 and the other with 5 shelves with rounded edges which are all different from each other. The different surfaces – clad with various nuances of fully-flowered leather – are set side by side, recalling the stones which inspired the tables. Supporting and connecting the tops, a structure in steel – available in chrome or gold finishing – outlines the small feet and thin rings that unite them, becoming a base and ornament of the small tables. 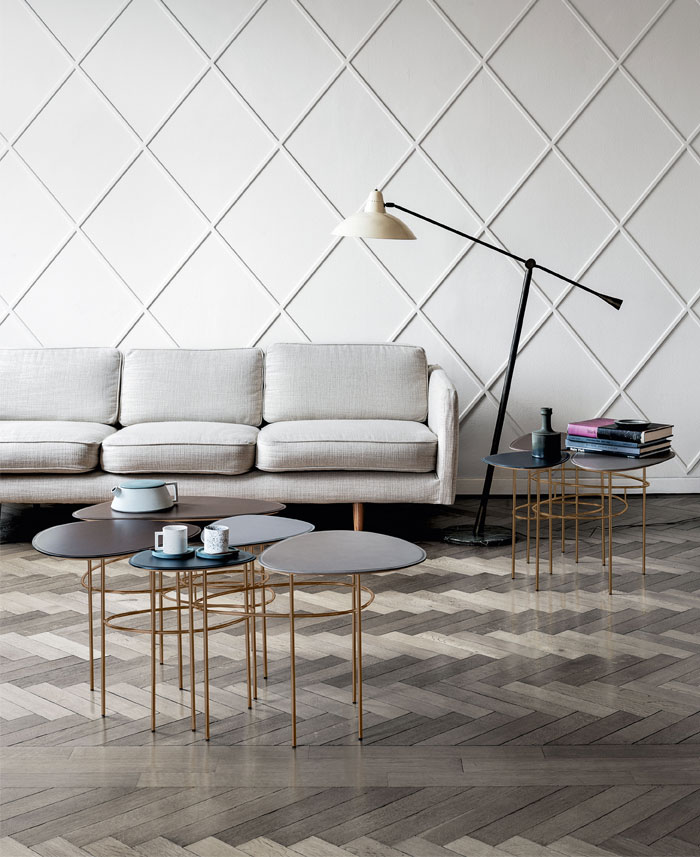 Viae is a vain, decorative object, a piece of furniture which is out of the ordinary, able to attract attention to its form thanks to precious atavistic finishes such as gold and leather, mixed with wisdom and poetry.
The modularity of this family, made possible by the ability to combine the various compositions, opens the way to infinite combinations and aesthetic and compositional virtuousity, making Viae the protagonist of an exclusive way of living able to fill an entire setting by itself. 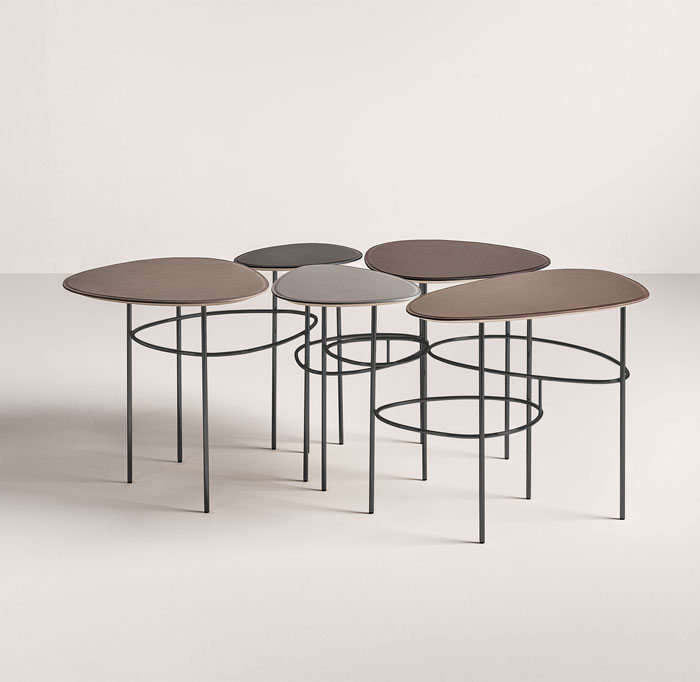 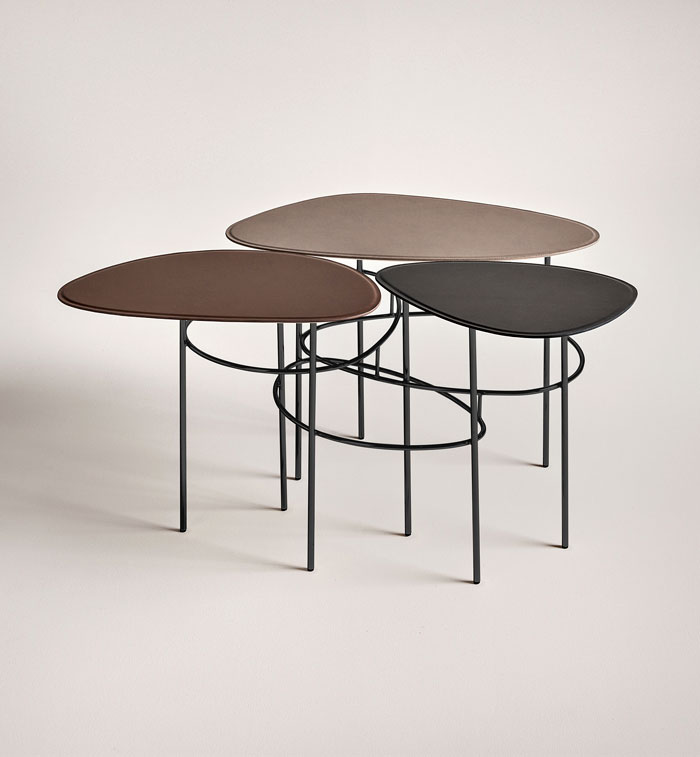