Sleek, essential forms, graphical elements and a palette of pastel colours which stands up to audacious combinations. Formae is a young brand from the middle of the Tuscan valleys which makes metal furniture and accessories with a poppy, minimalist attitude. Objects with clean, solid geometries, but which are also light, as they are able to leave room for the creative dimension: firstly for the designer’s creativity, and then for the user’s interpretation. 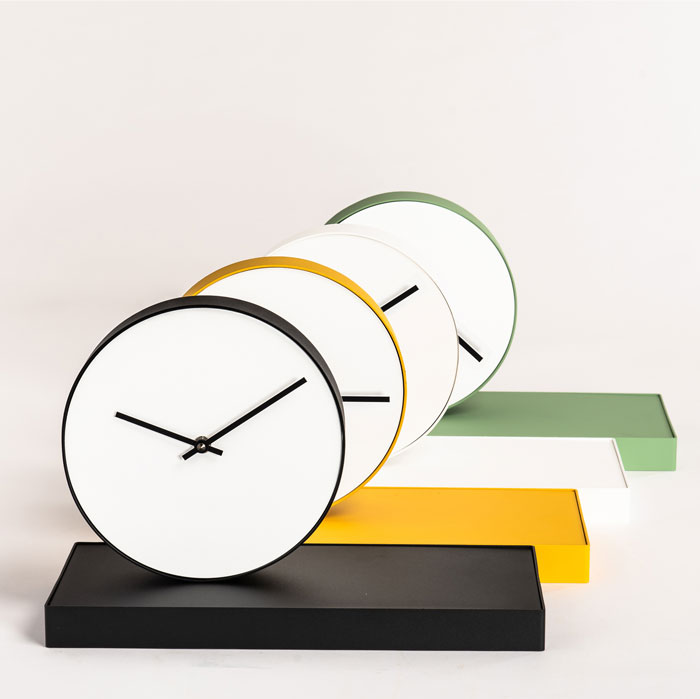 Formae‘s vision was, indeed, born of the desire to look at objects which are familiar – both in terms of aesthetics and function – from a different point of view: subtle formal reinterpretations make the product lighter without distorting its sense of use, maintaining that affinity and immediate understanding which arises from the use of archetypical elements. The result is an empathic vocation, common to all Formae collections, which translates into the ability to establish a profound bond with their users, by offering practical solutions to the rites of day-to-day living, while at the same time managing to adapt to different contexts by establishing a dialogue with the pre-existing furnishings. 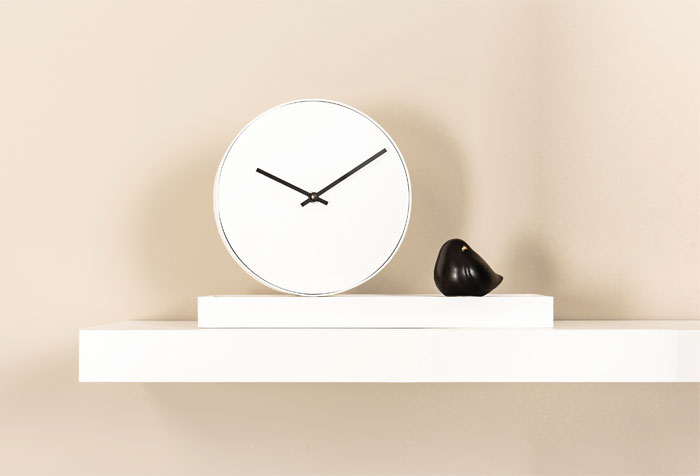 Roommate is Formae’s second collection, composed of products which use their formal language – composed of architectural references, natural inspirations, geometric compositions – to recount stories, draw inspiration and design new domestic scenarios. The Bloom valet stand, designed by Sovrappensiero Design Studio; the Coral stand/centrepiece, designed by Chiara Ricci; and the Giratempo clock/change tray, designed by art director Leonardo Fortino, make up the Roommate collection: three products with a decisive identity, in which visual modularity, lightness and empathy meld in a harmonious synthesis of functionality and aesthetics. 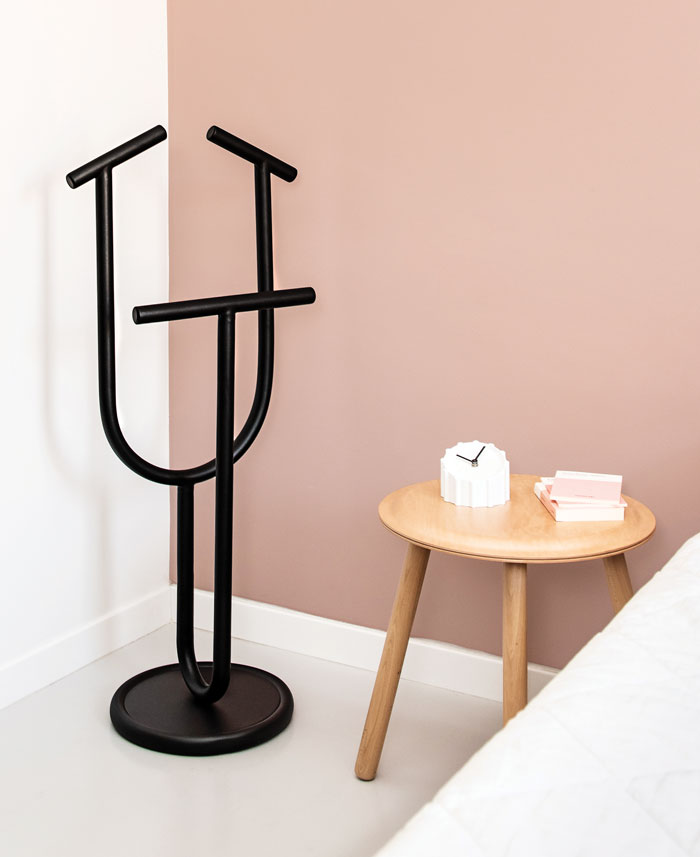 Bloom is the valet stand inspired by essential signs and light sculptures, designed by Sovrappensiero Design Studio. Standing in front of us, a plant full of imagery, of measured and essential elegance, which consists of a series of geometrically linear rods which reveal hints of its functional nature. This is the origin of Bloom, a product with an iconic shape and delicate character: similar to an elegant natural sculpture, it positions itself with refinement in daily living areas, to house items the wardrobe with impeccable efficiency. 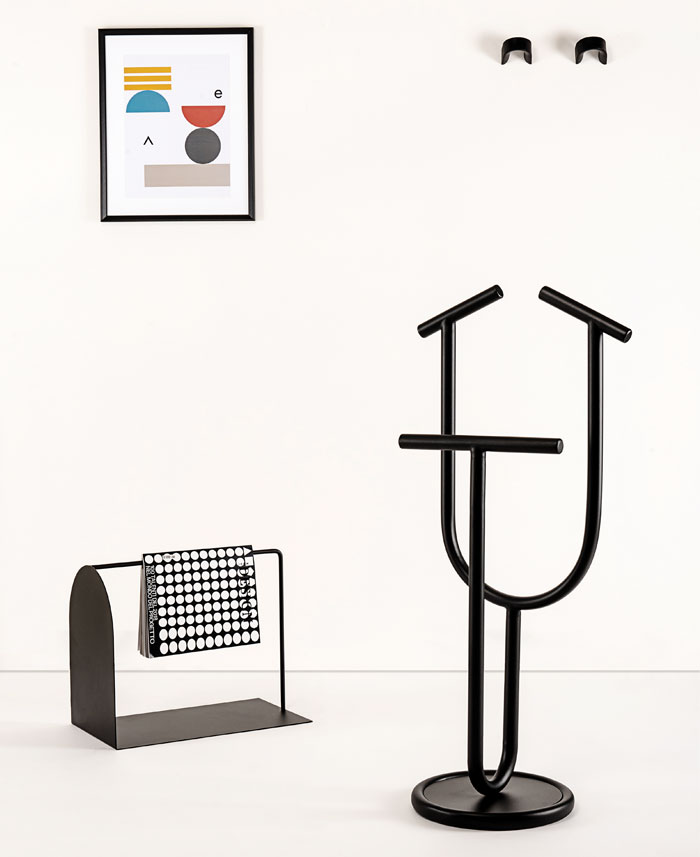 The branching forms of coral are the inspiration behind Coral, the centrepiece projected by Chiara Ricci. Through a secret metamorphosis, small ramifications and delicate tree-like forms turn into furnishings, from the Mediterranean materialising on contemporary tables. Coral is a multi-level stand designed for pastries and finger food, composed of a structure made from round bars on which small metal plates are attached at different heights: each culinary creation, once placed on its own pedestal, thus becomes a little work of art. 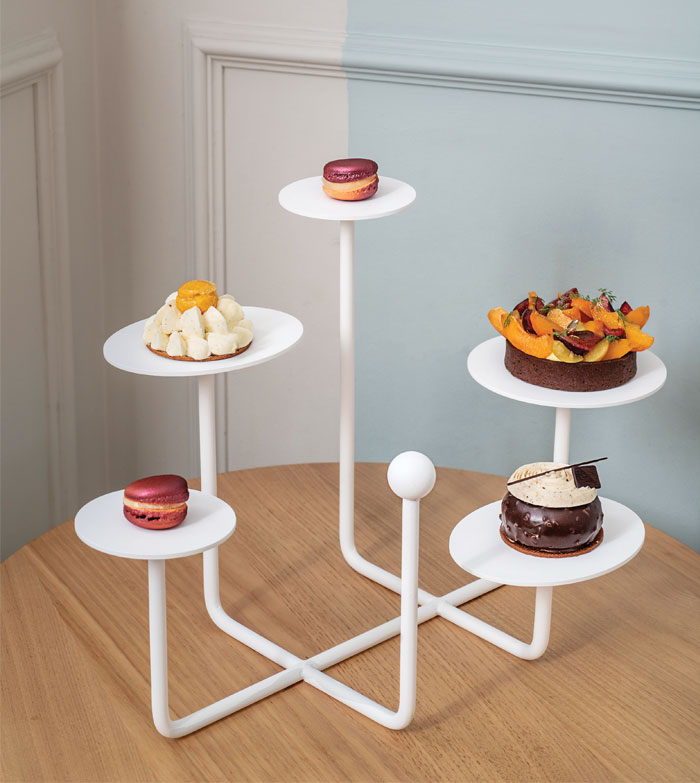 Hourglasses and other magical devices – to dream of travelling through time – seem to inspire Giratempo clock designed by Leonardo Fortino. There are objects which hide behind the study of quotidian expressiveness, above all when they turn into a small domestic ritual. This is the case with Giratempo, a polyhedral product which in a few, simple forms brings together the ritual of leaving the house: checking the time, taking a last look in the mirror, grabbing your keys. The circular clock swivels on itself to reveal a mirror on the back, while the rectangular base comprises a convenient change tray, forming a playful yet functional object. 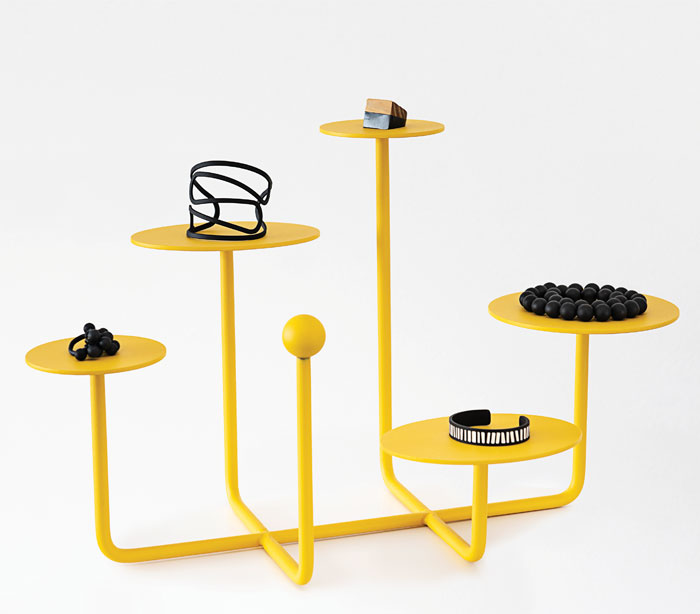 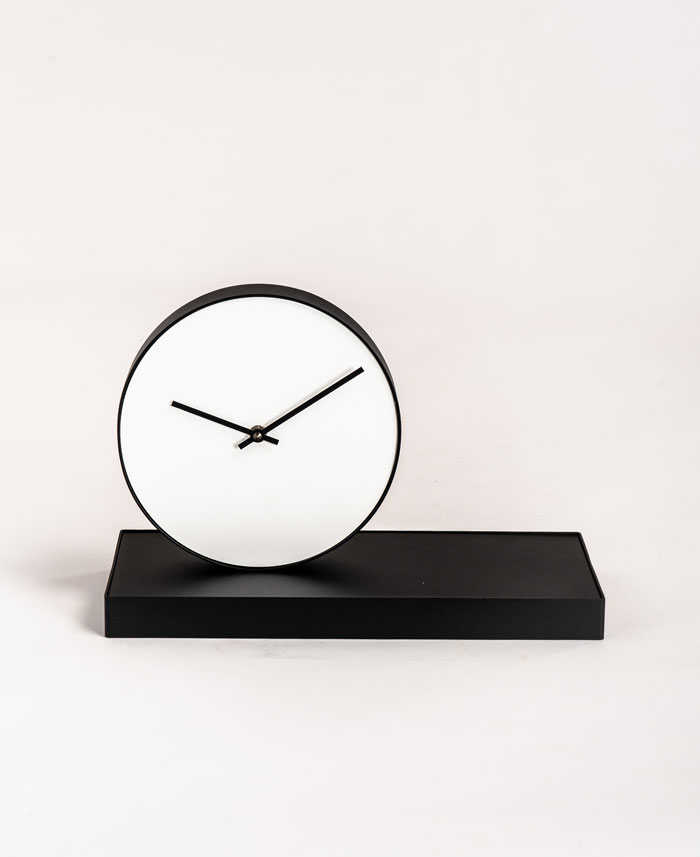 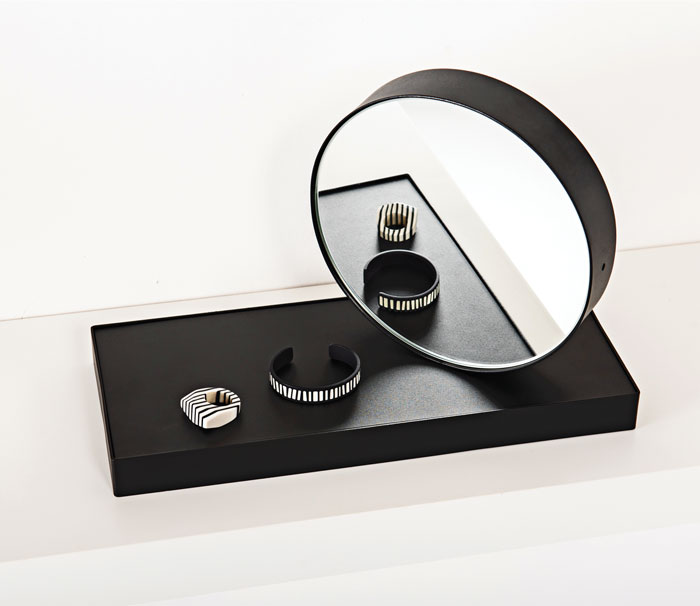