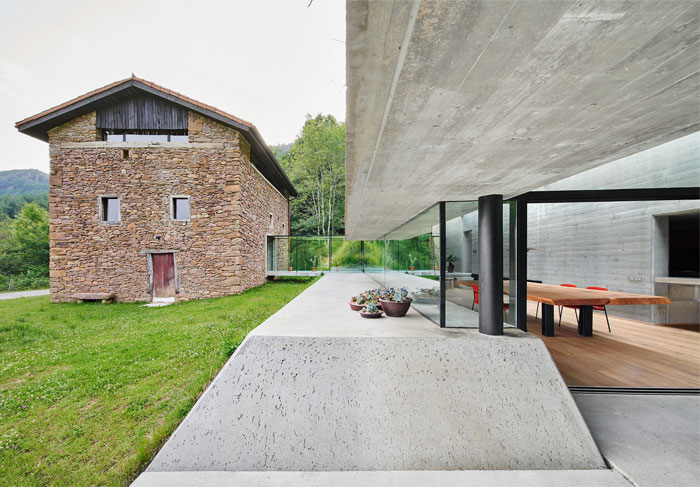 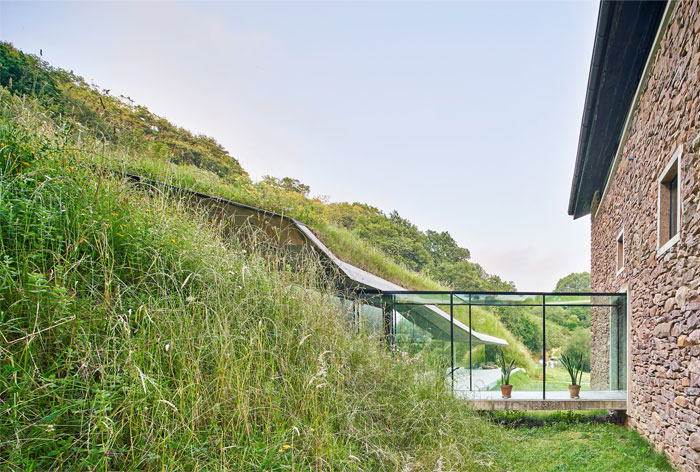 Designed as an extension of the existing brick house, the new rural house is connected with a glass box and embedded in the mountains. 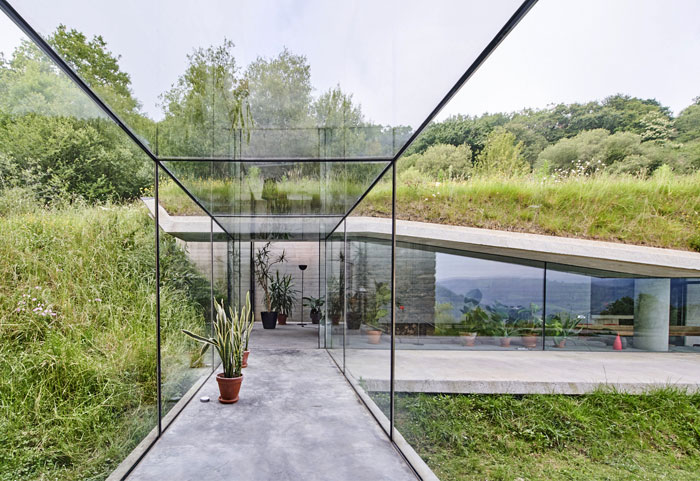 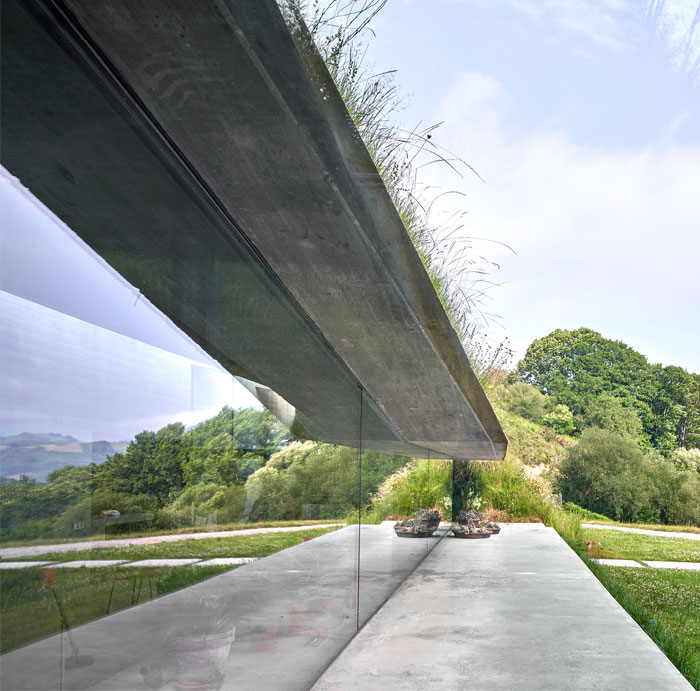 “To work in this exceptional location is an exercise of respect to the fragile building and especially to the mystical power of the Navarra mountains, rich in history and legends,” according to the architect. 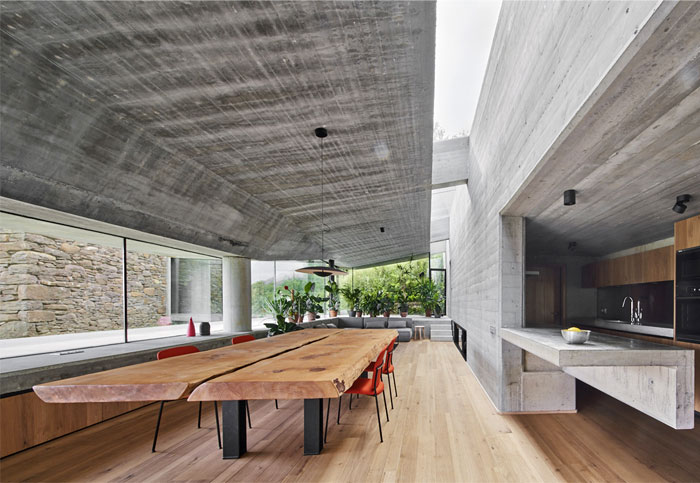 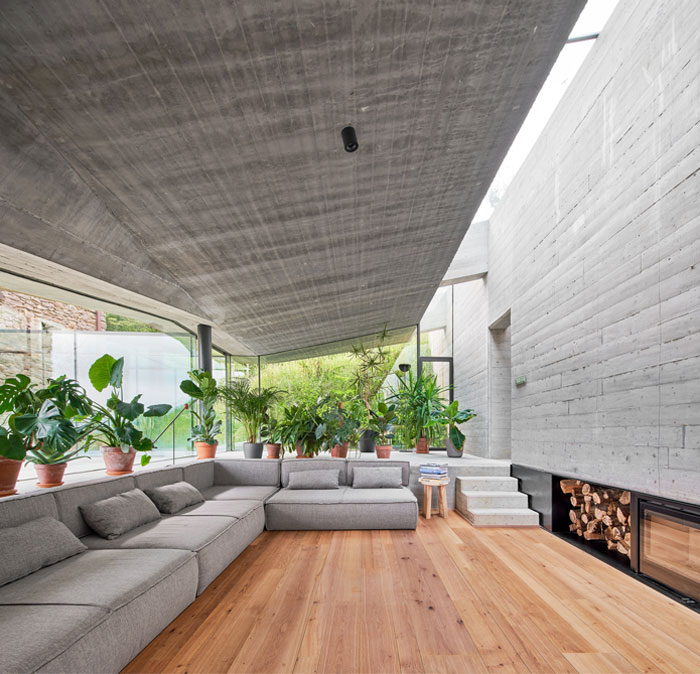 The house’s plan is very simple and a giant sloped concrete roof is perceived from the interior. The internal plan contains a large living space, elongated kitchen and bathroom, a bedroom with concrete and wood materials. A bedroom is hidden on the other side of the building which is impossible to perceive. 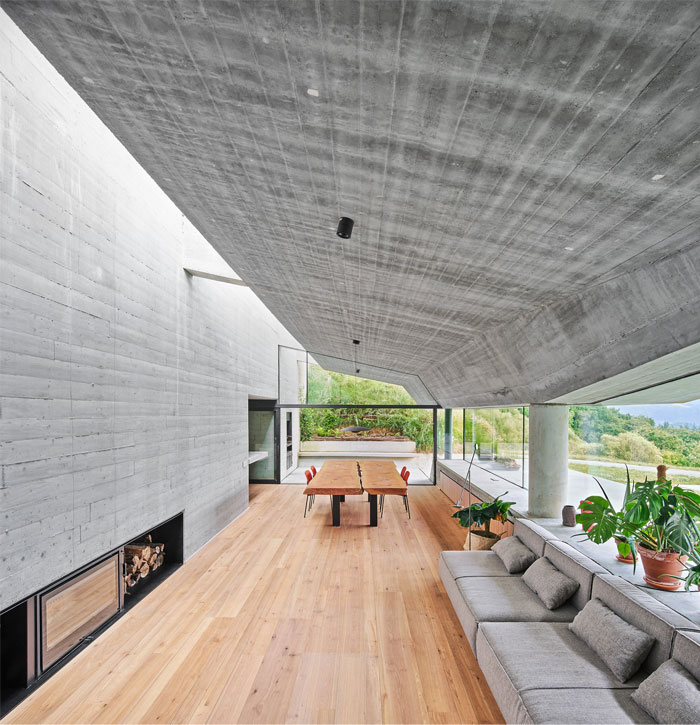 The key feature of this house is to be perceived just like a one element effortlessly and meticulously. The house has also a small terrace in front of it but it has also a long concrete base in from facade that can be used for seating. Photos: José Hevia; 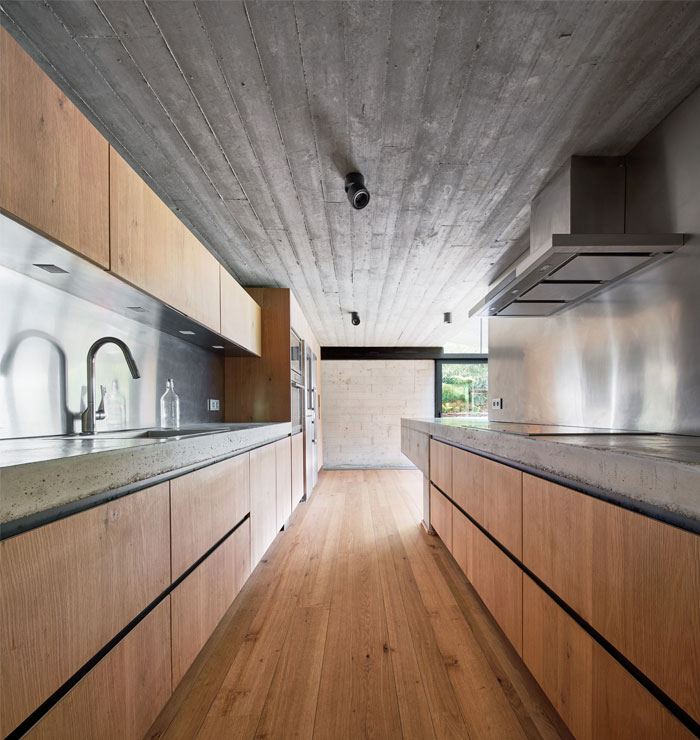 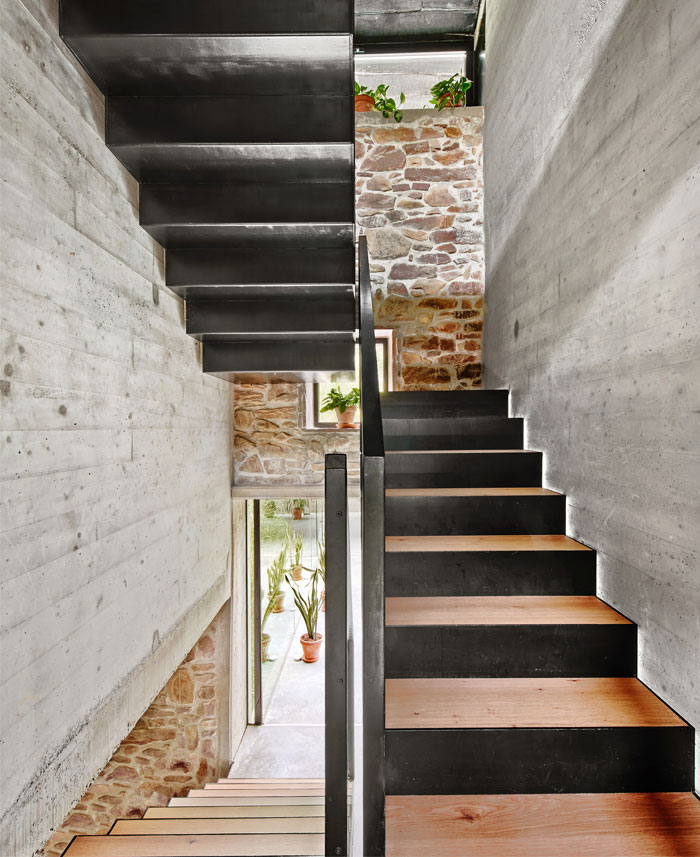 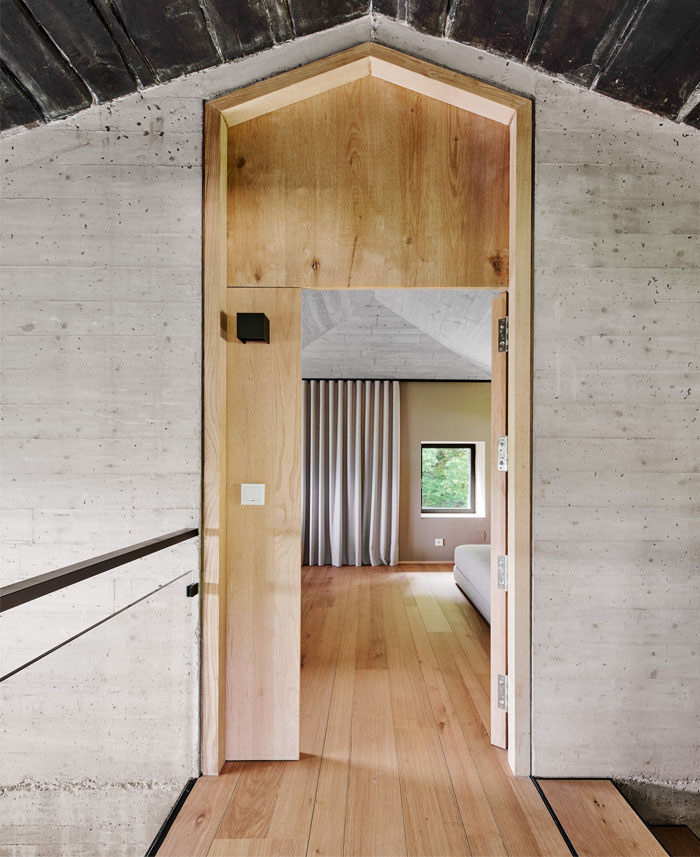 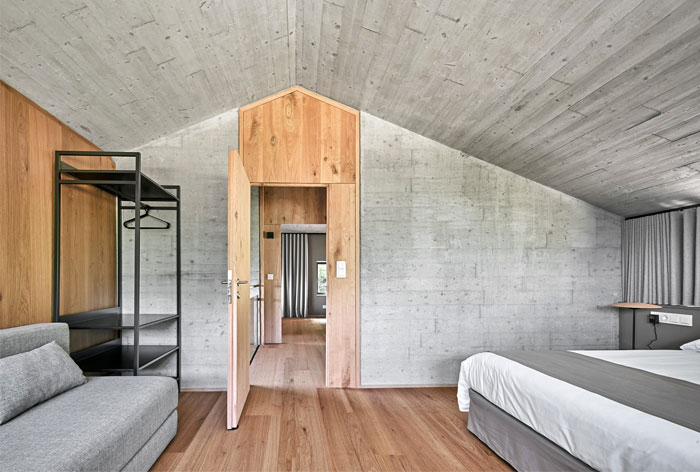 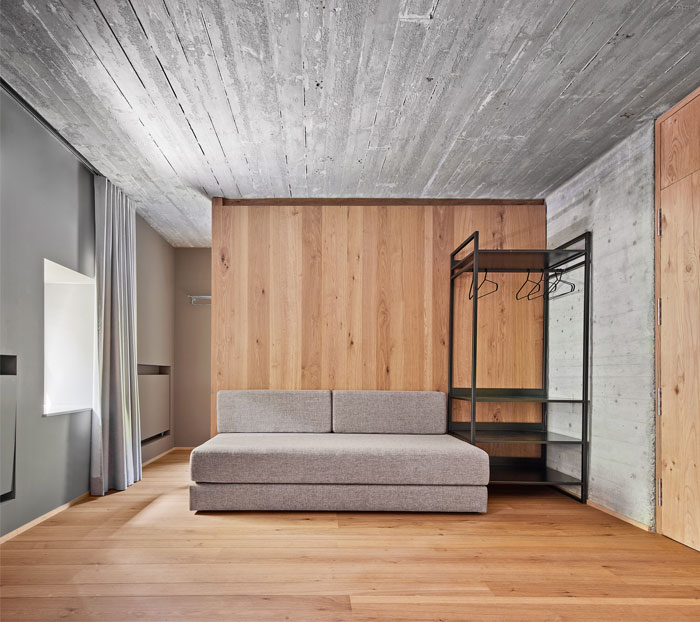 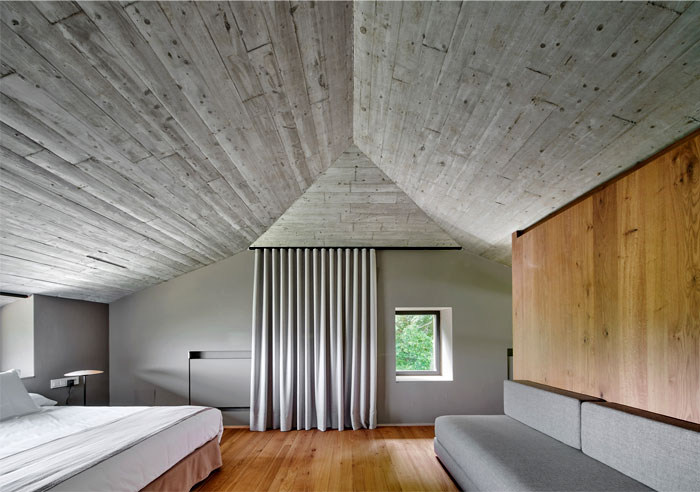 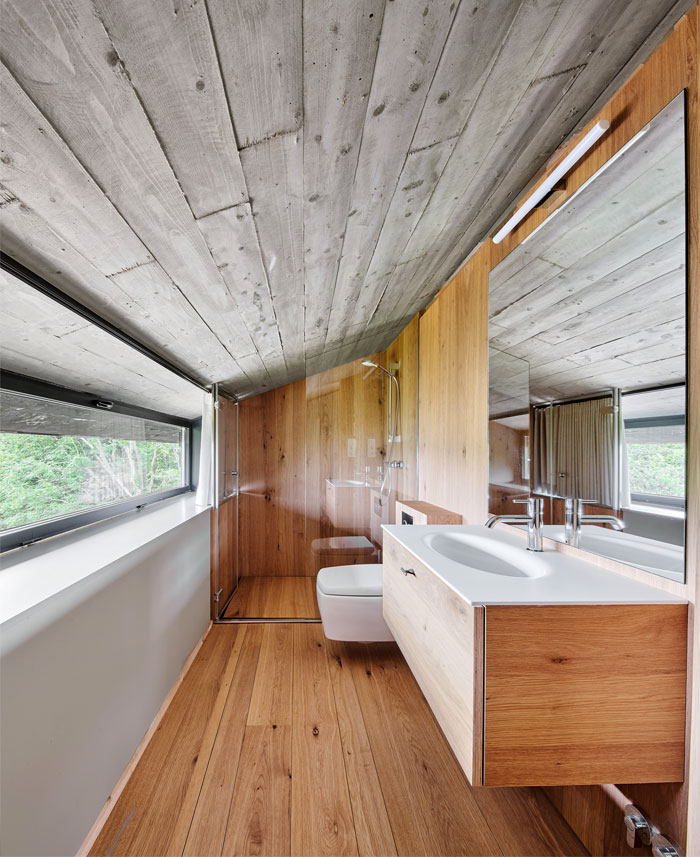