Space Casuals studio has recently received a very challenging brief: Three apartments for rent, in a new residential complex, in the north of the Romania’s capital city: Bucharest. Their configuration are quite similar, with a total area of about 70 square meters, a free space for the living area, with a small entrance hall, an open kitchen, two bedrooms, a bathroom and a guest toilet. 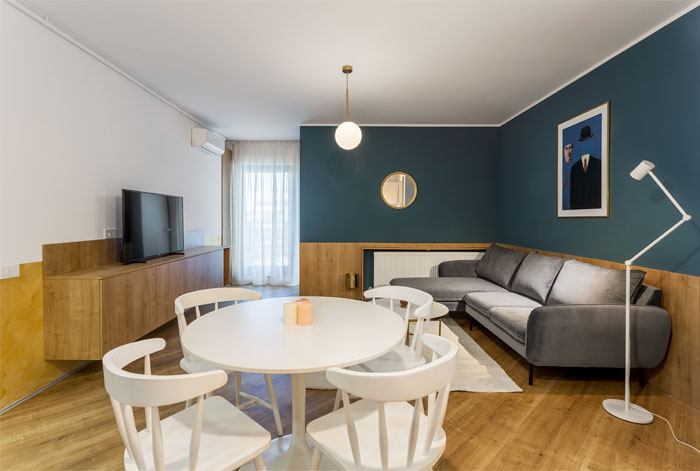 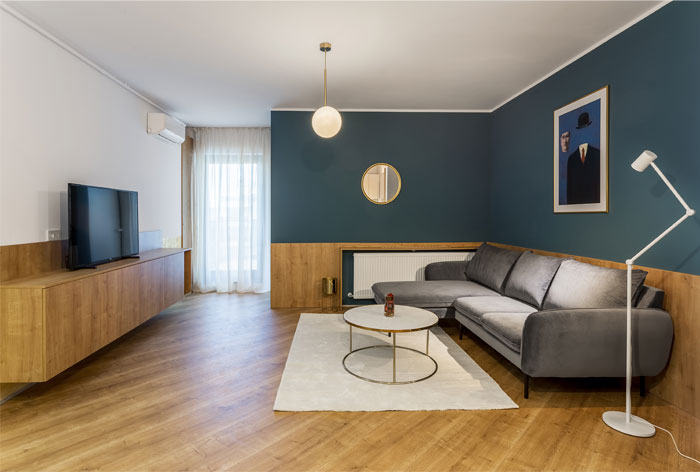 However, the space was extremely generous and allowed a flexible accomodation scheme: a young couple, a family with children or even a single person who can have a small workplace at home in the same time. From the beginning the client had total confidence in our decisions (he had seen some of our works before, this was actually the reason he contacted us) and we had total control regarding the decisions for the arrangement of the space. We only had a condition related to a fixed budget for each space, a time calendar (the spaces had to be delivered in a relatively short time for economic reasons) and also, a requirement related to some kind of repetitiveness or similarity of some furniture pieces. 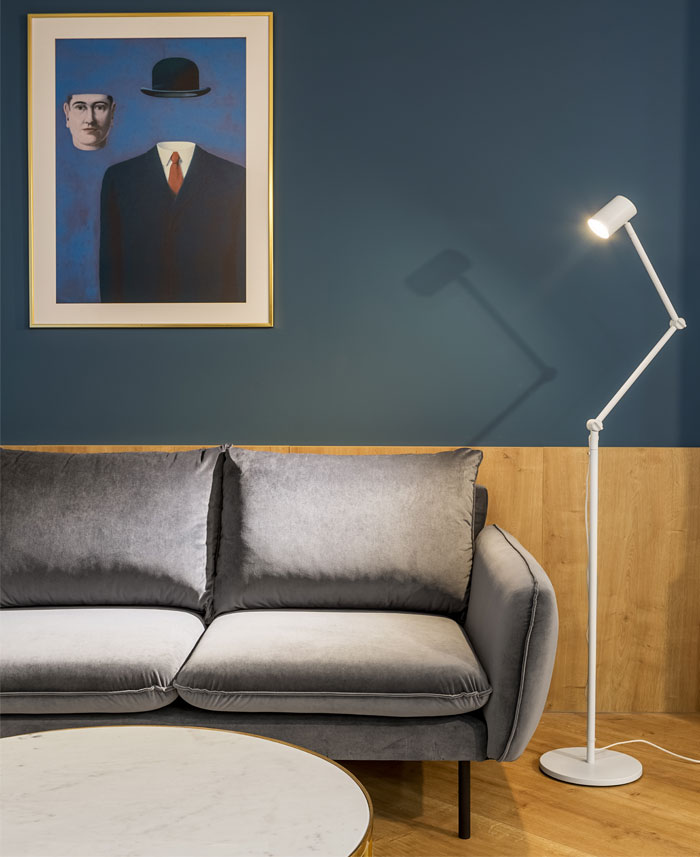 Thus a unitary theme, with strong personality for each space, a three-way variation of a common scenario. The story that shaped our script was linked to a modern art exhibition we had recently seen. At the time we had just returned from Italy and our mind was stocked with some pictures from an exhibition we had seen, among other paintings by Rene Magritte, Giorgio de Chirico and Tamara de Lempicka. We somehow associated each space with an atmosphere and a color palette related to a few iconic images from the exhibition, with the intention of using these images reproduced in print for each apartment. A slightly ironic gesture, almost pop, in which we imagined that any space, even if common and banal until the end, is entitled to a splash of art. 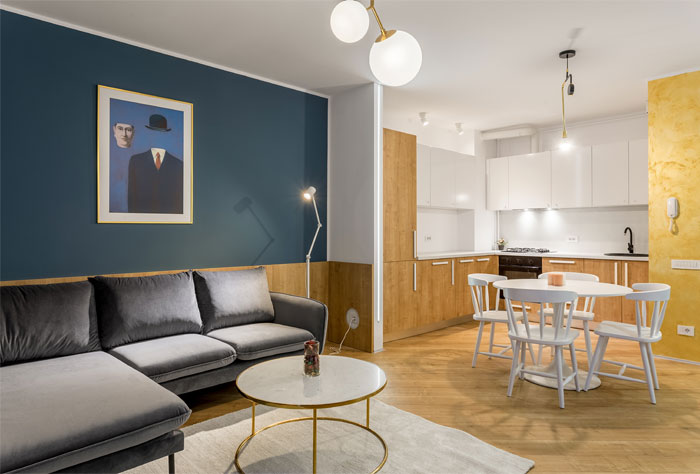 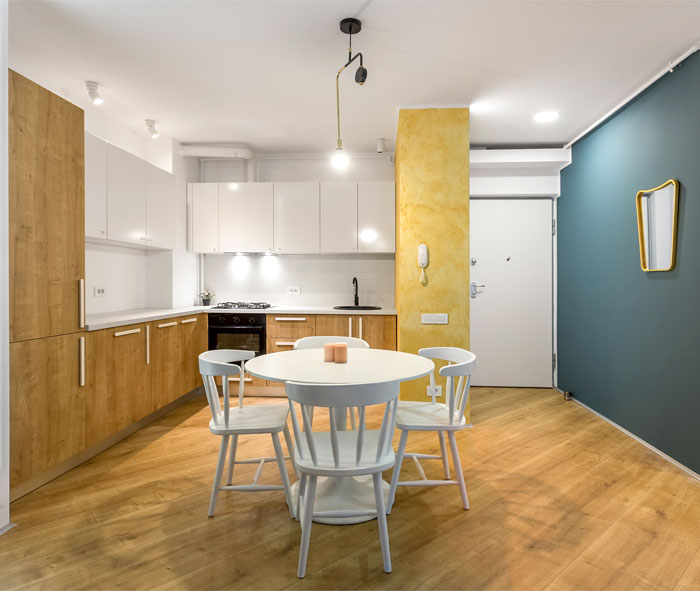 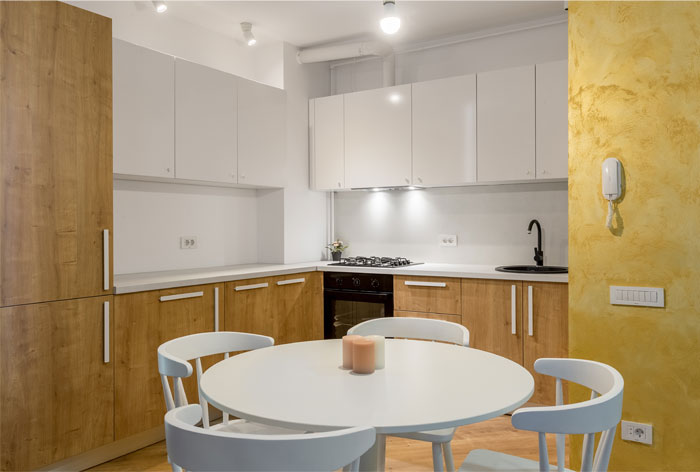 The finishes are in white tones, with temperate colors as accents.The furniture consists of minimal pieces of mid-century inspiration (a colored velvet sofa, some curved wooden chairs, small golden accessories). We have created a neutral framework for each apartment: a color tone, a certain type of furniture veneer and some accent consiting in light features or small furniture. A wall oak covering unifies the entire apartment in each situation and is constantly found at the same level in each room. This is the first of apartment where the important elements are the blue navy color, some accents with decorative golden paint, the oak fixed furniture that we had design and the few accent pieces of lighting and small furniture. 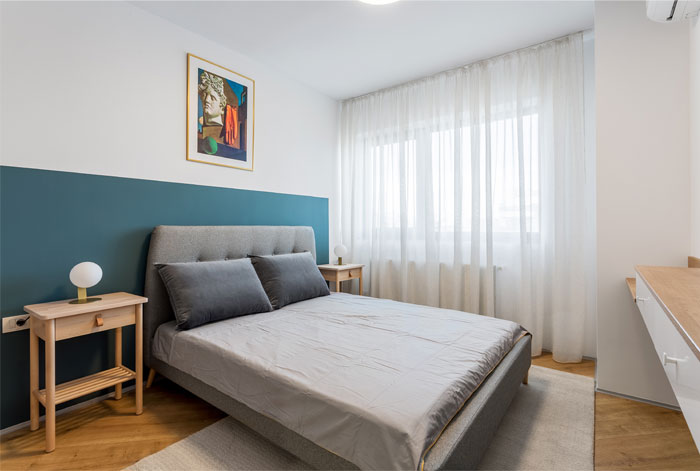 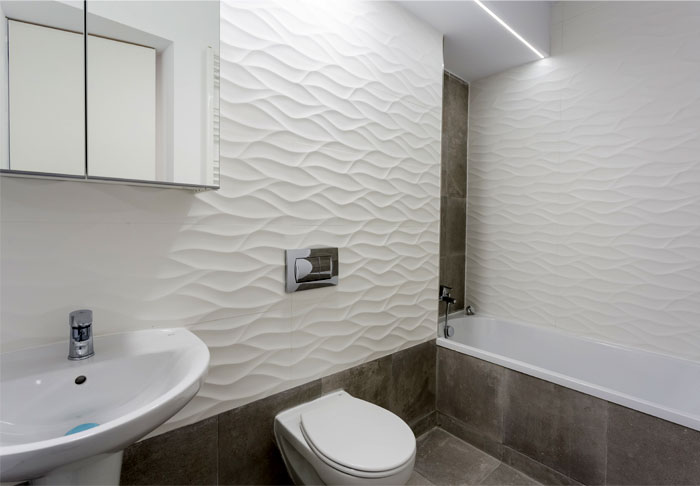 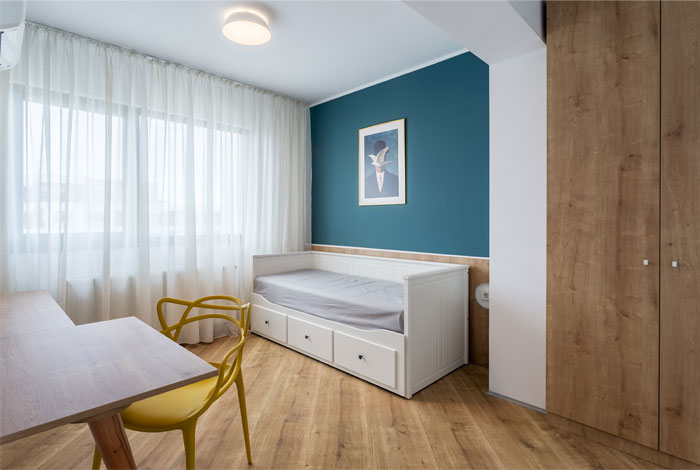 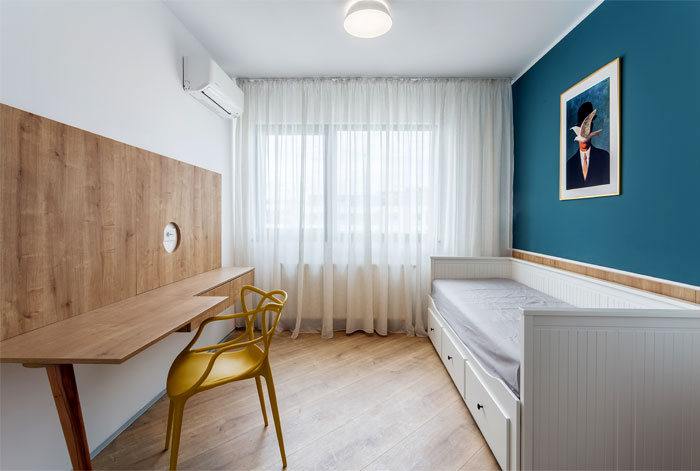 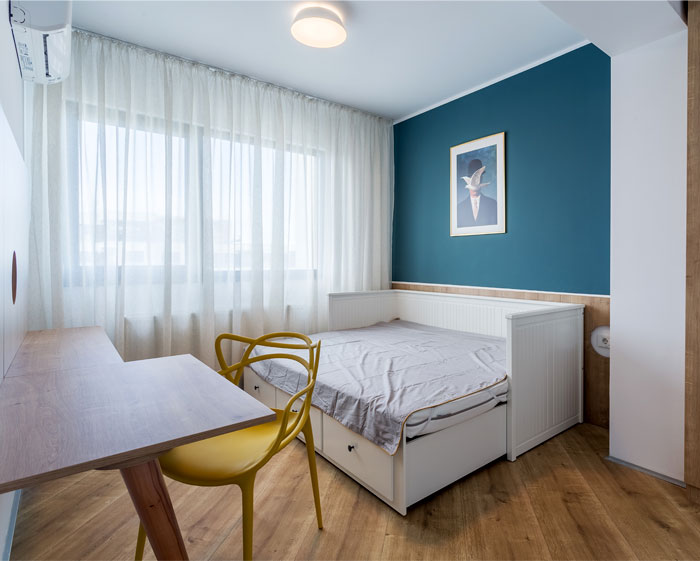