It can be useful sometimes to know a couple of Latin words or phrases For example, the German word ‘Möbel’ derives from ‘mobilis’, because furniture is mobile. The term ‘con moto’, on the other hand, can be found on sheet music and means ‘with movement’. And if indeed it is to be seen on a musical score, it’s an indication to the musicians that the piece should be played with some passion. It’s no coincidence then that the products of Münster-based company conmoto are also conceived and produced with passion, something that is only too clear to see. They are full of character and interpret typological traditions in a refreshingly new way. 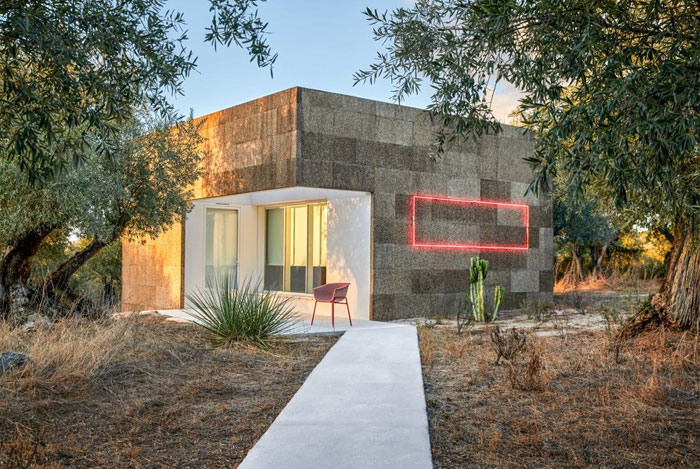 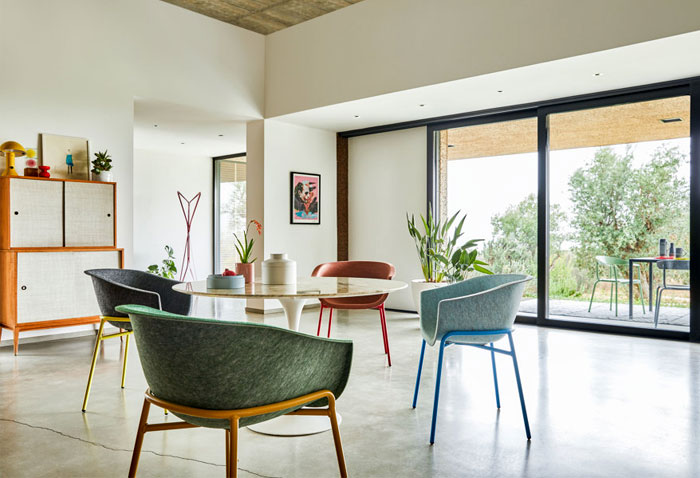 conmoto’s story by the way, began in 1998 with a rather unusual product, the potential of which had been recognised by the founder and owner Johannes Wagner: a fireplace tool set designed by Peter Maly. This successful start gave Wagner the courage to venture into the world of modern garden furniture design together with the renowned designer – an area which for a long time had not offered very much that deserved to be called design. 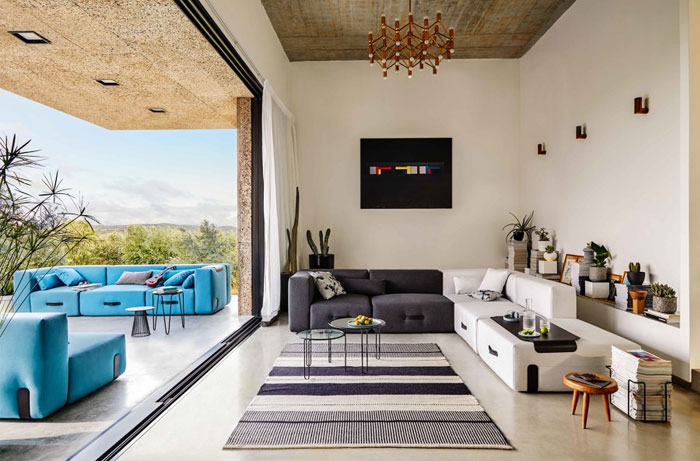 In addition to Maly, Dieter Sieger and his son Michael became close creative partners of Wagner. Further products around the fireplace followed, all of them stylishly staging fire and flame. In the meantime however, conmoto has come to offer a much broader product range, from an impressive list of designers. In addition to those already mentioned, it also includes Werner Aisslinger, Steffen Kroll (Studio Vertijet), Marie Schmid Schweiger, Carsten Gollnick, Pascal Bosetti and Mark Braun. 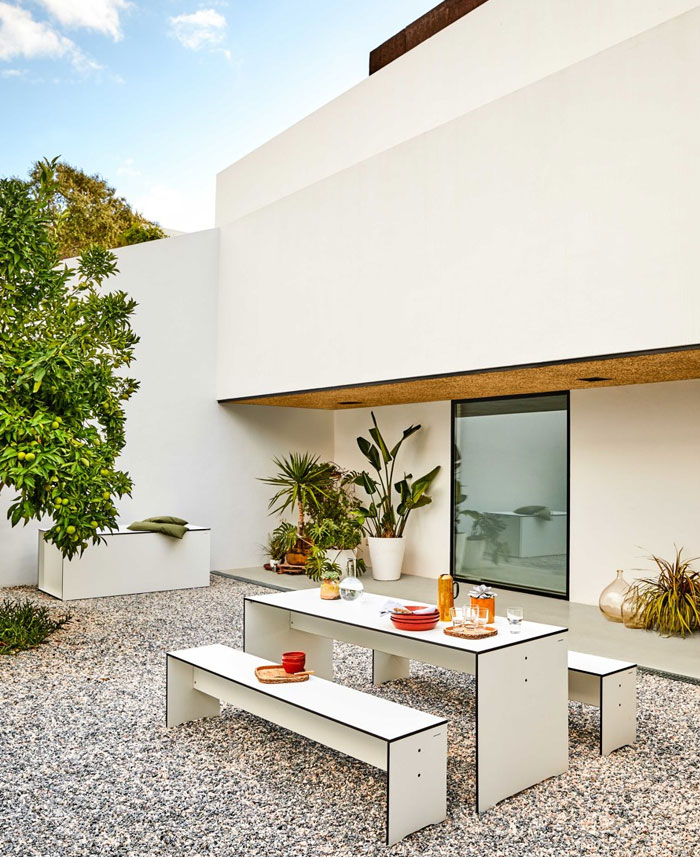 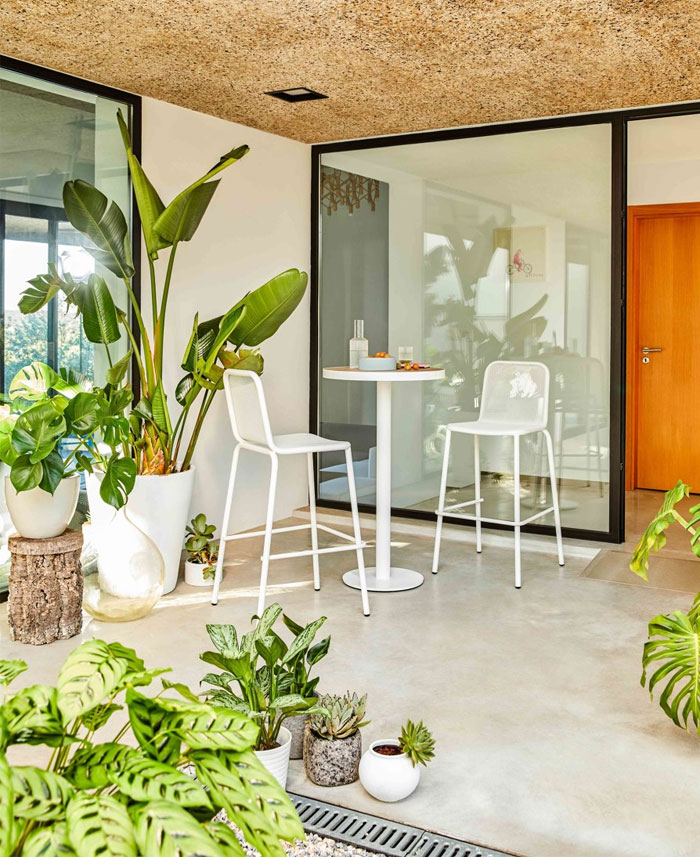 A stunning newcomer to the party is Mark Braun’s Kimono sofa design, a piece of furniture that radiates great clarity and at the same time has something very special and contemporary about it. Born in 1975, Braun is a designer who has made a real name for himself in recent years. As he puts it, kimono is ‘like a hug, and at the same time an elegant piece of furniture’. the name of the sofa alludes to the sleeves of the Japanese garment which form a similar shape to the end pieces of the side rests on the front. 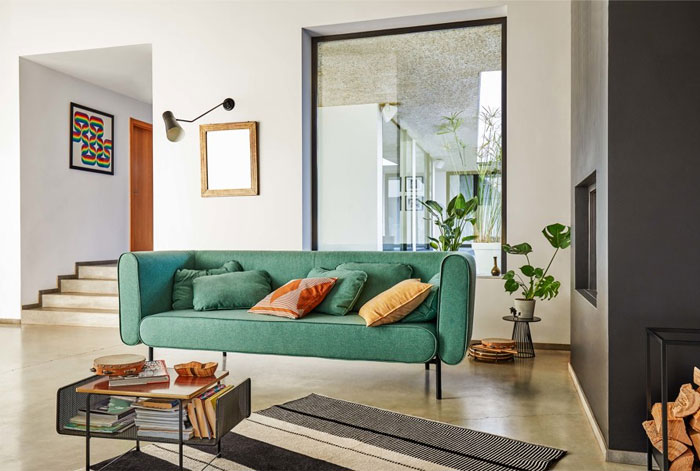 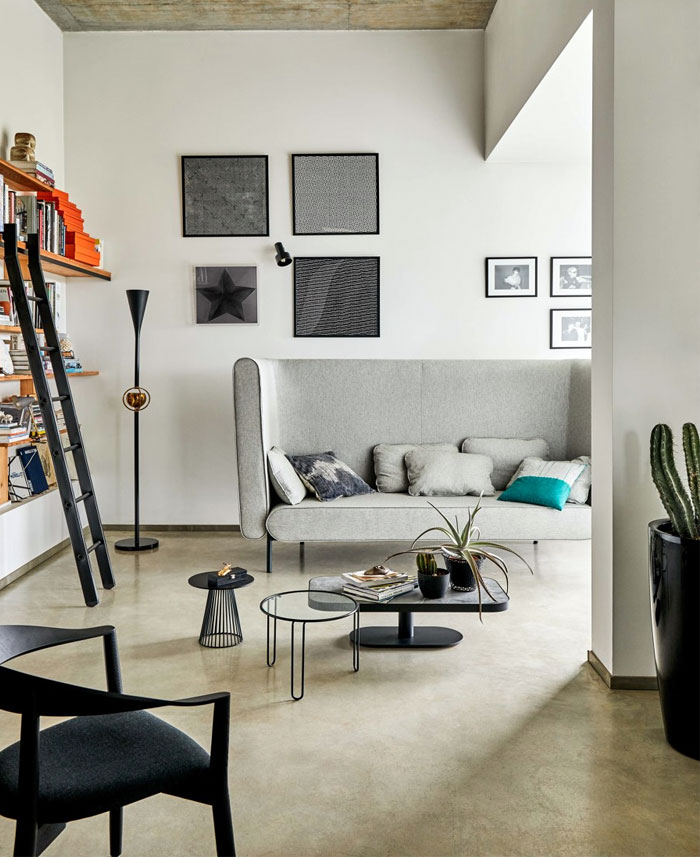 ‘Kimono is like a hug, and at the same time an elegant piece of furniture’ The side rests run at the same height as the backrest, and as a result, the impression is almost one of arms, offering a feeling of protection as well as rest. You can choose between an 88 and 144 cm high version. That’s right – 144 cm! Kimono then becomes a complete personal oasis, shielding sounds and inviting you to relax, and even in larger rooms, like lobbies for example, it makes waiting a pleasure and pleasantly shields you from the hustle and bustle outside. Brand story by Gerrit Terstiege. 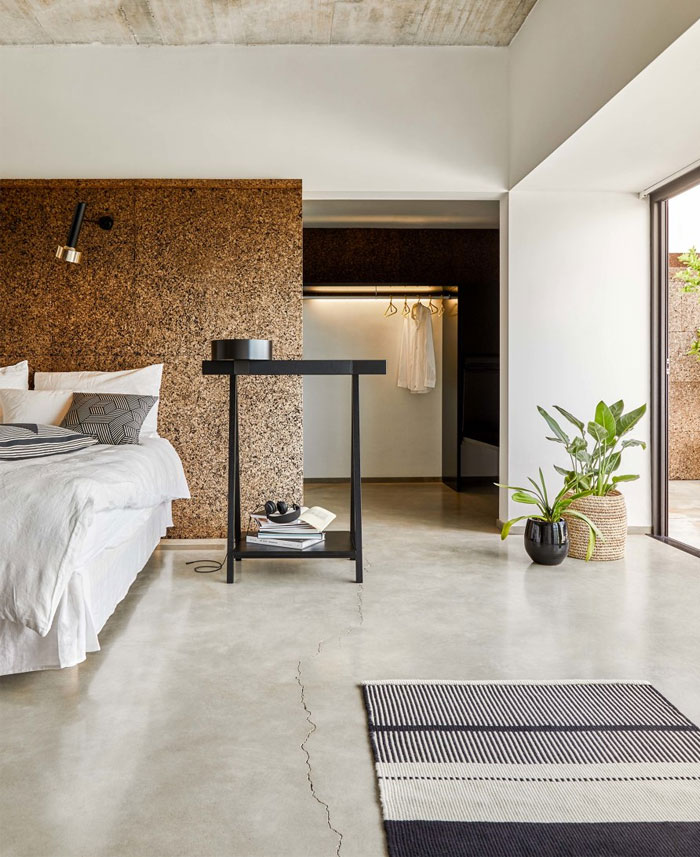 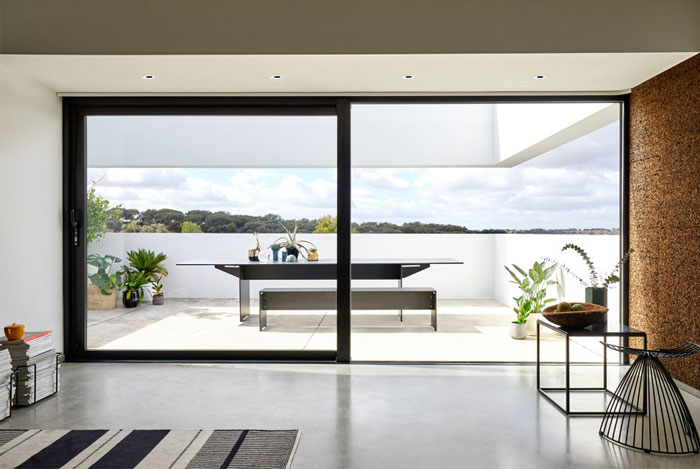