Located within a 1960’s brutalist building in one of Tel Aviv‘s main boulevards, studioDO has completed the design of BZ apartment for a client looking for a city getaway. Developed as a weekend residence for them to host family and friends, the 100 m2 second home centers around an olive-green kitchen that aims to seamlessly blur the lush exterior views with fresh, contemporary interiors. 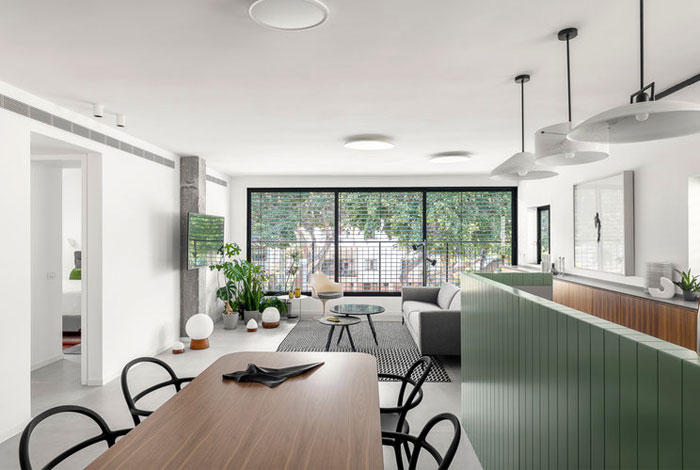 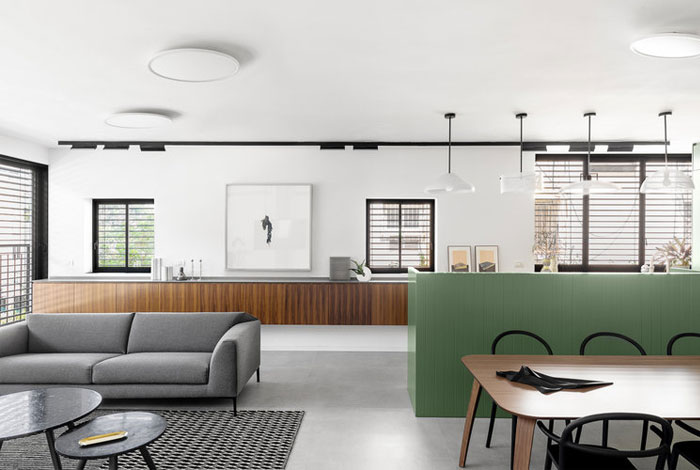 Prior to its renovation by studioDO, the apartment was heavily divided into small, dark rooms and had little visual connection between the interior to the lively boulevard and its surroundings. The original layout was therefore completely transformed. All the internal walls have been removed to open up the space and to enjoy the natural light from the southern elevation. 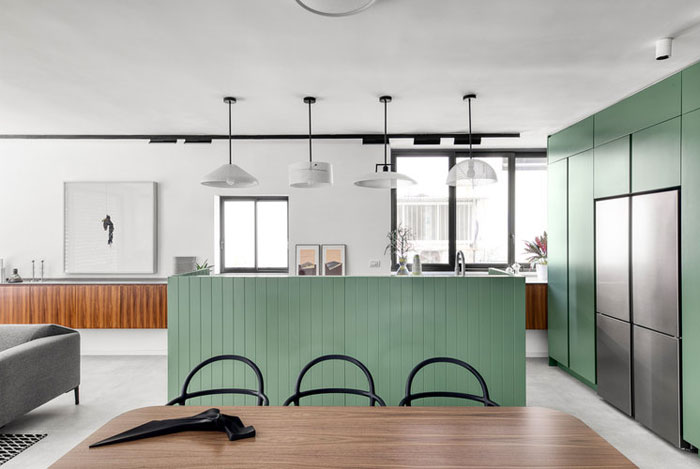 The new layout is composed of a rectangular open living and dining space, which is wrapped by an L-shaped private area with three bedrooms, each one with an en-suite bathroom. The kitchen, which was previously tucked between four walls, is now part of a large social space with expansive windows facing the boulevard. The kitchen is comprised of three elements: an olive-green storage cabinet, which conceals the entry door to one of the three bedrooms, a box like island and a nine meter long floating carpentry unit, spanning from the kitchen through to the living space. 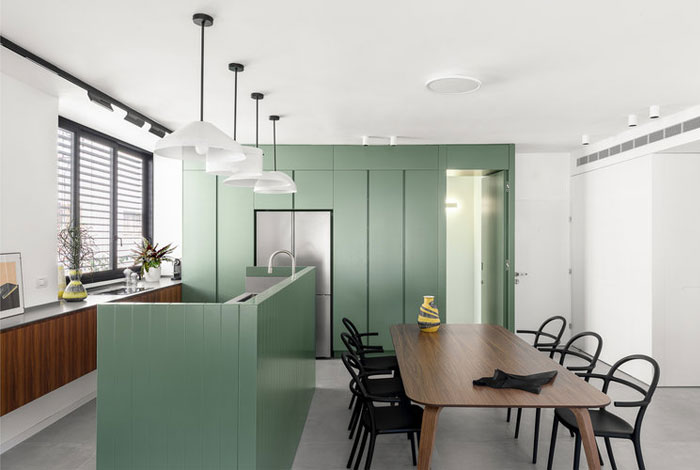 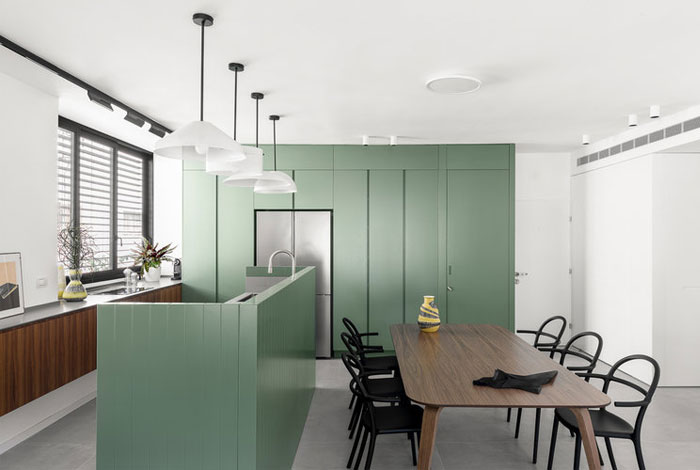 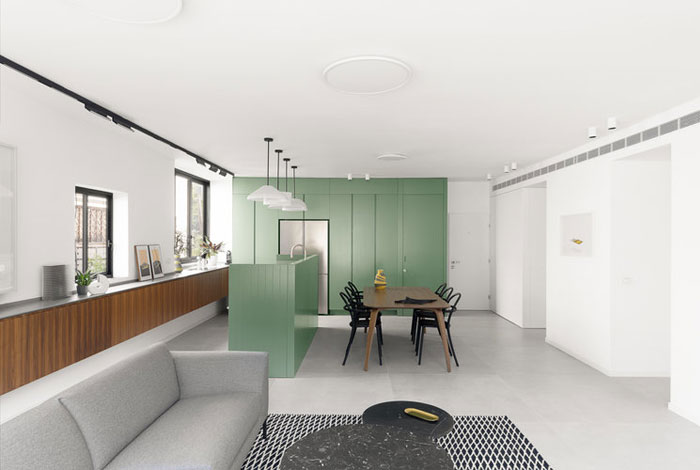 The material palette, which consists of olive green carpentry and walnut wood, draws its aesthetics from the vast views of the boulevard and its ancient ficus trees. The architect placed horizontal elements. Such as a box like kitchen island, custom made lighting fixtures, and a floating nine meter long walnut wood cabinet, to guide the gaze towards a six meter wide windows overlooking the boulevard. The furnishing combines new pieces with design classics: a modern sofa is paired with a nanimarquina hand woven rug, a 1950’s original tulip chair and a marble top coffee table, with a selection of local artworks by artist Orit Haviv and Tal Nisim. Photos by Tal Nisim; 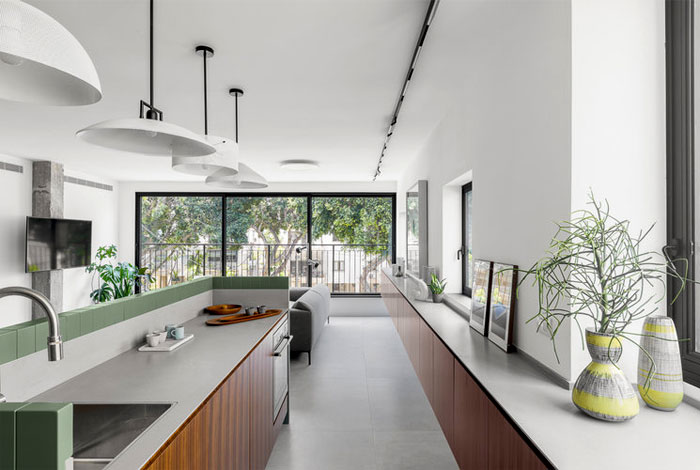 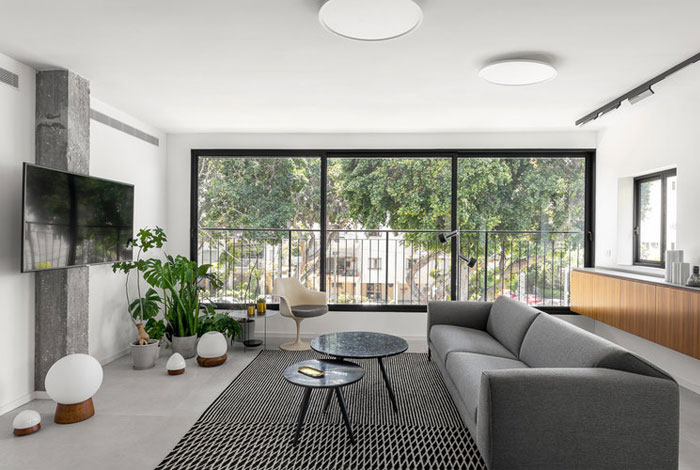 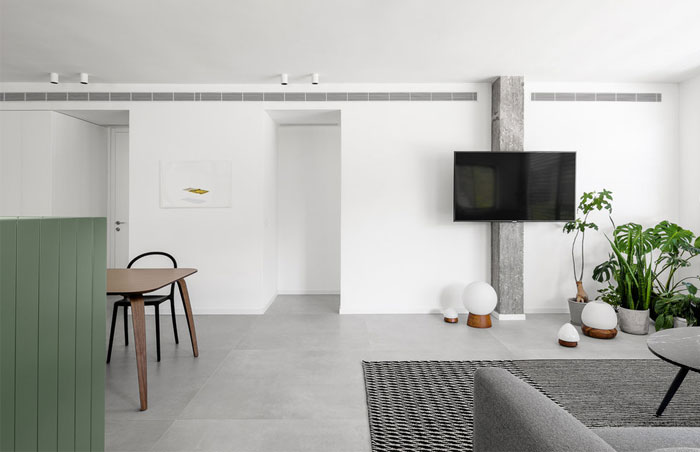 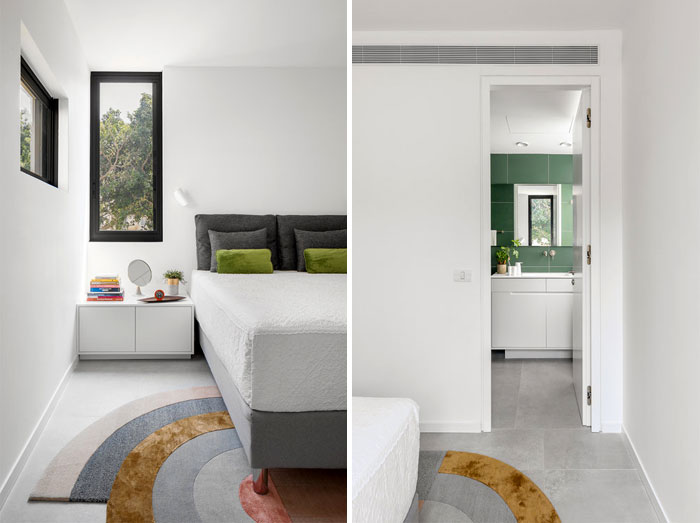 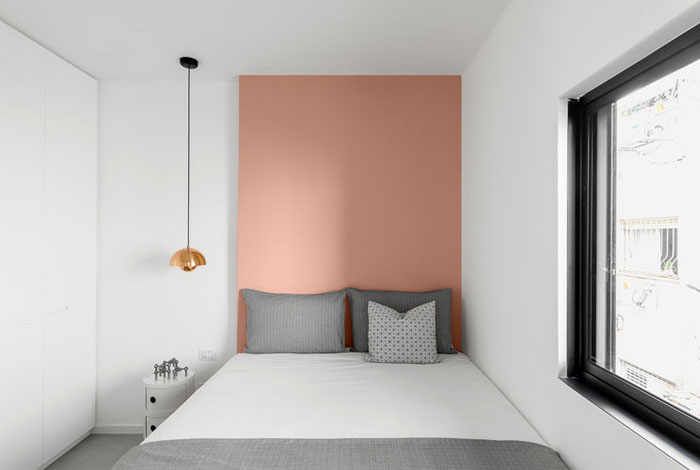 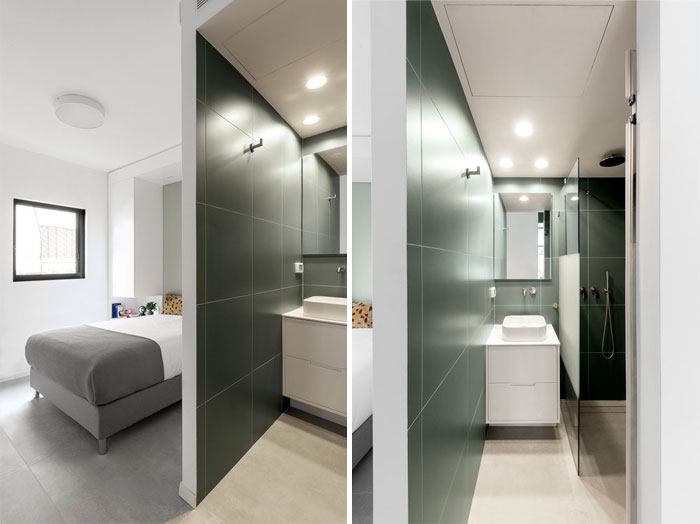 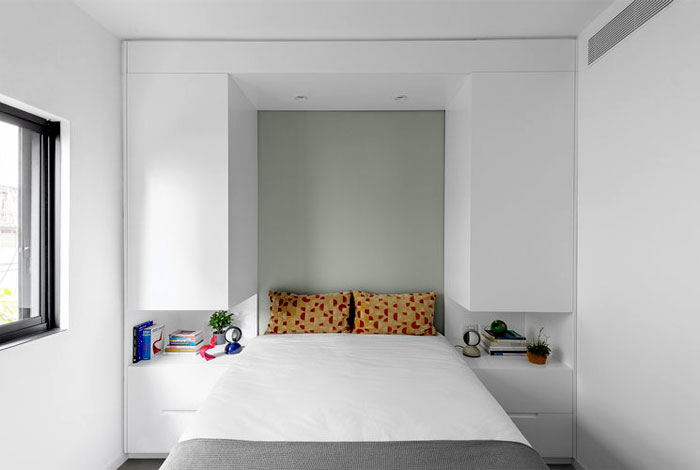