A brand is a tool of cultural communication. In the interior design of HEYTEA store at Hongqiao Xintiandi, we chose space as a medium and try to find the core of emerging brands of tea drinks from local market, and to establish a unique identity of this pioneering brand. 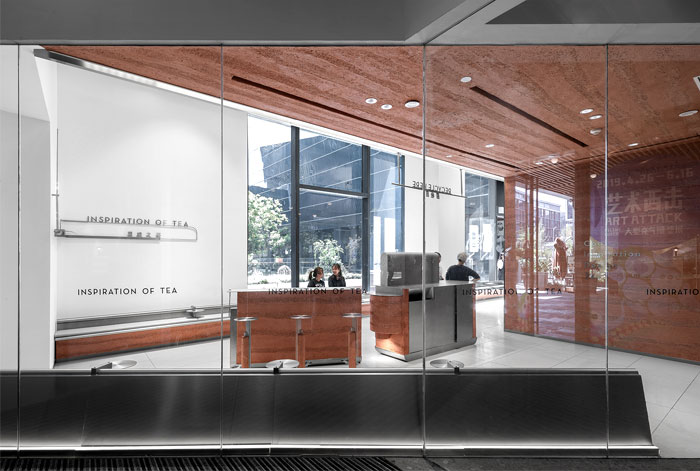 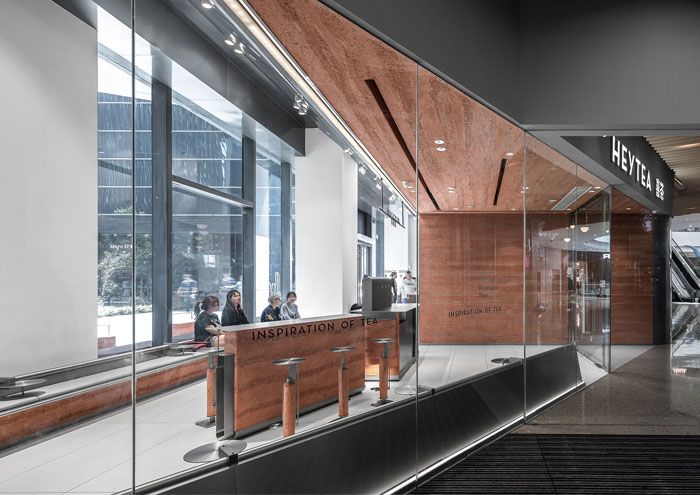 Extended from the brand’s identity — “inspiration of tea”, DAS Lab tries to connect the territorial symbol and the contemporary retail under spacial context. The concept of the design is composed of three parts: internationalized aesthetic combines the locality and contemporaneity of territorial symbols; highly recognizable focal points in commercial spaces; the reproducibility of construction material and crafts. 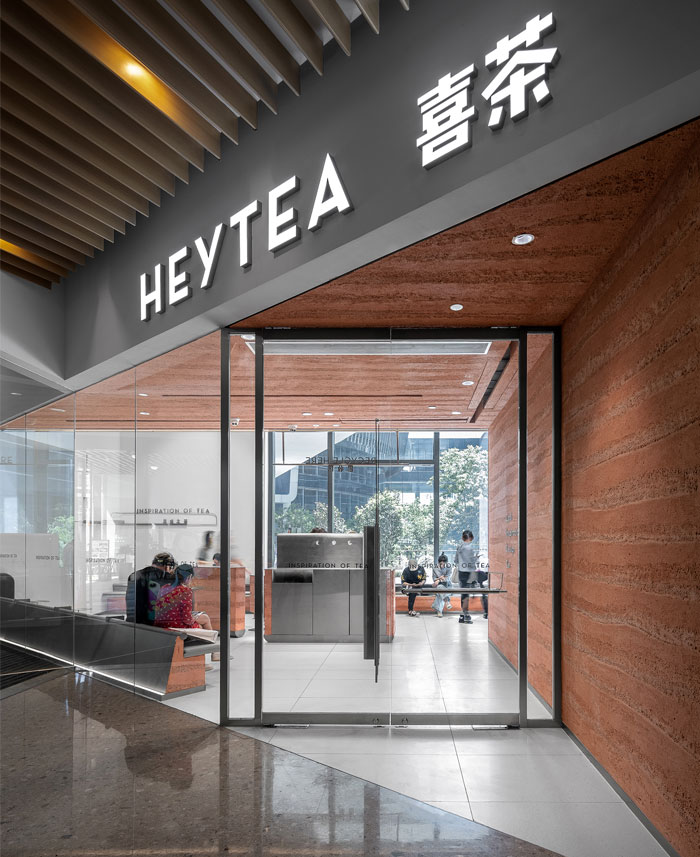 The space, structured by stainless steel in sliver gray, made a distinct contrast with the large area of red mortar, conveying the idea of a balance between the store’s business performance and the brand’s cultural value. The red motar simulated the texture of rammed earth, a traditional material in China, which delivered a vigorous power when in comparison with the lightness of the structure, thus an oriental sense of control and release is raised within the space. 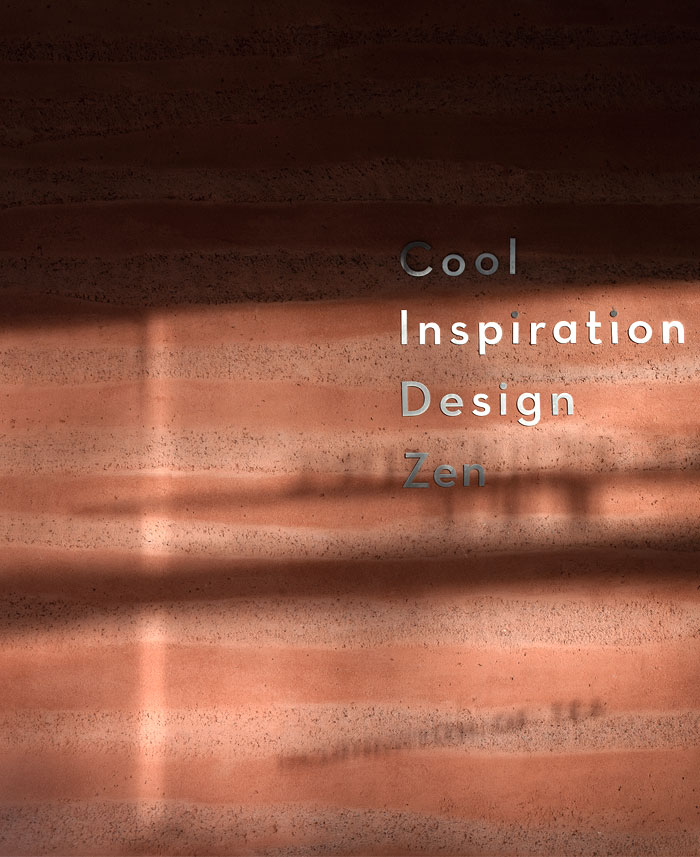 The conception of the space started with a section, where the light penetrates into the interior through the rectangular openings on the facade, and the double-height oblique ceiling has cut out a new architectural form. We hope such approach itself could be powerful enough to show people the boundary of spaces and the results of physical experiences. 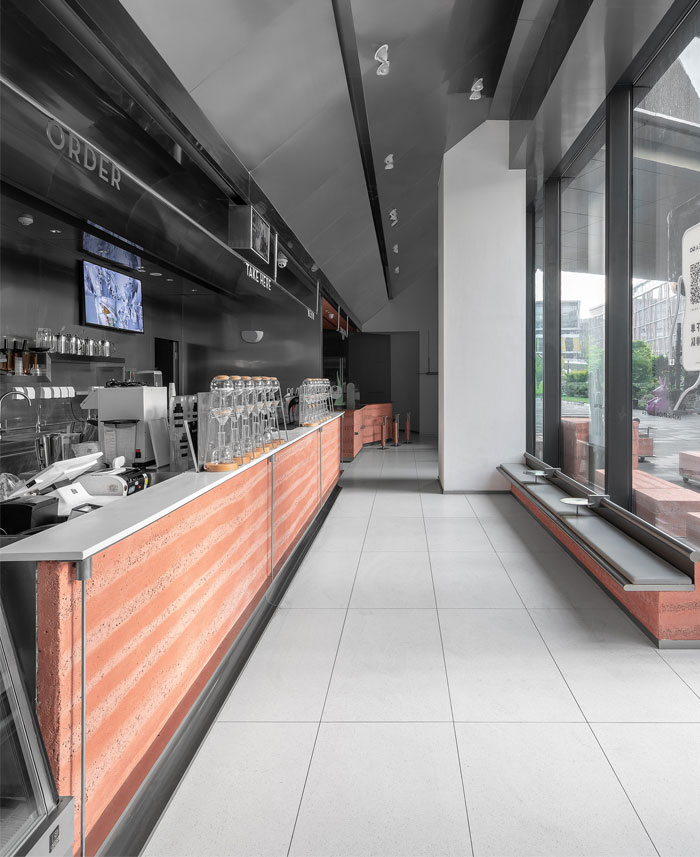 The idea of Local is a respond to Eastern context, territorial culture and business performance after a thorough study upon them. Such respond brought back the nature of locality. At the same time, the contemporary space interpreted the brand of HEYTEA and conveyed its soul to the widest customers. 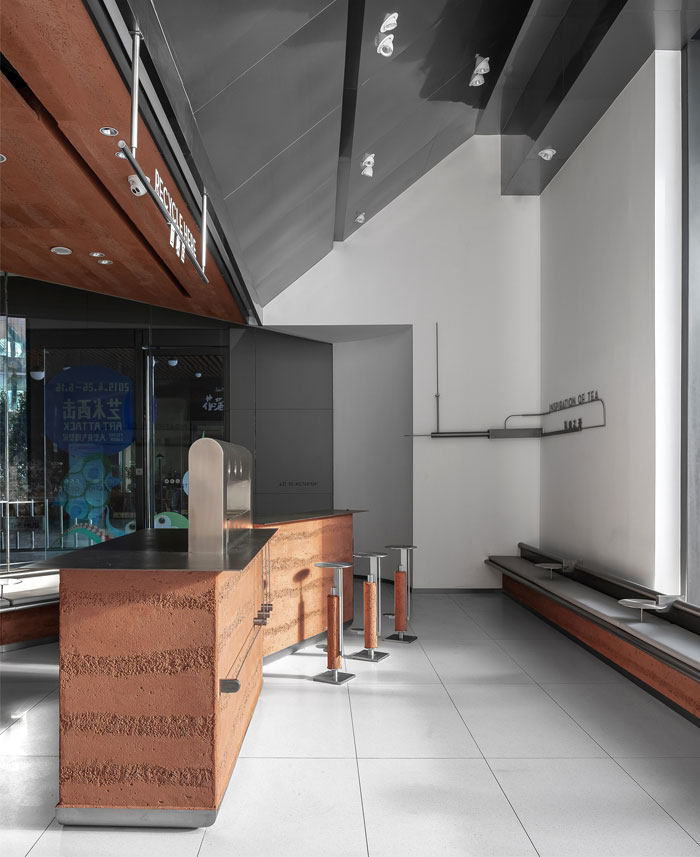 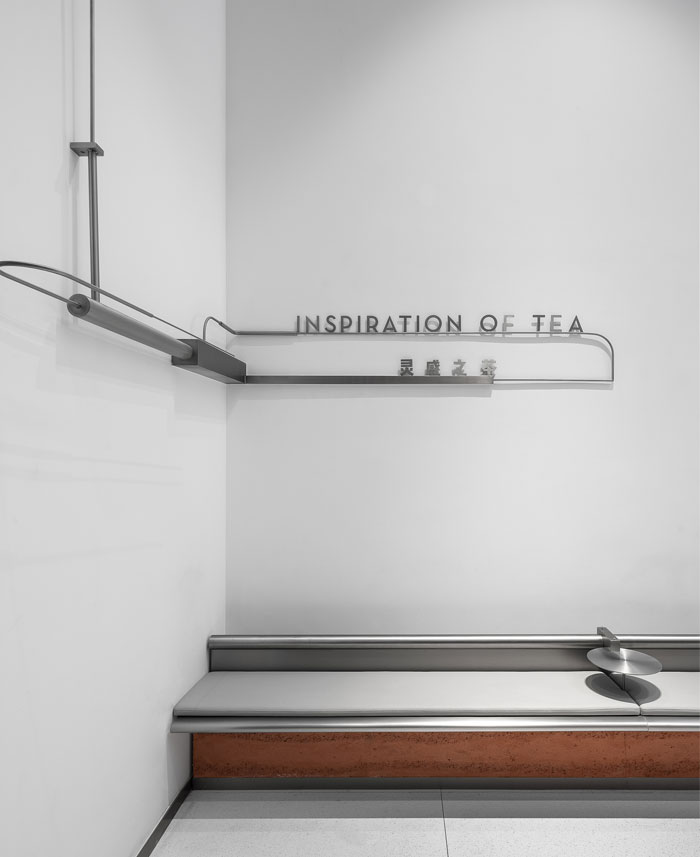 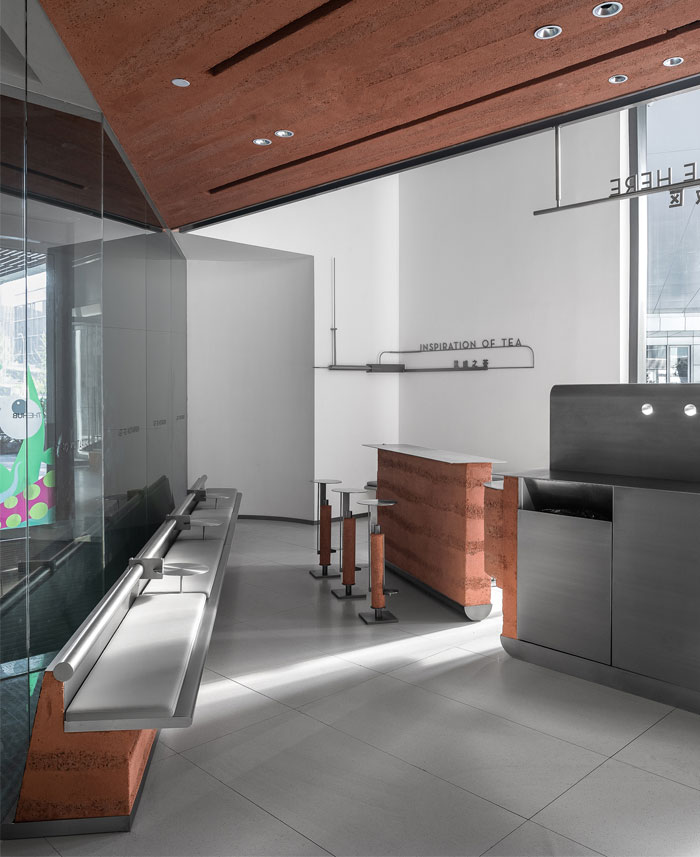 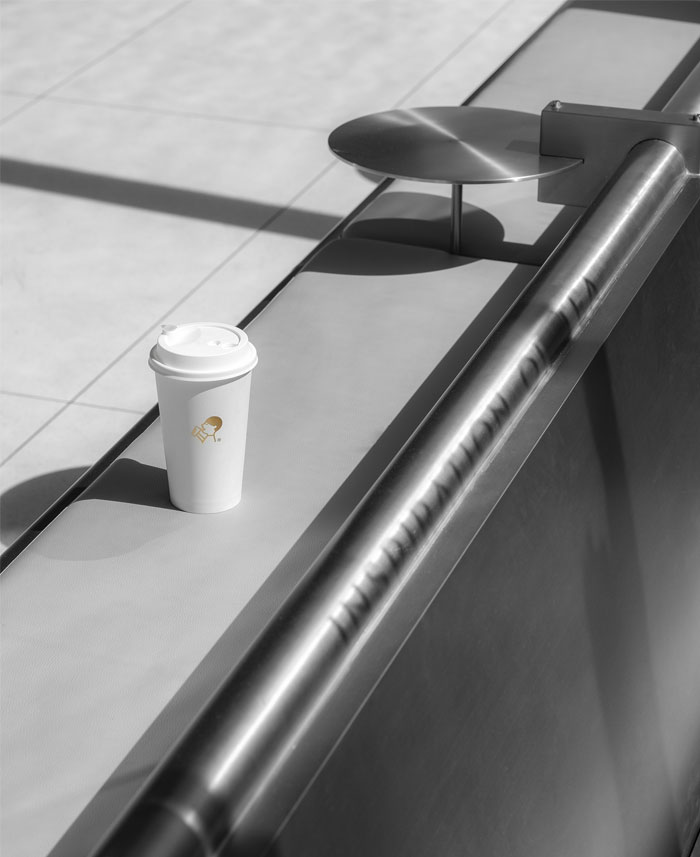 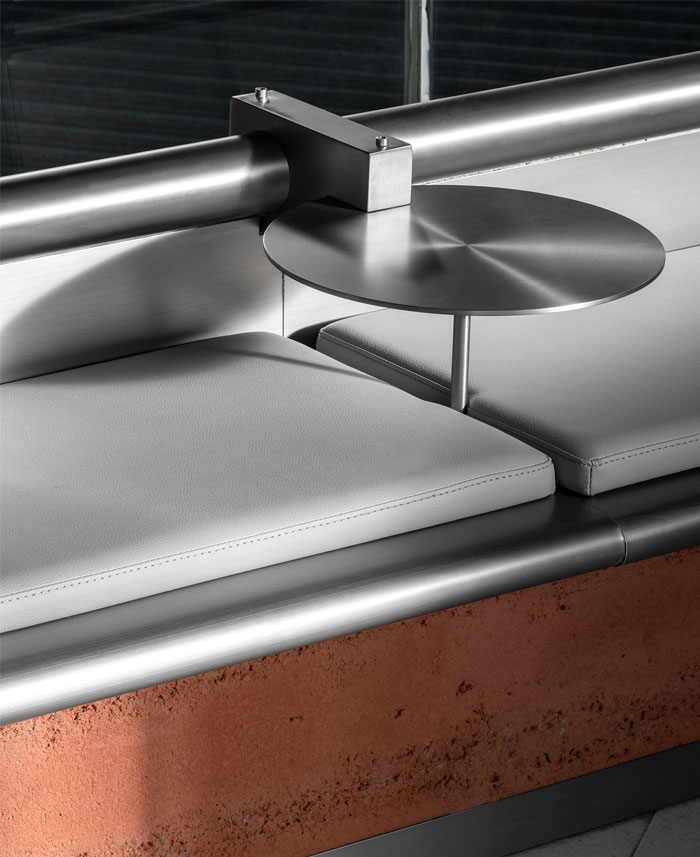 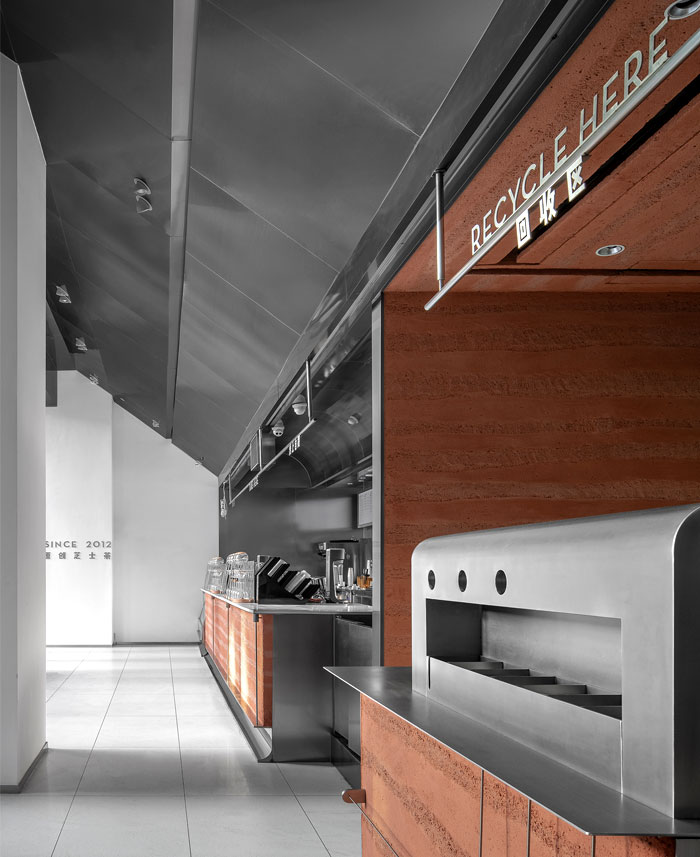 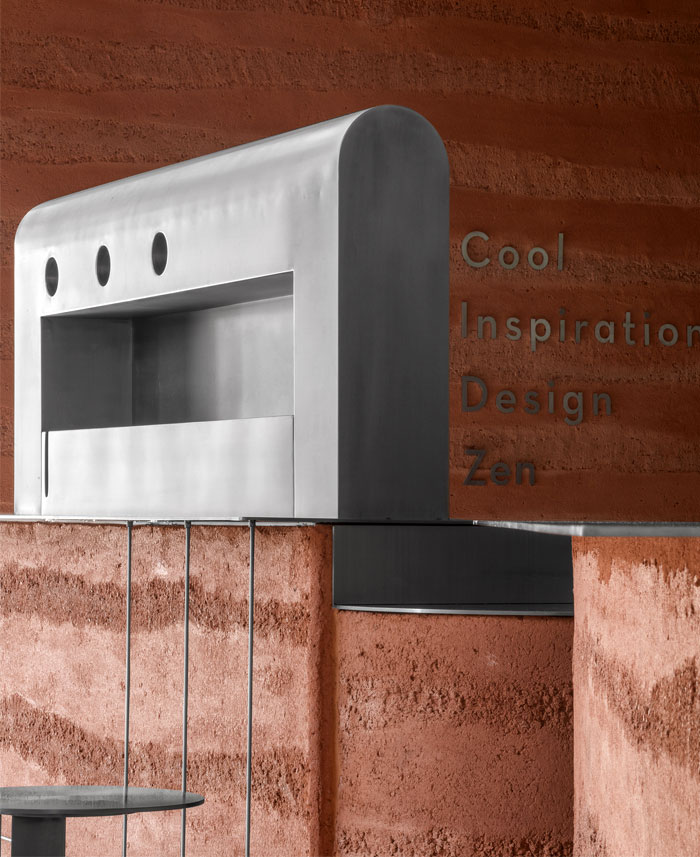 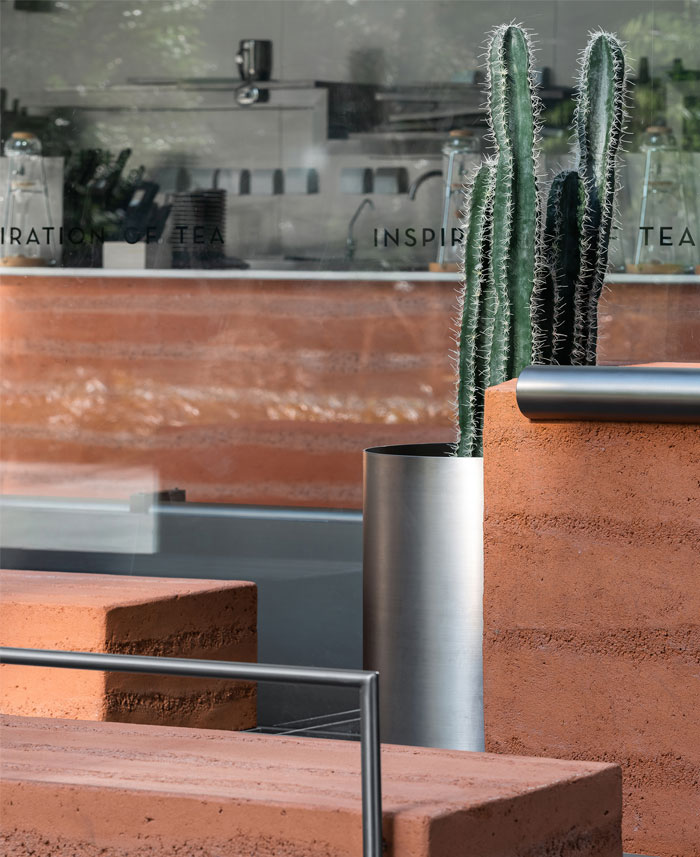 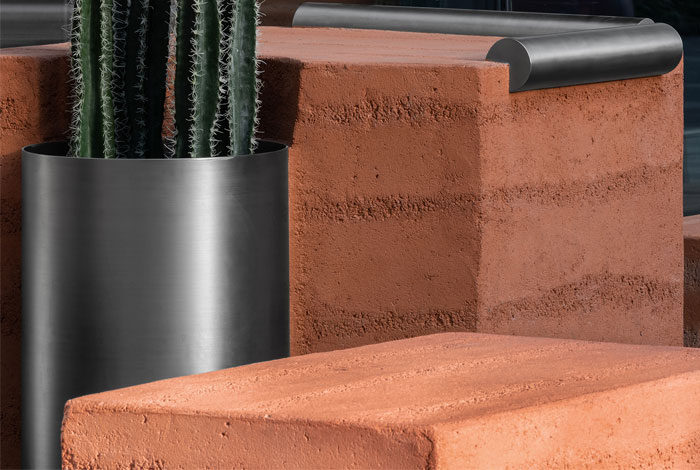