Architect Marilia Pellegrini presents the CASA CONTÊINER ( The container house) at the 2019 Casacor exhibition in São Paulo, showing how is possible to transform shipping containers into a modern and functional house. The concept of this type of project is based on the sustainability and reuse of materials. The time-frame for elaboration and execution of this model of construction is infinitely smaller, cleaner, faster, dry and with 100% reuse. Despite the many advantages, there is still a certain mistrust created, motivated especially by the popularization of industrial and simple finishes for this type of building, creating cold and impersonal environments due to the physical final aspects of construction. Her first mission was to prove the opposite. 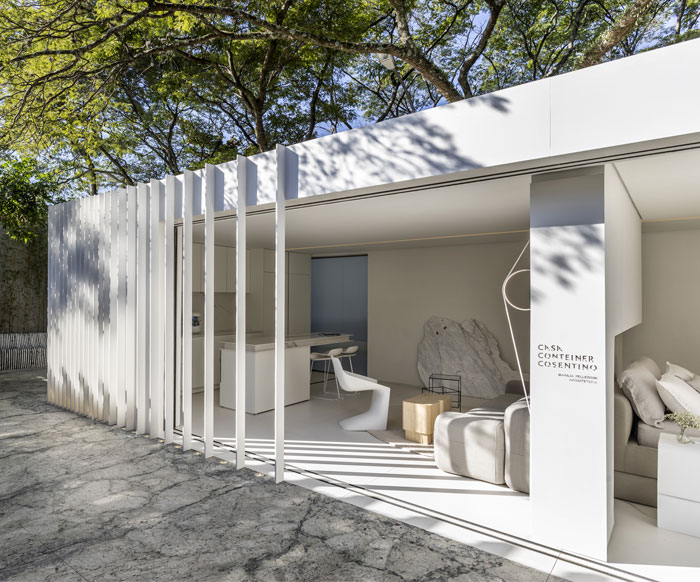 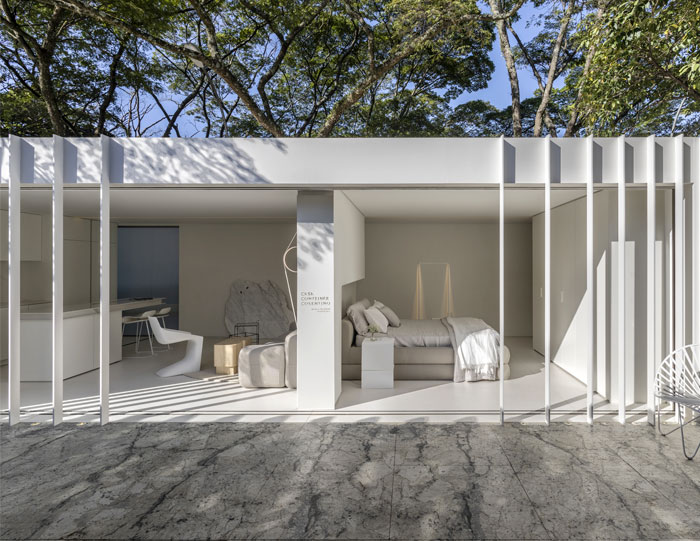 The 60 square meter house was made from two 40 feet containers attached alongside to side and has a living, kitchen, and laundry integrated, in addition to an ensuite with a comfortable bathroom. The spaces were taken by shades of white that has a protagonist role in the function of expanding the space and composing the minimalist climate with an impeccable finish so that the container itself and all its industrial and corrugated structure would be imperceptible to the eyes. The Japanese atmosphere of space rationalization and intelligent design is present in the concept evoked by Kenya Hara (creative director of MUJI) in his “design of emptiness” that was a great inspiration to the architect. Within this logic, pieces of the acclaimed designer Oki Sato of Studio Nendo are present. 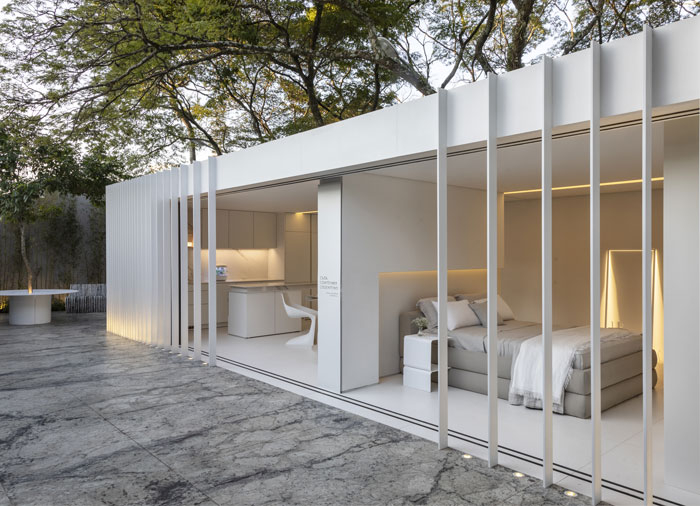 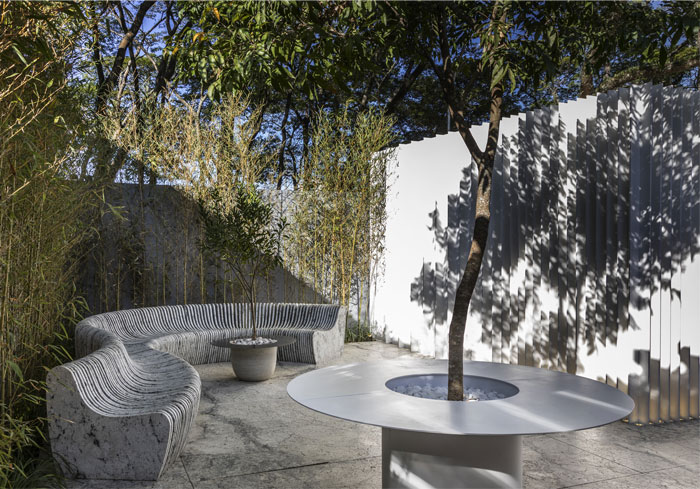 To coat the external facade for floors and brises-soleil the architect chose Cosentino’s ultra-compact Dekton surface. These materials, which reproduce the noble appearance of the marbles,has properties of high resistance to sun rays, scratches, stains, abrasion and were the architect’s choice in this project because they can coat the container internally and externally giving a unified finish with sophistication and in this way it is not possible to say that the house was made from containers. 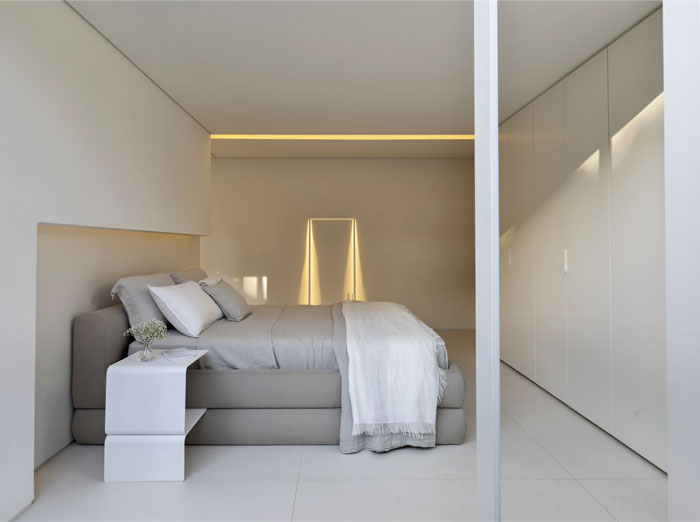 The choice of the container was guided by the needs of the contemporary world: “I thought the concept of the house could work very well, for example, as a pavilion for guests on a plot of an existing house. A minimalist design that competes with no style, not even with nature. ” The container house also has an external area of ​​90 s.qm. with green area, fruit tree and a bench sculpted in Brazilian granite designed by the architect, mounted “in loco” with 204 identical stone plates forming a spiral;  Photos by Ruy Teixeira; 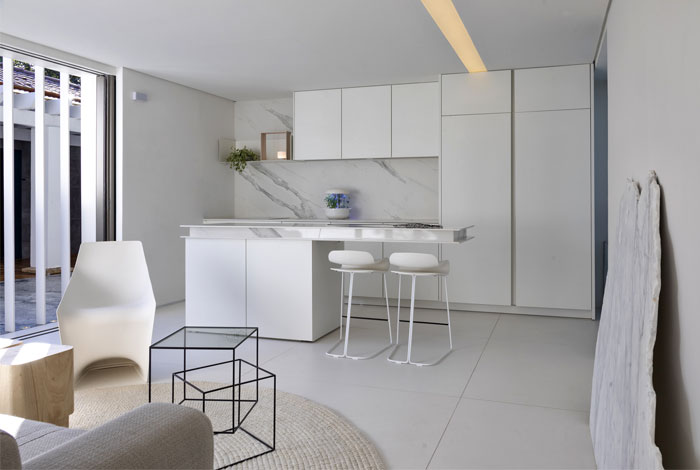 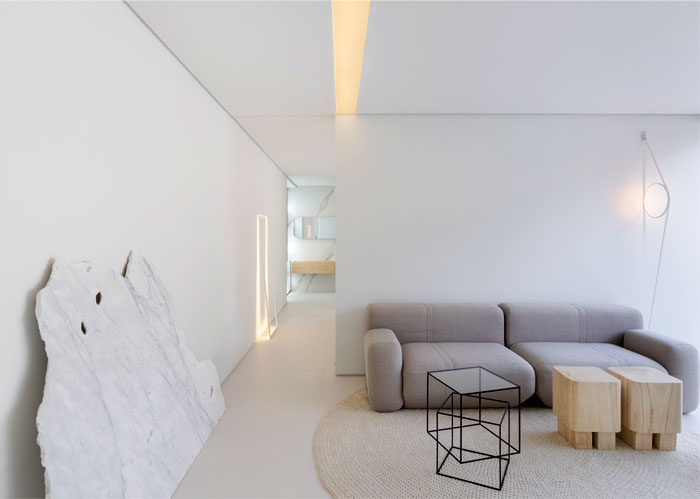 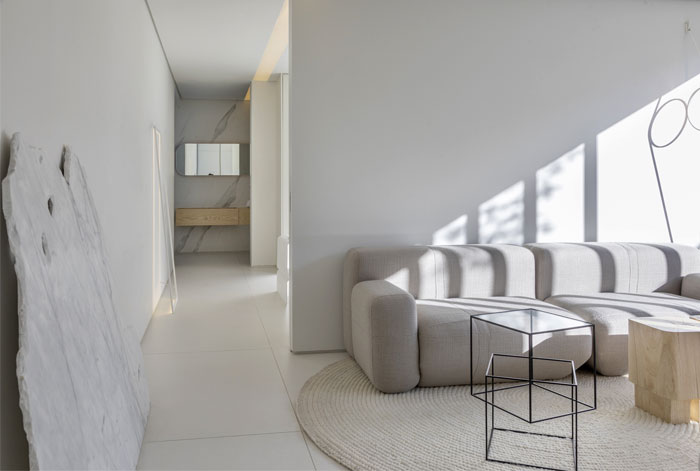 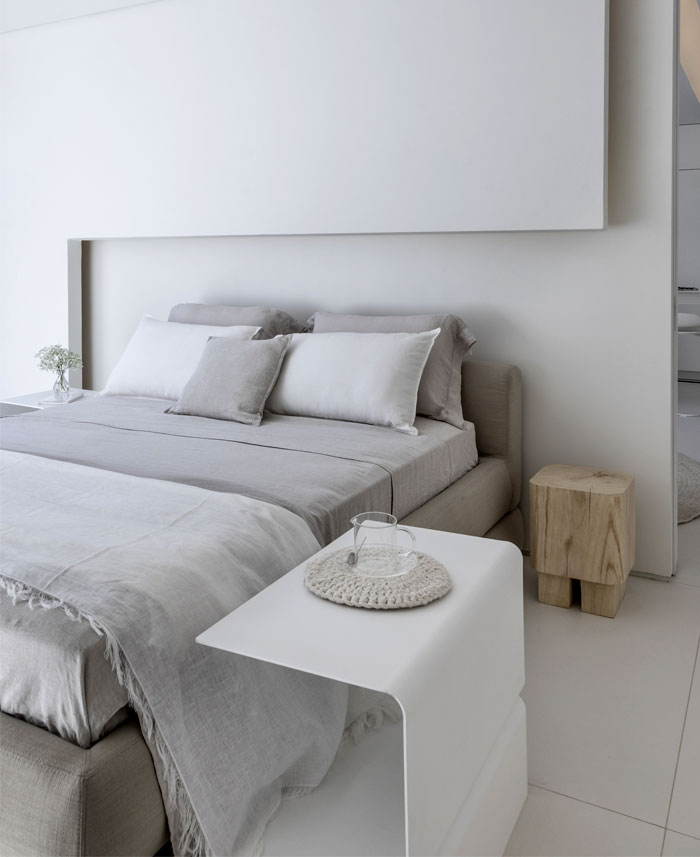 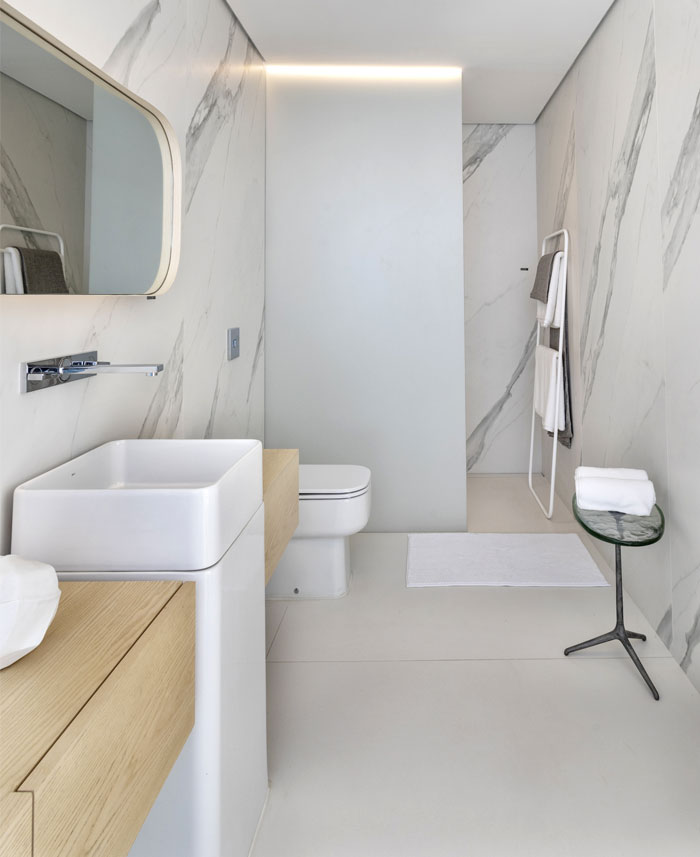 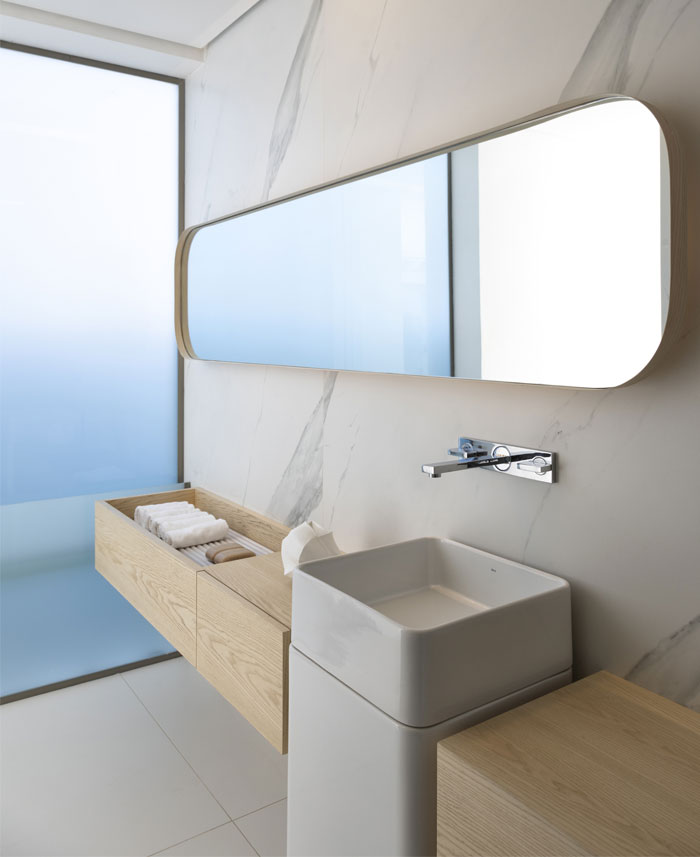