Inspired and guided by the excellence that his work has been winning since his first participation in CASACOR São Paulo, Nildo José, a prodigy architect who in only five years of office has already consolidated as one of the main brands of Brazilian architecture, arrives in festive mood in the edition of this year of the show, where he signs the ‘Casa Dendê Duratex’, a partnership with the supplier of solutions in panels, laminate floors, vinyl’s and skirting boards, which also participates in the name. The event, which runs at the Jockey Club of São Paulo, takes as its theme ‘Planet Home’. 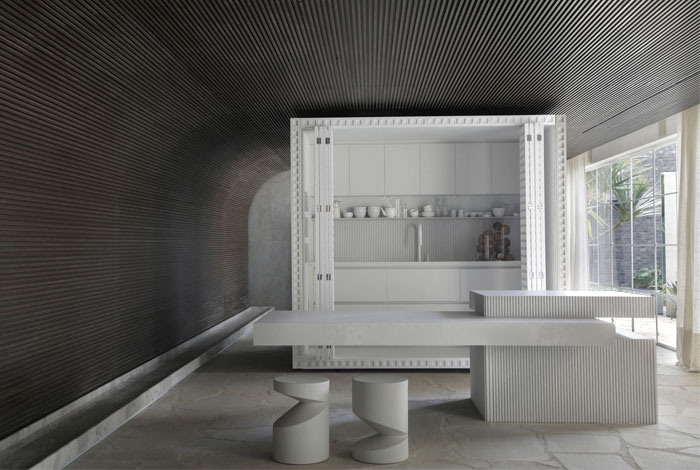 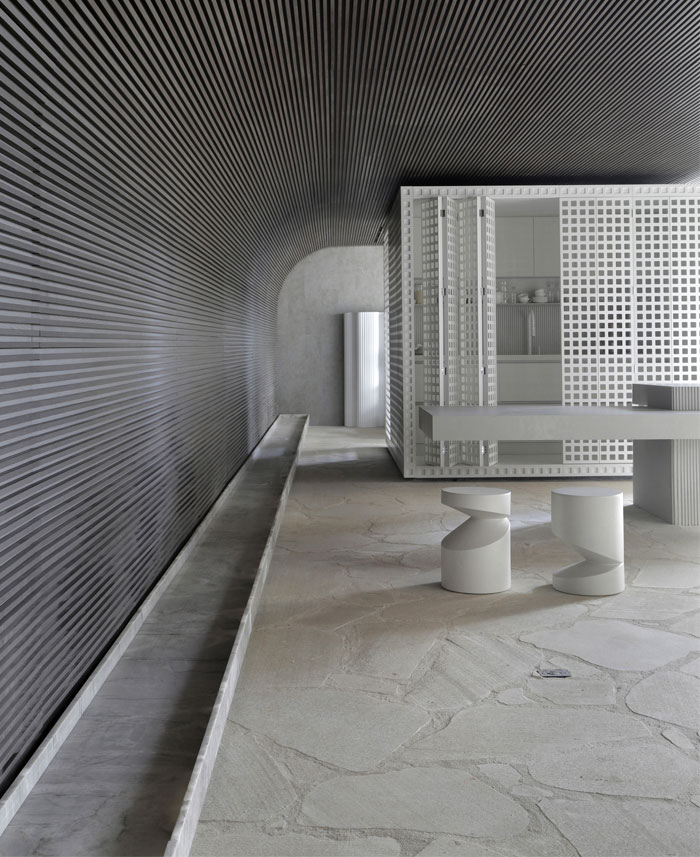 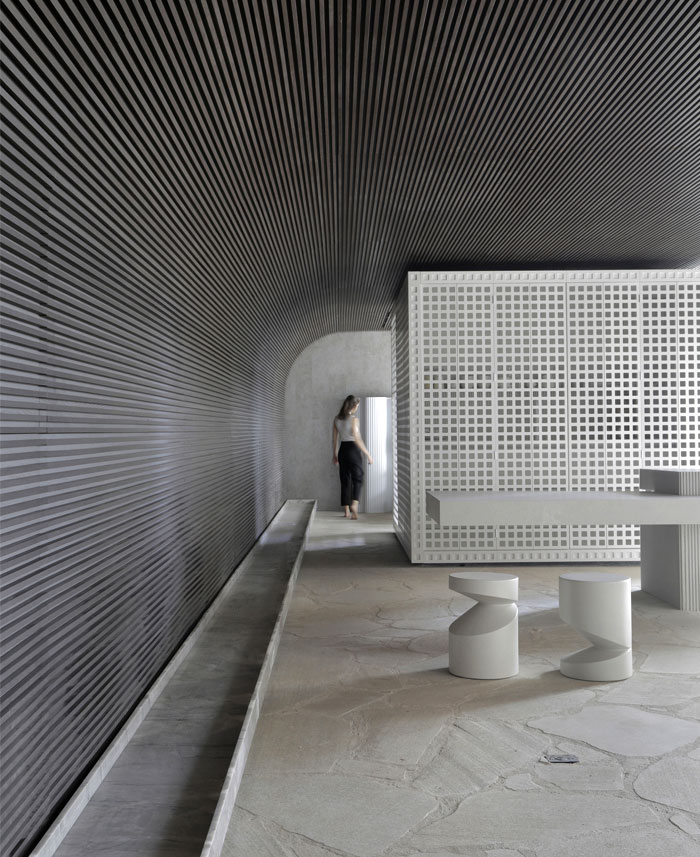 Carrying out its first construction of a complete residence, Nildo devised a project of 155m² with fluid and minimalist environments. Encompassing living, kitchen with dining room, patio with a tree in the middle and master suite, the house escapes from ready-made formulas and the stereotype of colored Bahia, however, expresses in every detail the architect’s special bond with his homeland in a sober way, rich in art, bossa and poetry. 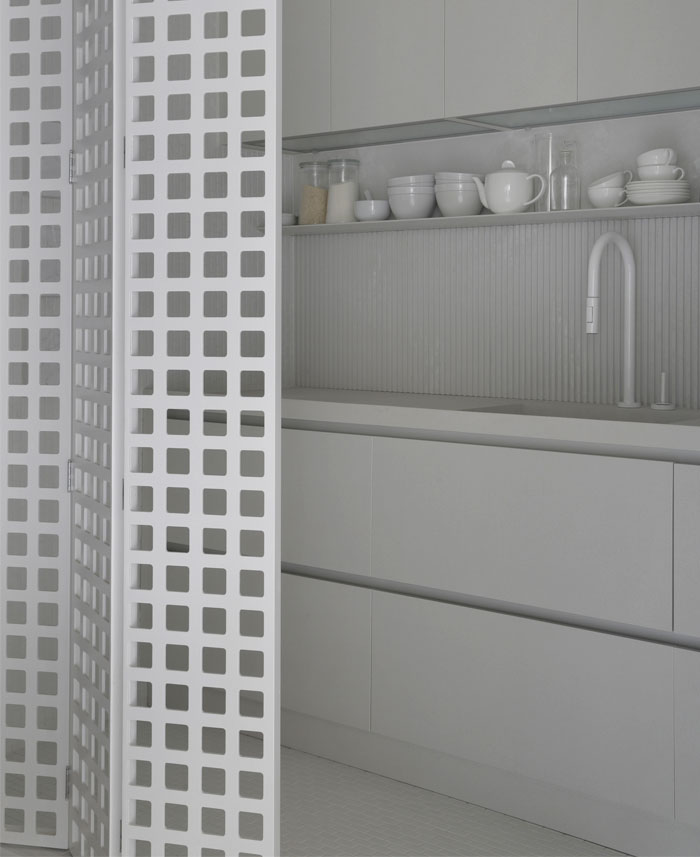 Trying to convey an elegant and at the same time rustic essence, the professional designed a clean architecture, abundant in straight lines, with punctual curves that make analogy to the Bahian recôncavo. The façade, for example, is expressed through a strategic feature, a volumetric play with light and shadows, which evidences the technical expertise of the architect. Upon entering the residence, a marble slab with thick salt, 15 meters long and illuminated by an LED ribbon, welcomes visitors and recalls Bahian mysticism in a creative and subtle way. 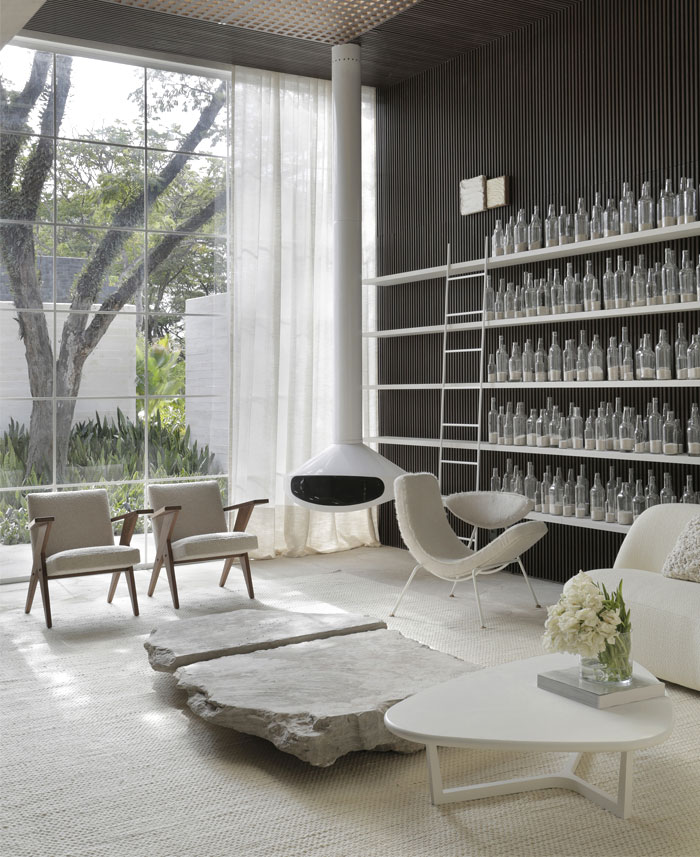 Inside, natural stone flooring forms the visual alongside large glass cloths, installed in the boundaries of the garden of ‘Espadas de São Jorge’ – signed by Bia Abreu – thus making another reference to the Bahian mystic and bringing the sun and the landscape inside the house, a way to recreate the color and the Northeastern heat. The ceiling, in turn, has a zenith clipping, commonly known as a skylight, protected by a special glass that controls the sun’s rays, and a muxarabi, which sifts the light and was chosen because it is an element of Bahian architecture that allows the ventilation of the environment, an important factor due to the high temperatures of the region. 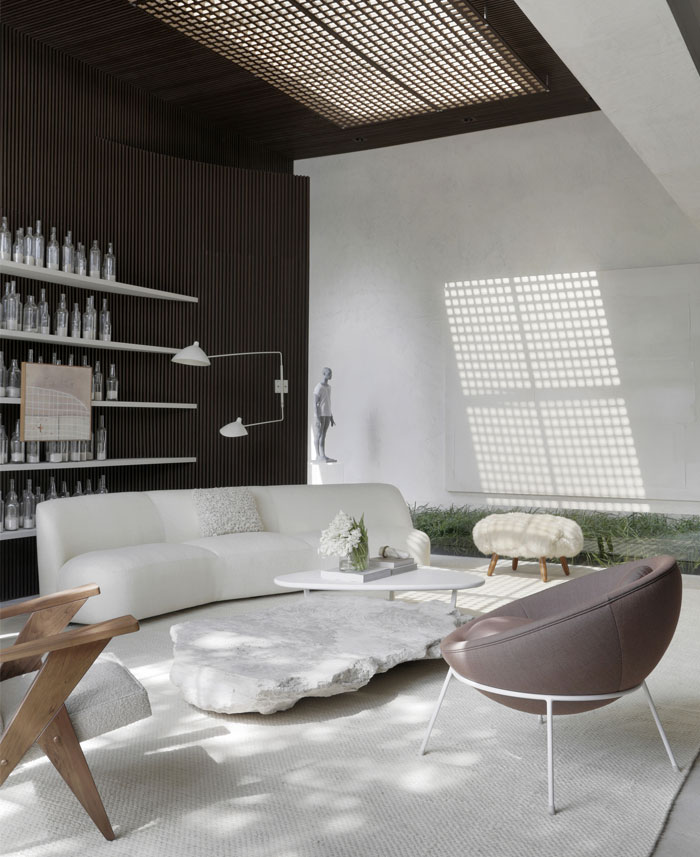 This architectural element is also present in the construction of the bathroom and kitchen. Installed in a kind of central box, made of material, rooms can become invisible only by closing the doors belonging to this microarchitecture. A lounge with four armchairs divides space with the dining table, or Gourmet Island, designed by Nildo, which created a rereading of an original design of French Joseph Dirand. Most of the fabrics, plots and carpets were brought from Bahia and made by the traditional manual loom of the state, similar to those that constitute rest hammocks. Photography by Denilson Machado – MCA Estúdio; 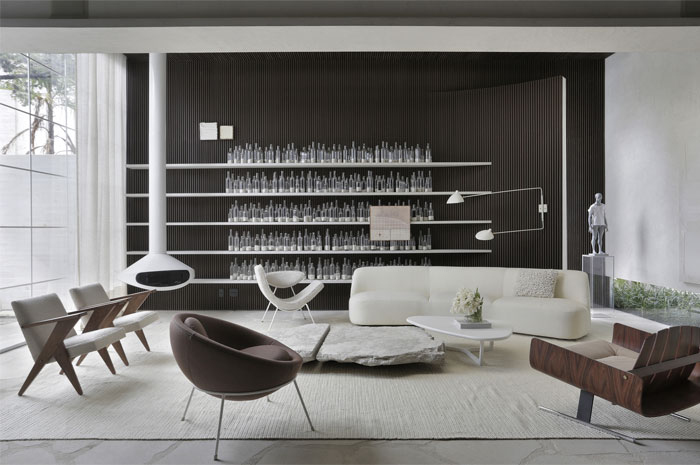 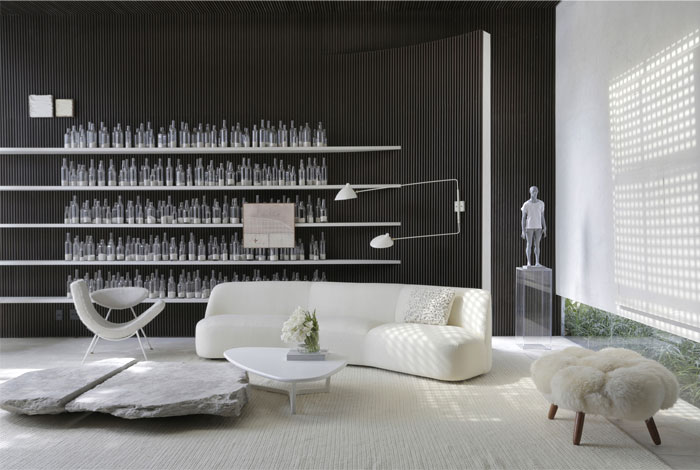 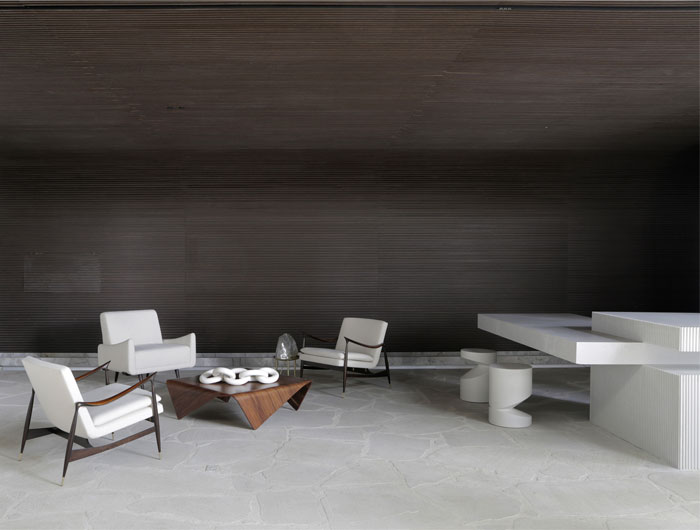 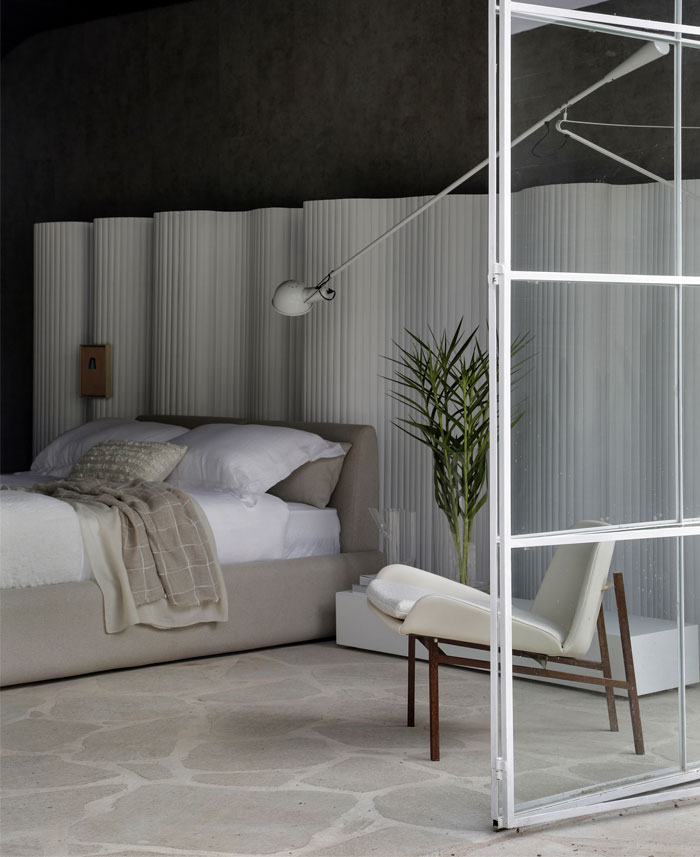 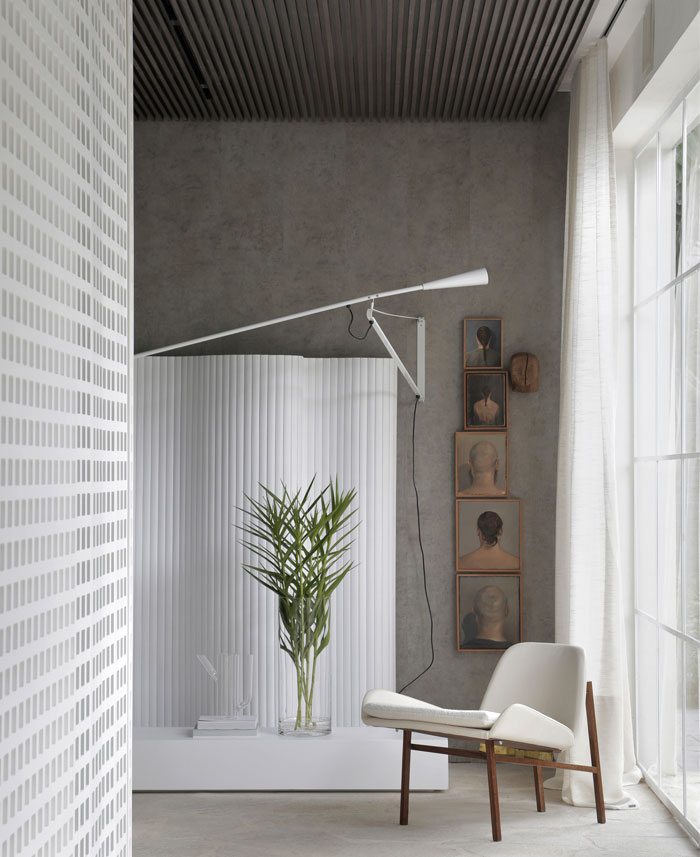 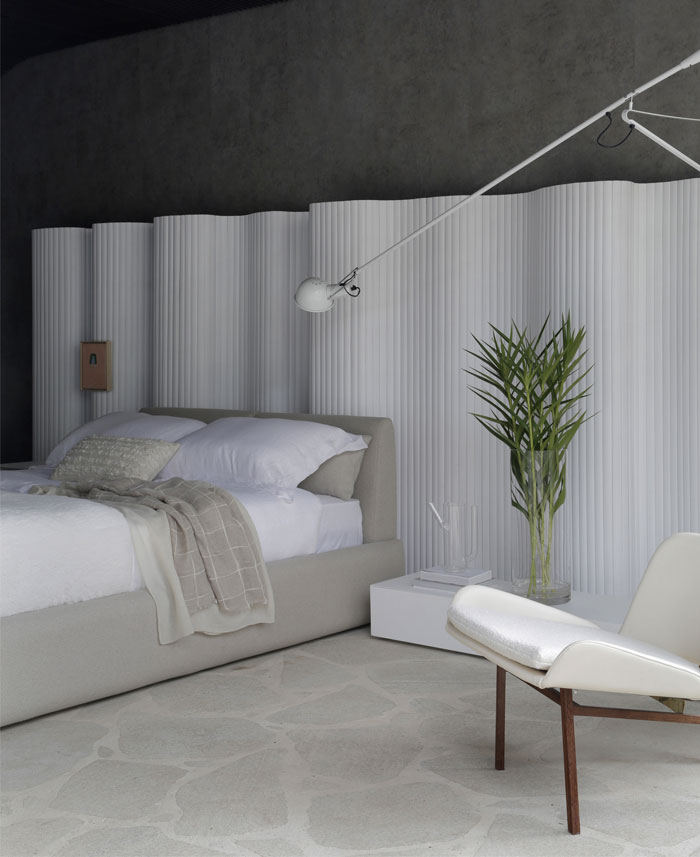 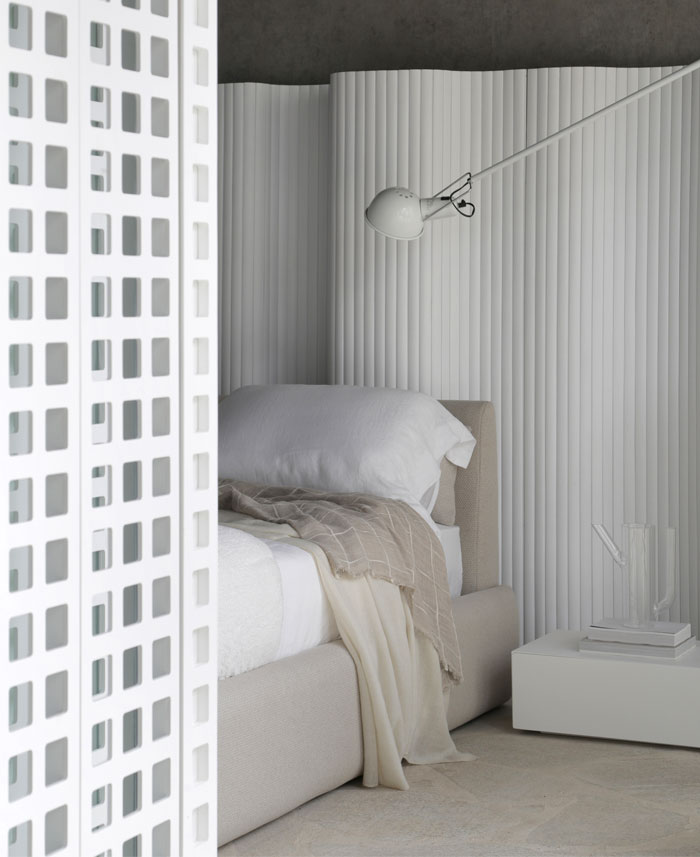 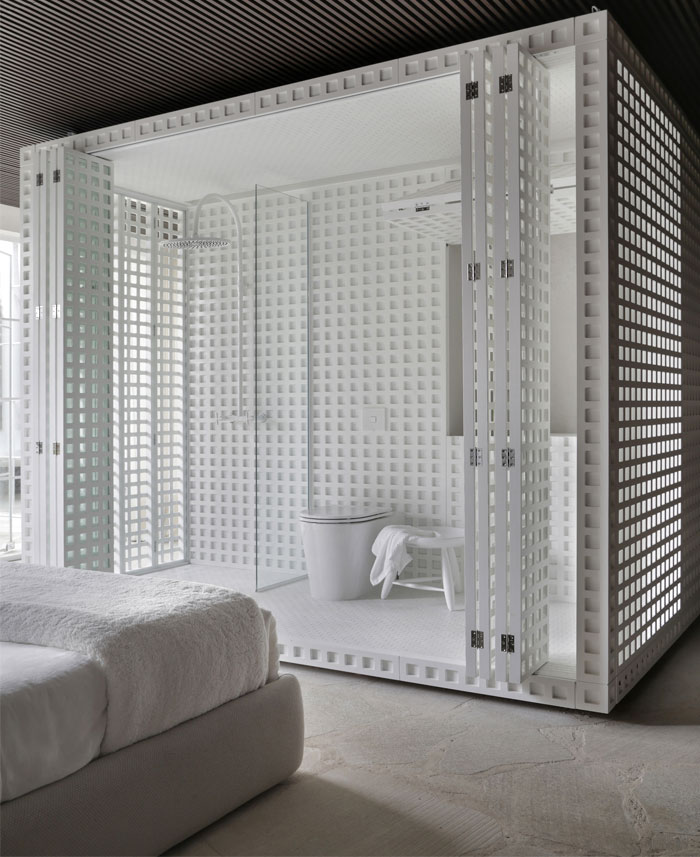 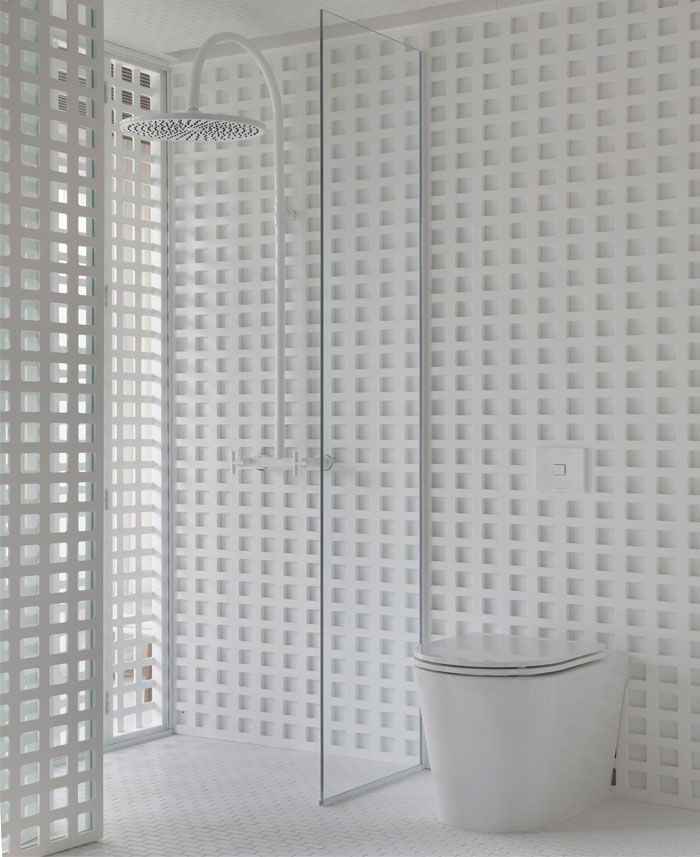 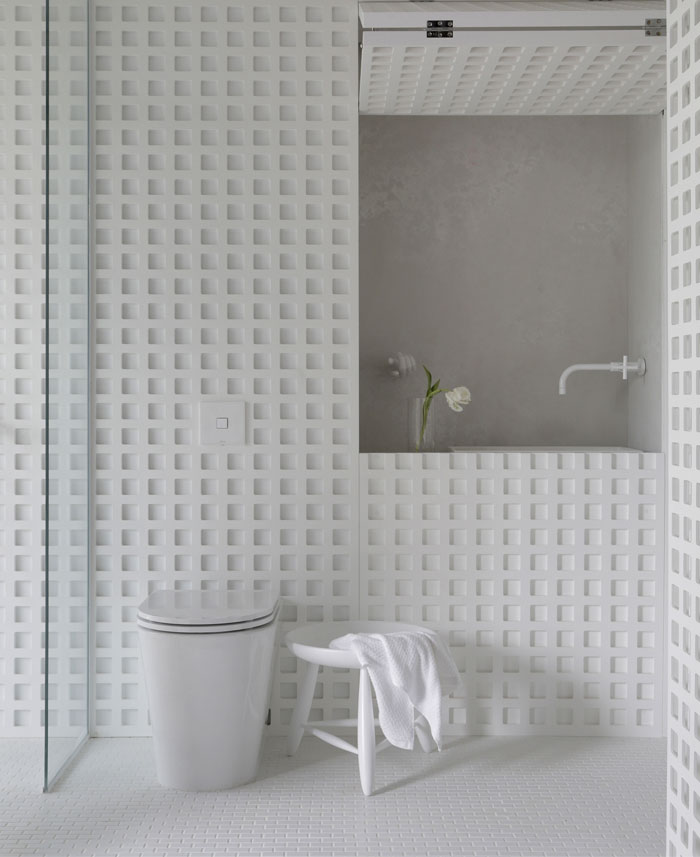