The surface of the architecture utilized high-fiber concrete from France, in addition to wind tunnel type of parametric design. This is the first domestic architecture which uses such technology, and has been known as top ten transparent architectural exterior in the world. 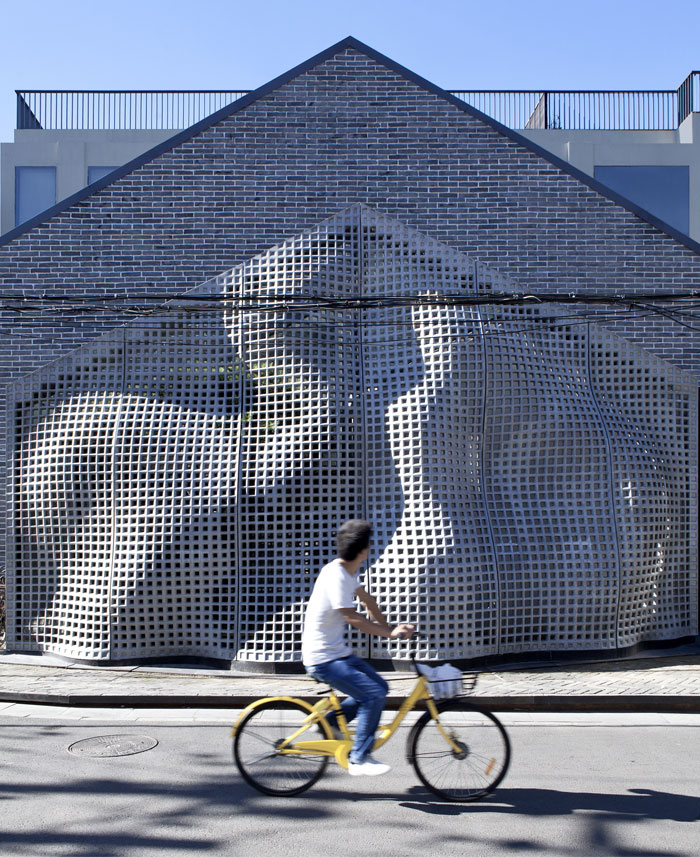 The lighting and shadow effects are presented in morning in the interior, while the exterior utilizes hollow design. The effect is opposite at night, as the designer hopes to shape it into an unique space in the alley. 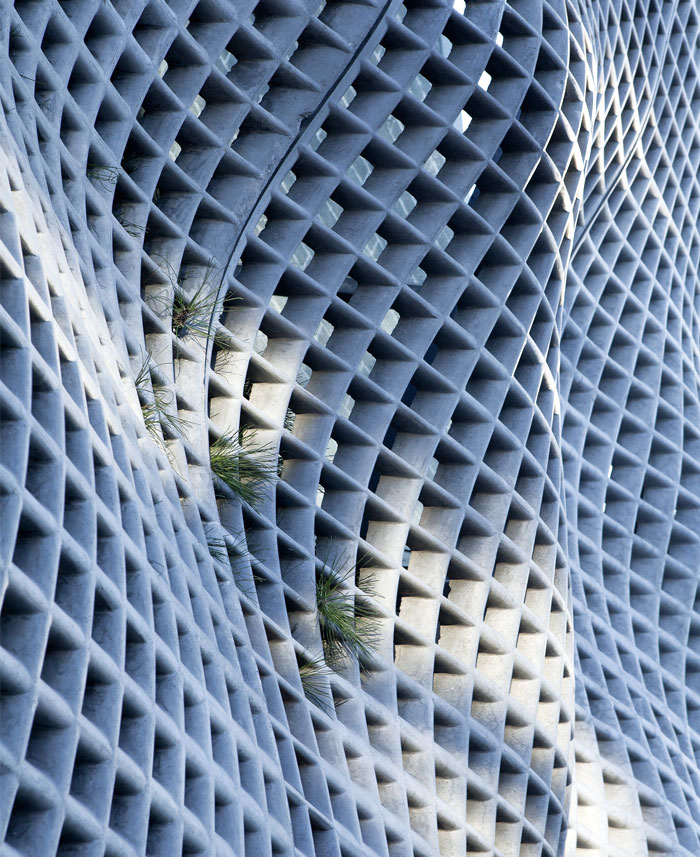 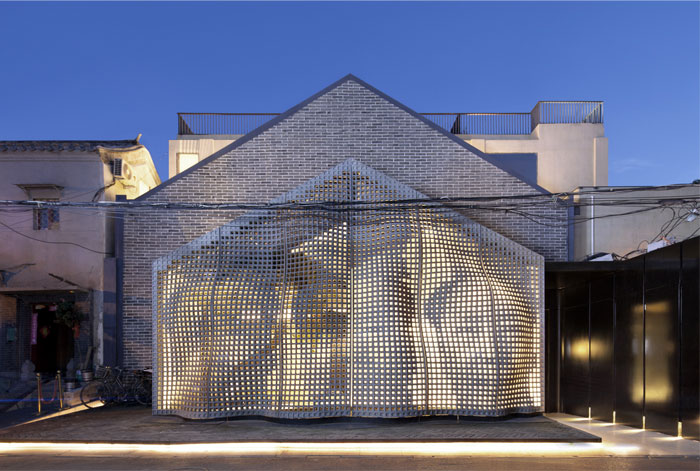 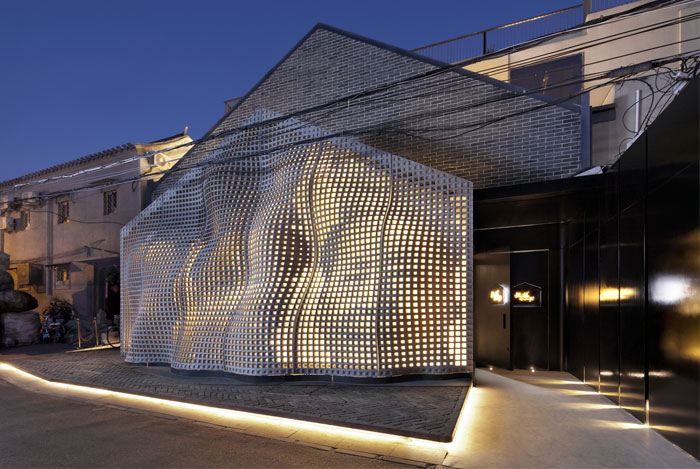 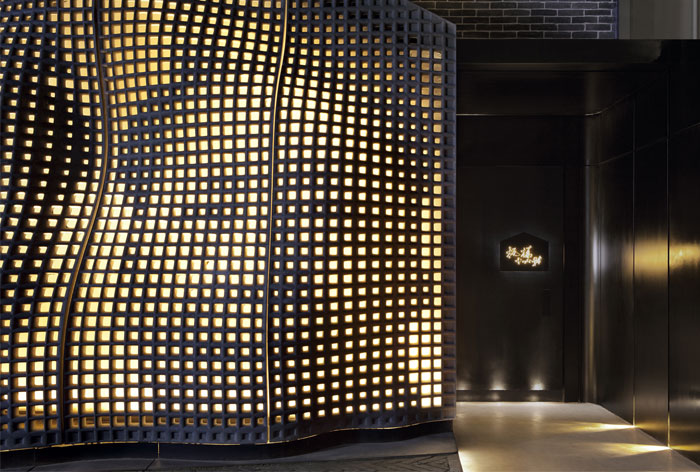 Due to the building’s northern direction, it is difficult to introduce sunlight into the premise. In order to solve the issue, filters have been installed on the façade facing east and west, enabling the sunlight to remain on white wall. 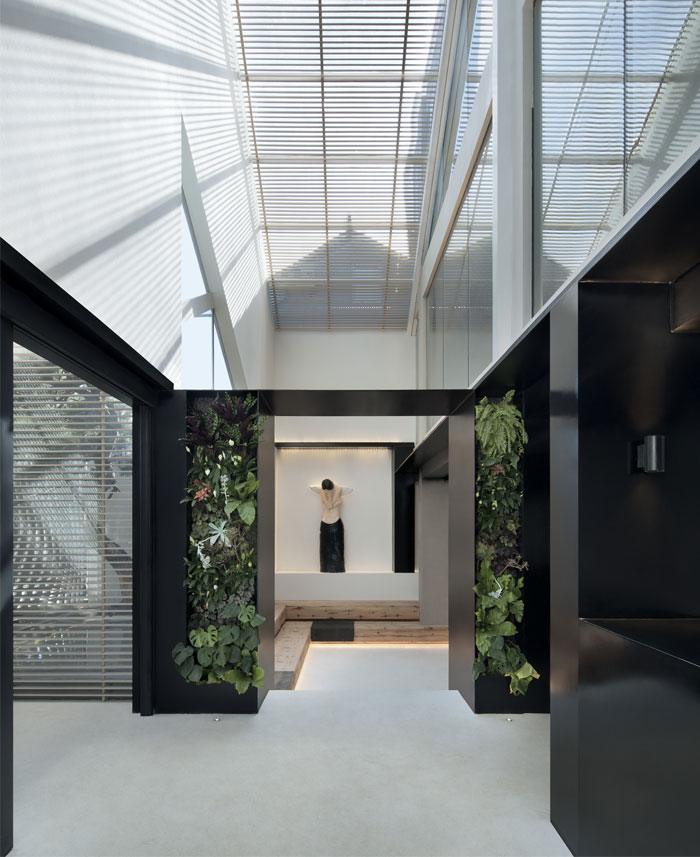 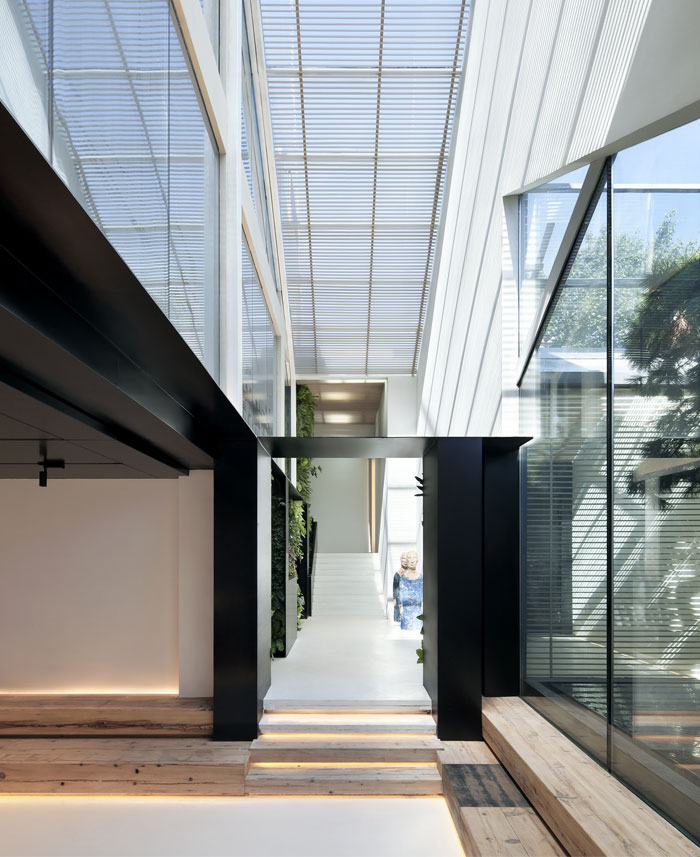 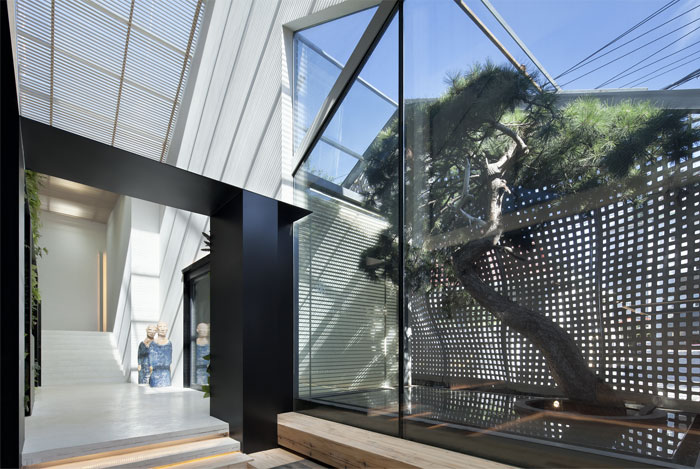 The designer places the view design on the wall in order to complement the lack of plantation in the alley. The design enables the garden to be installed in the space, creating new micro alcove. 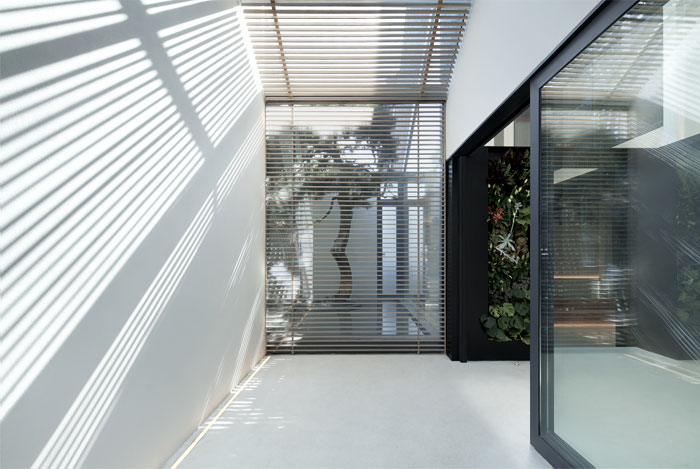 The art museum locates on the first floor, including lounge, bar, and office. The house is built along a tree in the alley. The tree outside the glass screen serves as transition space between exterior and interior. The lounge presents strong contrast between black and white, while retaining the elegance of wood. Art museum exhibits numerous art pieces. 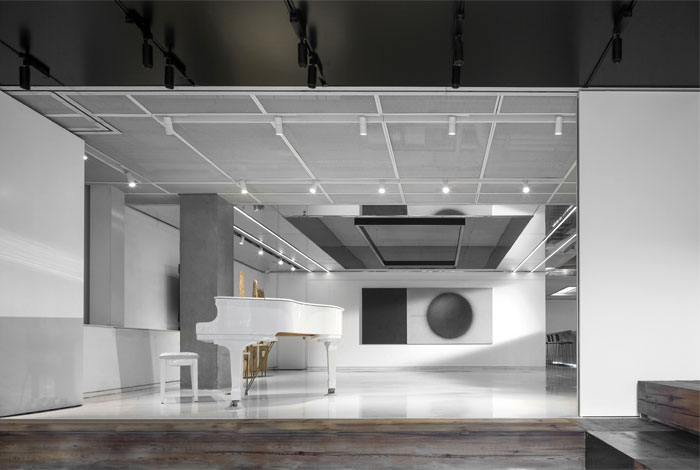 The designer said, “we preserve the original structure without excessive deco, and create a low-key light space.” White screen separates the main lobby. The designer utilizes simplistic materials throughout the space: gray sofa and stone-based grey wall, creating a cool atmosphere unlike outside. All forms of art come from life itself. As the designer implied, changes of alleys reflect the change of time. 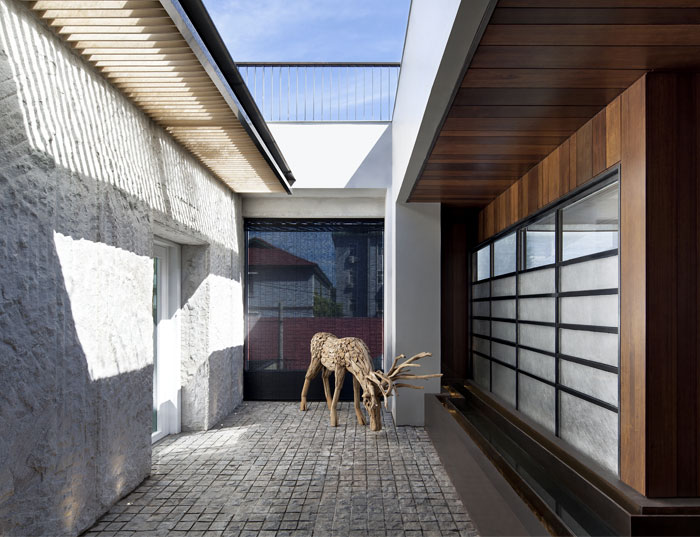 The designer connects different spaces through lighting and introduces natural elements into interior. Plantation in the third floor connects with the scuttle, while sunlight directly shines upon stone decor. In addition, a dining hall in Japanese style is also included. The designer chooses brown and white as main colors of the space. 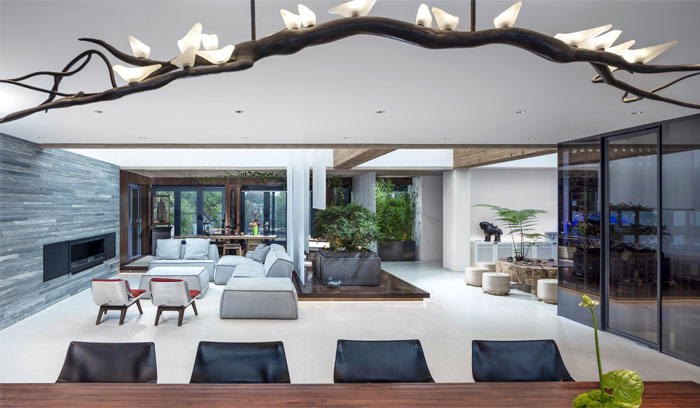 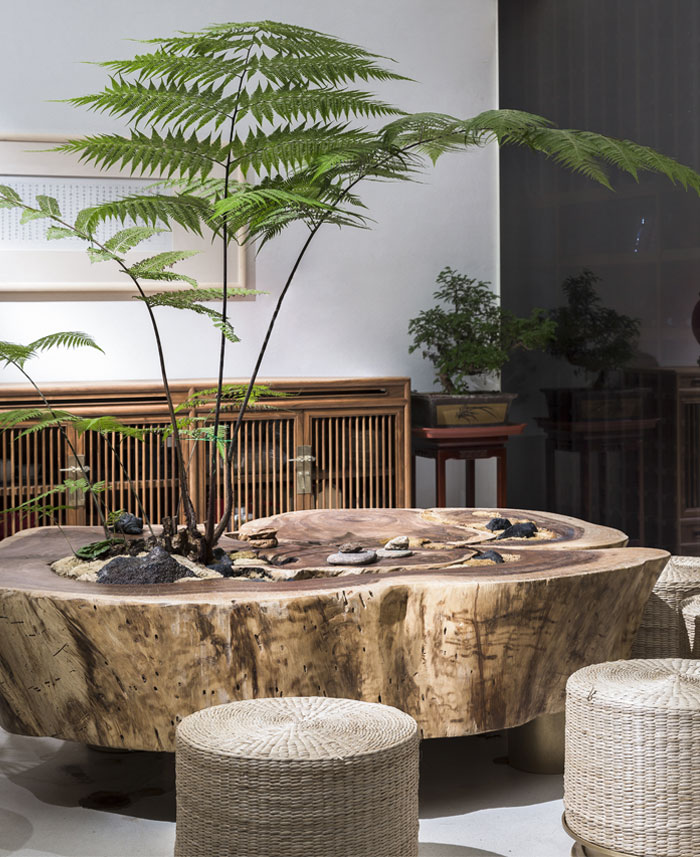 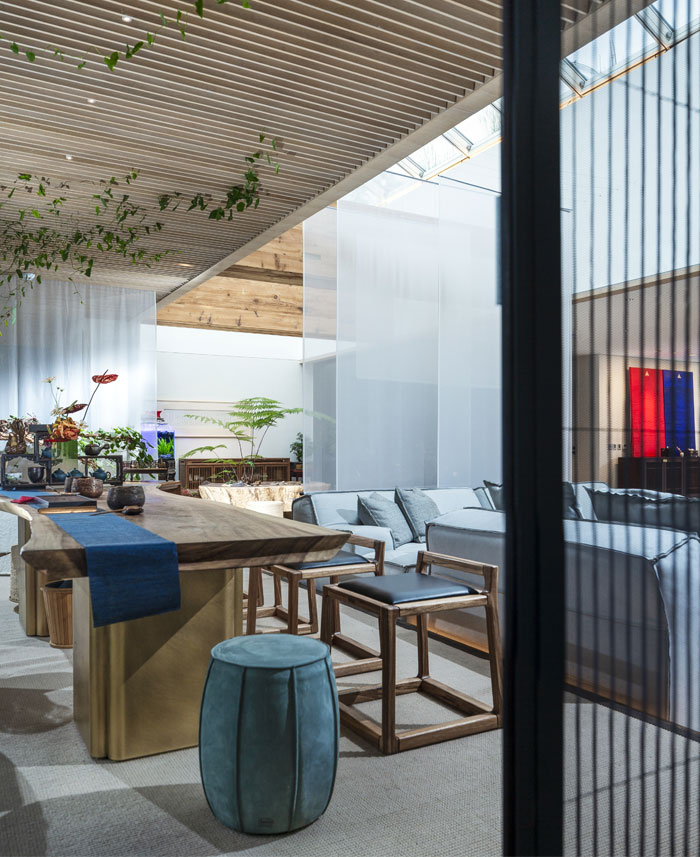 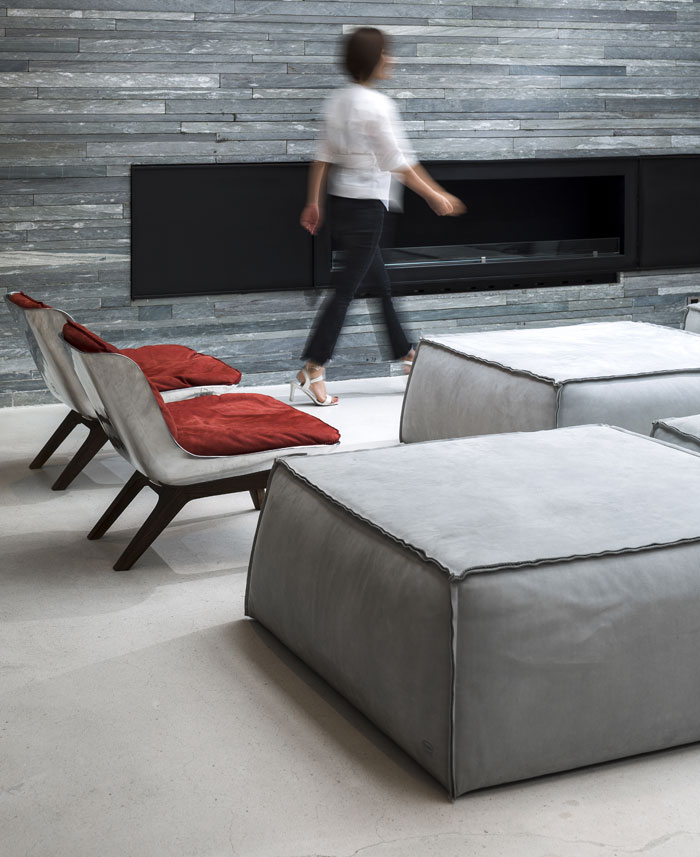