The apartment is housed within an historic 100-year-old building. The design of the space by 1 Planas reveals the building’s original structure – massive columns and thick walls, preserving its historic materiality. 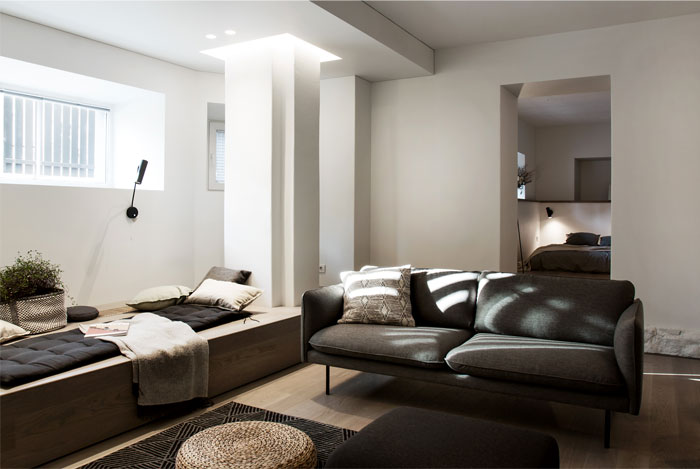 The apartment is in the basement, the windows are small and there’s is not a lot of natural light. So one of the biggest challenges was to transform a dark uninhabited space into a bright open-plan contemporary dwelling. 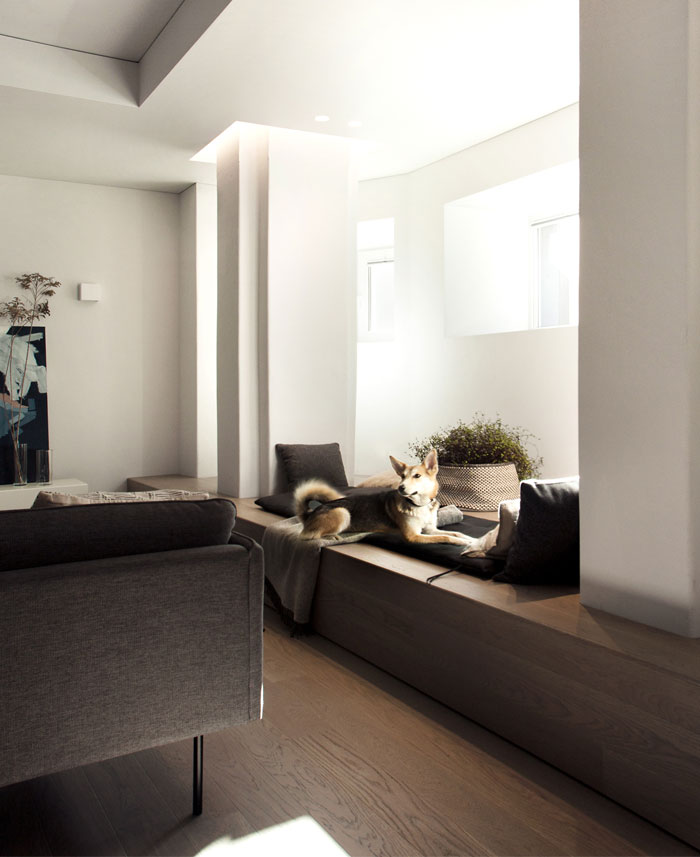 The floor plan is rather unusual. There is only one wall that has windows. In the main living area two structural columns occupy the space right in front of the windows. To accentuate them, and also to make the most out of natural daylight, a lounge area was created around the columns. The kitchen area and bathroom were positioned in the darker part of the apartment. 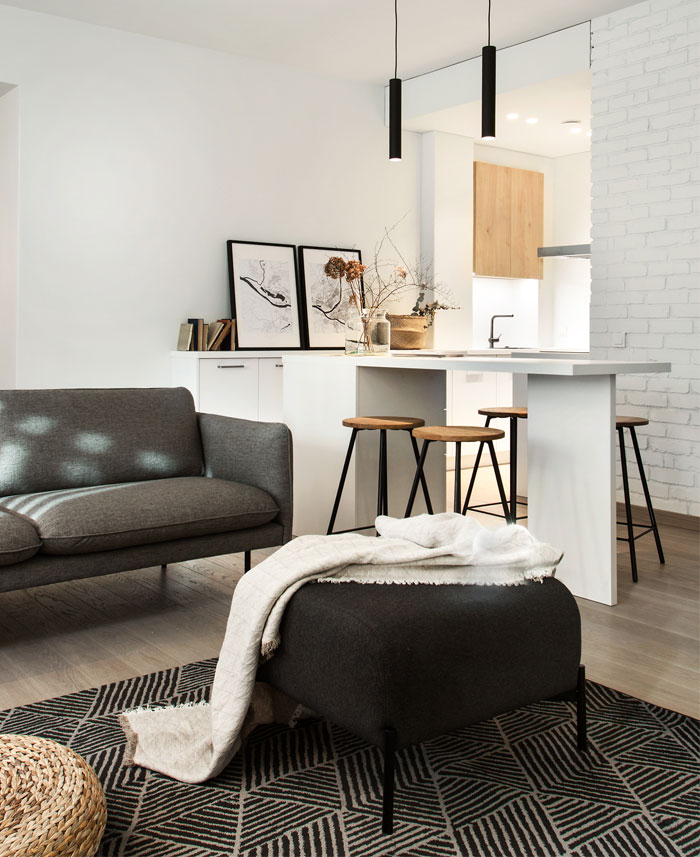 A doorless opening leads to the bedroom, creating a flow of space and allowing more natural light from a bigger bedroom window into the living area. There is an adjacent walk-in closet, whose floor level was originally higher from the rest of the apartment. Therefore, a platform with two steps was installed in the bedroom to make the ground levels of the two rooms meet. 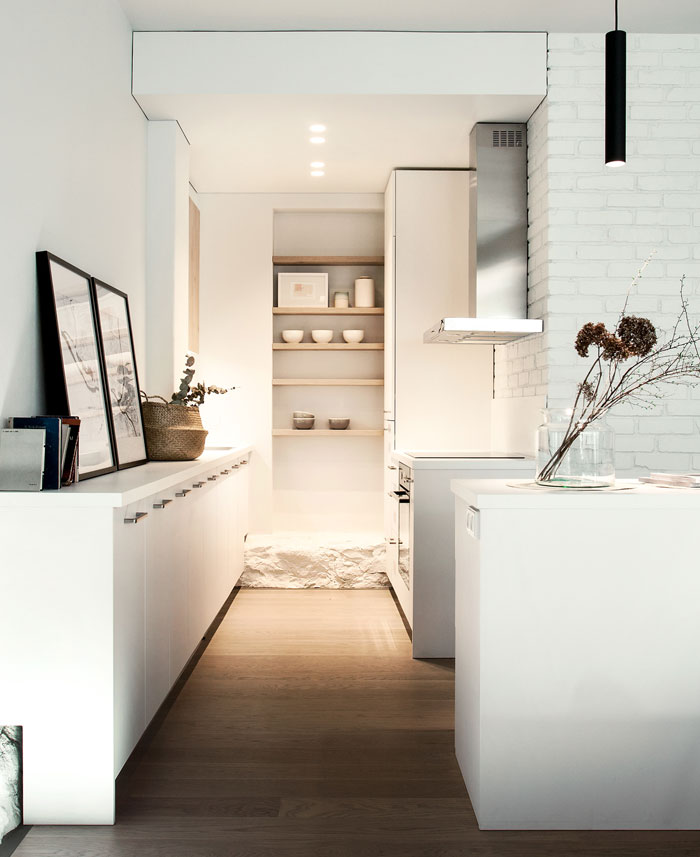 A neutral light color palette was chosen to create bright and transparent atmosphere. All of the existing and new structures were painted white to emhasize the textural contrast between old and new. The design decisions resulted in a contemporary space that references the building’s historic past. 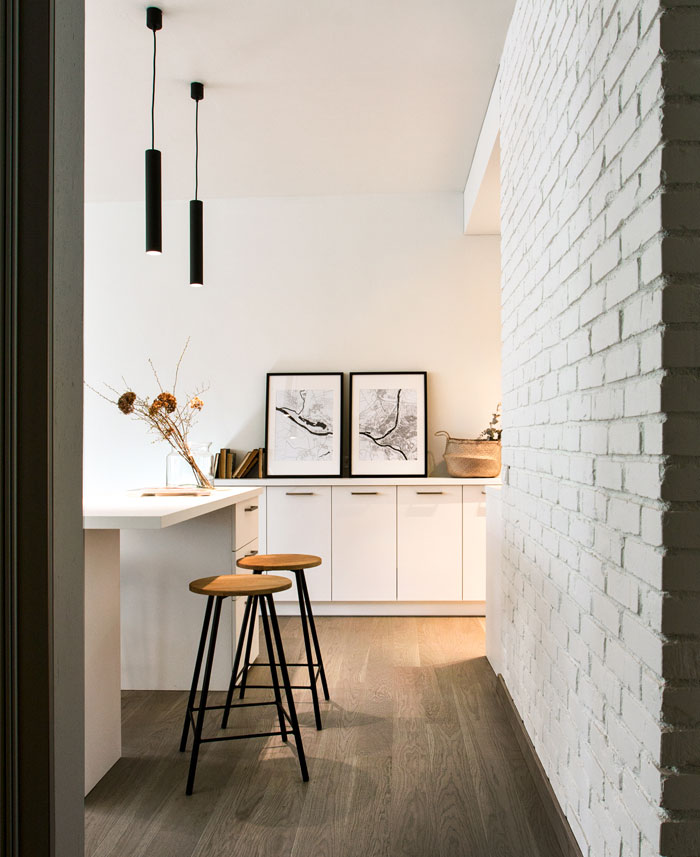 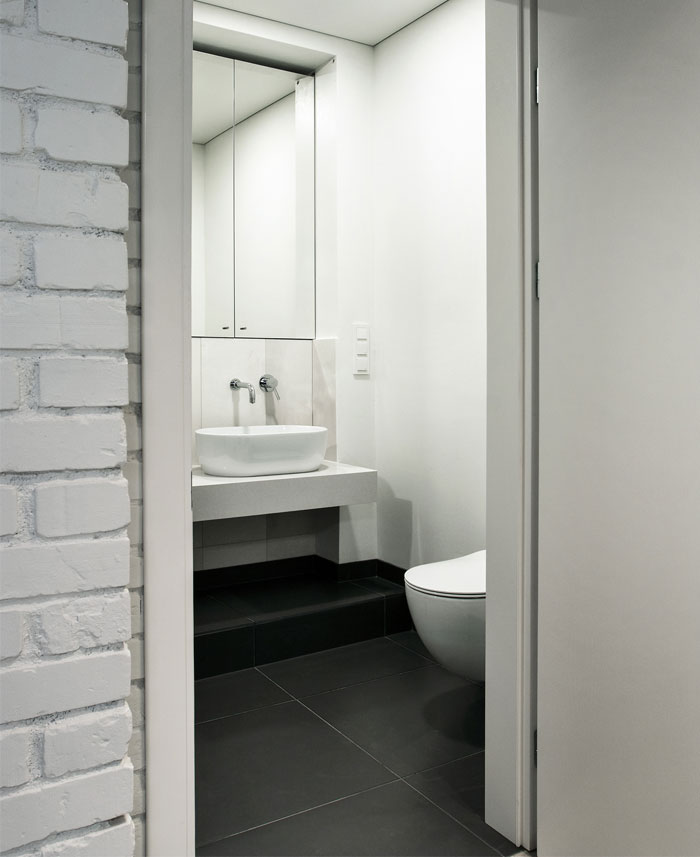 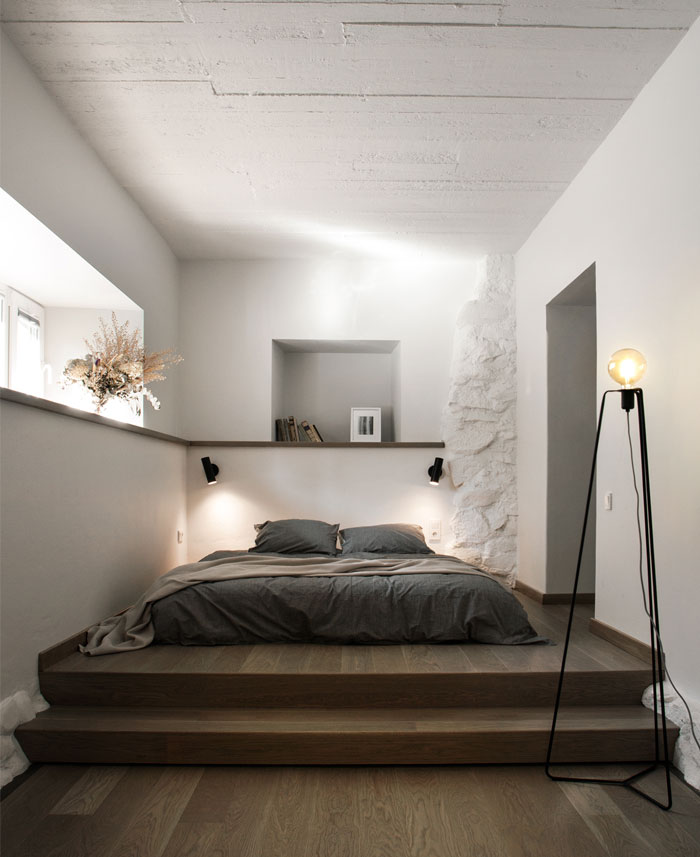 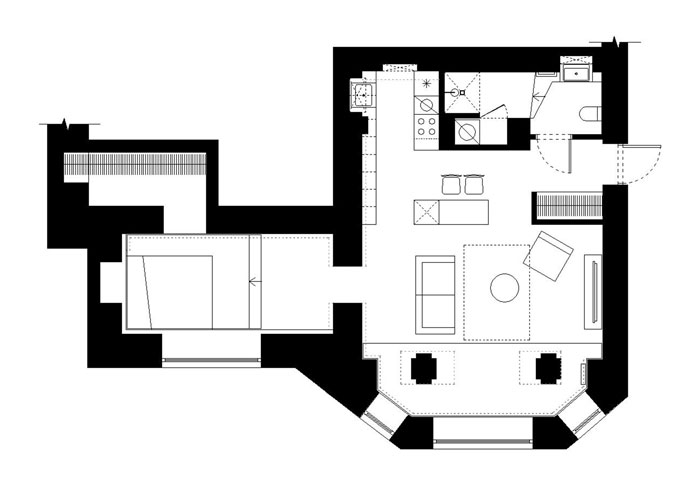