The development of societies brings with it constant change. An ever-expanding population means less space for each individual The subdivisions between the rooms of the house begin to dissolve. This is the aspect that Simone Bonanni proposes to consider with Kandinsky, a faucet designed for a kitchen that is simultaneously a dining room. A sculpture with clear geometric shapes and colors determined by the possible combination of different materials. Simone Bonanni’s work is based on the union of three key elements: design, functionality and technology. The device hides in its apparent simplicity an extendable shower head, a flexible silicone hose and sensors for touchless operation. 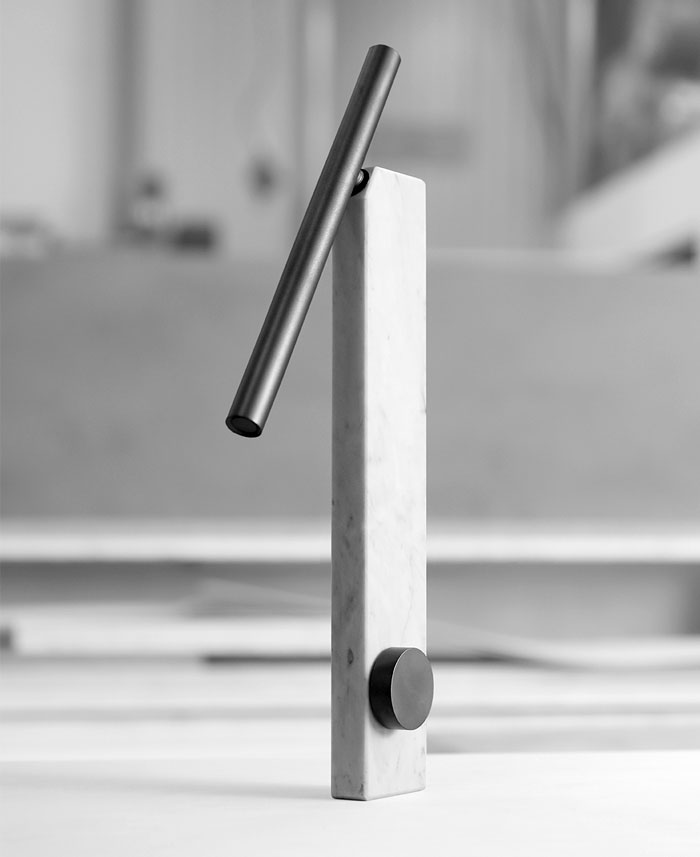 “Flowing into the future” – Alessi by Hansa, member of Oras Group: Water, with its advanced use, is the component that revolves around the bold research project developed by Alessi and Hansa, a German company, specialised in the production of bathroom and kitchen accessories. For the ISH 2019 fair in Frankfurt, the results of this study were presented, the second collaboration between the two companies: five concepts of avant-garde faucets for the kitchen of the next decade. Conducted under the artistic direction of Giulio Iacchetti, with a team of young designers – Simone Bonanni, Chiara Moreschi, Alessandro Stabile – “Flowing into the Future” intends to explore the possible scenarios of future living spaces, considering their social aspects, sustainability, technology and functionality. 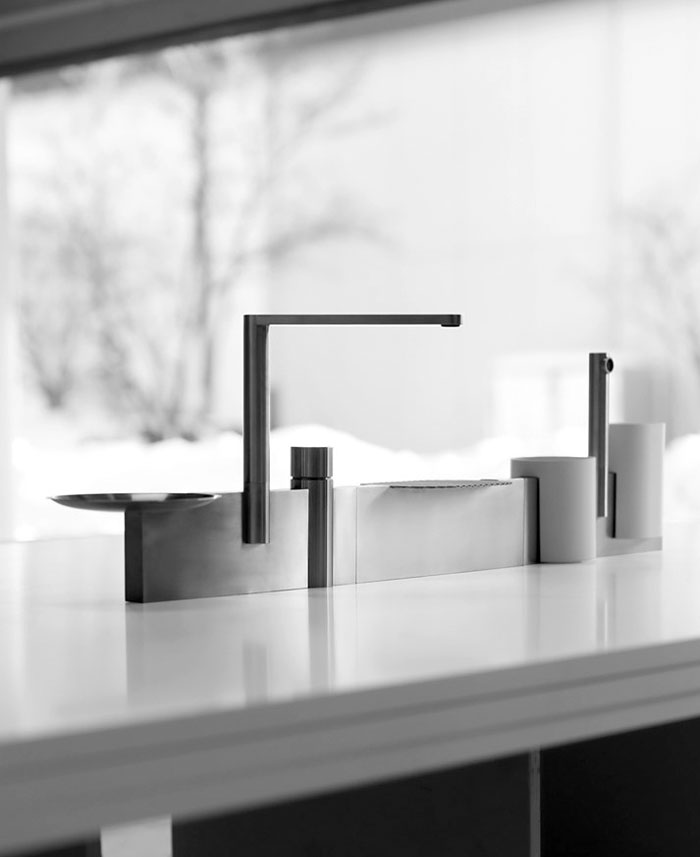 Alberto Alessi: The “Flowing into the future” project bears witness to our constant attention to the new generations of Italian designers: certainly not due to any parochial issues, rather as recognition that they are young talents who are  open to the world and bring something ineffable to their work, a refined quality that has always been a characteristic force of Italian design. 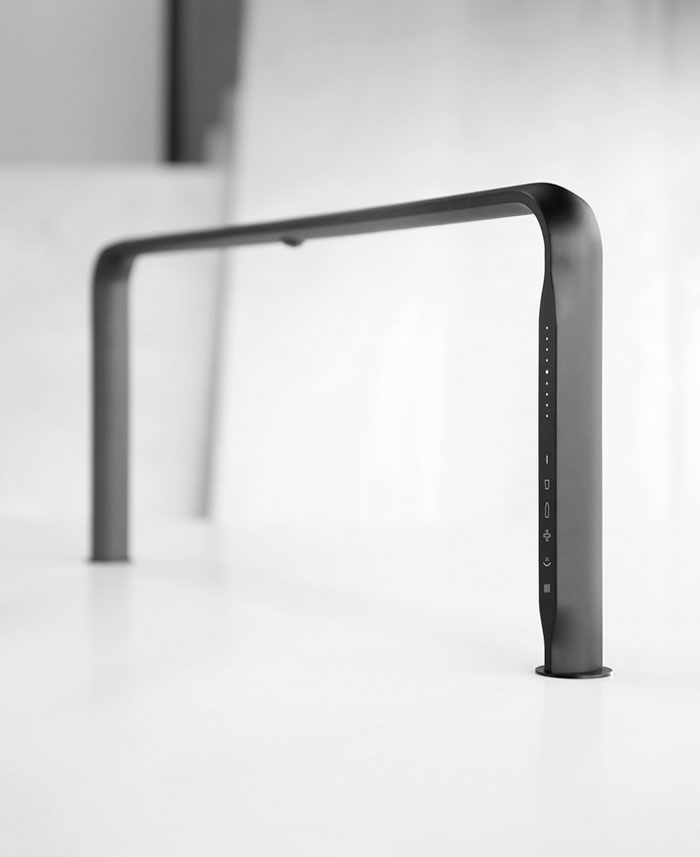 The analysis was inspired by a crucial question: how will our way of life change and, consequently, what will we ask of the new devices? A common factor of the five studies is the idea of placing the object at the centre of the scene, specifically placing the faucet in the centre of the kitchen, as a sculptural element charged with active and visionary tension. 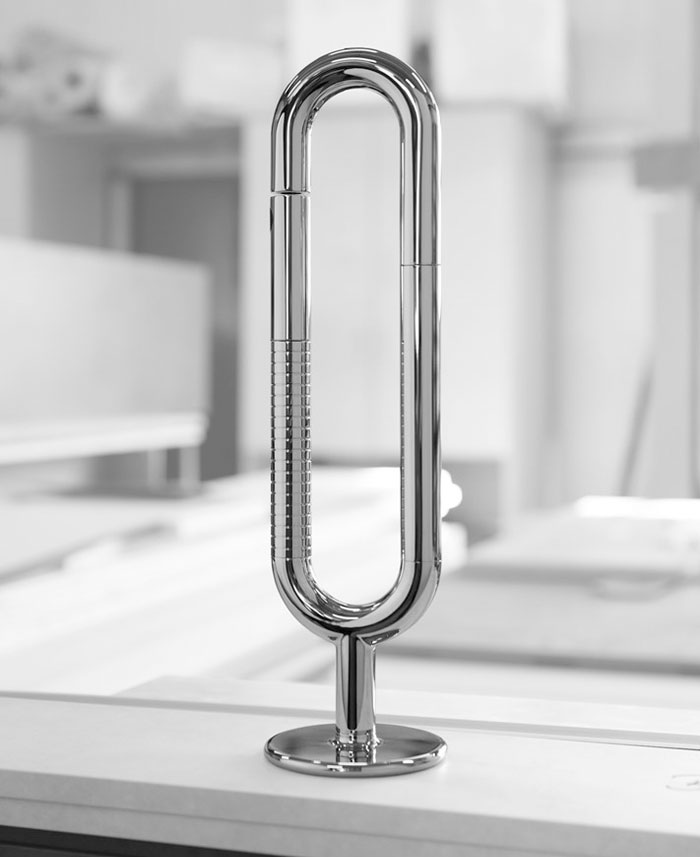 The works of Chiara Moreschi – “Acquedotto” – and Alessandro Stabile – “Water Machine” – place emphasis on the theme of sustainability; Simone Bonanni with “Kandinsky”, adopts a universal language experimenting with the use of noble materials; another project by Chiara Moreschi – “Paesaggio” – imagines a modular faucet with various functions. “Lingotto” is the proposal by Giulio Iacchetti, a faucet that is surprising for its unusual ring shape. The flow of water is turned on and off by rotating its various parts. 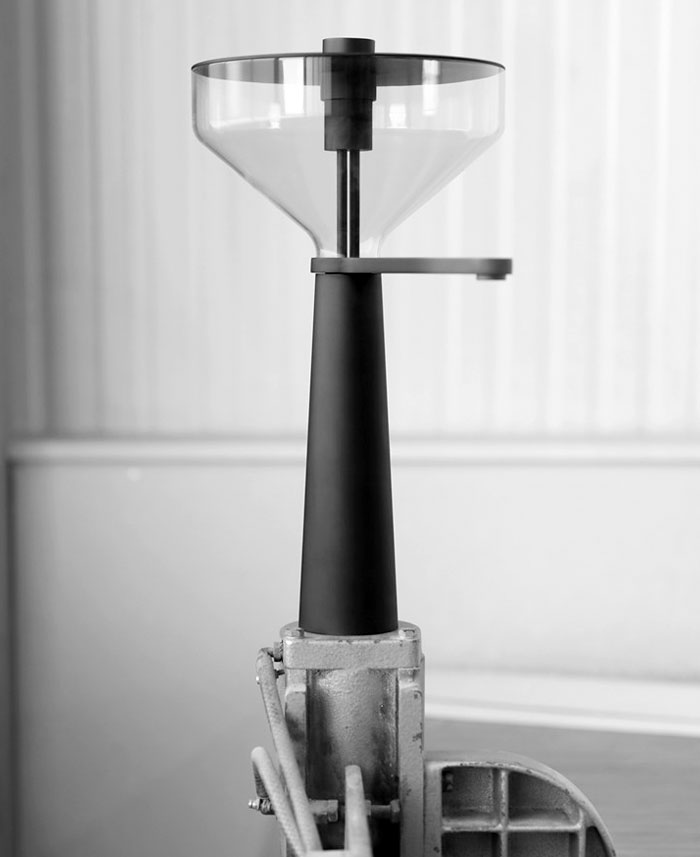 Giulio Iacchetti: Usually, we designers are called upon to create products that are rapidly launched on the market and designed for the very near future. The request to assemble and manage a team of designers to generate five concepts for the next 5, 10 or even 15 years was, to say the least, unusual and challenging. The designers involved have brought a courageous, elegant, ethical and sustainable point of view to a very familiar everyday object: the kitchen tap. In my opinion, their work has opened extraordinary perspectives that deserve to be investigated and narrated today, for the near future. 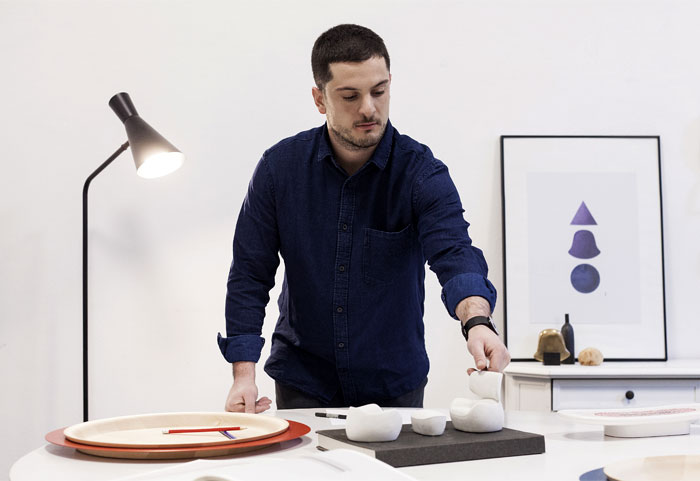 A neoplastic painting gains three-dimensionality: the metal delimits the space and frames the air creating multiple layers. Characterized by lightness and depth, enriched with light and reflections thanks to the use of fused glass. Three simple and pure materials make up Theo, the new series of dining tables designed by Simone Bonanni for FIAM. 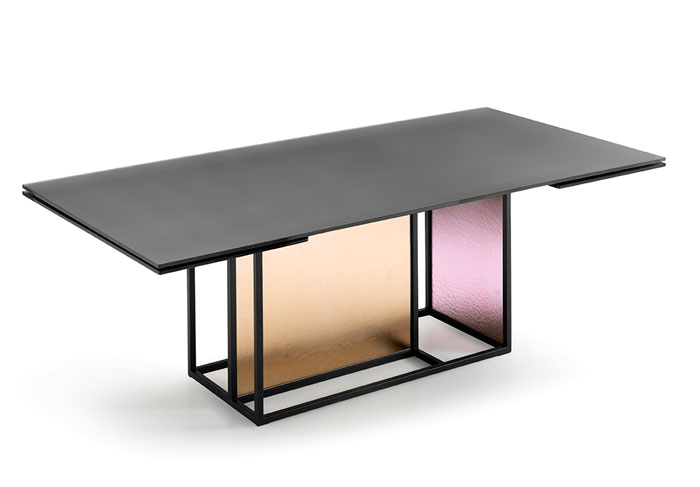 Theo is the result of a process of graphic synthesis and research of the right balance between solids and voids. A few precise, perpendicular strokes create an architecture reduced to the essential, which directs the extraordinary overlap of transparencies, colors and refractions that only high temperature fused glass is able to achieve. 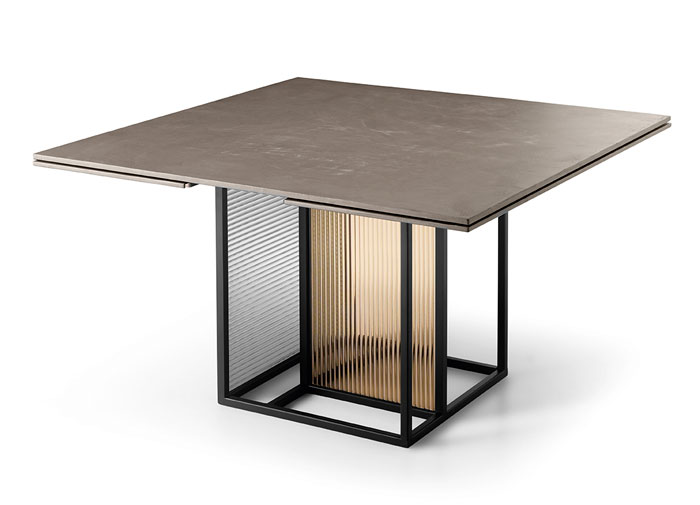 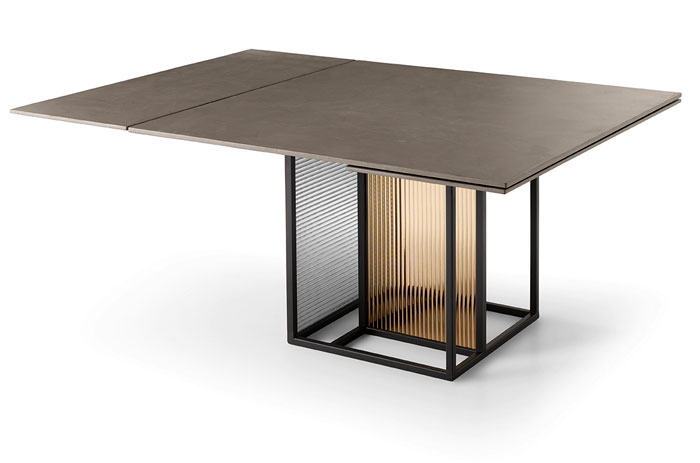 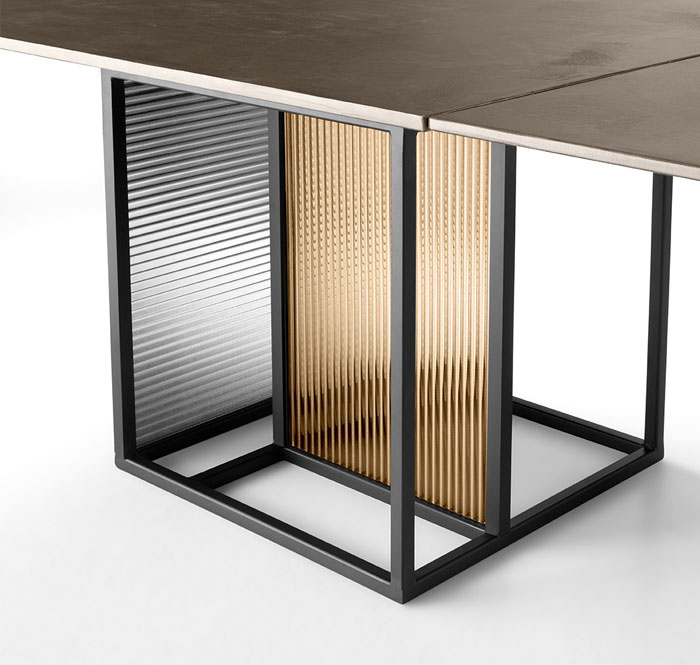