The Italian Studio Vudafieri-Saverino Partners has designed four kindergartens in China, where the immersive and experiential architectural space becomes a stimulus for imagination and learning. 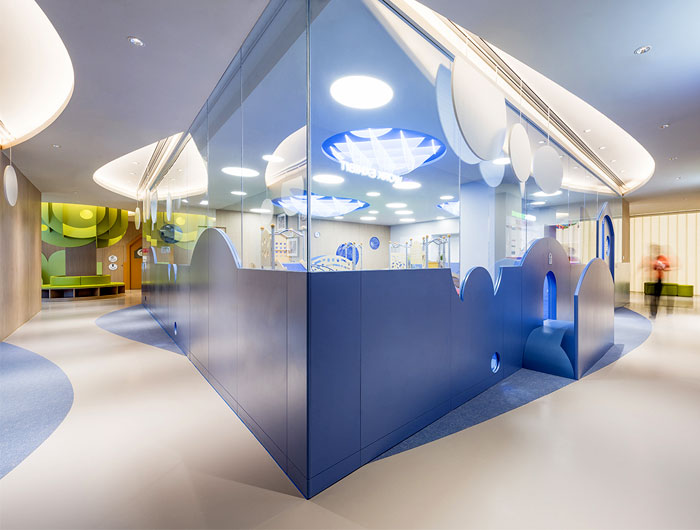 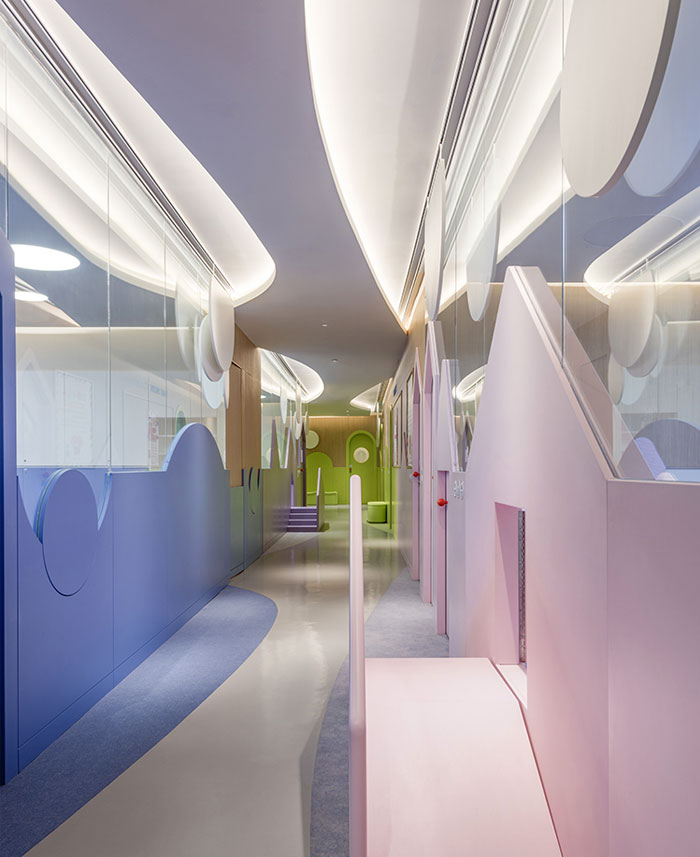 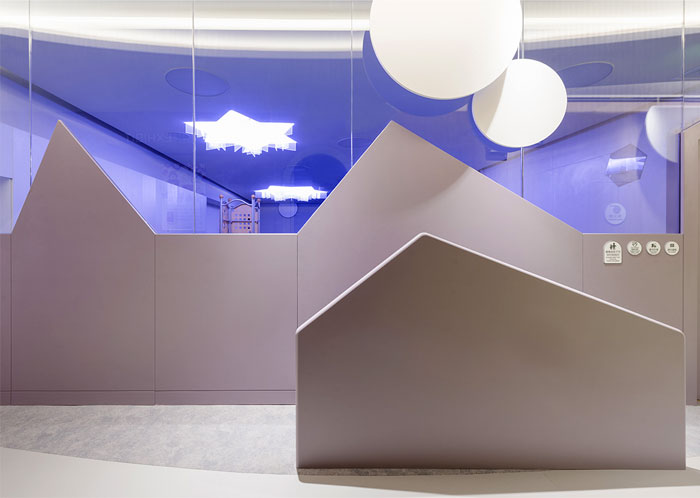 An ever closer relationship links architecture and pedagogy: school spaces play today a decisive role in the education of children, fostering their wellbeing and accompanying their learning process. This is the principle behind the project by Vudafieri-Saverino Partners, architecture studio based in Milan and Shanghai, for Gymboree Play & Music. The American brand – with 700 centres in more than 40 countries around world – offers courses for infants and children up to the age of 6, with the aim of developing their cognitive and relational skills in early childhood, through play activities based on listening to music, art classes, group activities and problem solving games. 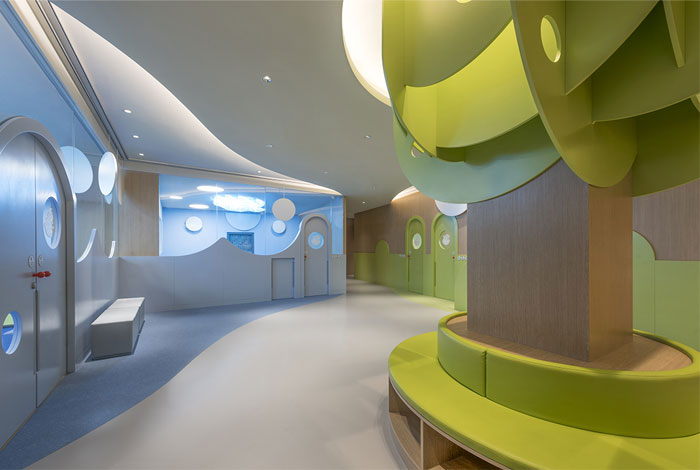 To translate Gymboree’s educational philosophy into architectural language, the architects have come up with the concept of the four schools – two in Shenzhen and two in Suzhou – designing places capable of arousing children’s curiosity and also encouraging them to learn. 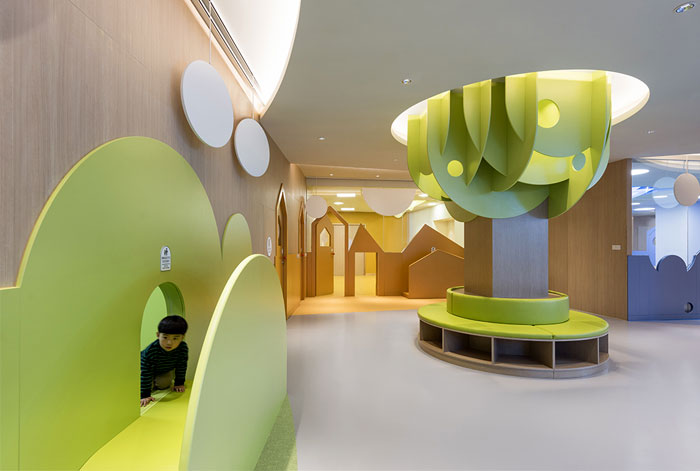 The spaces are designed to interpret the theme of “travel” through shapes, colours and materials, with different areas recreating different environments: the ocean, the forest, the desert, the Arctic, the canyon and space. A magical, dreamlike context stimulates the children to use their imagination to live unique experiences and visit unknown worlds. 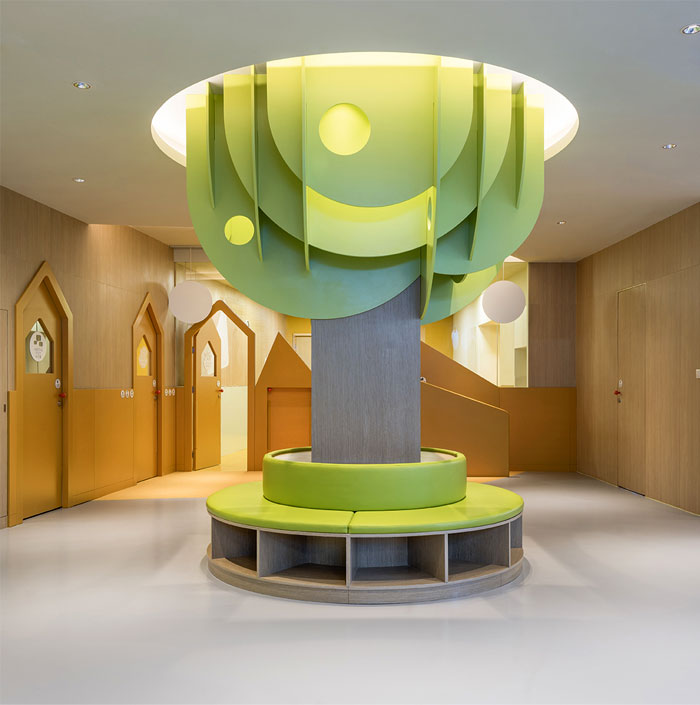 Without leaving their classrooms they are able to rest in the shade of a tree in the middle of the forest; immerse themselves underwater with inhabitants of the ocean, run up and down dunes until they reach an oasis in the desert. The protagonists of this adventure are not only the children, but also their parents, who are able to relive the fun of childhood and develop their creative potential along with their children. The inspiration for the design of the spaces, which stand out for their simple geometries, bold colours and different materials, derives precisely from this identification with the children. 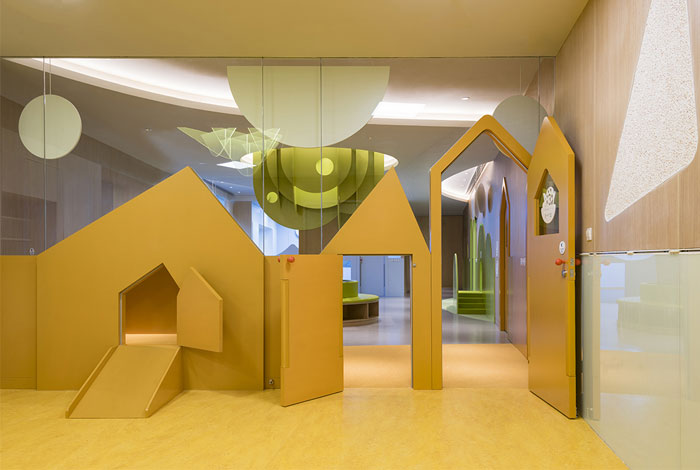 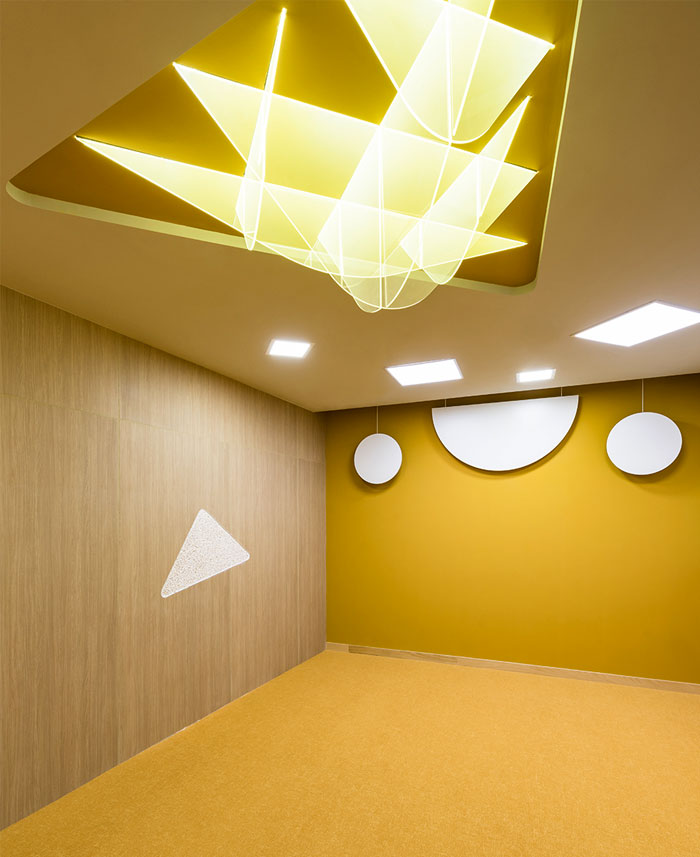 “We tried to interpret the environments through the eyes of children, creating a context that provided them with sensations rather than images, so as to leave them free to fly on the wings of their imagination. The imagination of children is pure and original, they see the world with the independence and creativity of their own thoughts. Imagination is more important than knowledge, since knowledge is limited, while imagination is the driving force behind progress and the source of the evolution of knowledge”, say architects Tiziano Vudafieri and Claudio Saverino.  Photos by DirkWiblen; 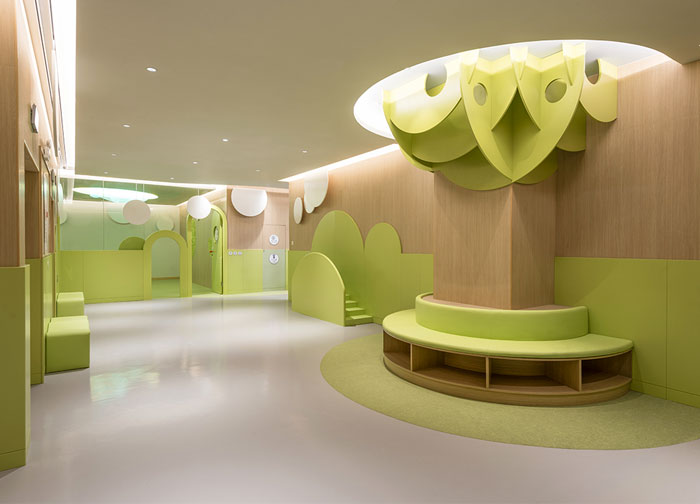 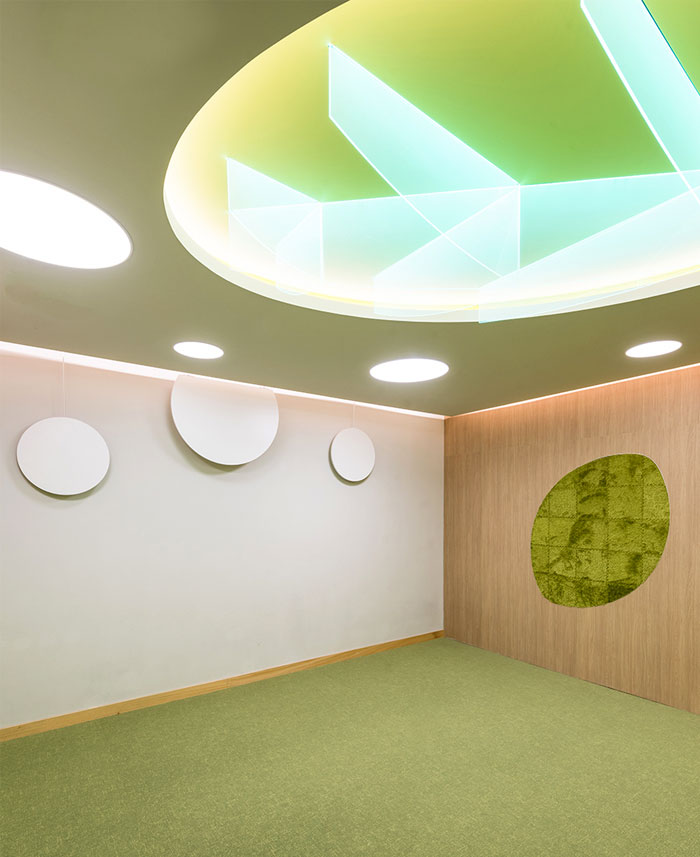 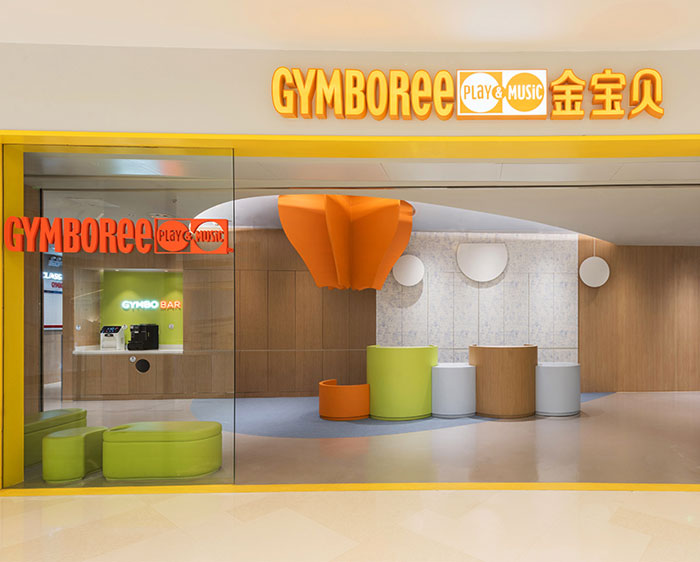