Finnish Michelin star awarded celebrity chefs Hans Välimäki and Arto Rastas wanted to open a tapas restaurant that would have an atmosphere that is cozy and laid back. With the help of Fyra, Penélope found its soul. Hans Välimäki and Arto Rastas did not want a fine dining restaurant that lacks warmth. They wanted a place that felt as if it has been there, in the heart of Helsinki, forever. 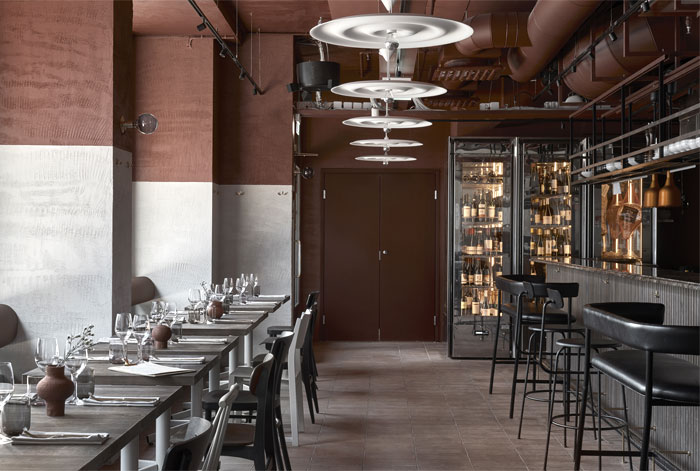 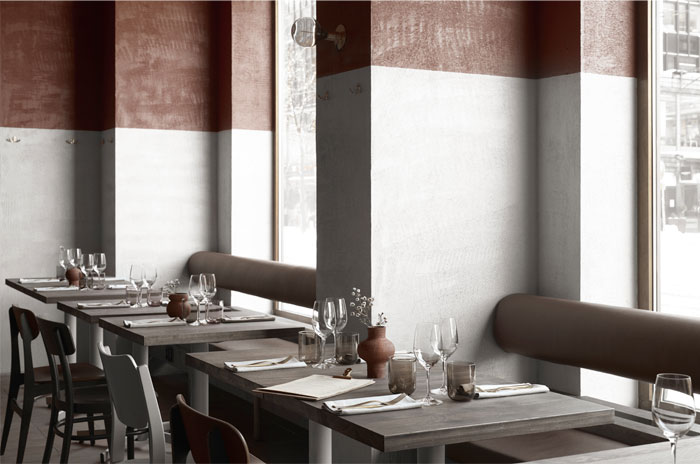 The atmosphere should be laid back and cozy. A place where the customer felt like having arrived at someone’s home to enjoy great, unpretentious food. A bit like in Barrafina, in London. There would be a classic style long bar, the colour red and couches. Under no circumstance would it be trendy. A Helsinki-based interior architecture and design company Fyra was chosen to transform the vision into reality. “As soon as I entered the Fyra offices I realised the sense of style and taste they have”, the client Maria von Graevenitz-Välimäki says. 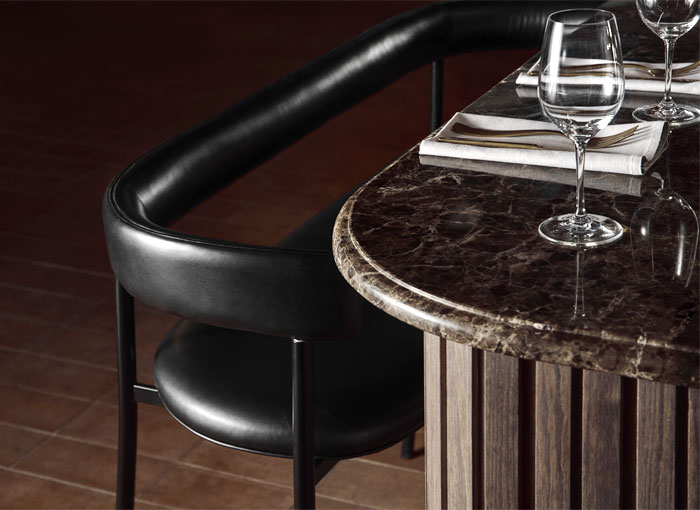 Atmosphere works when everything else works
Eva-Marie Eriksson, partner at Fyra, and the team comprised by Jasmin Friman, Laura Järvinen and Heini Korpinen got down to work. First on their agenda was to tackle the practical side of things: how to efficiently use a small space while creating enough room for the personnel to work and ensuring an enjoyable dining experience for the clients. “A packed restaurant with a bit of hustle and bustle – that’s a typical tapas restaurant for you. Yet, you need to be able to meet to the restaurant safety requirements and make sure the space has a nice flow to it”, Eriksson says. Having first sketched the large bar counter into the plans, the fixed furniture, tables and couches were then easy to position. 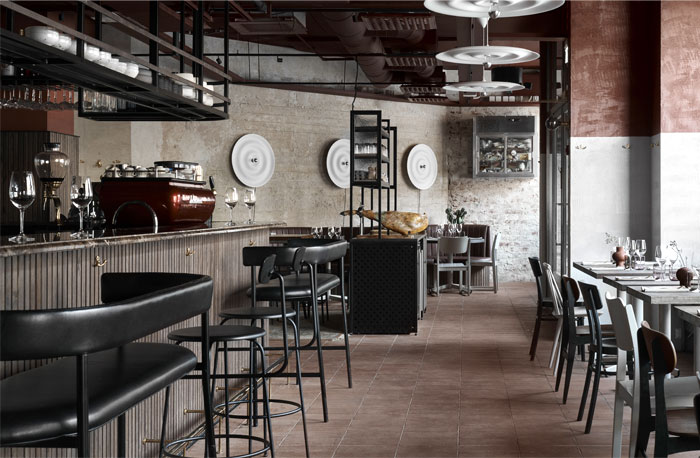 A cozy feel, classical yet relaxed vibe and warmth were the elements guiding the design from the beginning. Eriksson and the team looked for materials with a lived-in feel to them. A reddish terracotta tile was chosen for the restaurant floor, classic marble for the bar counter and the tables were made from rustic wood. “Marble and terracotta develop patina over time and age beautifully as natural materials do.” The colour red was also used in the ceiling: an easy-going atmosphere was created by demolishing the dropped ceiling and revealing the duct system. The ceiling and pipes were painted with a subdued red that counteracts with the terracotta tiles. 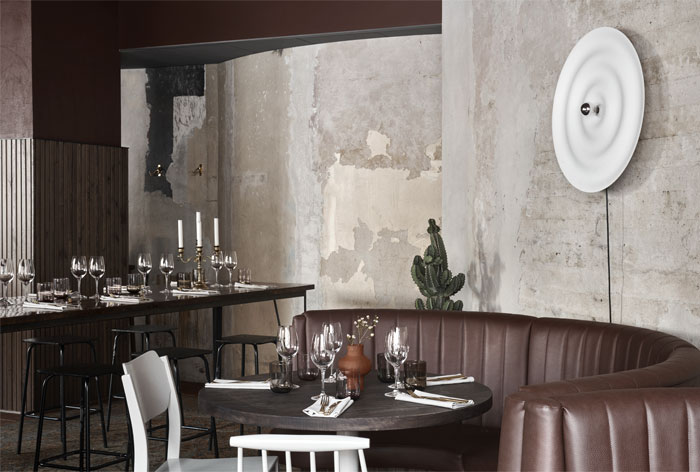 Displaying the machines
Having established the big picture, it was time to add complementing touches. Kimmo Pohjapelto from Roomage helped Fyra by finding a variety of old chairs some of which were painted white. In addition to customary high chairs, playful small couches were placed at the bar. They seat two people side by side. “When you sit in one of those couches it’s as if you are sitting in a booth. Sitting there it’s easy to forget you are actually in Finland”, says Maria von Graevenitz-Välimäki. 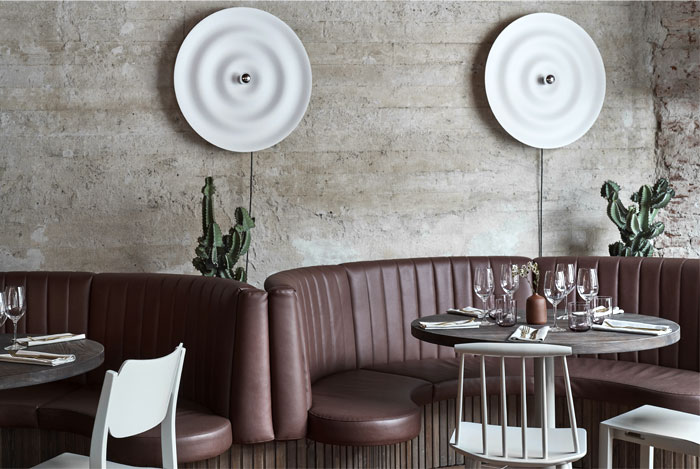 The ambience of being in someone’s home was emphasised by displaying the kitchen tools and machines. A steel Berkel is placed in the middle of the restaurant. It is used for slicing Spanish ham. The espresso machine at the bar is placed in an angle so that the barista is facing the customers instead of having to stand with their back towards people. “The atmosphere is exactly like we wanted it to be: it’s inviting and comfortable and customers can enjoy our food in a wonderful setting.” 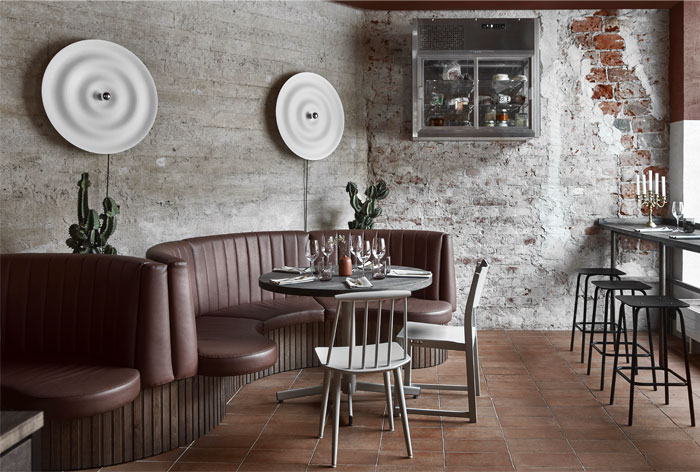 Eva-Marie Eriksson received the best feedback immediately during the opening of the restaurant. She heard the customers in awe wondering if the floor was the original floor of the old building. “Penélope has this feel as if the restaurant has always been there. It’s wonderful to work and have the client trust your designs.”  Photo Credit: Riikka Kantinkoski; 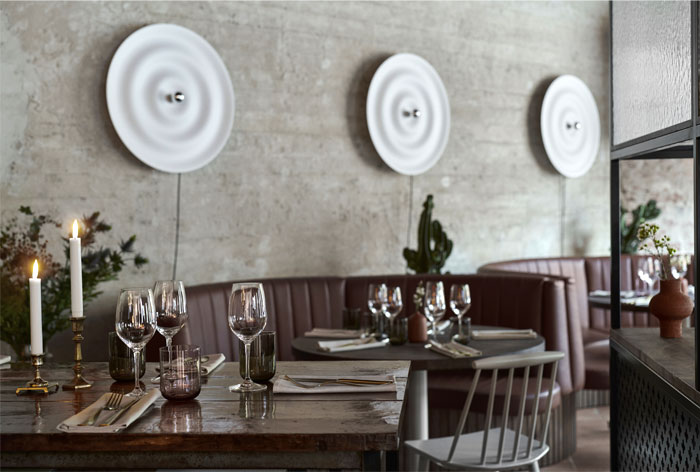