Topos Design Clans announced the latest project, a seafood restaurant in Yongqiang, Wenzhou, on the coast of East China Sea, with a theme inspired by the ocean beside the city. Shunfenglou Restaurant is a well-known old fashioned local seafood restaurant. 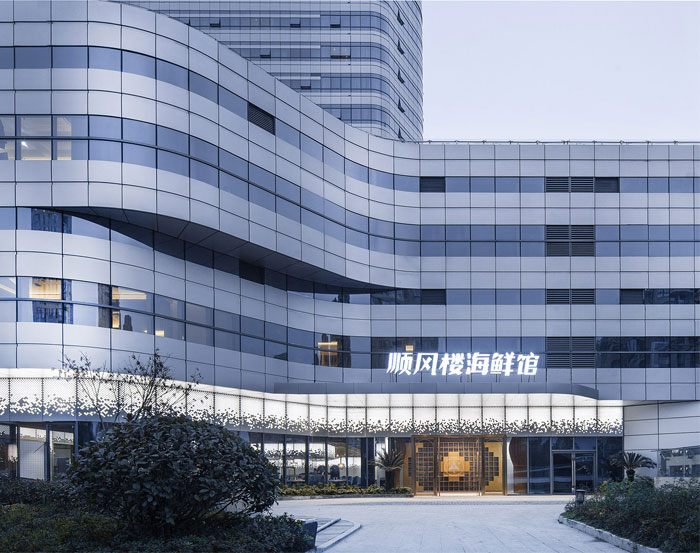 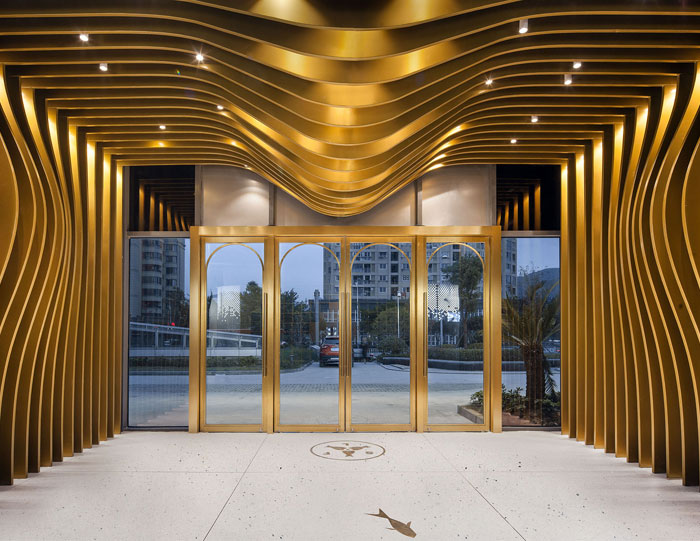 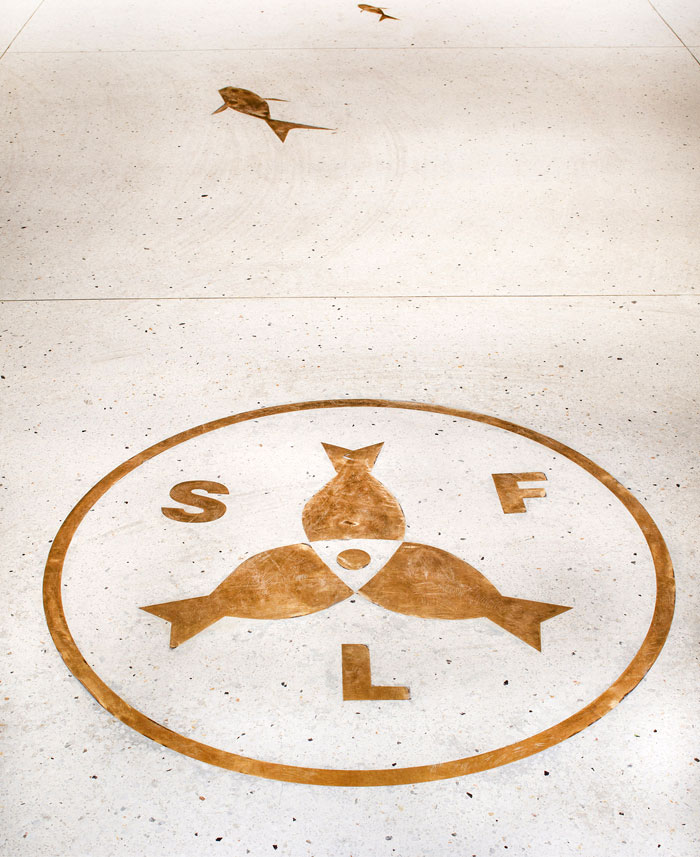 On the occasion of the 35th anniversary of its founding, the owners of the restaurant have announced a bold innovation. They entrusted Topos Design Clans to reinvent the restaurant as a place with a fully renewed sensory dining experience. Drawing on the symphony “La Mer” composed by the French musician Claude Debussy, who is the impressionist music master in the early 20th century, the designers created a series of synesthetic experiences about the sea with the deconstructed space, and presented an impressionist symphony of blue sea for the new restaurant. 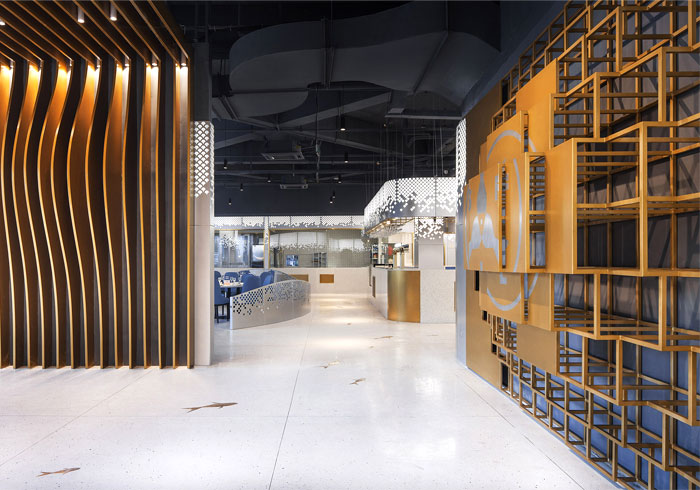 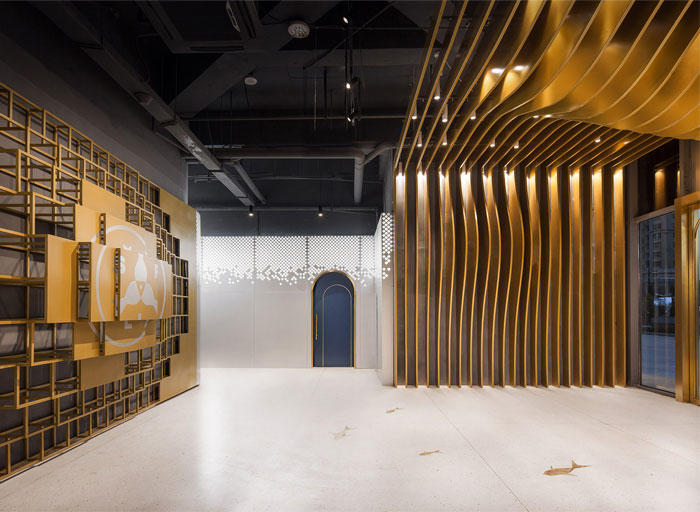 The site of the restaurant is located on the ground floor of a newly built high-rise near Wenzhou Airport, which was originally designed to function as corporate office. The facade of the building is covered by silver aluminum panels with glass-curtain walls, which lacks a basic commercial atmosphere. Respecting the building operator’s management requirements, the designers followed using silver aluminum panel as the main material for the facade renovation of the restaurant, and decided to use light and small yet unique modifications to enrich the design with delightful surprise in order to blend into the whole building. 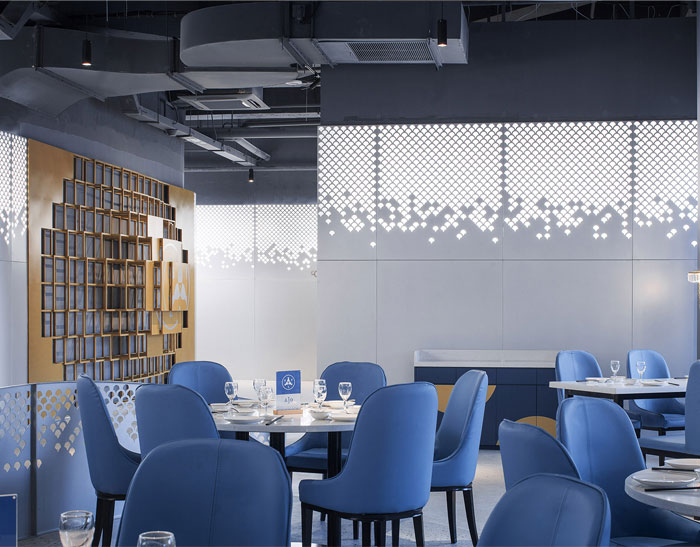 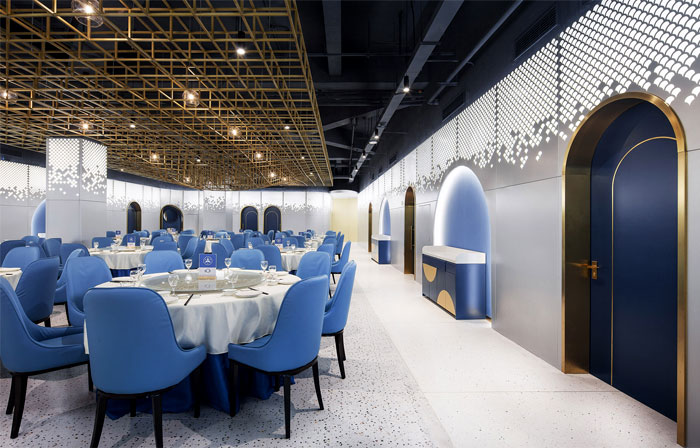 Topos Design Clans worked with the visual designer to create a pattern of fish scale as the essential visual element. The parametric design team then developed a code-base principle to arrange the pattern, which would reduce the pattern’s density from top to bottom, to create macro-gradient waving effects. In cooperation with the construction team, Topos Design Clans prefabricated the perforated aluminum panels. Each piece was then arranged by the same combination of sub-patterns, similar but different. After all the pre-made panels were installed, the facade resembles the shimmering sea when backlights illuminate. 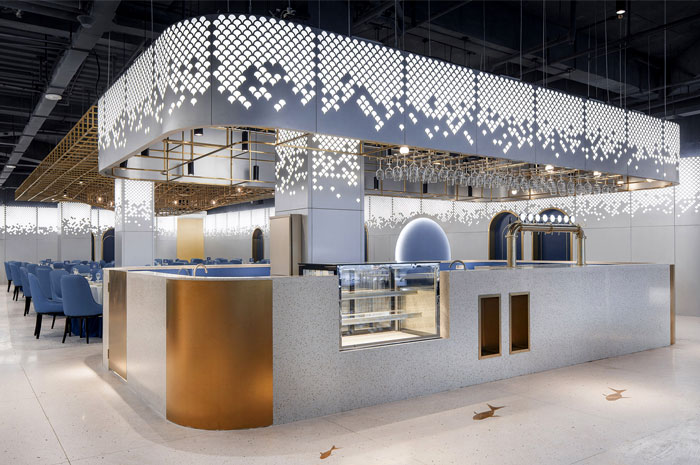 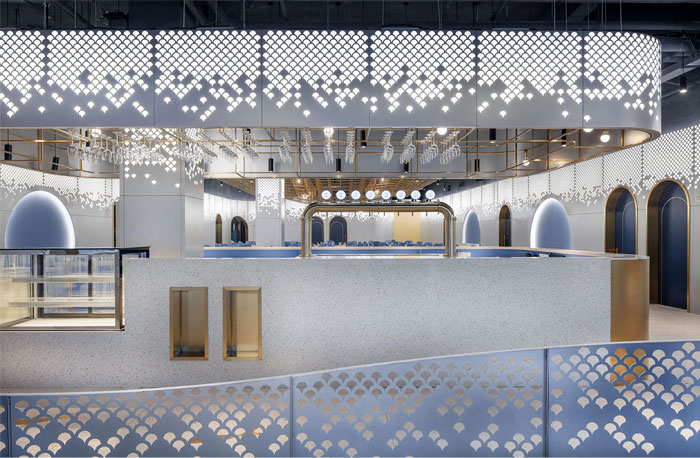 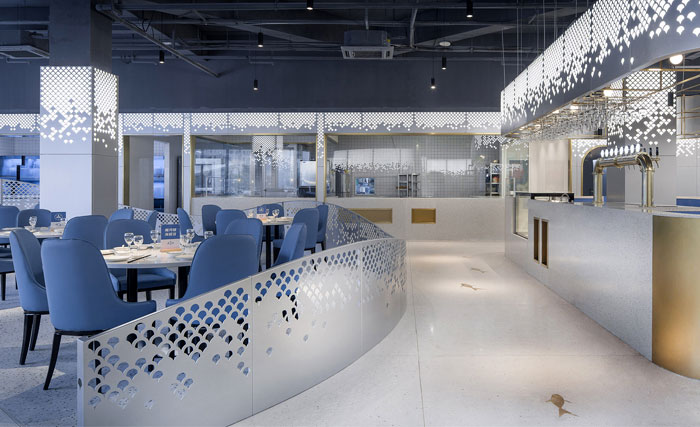 There is a set of golden light appears at the main entrance under the hanging canopy. The golden aluminum door illuminates the dull dark ash of the building. Through the glass, there is a cluster of undulating cubes radiating with light, as if it were the sun rising slowly from the sea. 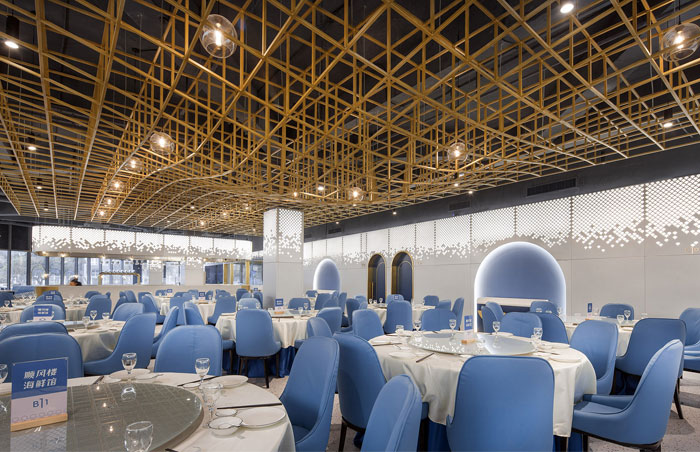 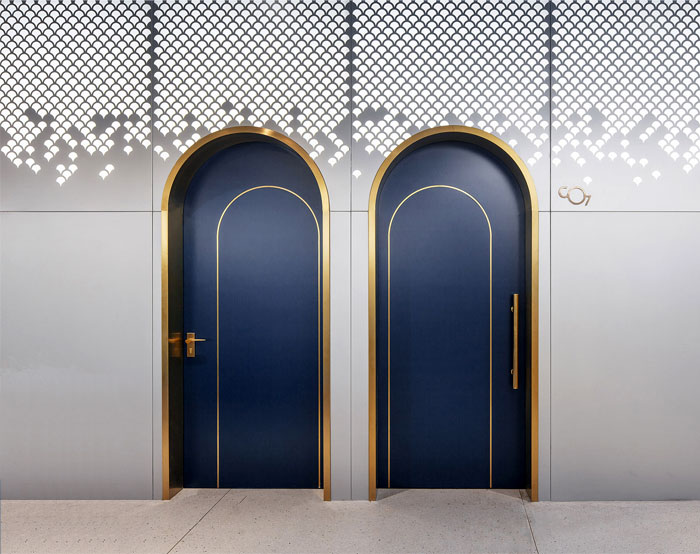 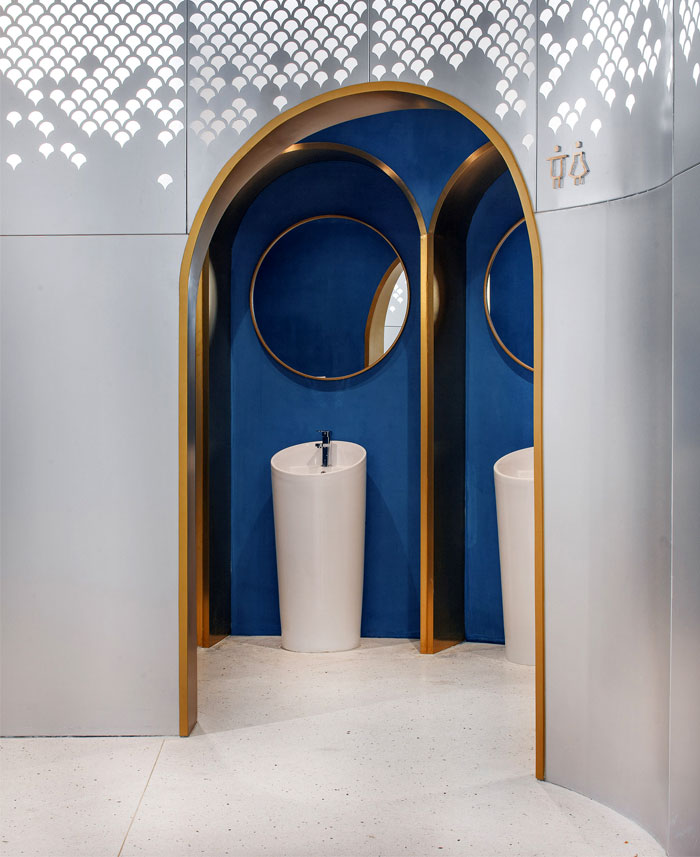 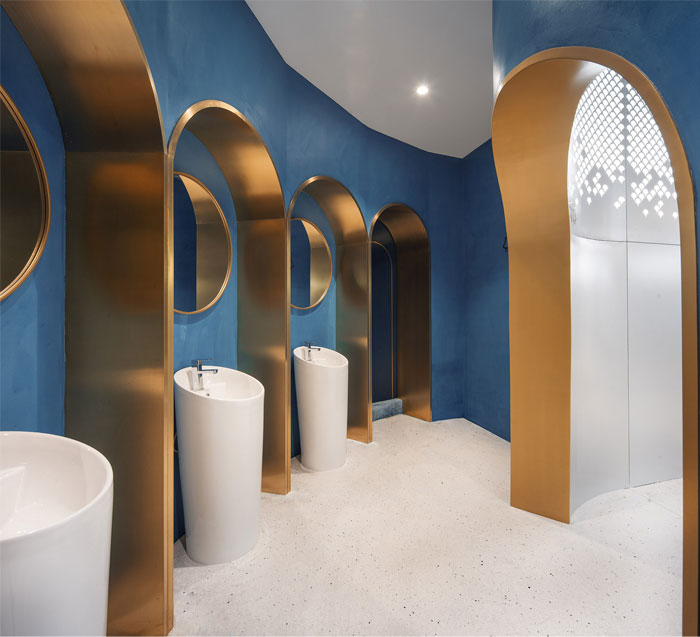